I am, decidedly, not a keyboard geek. I don’t know anything about the different switches used in keyboards. And up and until the past few years I would have thought it a joke for anyone to prefer a mechanical keyboard. This, then, is not the review that a keyboard nerd wants to read about a […]

I am, decidedly, not a keyboard geek. I don’t know anything about the different switches used in keyboards. And up and until the past few years I would have thought it a joke for anyone to prefer a mechanical keyboard. This, then, is not the review that a keyboard nerd wants to read about a hot new mechanical keyboard. This is the review for those that just don’t understand what all the hubbub is about — which is exactly where we begin this review.

In the past I experimented with the Matias Laptop Pro keyboard and [concluded][1]:

> The Matias made me a worse typist, with a worse looking desk. That’s the worst.
> Maybe I’m just not nerdy enough for a mechanical keyboard, so I typed this on one of my six Apple Wireless keyboards instead.

Then I vowed not to try another mechanical keyboard because I simply cannot stand cords. This is not solved with the [CODE keyboard from WASD Keyboards](http://codekeyboards.com), but there was something about the way this keyboard was marketed that hooked me. Maybe it’s the backlight, maybe the removable cord, maybe it’s the DIP switches for changing settings, or maybe I’m not as happy with the Apple Wireless keyboard as I thought. I don’t know the reason, but I wanted to try it.

With the Matias I became a worse typist. After a substantial amount of time using the keyboard at my office I was still missing keys, making errors and feeling fatigued after typing. It drove me nuts. I have been typing most of my life, I should not have to “learn” a keyboard.

When I first plugged in the CODE I typed my complex, lengthy OS X password and, to my surprise, nailed it on the first try. There has certainly been an adjustment period but as I write this sentence, two days into my testing, I feel comfortable using the keyboard. I’m currently typing below my normal speed, however, I don’t feel that the keyboard’s design is forcing me to make errors.

I’ve now had the CODE for about a week, and I like this keyboard even more. In fact I like it so much that I often bring it home with me after work — I just don’t want to use another keyboard.

And then, as I finished typing that sentence I picked up the keyboard to adjust it and the USB cable came loose. Upon inspection, the port itself had come unsoldered from the board.

While I waited for a replacement to the CODE, I went back to the trusty old Apple Wireless. I immediately hated it. The key travel was too short, and everything started to bug me. So I went ahead and grabbed a [DAS model S Professional from Amazon][2].

This section of my CODE review will be about the DAS, while we wait in “real time” for the replacement CODE to arrive.

There’s three things you immediately notice about the DAS that doesn’t stand out on a keyboard like the CODE:

1. It’s huge. With the ten key off to the side this keyboard is substantially wider. Add to that the overall bulkier look and you feel like your mouse hand is reaching off to China.
2. It’s really loud. I’ve only ever tried the “silent” version of clicky keyboards, but man is this DAS loud. The part the gets me is that the sound is more treble than bass and I am not sure I will be able to stand it while I wait for a new CODE.
3. The lettering on the keycaps is quite different. I’ve yet to decide if it is different good, or different bad.

The real question is how does the CODE compare to the DAS. In that respect the CODE blows the DAS out of the water. There is a lot to like about the DAS, but the added noise is just too much for me, the pigtail USB port is ugly and cumbersome, and the overall size of the DAS is obscene.

I think the DAS is a solid keyboard, but had I started part two of my journey into mechanical keyboards with the DAS, I don’t think I would have become a convert.

WASD keyboards repaired my CODE (they are currently running 4–12 months on backorders for them) by replacing the dislodged port and sent it back to me looking perfect. The repair took about a week with shipping times.

Now that the CODE is back I can run the test that a ton of people have been asking me about: noise. A lot of you asked that I record the noise from the CODE and the other keyboards I have, but I don’t get why. The reason being: you can turn the volume up and down on a sound file.

Instead I put a decibel meter to each keyboard. Actually, I downloaded a decibel meter app on my iPhone 5S, taped my iPhone to the shock mount of my podcast mic, and stationed the iPhone microphone 16 inches above they keyboards and recorded the peak dB reading. ((The test was typing the same sentence three times in a row on each keyboard.)) Here are the results:

Update: Sorry, I was not aware decibels are measured on a logarithmic scale, and thus my math above was not correct — not even close.

For the most part, the Apple Wireless keyboard is silent in an office. The CODE can be heard, but I don’t think it’s an annoying sound. The keystrokes are more bass than treble and they sound solid.

The DAS, however, has a much louder, higher pitched sound than the CODE. The sound of the DAS sounds a bit cheap if you ask me, almost plasticky. I find the DAS sound annoying but after a couple of days I got used it enough and was no longer bothered.

While I prefer a nice and silent keyboard, the sound of the CODE isn’t enough to dissuade me from using it. The DAS is likely to annoy people around you if are in remotely close proximity.

Of the keyboards I tested recently: the DAS, that crappy Microsoft thing Marco likes, the Apple Wireless Keyboard, and the CODE, the only keyboard I absolutely adore is the CODE. It’s unfortunate that they are on back order because I’d like to have two of them.

> More CODE keyboards will be available in approximately 4-6 months. Our next batch will include Cherry MX Blue, Brown, and Green switches. We do have Clear switches on order, but due to long lead times from Cherry, we do not expect another batch of Clear CODE keyboards for another 12-14 months.

A YEAR OUT! Crap.

The Apple Wireless will still be my go-to when I need a keyboard for the iPad. For everything else, I’d be very sad to type on anything except the CODE. 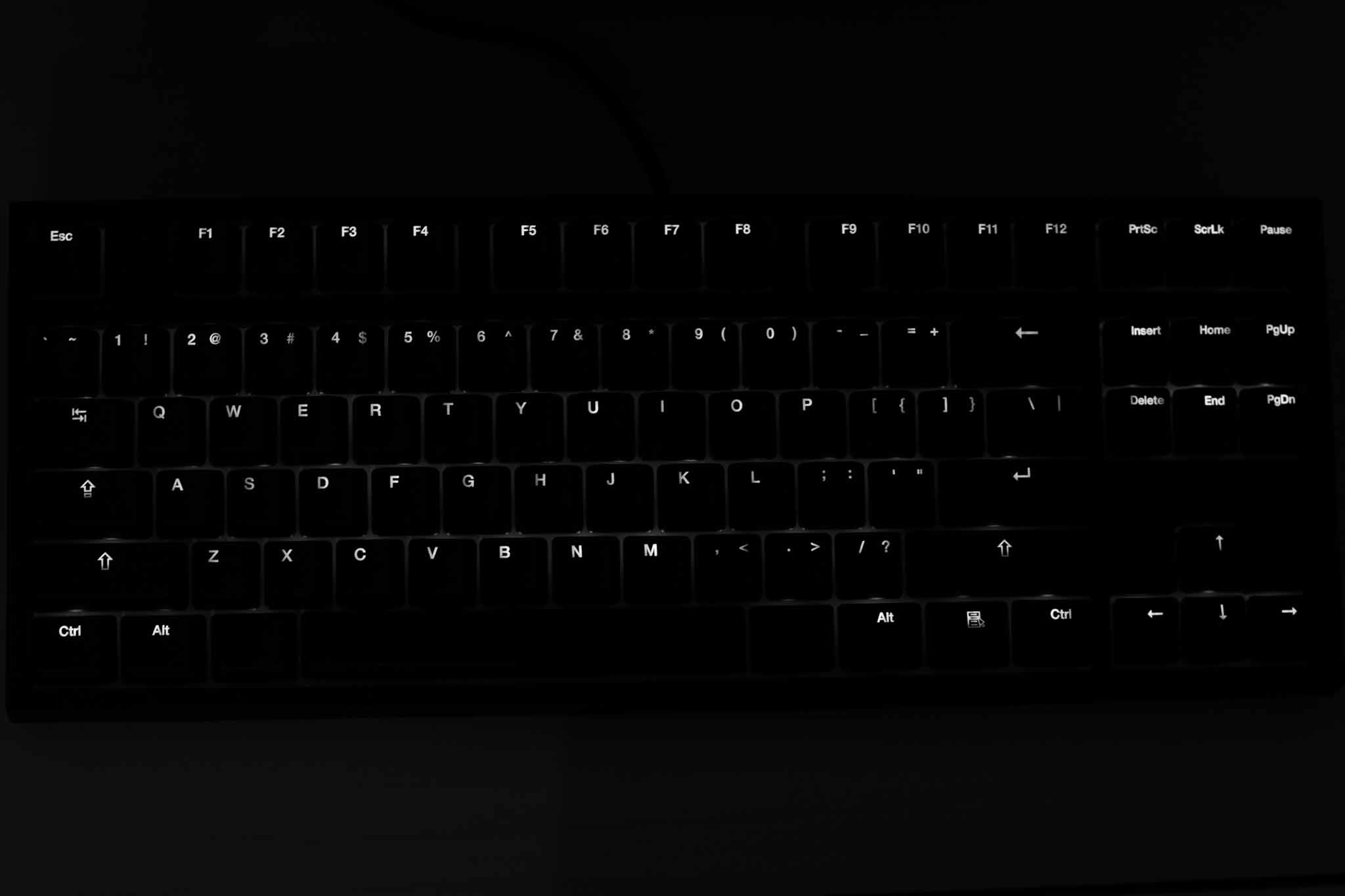