This is going to be an analysis, more than review, of one of the ‘hottest’ cameras to come out: the Fujifilm X-T1. It’s an analysis because this camera has been reviewed to death. That said, I wanted to share a few of my thoughts on this new camera and take a practical look at what […] This is going to be an analysis, more than review, of one of the ‘hottest’ cameras to come out: the Fujifilm X-T1. It’s an analysis because this camera has been reviewed to death. That said, I wanted to share a few of my thoughts on this new camera and take a practical look at what type of person this is ideally suited for.

Overall the camera feels absolutely great in my hand. The balance, grip, and size are very well done. It feels solid too, but also light weight. As far as handling, it is near perfect for me. I personally think the camera balances best with the heavier 23mm 1.4 lens on it, but the 35mm 1.4 makes for a really nice and light setup if weight is of concern. 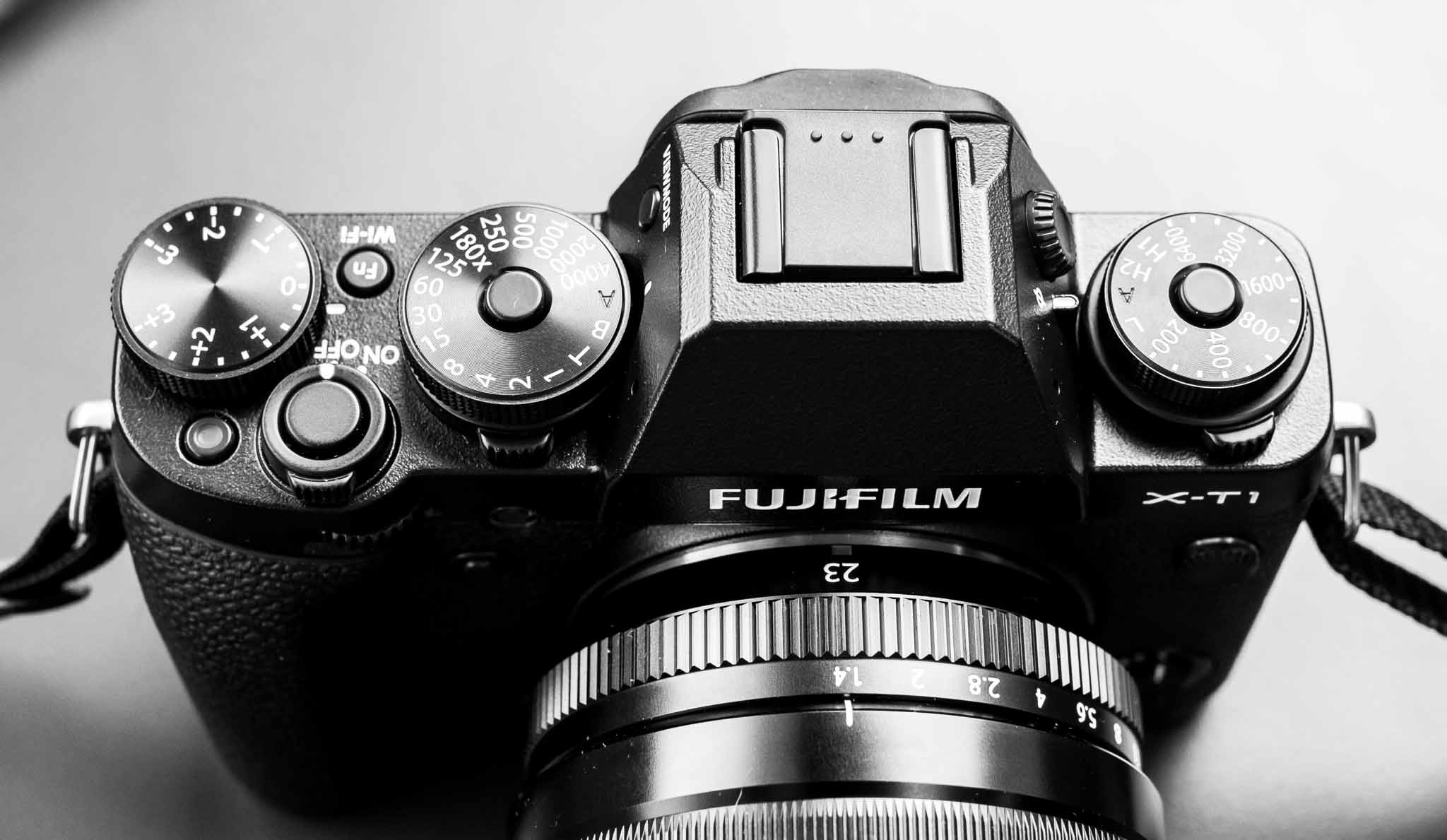 The big draw of this camera is the fact that it has more manual dials on it for controlling camera settings. While it is rather overwhelming at first (a lot of what’s this, where’s that), within an hour or so of shooting I became very well accustomed to where and what each dial was — and in fact was really enjoying them.

I do have a few concerns on the button and dial front:

While I am trashing the camera a bit, there is also a rubber cover on the bottom that the grip connects to — yeah, that is going to get lost.

Ok, that’s the extent of my complaints — seriously — because I love everything else about this camera. It is very fast, handles exceedingly well, and the quality is excellent (just as the X-E2 is). And that viewfinder is to die for, but you’ve read about that before.

The big question I had about this camera is where it fits. That is, who should buy this camera? After using it for a week I came to the conclusion that this is a camera I would absolutely love to own, but not one that I would be likely to carry around as much as I do the X-E2 (which goes almost everywhere with me). While the two cameras are almost physically the same size, the addition of the viewfinder hump makes the X-T1 just too unwieldily as an everyday carry. It’s the change that moves the body from ‘kind of svelte’, to ‘you’re not stashing this away’.

This is a camera that you purposefully choose to carry. When you get into that realm you start talking about Sony A7s, Olympus E-M1s, and of course all of your traditional dSLRs. That’s a huge market, and one that I am not going to tackle.

Instead, I look at this camera a lot like a prosumer dSLR — and in that light how does the X-T1 stack up?

I am a big Canon guy, so for me if I was looking to own an X-T1 I would also be comparing it with a Canon. Which brings into consideration the 5D MKIII, 6D, or 7D cameras from Canon — the price difference alone on some of these makes the decision easily in Fuji’s favor. But let’s ignore price for this.

For me the real question here is whether the X-T1 would be a good option for someone to buy instead of one of those Canons listed above. These are cameras that are a bit too large to carry all the time, and yet are serious about taking pictures. The Canon’s across the board will take better video — not even close — so I want to caveat that now.

The X-T1, then, offers something that the Canon lineup cannot: fun.

I shot for many years with a Canon 5D, and I can tell you that I never enjoyed shooting with the 5D as much as I have with the X-T1. Canon’s are made for you to trust the camera, and the X-T1 seems to love you even more when you flip to manual and stop trusting it.

The Canon wants to do things for you, whereas the Fuji wants you to take charge.

It’s almost like the difference in car gearboxes. Point and shoots are all automatics for the most part, and SLRs used to be the manuals. That’s shifted, where now I see most dSLRs (certainly the ones I mentioned) as more of the sequential-manual gearboxes (the flappy paddle gearboxes as Top Gear would say). That is, you can still mostly control everything, but there’s a purposeful computer there to make sure you do it right. In that sense the X-T1 truly can be a manual transmission. It’s fun because you can make mistakes with it, but also because when you get it right, you really get it right and there’s a wonderful sense of perfect harmony there.

Yes the sensors are bigger on some of those Canons, but I can tell you without a shadow of a doubt that you will enjoy taking pictures more with the X-T1 than with any of those Canons.

Unless you are faced with the most demanding of situations for cameras (either sports, weather, or needing as much image quality as possible) then I don’t see how the X-T1 isn’t the better tool.

We’ve come to a point with cameras where the image quality of the top of the line cameras is so good, that the sensor sizes are mattering less and less. The E-M1, X-T1, A7 cameras all offer superb image quality. You’d have to really look to find issues in any of them for most any shooting circumstance.

This is excellent news for anyone who loves cameras, because that tech will not only trickle down, but it means you can just buy the camera that you like the best and rest assured it will serve you well even if you want to try and be a “pro” photographer some day.

I like the X-E2 better, but that is only because the sensor is the same as the X-T1.

Buy it at Amazon, or B&H Photo and you help support the site.