Everyday I interact with, use, carry, and yell at an immense amount of devices. Most of these devices have either been directly purchased by me, selected by me, or something of that ilk — I’ve had a hand in them being in my hand. I don’t always make the best picks, but I usually know […]

Everyday I interact with, use, carry, and yell at an immense amount of devices. Most of these devices have either been directly purchased by me, selected by me, or something of that ilk — I’ve had a hand in them being in my hand. I don’t always make the best picks, but I usually know when I have made a great pick and I usually toss aside any crappy picks quickly.

And as I was on my thinking throne the other day, I pondered which of all these devices is my favorite of the lot. I sure love my iPhone, or my Fuji X-E2, oh and my retina MacBook Pro is fantastic, can’t forget the iPad either.

Which is my favorite, and perhaps not only just my favorite right now, but which device, which thing, would be my favorite of all time?

That’s a really hard question because the human memory is pretty shoddy. We tend to weigh recent things as more important, and forget many of the other things along the way. We are biased towards what we have now, even if an older thing may have been, or still be, a more favorite thing.

I kept on going too, adding everything I had a fond memory of, I seemingly opened the flood gates of devices past — though most still within the last ten years.

The Powerbook was a legend, it was the computer that made me start carrying a laptop everywhere. The iPhone changed how and what a phone should be — perhaps even how we should interact with most devices. The original Palm Pilot showed the power of having something small and always-on with you. The iPod broke my mind with how many songs I could carry on it. The Canon 5D was/is so perfect in so many ways that it compelled me to actually learn photography, instead of just take pictures.

I could go on. Picking more devices and looking at what they changed for me, and that which makes them one of my favorites. But none of those, as close as they may come, is my favorite of all time.

No, you see, to get to my favorite device of all time we need not look back into that annals of devices past, but only back less than a year.

It’s got LTE, 64GB of storage, it’s break-your-mind-thin, retina, white. When I pick it up, when I hold in my hands, I dare not stop to think about the device because doing so makes me smile like a kid who just snuck extra dessert. I grin not because I love this thing, I grin because this thing is not only what I wanted when I was a kid, but it actually goes beyond what I imagined possible when I was a kid.

I breaks my mind.

And yet this device is only scratching the surface of possibility.

The device, of course, is the iPad. In this particular case my iPad Air, but you can pick the retina iPad mini if you want, both are equally fantastic. 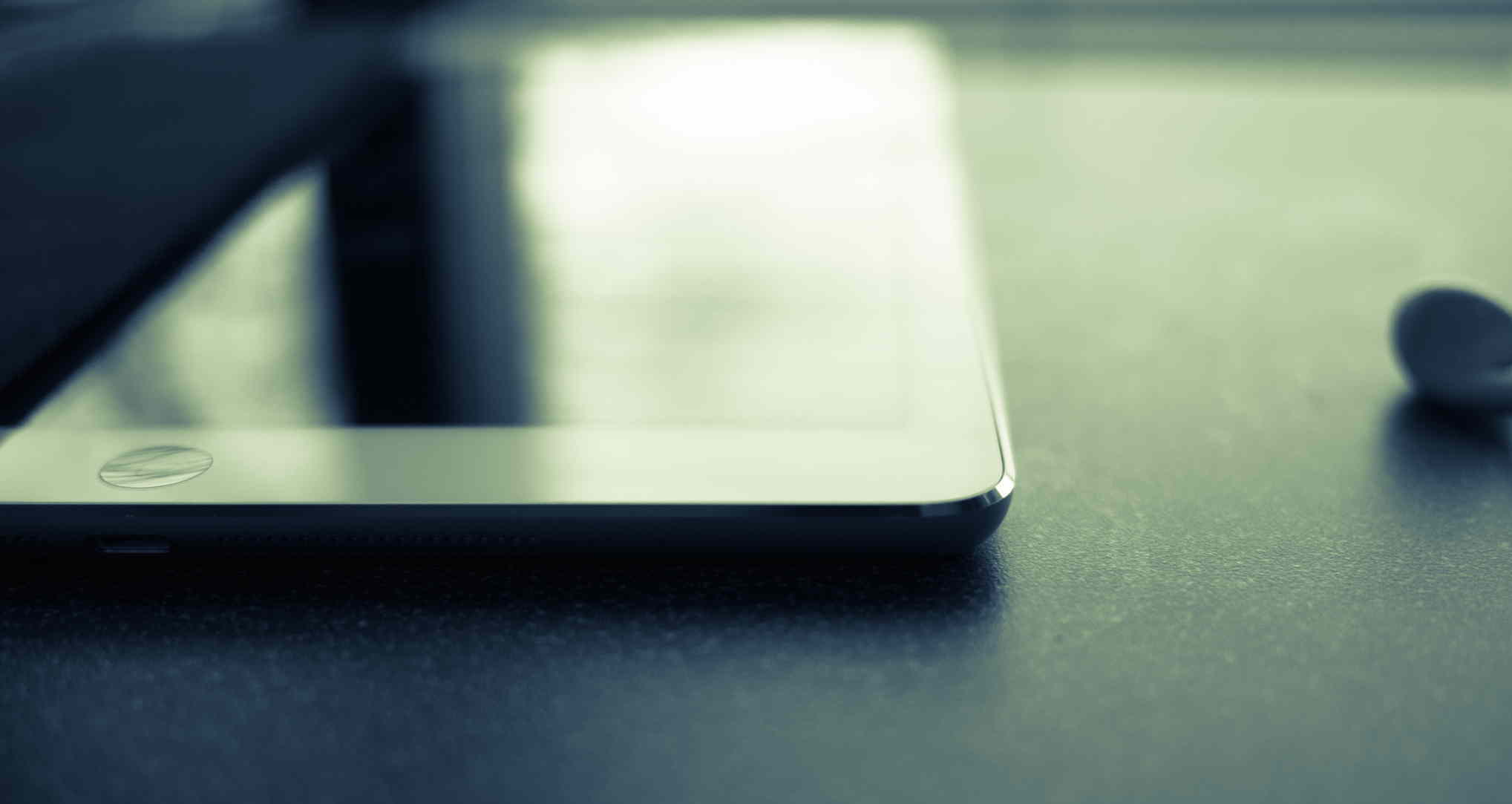 Yes, the iPad over all those other things in the world.

I’ll let you in on a little secret about the iPad: it always feels like magic.

The odd thing, that hard thing, to wrap your head around — at least for me — is that of my all devices I have around me, my iPad is the least used. Yet, it’s still very much my favorite.

No, the post was outlined on my iPad, but only after rough notes were taken on my iPhone.

If I lost the ability to ever have an iPad again, I would miss it, but I wouldn’t miss a beat. I can’t say the same of my iPhone or Mac.

And still, once again, I must state: the iPad is may favorite device ever. It’s not the best, but it is very much my favorite.

As I said: the iPad is a bit of magic.

Because the thing about the iPad is that while it does no one thing well — it can do just about every single thing I want or need to do on a daily basis. The same simply cannot be said about any other device I have ever owned. ((Though the iPhone is very close.))

The iPad can not only edit photos and videos, but it could also be the only device I use to capture photos and videos. I don’t do that, of course, but plenty of people do use their iPad that way. Just open your eyes the next time you are in a photogenic crowd.

I can even make and receive phone calls, text messages, and video calls. Sure, maybe only between iOS devices, but iOS devices are becoming as ubiquitous as Windows XP once was, so that limitation is really becoming less of a limitation.

You see my iPad really is a digital sheet of paper, but it also — just so happens — to be a little super computer as well.

And that’s really what makes it feel so magical.

There’s quite literally very little that I ever need to worry about with my iPad. Charge it? Sure a few times a week. Want to do something on it? You likely can do that something, but it may require an app or two. Internet: always there, always fast.

And that’s not a factor of the device doing a lot of things, but doing those things poorly — it’s just a fact that I happen to have other devices always near me that: either do the task better/faster, or that the other device is more convenient (iPhone perhaps).

Sure, that may not sound like a compelling reason for the iPad to be my favorite device, but take the cover off of your iPad (if you have one), it doesn’t matter the model.

Don’t even bother turning the screen on.

Just hold it a bit.

Just think about everything it can do.

I can’t let myself do that exercise too often, because I always find myself with the overwhelming urge to wipe everything from my desk and just put the iPad down in the middle of my desk. As if I have suddenly reached the plateau where my desk is on par with Picard’s.

My, is the iPad a magical device.

And I’ve been giving this a lot of thought. This idea that something can be so loved by me, so favored, and yet be used so little. It’s not a matter of the device needing better apps, or specs.

It’s just a matter of the device being a little ahead of its time. I’m used to carrying a large phone around with me everywhere because the first smart phones that I carried for so long were huge in comparison.

So carrying my iPhone is no problem at all.

I’m used to toting my laptop to and from work and on short vacations because the laptops I toted around before were so large and cumbersome.

I’m just not used to toting around an iPad. First because it is a device that’s only existed for four years. I have no device to compare against. I can’t say it is lighter, or thinner, or better than what we used pre-iPad.

Because the truth is, we still don’t know what the hell we are doing with the iPad.

Yes, there are a great many apps that push the envelope of what you can do with the iPad, but those apps are still only scratching the surface.

Because perhaps that magic I feel when I hold the iPad is a feeling of potential. If you allow yourself to stop and openly think about the iPad what you realize is that in almost all cases it should be the better way to do a great many things.

The list of what the iPad is and should be better at is boring because individually these tasks themselves are boring. But taken together the list is compelling.

It’s so very close, and the magic is palpable.