The iPhone 6 plus is truly a pocket computer — it’s amazing.

When the iPhones 6 and 6+ came out I thought that big iPhone was pretty silly. While I didn’t get it at the time, but I was intrigued by it. There had to be a reason for a larger-large screen iPhone, but I couldn’t comprehend that reason. I did the paper mock up print outs to see, and that made me even less sure of why such a large device would be made.

Even though the iPhone 6 is a better size for carrying, after a lot of time spent considering this I moved to the iPhone 6 plus, because it is a far better tool.

Pros and Cons and Shit

Let’s list some really annoying things about the iPhone 6 plus here:
– using it one handed is a joke
– it literally doesn’t fit in some of my pockets
– might as well use an iPad as a phone, you look just as silly.
– it fits no where in my car

Of course we know there are good things too:
– it has better battery life
– it has an optical image stabilizer for the camera
– it has better landscape support
– things are roomier

Whatever that last one means, that’s the basic gist of the iPhone 6 plus: bigger in both good ways and bad ways.

So Why the Fuck Did I Just Trade for One? 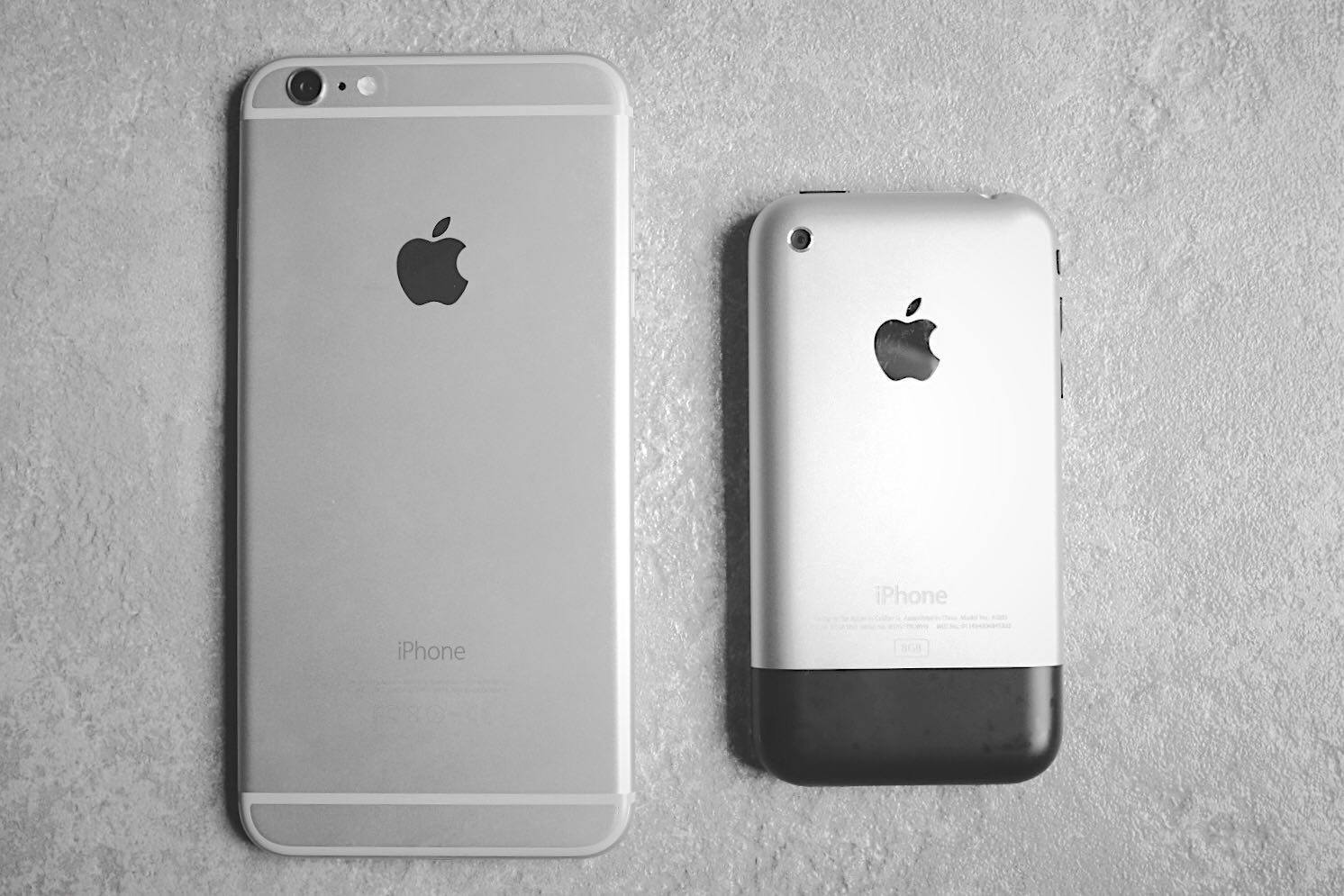 That’s a good question, and probably why you are reading this. I could bullshit you and tell you that I bought it for the battery life, or because I am a blogger and wanted to know, or because my job is such that I should know how the larger device works, or even that as a camera nerd I wanted the better camera.

But any of those reasons would just be pure bullshit. 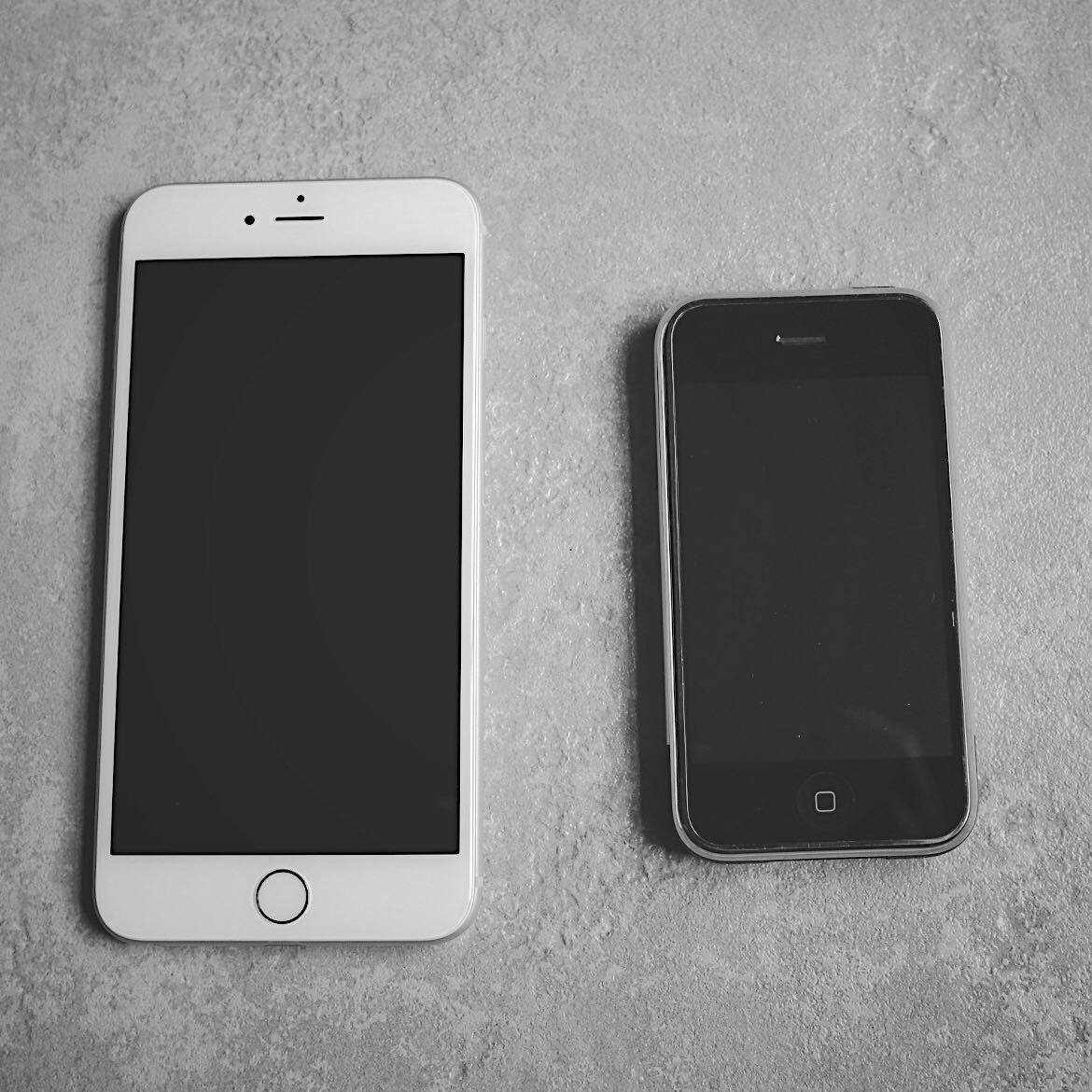 I used to, as a matter of my job, get most of my work done either in PDFs or on phone calls. PDFs suck on any iPhone, so my iPhone was strictly for phone usage. So I kept the phone small so I could keep it on me making it easier to hold to my ear. I bought the 6 with the assumption my career change wouldn’t change my usage much, but that assumption proved wrong.

Now my work is mostly done in Slack and Skype. Barely any PDFs and even fewer actual phone calls. I also work with a lot of people in time zones ahead of mine. So when I wake in the morning stuff is already going on, not waiting for me. The best way to catch up is with a lot of reading of Slack chats, typically on my phone. 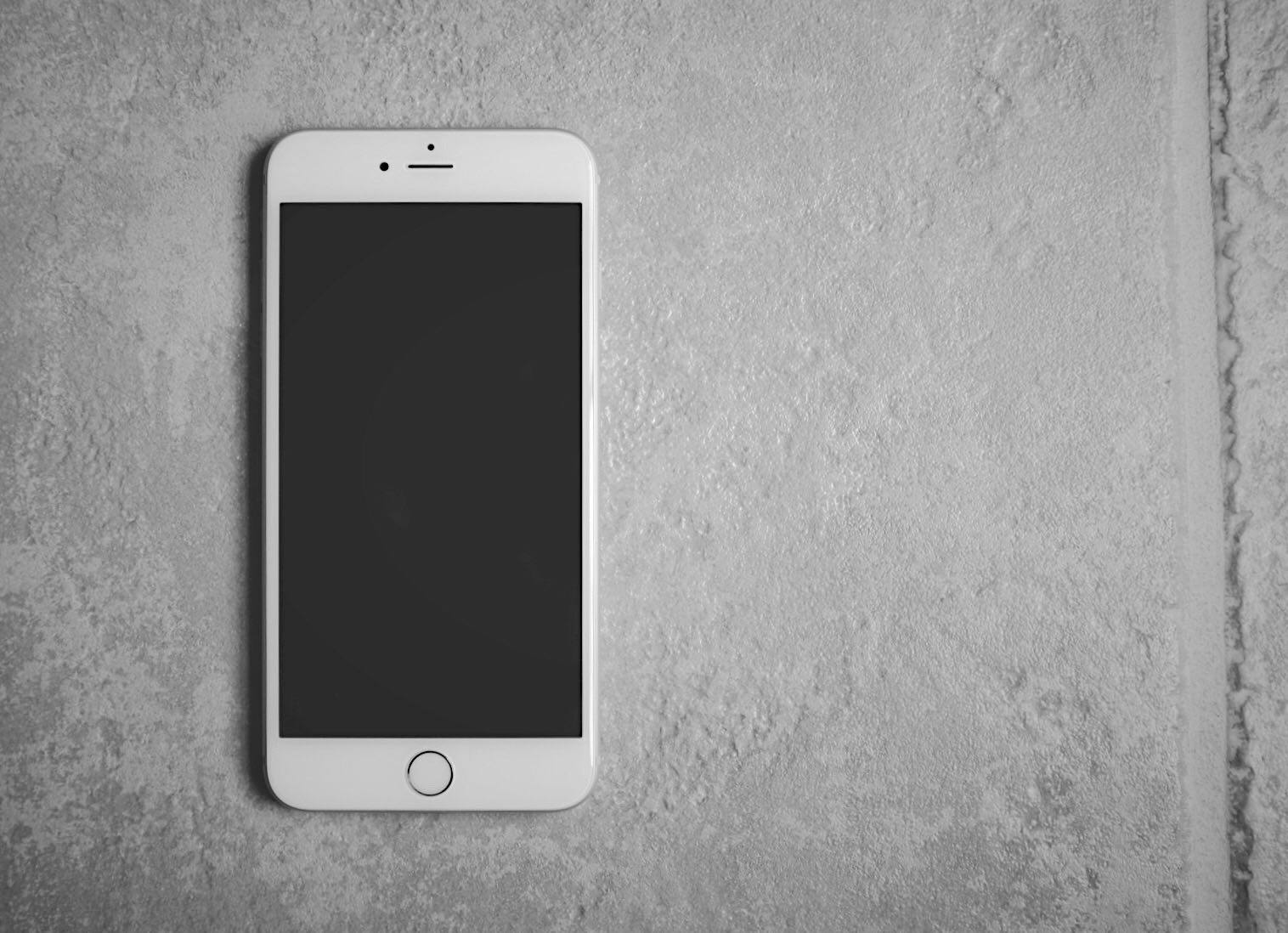 That’s tedious at best on an iPhone 6, so I typically found myself toting my iPad Air around the house, which is a real pain in the ass when you also have two little kids to watch after. ((I watch he kids for an hour or so every morning before I sit down at my desk. Also the Slack iOS client is far better than the Mac client.)) Ok, so what to do? I wanted to have better thumb typing, but still have a nice big screen to look at. So I surmised that the iPhone 6 plus might achieve this — and after seeing coworkers loving theirs, I decided why not. ((Some of you are likely screaming: iPad mini! Well I have one, an original one, and I’ve never been a fan. It’s too awkward of a size and buying a modern one for better reading would mean I literally would have dedicated Slack iPad — and that seems even more silly than anything else in this post — a high bar for sure.))

I found a trade partner, and we swapped without issue. We’re both happier now. ((Thanks!))

So I now use a ridiculously big iPhone 6 plus and I bought it because I use Slack so much. But I’m glad I have it, because it’s better than the iPhone 6 flat out. I feel sorry for iPhone 6 users — poor souls not knowing what they are missing.

WHY IS IT BETTER ALREADY? 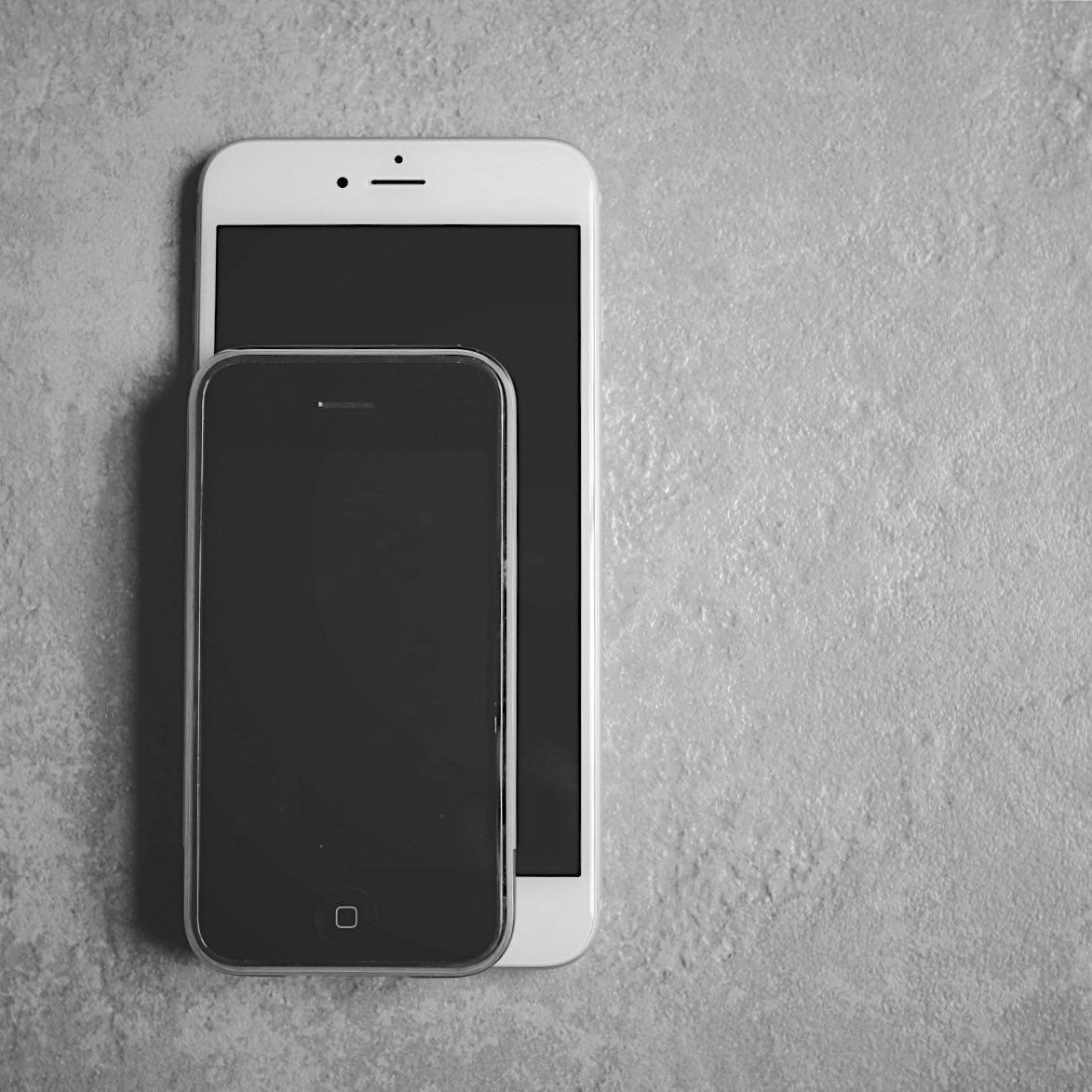 Right, well, all those reasons I listed as a pro for the iPhone 6 plus at the top of their article? Turns out they are all true, and that I severely underestimated the importance of each of those pros, while simultaneously overestimating the cons of the iPhone 6 plus.

For starters the battery life is phenomenal, not just better. With the 6 I would end the day around 10-20% remaining battery life. With the iPhone 6 plus I have about 40% remaining at the end of the day, and I use the device more. Truly remarkable to not feel limited by the battery anymore and to no longer feel the need to carry a battery backup. Think of this like the difference between an iPad battery and a traditional iPhone battery — as the 6 plus heavily errs towards the iPad battery life side of the scale. It really is that profound.

The camera, oh that’s an interesting beast there. I thought the 6 camera was good, but this camera is great. I get sharp pictures in low light with very low noise. Again, remarkable, but I get something more: motion blur. I can snap a photo with a slow shutter and have everything not moving be sharp. I couldn’t get that without a normal camera before — even with some of the special apps — because there was no optical image stabilization, but on the 6 plus there is, and it really shows. My 6 plus pictures aren’t just better than the iPhone 6, they are often entirely different.

The keyboard and the screen is what the 6 plus is really all about. It’s easier to type in portrait, of course that’s not true of one-handed use (more on that in a bit), but if you use two hands the 6 plus is better. The screen is bigger so all those stupid tiny text fields are easy to read and long texts no longer feel cumbersome or tedious to get through. It feels more like using an iPad, except that it isn’t crazy to try and thumb type on the device.

The trade offs though are also real. It’s too big for some pockets and uncomfortable even in some pockets it fits in. You really can’t use it one handed, not if you want to type or reach the top third of the phone, or drop it. So the reachability hack is very needed and welcomed.

None of the tradeoffs matter, because this phone fits how I work, which is typically at a desk. Plain and simple.

Where I work with my iPhone is usually a place where using two hands is no problem. For everything else I’ve not been annoyed. There have been only a handful of times where I knew the phone was too big, but that tradeoff is well worth the joy I get out of doing work in the 6 plus everyday. 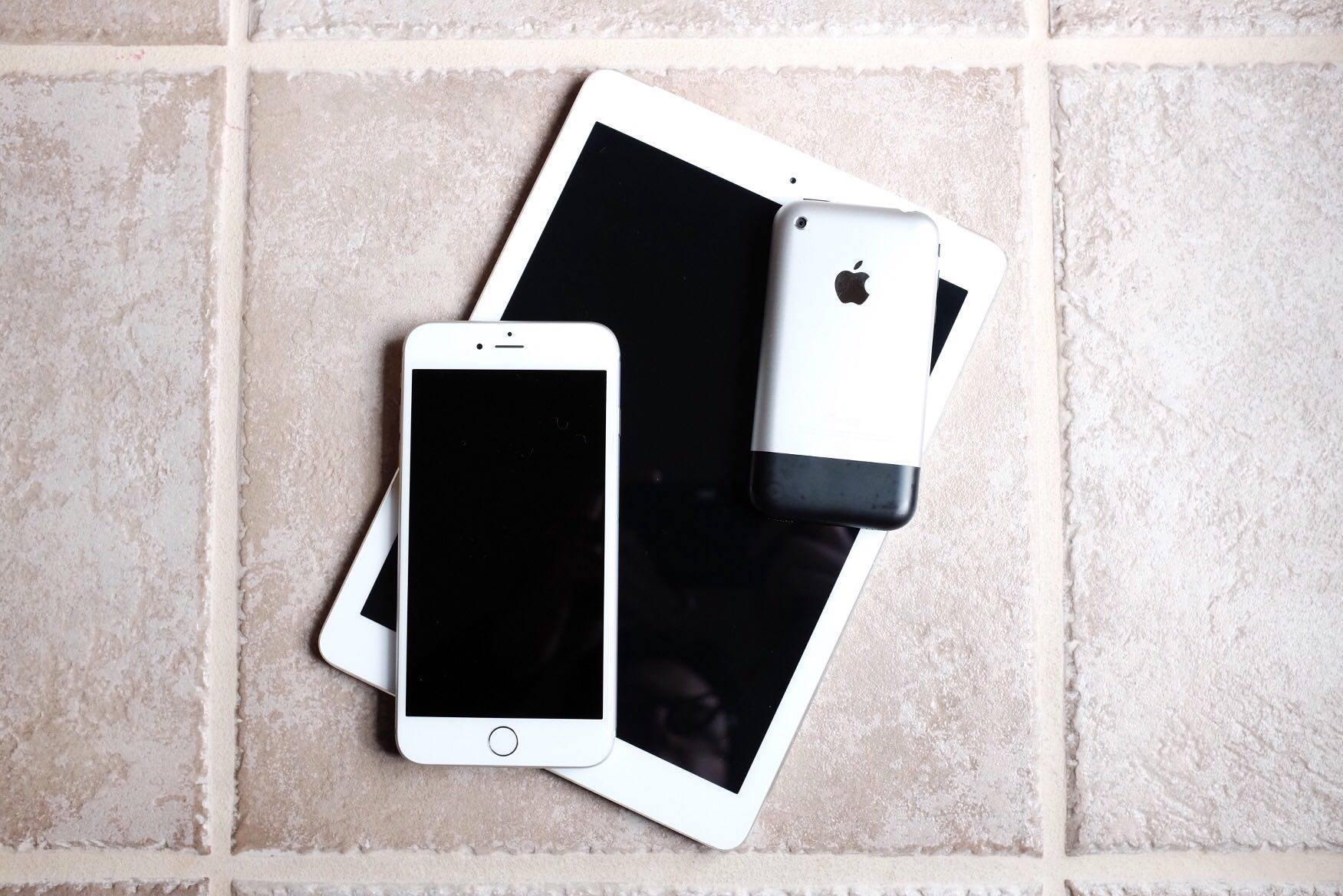 I used to brag that I could do all my work on my iPad with ease, and while that is more true today than ever, it’s also becoming very true for my iPhone, but not that small 6, you gotta get the plus. I feel sorry for people still using those puny iPhones.