I found a pretty great bed for my asshole cat.

Technically he isn’t my cat, he’s my wife’s cat, but ask anyone (including the damn cat) and he is my cat. You see my wife had a cat when we met, this small, shy, skittish cat named Mojito. Overall, ‘Mo’ was a pretty good cat, but she had one fatal flaw: she liked to spit up.

I don’t mean puke, because most of the time it was just this gross clear liquid, and you see she would shoot this crap all over our place if we left for any substantial period of time. Out all day? Twelve gross as shit piles of clear liquid. It drove us nuts.

The only thing which helped was cat pheromones called Felaway. This stuff worked well, but was expensive and was only good for us being gone for half a day. Progress, but not enough. It was so decided that getting another cat, would solve this problem.

Mo and Gim do not get along. And Gim, as it turns out, is violent enough that we can’t find a home for him. So Mo had to leave — for her own sanity — and went to live with my sister and her two dogs. Yeah, she’s happier in a house with two dogs than with that asshole Gim. 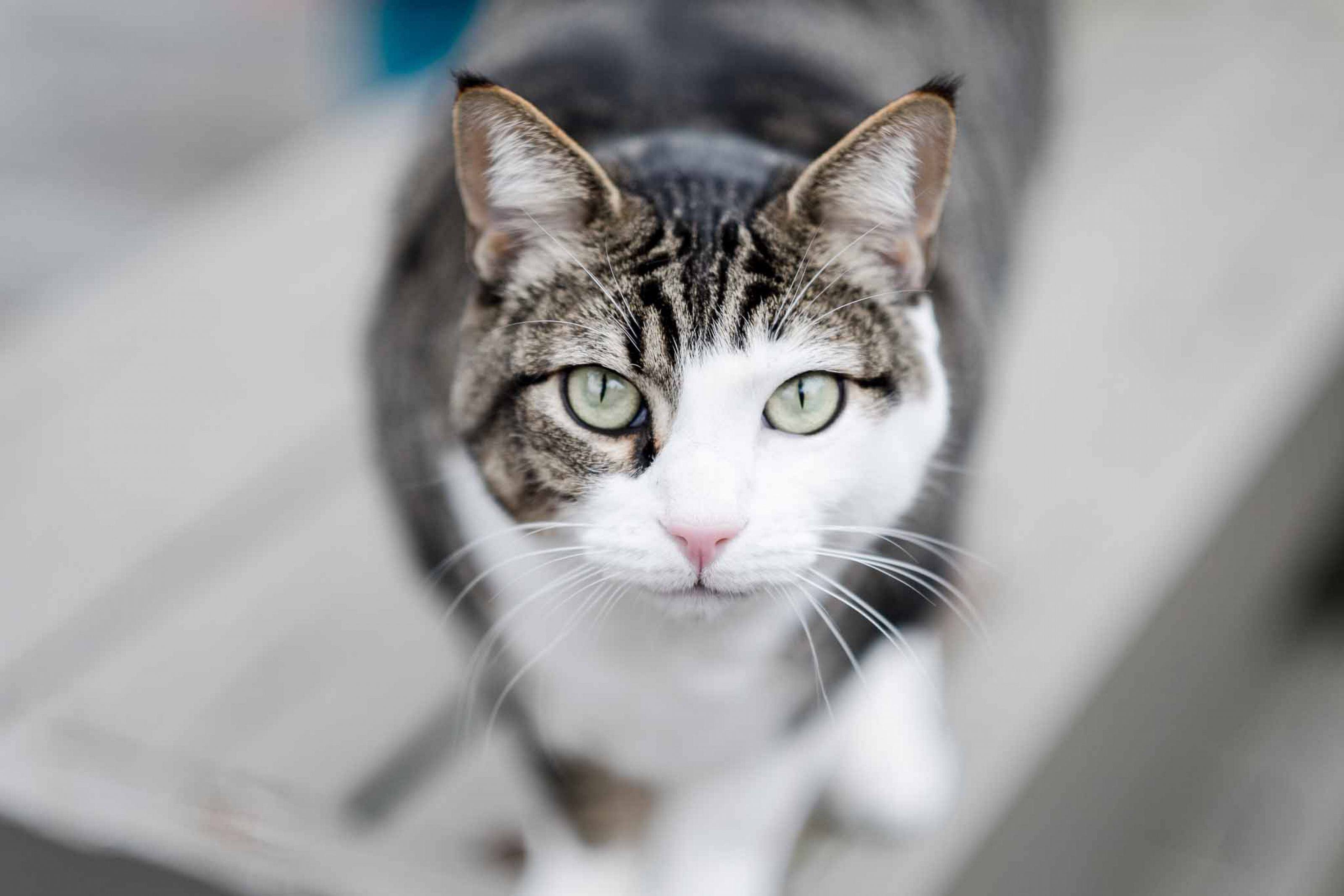 This turn of events made Gim quite happy, but he also had a new baby to deal with. And this baby really likes him, and at first he really liked her. She was just a blob who would coo at him and pat his head. But then she started crawling, which was mostly ok because Gim could get away. And then she started walking, and walking really well, and his tail — oh that was a prime target.

And with him being indoors only, well he had few places to run. So one day, as he was being chased by this child, he spun around leapt three feet towards her and dragged his nail from her forehead to her cheek — right over her eye, but luckily not getting the eye.

This made no one happy.

And so Gim started being an indoor/outdoor cat. Meaning Gim was outside whenever Sloane was awake, and inside at night when she slept. This was working well, until the asshole brought a ton of fleas into the house — twice.

And then we said: no more.

Gim is now an outside cat. And he’s still an asshole. We have deer which come to our yard, we all hate them, but no one hates them more then Gim. He’s a big cat, but he’s not a lion or anything — still he stares down the deer.

He’s a real asshole, but also apparently a bad ass too. Go figure.

During the day he lives outside, and during the summer he sleeps outside. But during the colder days, he sleeps in the garage each night (where his food and stuff is). In the years past I always made him a cozy spot when it started getting really cold. Old towels and some cheap thermal style bedding for him to sleep on.

Because for as much of an asshole as he is, he is still my cat, and he beats the shit out of raccoons — what’s there not to like? So I try to do him solids when I can.

Our weather just turned cold, with overnight lows well below freezing, and it snapped fast. Gim, has been looking a little poofy and cold. Towels never stay put, and so I decided to find him something a little warmer — but since my wife really doesn’t care for him I needed to keep what I buy really cheap so I wouldn’t get the look for spending money on that asshole.

Which, as this story turns out, is a really long intro in order to tell you I ordered this electric warming cat bed, and it’s pretty neat. Cheap too. That asshole won’t leave it.