A $40 keyboard that I expected to be crap, but turns out I am impressed with it.

I’ve been trying to convince everyone at MartianCraft that they really need to switch to a nice mechanical keyboard — rightfully many began asking which is the best Bluetooth mechanical board. Which is funny, because the serious mechanical keyboard market seems vehemently opposed to such an idea. However, it had been some time since I looked into it, and all I really knew is that the Matias Laptop Pro is ugly and huge, so that it was out.

That’s when I ran across this keyboard, listed on Amazon for $39.99 with Prime shipping. No, really, look:

So, it’s $40, mechanical, and wireless. Which is an insane value for the mechanical keyboard, or really a wireless keyboard. So what is it? 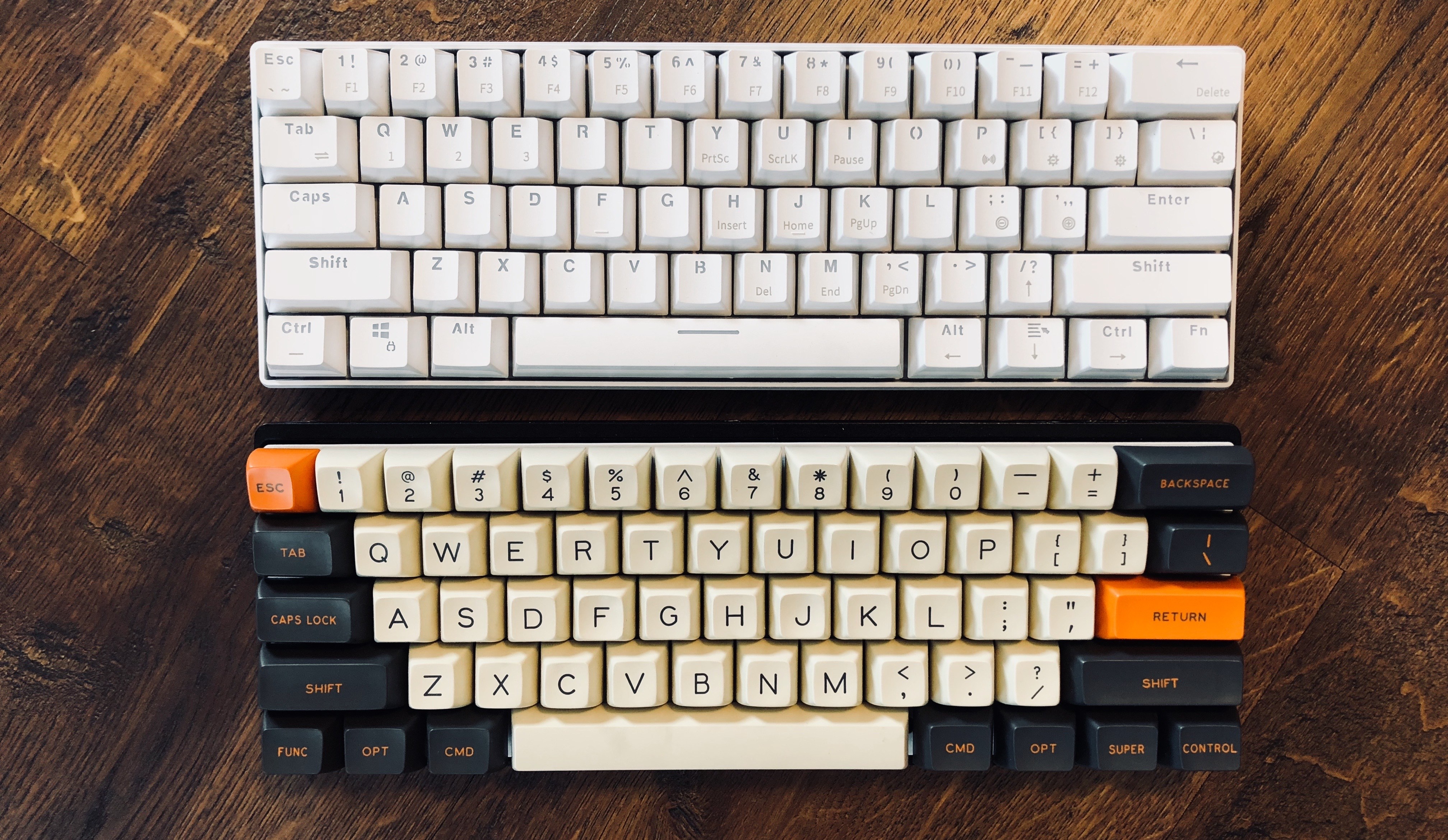 The keyboard uses Bluetooth 3.0, which means it can connect, or be paired with, three devices at once (you have to switch which one, which is done on the function layer). It has a backlight (the white model has an ice blue backlight). 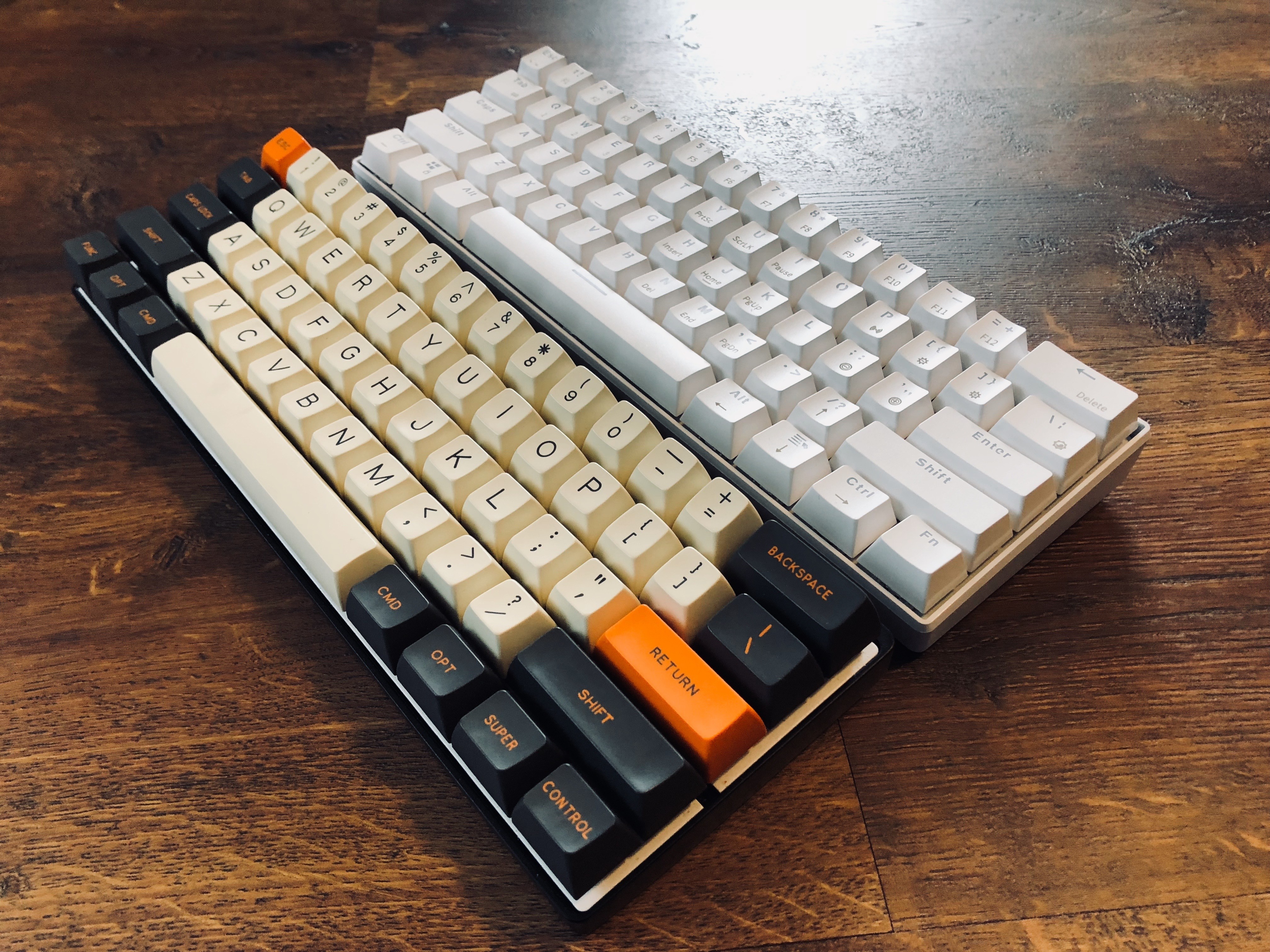 And it has “blue switches”. The stems are the Cherry MX stems, which is the plus style, with a blue color. I didn’t realize it was blue when I got it, but typing on it, it very much has a blue sound to it. I don’t have another blue switch around to compare against, but my memory tells me this is a much lighter press than a Cherry MX Blue, but it’s probably pretty close. The sound alone sure is.

The keyboard itself is a 60% keyboard with a function layer which is well labeled on the keys for users. However, this is a Windows only layout, thus there’s not flipping of the Windows and Alt keys for Mac users — that aside, the keyboard works just fine on iOS.

I really didn’t expect to like this keyboard as much as I did, but as I suspected it also won’t be replacing any of my other keyboards that I use daily. Here’s a few notes worth mentioning about it. 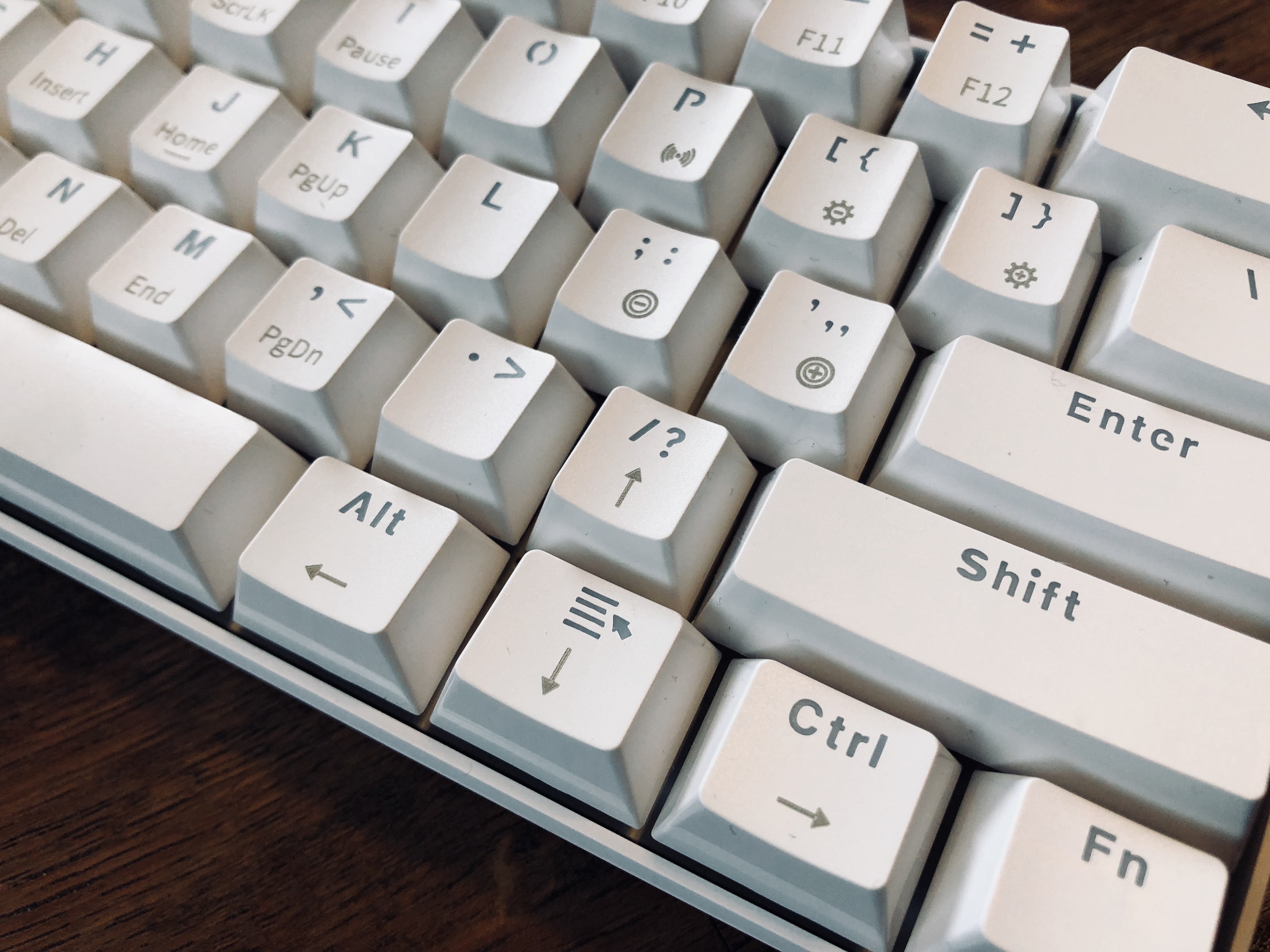 I don’t know if I mentioned this above, but the fucking keyboard is $40 and that’s absurdly cheap. So I would contend this might be the best $40 keyboard. I might contend it’s the best mechanical keyboard at under $60. Put those together and it’s one hell of a deal.

More than that though, this is a really solid keyboard. If the switches weren’t blue switches I probably would use the piss out of this keyboard. As it is, I’m keeping mine and it will serve as a backup and occasional extra keyboard (sometimes I use two on my desk for reasons). I even ordered some better looking keys to put on it.