A really nice Explorer homage, which comes tantalizingly close to being my everyday watch.

I have been looking for a watch to compliment my others — something to wear 95% of the time from office to home. Simple, versatile, and basically what is referred to as a ‘tool watch’ — I always wanted to stay under $700. So I ended up getting this Armida A6, an homage to the Rolex Explorer which is currently very popular. The watch is fantastic, but it’s its own thing and ultimately, sadly, it doesn’t fit the bill for what I want. 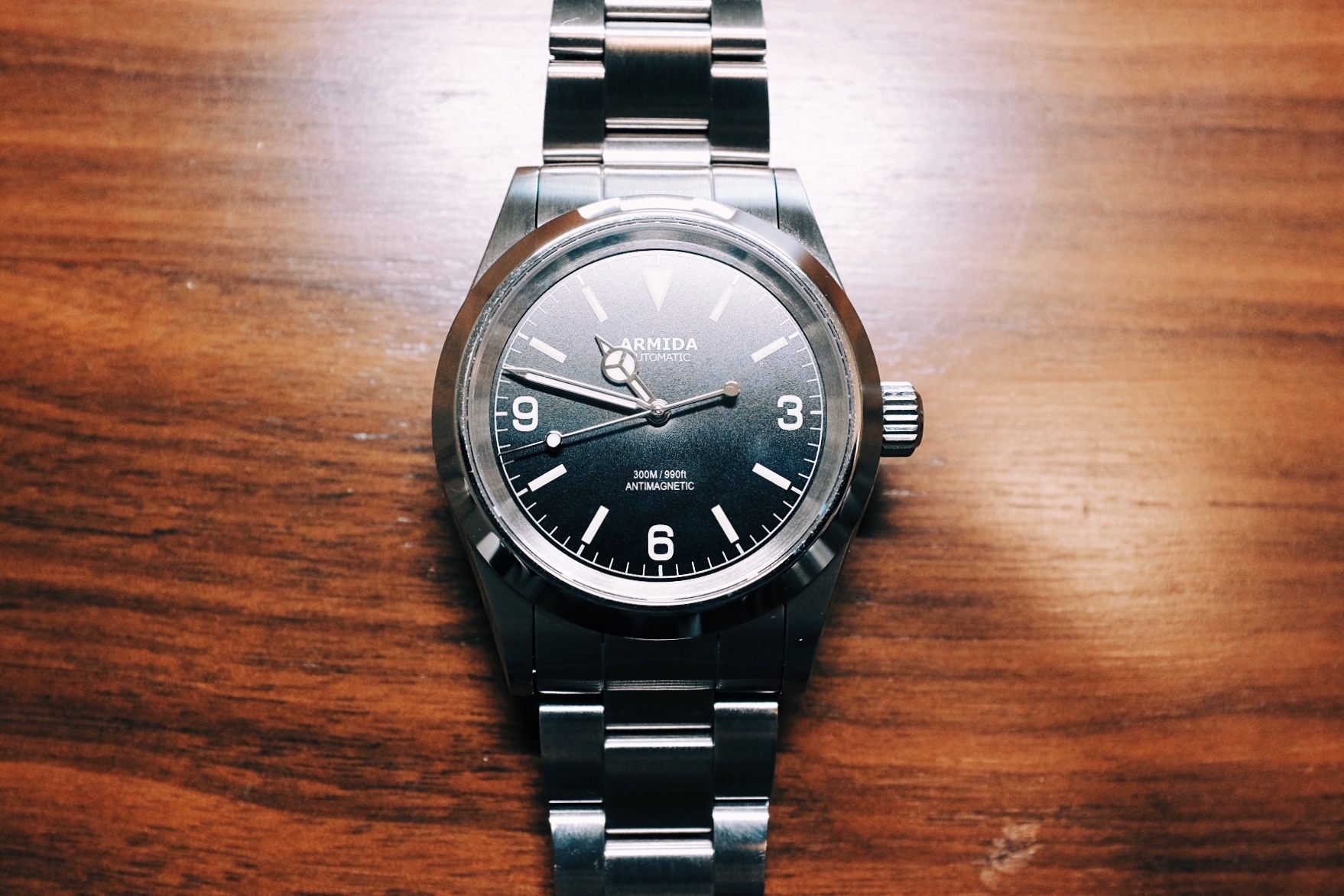 First a note about ‘homage’ watches. This is a very polarizing thing in the watch world. What’s generally meant when someone says that it is an homage is that the watch was made in a similar look/style/appearance to another watch and costs much less (because oddly people treat any watch $2k or up, no longer as an homage. So there’s a pro tip: charge more, and you don’t get labeled I guess.). The most commonly found homages are to the Rolex Submariner, but they exist for basically everything. 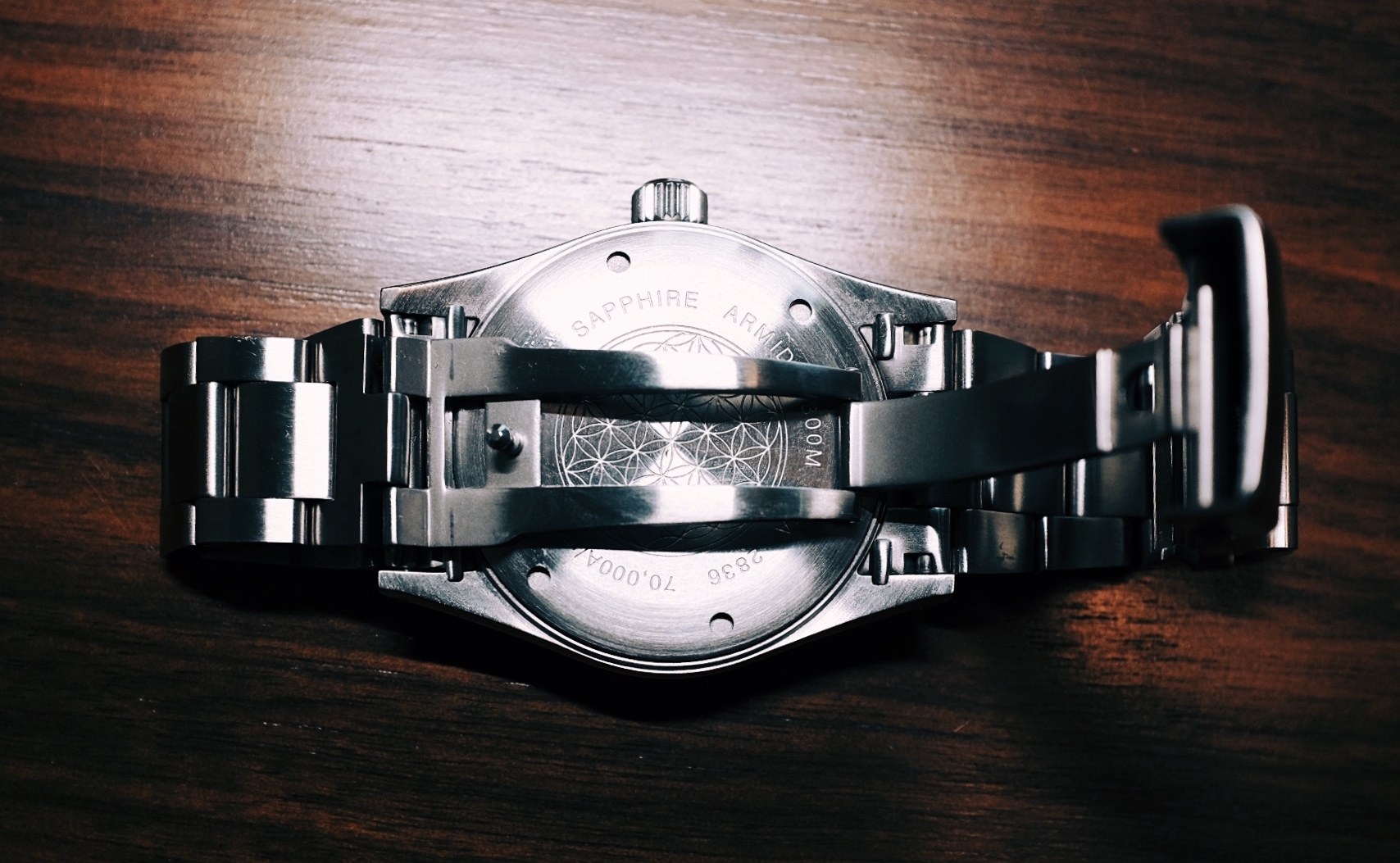 Essentially there are two camps of thoughts on these:

I am of the camp that this is all very stupid and I don’t care one way or another about this. So there’s that.

The Armida A6 is an homage to the Rolex Explorer (or the Smiths Everest if you take that line), but in reality it is less homage than it is a different version of an Explorer given the case sizing and specs. Yeah, we should probably talk about that. It’s not better finished for sure.

The build quality of this watch is outstanding in every aspect. This was particularly surprising to me because the website for the watch gives you basically no hope that what you are buying is quality. But for a sub $1000 watch, it’s at the very high end of what you would/should expect for quality build and finishing. It’s not what you get from a Rolex, but for most people this is going to be something they see as damned nice. 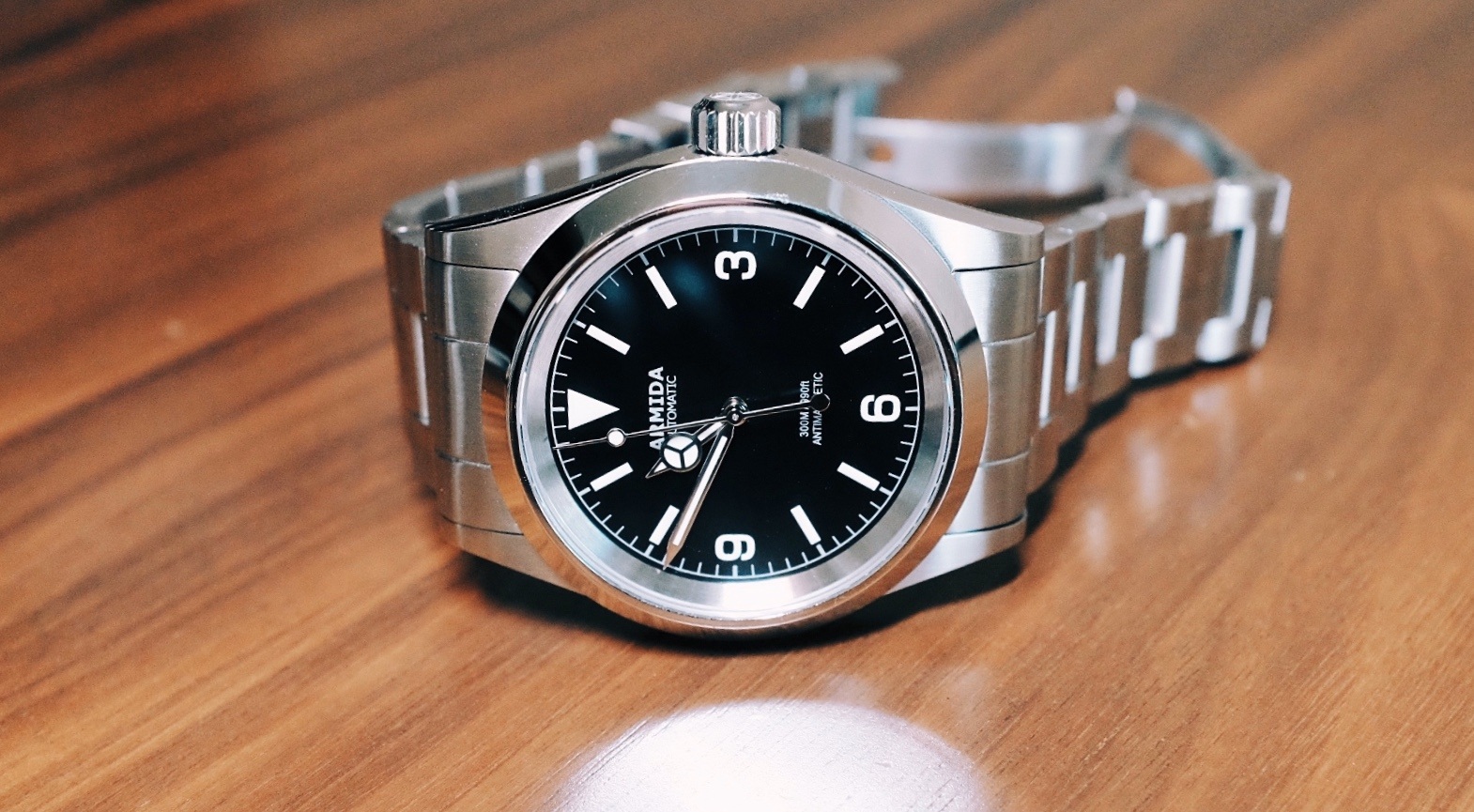 I was impressed right out of the gate. Typically where cheaper watches fall down is on the clasp. These can feel very tin like and generally crappy — the Steinhart I reviewed was like that. This clasp is built like a tank, to the point where I am like “dude, overboard much on this?” So that’s neat.

I’ve been wearing this watch most weekdays, and I’ve found it to be very comfortable. It’s heavier than many other watches I own (but not the heaviest) and I prefer some heft to watches, but I could see some being put off by this. The size, at 40mm (they make a smaller variant) is on the cusp of too large for my wrists (just under 7” wrist) but still wore very comfortably. 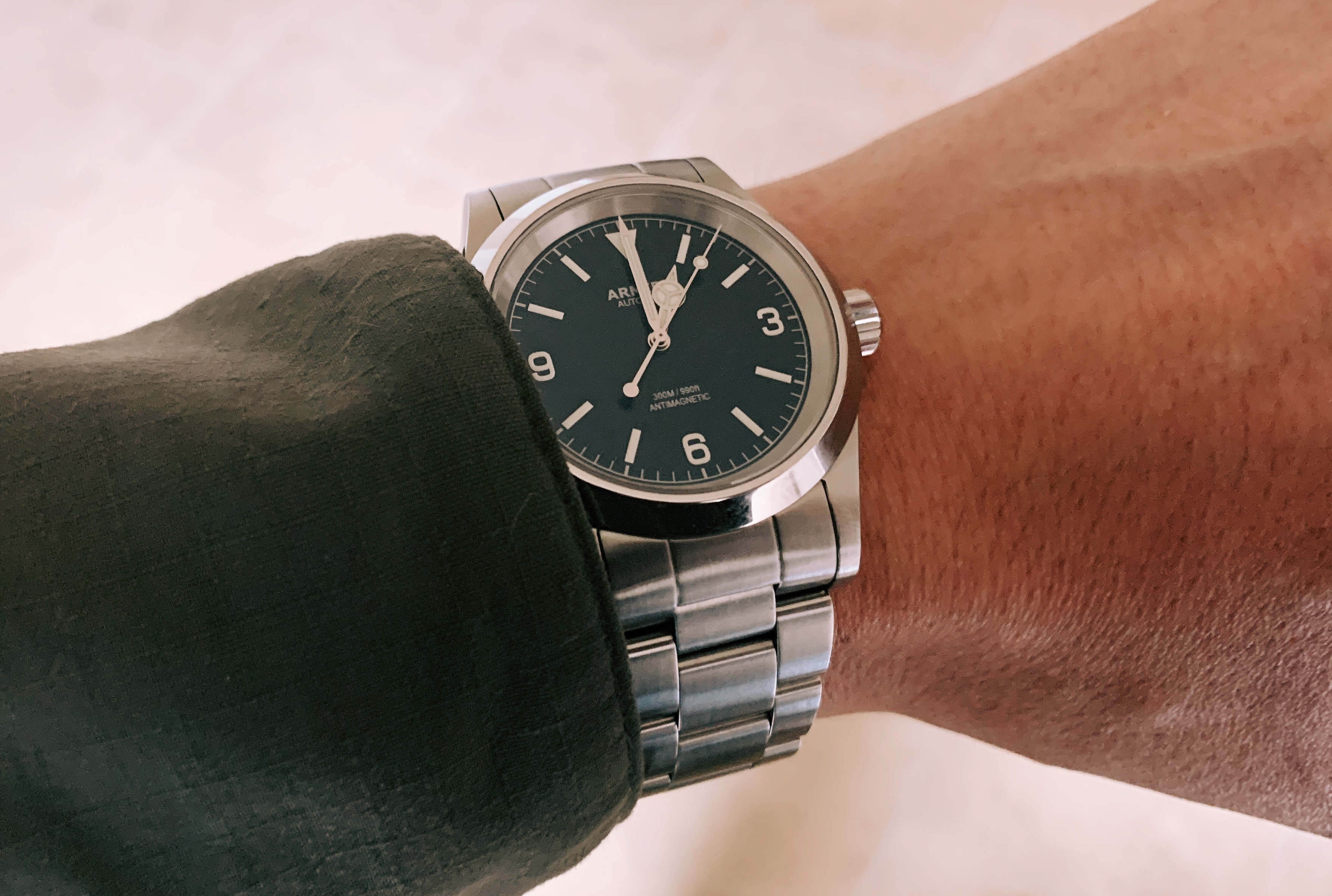 If I had one complaint it would be the thickness of the watch. While the crystal is now flat on these (yay), it is still a very thick watch. I had no issues with any shirt cuffs, but it is close. I prefer a thinner watch. I suspect this thickness comes from the waterproof rating of it. 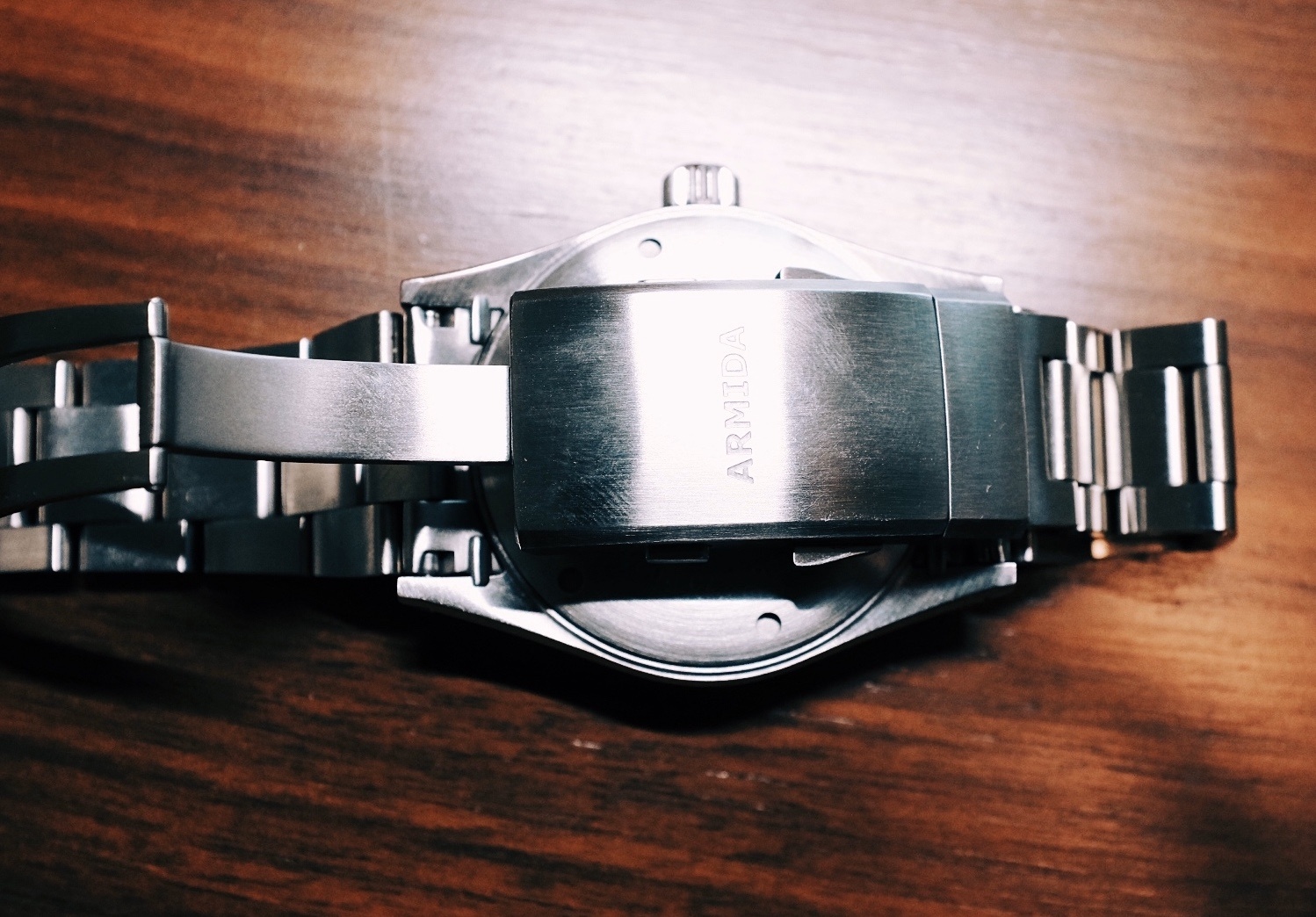 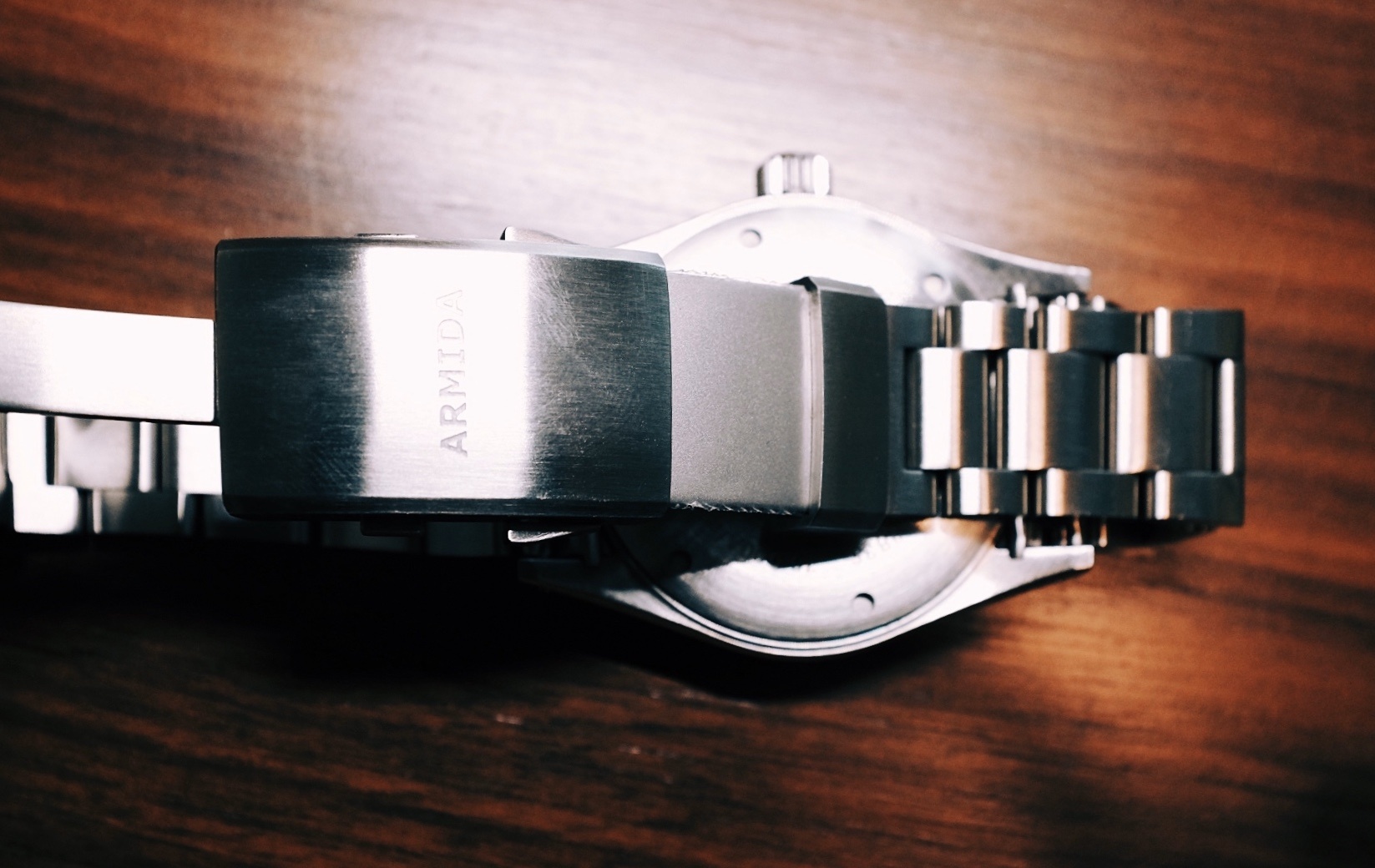 The biggest win for comfort is that beastly clasp. This clasp has a quick adjust on it, where you can expand the clasp itself close to a half inch to loosen the bracelet on it. This is awesome if you find your wrists swelling during activity, and it takes no time to adjust. Every watch should have this (and indeed many expensive watches do have some form of this). 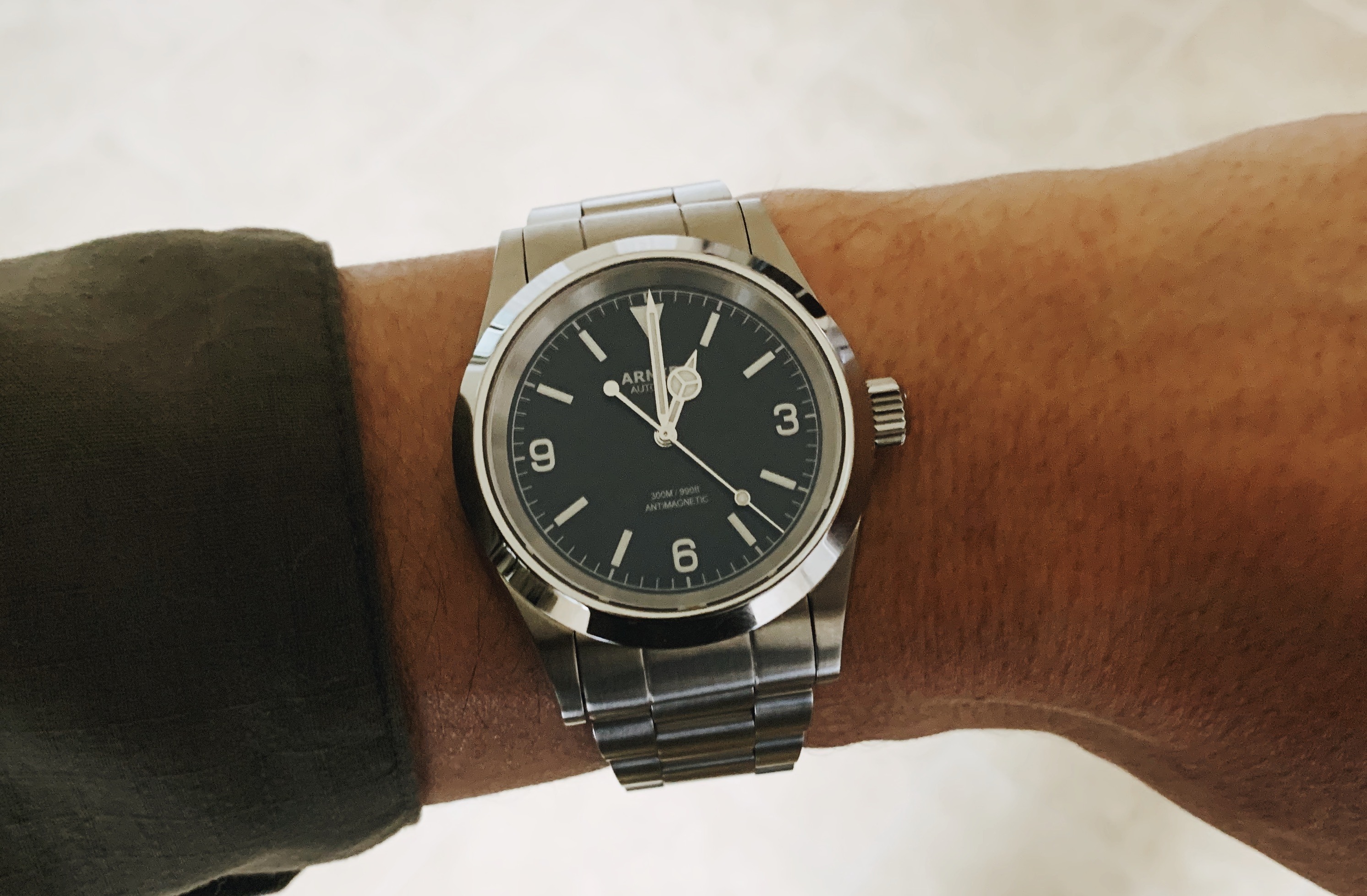 The Armida A6 should check every box, but it’s lacking something. It is missing the part that makes me want to stare at it, I look at it on my wrist and I like it, but then I go back to my day. I need the watch to distract me a bit. That’s the draw of a good watch — you should want to constantly look at it.

This is a very good watch, I have no qualms with it, but it’s missing something and I don’t know what that is. So I’ll move on from it.

Find it here for $549. I’ll also note that even though this watch comes from overseas, it took something like 2 days to get here, which was really awesome. (I am also selling mine, it’s basically like new with only the faintest of marks on the clasp. $490 shipped to lower 48 states. Email me.)