I have wanted a great Bluetooth mechanical keyboard for a very long time, and yet it has been very hard to find a good one. But Keychron, the K2 especially, has gotten a lot of good press, so I figured I would give it a go, and see if there is finally a good option out there.

The end result is… well promising but very far from perfect. I bought the K2 with the gray frame, RGB backlights, red switches. I’ve been using it now for almost two months, everyday in the office. So time to tell you what I think.

I’m not a fan. The K2 comes with three switch options: blue, brown, and red. Of that lot red was the only one I had not tried. Blues are great feeling but loud as hell, and the last thing I want in an office, I already knew I didn’t like them. Browns are firm, and quiet, but they feel like mush, and again I knew I hated them already. Reds, well why not.

The issue with reds is that they are not that quiet (quieter than blues), and they really offer no rewarding feel to things. They are so light that they are almost too light for me. And that’s my biggest complaint about them, they are louder than clears and lighter too — neither of which is great. Oh well, they are still better than blues and browns.

Yeah, it’s not great. I get the ideas behind the layout, offering F-keys and media functions. But the layout is a compromise in a lot of ways. Since I only use an iPad, I’ll talk about it in that framework. 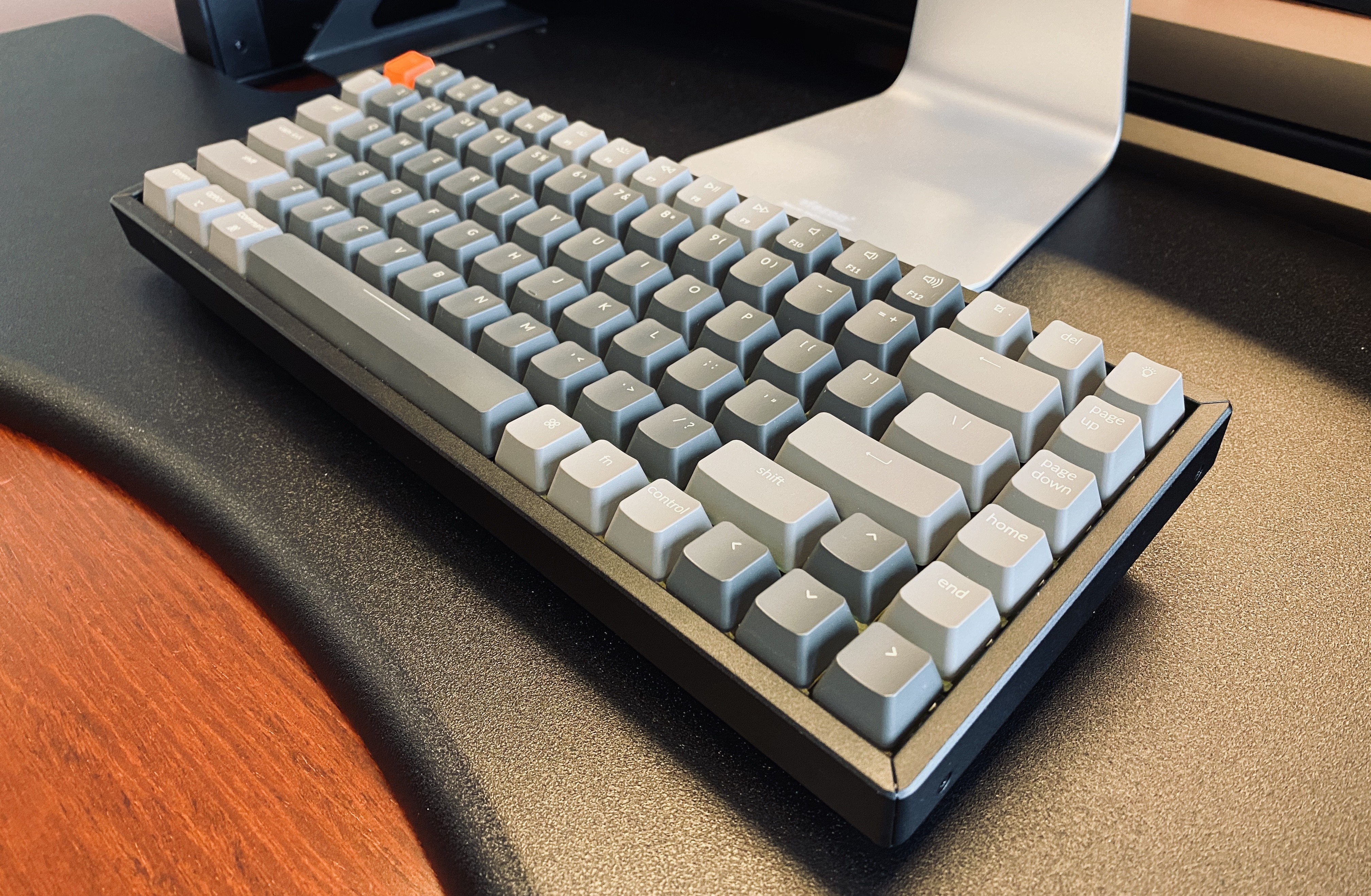 While the media keys do work, I find them pointless, perhaps that’s only me though. One key I do love is the screenshot key which works really well on iOS. Tapping that key quickly grands a screenshot and enters markup. This is fantastic. 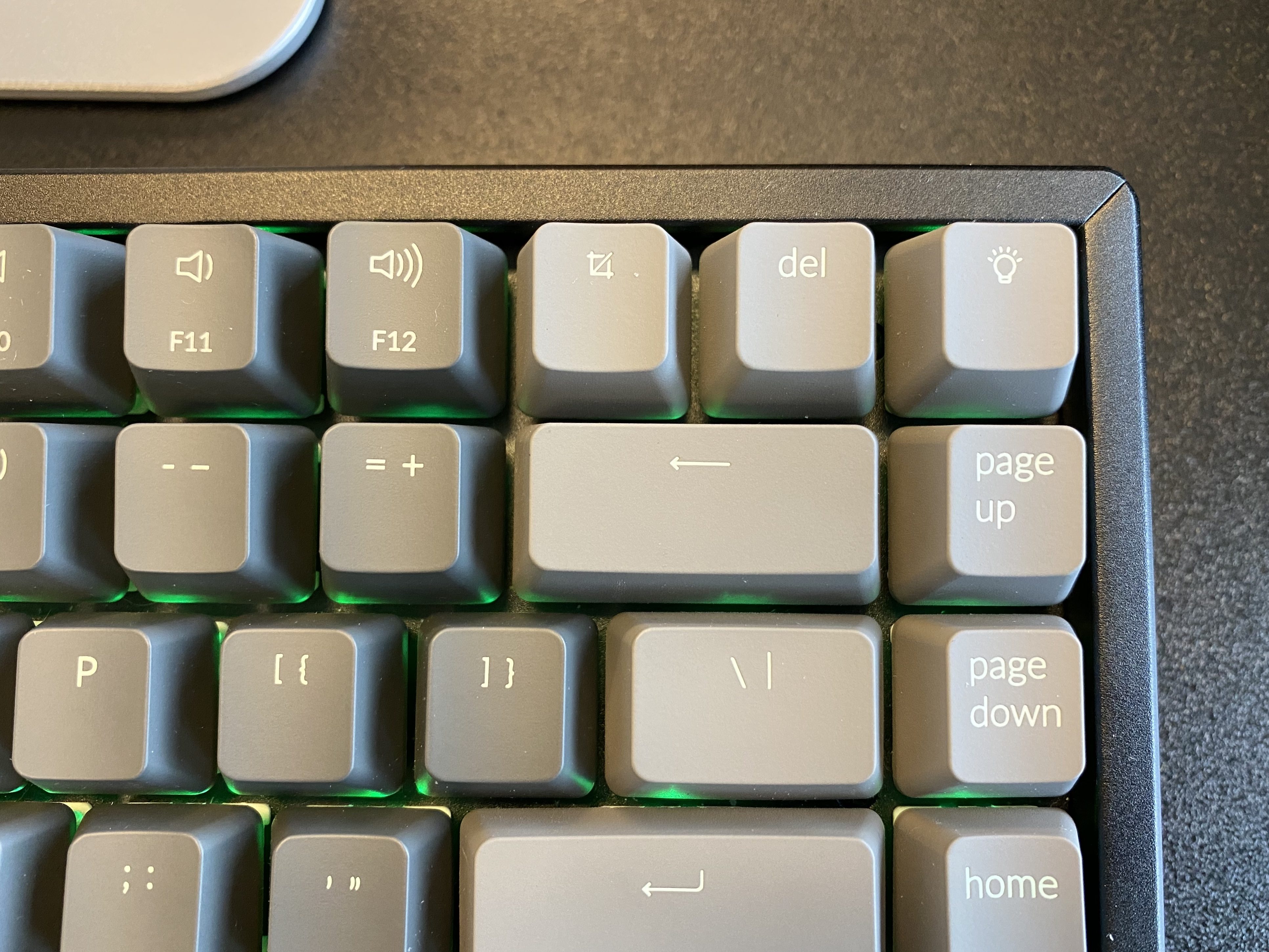 Except, the key placement for this is atrocious, sitting right above backspace, and right next to delete. So one of two things happens if you are going too fast: you try to hit backspace and end up with a screenshot; or you try to hit screenshot and end up hitting backspace or delete. In other words, this is a spectacularly crappy location for an incredibly useful key. 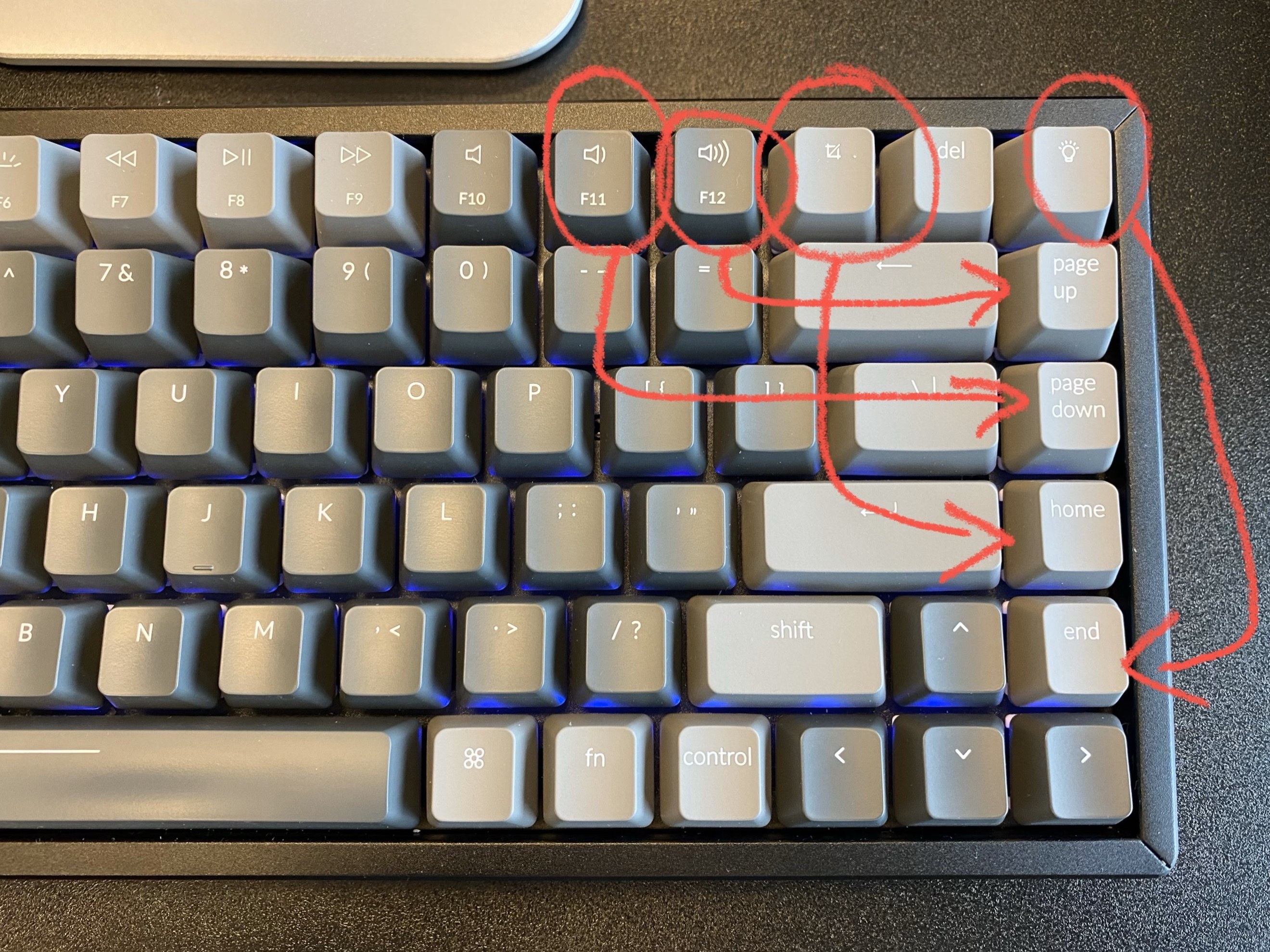 I don’t mind the smaller right shift key, as it allows for a nice placement of arrow keys. So overall, I’d rather drop the entire F row of keys to make the keyboard shorter. Placing the screenshot key where the “home” key is, would be fantastic.

The keyboard allows connections to three paired devices, which it can switch between as fast as any other keyboard I have tried. Overall, Bluetooth on mechanical keyboards can be a little janky, but the Keychron is perfection. It handles connections really well and very fast.

The only complaint I have is that the keyboard sleeps rather quickly and aggresively. Presumably this helps a lot with batter life, but can be annoying at times. Usually tapping twice on the keyboard and waiting 3 seconds is all you need to do to get it connected, but I wish is timed out at a longer interval.

The insane thing here is the keyboard is $80. I don’t know how they did this. But at $80 is a fantastic value. Kudos.

With stuff like this battery life is a big deal. In my usage I get about 2 weeks of battery life out of the keyboard, but I will say it charges a bit slow. I also never turn it off, so you could probably get more. This is acceptable to me, but annoying when it does die. I’d love an idea of what the charge level is on this, but I don’t know how to get that on my iPad.

Best mechanical keyboard for iOS Bluetooth or otherwise. It’s just not a quite ideal layout and it needs better switch options. If they offered clear switches, I would pay twice the price for this. As it is, I like it enough that I have gone ahead and ordered far better looking keycaps in SA profile for it. I can’t wait for those to come in.

In the mean time, you should probably get one. And complain so that they make one with clear switches.