It looks stellar, but functions poorly.

I picked up this tiny sling from Topo Designs while it was on sale for a mere $30. At 2.5L this is about as small as you can reasonably go, while still holding everything you generally want to carry. But, while simple, I didn’t expect it to be as odd as it is.

Overall, I’d pass on this one, but allow me to explain why. 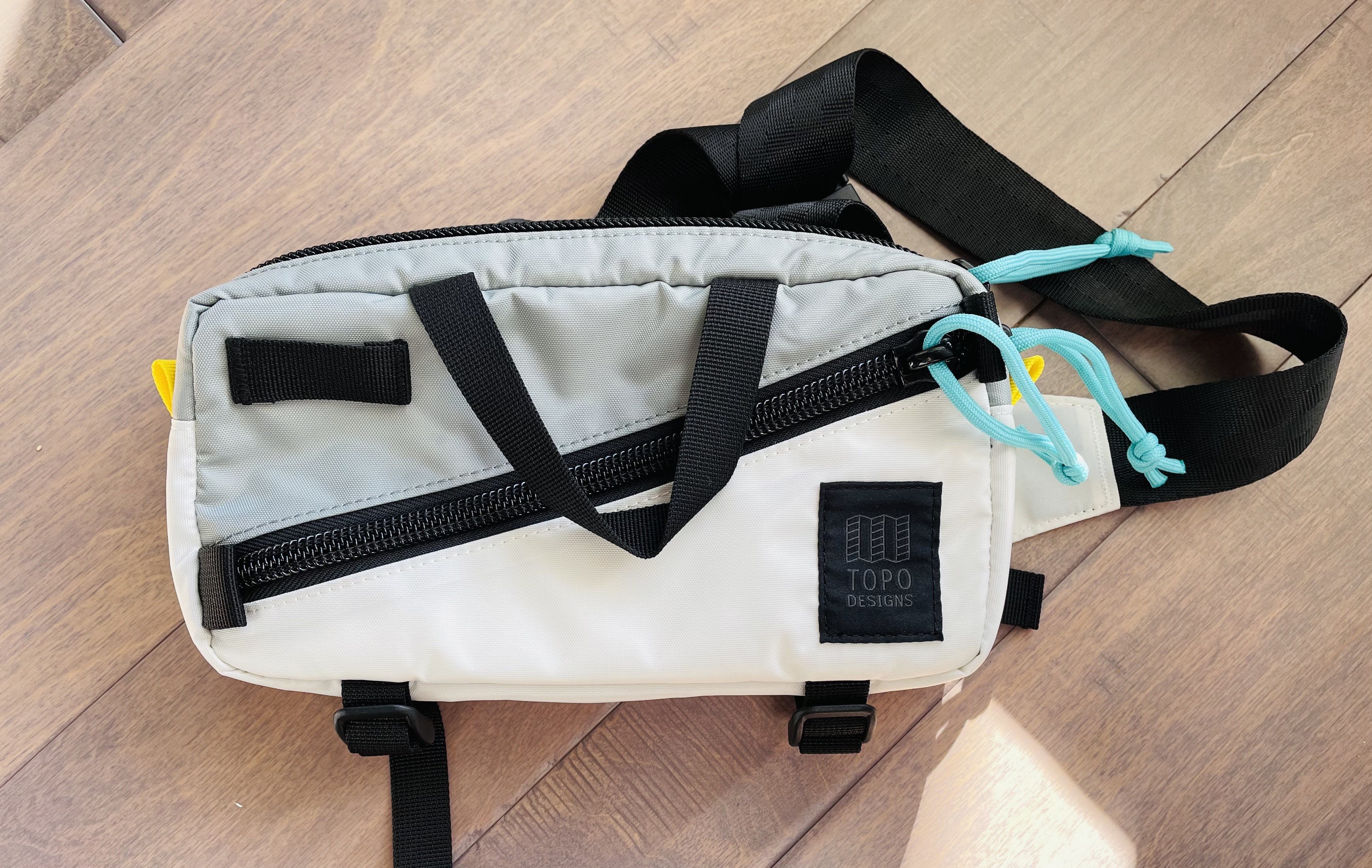 There are two materials at play here: 420D nylon pack cloth on the exterior, and 210D nylon pack cloth for the liner. What’s not stated is the nice quality seatbelt webbing strap, and the almost completely padded nature of the sling. 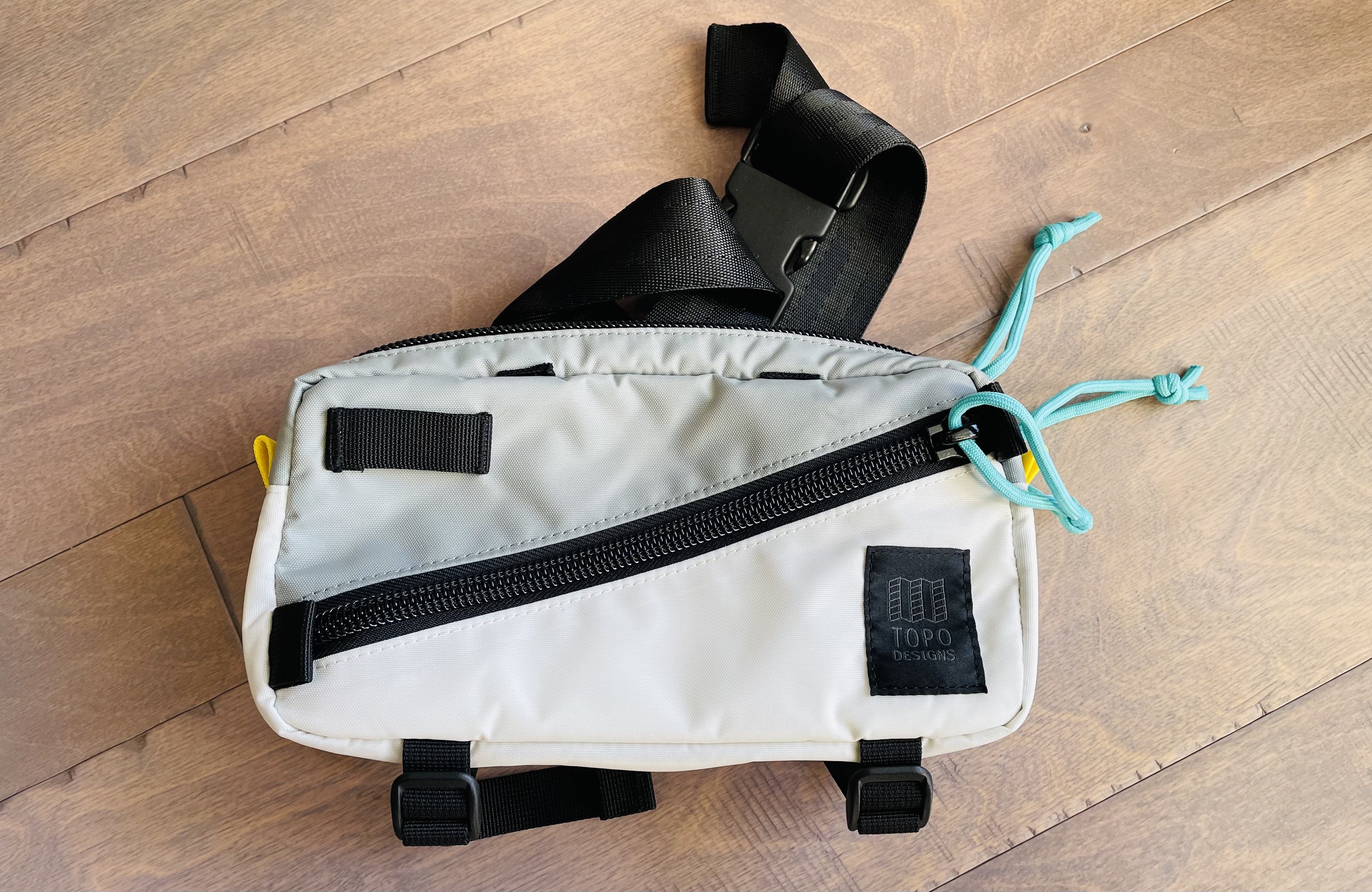 Note: I cut off one handle in this picture.

Overall this is a great material. I have seen this nylon in only a few other bags, and it generally makes for a strong, but not abrasive material. I should also note that on this sling, with it being white and light gray, it has done a fantastic job keeping any dirt marks at bay. So materials are all good. 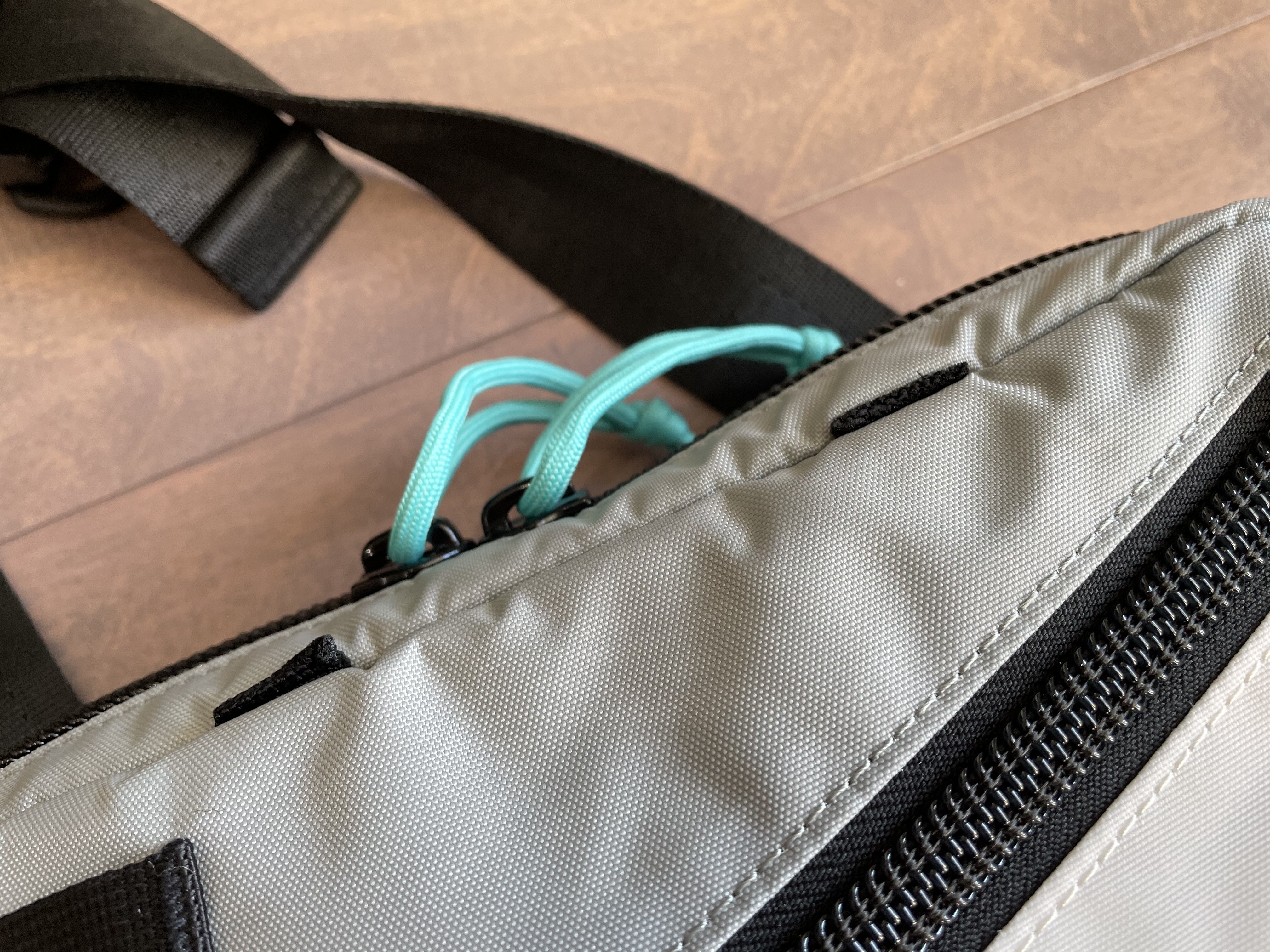 As I mentioned at the start, 2.5L is pretty small. But it is also not used well in this bag — so two things working against each other. The sling is 2” deep according to the website, but in person it looks slimmer, and the useable space is closer to only being 1.5” deep (because the padding takes up room, while the tape measure says 2”, that’s for the outside to outside measurement). Overall I think this is closer to 2L than the 2.5L. That said, I can fit all my stuff in it but nothing extra at all. 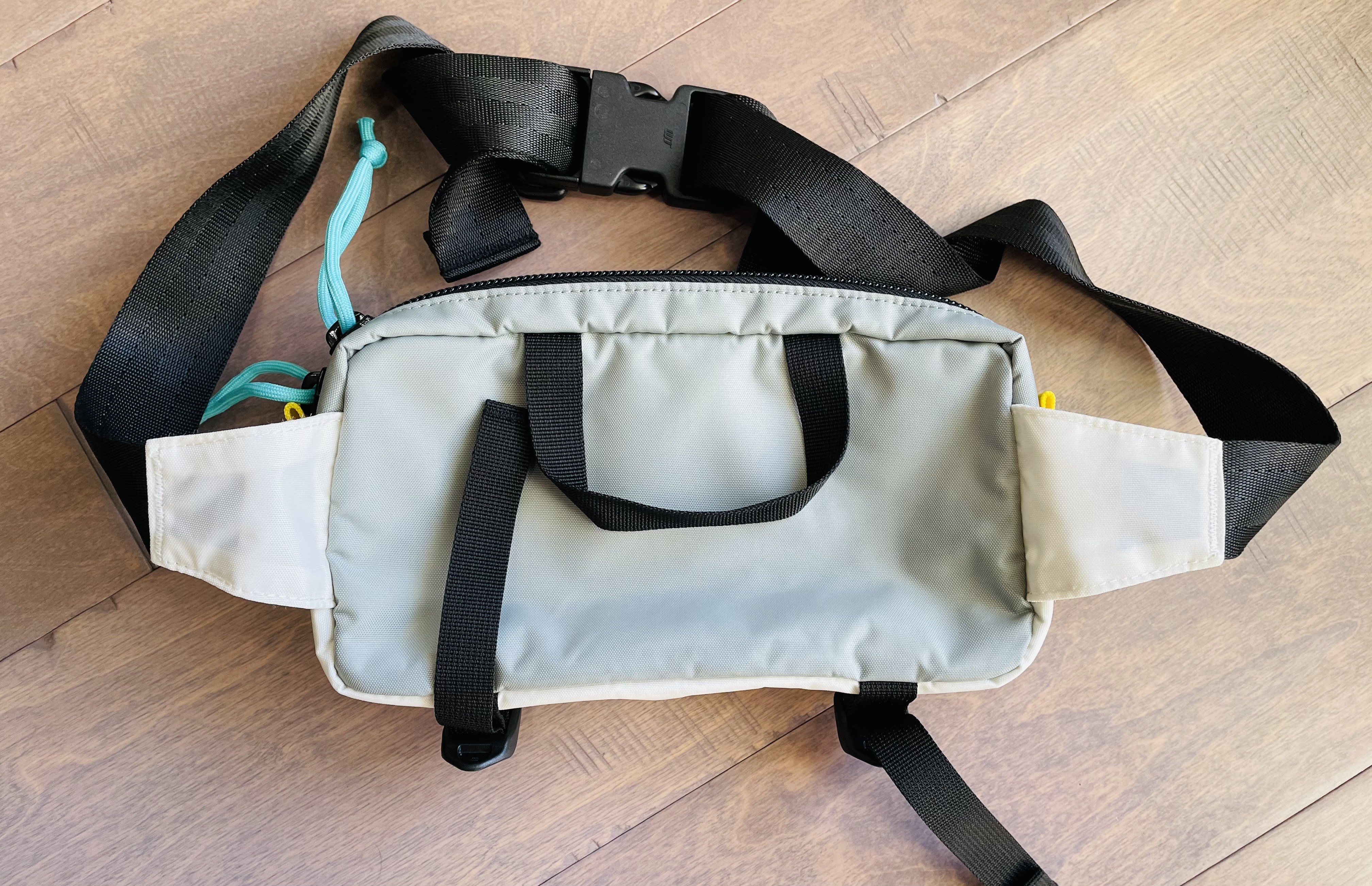 But there’s another thing about the size itself: it is poorly utilized. A small bag can be really nice, but it has to also give you organization so you can effectively use all of the small space you have. This bag gives you one external pocket, and a main area with the cheesiest of pouches inside. That lack of organization makes this even messier to use, even at a small size. 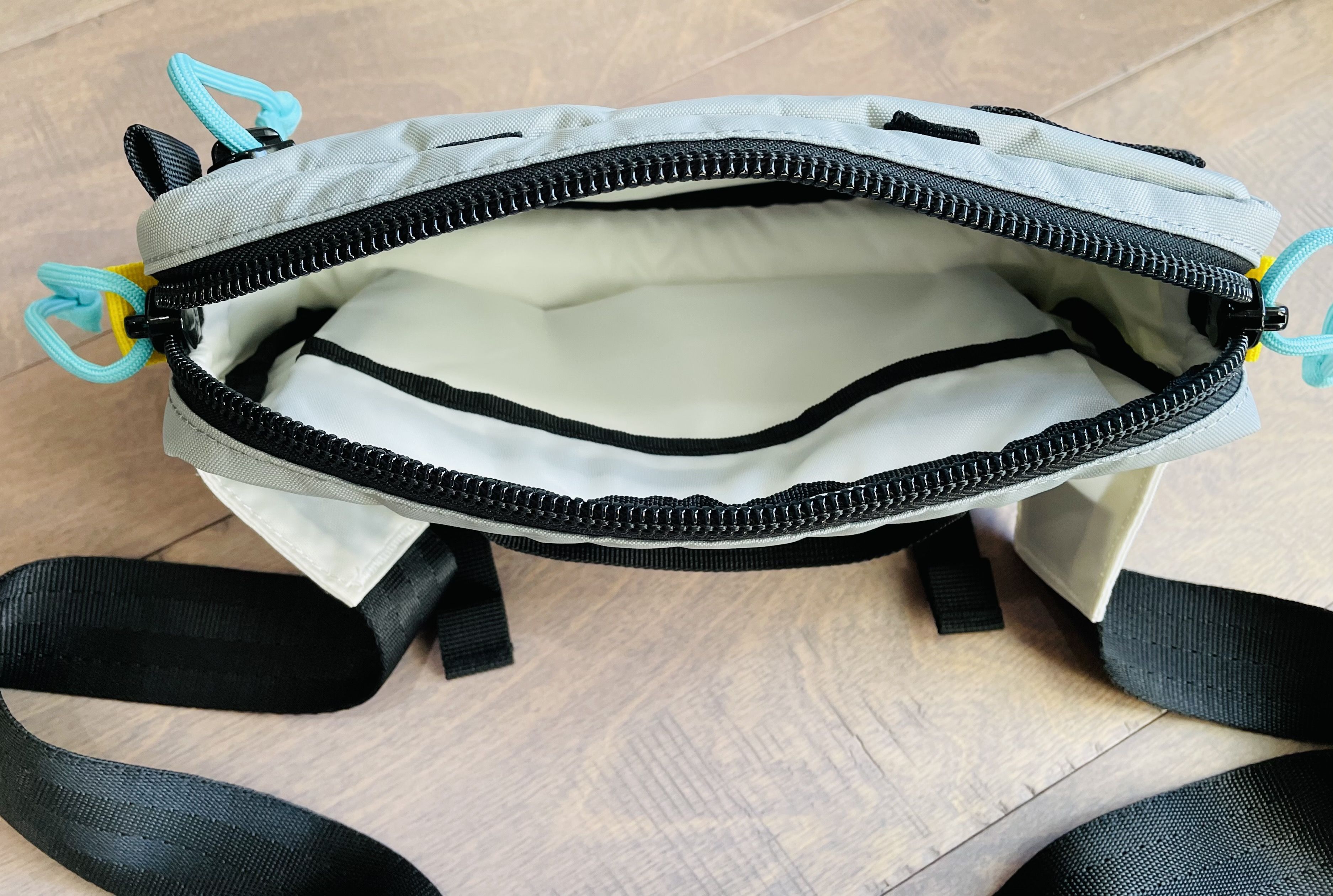 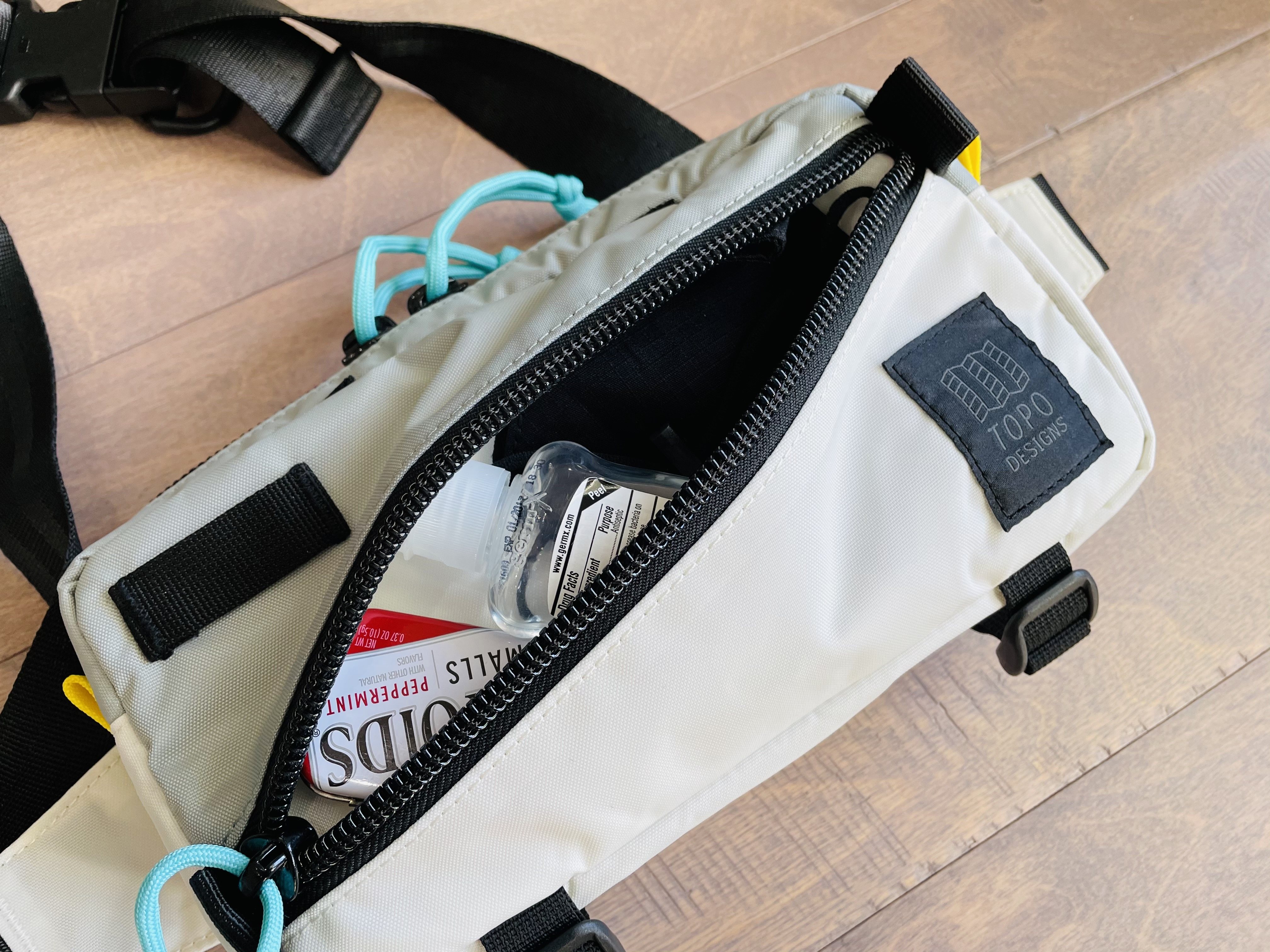 Generally, this is not a very good sling to carry and use. In fact I struggled to test it, because I really did not like using it. Rather than waste a lot of time, here are the things this sling gets right: 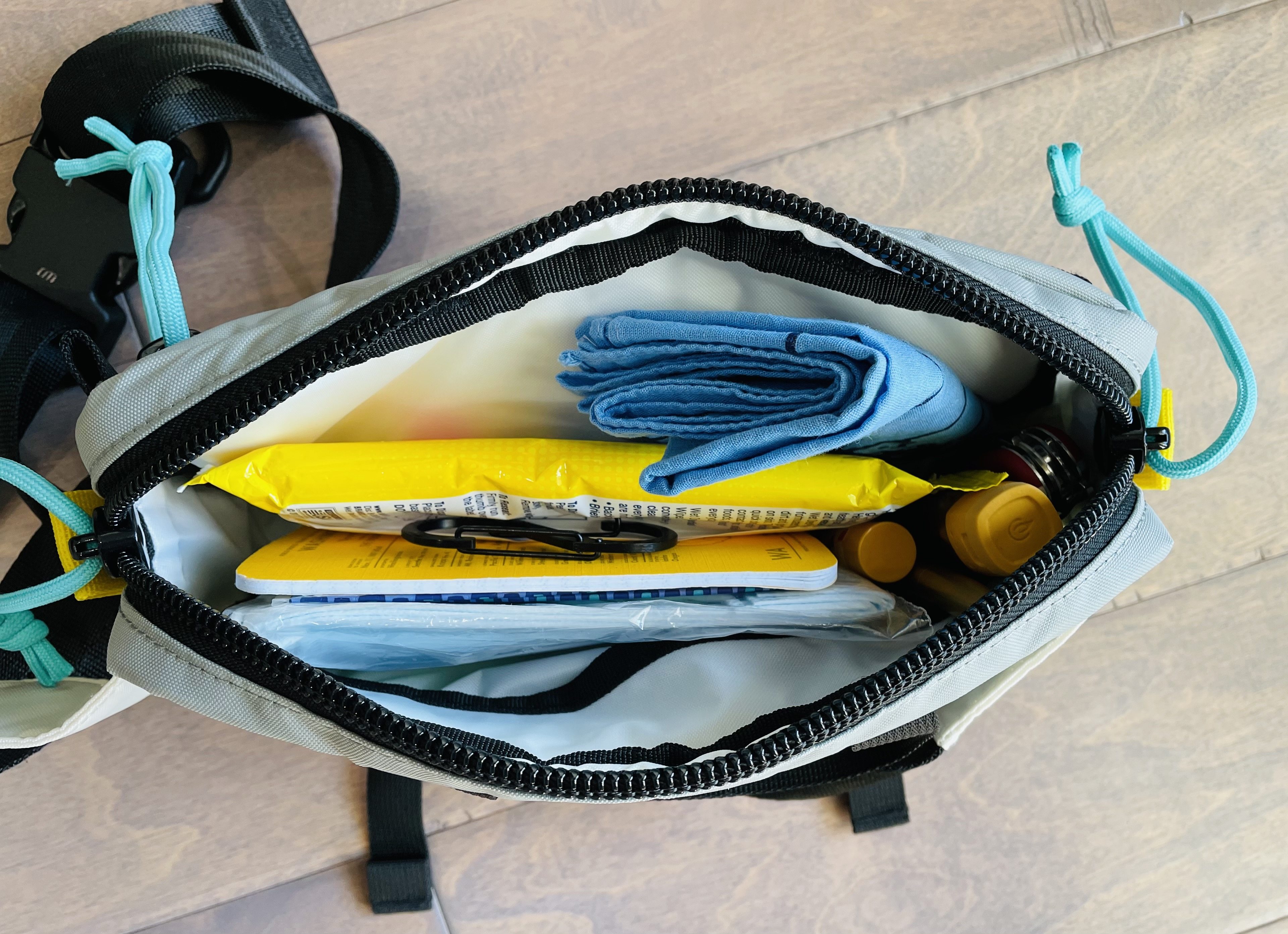 And now on to the head scratchers:

But the biggest issue with this sling is just that it is not easy to get anything in and out of it, because you are always digging. Even in the picture I have here where things are neat and tidy, that takes considerable work to keep it like that when you are using the sling, which means that more often than not, you are going fishing to find what you need. And most of the stuff I am storing is larger in size. But even at that I’ve lost my pen in the bag several times, and had an awkwardly bulbous bag on my back almost at all times as stuff won’t stay put in the bag. 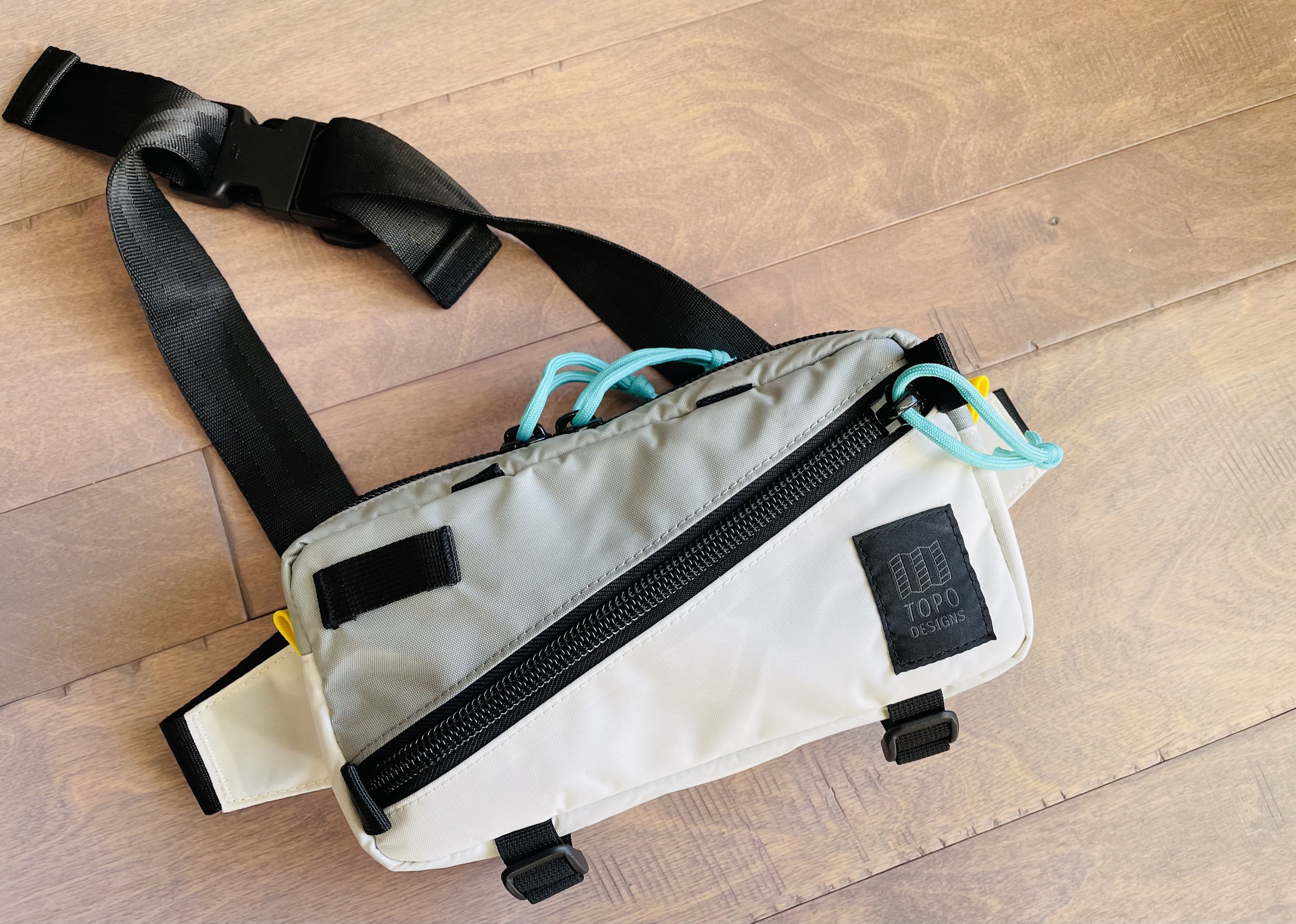 So while this looks stellar, it’s not likely worth the money. The only use case where I think this would actually excel is if you needed a place to store your wallet, phone, backup battery, and a mask. If that’s all you need, just a few bulky items, then this is a good bet. There’s better bets, but not for $30 on sale. Not on sale, I would steer wide from this.