Awesome little light, as long as you avoid the amber model I bought.

I am not sure where to start with this light: the price, the output, the form factor, or the general popularity? Because it checks just about every box, and the brand in general has such a wide array of offerings that everyone will find something they like there.

I have been looking at getting a RovyVon like for a long time now, but the issue was always that I never knew which one I should actually start with. Until a dedicate group of people who really like to cause others to spend more money, said that the A8x might be the best option to start with. At roughly $47 it is hard to pass up.

And what I ended up with is a light that surprises me in almost every way almost always in a good way. This light comes with two main LED options and two auxiliary LED options. I chose the Nichia 219C with Amber/Red/Blue as my setup.

This light is packed with features. Features in the sense of the many different modes the light can work in. There’s the standard click to go on and off. Quick access to bright settings and then a myriad of Konami-code click magic to get to other settings.

What wasn’t evident to me when I purchased this light is that even though there are Amber/Red/Blue auxiliary LED lights, only one of them (Amber) is available as a full time steady on light. Thus the red and blue auxiliary LEDs are there so that you can make them blink — either independently or like police flashers. Why? I do not know.

That leaves this light (for my use) as having three main features:

What’s perhaps most surprising about this light is just how bright and flood like the optic itself is. And if you couple that with the size and battery light, it makes for an extremely compelling light for just about anyone. 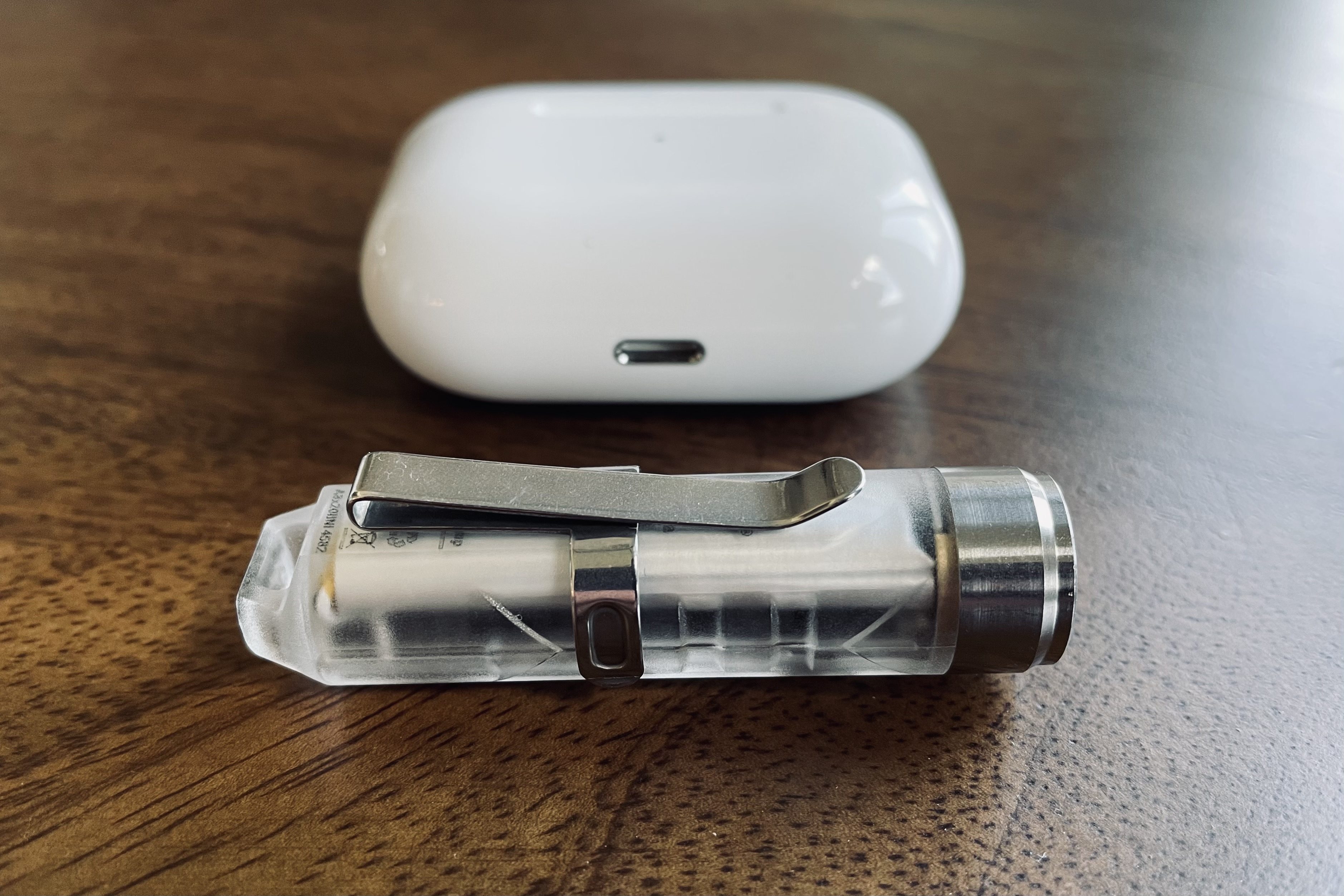 I used this light as my main light during a power outage for hours at a time and when I went to recharge the light it only took 20 minutes to fully recharge — indicating I really did not use a lot of the battery. Overall it has continued to impress me.

The Nichia 219C I chose is a light I am very familiar with, though in this configuration it outputs a 4500K color temp with a max of 450 lumens and a CRI rating “min 90”. Pairing that with the very shallow and smooth reflector the light can illuminate a very large area with really useable light. It has some throw, but not enough where you could expect to illuminate stuff very far away. It’s a small light for closer work, but it fills a room quite nicely.

Using and carrying this light is awesome. It’s compact and light weight, while outputting enough light for everything I have used it for. The only negative with this light for me is the Amber auxiliary LED — it’s too bright and completely useless. I would get the UV model if I were to do it again as I have to think that it would be slightly more useful with the low white side light.

At just under $50 this light is a bargain, and I highly recommend it. It’s not something I would want as my only light, but it is a great second light, and a great light for keeping in your bag or for traveling with. You can order direct from Rovyvon, but the shipping wait is excruciating, so you can also check out Urban EDC Supply, and Amazon for faster shipping.