I am not an optics expert, but I do love this monocular for the gadget aspects.

I’m not a huge optics guy, I don’t do ‘birding’, I don’t hunt, I don’t shoot long distances… or short distances, and I also don’t go on expeditions. The last time I talked about optics on here was to mention the most excellent Vortex Diamondback binoculars. But in a Member Journal I mentioned trying out a Brunton Monocular, which I did buy, did try, and do hate.

That monocular left me wanting. And here’s the thing, I know that binoculars are better in almost every sense — except in size. So I said screw it and grabbed what I have long wanted in the Vortex Solo monocular. And I really am a fan of this thing. 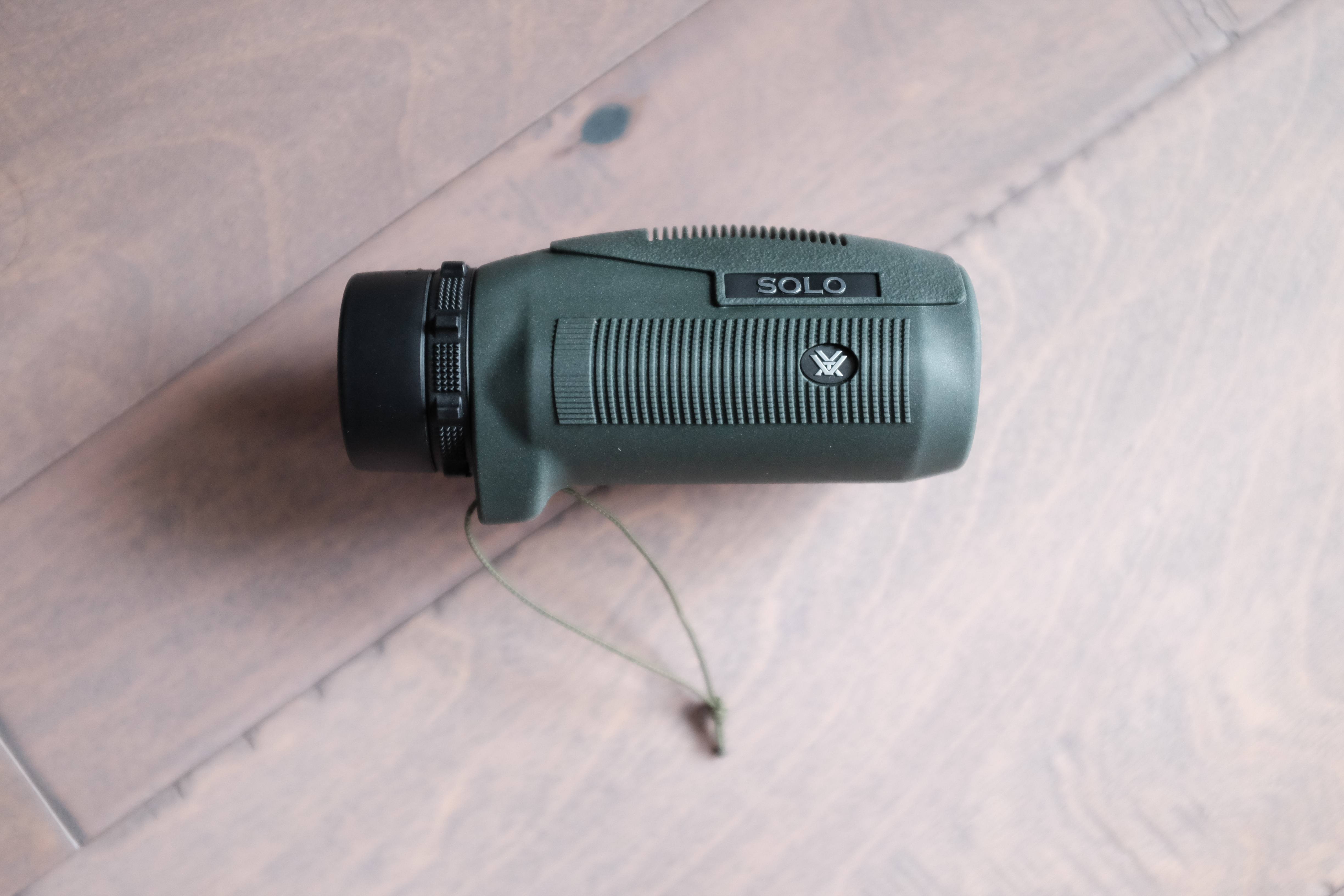 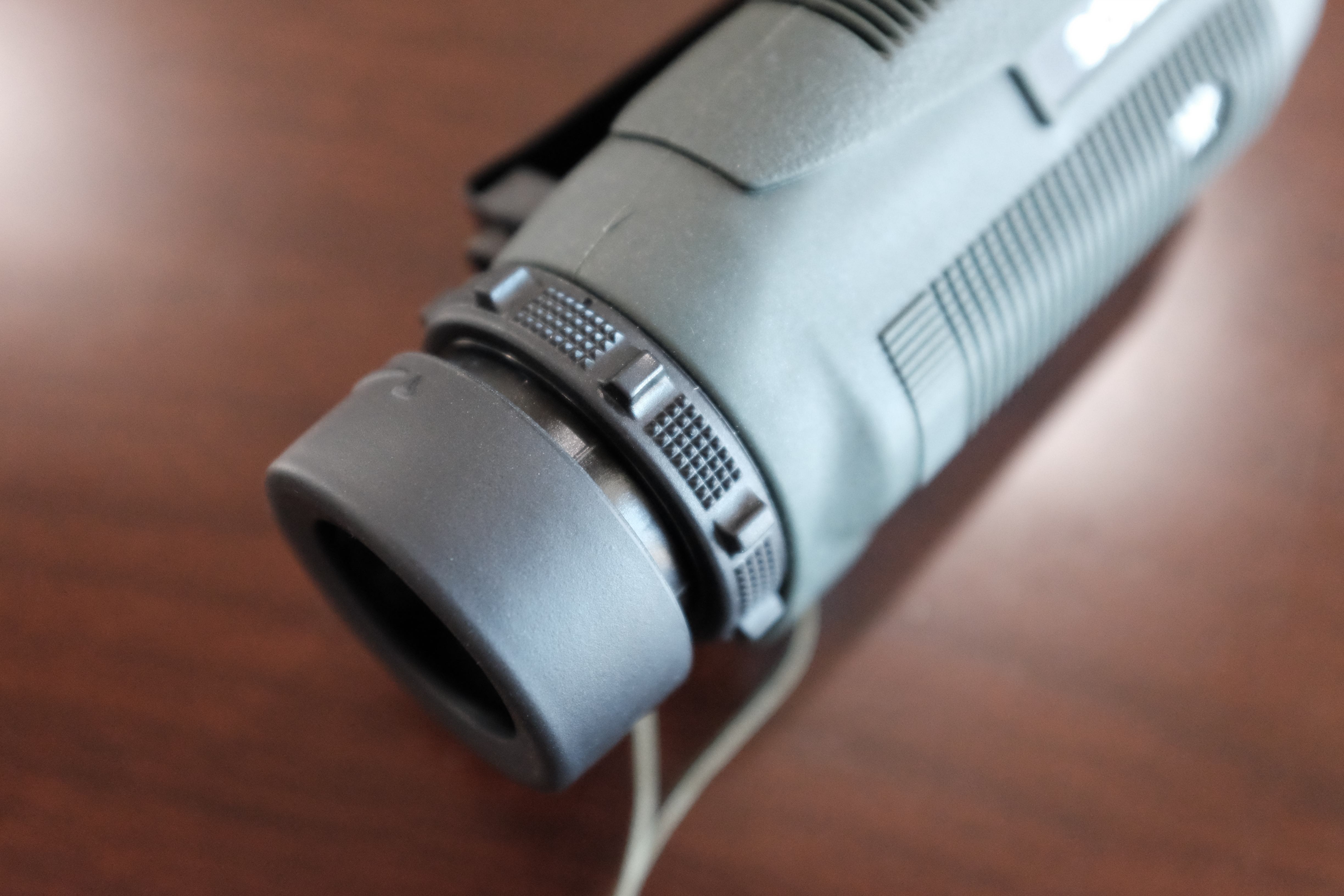 With the 10×36 I could read it, not as fast as with the binoculars, but not too shabby at all. And this is the same result I got over and over with these. They were consistently sharper and more clear than I expected every time I used them.

There are clearer optics out there, but this thing was inexpensive and more than good enough for what I was doing. I did my best to snap some photos through the monoculars so you could see what I mean: 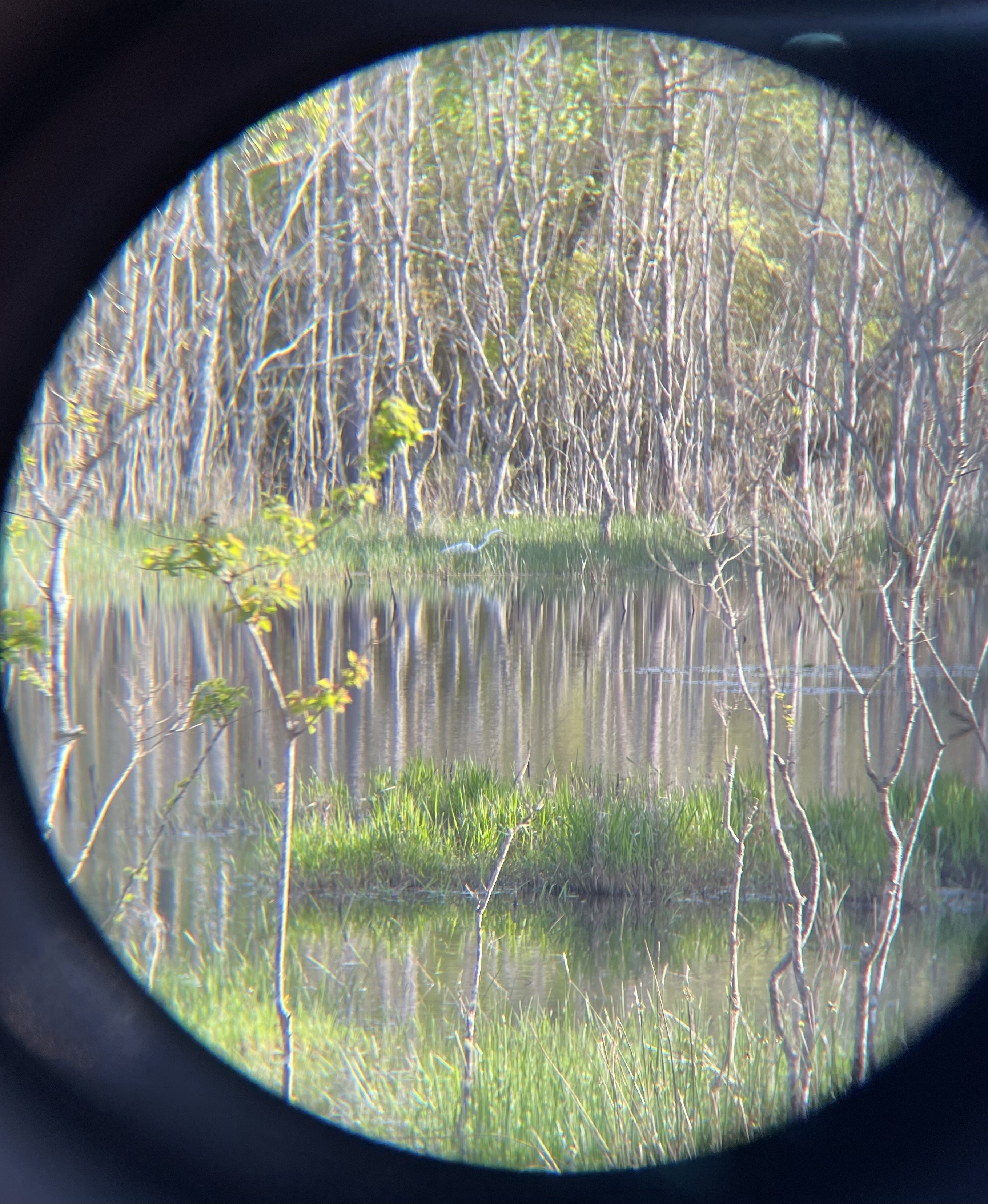 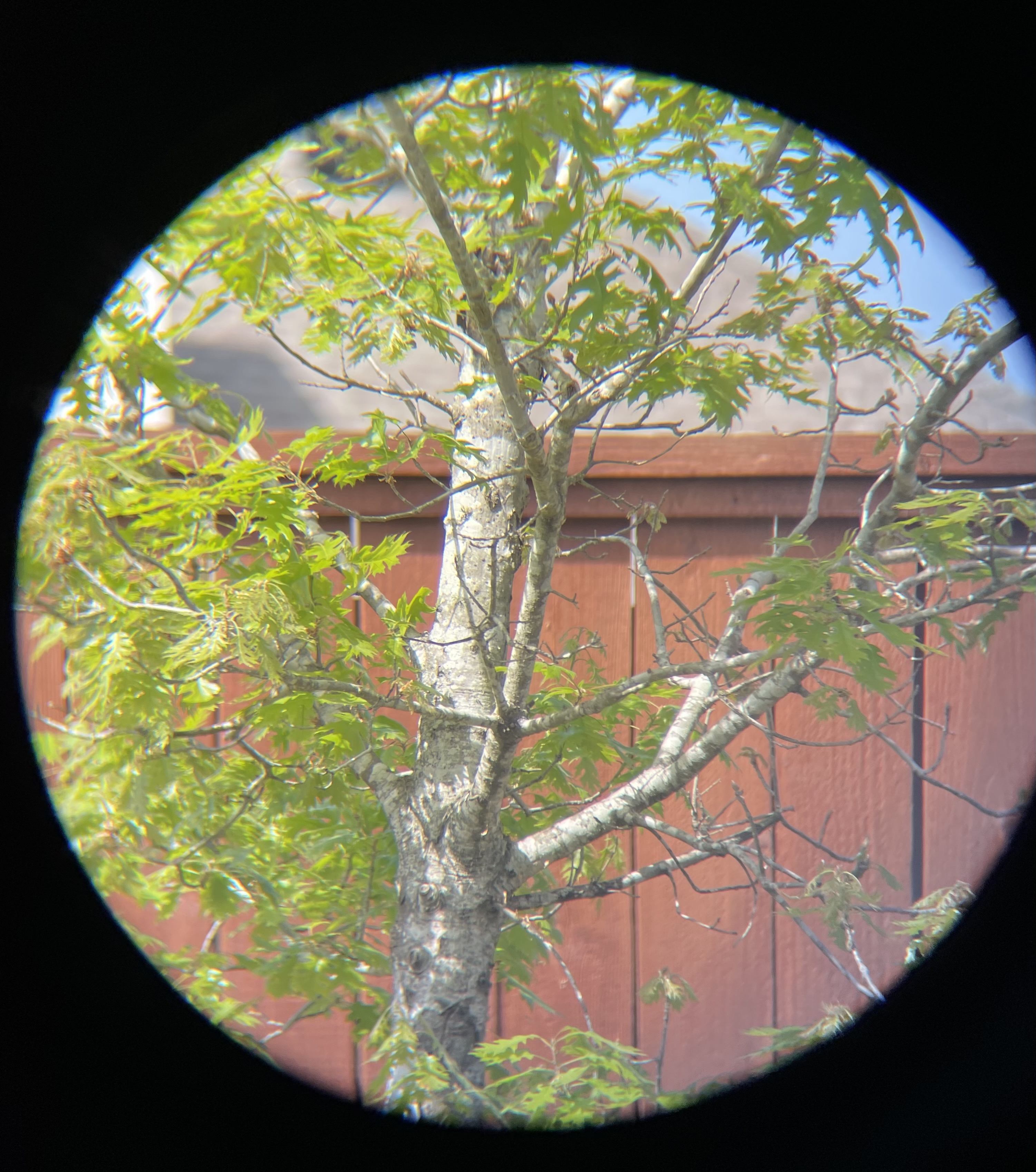 For comparison here’s that same scene on the same day with the Echo pocket scope (note the magnification is lower on the Echo): 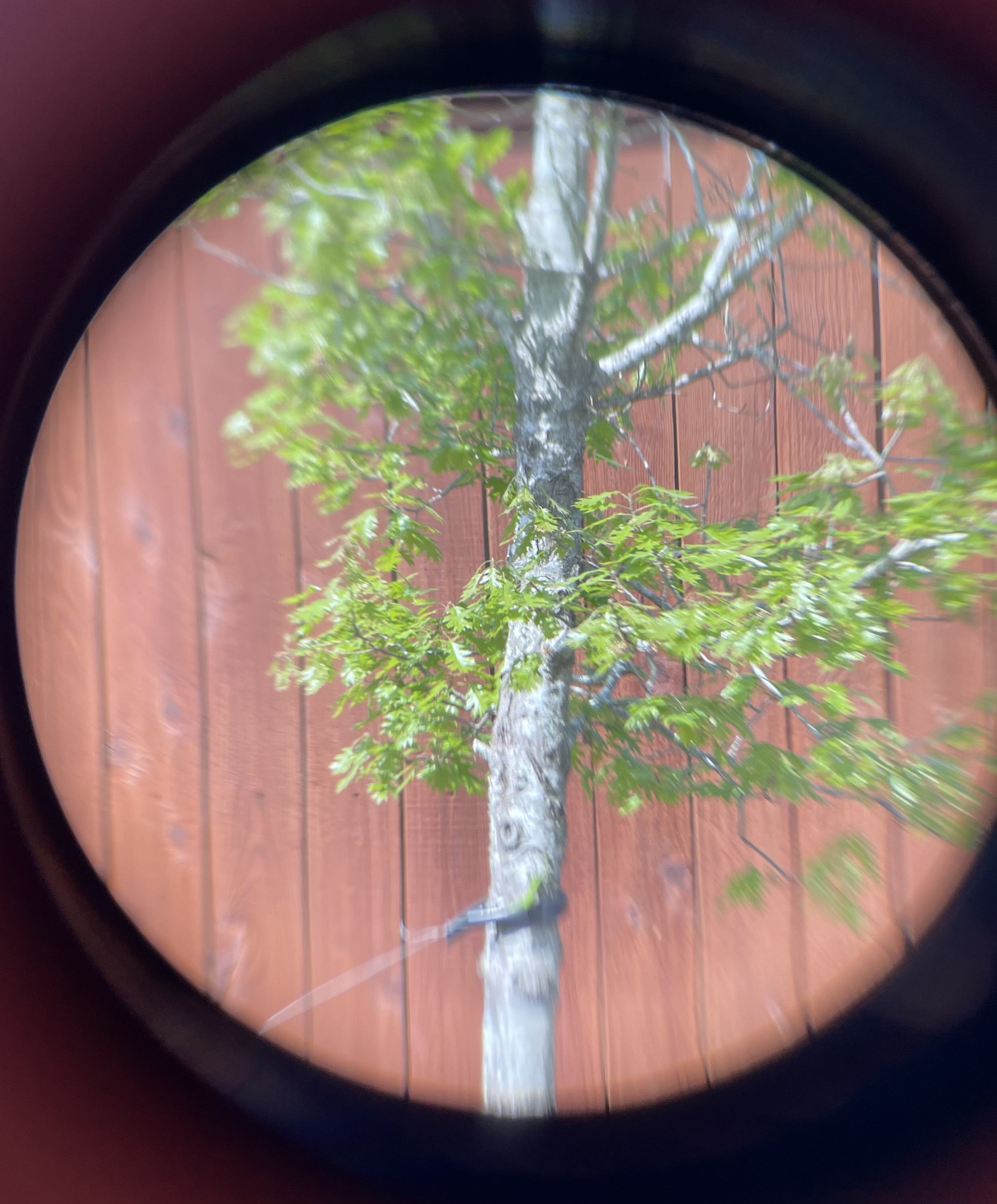 While the Solo does have some edge clarity issues, the Echo has massive issues. In practice the Solo always looked more than clear enough for me, whereas the Echo never totally looked sharp to me.

Here’s the issue with this scope. For those new to optics there’s a simple formula to remember: to increase clarity you can lower magnification, or increase the objective diameter — do either or both, and you generally get a more clear image as more light can get to your eye. So in the 10×36 model I have it is a 10x magnification (high for a monocular) and a 36mm objective lens (large for this type of monocular) which is why the clarity is working well even at the 10x power. And also why the 8×42 binoculars are so much clearer. Again, “generally”, don’t email me. 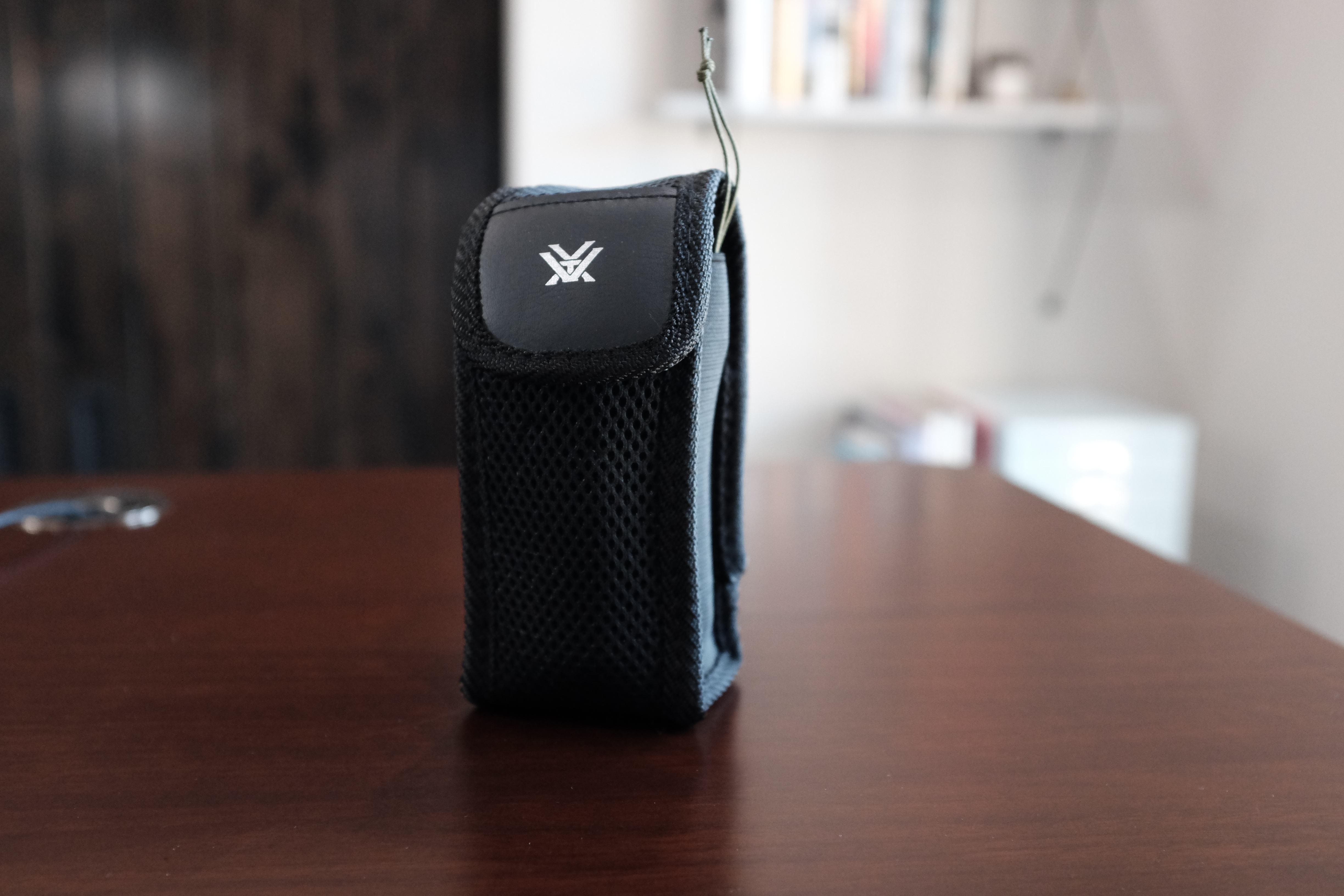 Anyways, with 10×36 you are getting a physically large monocular. It won’t fit in your pocket. It will fit in a cargo pocket if that’s your thing though. The monocular comes with a large padded case with a belt loop. And the monocular itself has a large belt clip built on to the frame. I used it without the case, and clipped it to my backpack each time. It work well for that, and stayed firmly in place. 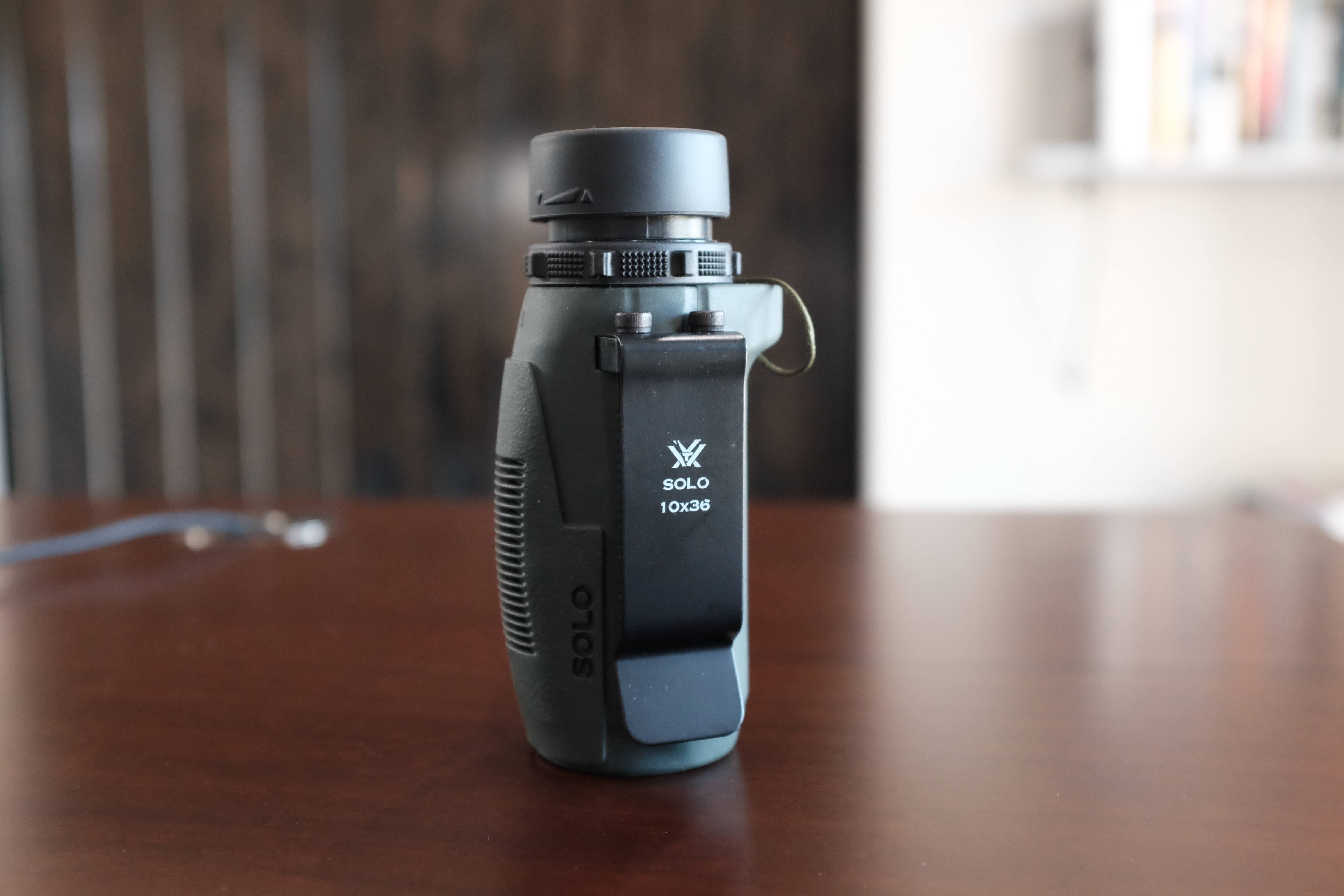 Generally the monocular is easy to use, the focus ring is slightly tight so for fine tuning your image you need two hands, but otherwise the scope is quick and easy to snag an image with. I do find it much easier to use with one eye over the other, which is always fun when that eye is my non-dominant eye. 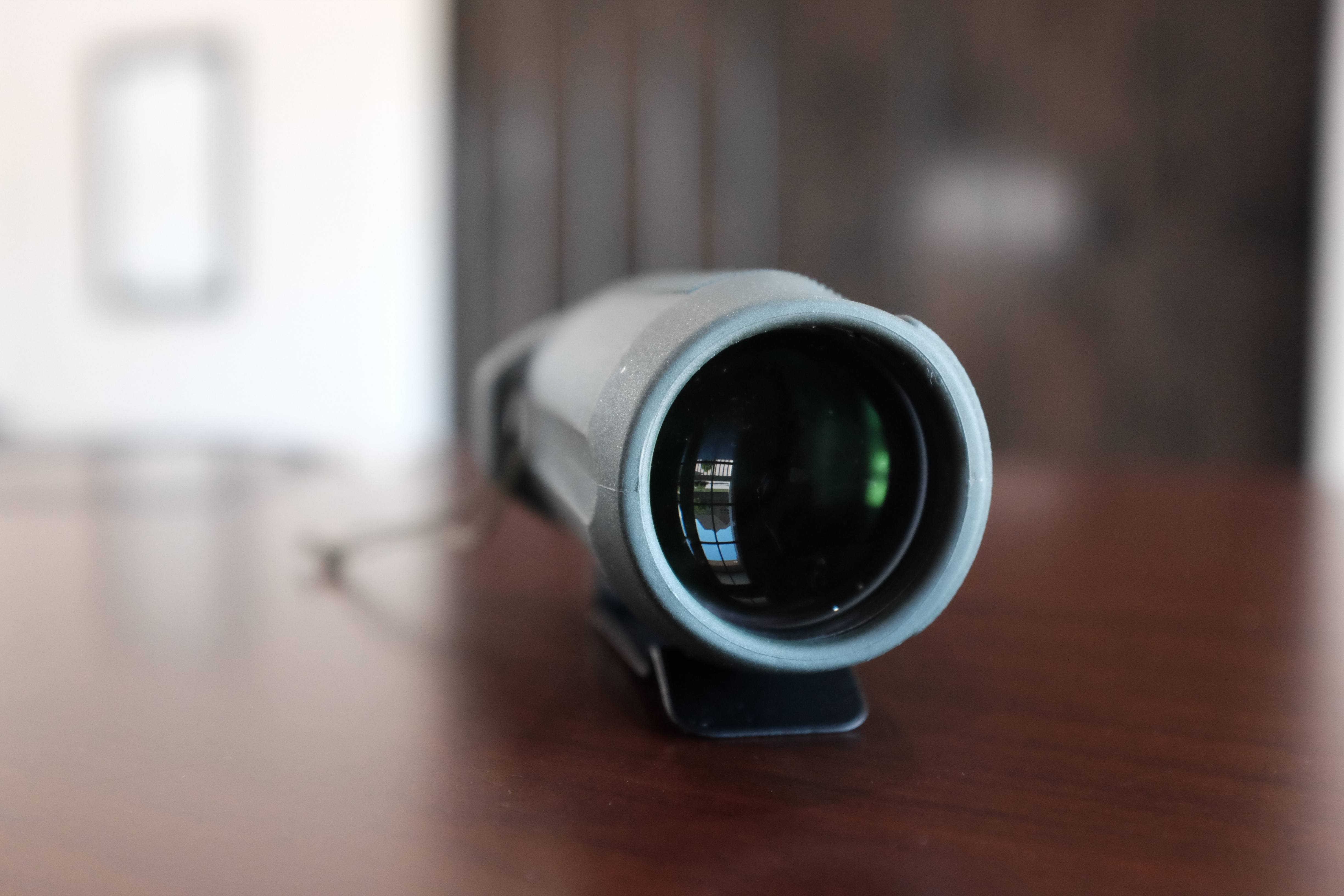 I find it nearly impossible to take an image through with my iPhone — the ones you saw above took me a dozen or so takes to get even those. But that’s not something I bought this for, but if it is something you were hoping for I would look for something else. 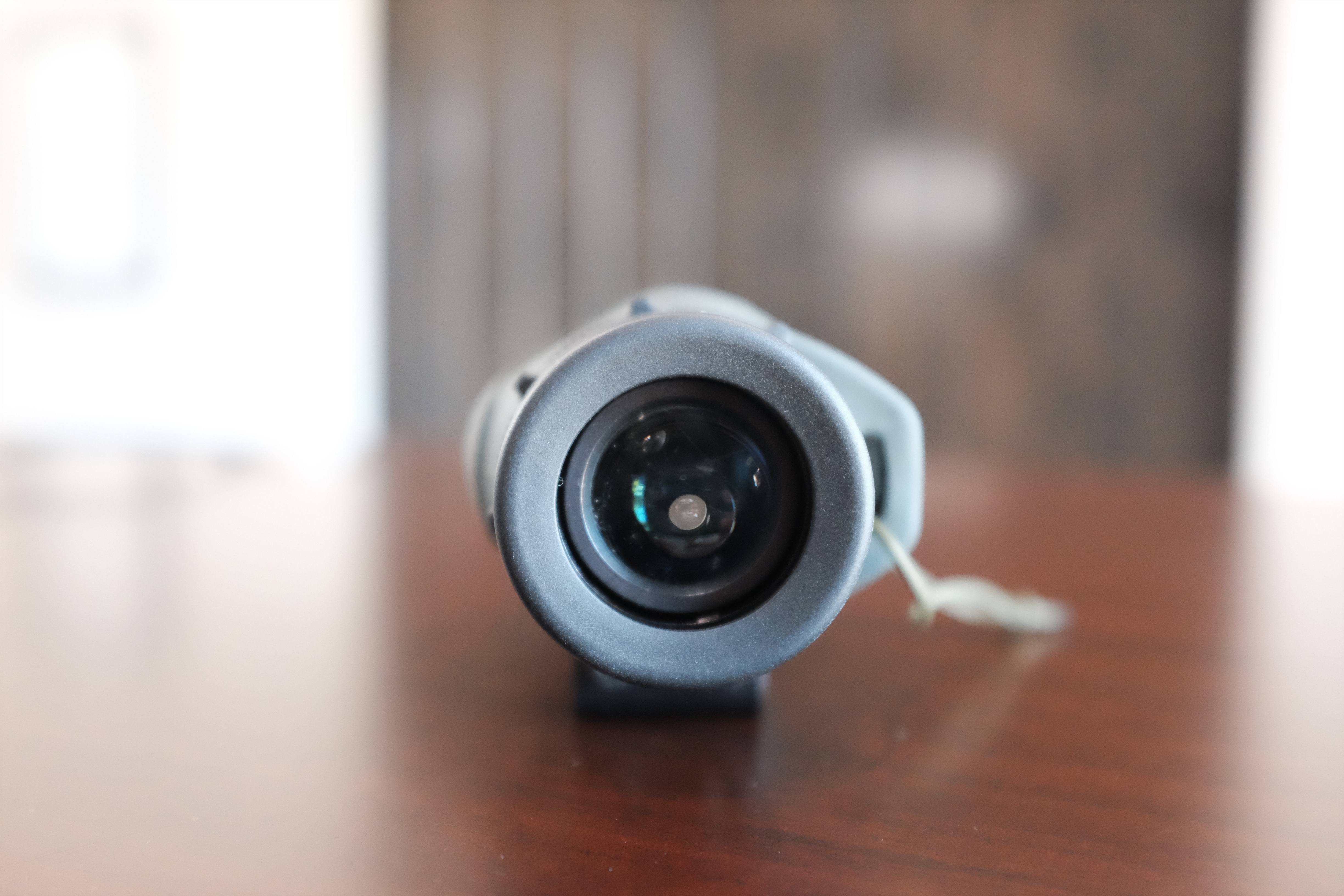 Generally I was more happy to have the scope than not, even with the size/weight/carry penalty of taking it along. It accompanies every hike I go on now. Even taking it to the beach was awesome, as the Coast Guard was practicing some helicopter/swimmer stuff a ways off the coast and I had a great view of that through the monocular.

Quick note here, as I struggled to decide between the 8x or 10x at the 36mm objective lens size. I ultimately decided on 10x because my binoculars are 8x, so I thought it would be nice to have a slightly different frame from the Solo. I also could not find anyone saying you should get the 8x over the 10x online. 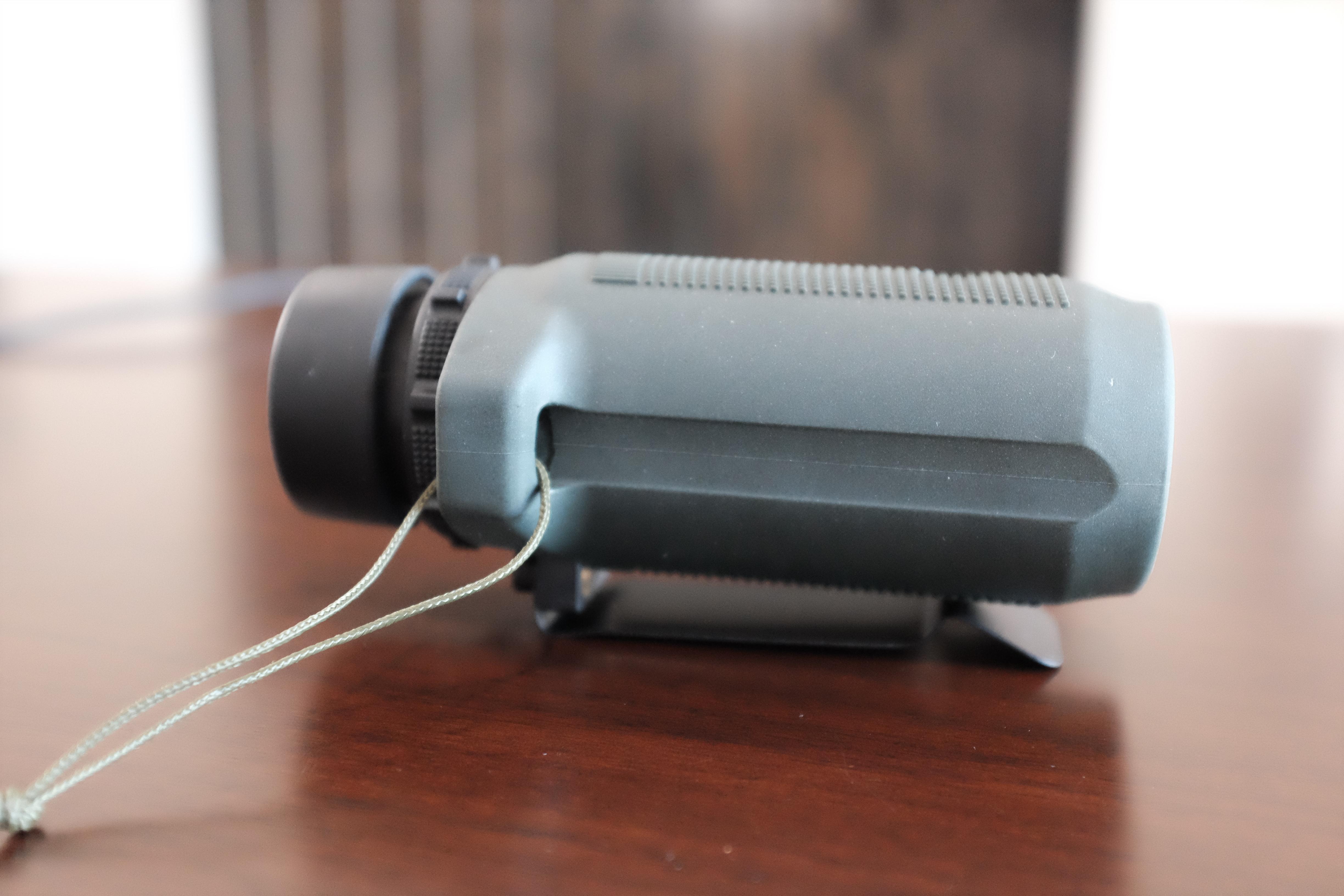 If I did it again, I think I would go 8x just to get a little more light — but I don’t know that for sure. 10x is really nice to have this readily accessible and it’s not been an outright problem — I would like to compare head to head some day though.

It will never be a binocular, but it’s the right trade off for size and bulk. I will take this lots of places with me and I am super happy with it. The only other monocular I would consider is the Maven, but I’ve not tried any of their stuff.

This monocular for general use — when you aren’t someone who has a clear need for a monocular, like me.