Is this the best pen you can buy, yeah, probably.

For years now, I have kept a ‘wish list’ of items I feel I would be unlikely to buy for myself, but which I very much want. And this particular pen had always been near the top of the list — I never bought it because I wasn’t sure why I would use it over some of the other “nice” pens I have. I did end up snagging this recently after some encouragement from others who have it, and my only regret is that I didn’t buy it sooner because it is stupidly good. 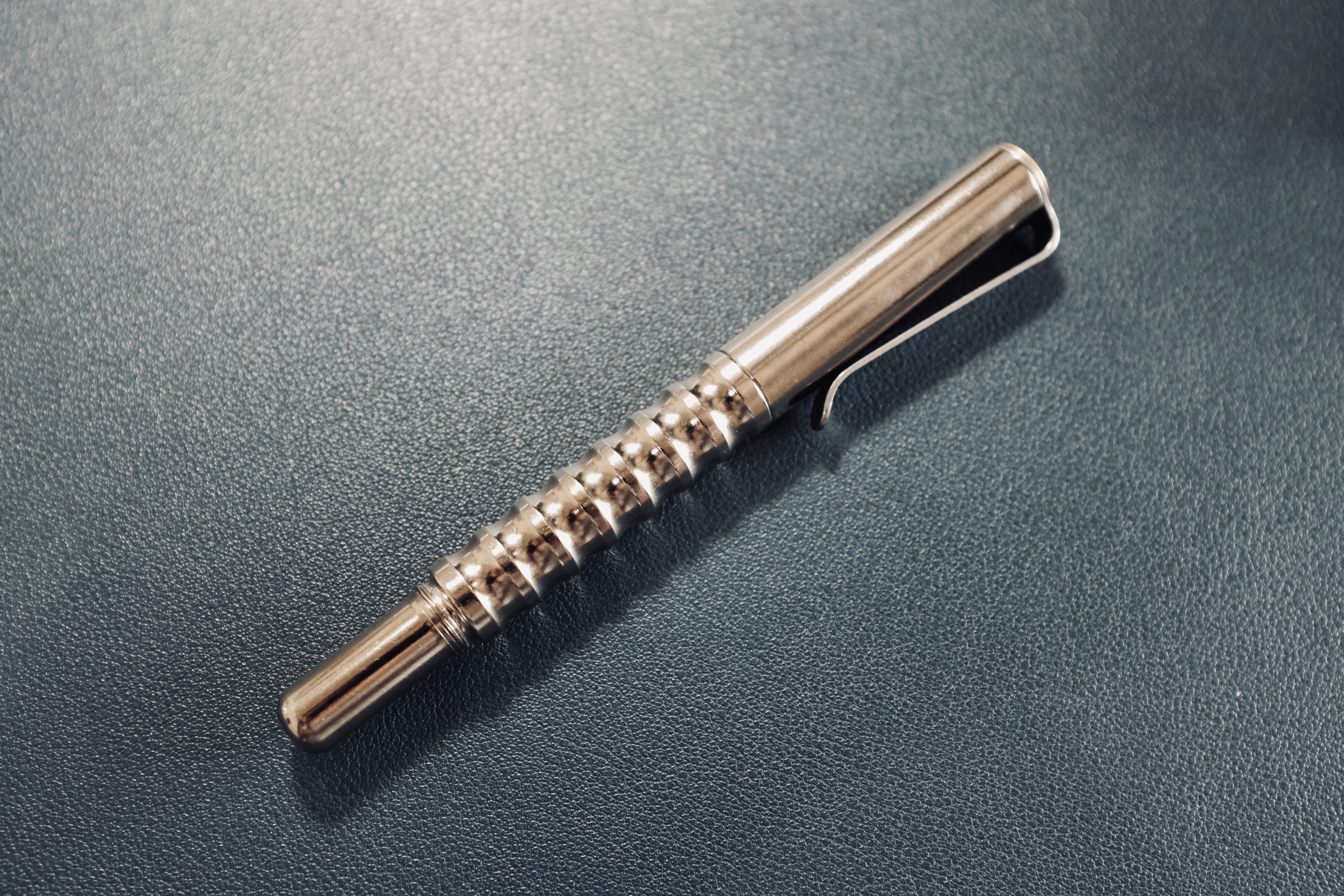 The first stop with this pen is choosing your materials. There are a few options: copper, brass, titanium, and Electroless Nickel. The latter of which is the one I am reviewing here. Both the copper and the brass add considerable weight to the pen, and the titanium (to my eye) doesn’t look as sharp, so Electroless Nickel it is. 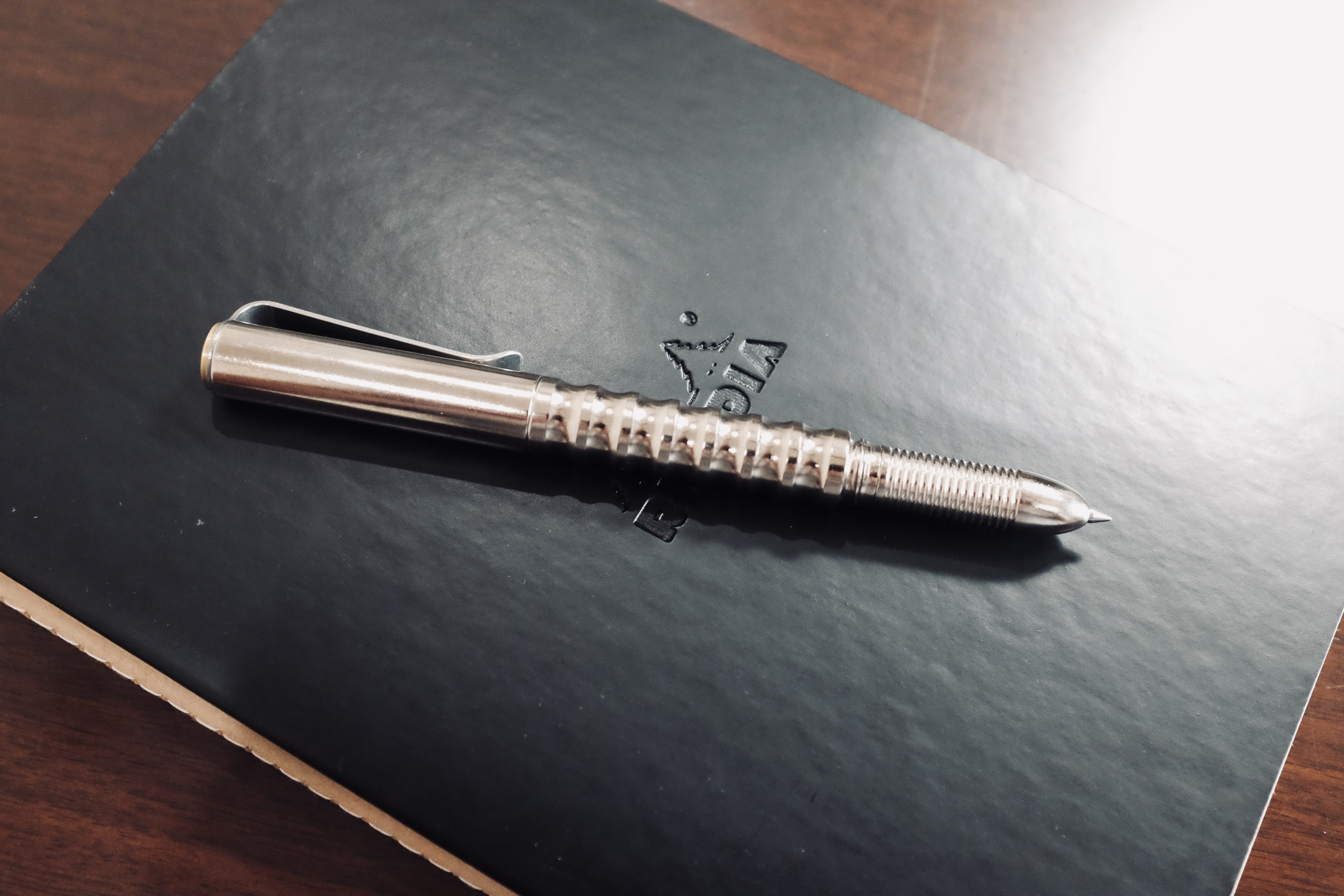 And it’s light, like really light. The weights for the materials from the product page are: 1.2 Oz (Electroless Nickel) / 1.6 Oz (Titanium) / 2.8 Oz (Brass) / 3.0 Oz (Copper). At 1.2 Oz for the nickel version you are near the “whoa” level from something that also feels really well built. As in: whoa this is so light yet it feels unbreakable. 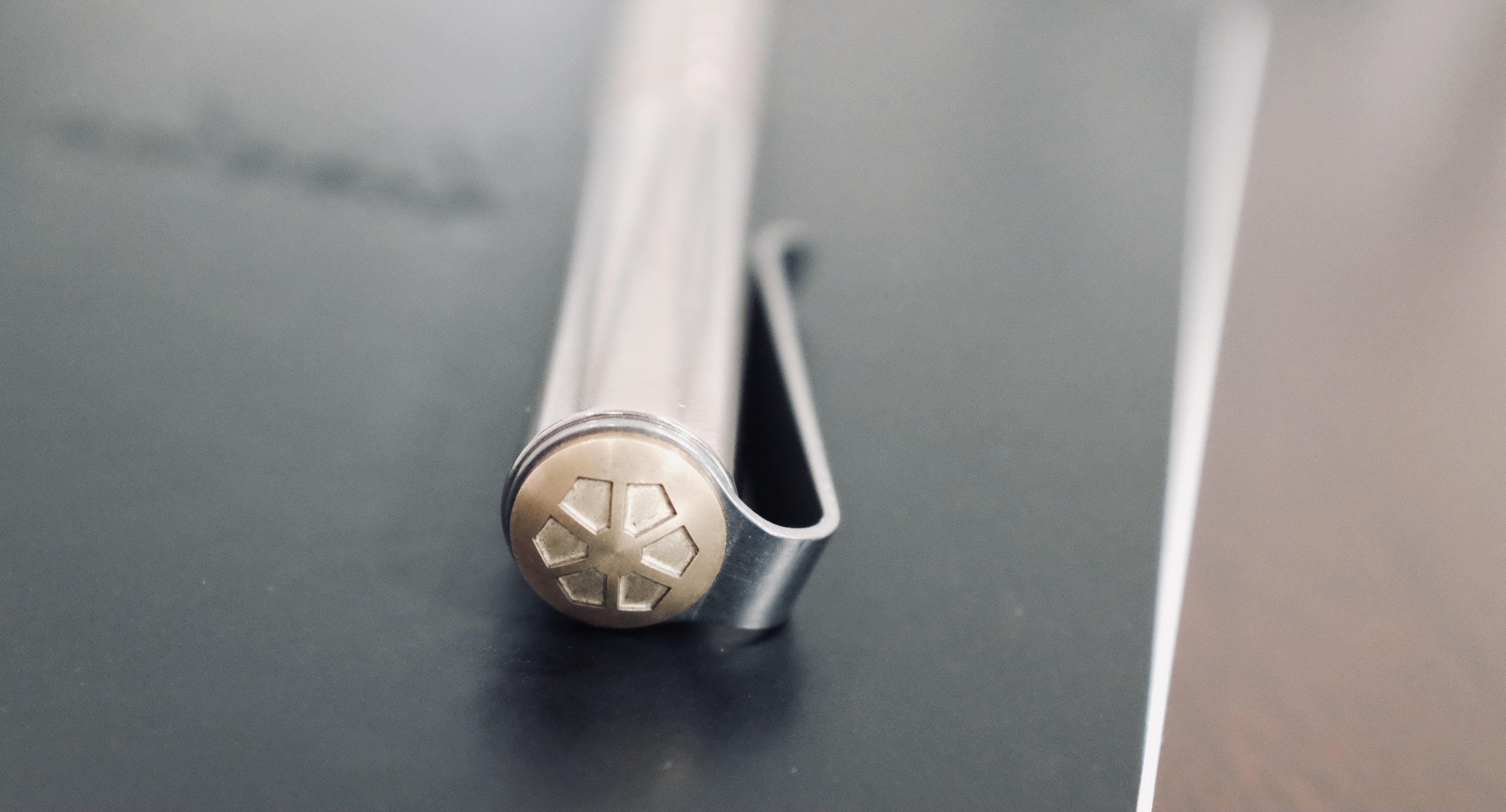 When I first picked up the pen I was worried it was too light, and I might want to go snag the Titanium variant instead (it is a touch heavier), but as it turns out the lack of weight is one of the best features of this pen. More on that in a bit.

Generally: the materials here are all top notch and amazing. As is the fit and finishing on the pen — very precise with grip, but no sharp edges. It is really well executed in very facet.

Something that makes this pen special to me is the fact it is designed to take Montblanc rollerball refills as the preferred refill medium. It does not, however, come with one — as Montblanc is ‘particular’ about who can sell such exclusive pen refills. So the first thing you need to do is have Amazon send you the proper refills for it and replace the Knock-off refill they are forced to ship with the pen. 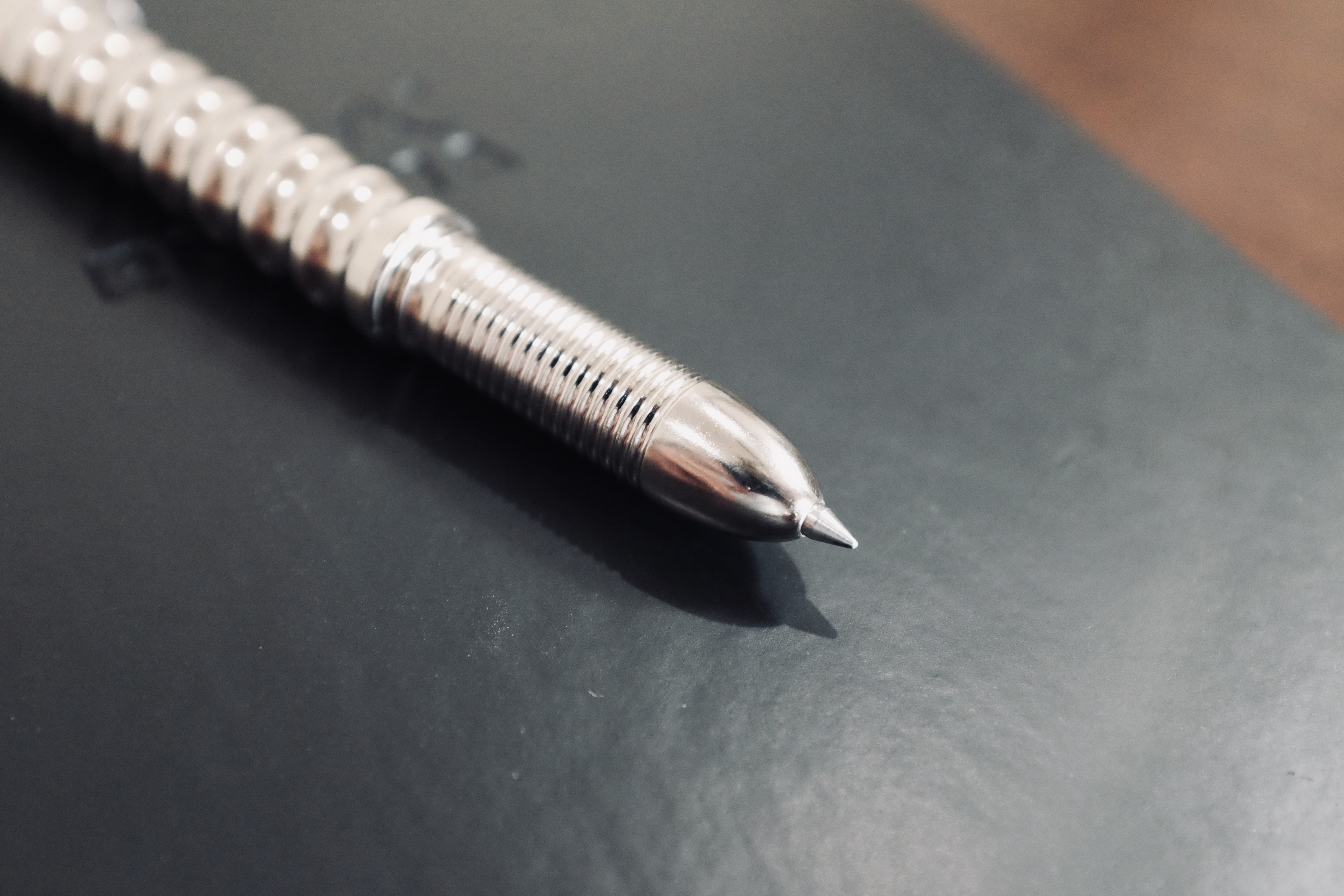 But once you do that, you are golden. Montblanc rollerball refills are the best refills you can write with, and anyone who says differently is sadly misinformed. Which means that when you couple this refill with this pen, some magic really starts to happen.

The pen with the cap secured to the back is perfectly balanced, and the lack of weight makes it extremely nimble. Then you get to the grip on the pen, which locks your fingers in hands in place and gives you a very controlled writing platform. Writing with the pen actually took me a moment to adjust too as I was so used to heavier pens. 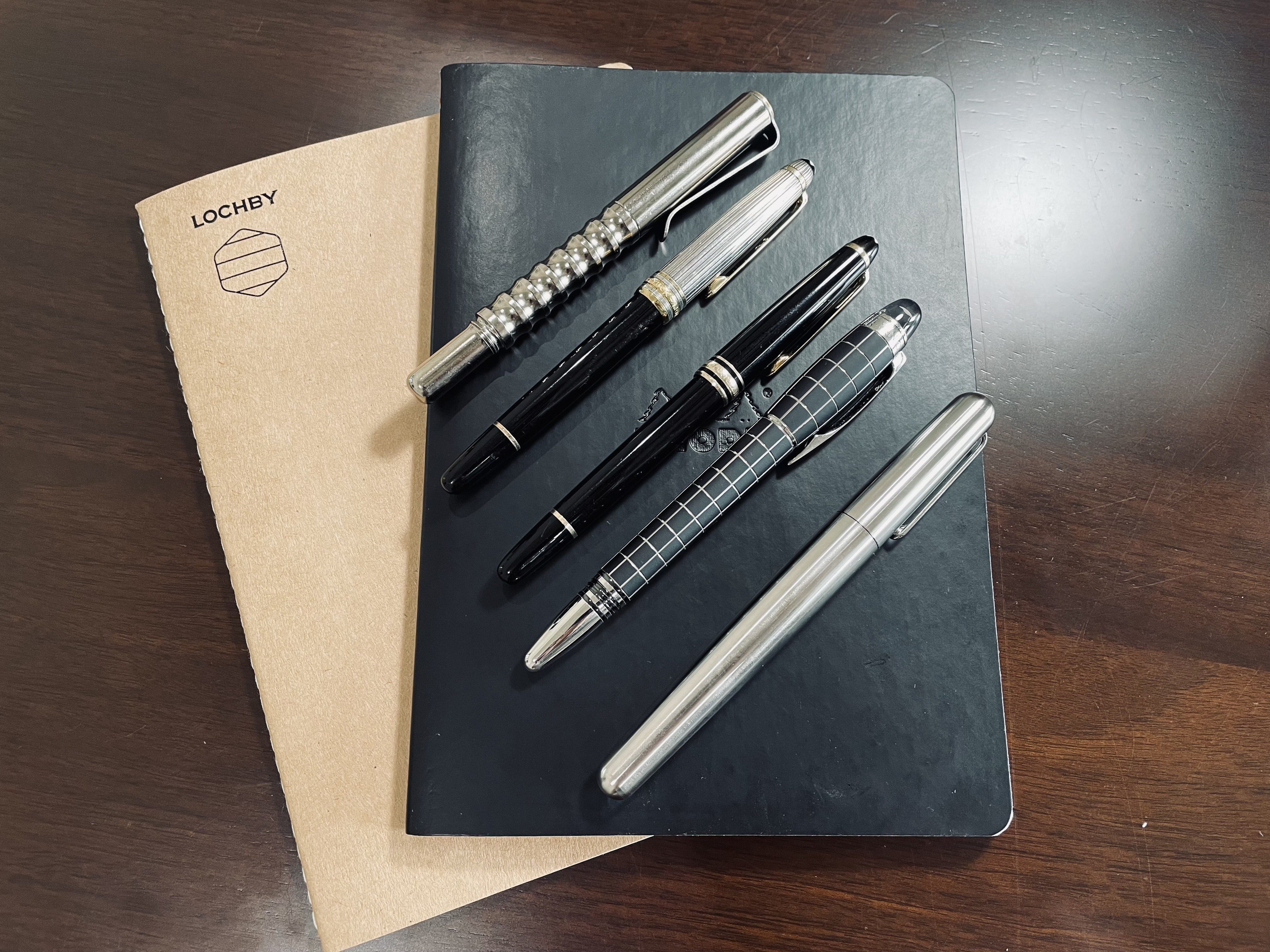 Forget any of the other pens I have talked about, and lets talk about the Alpha as compared to other Montblanc rollerball pens themselves: it’s better than what Montblanc offers. Now it is entirely fair to prefer the Montblanc pens they amazing looking and feeling, but for writing with the Alpha is better. The balance is better, and the grip is better. It doesn’t have the features, tricks, and status of a true Montblanc, but it’s a Montblanc made for literary combat or something like that.

There is only one issue with the pen from a use perspective: taking the cap on and off. It’s weird. Because what you have is a horizontally ribbed pen grip with decently tight tolerances from the cap, which itself has exposed threads to screw on to the pen at the opening — and this means you get the screw threads grating against the pen grip. This both feels bad, and sounds bad. I do not love this, but I see no way around it without making the pen worse. It’s not a big thing, it’s just a thing and a thing I don’t love, perfection ruined.

Normally I don’t comment much on how a pen carries, but I bought this pen specifically to carry in my pocket. And so I need to inform you that the clip on this pen is amazing. It easily clips to the top edge of my pants pocket without any arguments from my pants — and it stays put. I was worried the curled tip on the clip might cause it to get stuck to things, and thus the ultralight pen might disappear to an accident. But I’ve yet to have it move from my pocket at all since I have been carrying it — or even move positions. Crazy. 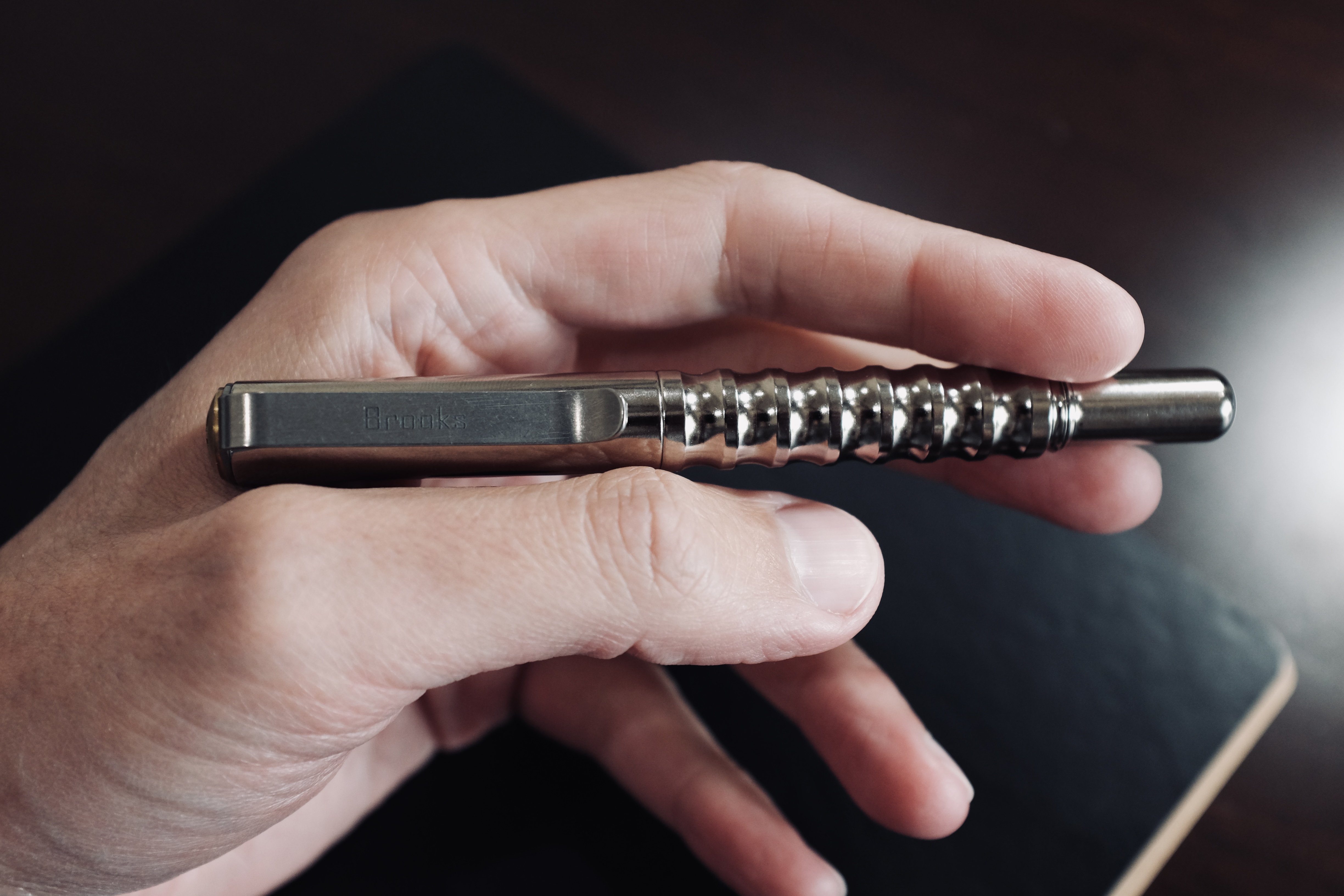 And because of the weight the pen is barely noticeable in my pocket — indeed a couple of times I have left it clipped to my pants when changing my clothes as I forgot it was there. It’s the best pen I have found to carry with you and has made a pen a regular part of my carry setup now.

Long story short: oh my, this clip is amazing.

If you can’t tell, this has become my favorite pen to write with. I even thought about getting a second one, but given that the pen is almost always with me, I am not sure why I would ever need a second one. So you should buy this, for sure, I got mine engraved because why not — still shipped stupidly fast. 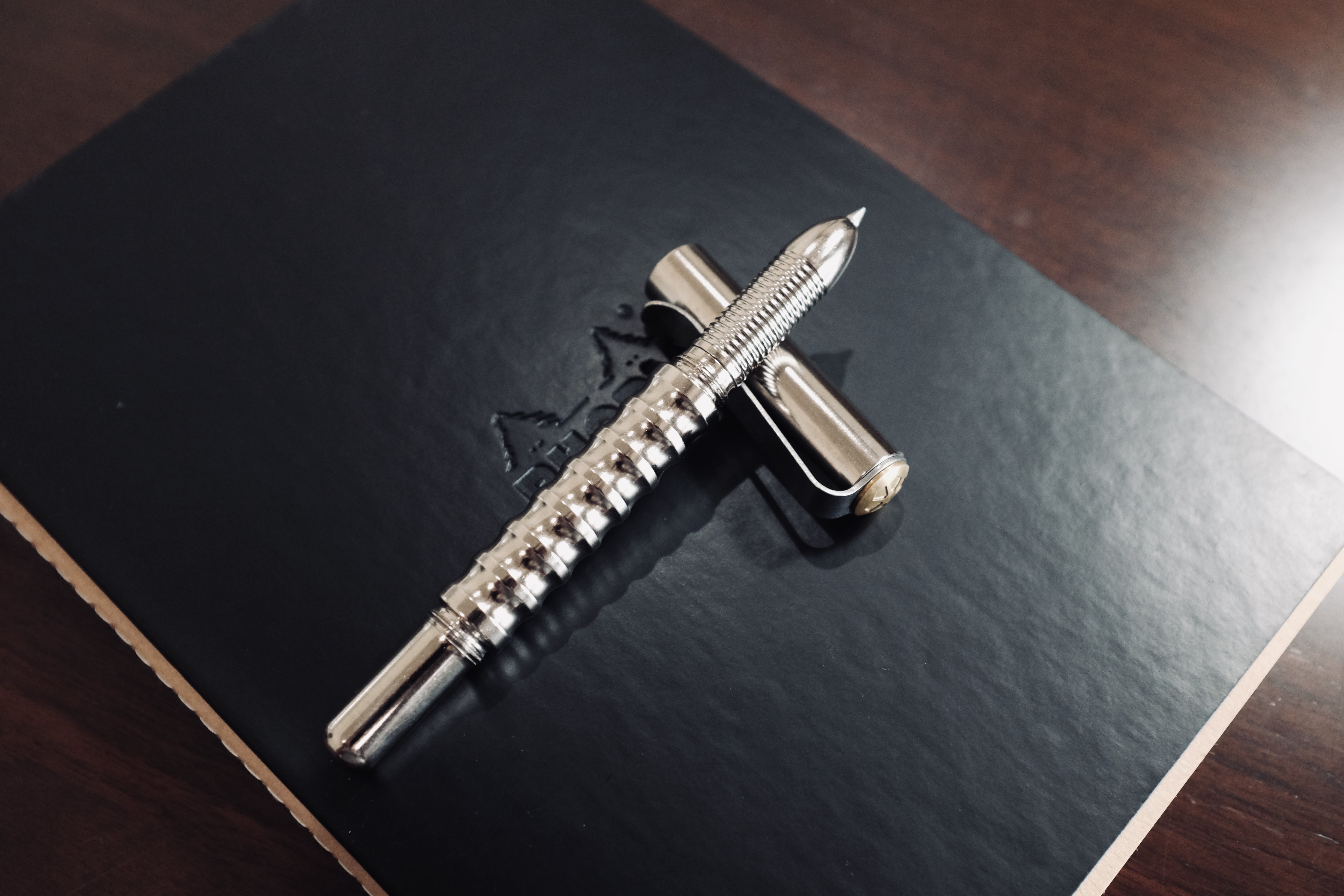 I will note that if you get your ink directly from Montblanc, you can find some neat colors in the refills as well. I snagged Irish Green which is really bright and pretty cool and cool gray which I have not busted open but gray ink seems like either a genius move and incredibly dumb.

I cannot recommend this pen enough, grab one.