For the toughest laces which still work really well, get Rhino Laces.

My first pair of GORUCK’s MACV-1 boots never had a laces issue, as I wore them until I wore out the tread with the same laces the entire time. So I was a little surprised to see that my most recent pair (purchased January of 2021) was starting to have the laces fray in a spot. I decided this was a good opportunity to see what else was out there, because while I have never complained a ton about the stock GORUCK ‘speed laces’ I’ve never really loved them either.

The speed laces are pretty slick, this means they pull tight easily, but also that they are prone to becoming uneven while knots also don’t hold as well as you might like for shoe laces. 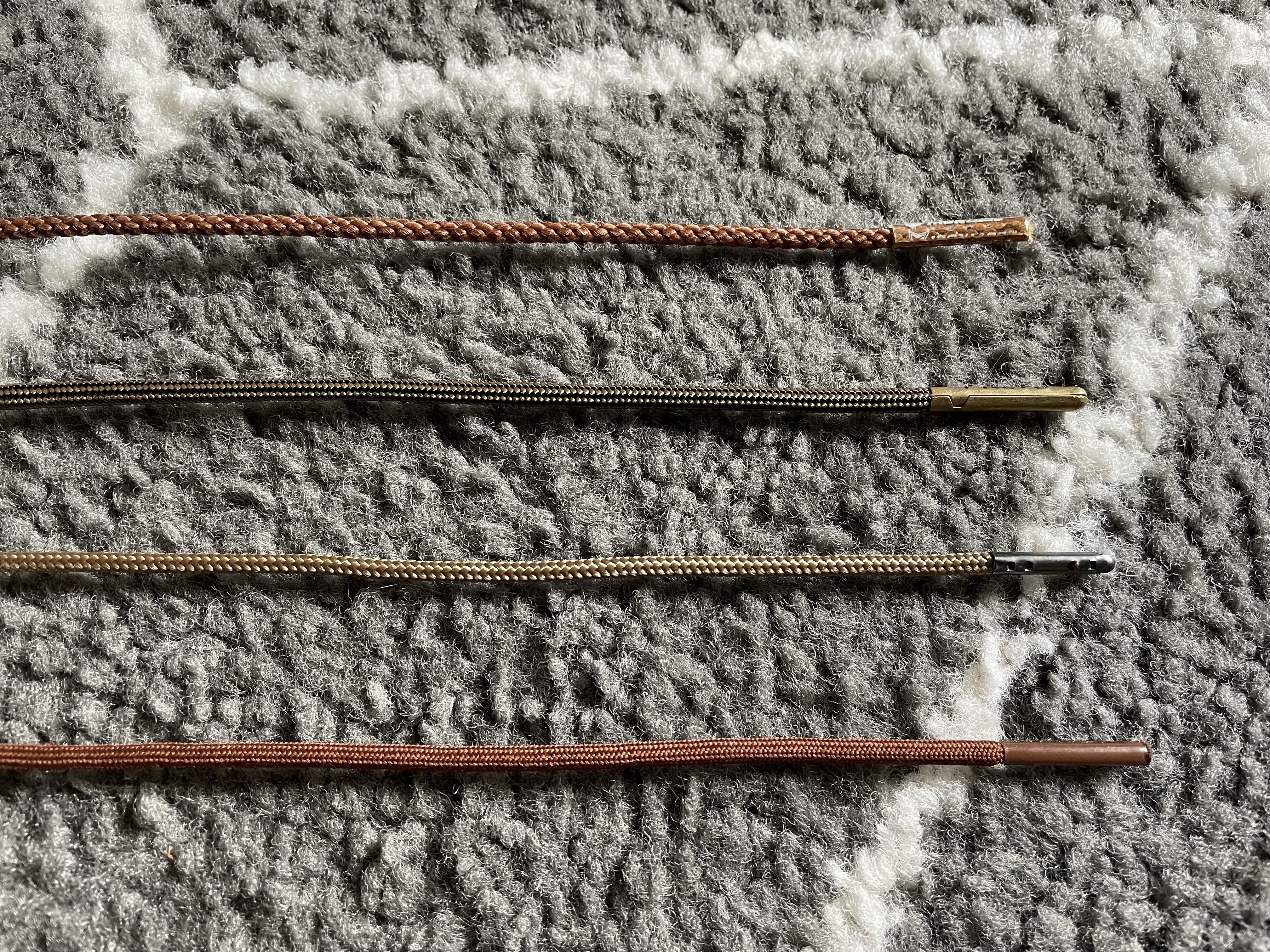 To that end I did some searches for “best boot laces” and “toughest boot laces” and bought three very different looking pairs: Ironlace, Rhino Laces, and Pisgah Range Laces. These are all good, but each offer differing trade offs. 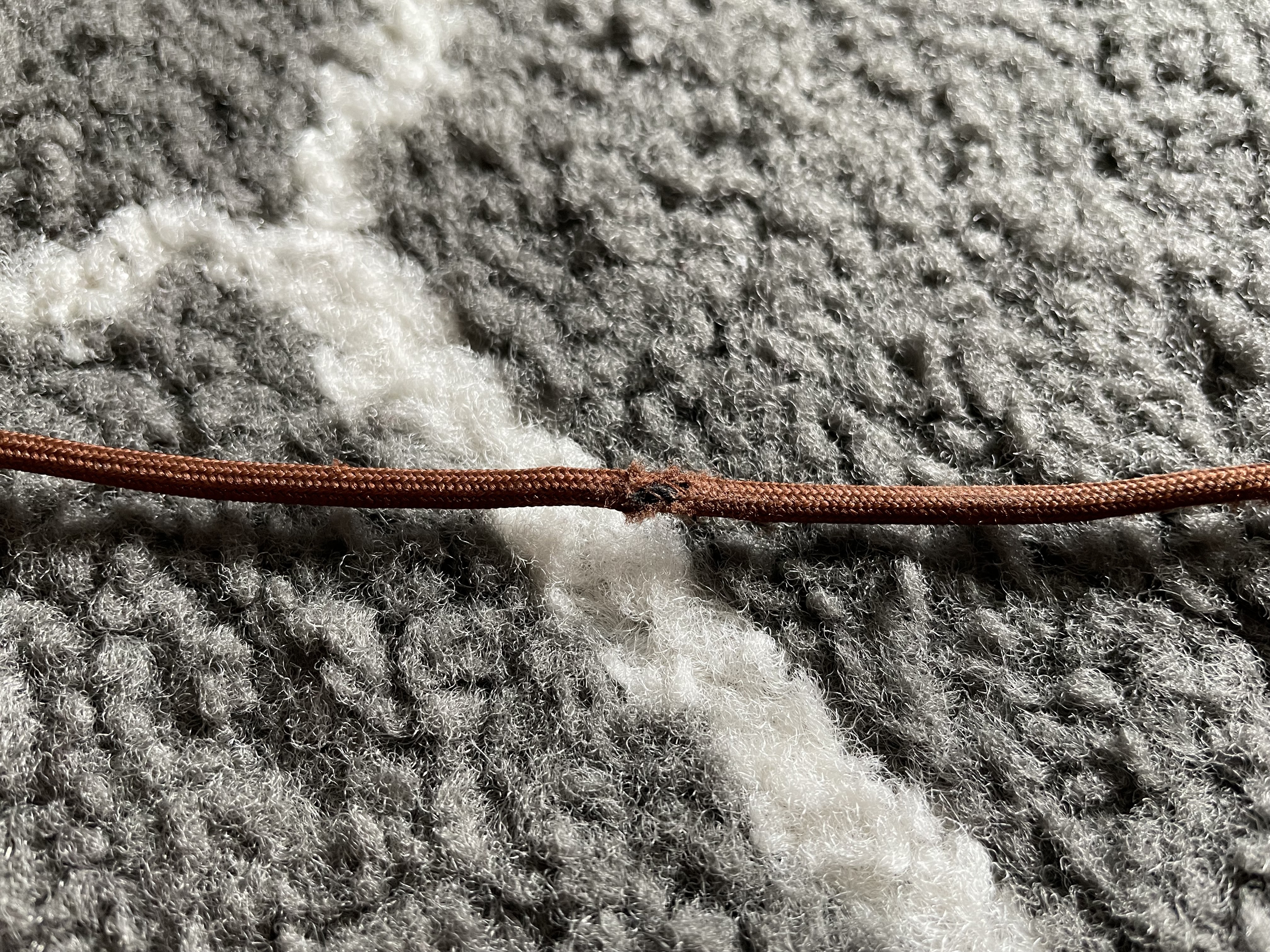 Fraying on my GORUCK laces.

The first pair I received were the Ironlace, sold on Amazon in a few different colors. They are marketed saying: ‘broken is not an option’. For $16 or so, you can get the “unbreakable round” laces. 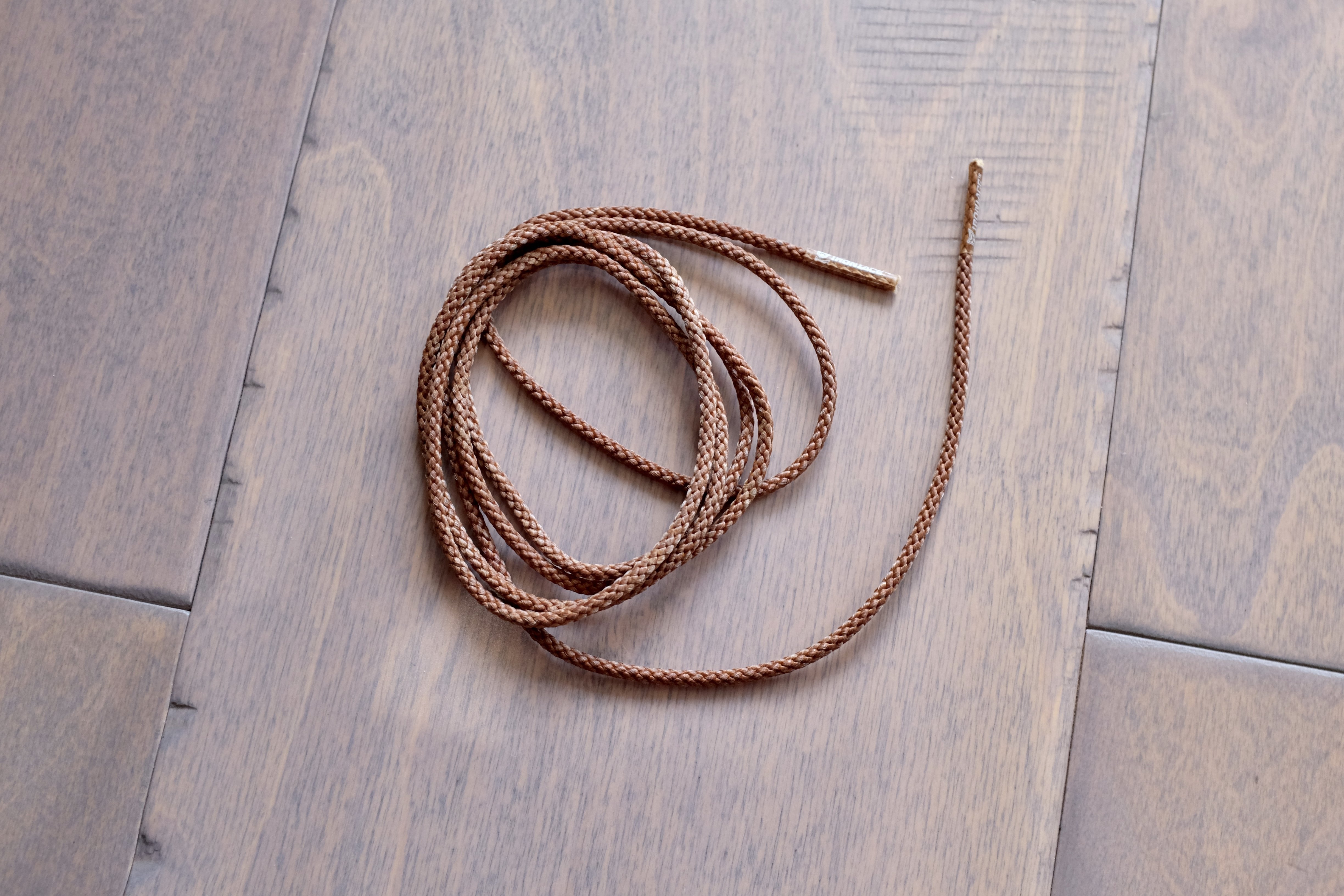 Upon arriving you will confirm that they feel unbreakable, and that they also might double as a rope saw for pruning trees. Here’s the rundown:

These laces are pure overkill and I kind of love that. They look pretty meh, but there’s no denying they have been made to last. I also appreciate the ability of them to hold a solid knot, but the sheer lack of speed lacing/unlacing can be frustrating if you are not wearing the boots for long stretches of time. They are warrantied for life which is the standard amongst the laces I test. 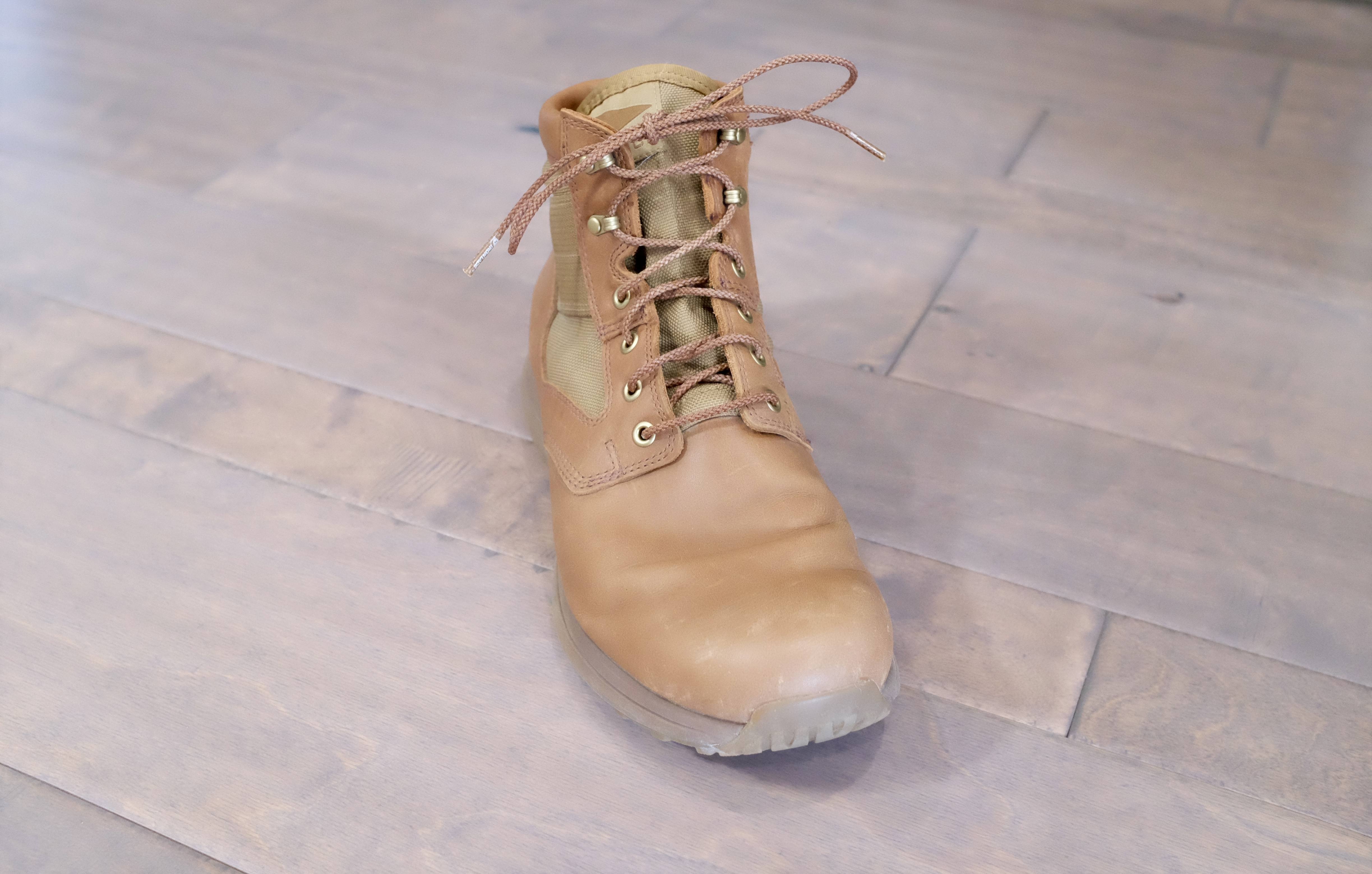 These are good, but not if you like being able to get in and out of your boots quickly.

Rhino Laces take a slightly different approach with a focus on both durability and heat resistance among other things. They sell with the tag line “virtually indestructible” — seems accurate. For about $19 a pair, you get a decent offering of colors in a round laces which pretty closely matches the look of the stock GORUCK laces — military folks can snag them for 50% off. These laces were made for wilderness firefighters they say, and have a tested melting point of 950°F which seems impressive to me, I decided not to test the claim. 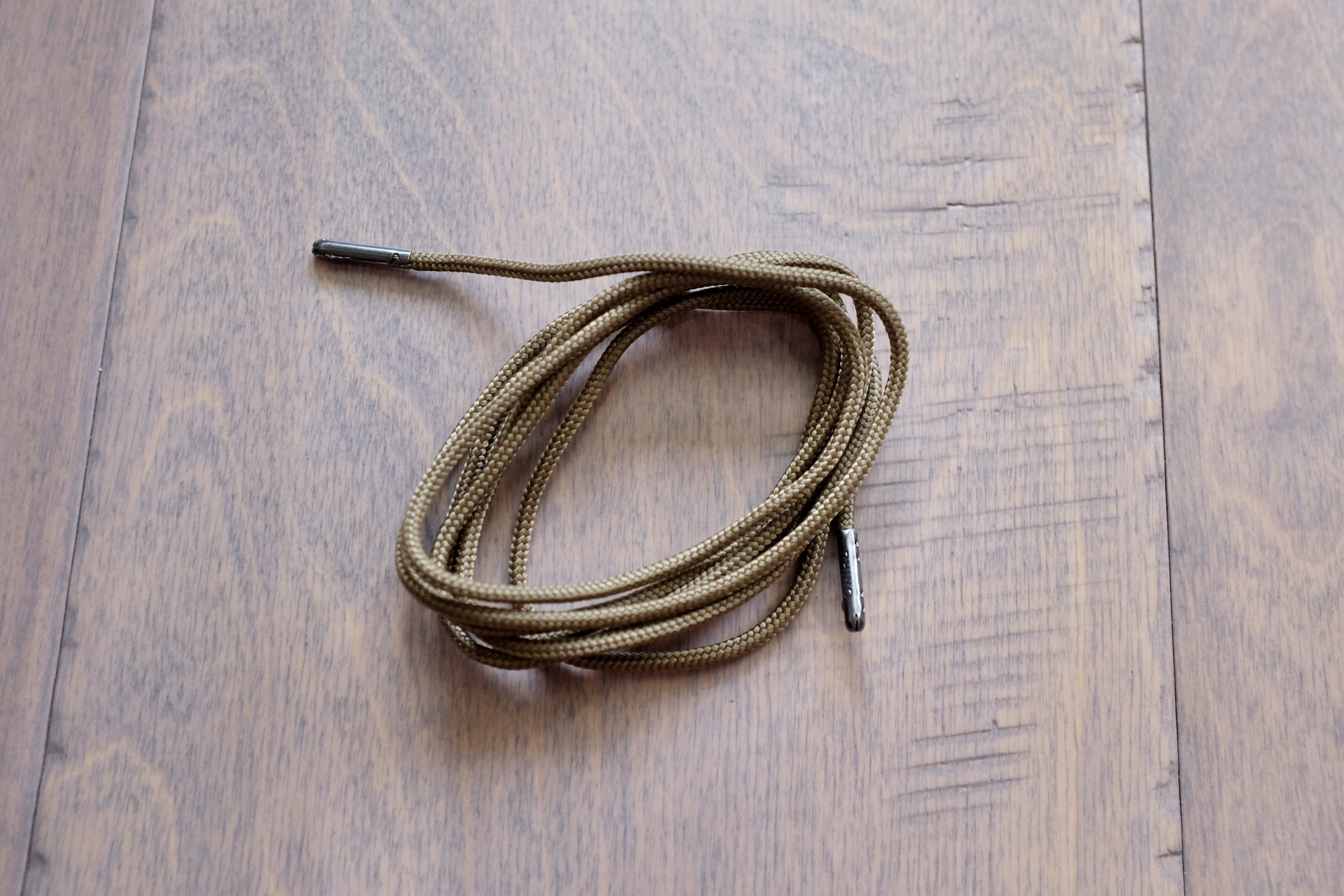 Here’s the rundown on these: 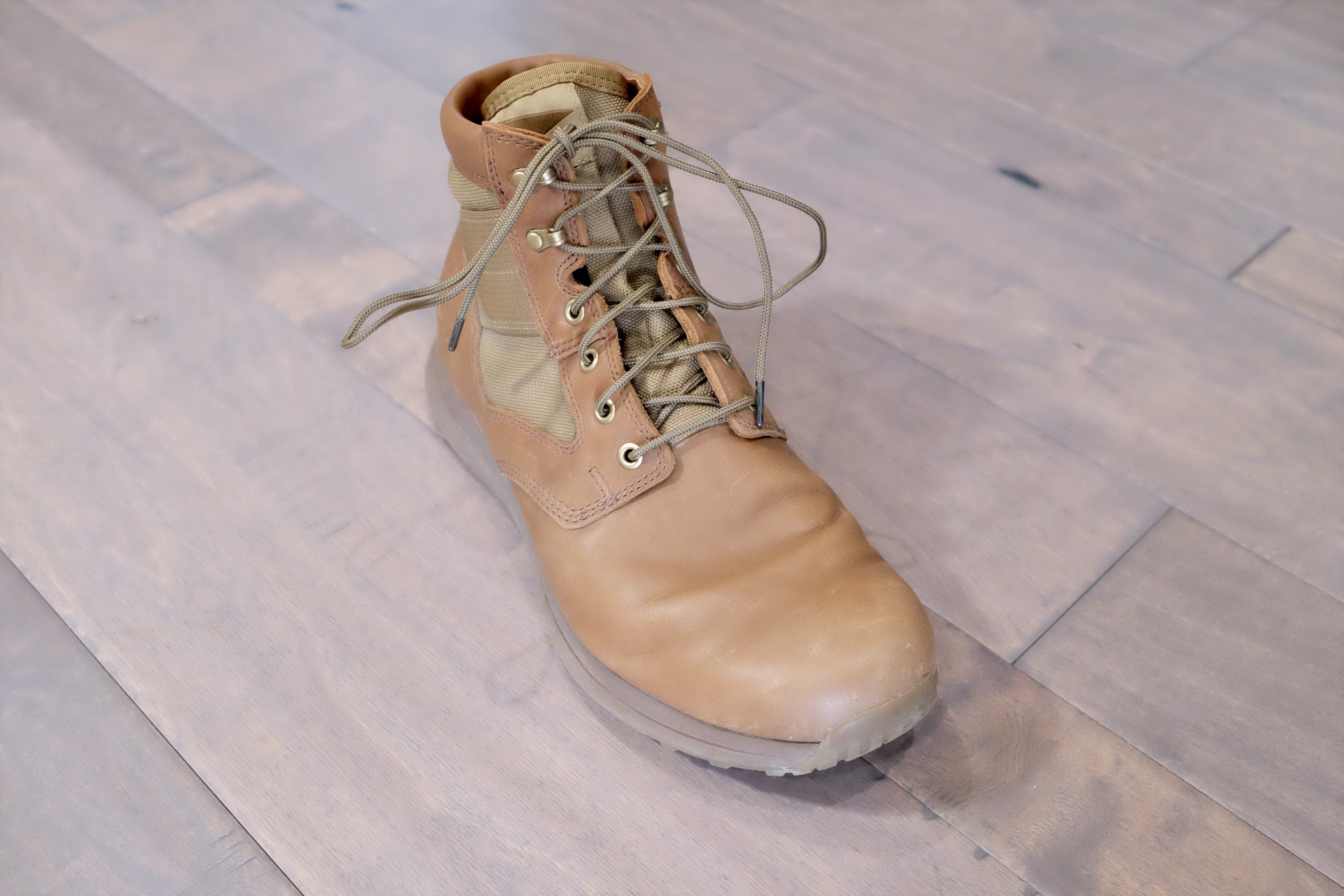 These are really nice laces, and what I have settled on personally. I think they offer the right trade offs of the others. They are warrantied for life as well and are all around solid.

Last, we have Pisgah Range Ltd Laces, which sell for $10 a pair. These are marketed as “Toughest. Laces. Period.” These laces are Paracord laces, but come with a lifetime warranty like the others. If I had to guess they are Paracord 750/850 something like that — they are thick. Here’s the rundown on these:

Ok, more on the knot holding, because Pisgah Range actually has a YouTube video showing a different knot to use with these laces. That knot is hard for me to remember to tie, and even with it, I think it held only 85% of the time, mostly because I tend to mess up the knot each time — it seems to work but would take practice to get to a place where you can do it reliably each time. The advantage of that knot is that you can still untie the lace as normal just by pulling on the ends. A standard double knot secures these laces just fine though, and is easy enough to undo. 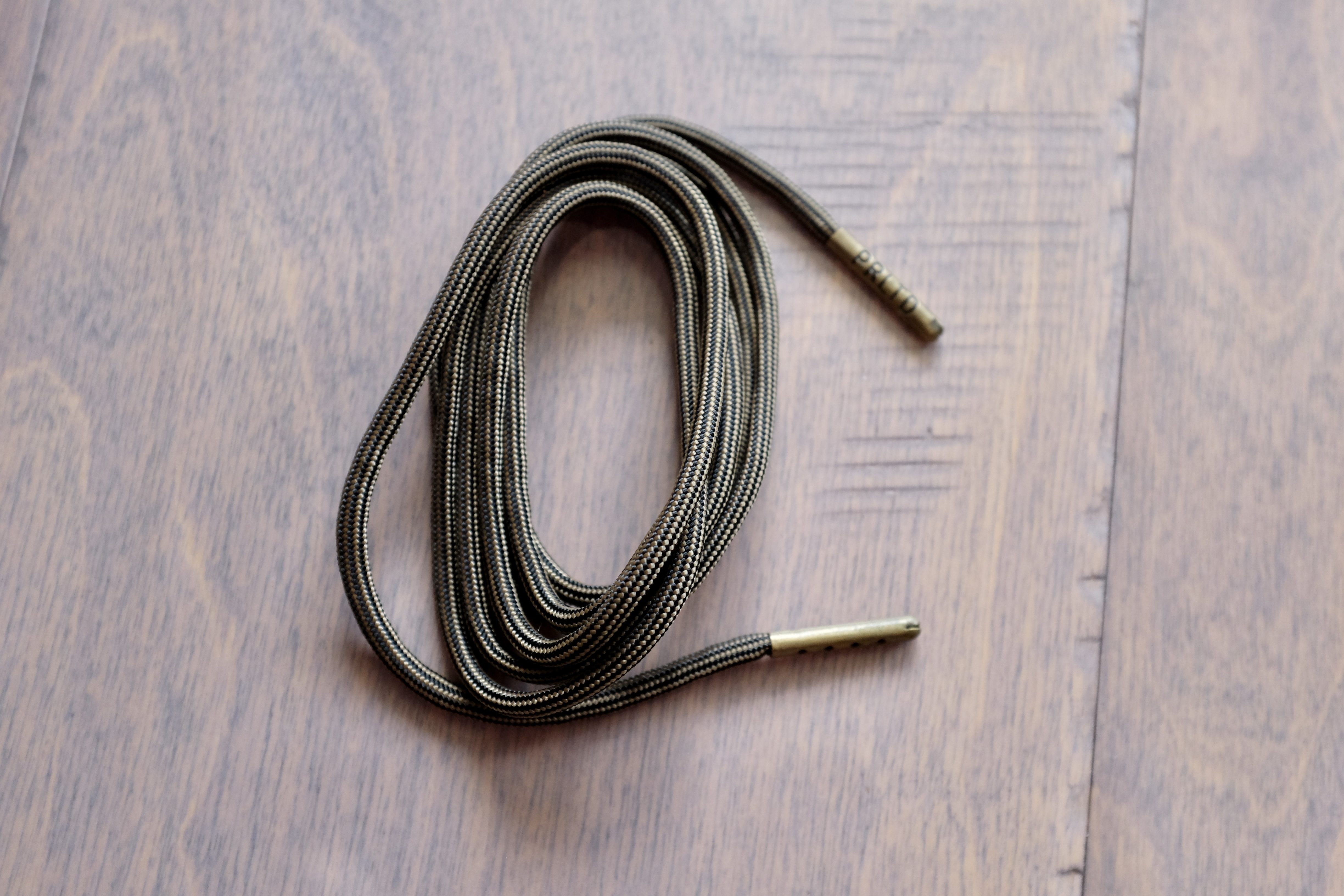 Overall, these would be the picks if you just want something very similar to stock laces, but which hold up a little better, or want a wider range of colors. I can also say that the customer service is top notch, as USPS never showed my laces as being delivered and the company owner reached out to me to make sure I got them. That’s aces. 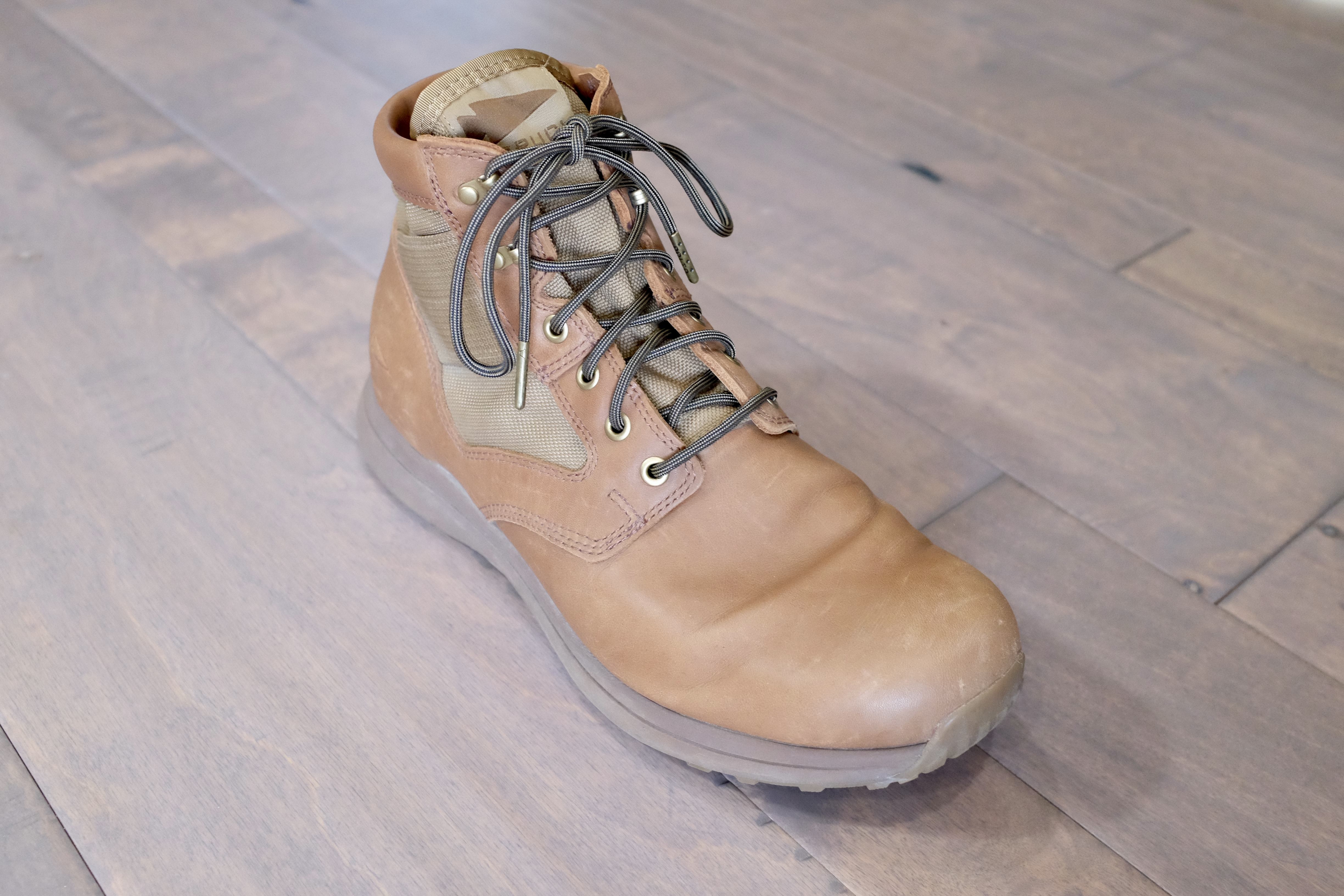 Let’s also not forget that these are $10 a pair, and have a lifetime warranty — best value by a large margin. (Speed Laces from GORUCK are $8 a pair.) 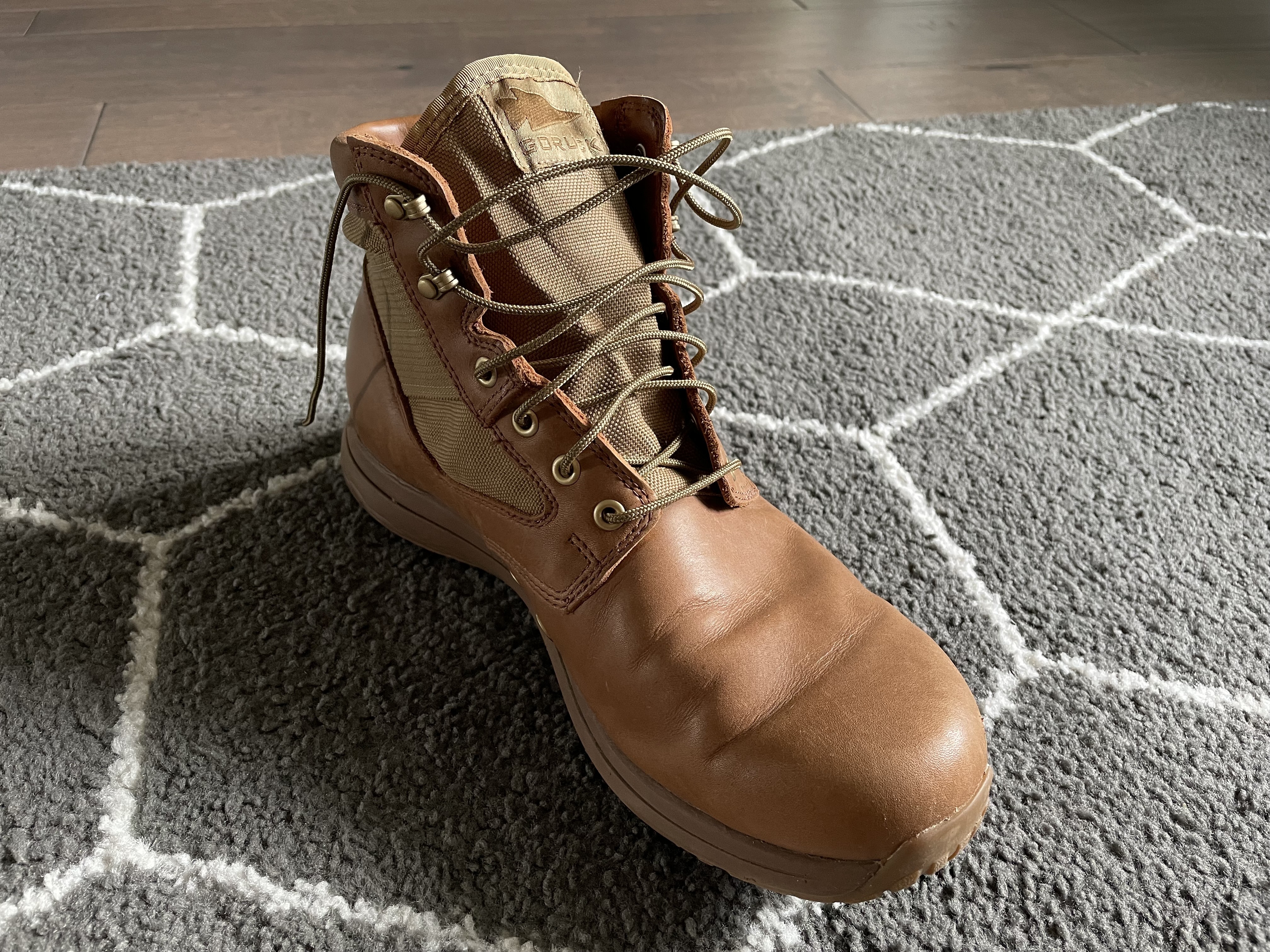 Rhino laces on the MACV-1.

I know comparing those laces from my writeups may be hard, so if I rank these laces on four attributes of: durability, looks, knot holding, and lacing, here is where they come out (10 is best, 1 is not good).

Basically, the best laces for going hiking in the backcountry or somewhere that you really just want the toughest damned thing: Ironlace s. For everyone else I think the Rhino laces are better, and perhaps best for those in a profession where extreme heat (fires, or I guess like bombs?) they would likely be the better pick. If I were doing it all again I would get Pisgah range for all my boots, and Rhino Laces for my Rucking boots only.

My pick: Rhino Laces for rucking, Pisgah for the rest of life.