This is my favorite AAA-sized light to date and the price is silly good.

My first Reylight was the Pineapple AA light in brass. It’s a great light, I have two of them, but I always stayed away from the Mini because the larger version brass feels nice, but sucks to carry (too heavy) and the long standing Titanium version of the Pineapple Mini never spoke to me. I feared I was getting a net negative trade off, so I stayed clear.

Recently though, Reylight came out with the happy middle ground for me: the Pineapple Mini Aluminum, with a battery it is $32. It weighs nothing, and has that 219b goodness which makes it a near instant purchase.

This light is great. 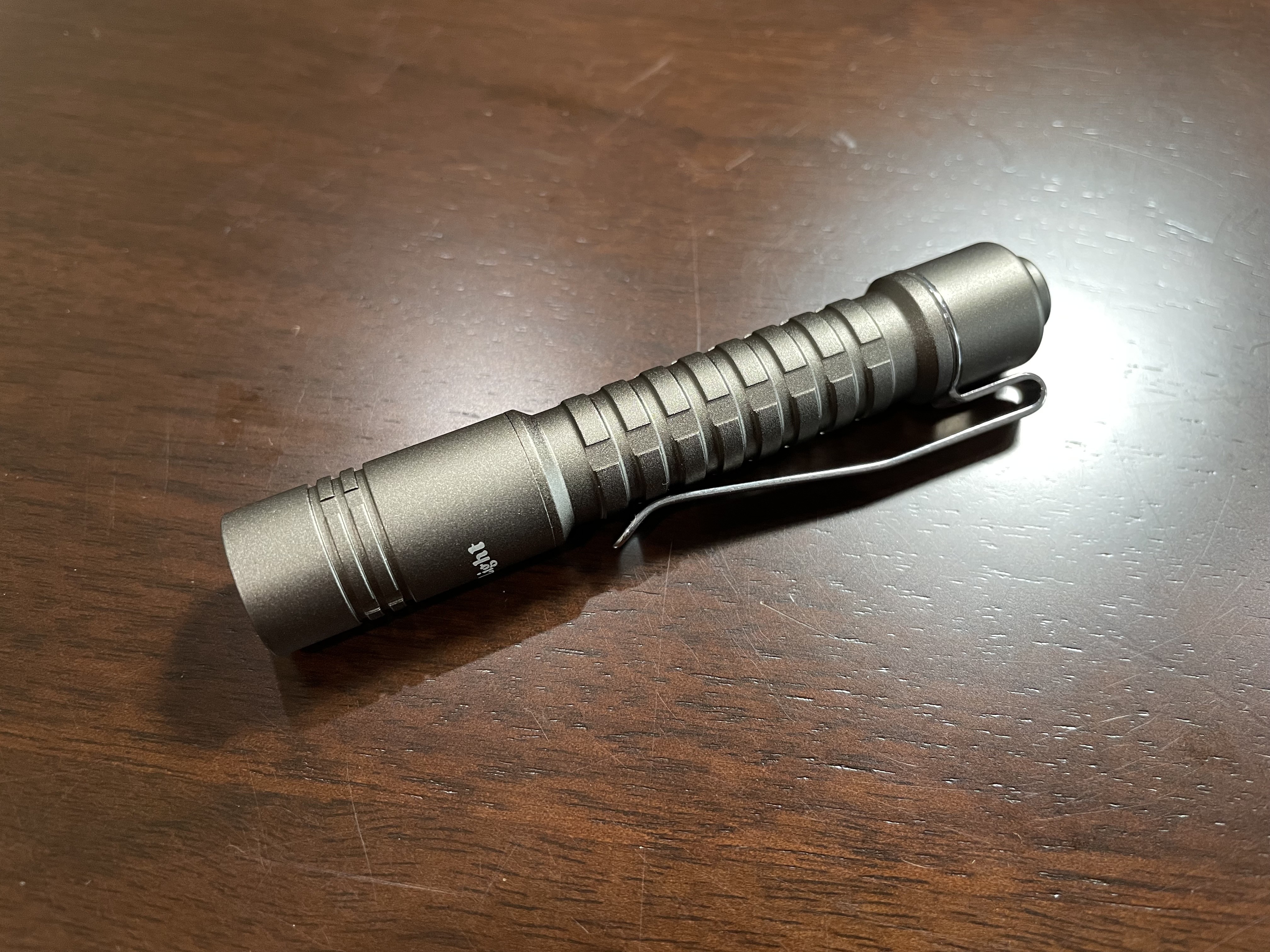 I grabbed the grey model with the 10440 battery and have been testing it since. 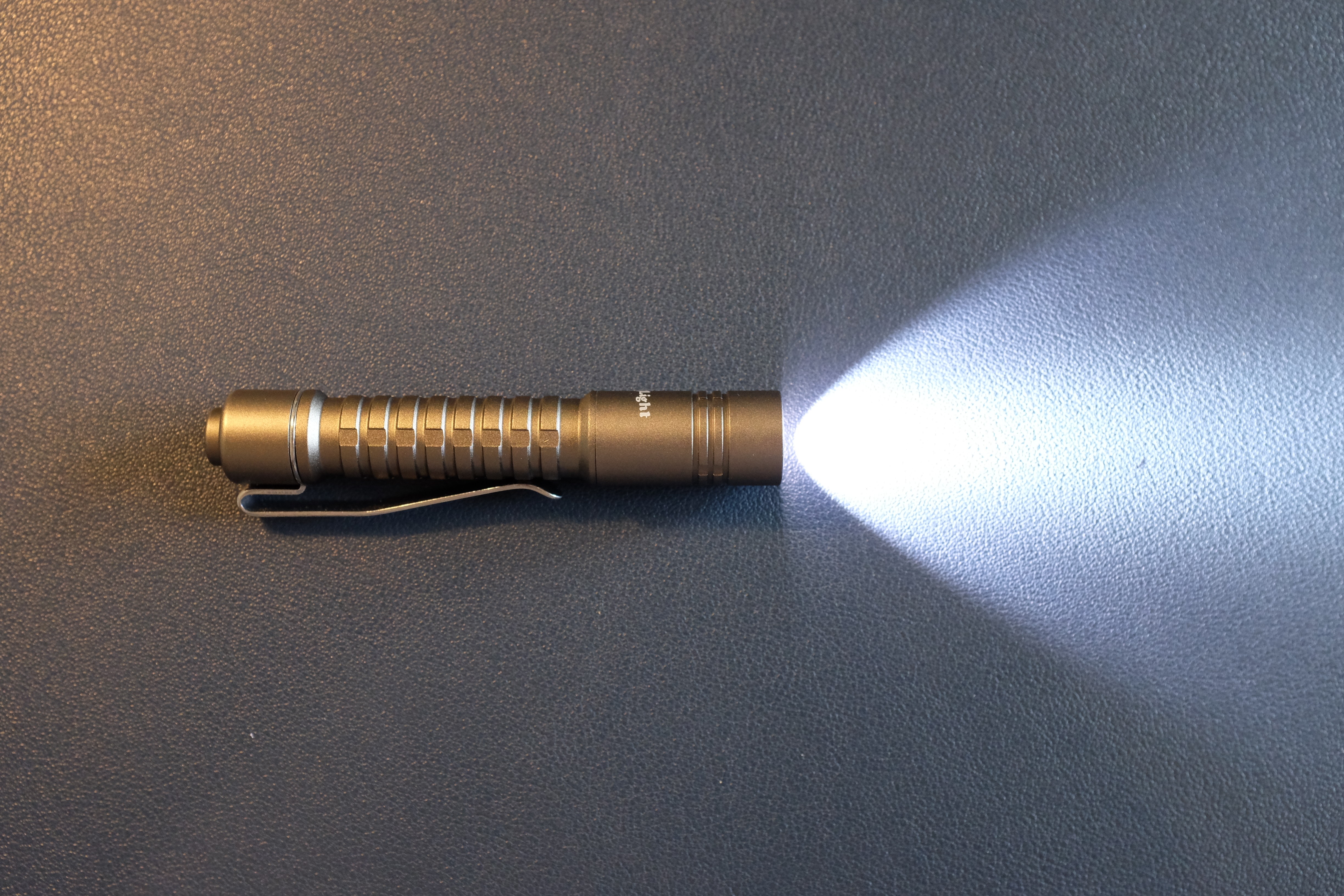 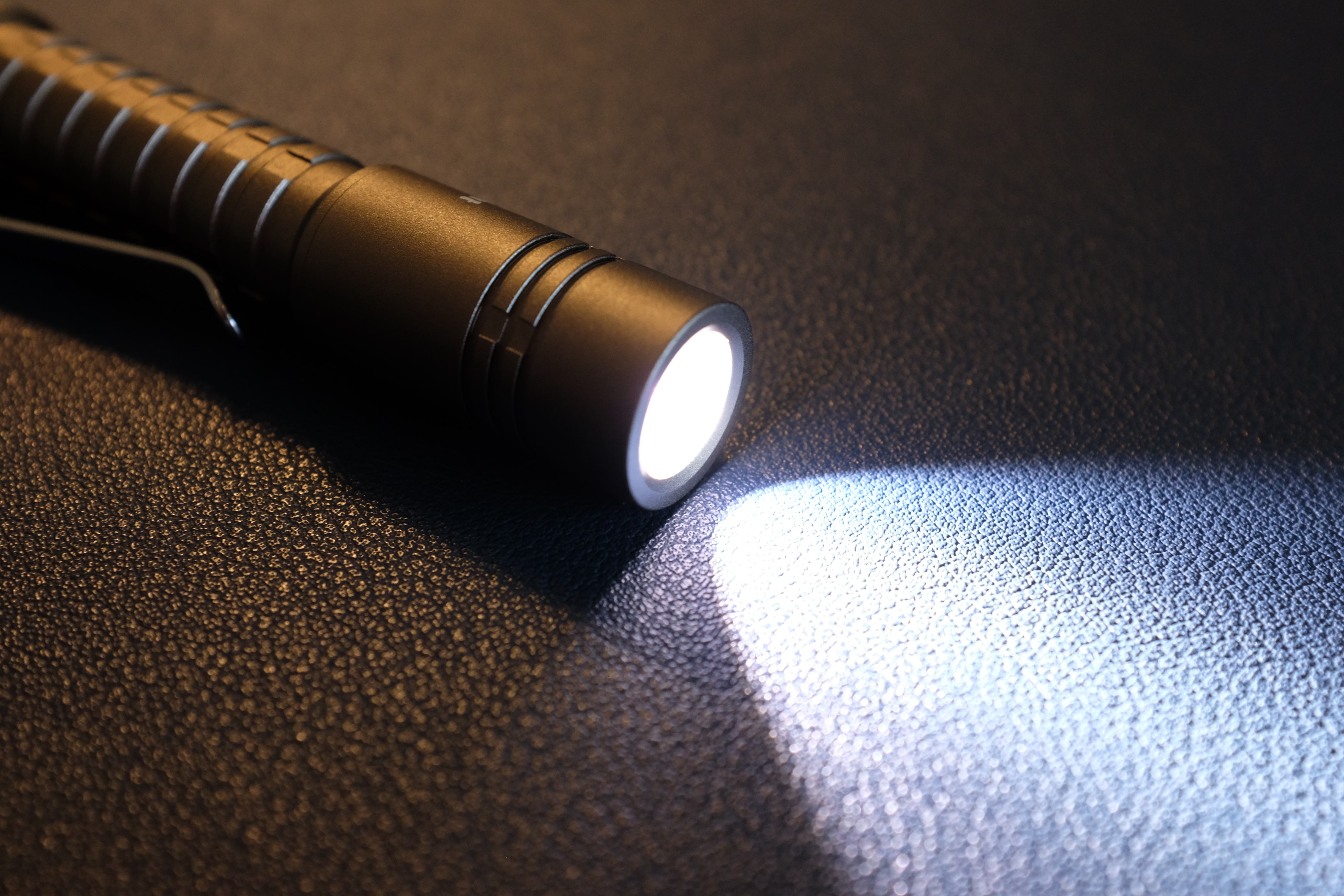 While I don’t have any issues with the LED, I do find that it’s mostly too cool for my tastes. I think it’s the right color temperature for a light of this size, and there are many worse options, so while I find it cool — I would struggle to suggest a better LED for a light like this. Too warm at low outputs from a small lens can really make it not perform well, and given that this is a daily carry light, it’s likely you will use it in daylight making this the right color temp to use. 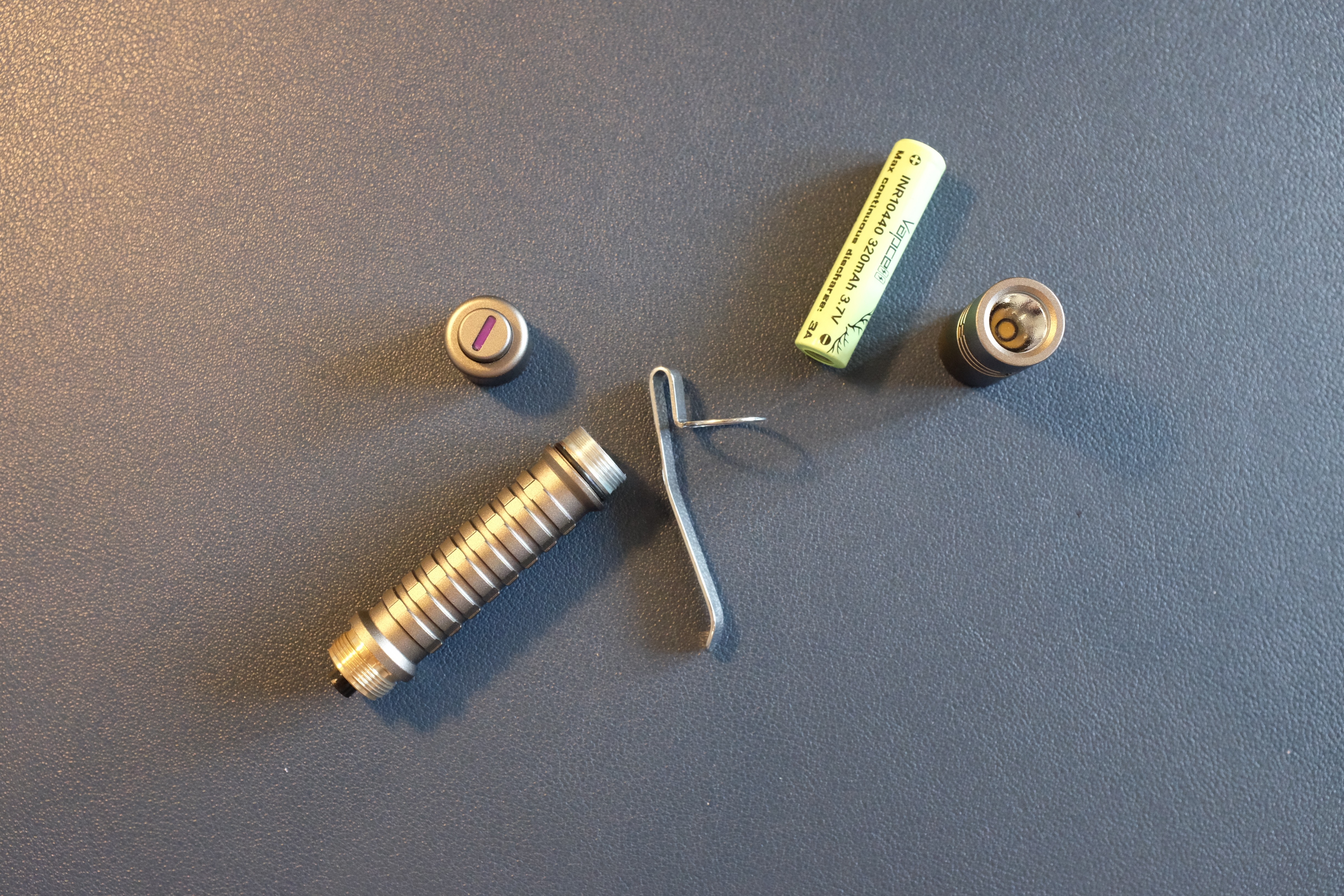 This light can be powered by a standard AAA battery with lower outputs (about halved) or you can drop a 10440 unprotected (flat top suggested) rechargeable battery in it and double up the power. This is my only 10440 compatible light and it gives me anxiety. A 14500 battery, which is AA sized can be had with 1000mAh of capacity — which I’ve never found to be lacking. But the 10440s have 350mAh capacity, which is really small.

Now, this is more a theoretical than practical concern. I’ve yet to run out of battery, but I get a lot of anxiety about the lack of capacity here. When I recharge the battery, it often is down to 2/3 capacity, which is far less remaining capacity than any other light I use/own/charge (which usually only see 5% reductions before I end up recharging those). 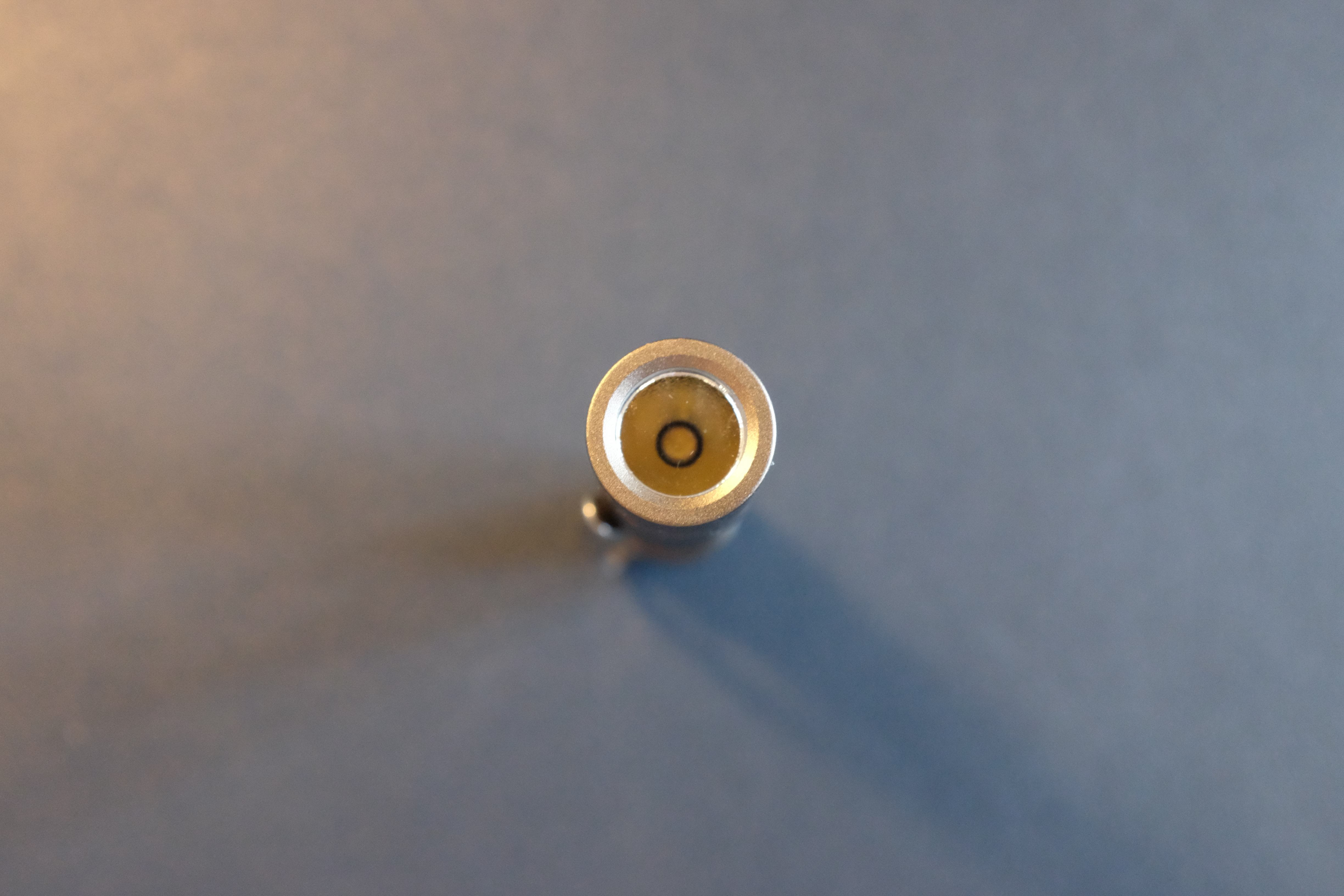 The easy solution is to drop a spare AAA battery in your bag and call it a day — but it is worth noting how dramatic the drop is with a 10440 in capacity compared to the 14500. Forget about lumens, focus on run times. This doesn’t scratch that itch for me on this platform.

In Use: UI and Carry

Carrying a AAA sized light is a favorite, because they offer just enough power to get things done, while being really pocket conscious with their small sizes. There isn’t much you need beyond 100-well-focused-lumens from a flashlight, and this light delivers past that with the 10440.

Where the Pineapple Mini in aluminum shines is the diameter and weight. It’s as skinny as my other AAA lights, while being as light as the Beta QR-v2 which weights the least of my small lights. This Pineapple Mini is thin and lightweight — which is a potent combo. Where it falls behind is the length, as it is easily the longest of the group. 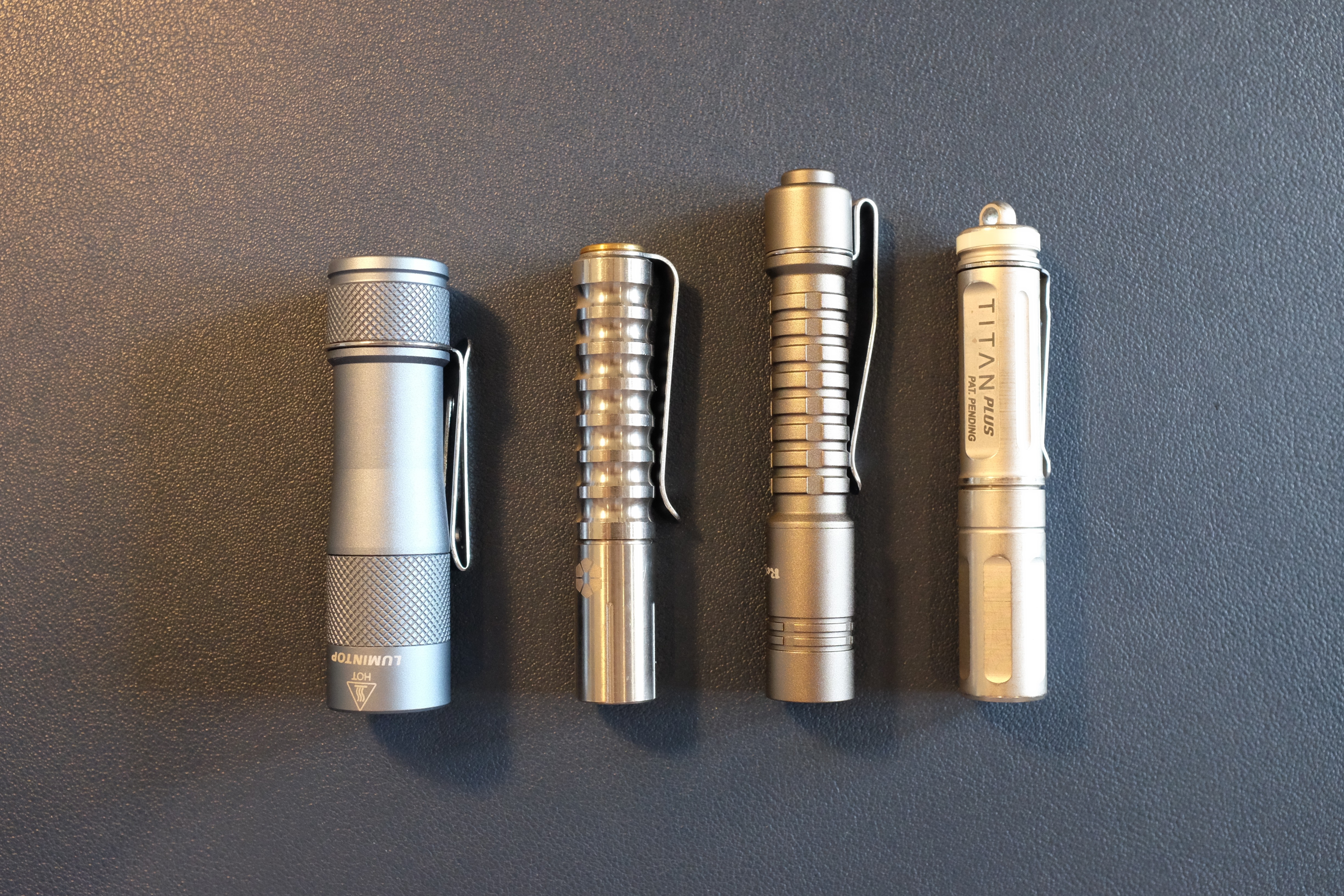 The length makes it much better to hold, and you get the added bonus of a tail switch on the light (with a tritium slot). That’s a huge win for a small light — the weight and diameter is what typically makes or breaks a light for carry, not the length. So while it is long, it’s not too long.

The one downside is the rather meh pocket clip. It’s deep carry, but not deep enough carry to hide the light completely which begs the question: why half-ass that? It’s otherwise fine, but if you are giving me a deep carry clip which protrudes away from the body as much as this one, make it actually hide away the light deep in my pocket. Also this is a tail switch (albeit reverse clicky) so why wouldn’t you want that riding below the pocket opening? 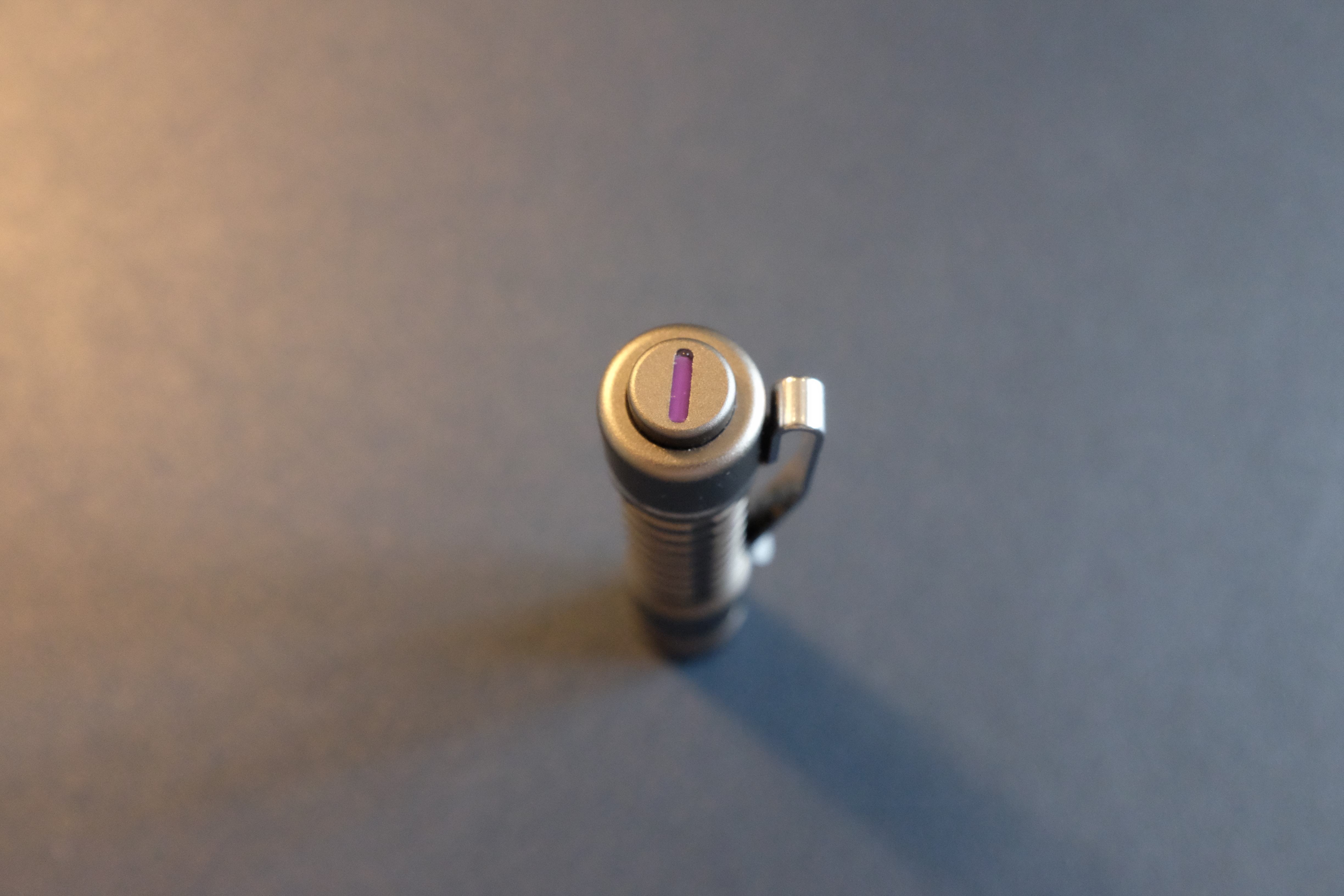 That’s not tritium, that’s turboglow which doesn’t work great there, but Tritium is hard to come by right now.

Ok, so the pocket clip isn’t great, but the UI for this light is great. Reylight does a really good job with their UI to make them simple, while offering some options. The light here goes from moonlight > 2% > 20% > 100% (there are other modes to pick from). A quick double tap will take you to turbo instantly. And more than that, the light is set by default to always start at moon light — no memory by default (you can enable it though).

This is all controlled with a reverse clicky switch, a type I generally don’t love but is ideal for this light. The switch protrudes enough that a forward clicky would run the risk of constantly being turned on in your pocket, but with a reverse clicky — and a strong one at that — the Pineapple Mini runs very low risk of accidentally triggering the light. 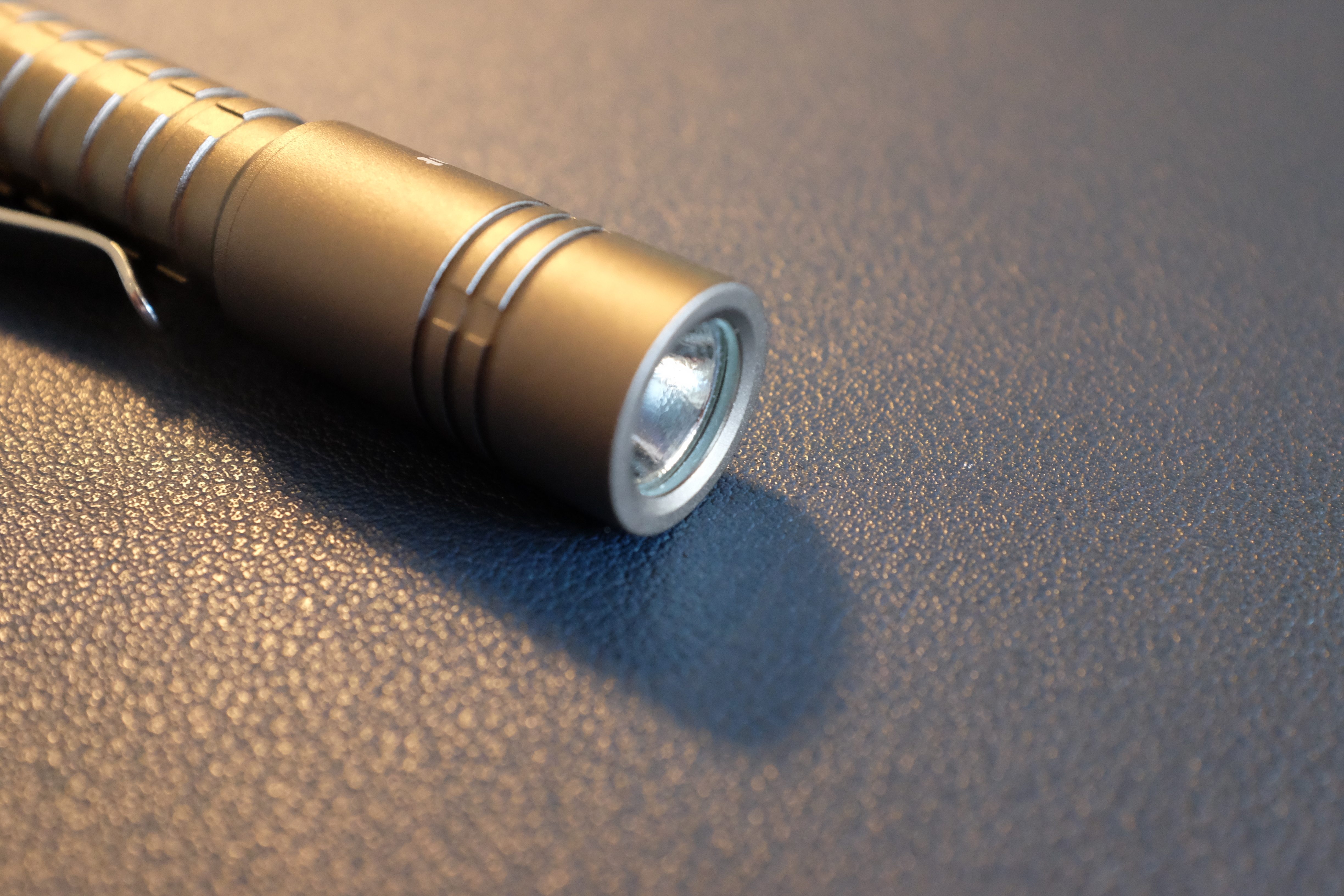 When you start using the light, you’ll be surprised by the output. The mild orange peel on the reflector does a good job offering a nice all around beam shape — wide enough to walk with the light, but focused enough to get some throw out of it. It’s a good balance and I am a fan. Reylight even added a glow in the dark o-ring right at the lens, which is a nice add. It doesn’t glow very bright or for very long, but if you turn off the light and happen to fumble it while putting it away in the dark, you’ll likely see that glow to find it again.

There’s enough in this light that I get a kick out of using it, and I can stash it away in a pocket of pretty much anything I wear. I wish it had longer runtimes off the 10440, and as such that is still a let down. But keep in mind that this is a light I could hand to almost anyone, and they will figure it out, without accidentally blinding someone across the street, or melting their fingernails.

For $32 this light is impressive as hell. Really well liked LED, good beam shape, lightweight, easy to carry, and easy to use. There’s not a lot more to say. The grey aluminum looks great, and aluminum remains my favored material for lights.

This is easily the best of my really small lights. The SureFire has been my most used, but I’ve not really touched it since getting this light — the ease of a tail switch instead of a twisty is worth the trade off in length and the somewhat awkward pocket clip.

The downside is that the runtime means that I often opt to carry the FWAA with the 14500 battery in it. Even though that light is larger in diameter it’s shorter and there are few times when the size difference between the two is a make or break for me.