I thought I would only use this in emergencies, but (as it turns out) I have found many other uses for it and it is fantastic.

When these lanterns came out, I dropped it on my wishlist right away. For the longest time it was something I really wanted, but refused to buy. The run time was insane and I have a soft spot for lanterns, but did I really need more lanterns? I rarely used them, well until this one, because I finally gave in a picked this lantern up, and I regret not doing so sooner.

This isn’t even that expensive, at about $75 with batteries, shipped to your door. That’s a good deal. That it is also well made, has killer LEDs and a really good set of features — value all around.

I have found myself using it in many scenarios where I might have suffered with tail standing a flashlight before, but this works so much better and because it’s a really high quality light, I love using it outside of emergencies. 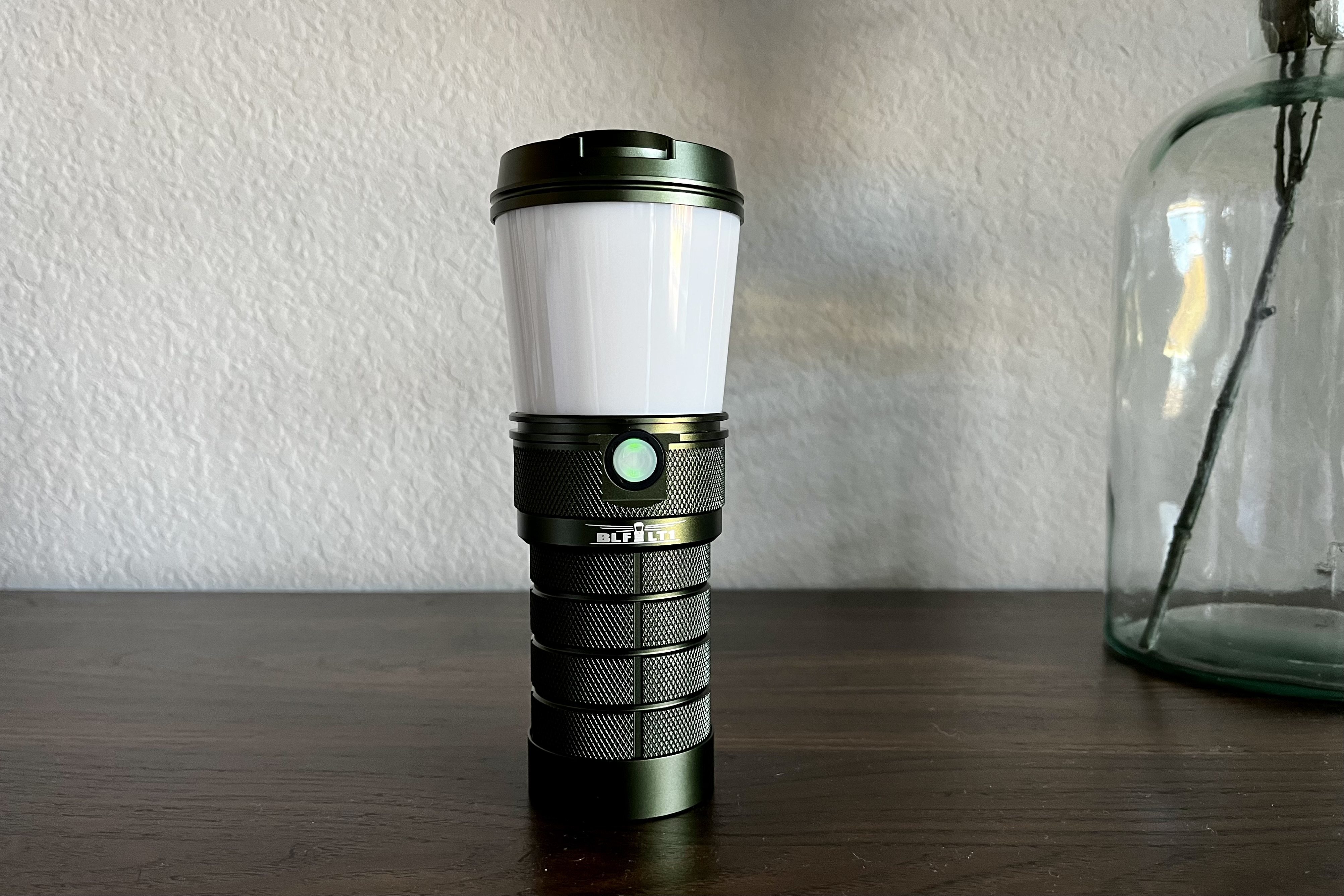 Ok first thing first, this lantern has a total of 8 LEDs in it, all of them are Samsung’s LH351D with 90CRI. These are excellent LEDs and one of my favorites, but I didn’t know that was what was being used here until after I got it, so happy accident. Four of the LEDS are 2700k, and the other four are 5000k, the Lantern then uses a tint mixing setup from Anduril2 which allows you to move the color coming out of the lantern to any temperature between 2700-5000k. This is awesome. These can be trusted to put out something around 500 lumens, though Sofirn quotes 600-800 depending on the graphic you look at. Honestly, it doesn’t matter one bit, it’s plenty bright. 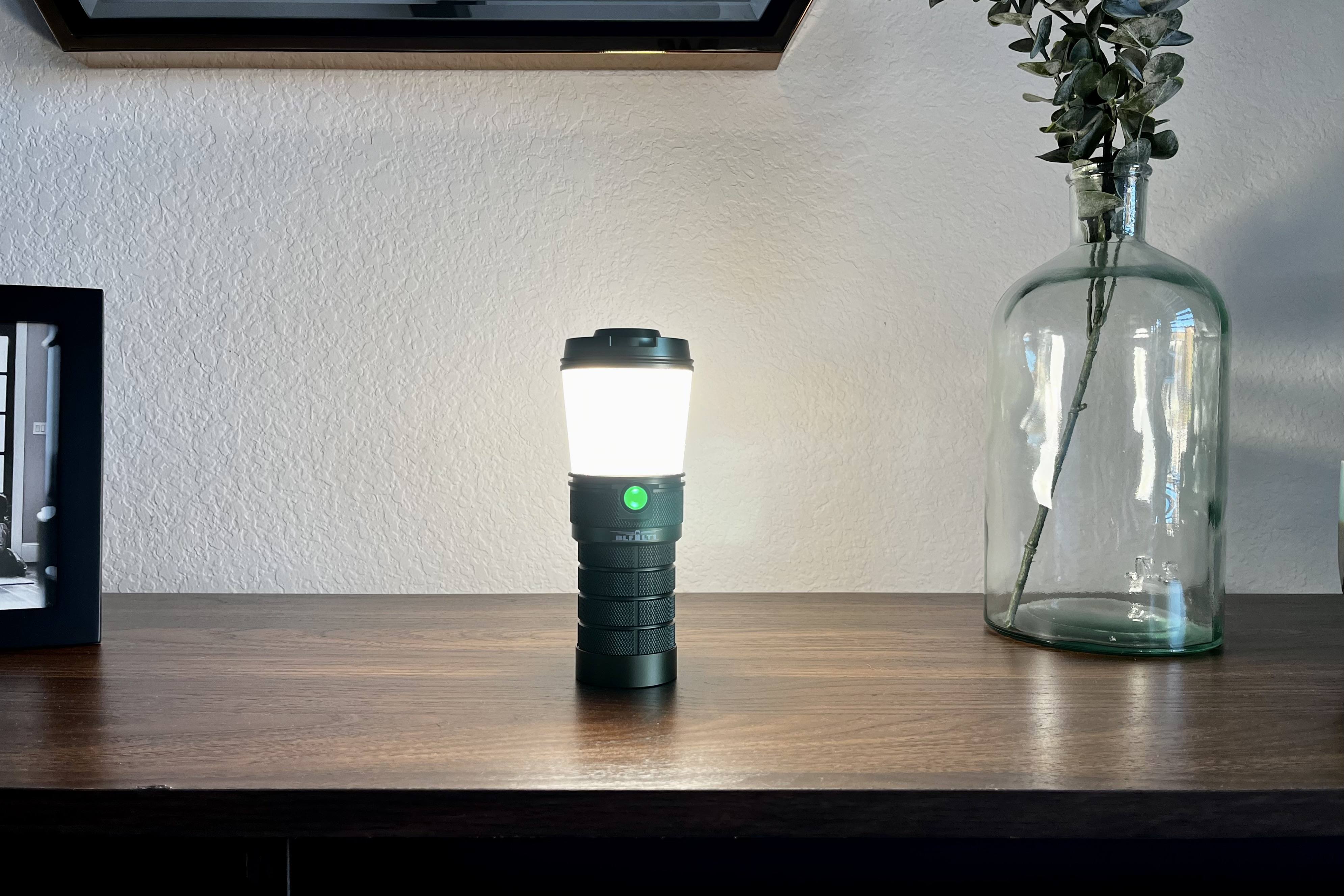 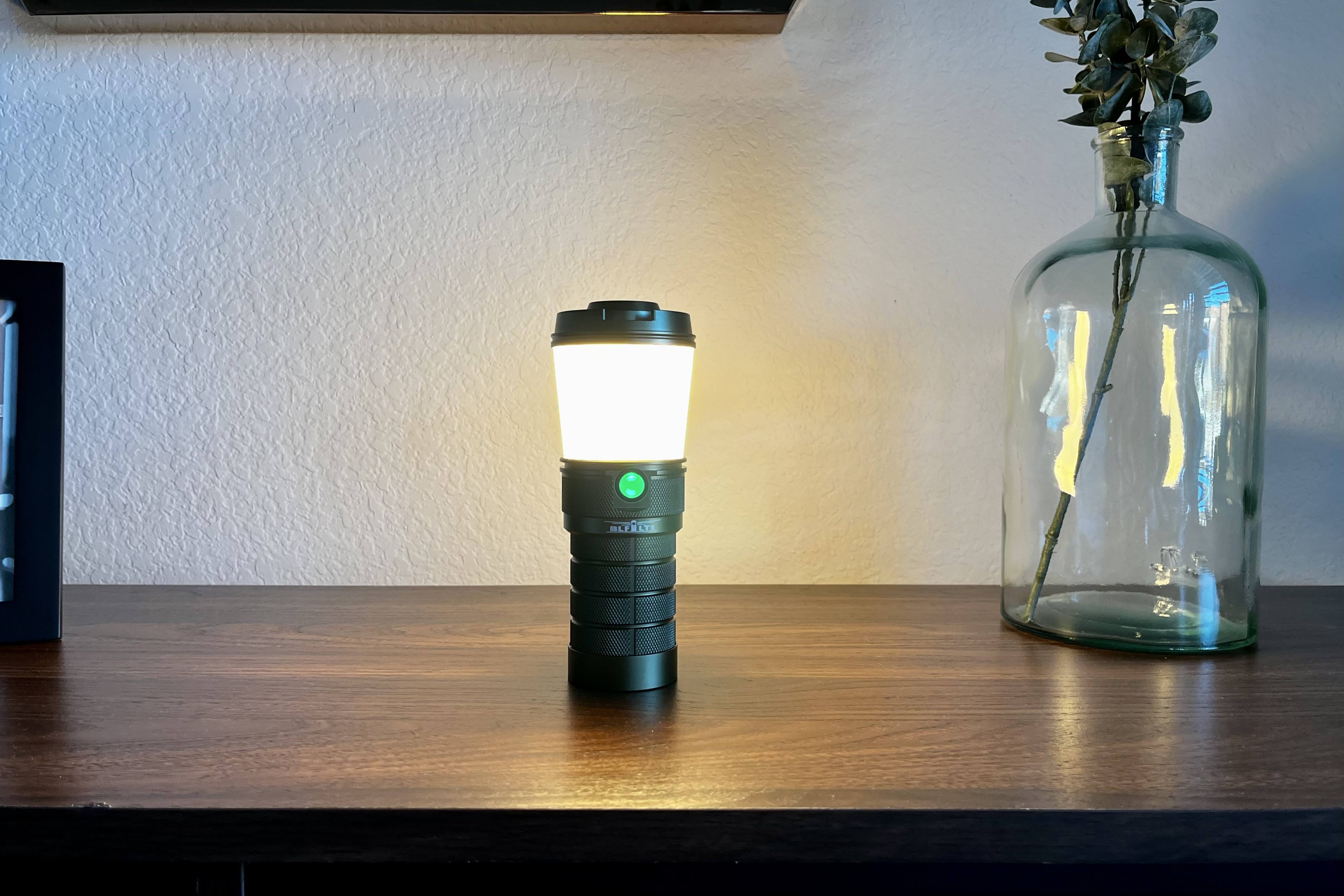 These LEDs are being powered by four 18650 batteries (button top, unprotected). That’s a lot of juice, and I should note that you can run the light off just one of the 18650s (or however many) if you need to, which is nice if you are starting to run low on batteries. The only reason it uses more than one is for runtime, not for increasing the power to the LEDs. 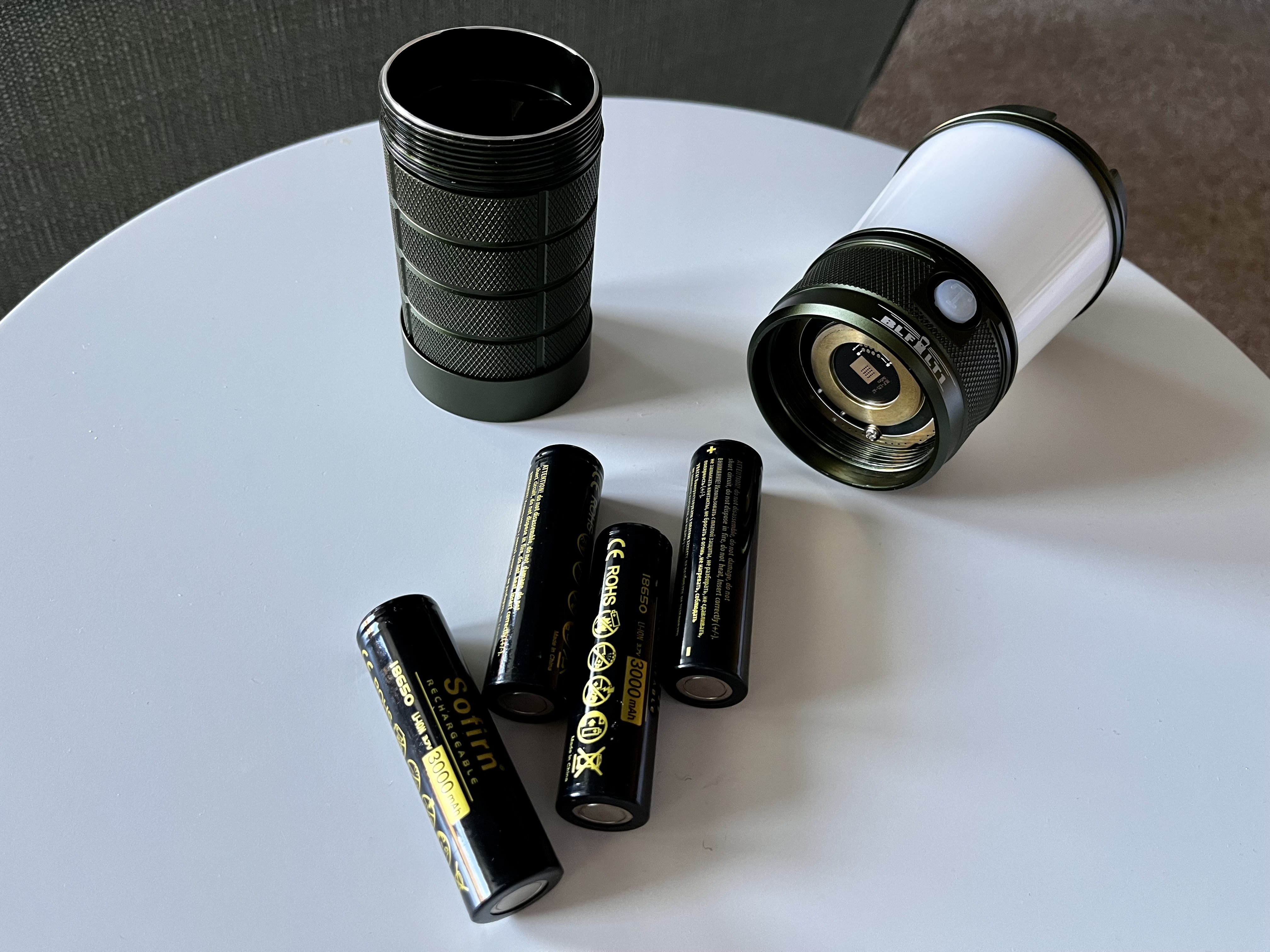 But the big thing about the power of this light is what you get out of this setup:

The batteries Sofirn ships are 3000mAh. Testing with those (higher capacities can be found) nets you with a lantern that will run on high for over 6 hours before dying. And one that will run on a medium-high for well over 10 hours. Sofirn claims it could run up to a month on a lower mode. That’s silly, and that’s exactly what you want from a lantern. Keep in mind it does this all with swappable batteries should you need to solar charge another set, and with a high CRI LED setup. Silly awesome.

So to recap: good quality light, well diffused, with a very long runtime. This all adds up to a light you can turn on, setup where you want it, and stop worrying about it until you no longer need any light at all.

First I want to explain what a lantern is and isn’t, because people get tripped up here assuming/wanting a lantern to be something it isn’t. A lantern is not a task/work light. Those lights put floody beams of light where you point them — lanterns don’t. It’s not a flashlight, the light isn’t made to travel long distances or to have any hot spots. 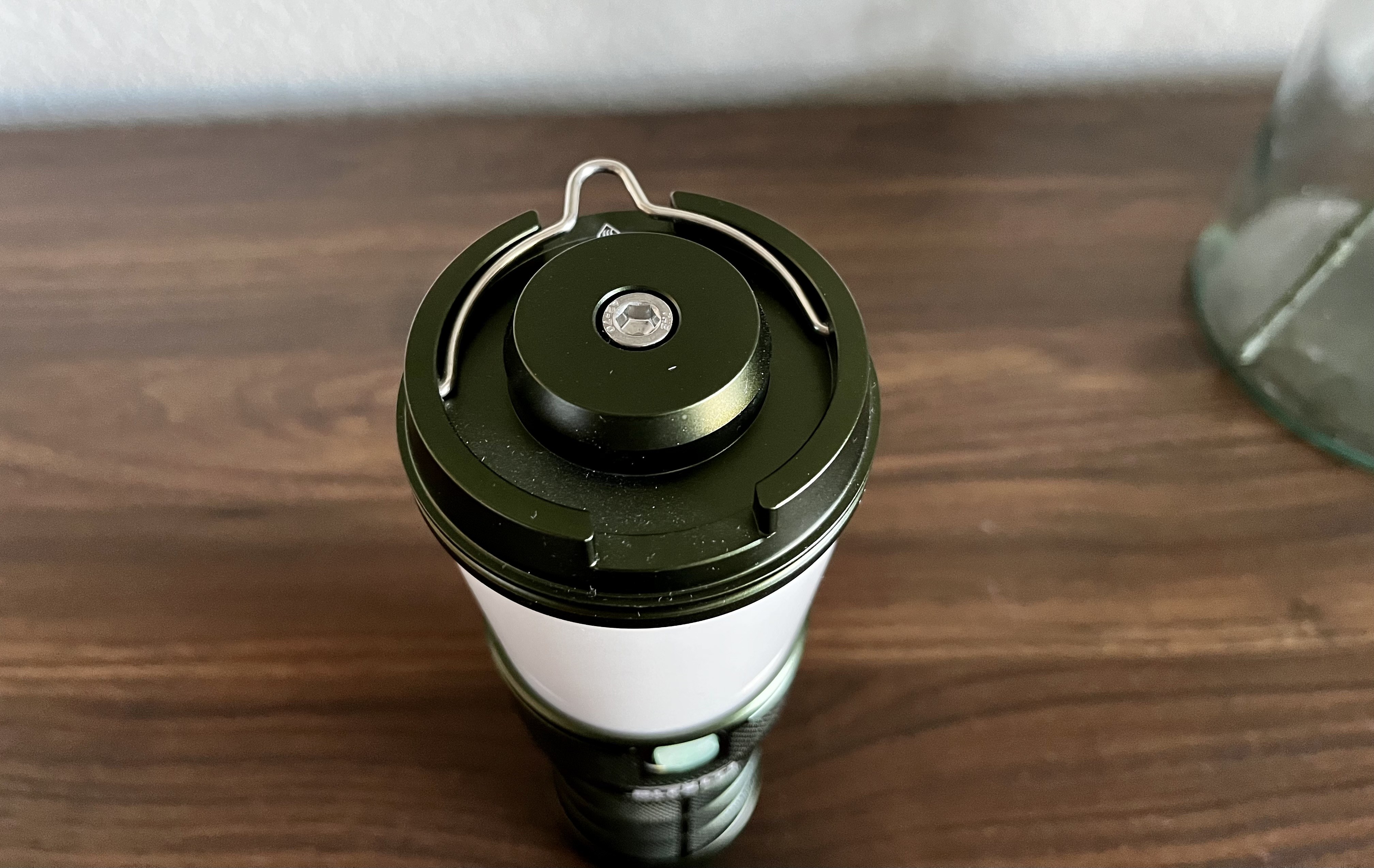 A lantern is a portable table lamp to rather indiscriminately light up a wide area so you can see generally. You know how you can have a table lamp on in a room, but still need more light to read? That can happen here too. That’s effectively what a lantern is, and this one will provide about as much light as your standard 60W light bulb with a lamp shade on it (at full power). 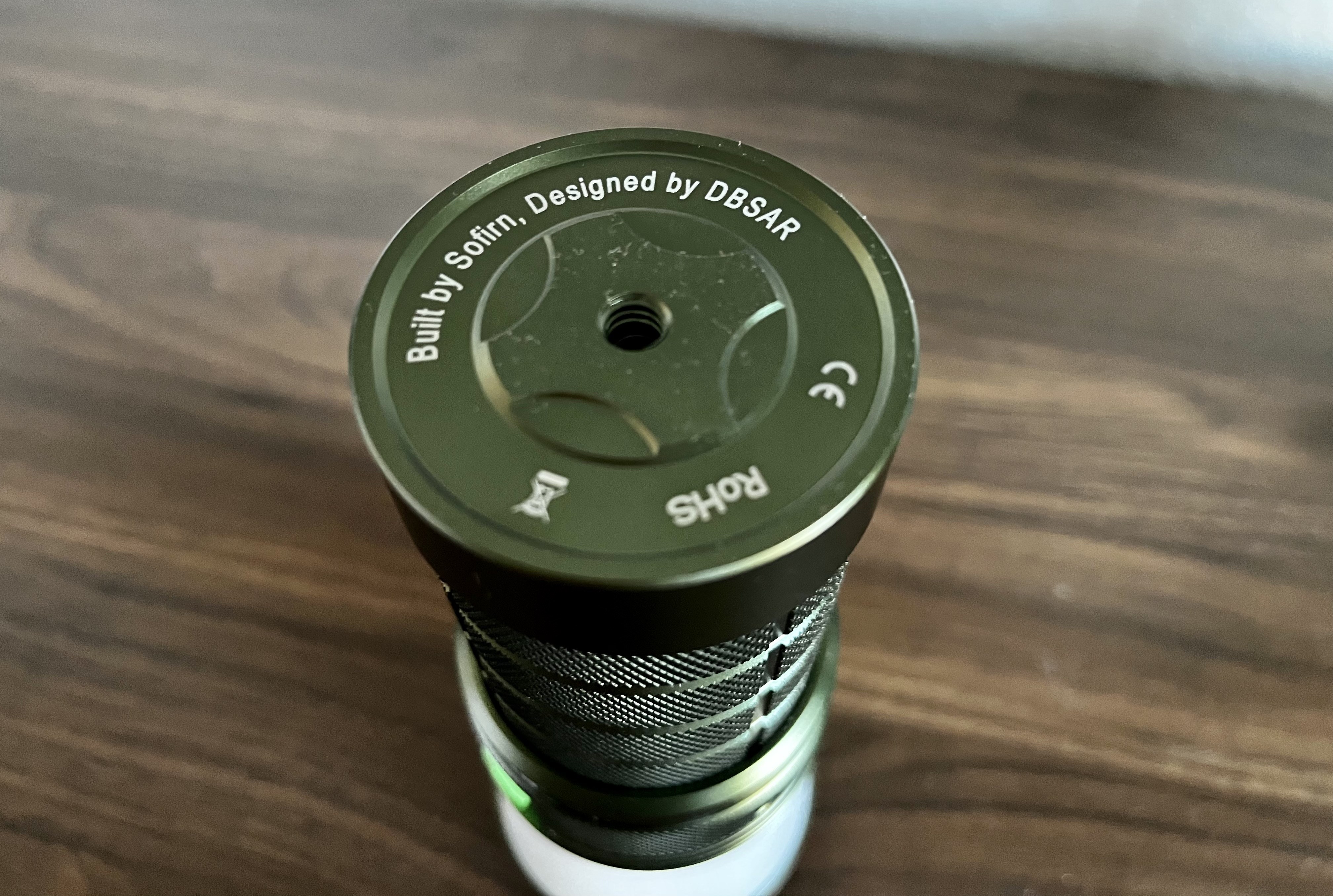 Having said all that: this lantern is amazing to use.

As I mentioned, it uses Anduril2, which makes for smooth ramping of the power, or light temperature an easy affair. It also can be mounted to a tripod (in two different spots), so you can lift it up higher if there’s no surface to hang it from, or to rest it on — which is a must if you are camping. That makes this move from a table to a floor lamp, and we all know that floor lamps are the superior lighting option for lamping. 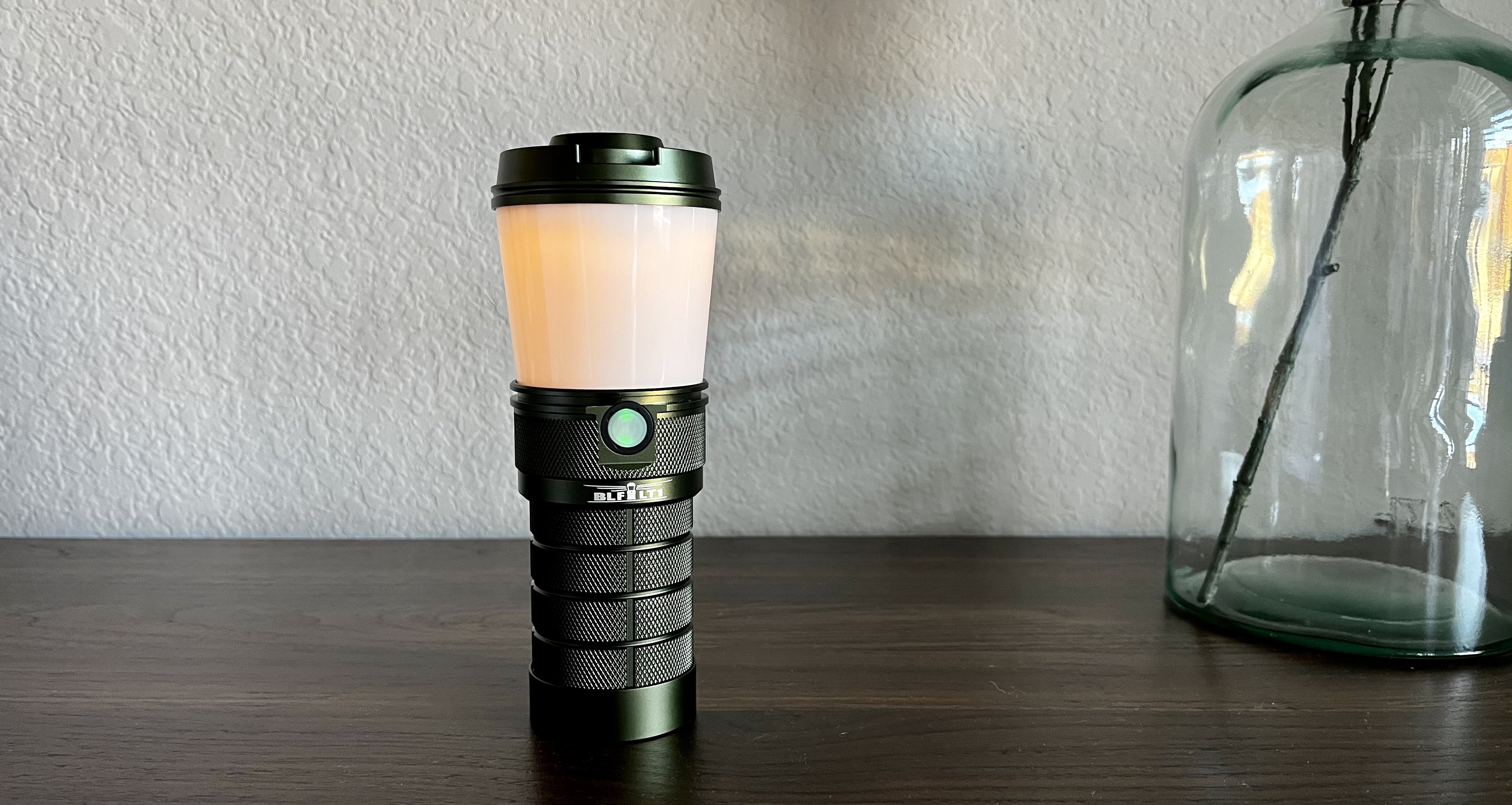 The light feels beastly in your hand, well made, and heavy. You won’t want to drop this on your toes by accident. The balance is off in hand though, as the diffuser and top are overly light weight and relatively less confidence inspiring than the lower half. That shouldn’t be an issue in practice, and actually the heavy bottom keeps the lantern from toppling over on less than level surfaces.

I’ve yet to have a power outage with this lantern in my house, so I haven’t been able to test that. But like most homes, when it is night time there’s not enough light in every area of my house and thus I have needed additional light at times. And on two occasions this lantern has really come in handy:

After both those, I thought about getting another LT1 just for cleaning needs. Maybe another time.

Look, I talk about lanterns a lot for camping, outdoors, and emergencies. But I’ve found a new use: cleaning. Damn those high CRI LEDs have come in handing and the power setup means I can run the light on high the entire time. This light is perfection to use and operate and this is quite possible the best use case for Anduril2 outside of the fun use case. 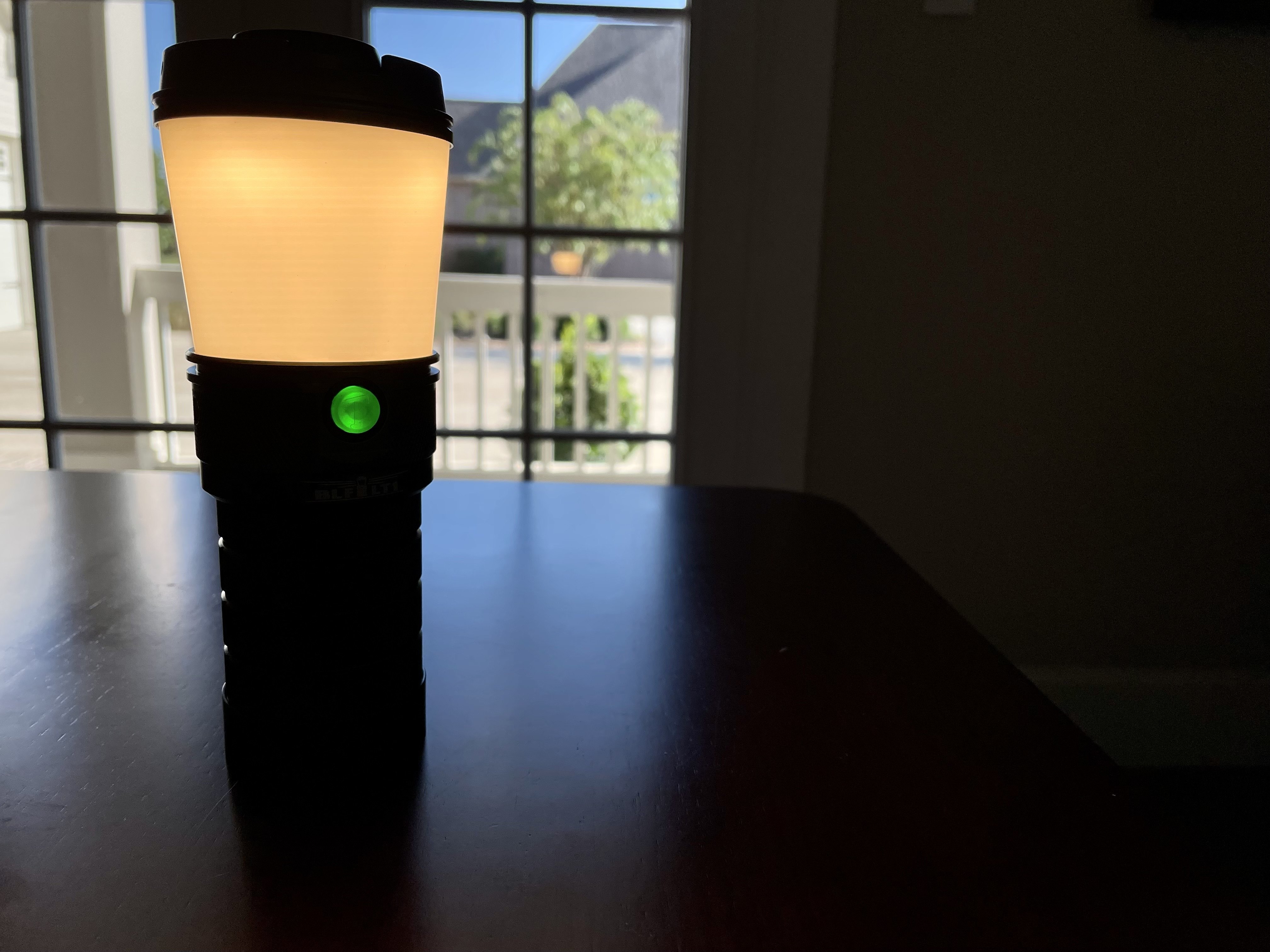 This lantern is a must have.

It has been a great addition to the house and I’ve been using it a ton. I hope to never need it for an emergency, but I am very confident it will be fought over should the need arise, which is great because clearly it will mean I need one for each person in the house. I’m good with that.