An impressively small 18650 light with some silly good run times and a little bit of a frustrating UI.

Roam around the flashlight world long enough and you see people express a lot of love for Zebralight flashlights. I never gravitated towards them, as I don’t find them to look particularly good — but when you own enough flashlights you get to a point where you know you need to try one. You know you need to find out why this matters.

I hit that point.

I grabbed the SC64w HI, and have been using it for a bit now. I get it. I see why people like these lights. They are far from perfect, but they do a lot really well. 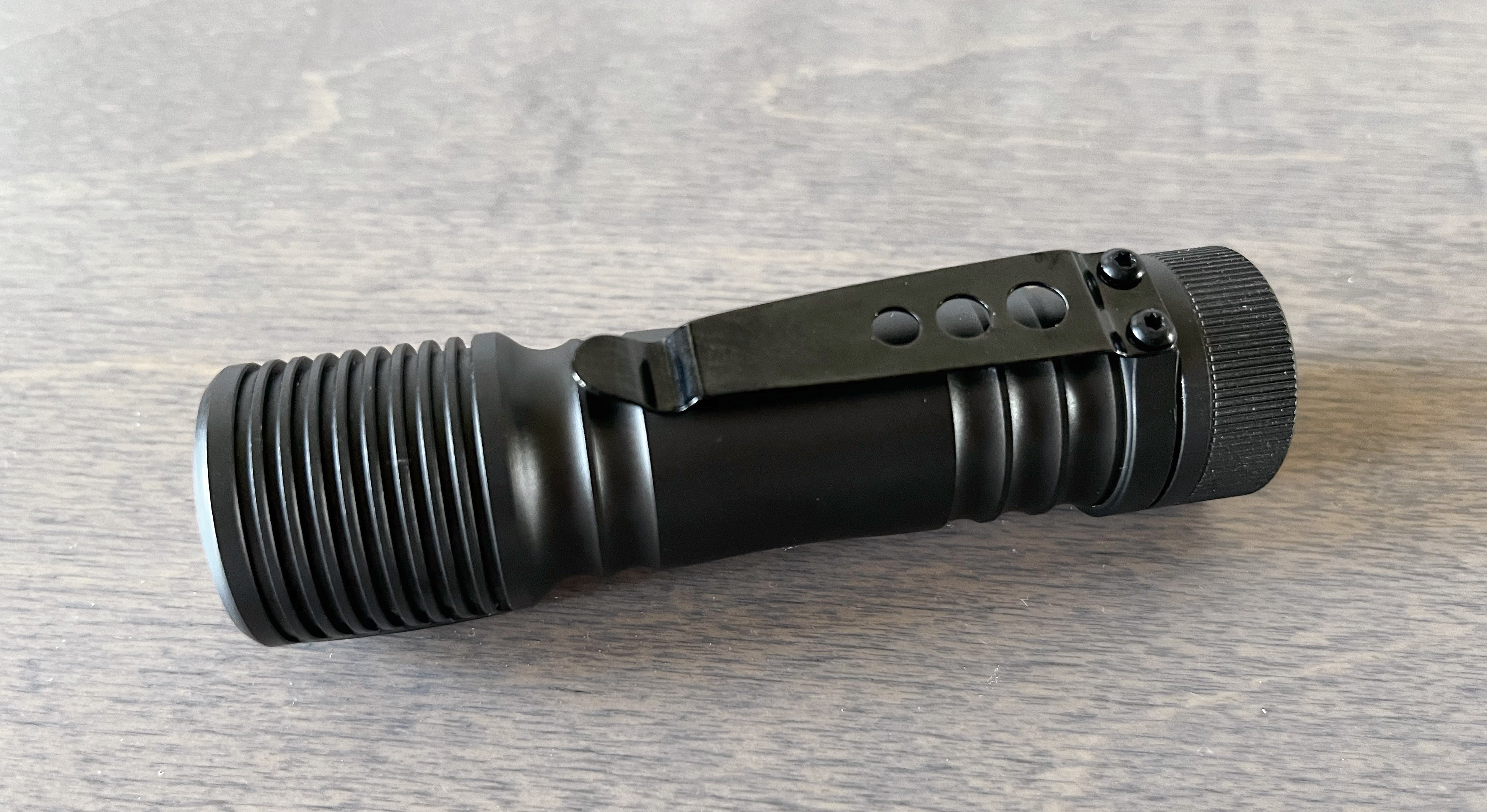 Zebralight has a wide variety of LED offerings (none in warm tints, silly), but this particular model has a Cree XHP35 HI LED in it which has a CCT of 4500k. This is not a high CRI light, but the CRI is around 80 or so — not bad but nothing to write home about. 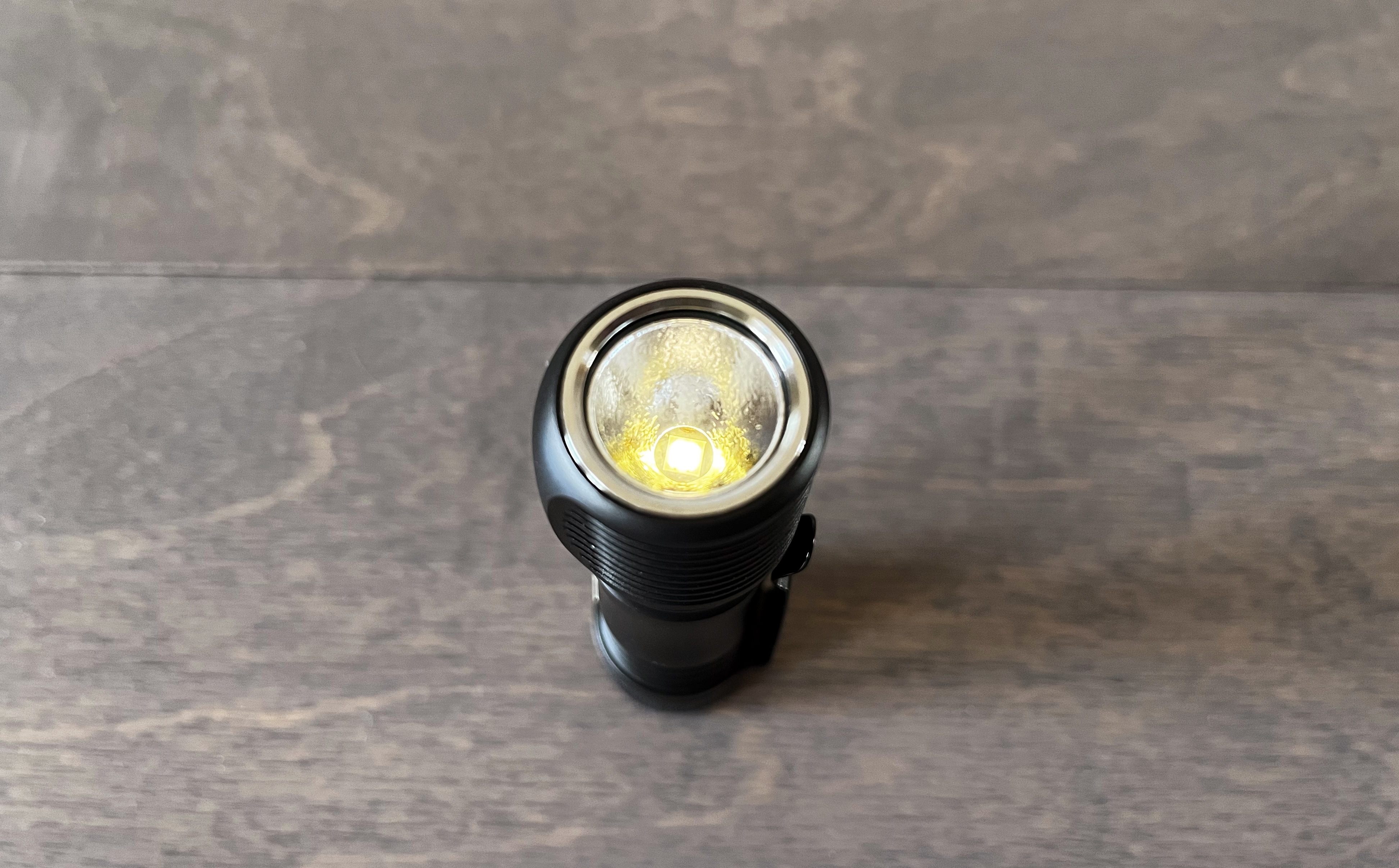 The big thing about the XHP35 is that it’s a really nice LED for what it is, it’s not something you would expect to be great, but this is now my second light with this LED in it and I find nothing to really complain about. Though, I also don’t find anything to rave about with this LED either, so it is what is. 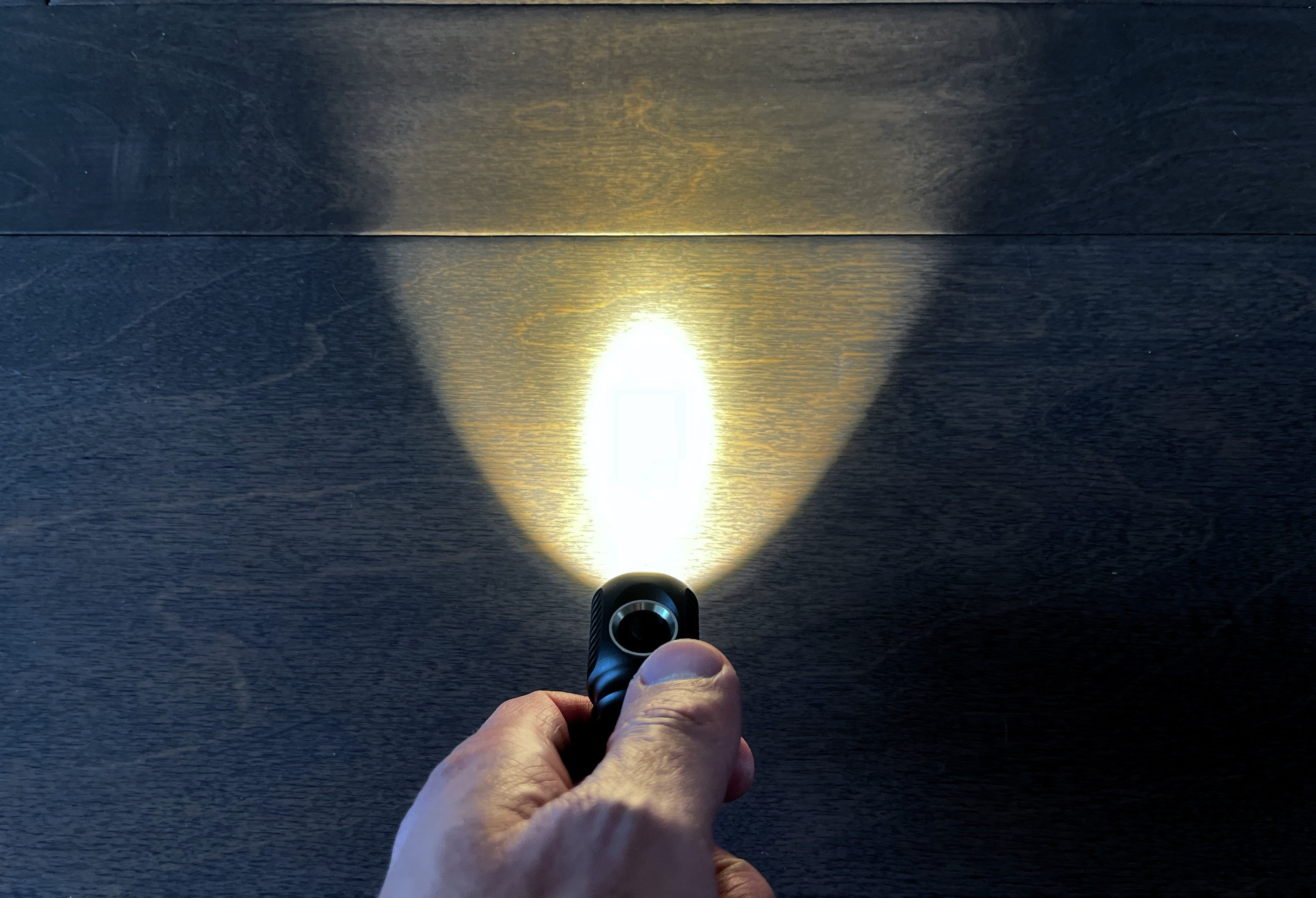 The entire light is powered by an 18650 battery which is par for the course, but offers some insane runtimes. The light is rated by Zebralight with a runtime at the longest of 4 months, to the shortest at 2.8hrs on high. There’s not a lot of lights which claim something like this. 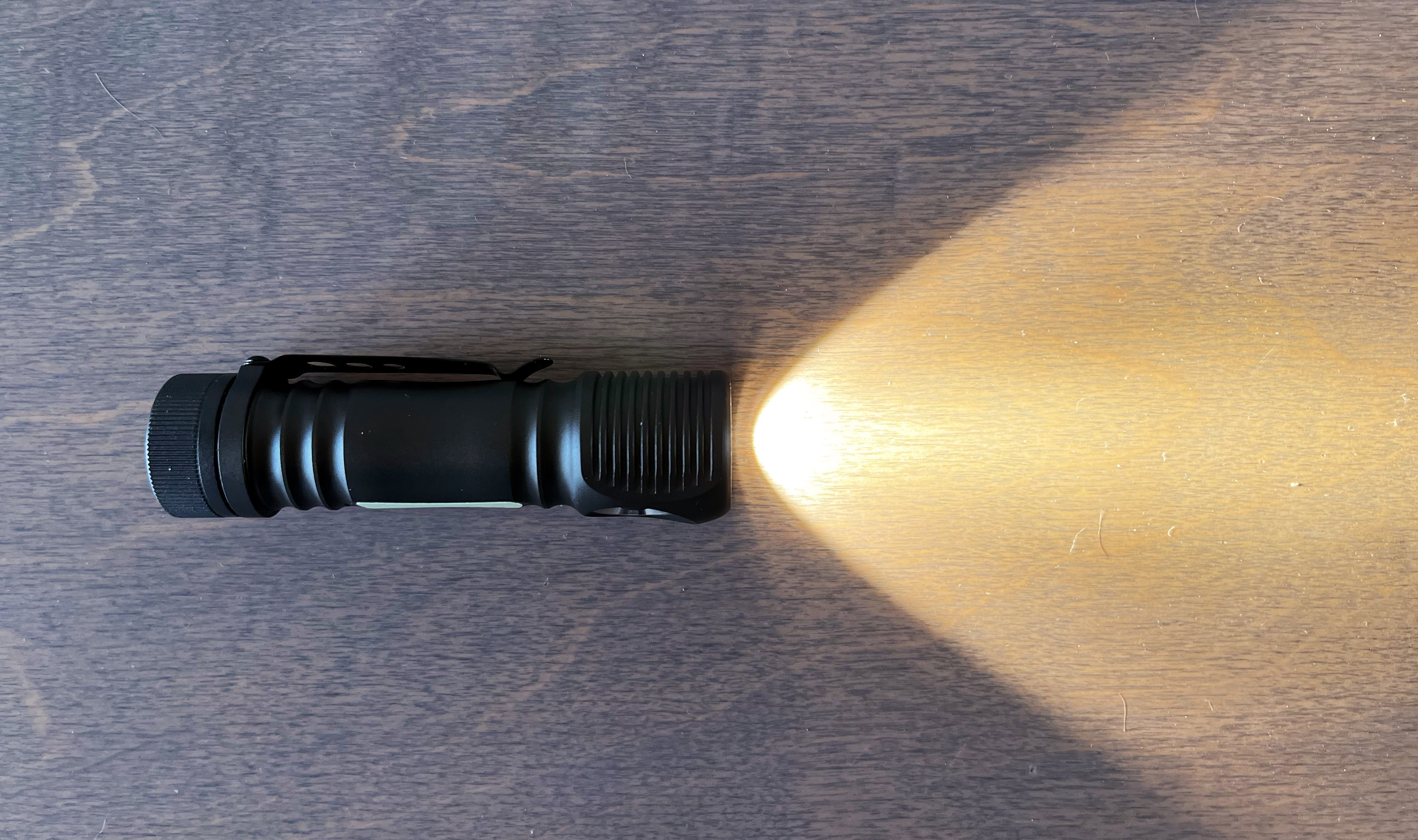 In short: nothing offensive here with the LED, and a not-controversial battery offering, all being driven to long runtimes. Efficiency all around.

When I write these reviews, I log some short snippets of text while I am using the gear. The first snippet I have on this one is something I still ask: how is it this small? This light is impressively small for an 18650 and it is lightweight also. 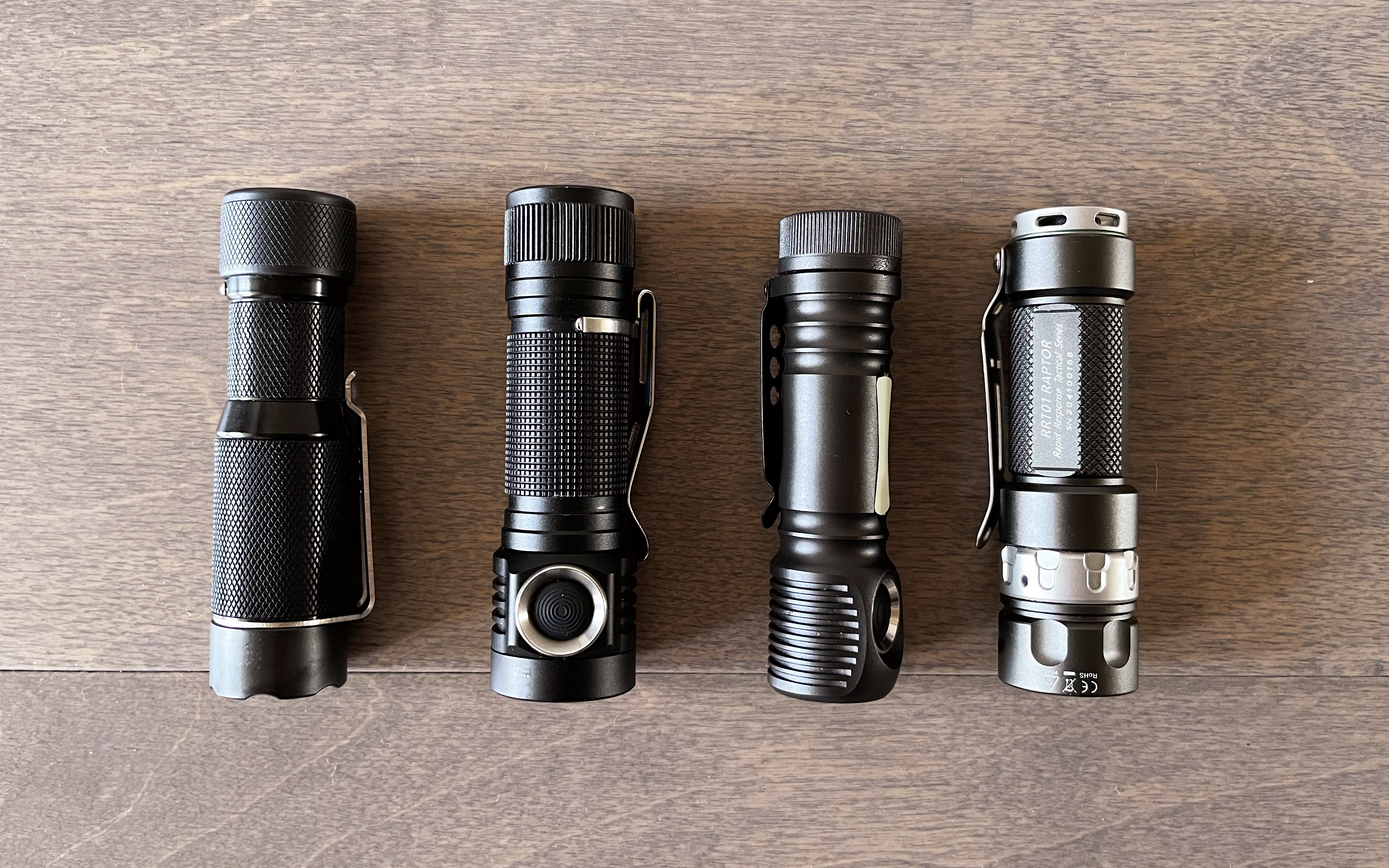 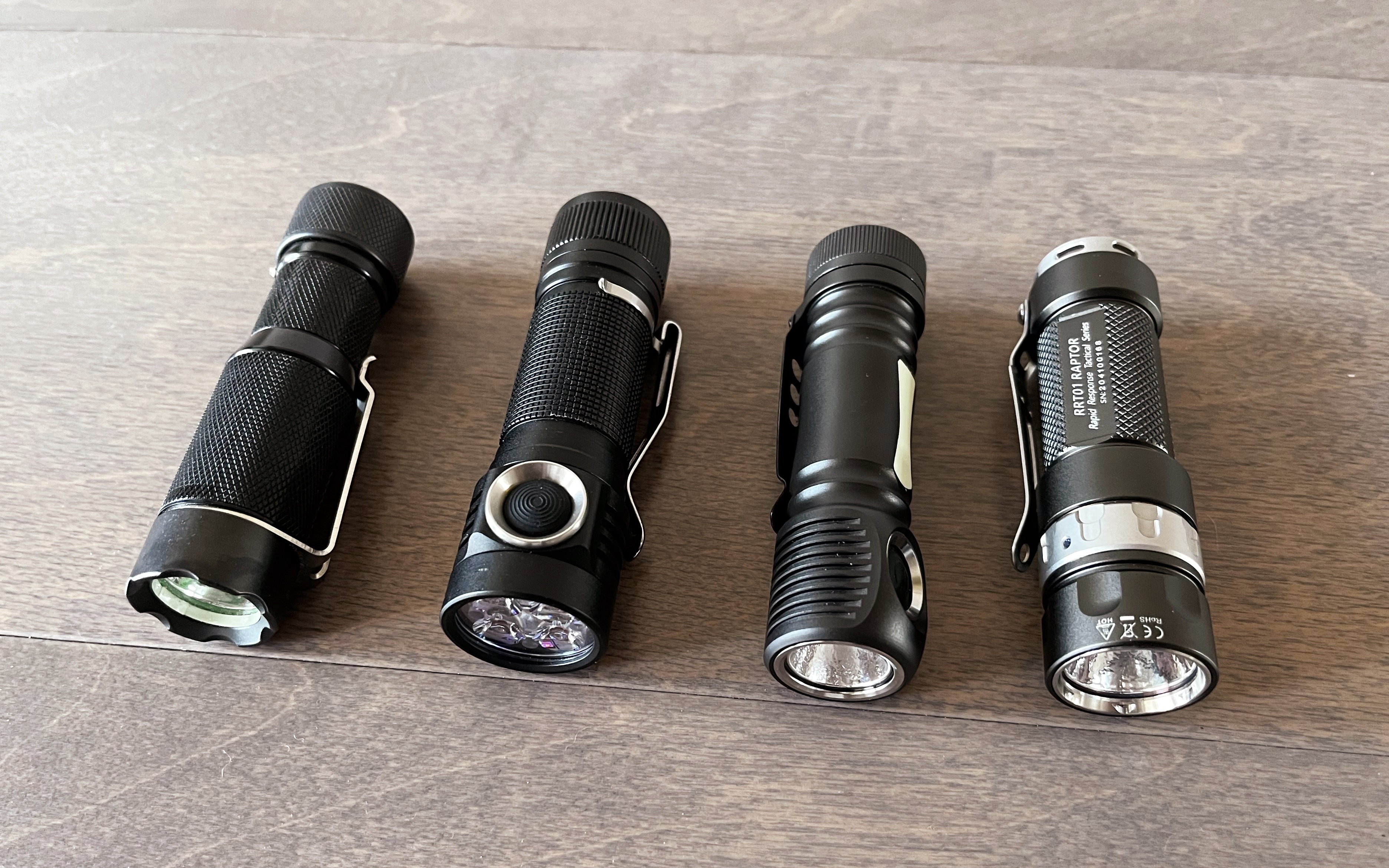 This is a fantastic light to carry, and perhaps the best 18650 light I have for EDC. The clip is not deep carry, but it is also not bad, works well, and holds securely. Much like the LED choice, there’s not a lot to complain about with carrying or holding this light. 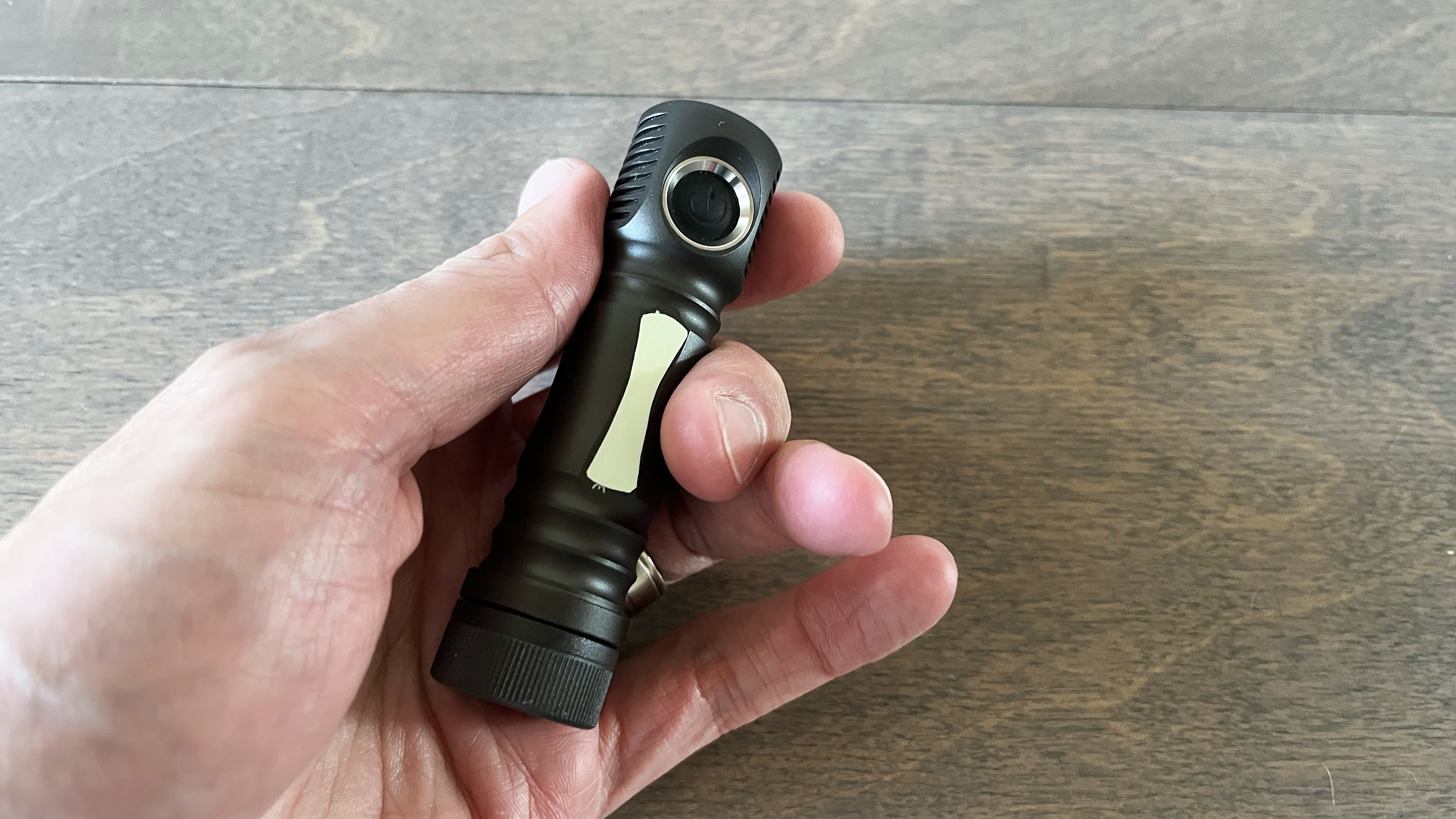 Even the switch is well done — it’s recessed very deep. I was worried this would easily trigger in my pocket amongst the other items, but it has yet to happen. Even though it is deep set there has not been a time I had trouble triggering it when I wanted to. 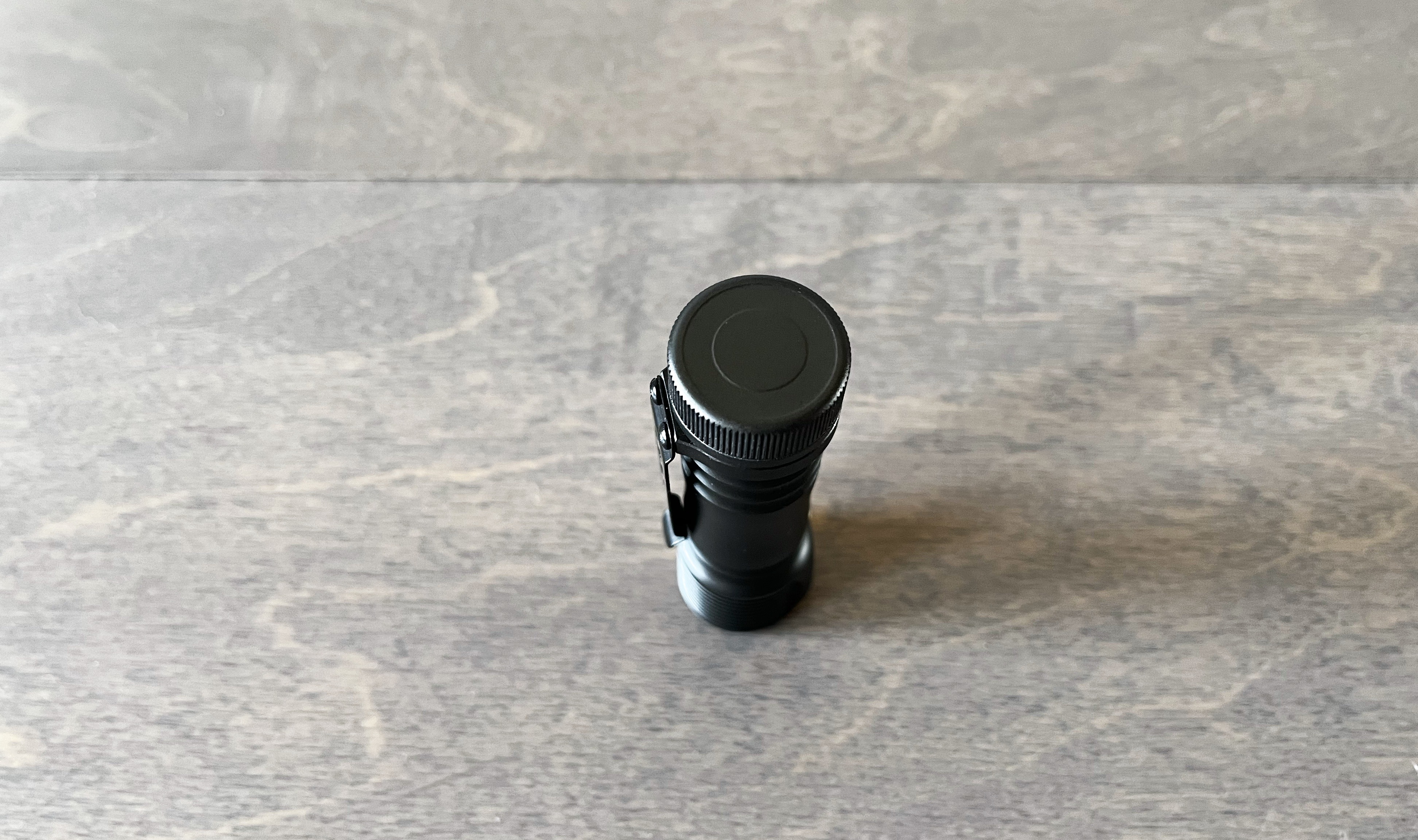 Carrying the light is great, but using the light is not ideal. It’s not bad, but it is far from great. This is the type of light where, if it were your only light, then you’d likely not have problems after you develop good muscle memory. However, if someone were to put pressure on me to make sure this light come on to anything which isn’t high, I wouldn’t bet on my ability to do so.

Single tapping on the light, goes to high. Tap-hold for about 0.6 seconds takes you to low, hold too long, and you jump up to medium. I don’t know how most people use their flashlights, but I do know that in most circumstances I use mine, it’s dark. And having a flashlight fire-off at more than low in a very dark room can be a disaster for me.

That’s not to say this UI is bad. It’s just funky. It’s clever, but sometimes clever makes for inconsistent results. When I am outdoors, this is a perfect UI, as I won’t likely blind anyone. I can always get to high fast under pressure, and if I miss low and skip to medium it’s not that big of a deal. 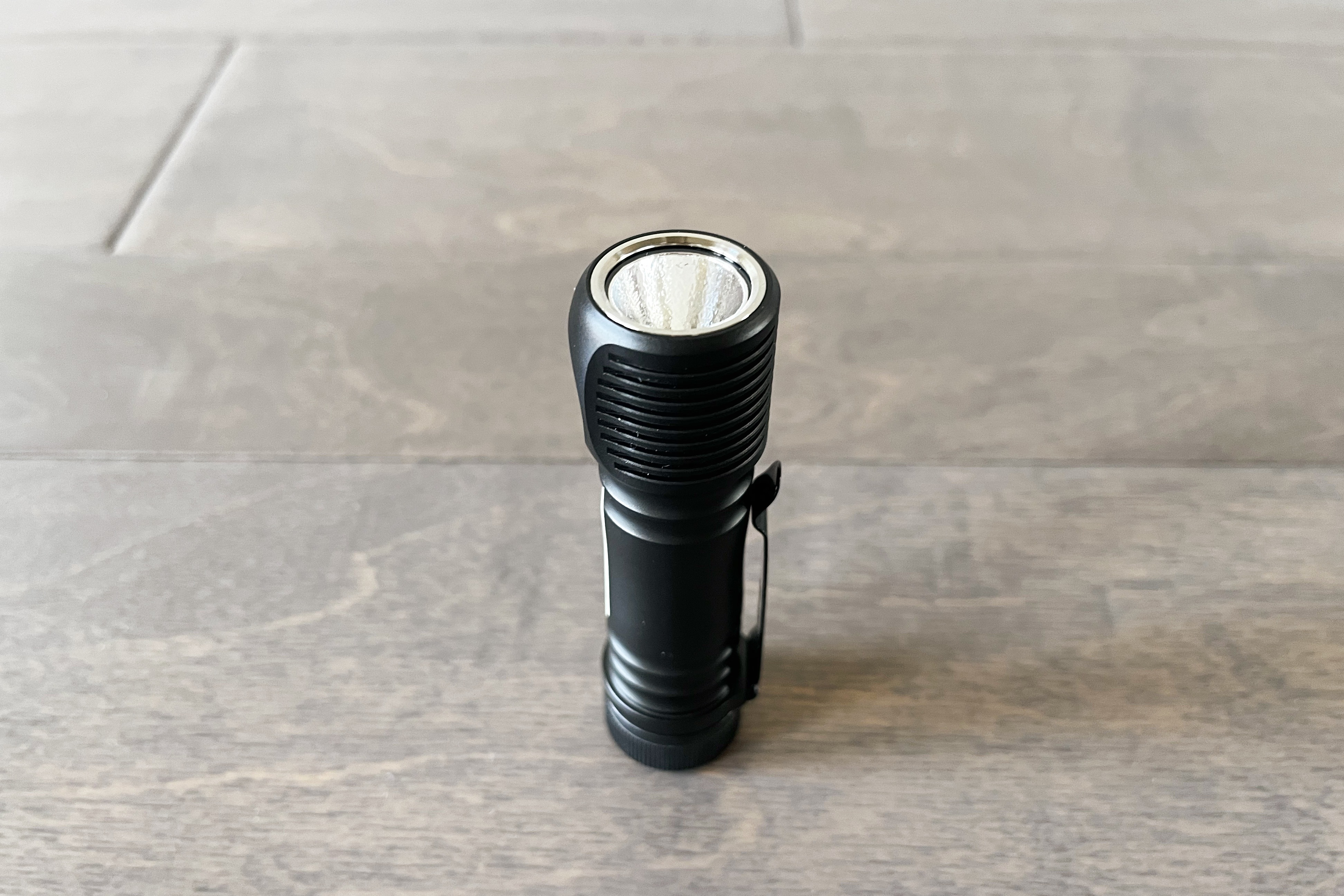 The output itself is interesting. By default the light has three modes (low-medium-high) but each mode has three sub modes you can toggle between and two of which can quickly be accessed. In moving the light to another programming group, you can click the light on to low, and double tap to get a slightly less-low-low. If that makes sense. This is quite nice in practice, easy to remember — though the setup and configuration can take a bit to perform, you can tweak the light to how you want to use it. I find the medium modes particularly nice on this light, though the most annoying to get to. Once in the right mode, double tapping to swap between two outputs for that mode is pretty slick and nicely done.

Generally, I found the output on this light to be brighter than expected, and the beam shape to be excellent for outdoors. However, I was expecting the low (lowest rated at 0.06 lumens) to be lower. It’s spot on likely, but it’s not quite as low as I would like. A minor thing, but a thing.

I’m impressed by this light, and it makes me want another Zebralight with a different LED (where are the warm LEDs!). But when you consider this light is $88 — it’s a stellar value on a really nicely made light. 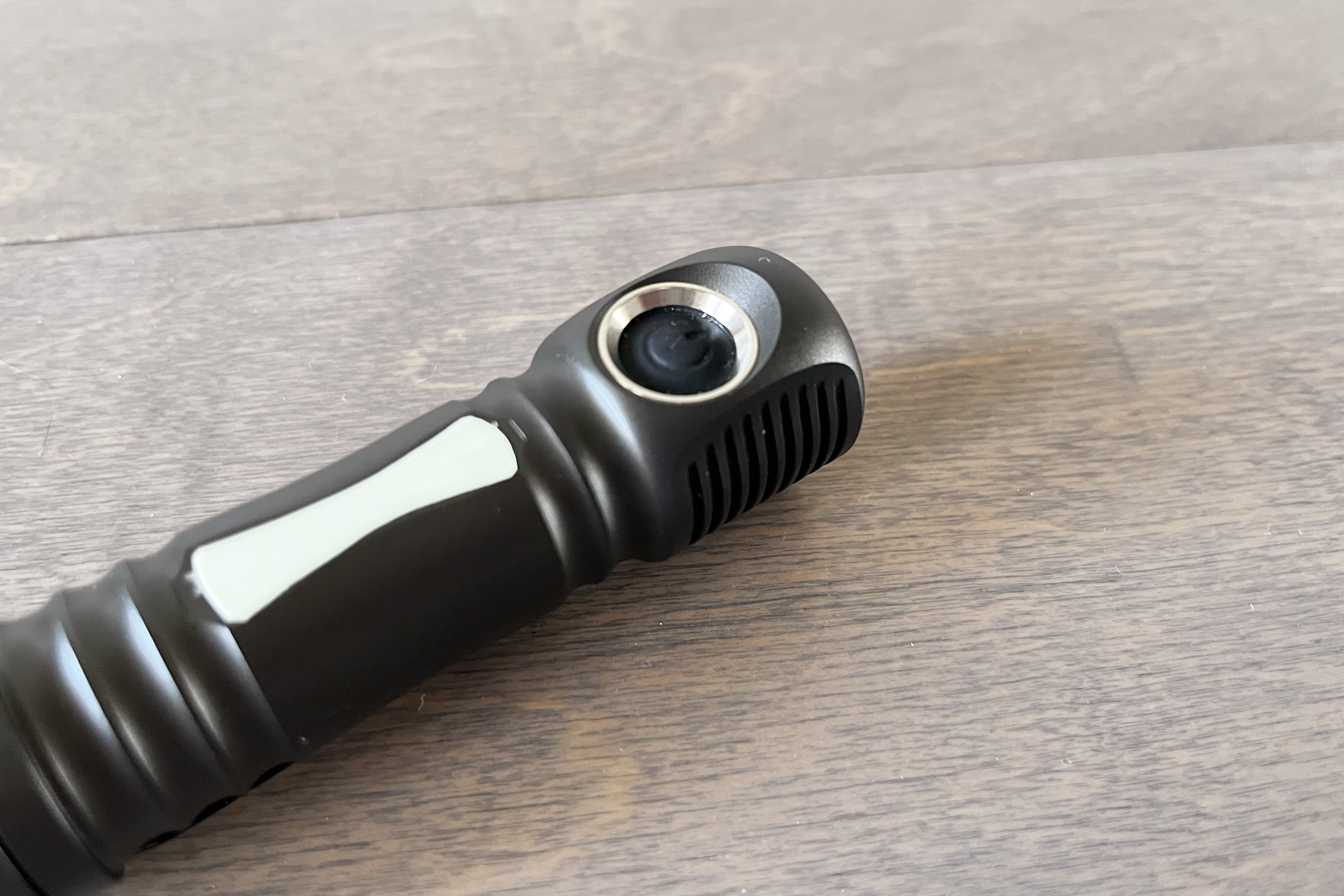 I’ve hated on how these lights look for a long time, but if you can avoid looking at it too much, what you get is a really solid package. It’s a good form factor, price, output, and an ok UI with excellent runtimes. I’ll end up with more, but for me this is strictly an outdoors light, which is how I use it, and what I love to use it for.

In short, this is a perfectly inoffensive light which is well rounded to do a lot of things well enough, but it will trip you up and frustrate you at times. Just hope that doesn’t end up waking up your wife during a 3am “what was that noise” check about the house.

Pick one up here.