Let’s talk about Shemaghs, and what you should buy.

I really like a good shemagh — it’s something everyone should keep nearby wherever possible. If my bag will fit one, it will have one. And I often travel with 1-2 as well so that I always have an extra. They are stashed in my emergency bags and generally all over in my life. 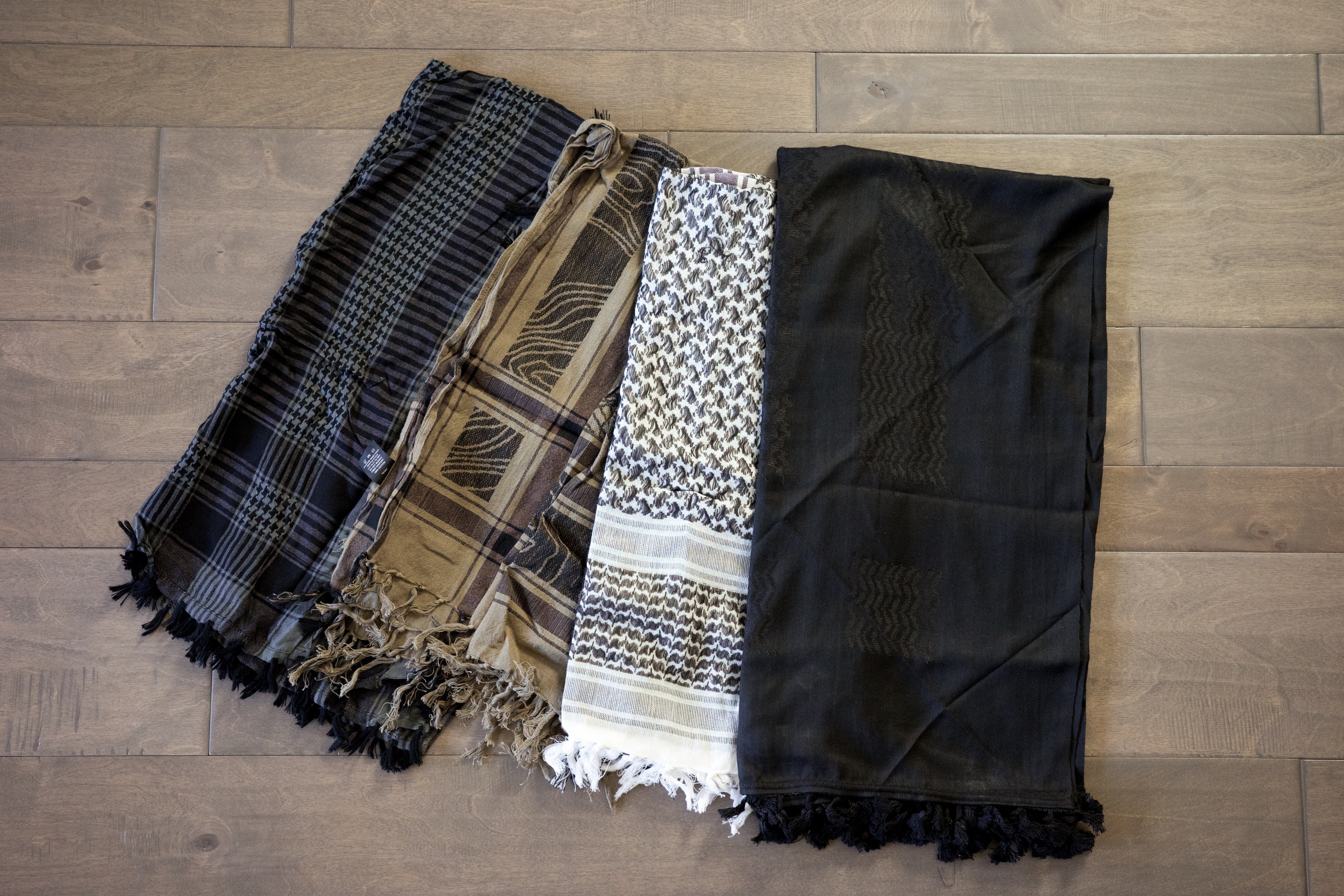 I use them for towels, for blankets, scarves, face coverings during impromptu ATV adventures (as you do) and they are generally great. They keep the sun off you, or can help to lock in some extra heat. Anyways, I’ve tested a bunch and I wanted to relay my thoughts on them to you so you know what to buy (these things aren’t even that expensive, such a deal).

They sell a bunch of different looking variations of this, and I have three of them — all different. They feel the same, so I think it is safe to say the primary difference is looks. 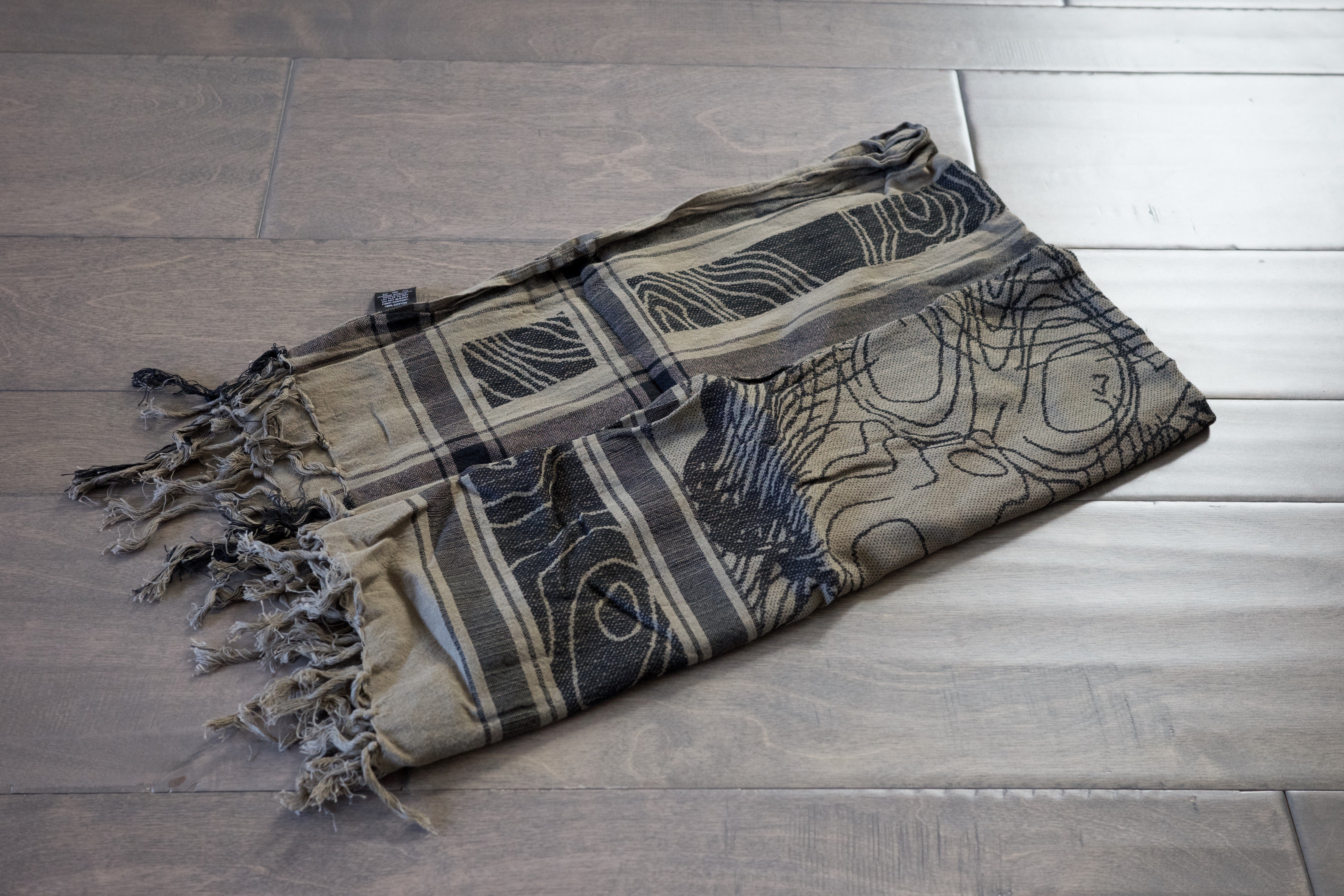 Cons:
– Most designs are around skulls for some reason
– It’s Triple Aught Design so they are rarely in stock and slightly more expensive than they probably need to be, but generally a decent value all things considered.

The fabric itself has a great hand feel and is woven well. All around a solid product. The design of the pattern is the stand out feature here. 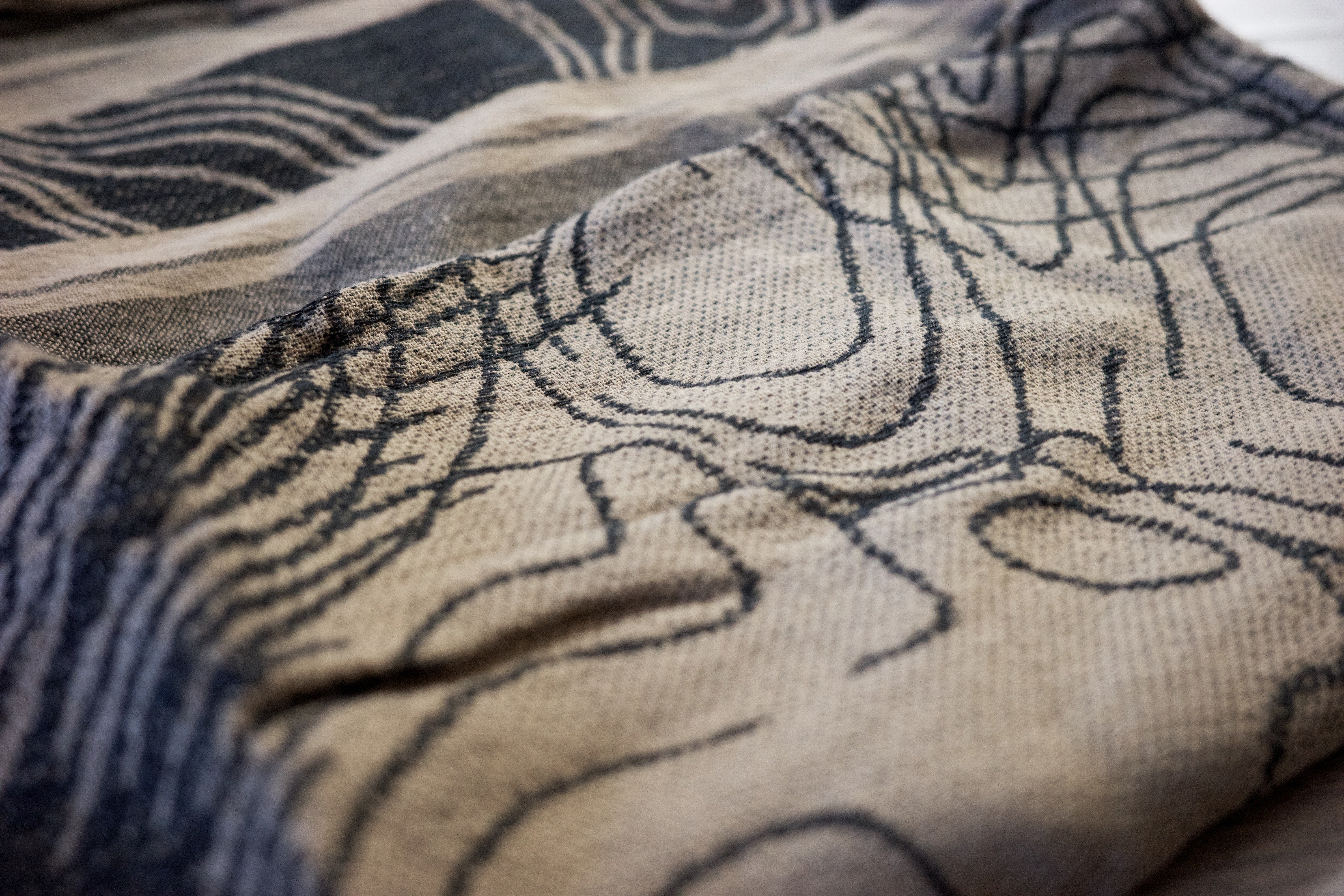 GORUCK sells these directly (sold out), but they are (as I have seen GORUCK state) rebranded Combat Flip Flops Shemaghs. Because of that, they are not easy to get right now, as they were made in Afghanistan and the recent government change there forced a shut down. 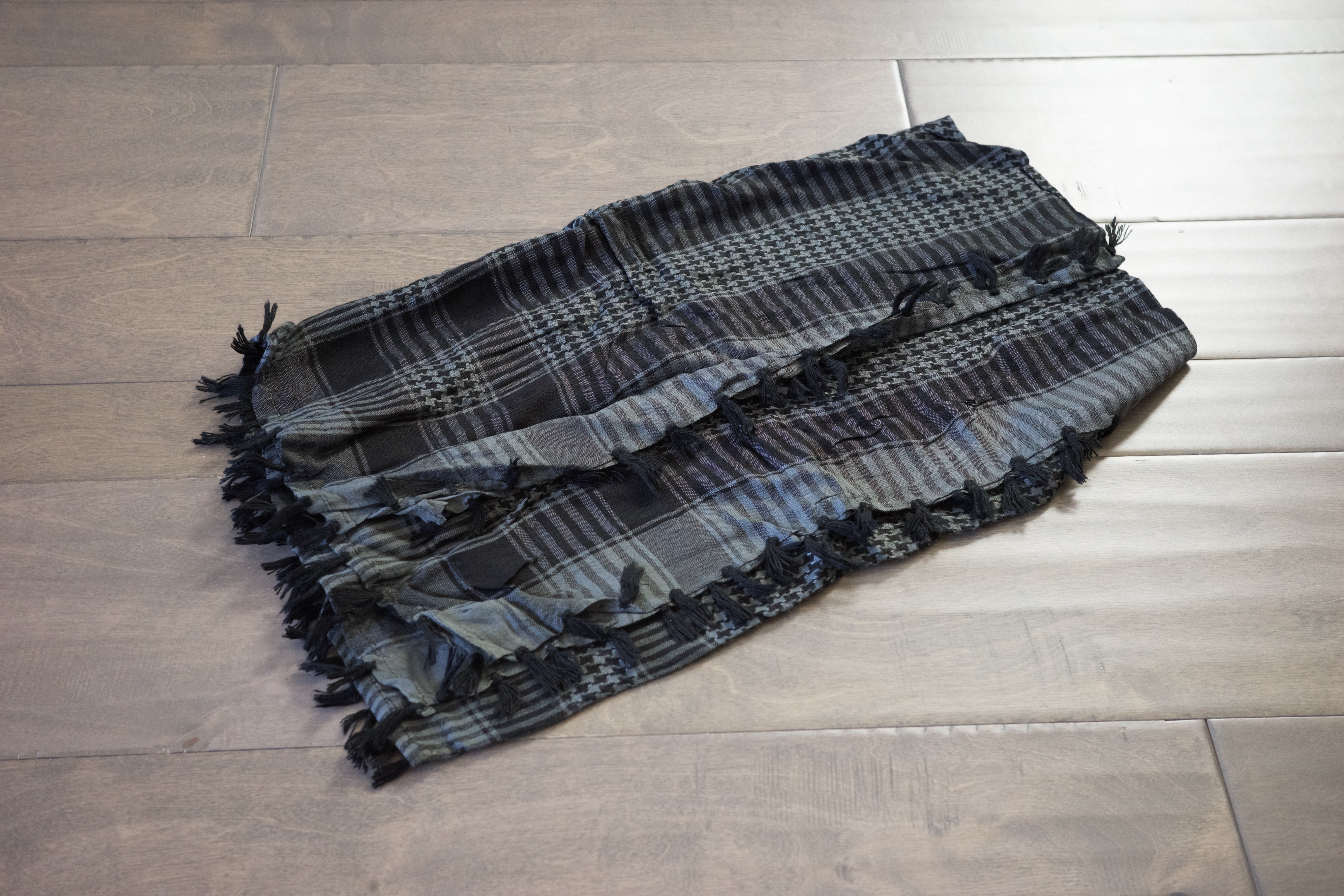 Cons:
– These are less absorbent than others, which can be good, but is mostly not ideal.
– Hard to source.

Of all listed, these are the softest/smoothest and that’s likely because they are not 100% cotton (75/25 cotton-poly blend). But they are durable and the biggest upside is that they pack down the smallest of the lot, without being less dense, while they are a little lighter weight — hard to explain. The weave is still tight, but the thickness of the material is lighter. 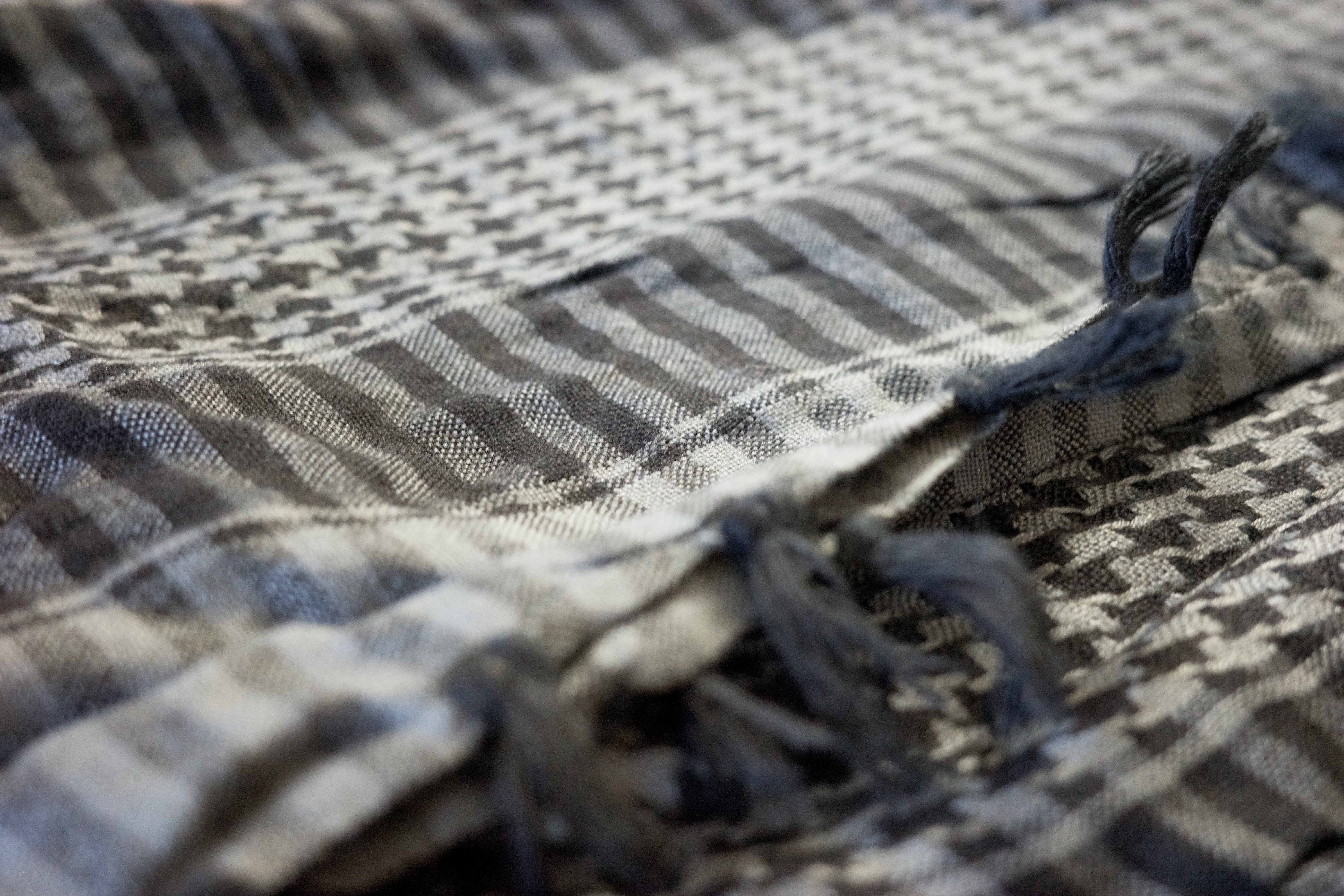 I first learned about these in a random article, and found out that they have been producing these in Palestine since 1961. There’s seemingly a lot of history with these, but the thing I kept hearing is that they are among the best out there. I’m a big fan of the best. 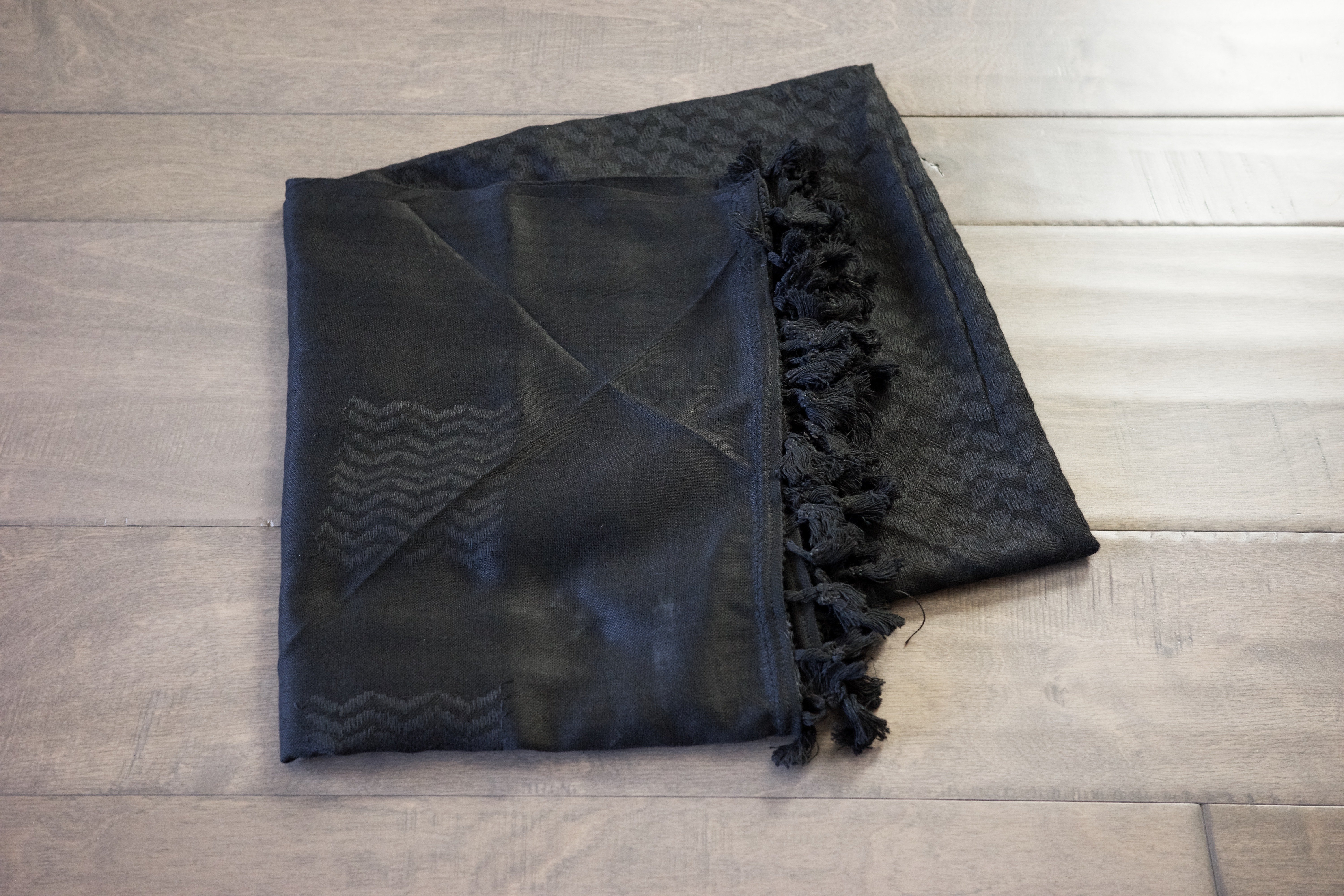 Cons:
– they are the bulkiest of all to pack

I have two colors, pictured here is “Tactical Black” but I also have “Olive Drab” and it’s equally nice. These are just exceptional quality, and that’s all I can say about that. Are they the best? Probably. 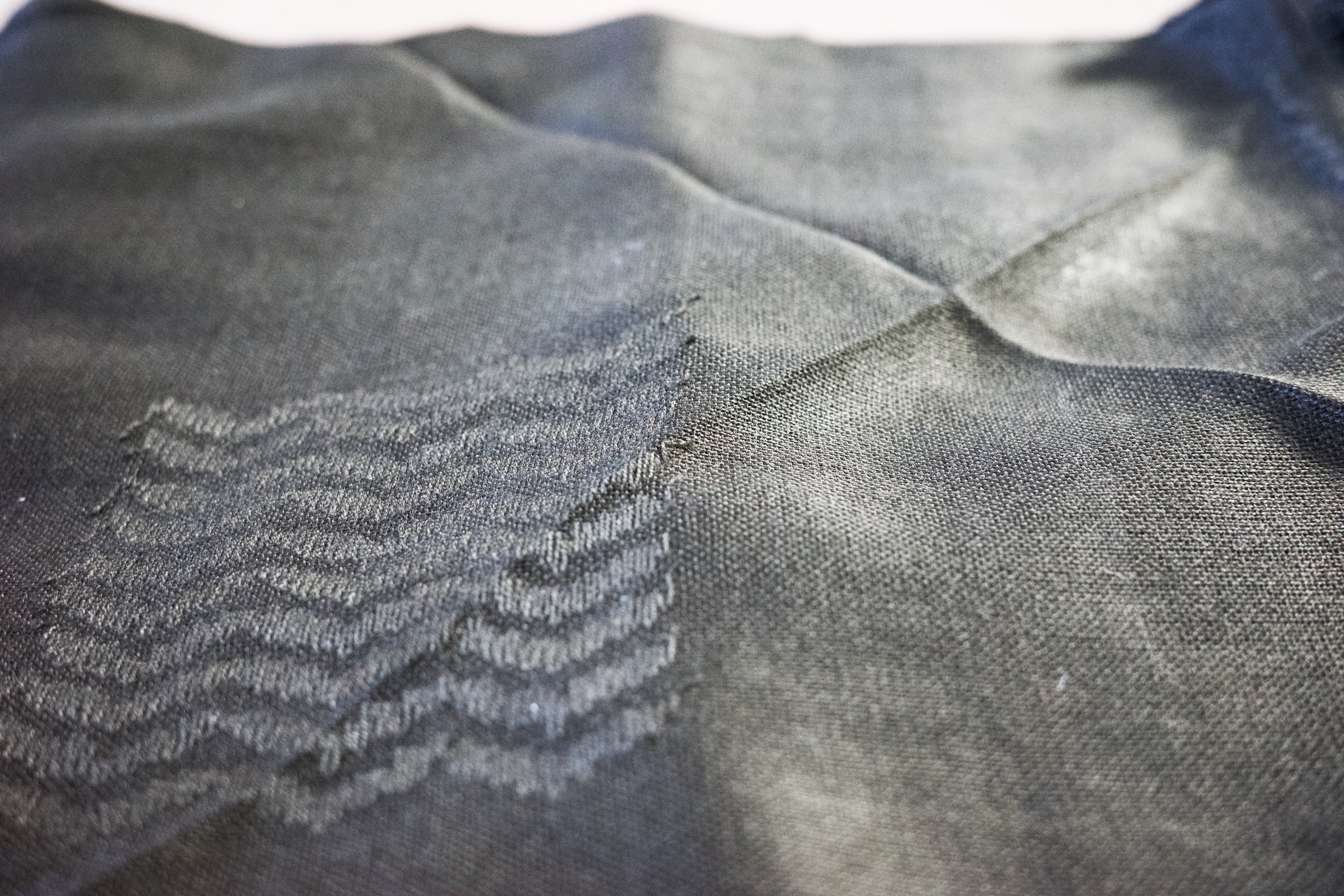 There’s about nine million offerings on Amazon, I tried the Explore Land offering in the classic black and white as it had lots of good reviews. 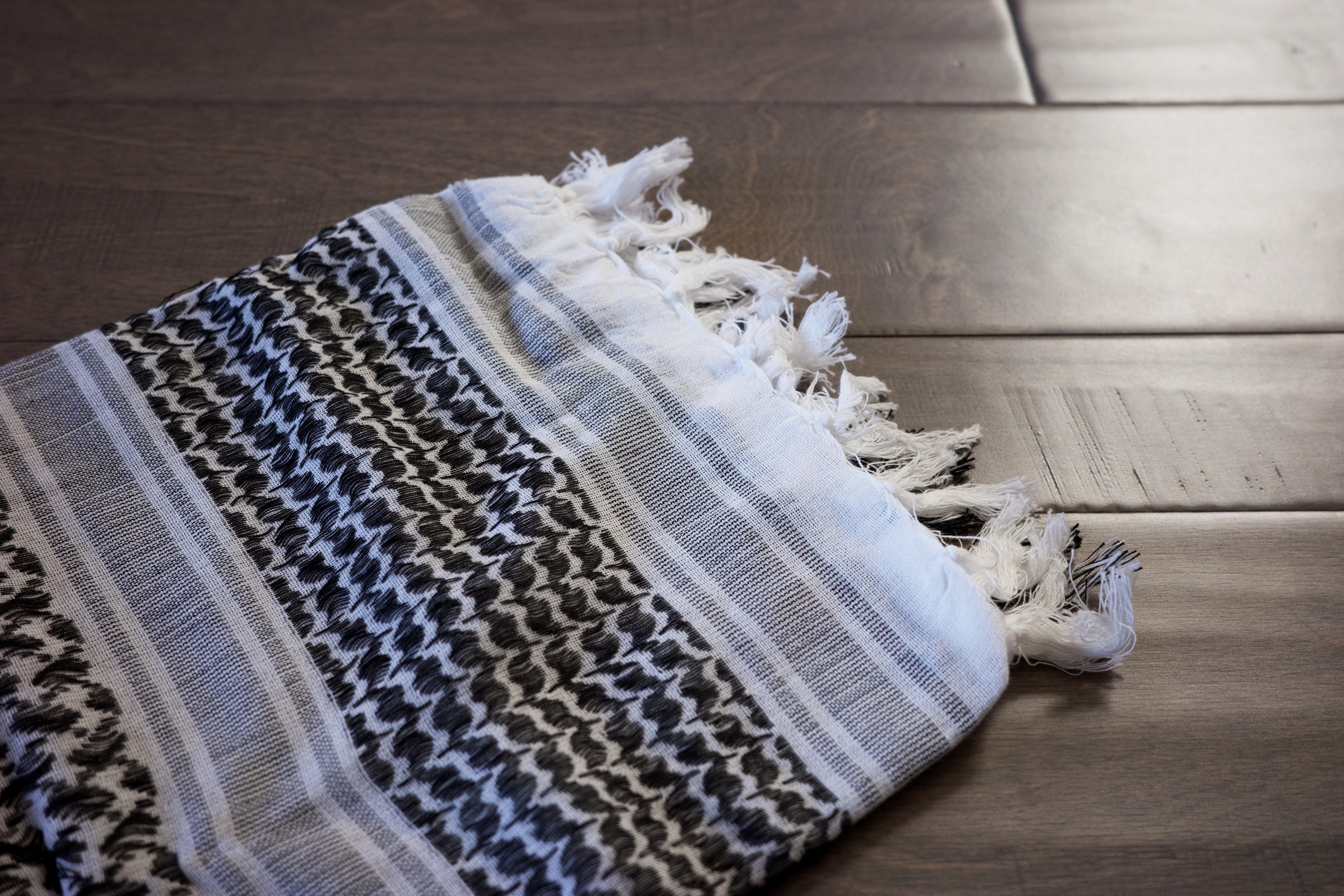 Cons:
– The weave on this is what I would describe as ‘loose’ and often gets snagged on, well, everything.
– The openness of the weave likely means less sun protection, but I have zero effective means of evaluating this.

My biggest complaint is just how loose the threads are all over this, but my biggest compliment is that it’s impressive for the price. 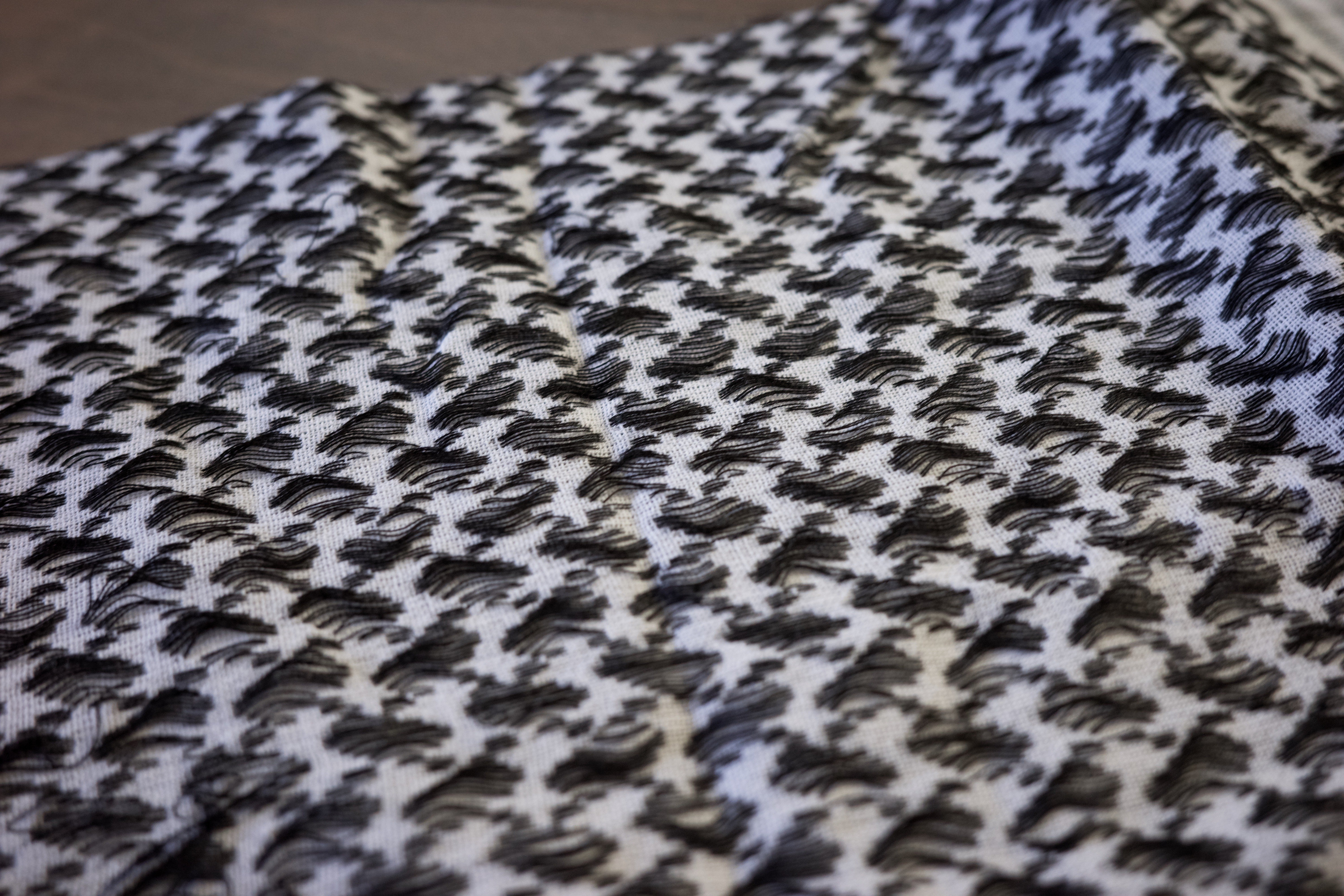 Out of all of these, I would rank them like this: 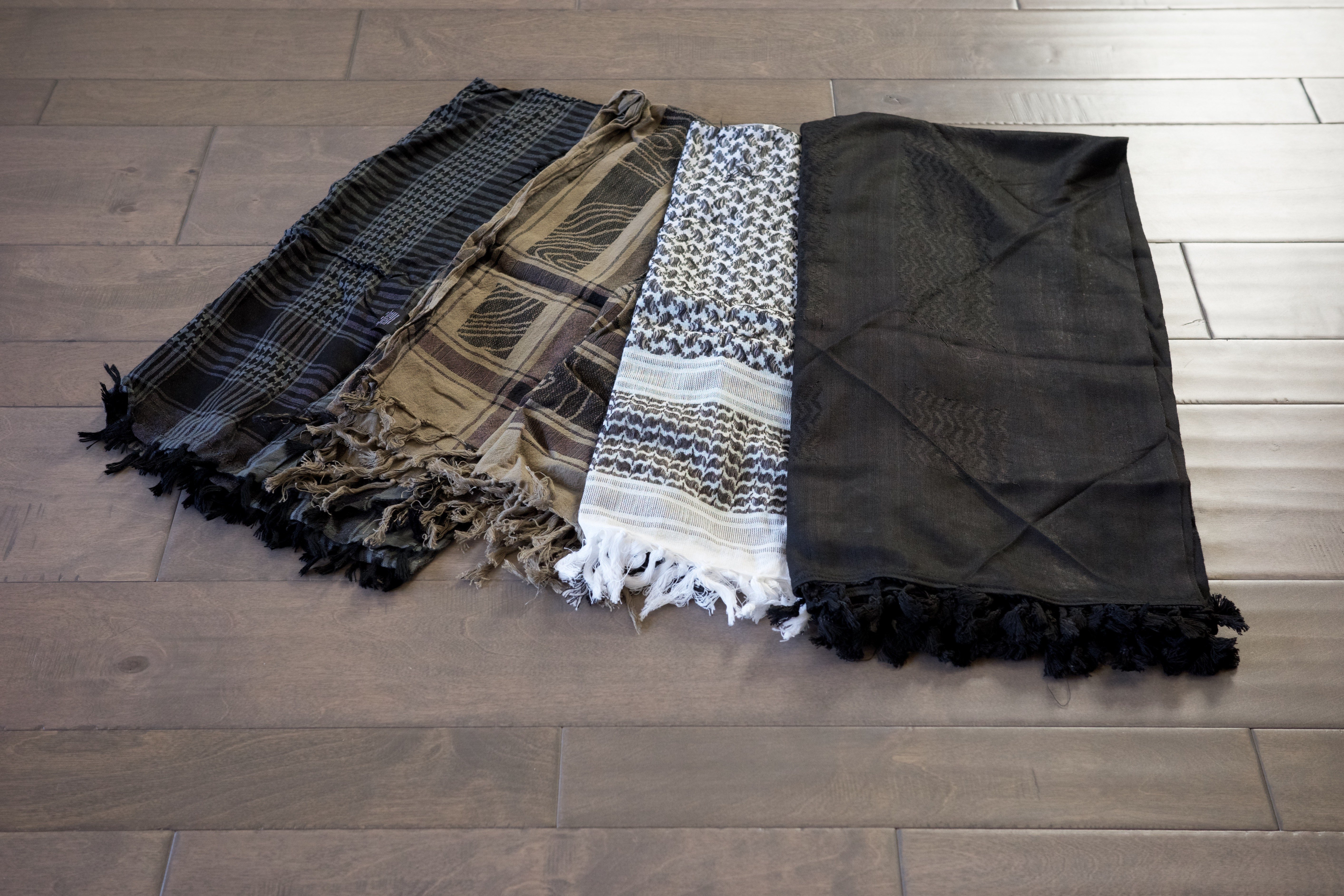 You might feel like you’ll never use one — I rarely do as a scarf — but when you need something, you’ll immediately get it if you have one on hand. There’s been so many times these have come in handy from being adhoc blankets for my family, a towel when a downpour caught me off guard, a towel when a bathroom had nothing for the family to dry their hands with, and so much more. 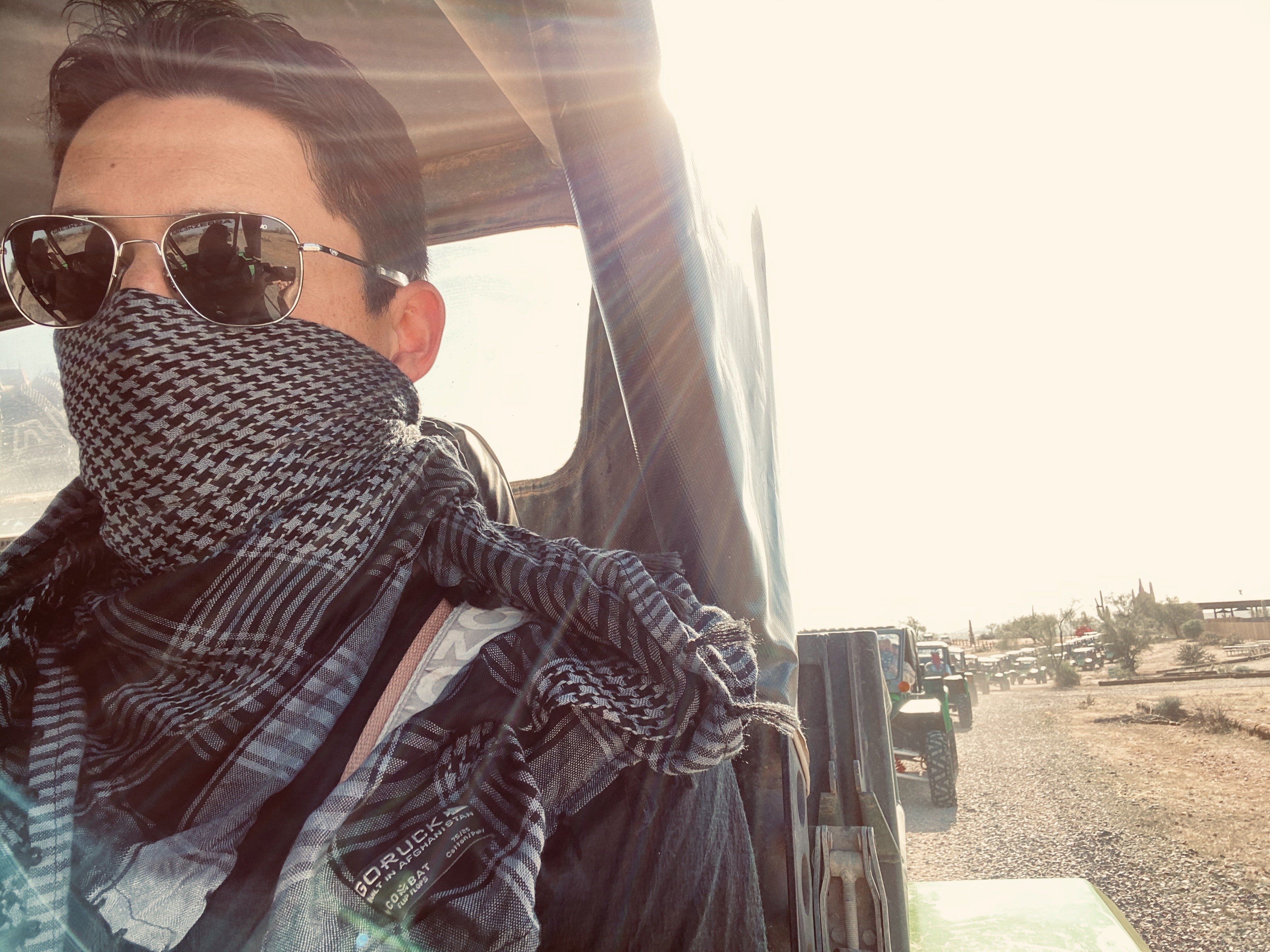 Impromptu Tomcar usage, I am not borrowing their communal bandannas.