I have to confess, I’ve always been interested in the Adamas lineup of knives. They have a very simple premise: “tank-like construction you can trust your life with.” These fall under Benchmade’s tactical section of knives, but are well loved by a lot of people. They come in a few variants: autos, fixed blade, and two sizes of folders. Of all of these I got the ‘smallest’, which is the ‘Mini Adamas’.

That might paint a bad picture though. Becuase mini here is still a beast of a knife which dwarfs all my other folding knives in size. That said, ‘tank-like’ is perhaps the most apt description of this knife.

It’s wildly overbuilt and I love it for that. 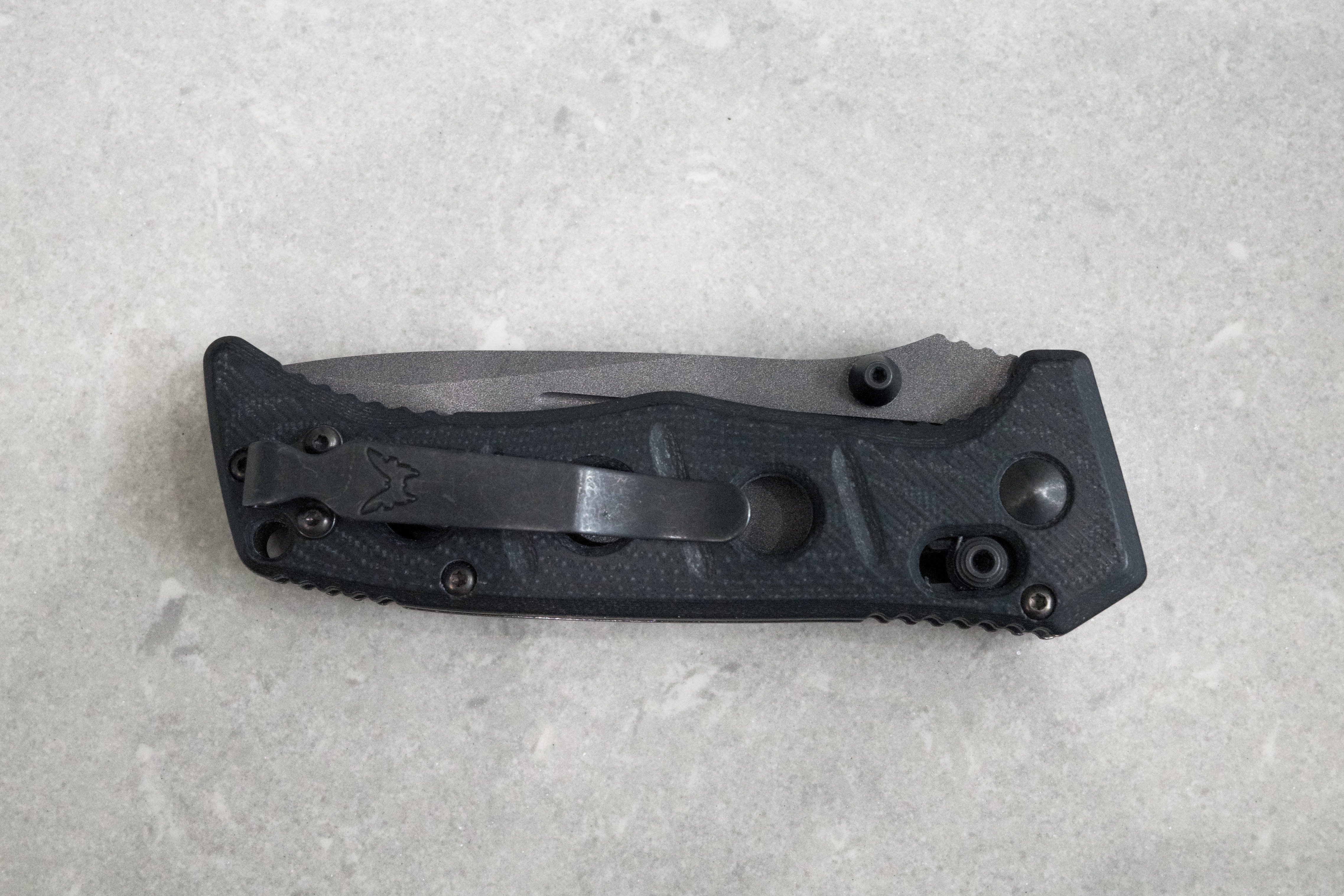 Ok, let me hit you with two numbers. Blade length here is 3.25”, on a ‘mini’ knife. Weight of this beast: 4.6oz. It’s big, it’s heavy, and you’ll be there for it all. The steel on this is similarly impressive: CPM-CruWear with a hardness of 63-65 — bonkers. The blade has a Tungsten Gray finish on it, and the handle is a massive chunk of G10. 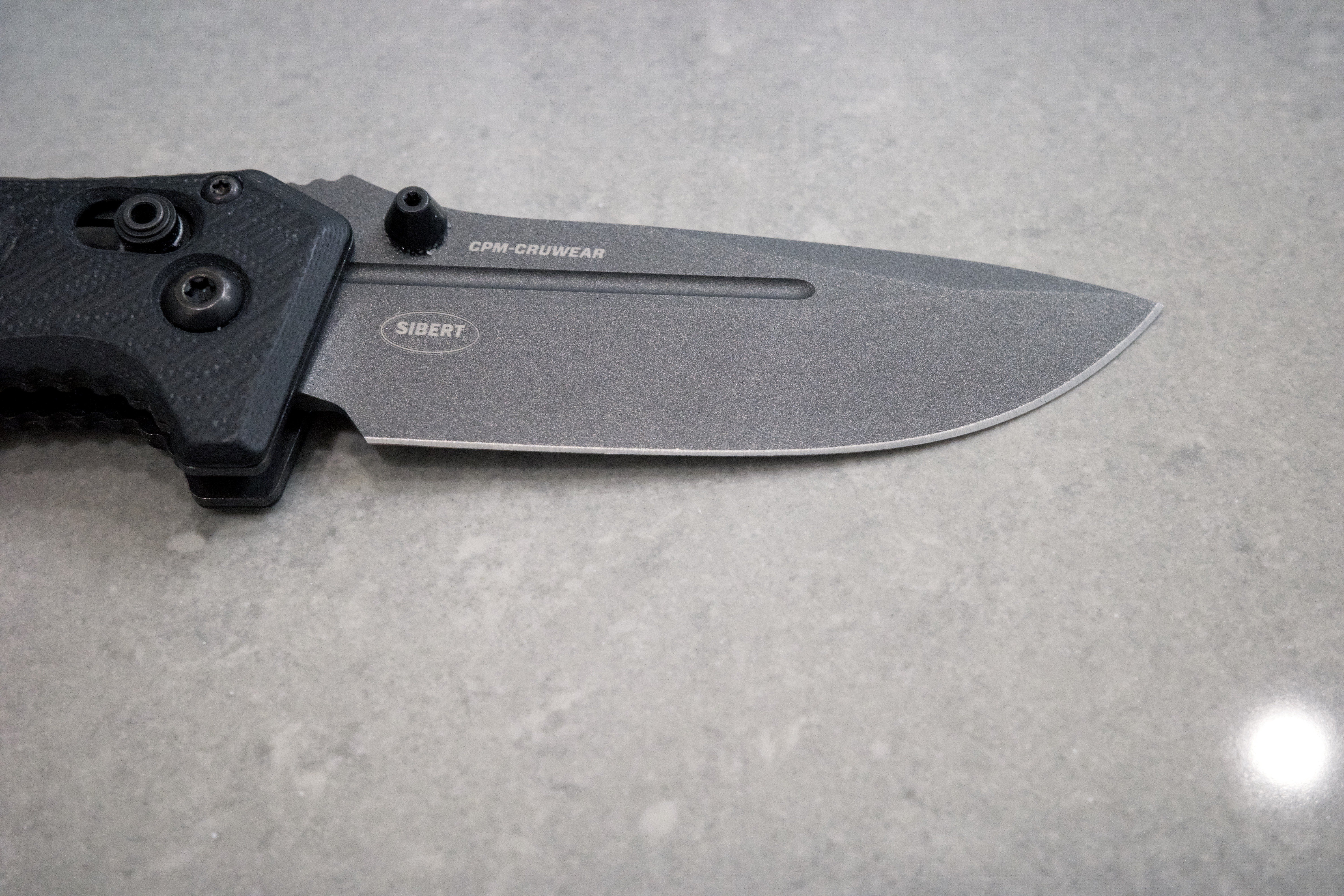 The specs alone don’t satisfy what is going on though, because the Paramilitary 2 can get to the same specs, but would feel like a Smart Car by way of comparison to this. The blade here is clocking in at 0.14” thick with a fuller cut in. The handle? It’s 0.63” thick — almost fixed blade thick. 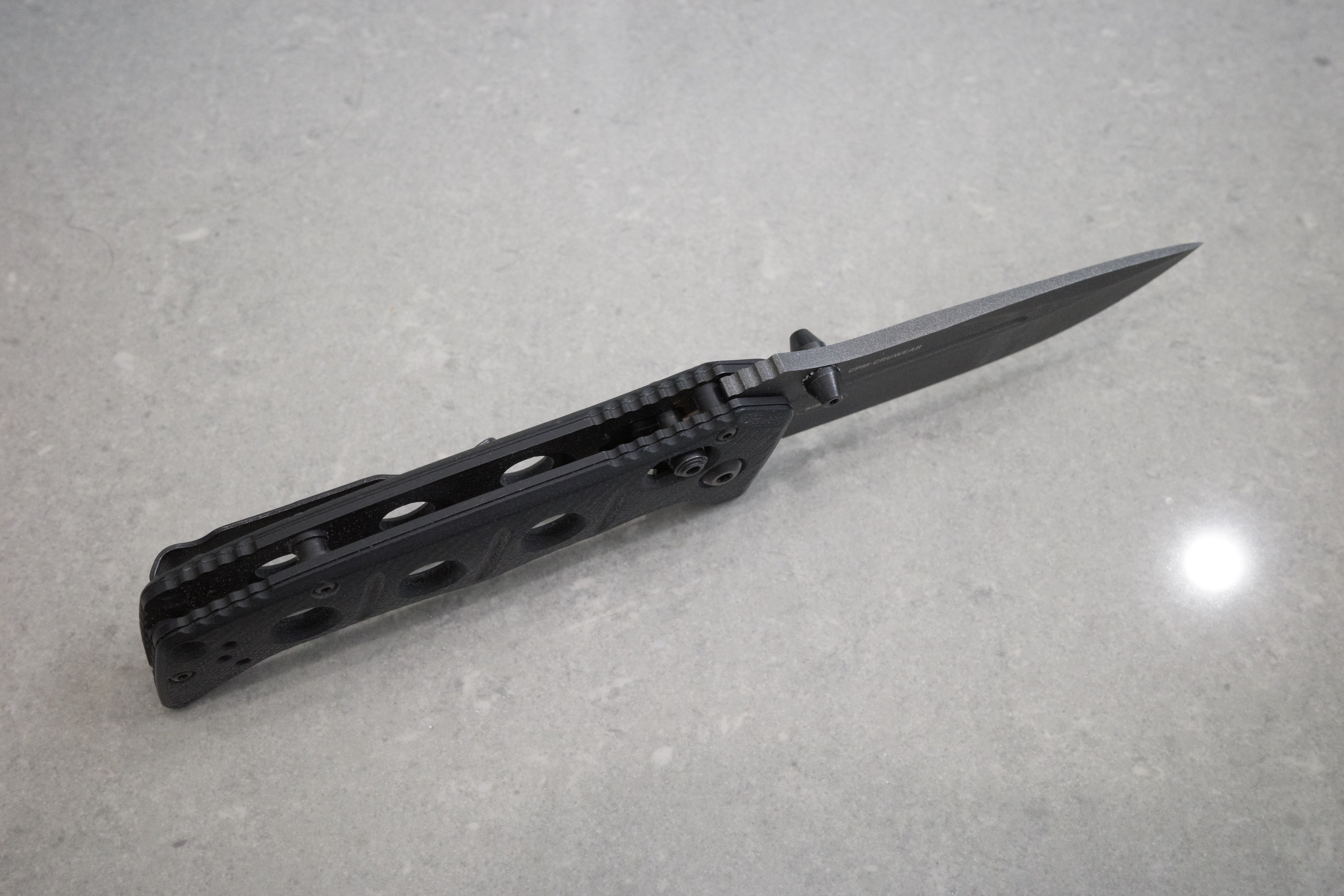 This is my first go with CruWear and all I can tell you is that it has yet to get dull, and I smacked a metal staple while cutting down a box and this blade still carried on as if nothing happened. I’ve stropped it a few times, but this steel is crazy. I have no doubt it will wear down overtime, and it has other limitations, but so far it seems impervious to Bezos’ best attempts at dulling it.

So the steel, the handle, the build — it is all over built and completely tank-like. And it’s very pleasing.

The entire idea behind this knife is less about the tactical aspects of fighting with a knife, and more about the thinking that you need a knife for knife things in a war zone. Something durable, but more than that something which can withstand abuse and do all of this while you have less dexterity (like wearing gloves). 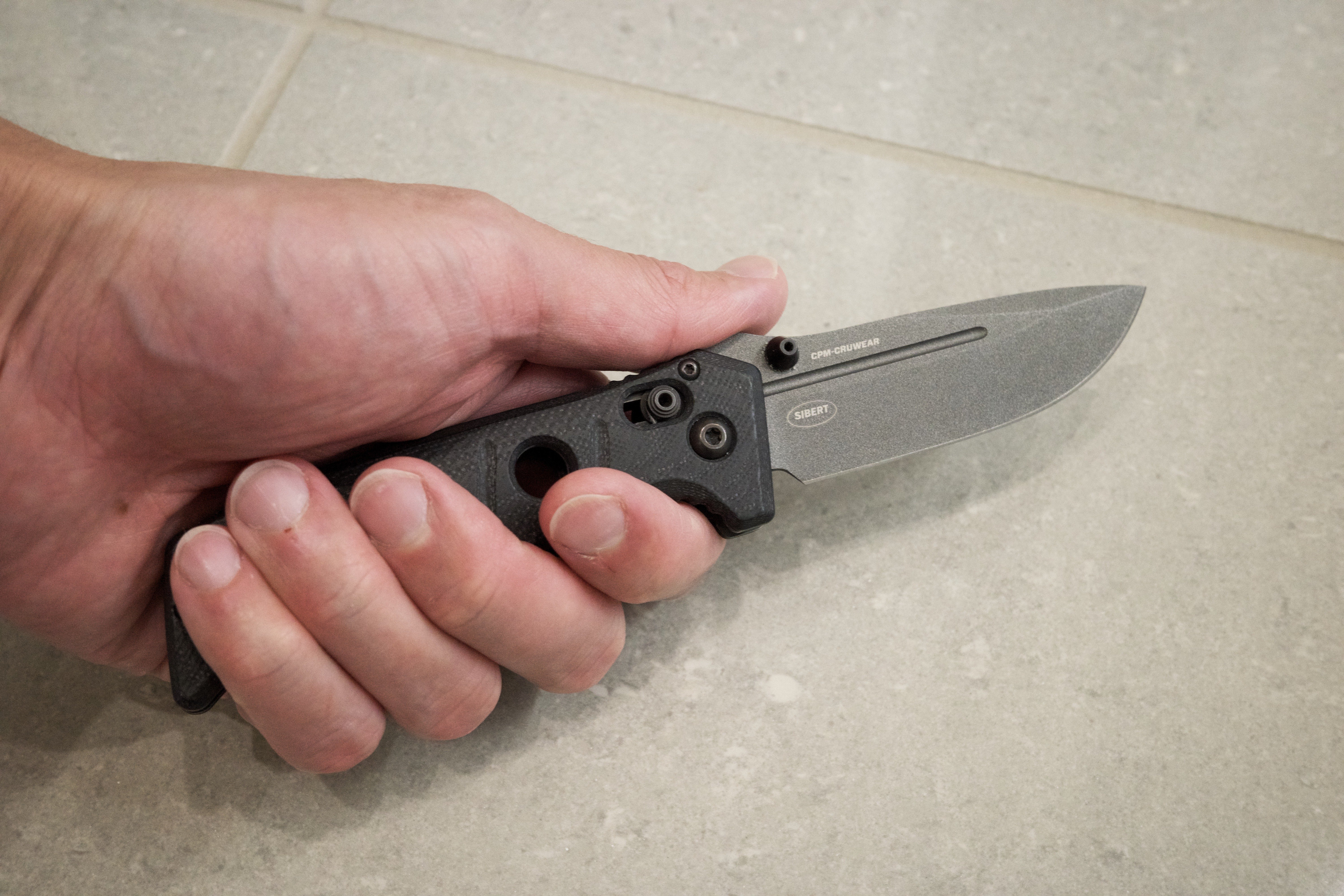 That all plays into this knife. Because of how large it is, it feels amazing to hold. Yes, it’s large, but it’s not to unwieldy in practice. I found that it is actually a joy to use — I love using it. In a lot of ways the ergonomics on this are better than many of the fixed blades I have used in the past, while the Mini Adamas still feels as stout (if not more) than some of the cheaper fixed blades on the market (looking at you Mora). 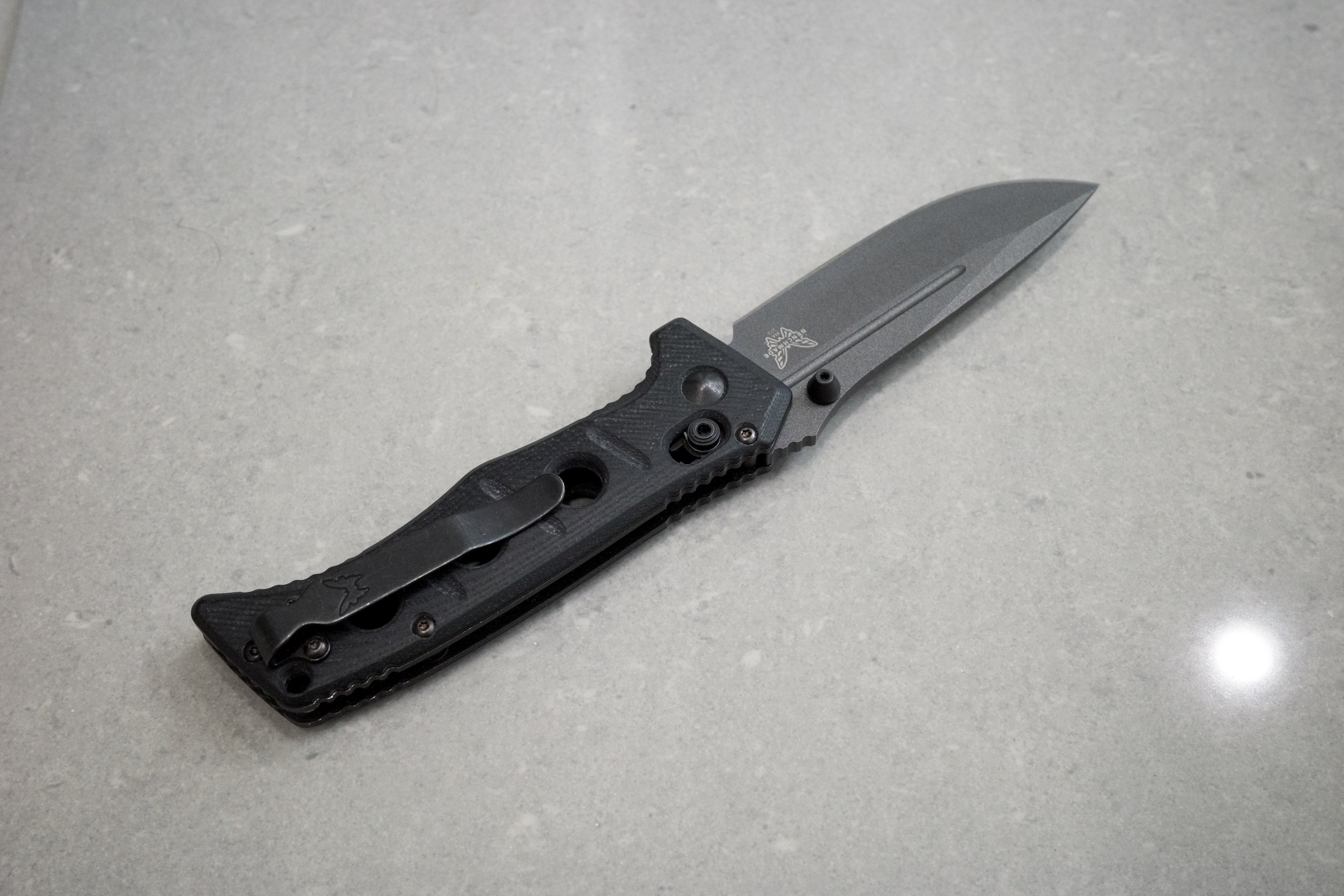 The down side is not only the weight/size, but the thickness of the blade and the overall shape of it means it’s not a slicing knife. It’s not something you are going to draw easily through cardboard, and the drop point is rather extreme so the tip requires a more pronounced angle to work with only the tip on the blade. The upside to that design is that the knife has no thin spot, and is thus not prone to breaking easily if used in ill-advised manners such as prying on other objects.

Next to Small Sebenza 21.

I used this hiking, EDC, around the house, and out in the yard. I’ve found that it did just about everything well, but nothing outstanding. At times it was a little large for the task, or something might have been better suited, but at no times did I have to give up and get another knife.

I have used the knife a lot with gloves on, and during those times — well I have not had another folder perform as well with gloves on. It was very easy to use, and keep a good grip on. Benchmade tweaked the thumb studs here to be smooth but more pronounced. They are very easy to catch with a glove for opening the knife. 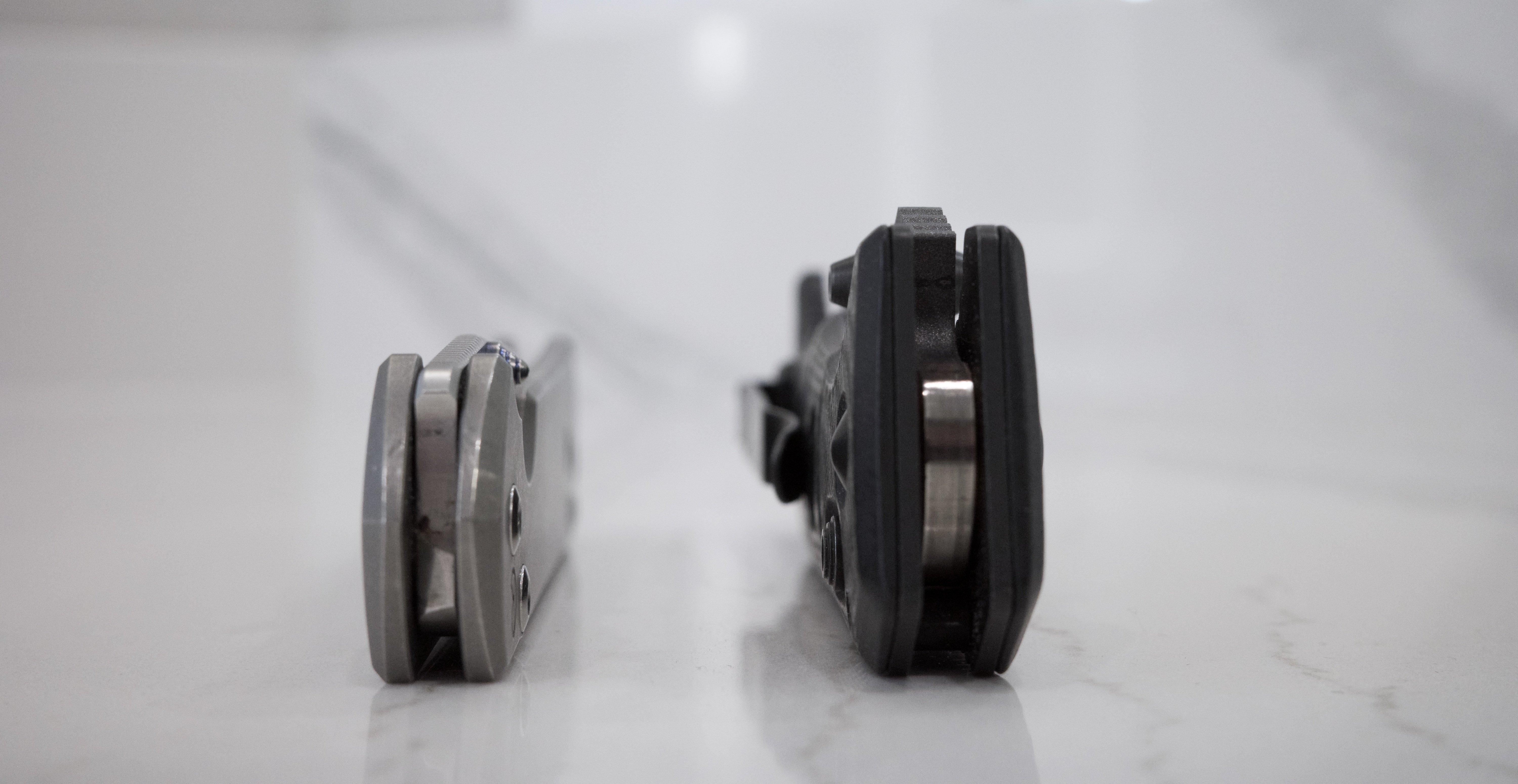 Another aspect to a hard use knife like this, is that it should be able to be abused with grime and dust. It should keep working even when not kept clean. I tossed this into the sands of White Sands NP, pulled it out and while still covered in sand: I open and closed it a half dozen times. Left it like that for an hour, then cleaned it dumping water from a water bottle on it. It never bogged down, or seemed particularly aware that there was sand all over it. 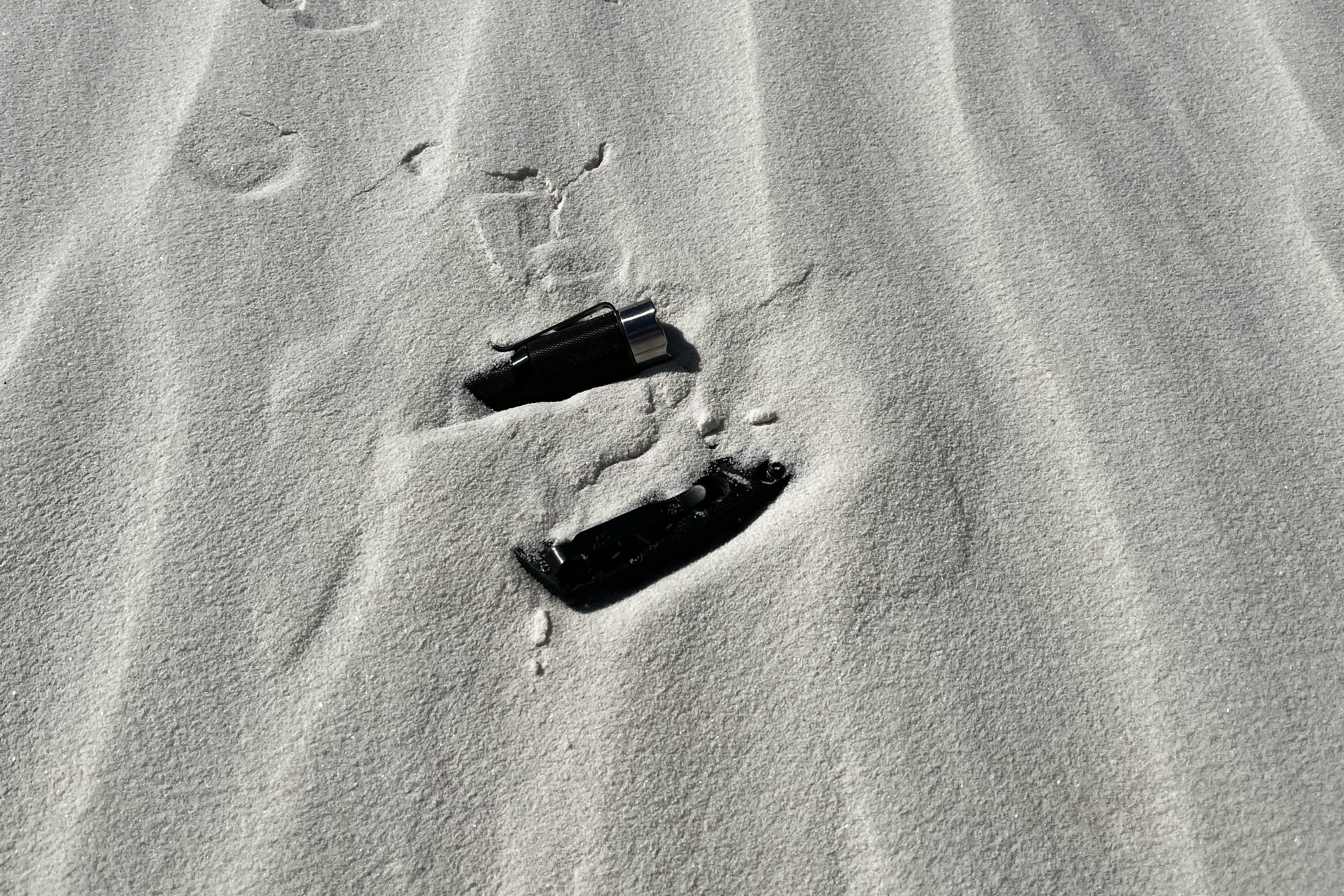 The coating on this blade is also one of my favorites. It has a subtle texture, but holds up well when used and is a really nice overall finish on the blade. I am not sure what the other colors feel like, I grabbed the black handle version specifically to get this coating — as I love it. 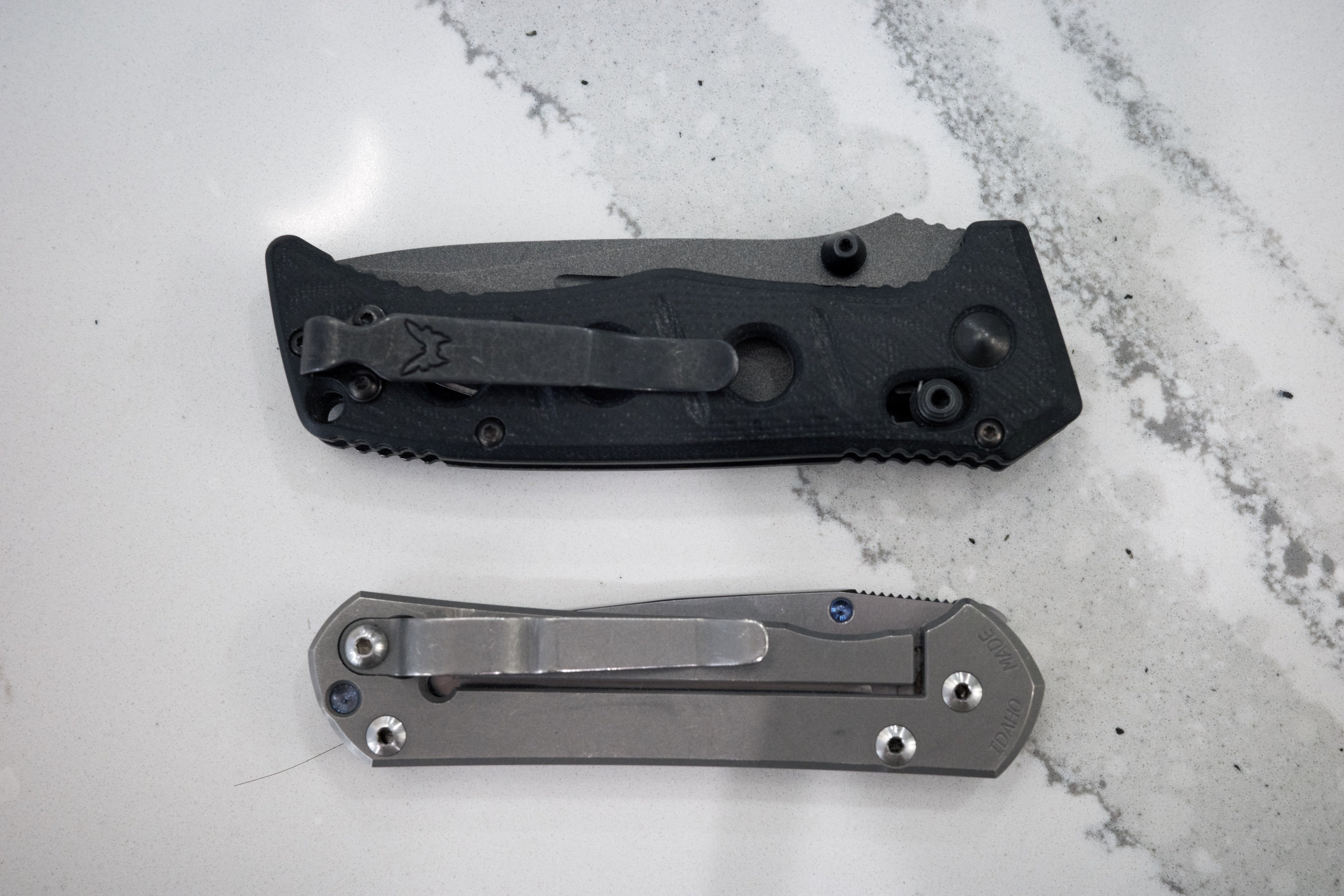 Is it easy to carry this? Not particularly.

Will it replace a similarly sized fixed blade? Most likely.

If you want a hard use folder which is easy enough to carry, and can replace a small fixed blade — this can do it and then some. It is heavy and you do pay that penalty in size and weight for what you get.

But what you get is a hell of a knife.

It all comes at a cost, MSRP is hovering at $250, while retail prices are closer to the $225 mark on most authorized dealer sites.

I dig it, and in fact it is the reason I’ve not bought a larger fixed blade.