This is a perfectly acceptable light, and looks neat.

I’ve been toying with the idea of getting this light for a while now, and waffled on it. It’s a very competitive price for this type of light, offers a nice selection of options and generally seems like a good buy. And that it is, it is a good buy, but that’s about it.

Allow me to explain… 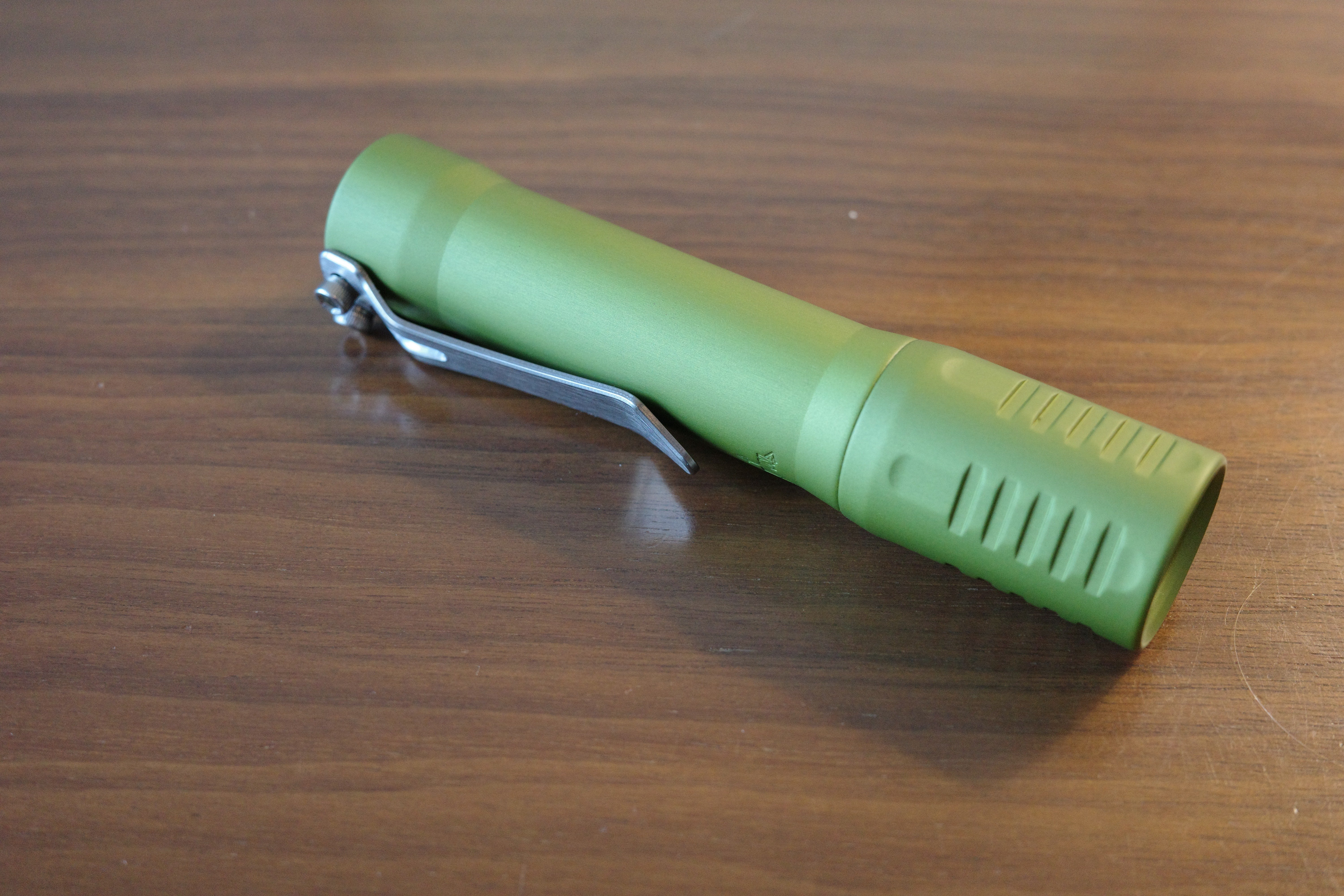 But first, let’s talk about the guts of this. This is a 14500 light (flat top or button top work) with options between a Nichia 219c or Samsung LH351D. I went with the LH351D in 5000k (if you want something different, it is worth emailing the company). 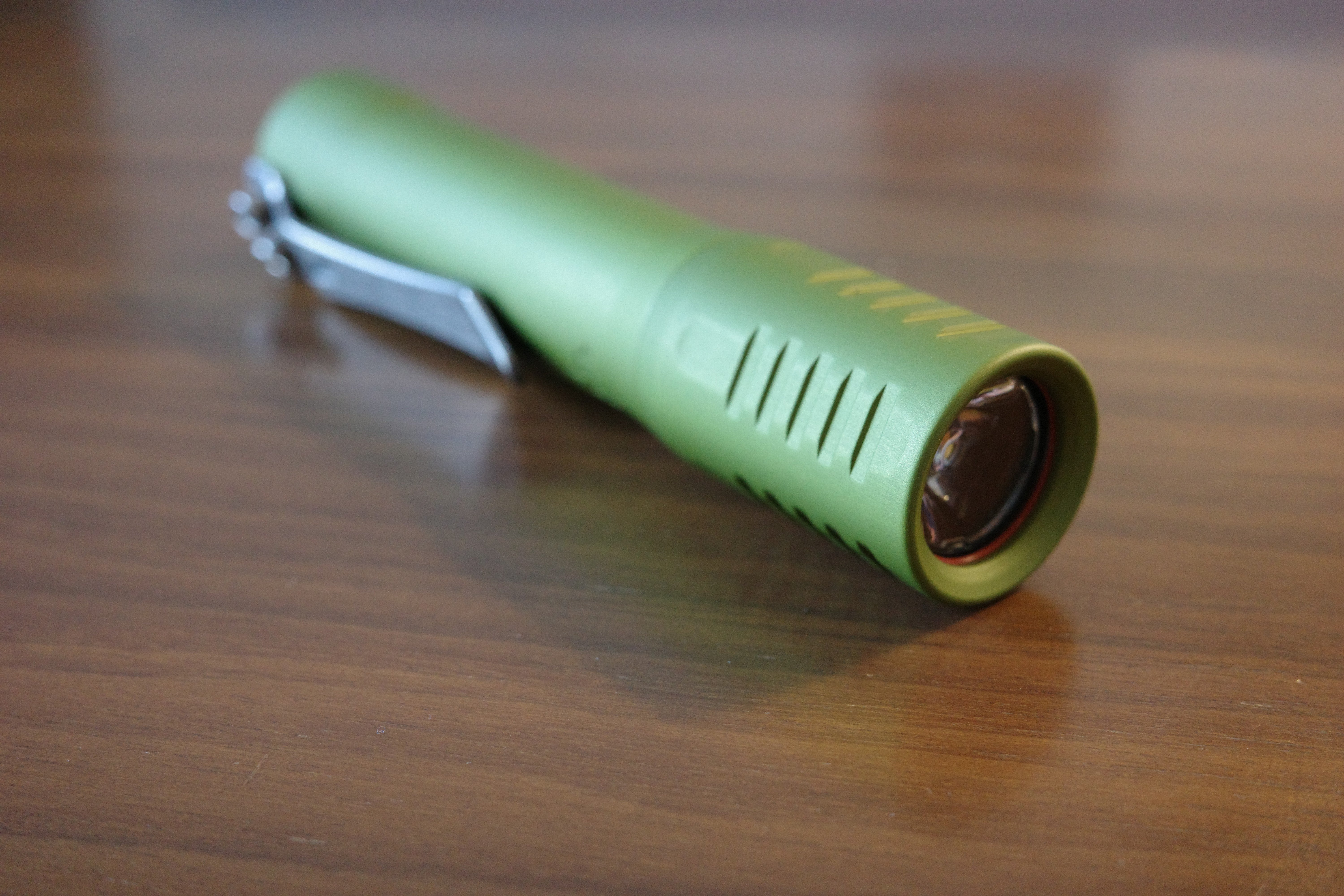 14500 lights are really nice, they offer a ton of power in a decently slim form factor, while not totally nuking the available run times. That said, this is a large-ish light for a 14500 light. I selected the olive anodized aluminum model, and the color trends more green than brown. The finish is fairly matte when you receive the light, but quickly starts to smooth out with use. It uses a McClicky tail switch, and a basic interface offering L-M-H with the option for memory or not (selected when buying). 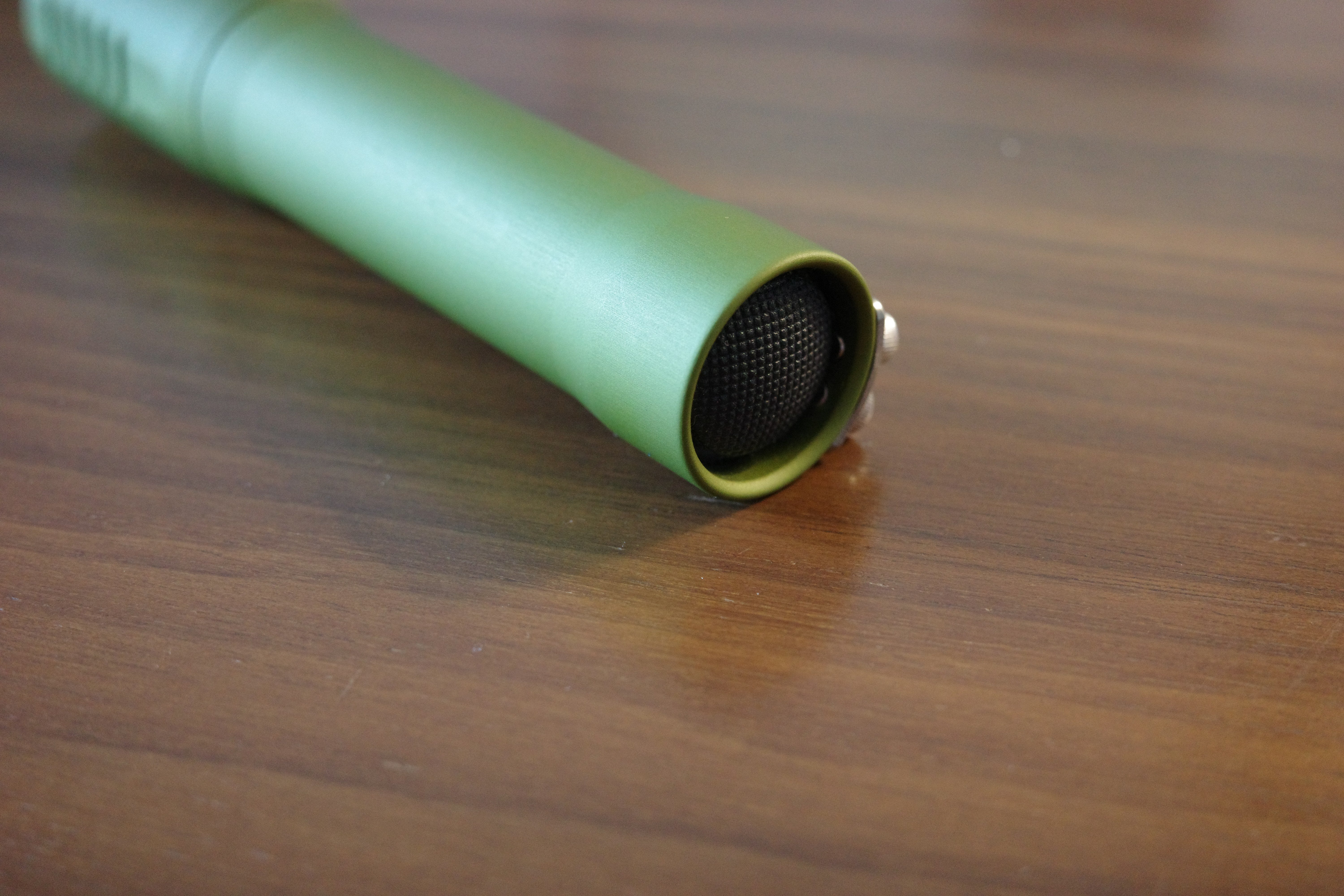 The clip is robust, and not discrete, but works exceedingly well. All in all a nice sized package, but nothing really extraordinary. There’s some charm in that, as this light reminds me of what a modern day mini Maglite might look like, though more powerful and smaller.

When I first started carrying this light, I quickly liked it. It’s a little thinner, but still comfortable in hand — and the switch feels excellent to use. And so I carried this light a lot and I started to become a little ambivalent towards it. 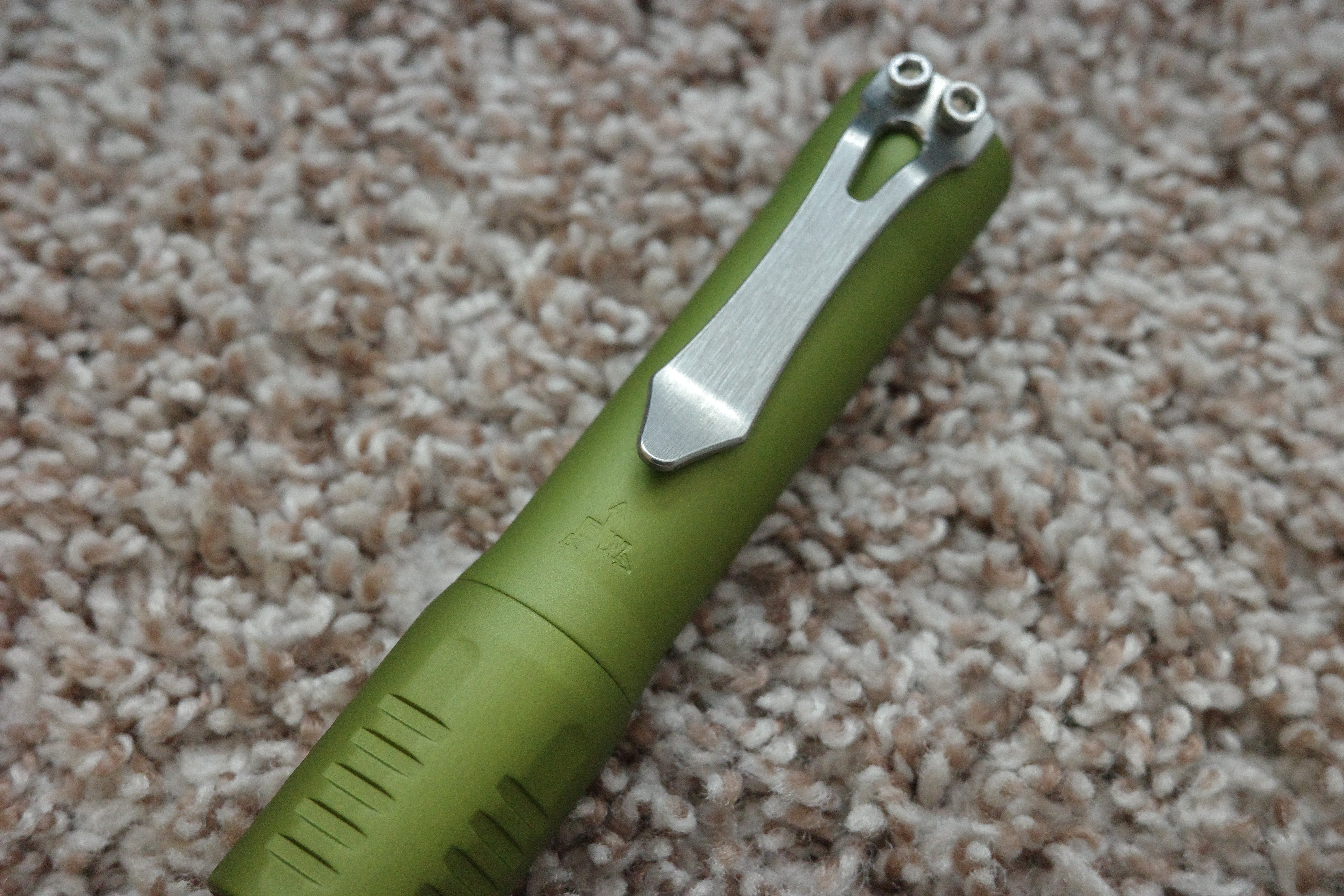 The light sees a lot of pocket time, but not a lot of “I want to use this light” time. There’s a couple of reasons for that. The first is that the light itself is not overly bright, and not very dim either. So it can be rather jarring in very dark circumstances, and underwhelming when competing in bright environments. 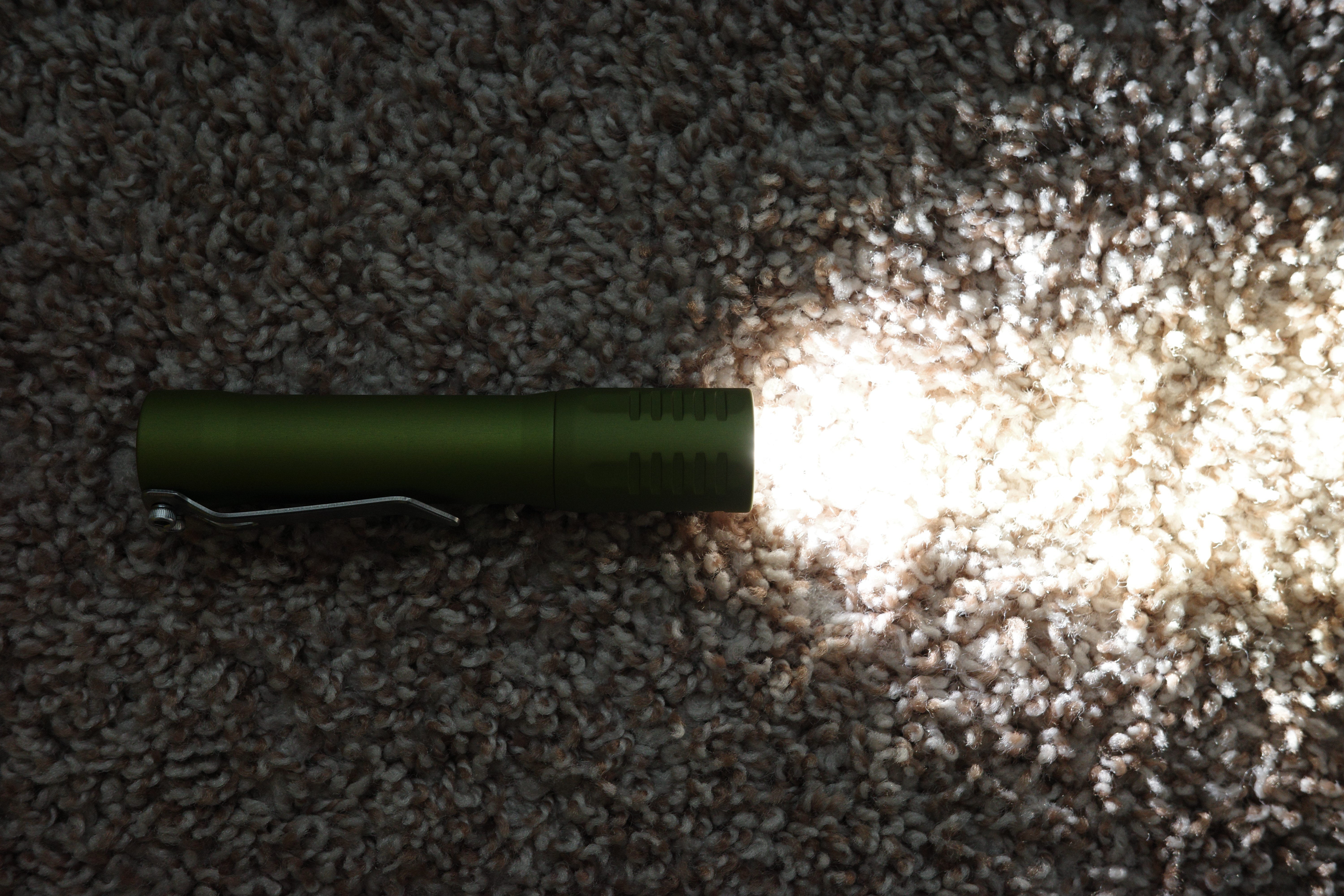 But this light doesn’t use a traditional reflector, so part of what is happening is that the light isn’t projecting far. Reddit sorts this out by modding the light, but nah, not for me here. Because the beam actually is great for most use: walking, up close, working, etc. Where it starts to fall short, is outside of the 12 foot range if you need that — look to another light or add a reflector. 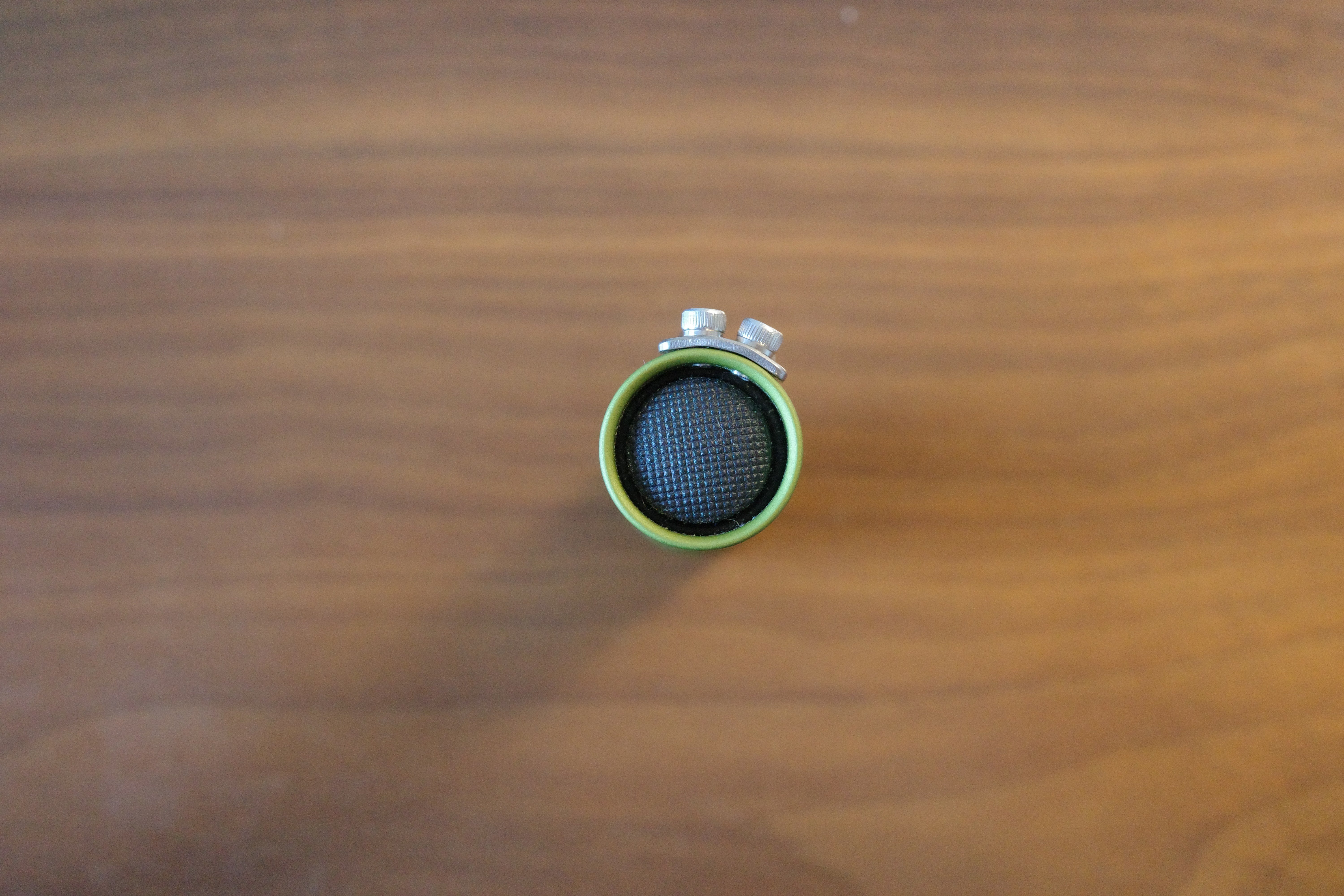 The entire idea behind this light seems to be to make a very simple, and very durable utilitarian style light. That it is green is just happenstance, and not a nod to it being anything fancy. And if that’s the light you are looking for, then yes that’s this light. 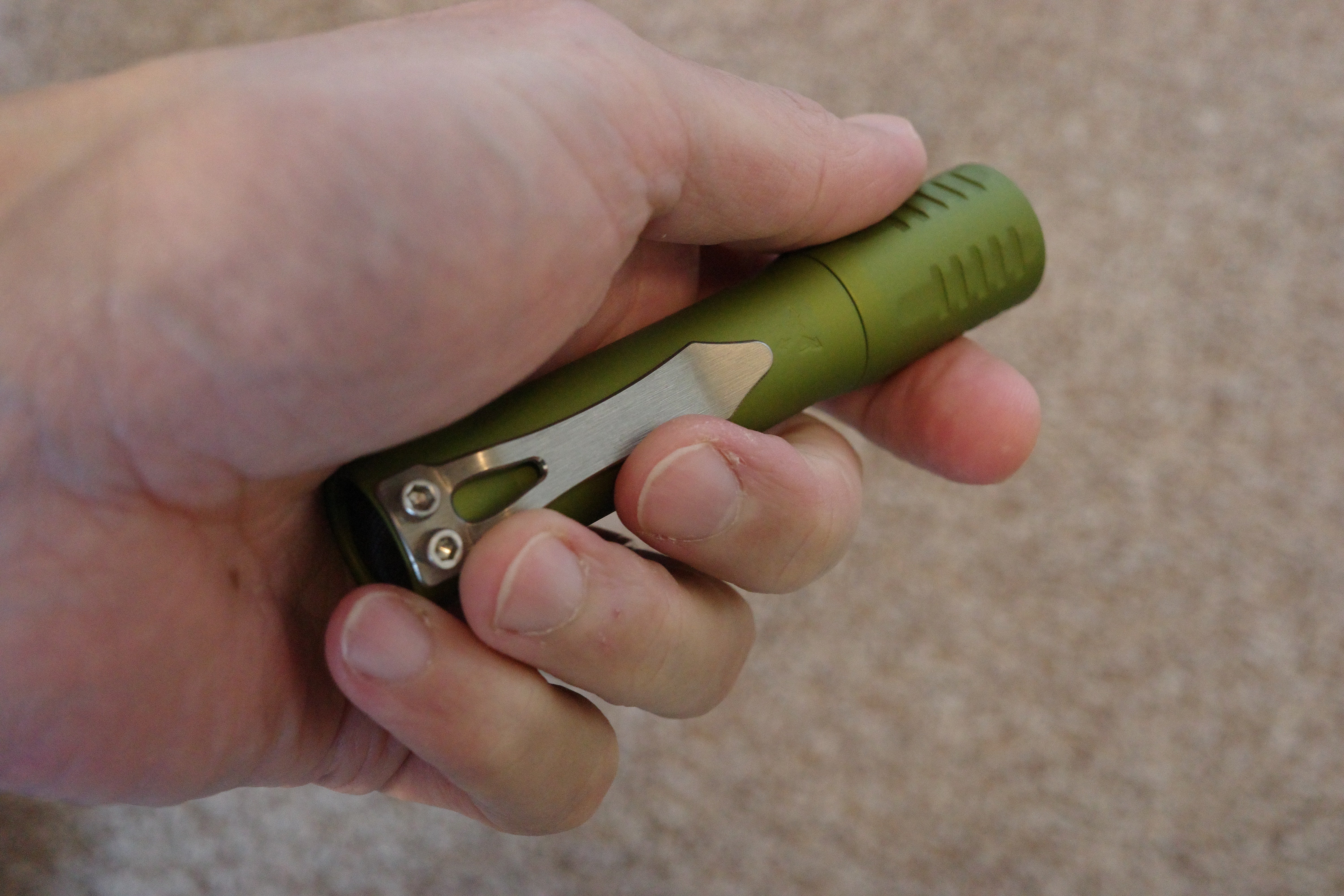 It doesn’t carry much smaller than my one inch diameter lights (HDS, RRT01, etc), but it is enough of a diameter change that you noticeably feel the difference in your pocket. It’s less bulky. However, it’s much longer, so there’s a trade off that makes this light not quite feel like the pocket bulk savings you might hope it is. Likewise it is much larger than my AAA sized lights so it sits at that odd and often not needed middle ground of not really being small and not really being large. 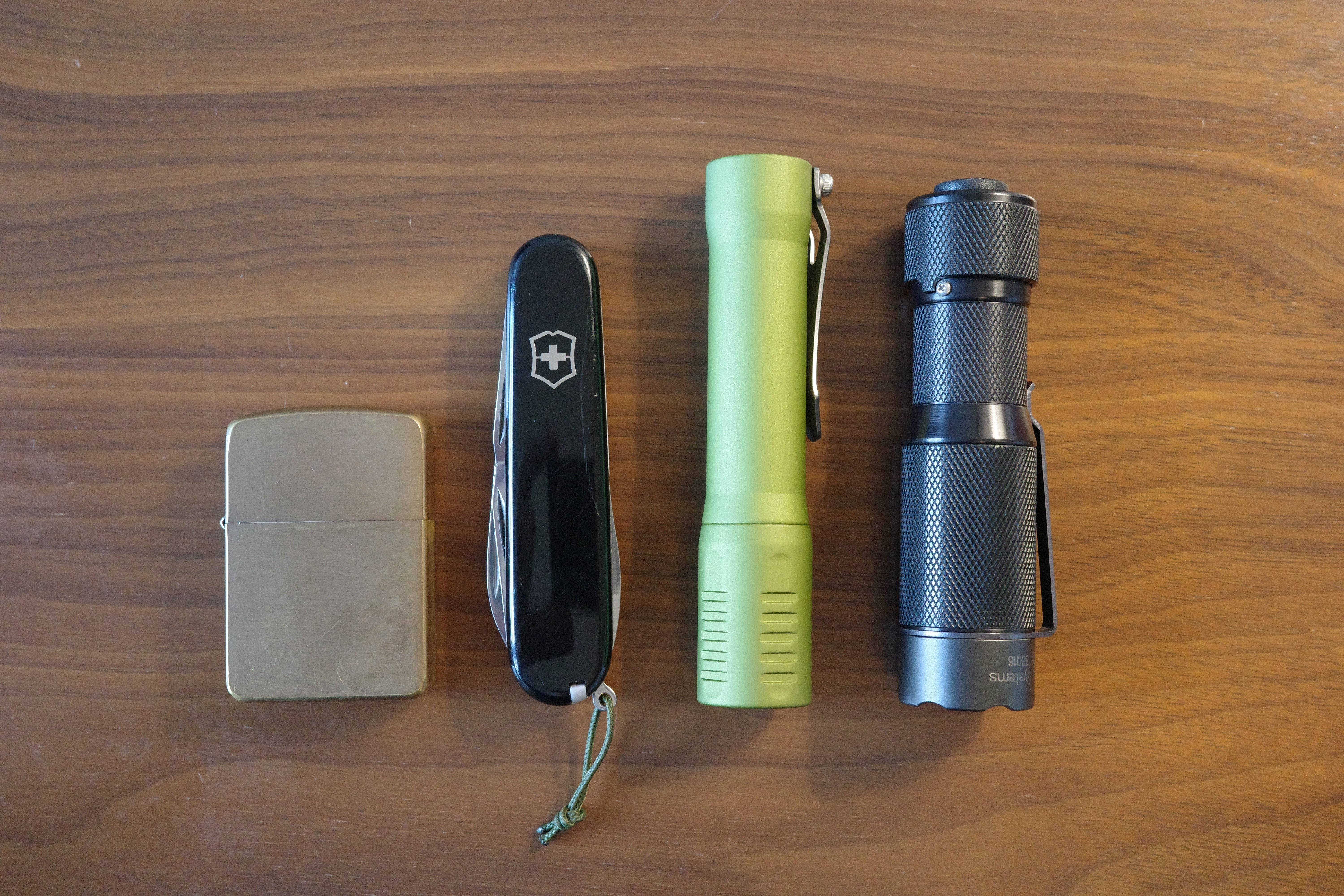 Day to day, then, I came to feel that there was no pocket bulk advantage to carrying this over my HDS. And that’s a problem, because this light doesn’t perform as well as my rotary lights. I can’t reliably say what the output will come on at, and I while it is a very lightweight offering, it doesn’t really project light as well as my HDS lights (which themselves are considered under powered by most). Side by side, the HDS has a smaller hotspot, but only slightly dimmer at about 8 feet. Beyond that and the HDS starts to perform better. 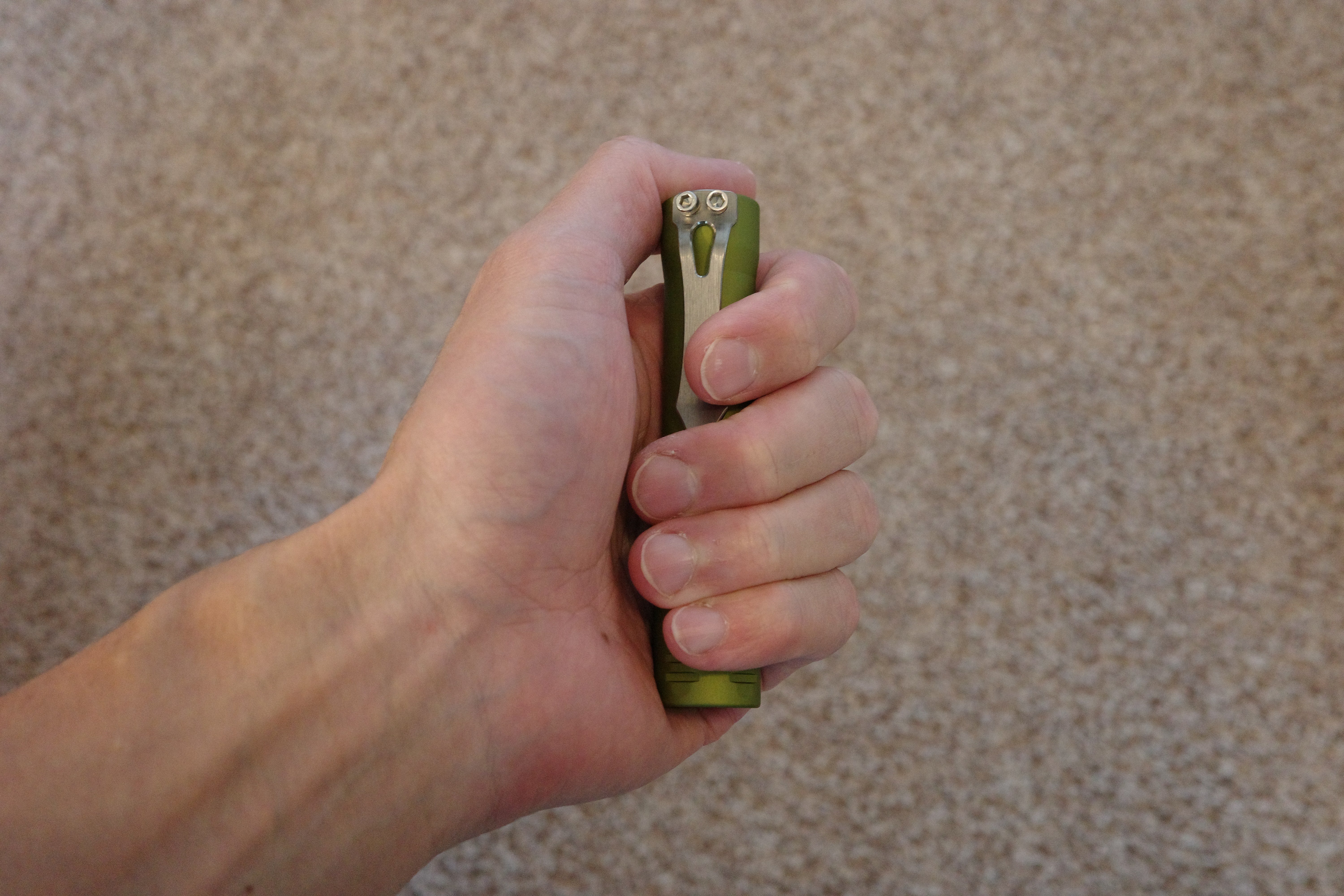 Here’s the thing about this light: everything about it is perfectly acceptable while at the same time nothing about this light is that great. The F2 starts at $175, and as shown is $185. That’s almost twice the cost of a modded Raptor, and less effective and useful than a Raptor. (Though it is significantly cheaper than the HDS.) 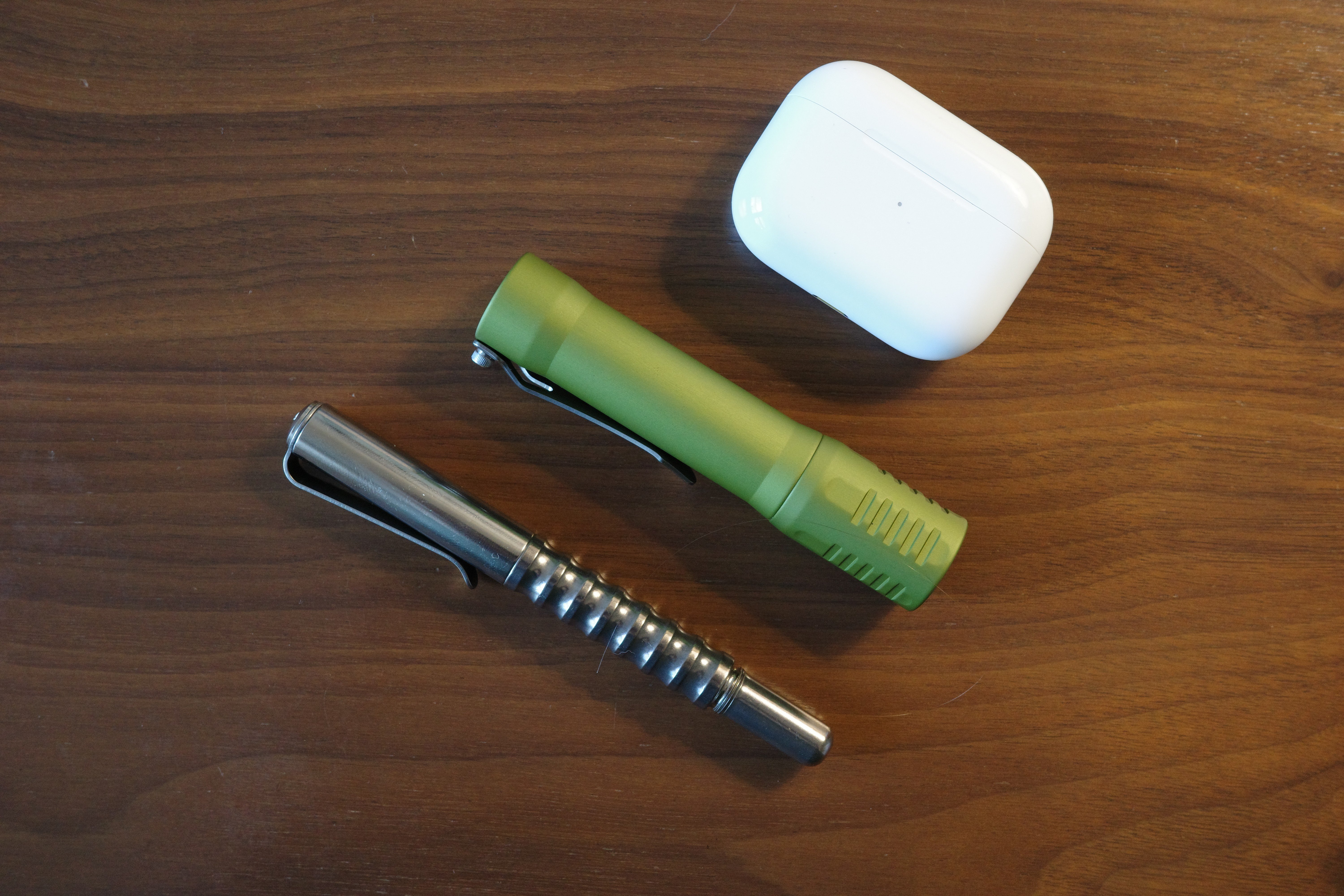 Having said all that, if the looks call to you (I find them to be perfectly fine) then it is likely this is a light you will like, and certainly one you can modify to like even more (reflectors, drivers, and LED swaps are common mods). For me, I’ll be moving on.