What a wonderful knife to hold, with amazing aesthetics, but this blade material is not at all for me.

This is a special edition version of the Terrain 365 Caiman Slipjoint, done in partnership with the SPD part of Prometheus Design Werx, here’s the product page. I’ve always thought these were cool knives, and I snagged this knife second hand to try out.

The big thing about these knives is that the blade isn’t steel. It’s cobalt. And it, well the marketing is a lot, this is my first go with something like this. Let’s talk about it all. 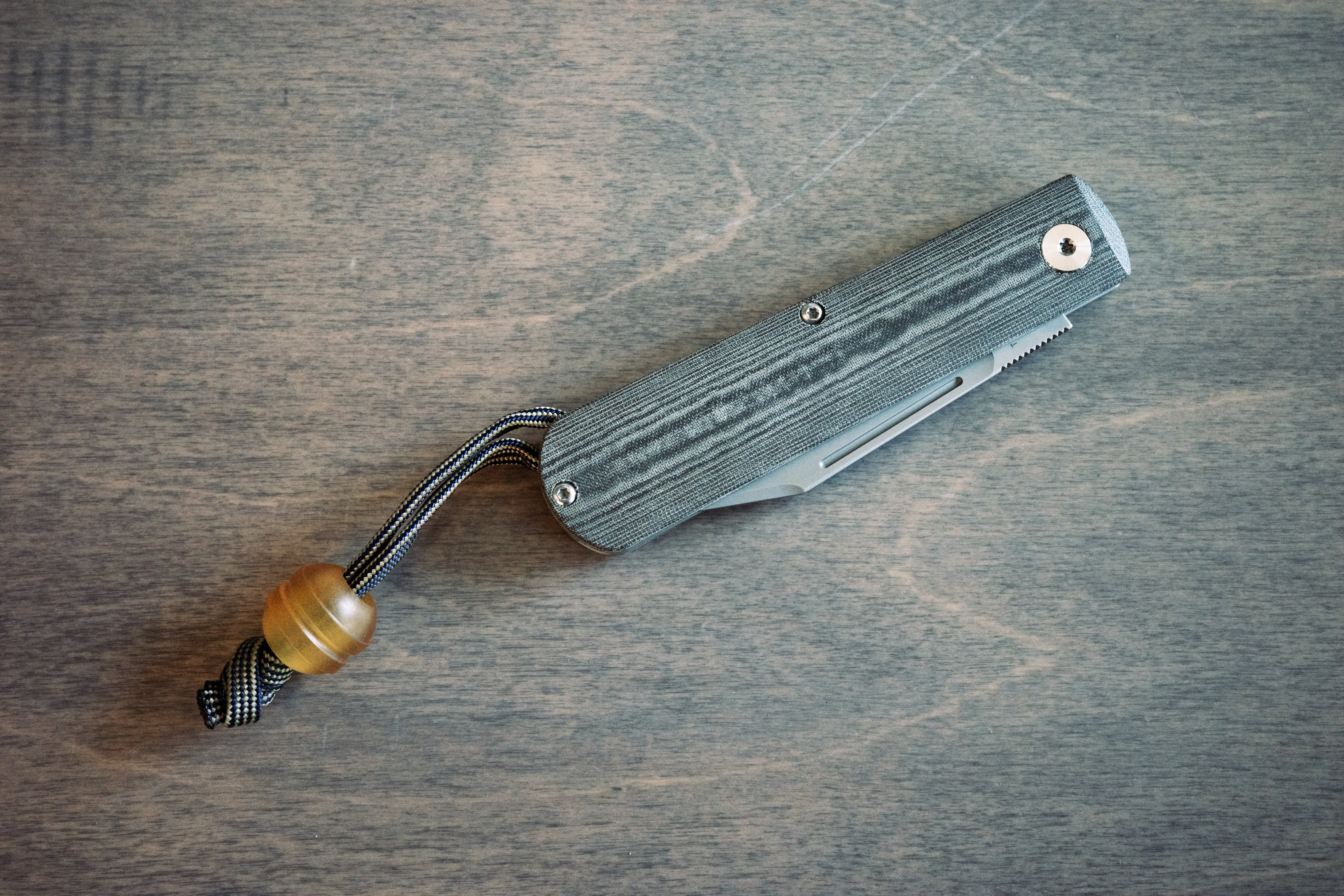 In a lot of these pictures this will look like a small knife, because in your head you probably (like me) think of slipjoint (meaning non-locking like a Swiss Army Knife) as being a small knife. That’s not really the case here as it is nearly 4” long when closed, and houses a 3” blade — for the overall length at 6.93”. It’s a solidly sized knife. 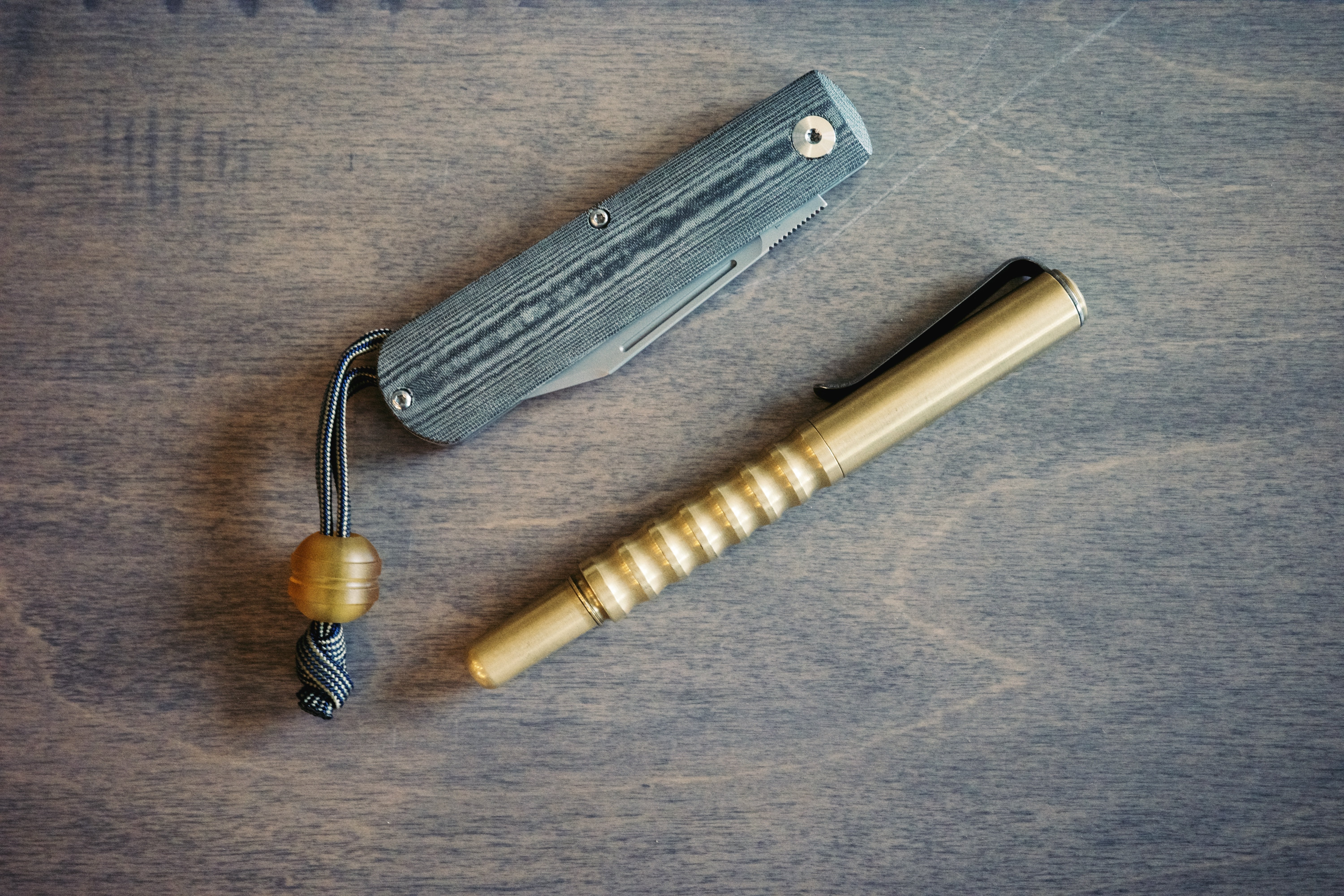 For this configuration it comes in at 2.7oz. One of the traits of the ‘SPD’ is the Kraken Trident logo on the blade, and the Linen Micarta scales on the knife. Everything else is Titanium with 316 stainless hardware throughout. 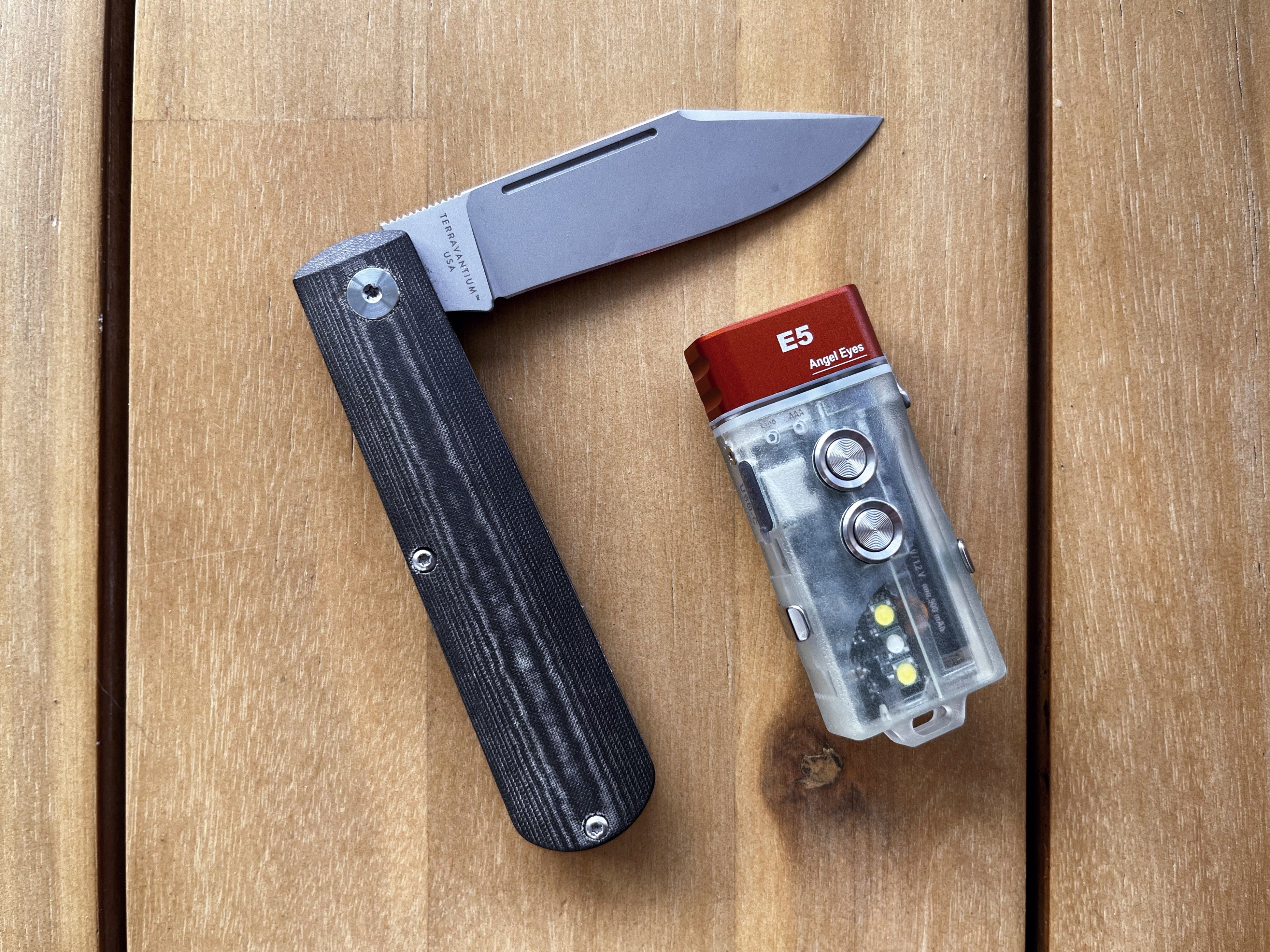 I’ll pause here to let you know that the fit and finish on the knife is stellar. It’s really well crafted and the matte finishing on the liners and the blade is amazing. It feels, looks, and behaves perfectly. I don’t assign numerical scores for things on this site because that’s silly, so all I can say is that this is a knife I really enjoy looking at and holding. Really well done. 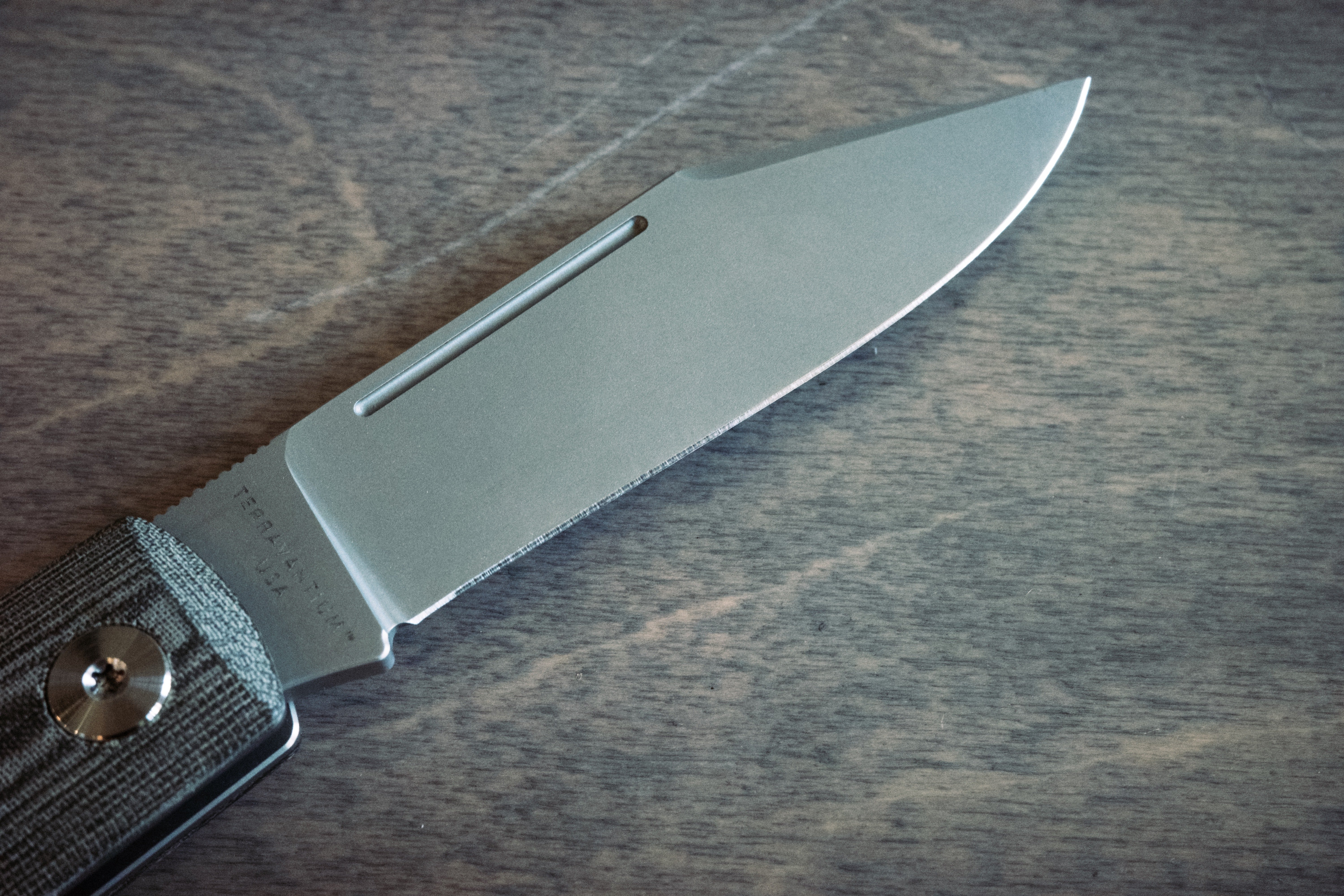 Let’s talk about that steel though. It’s not really a new idea, but kind of. It’s, again, not steel — this is a Dendritic Cobalt Blade. Specifically ‘Terravantium’ which is specific variant that Terrain 365 uses in many of their knives. I’ll allow them to explain the difference:

One of the distinct properties of Terravantium™ is that we do not roll out our investment cast bar stock or blades, which would separate the dendritic crystalline carbide lattice from the cobalt matrix. Terravantium’s microscopic carbide crystals retain their original dendritic structure locked within the cobalt, resulting in longer lasting (edge holding) and superior cutting performance.

You totally get it now, right? Yeah, I really don’t get it either. Instead let’s just talk about why you would want this over a normal steel.

Look, this is not a good blade material. I’m just going to come right out and say it. It’s not good. There are likely uses it is good for, but as an EDC pocket knife material, hard pass. I’ve been screwing about with this knife for quite a while, and it’s never felt sharp. Not once. It’s also never felt dull, but NEVER SHARP. 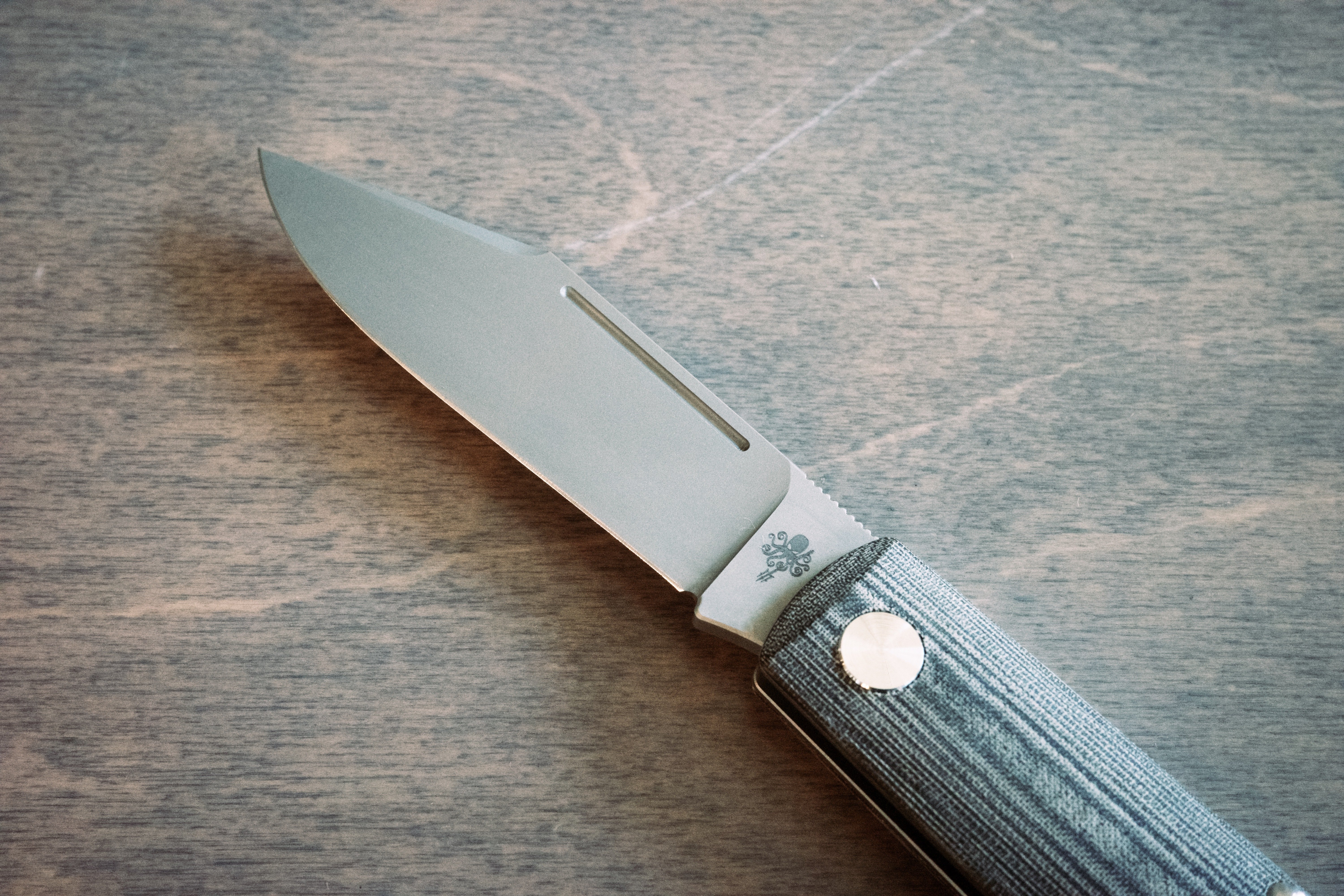 A primary trait I never thought I would have to say, that I now will say as a requirement in a knife, is that the knife feels sharp.

You can sharpen these, but it’s not like sharpening other knives. You can strop them, but — you guessed it — it’s not like other knives. There was simply never a time when I got the edge to even remotely feel razor sharp. Even right off the strop, it only ever felt sharp-adjacent.

Ok, so what is it like to use a knife which is never dull, but never really sharp feeling: frustrating. Because the handle is amazing. The detent is really nice. The blade finish gets marks in it, which wipe away cleanly with water like magic. I never had much of any tape residue stick on it. I never had issues with anything. 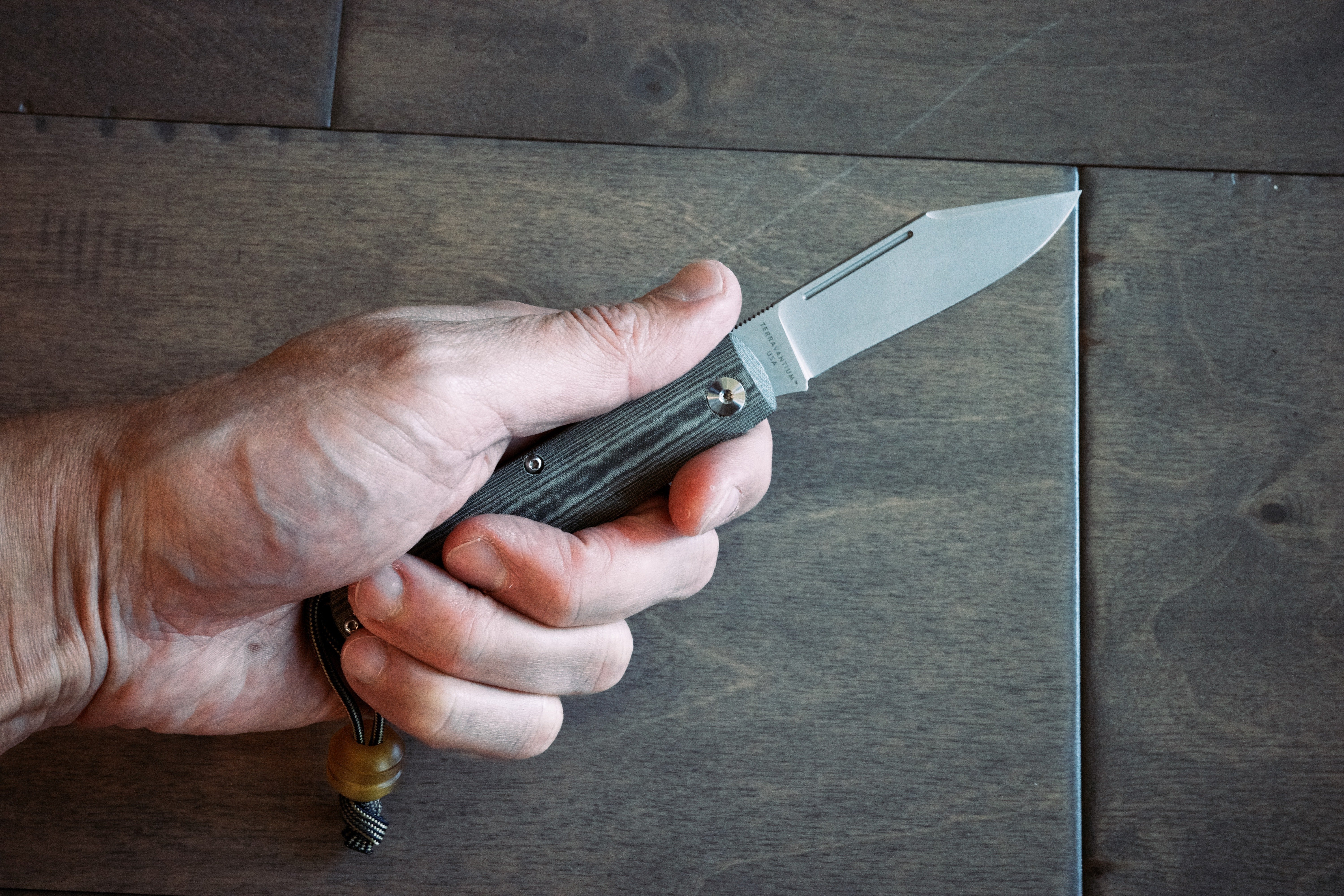 It carries very well (no pocket clip, lanyard is helpful).

But cutting with it is weird. Slicing a cardboard box to break it down, it moves through reasonably well — like S30V after 20 cuts — and it keeps going never losing that edge. Weird. Go to cut off some of that weird paper tape Amazon uses, it’s like it can’t do it. It will, but the force required is too great. Go cut food with it, beautifully slices fruit. Try to cut a bit of paracord: nope, get ready to saw. 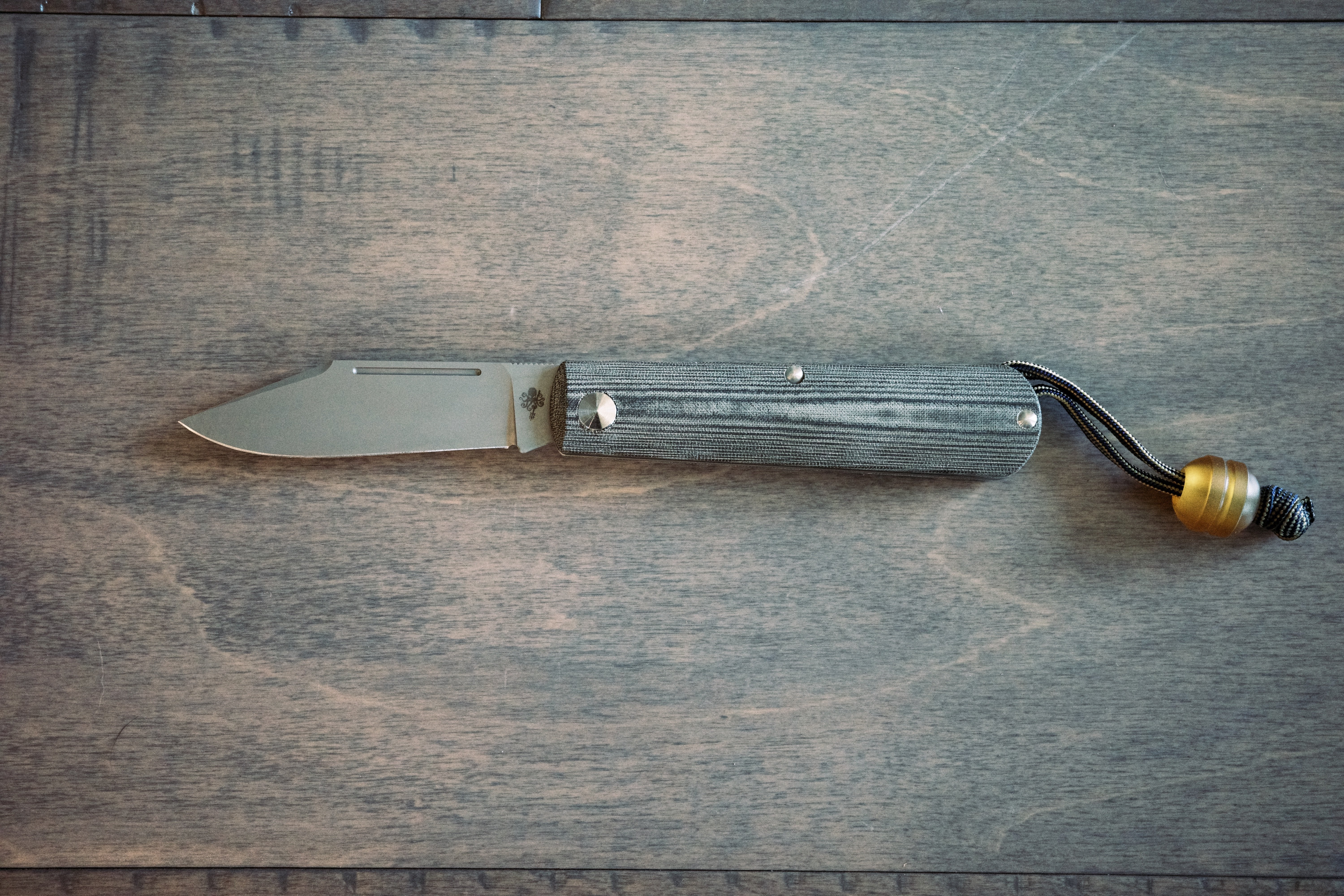 It’s like if you are not making a true slicing motion, and drawing the blade across something, then it doesn’t want to cut. This is not at all how I use a knife, nor how I want to use a knife. 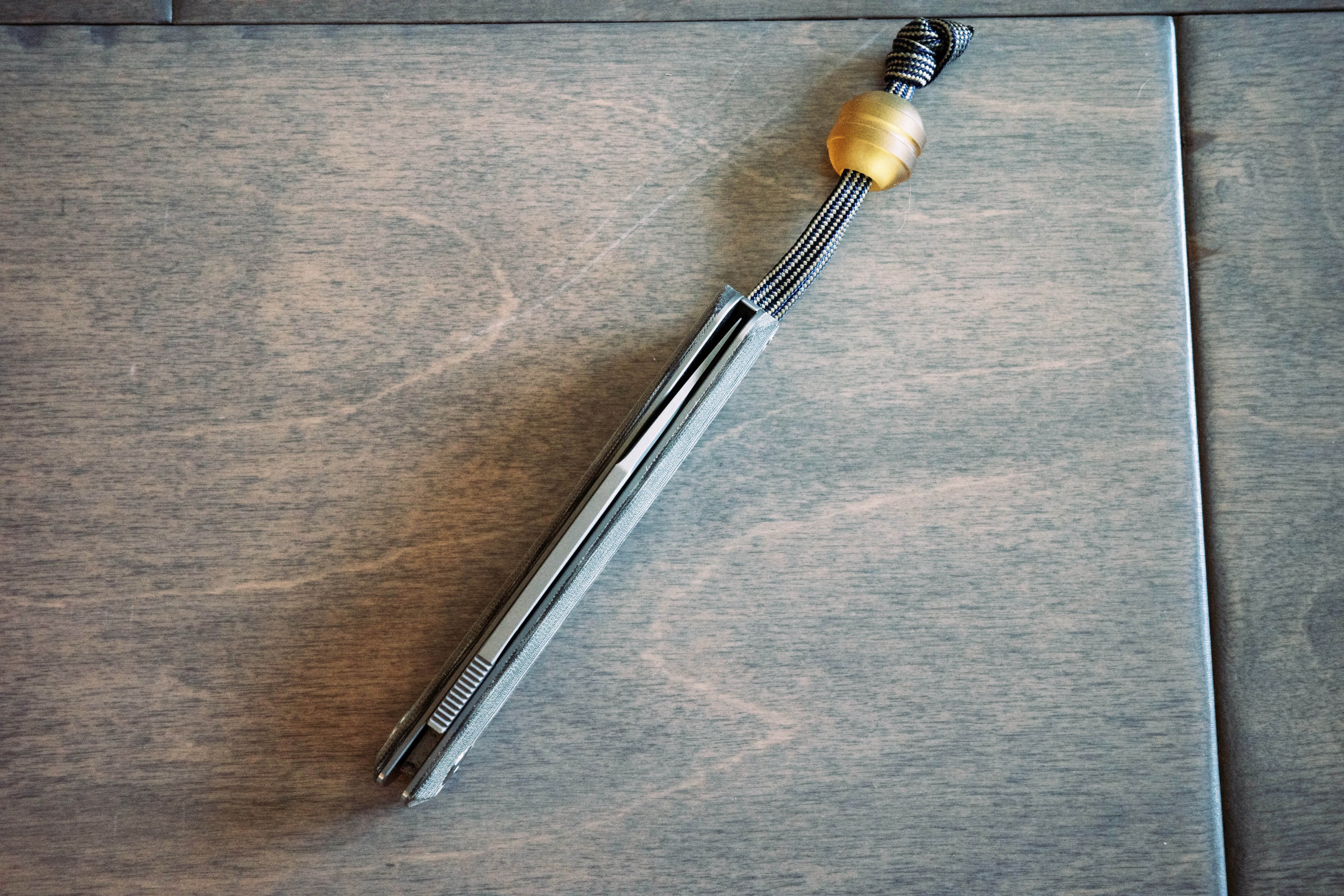 So every part of carrying, handling, deploying, and trusting it will stay deployed is perfect. But when you use it as an edged tool, it’s an excercise in frustration. The fit and finish is amazing. The top feature, the blade material, I loathe it.

Get one at your own risk, it’s certainly not for me, but many others seem to not have this issue with the knife.