A charming little light stick that is a lot of fun, if a little hard to find a reason to own it.

This is the time of the year when flames are oddly comforting. It’s cold, it’s dark, and all I want to do is relax. But when you nail 1000 lumens on your perfectly daylight balanced flashlight against the ceiling — it can take you out of the mood.

Enter the Barebones Living Edison Light Stick, a silly little light gadget that is worth every penny and is a real gem. It’s an odd little thing, so let’s dive in… 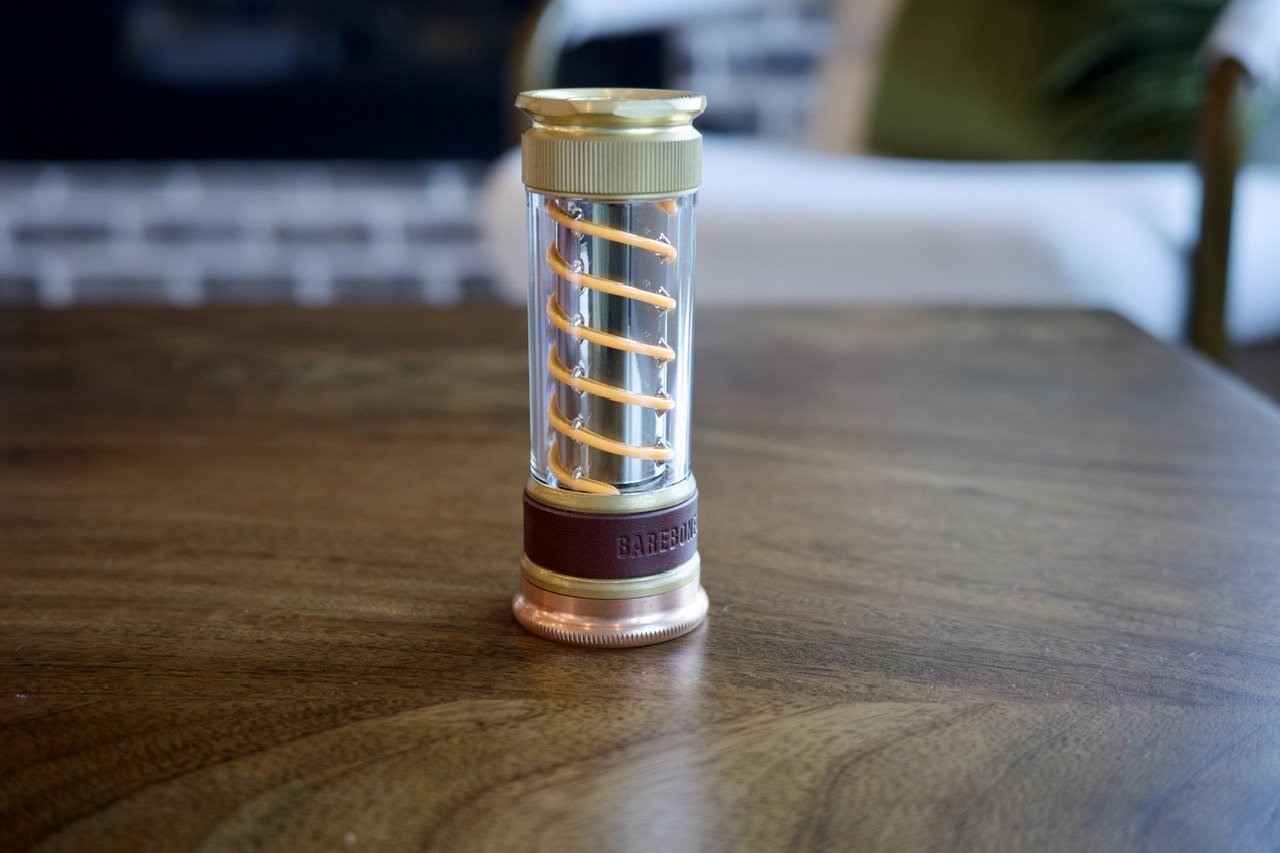 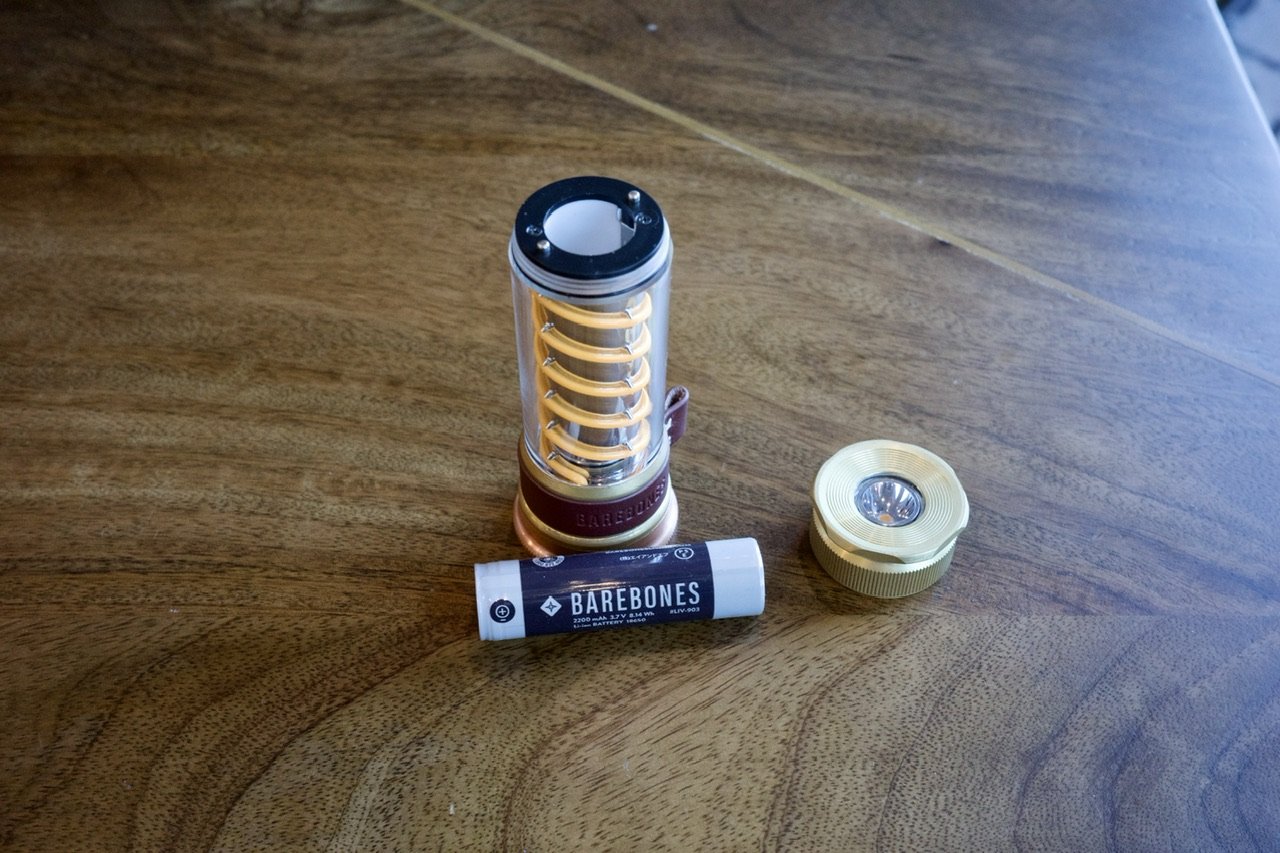 This is effectively two lights in one: it has an LED ‘Edison’ style coil wrapping around the inner core and covered with an acrylic lens, but it also has a standard LED emitter at the top of the light. What these emitters are is anyone’s guess, but Barebones states the color temperature as 2000k – 2400k, where a flame is close to 1800k (for reference). This is an extremely warm tinted light and it’s fantastic. 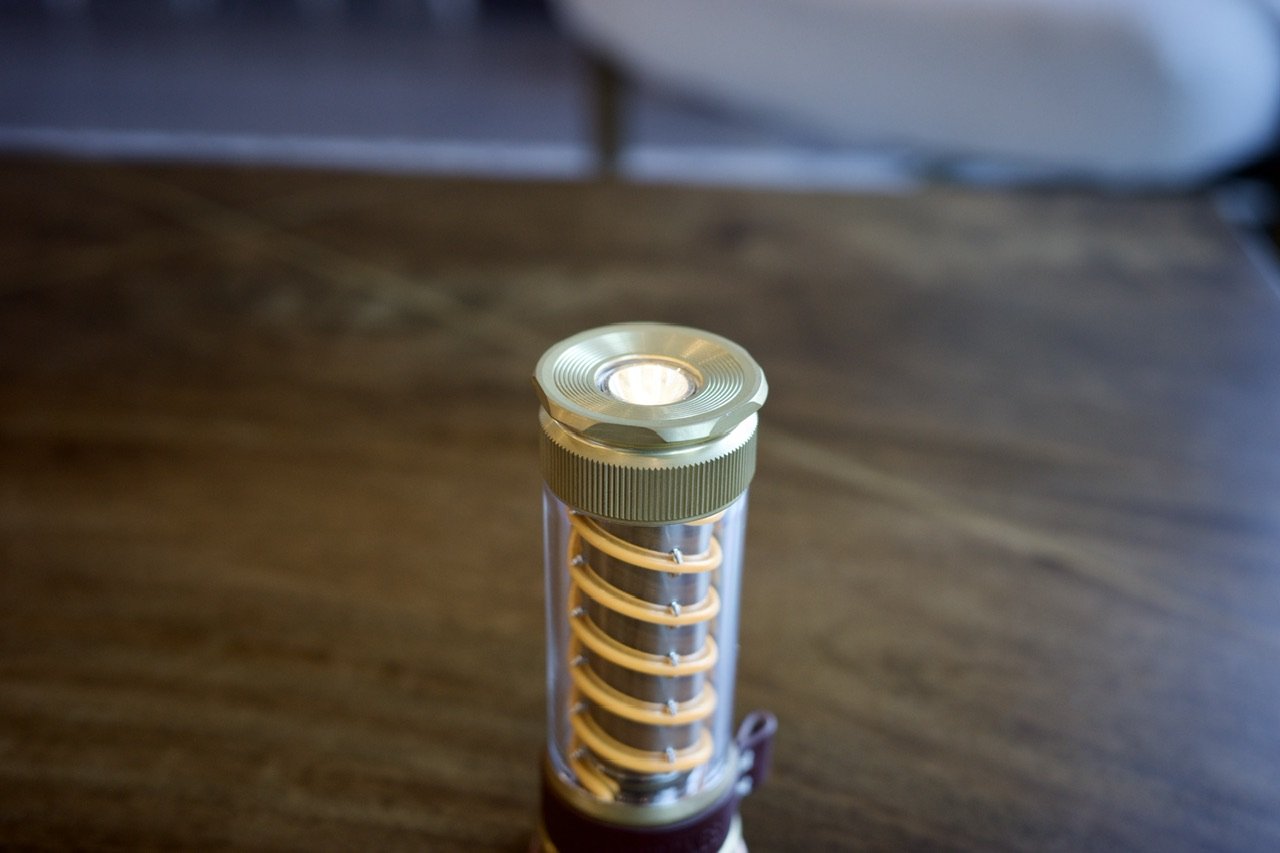 It’s powered by an 18650 style battery with 2200mAh of capacity. It does not appear you can swap this with a standard 18650, but the light itself recharges everything via a USB-C port. 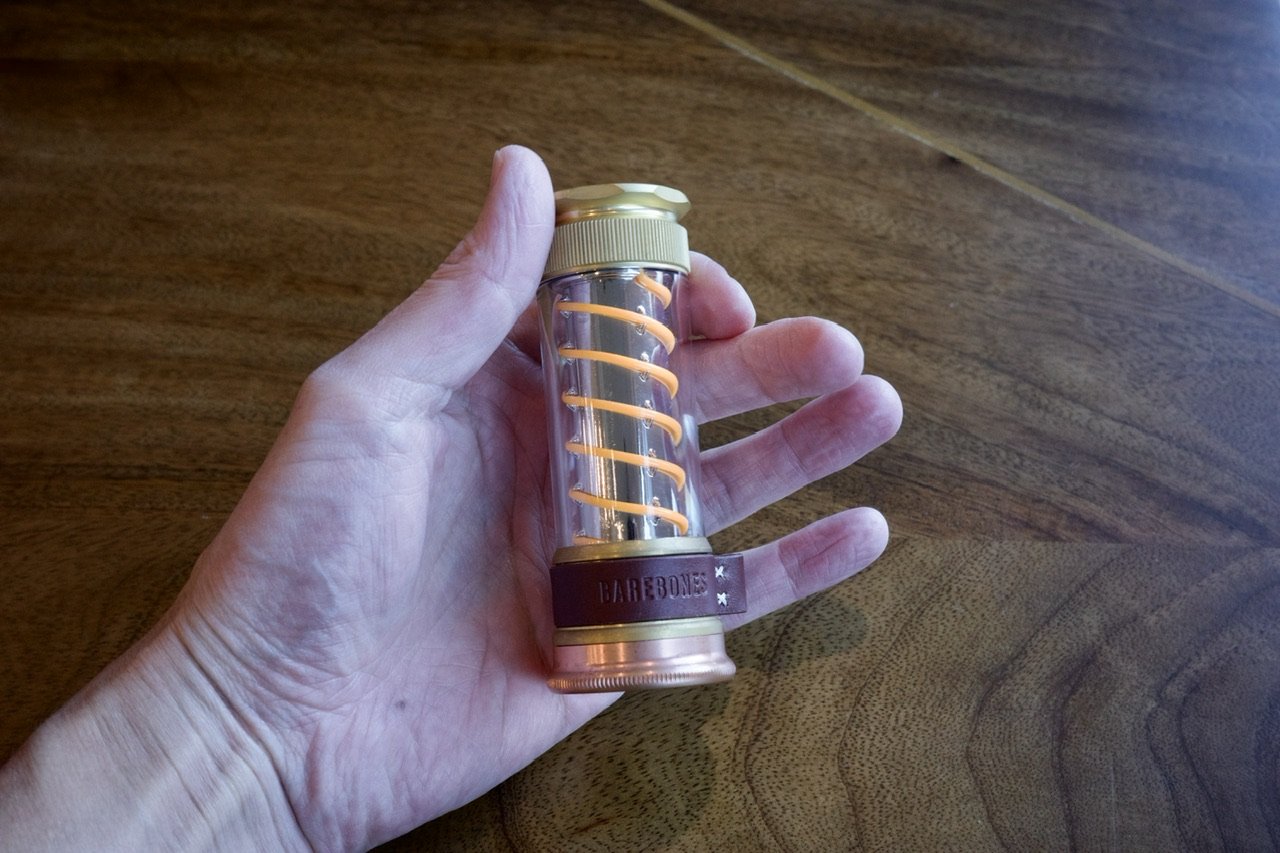 This light is brass and copper, with random other materials in a package which is 4.25″ x 1.75″ x 1.75″. Because of the brass and copper though, it weighs 0.50 lbs. This is actually a nice weight, but when something is this heavy and small you expect it to feel indestructible, and it does, except the acrylic lens, which feels too thin and a little cheap. I wouldn’t want glass, but making that lens about 20% thicker would be ideal. 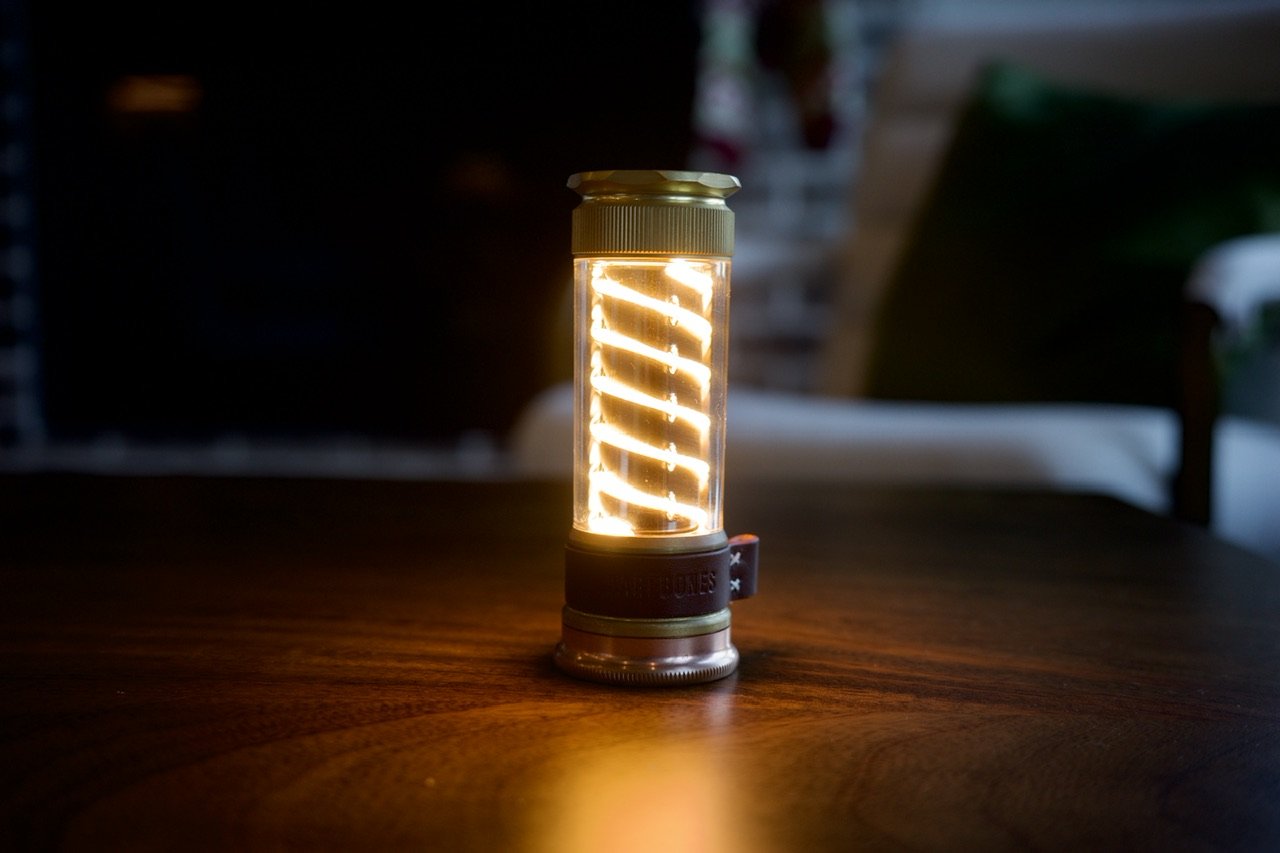 Using the light is easy: you simply twist the copper base, and there’s a satisfying soft click as you toggle through the modes. There’s a hidden mode which does a dimming effect with the light to try and mimic a flame — it’s fine, but not great. 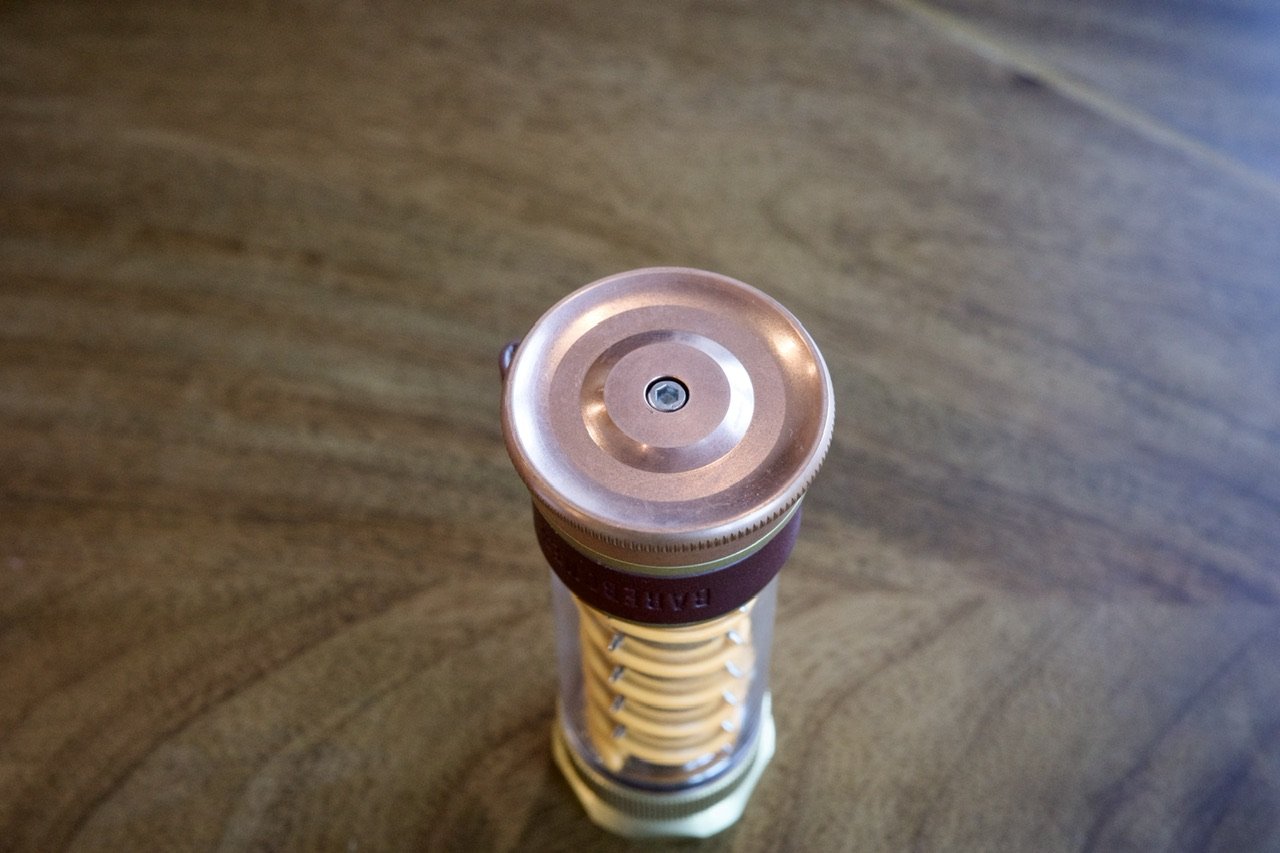 I’ve found the light output to be nice, and overall the aesthetic of the entire thing to be excellent. I have no idea what I’ll use it for beyond this, but it is fun when I do use it. 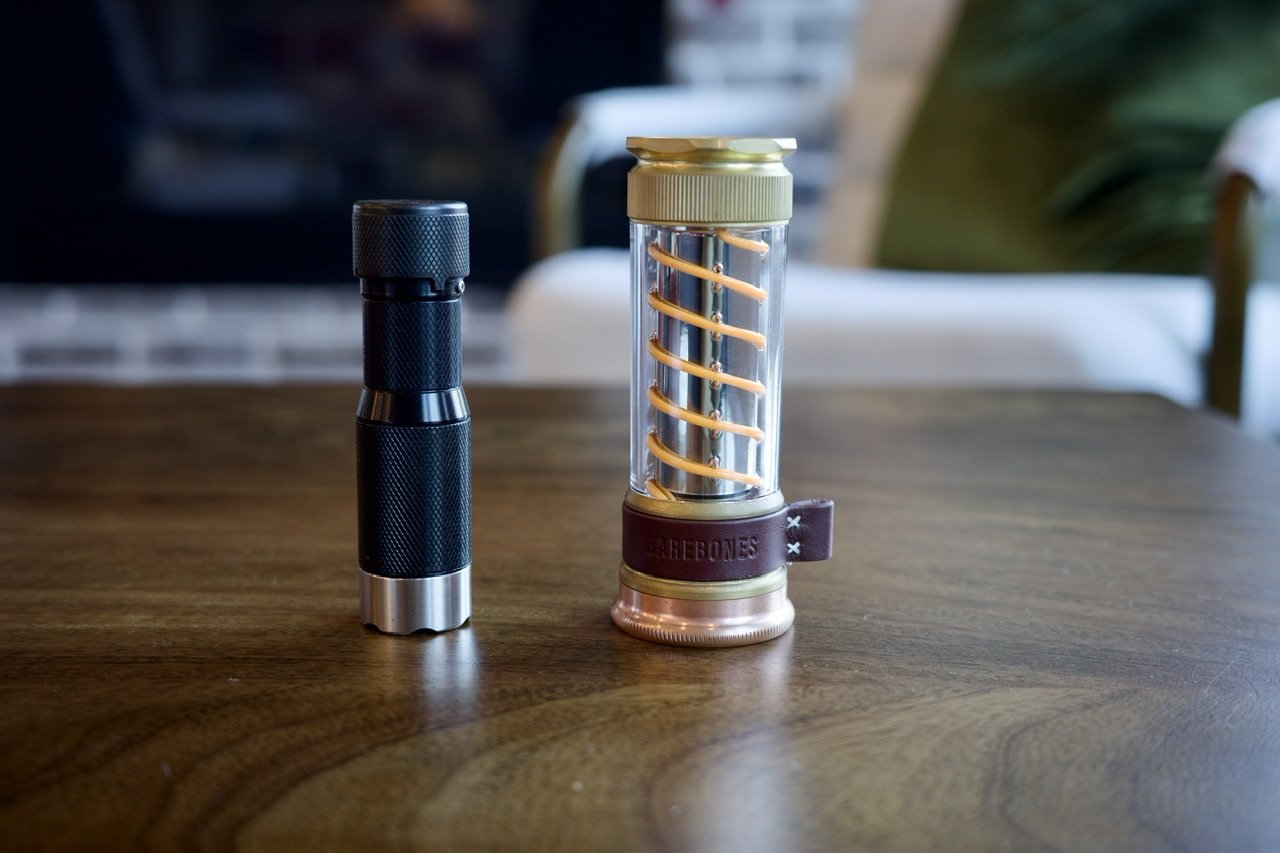 There’s a mountains worth of better lights to buy for the $75 price tag of this one. But almost none of them evoke the level of charm that this little light has. Calling this a lantern would be disingenuous, but calling it a light stick is spot on.