This might be my current favorite EDC backpack on the market, and I really thought it was going to suck.

Oh man, this bag. So much drama for a single backpack. Here’s the deal: I really don’t like buying these collaboration bags that Carryology does, as I think they are full of hype and rarely better than whatever bag they replace. Add to that the arrogance of Taylor Weldon over at Carryology — and it becomes very unpalatable. The issue on the Mystery Ranch collaborations, though, is they they often bring back designs you cannot easily buy anywhere else. Rock and a hard place there for me.

So I bought this bag. Actually, I bought two of these bags. And I kind of fucking like them. Damn. 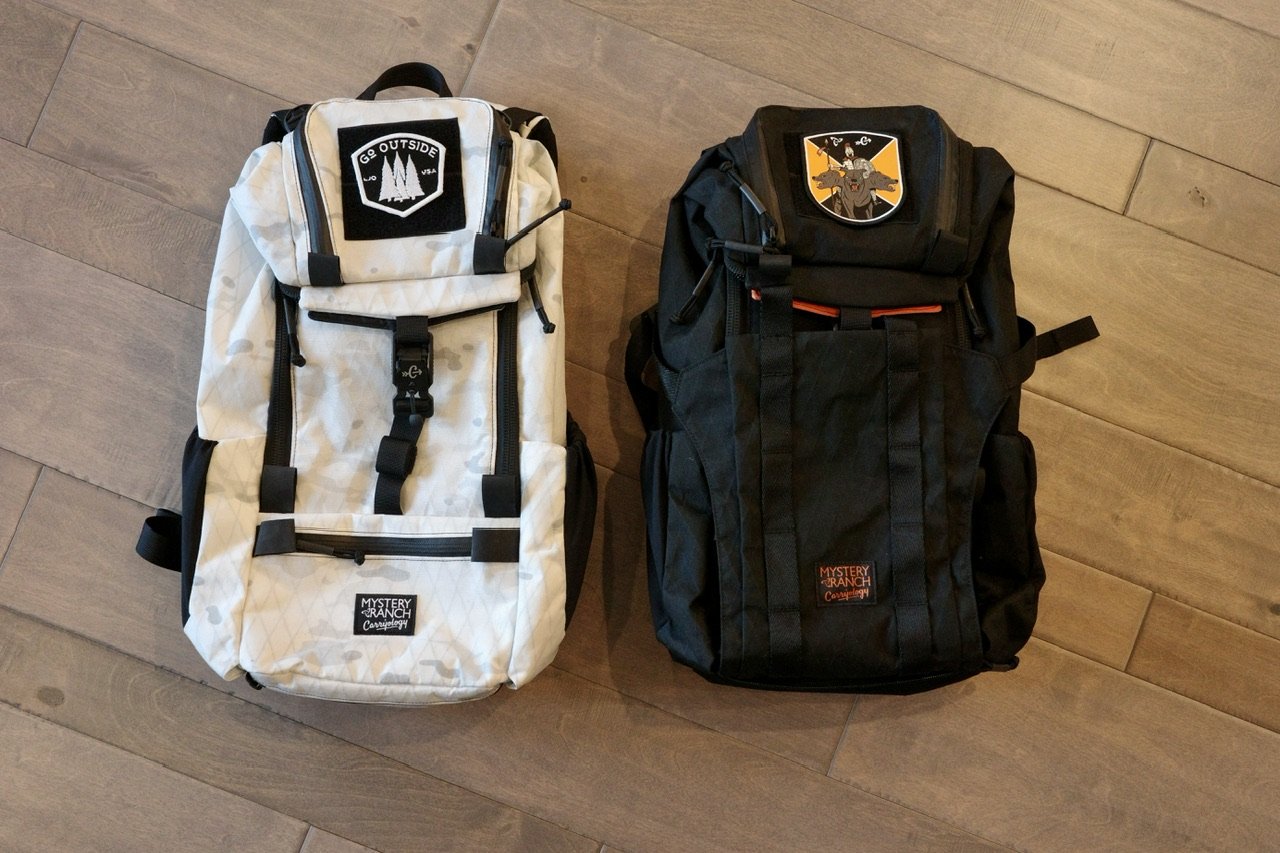 So there is drama online about this bag. The drama is that the dial hydration ports have issues. Some bags have been received in a manner which these ports are gaping holes at the top corners of the bag. And because of a poor design choice, when this happens the hole in the port is facing skyward — welcoming the rain with open arms. 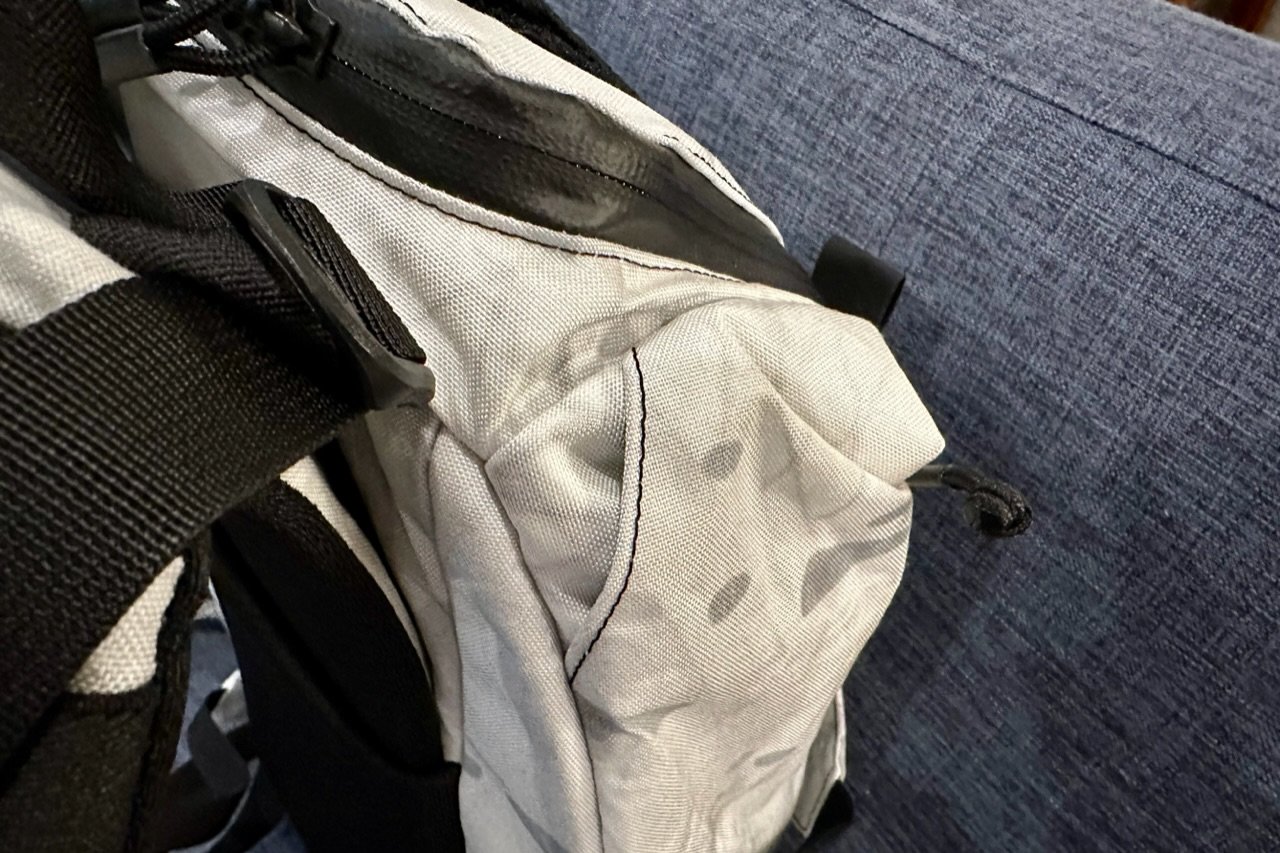 Initially, people thought this was a quality control flaw, but Mystery Ranch and Carryology (especially Carryology) have doubled down that they are shipped as designed. My first Spartan, the Multicam Alpine bag didn’t have any major issues and the ports stayed closed pretty well. I’ve left it sit in the rain, and worn it some in the rain (there hasn’t been much) and there’s been no water in my bag (confirmed by readers!). I am just as shocked as everyone else on this. 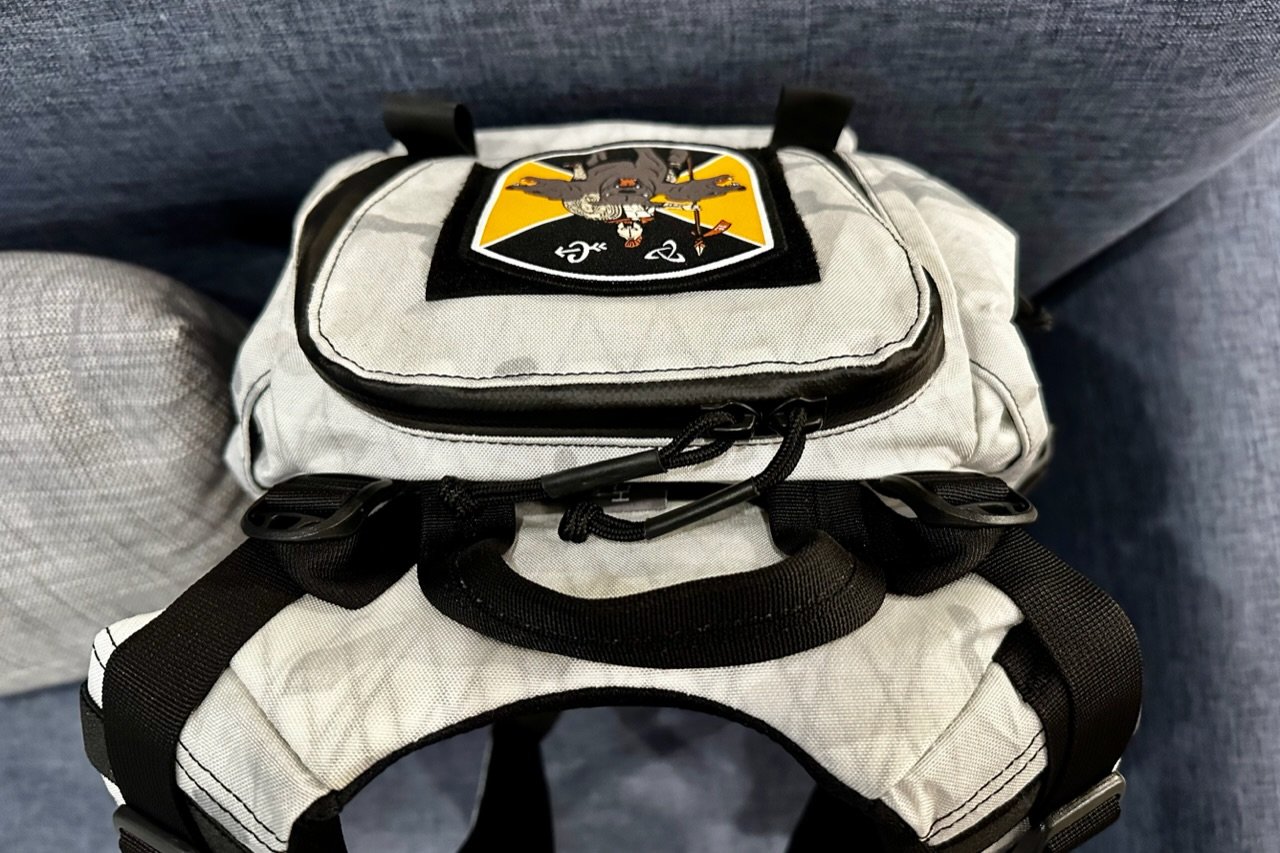 The ports on my black model I picked up second hand, are not as great. I’ve yet to be able to real world test that. That said, my verdict on this drama is:

Let’s move on, because aside from that, this bag is pretty fucking great. 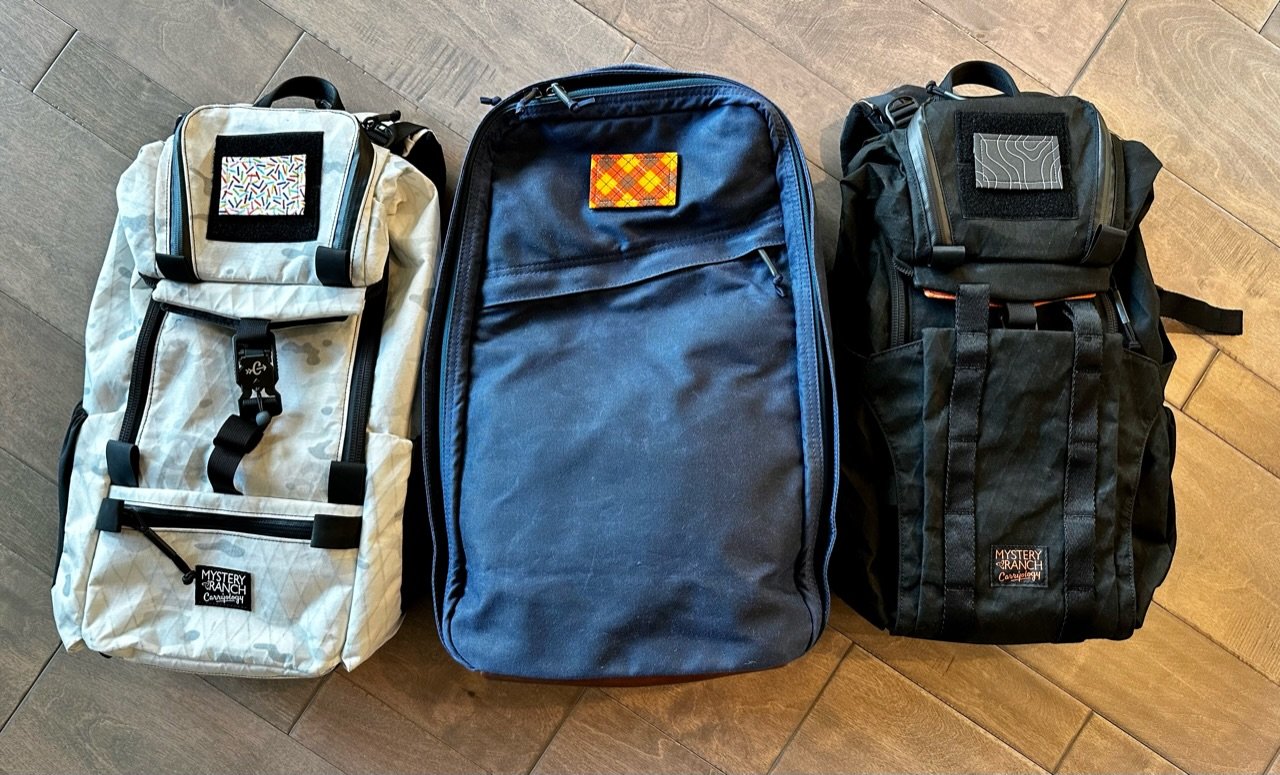 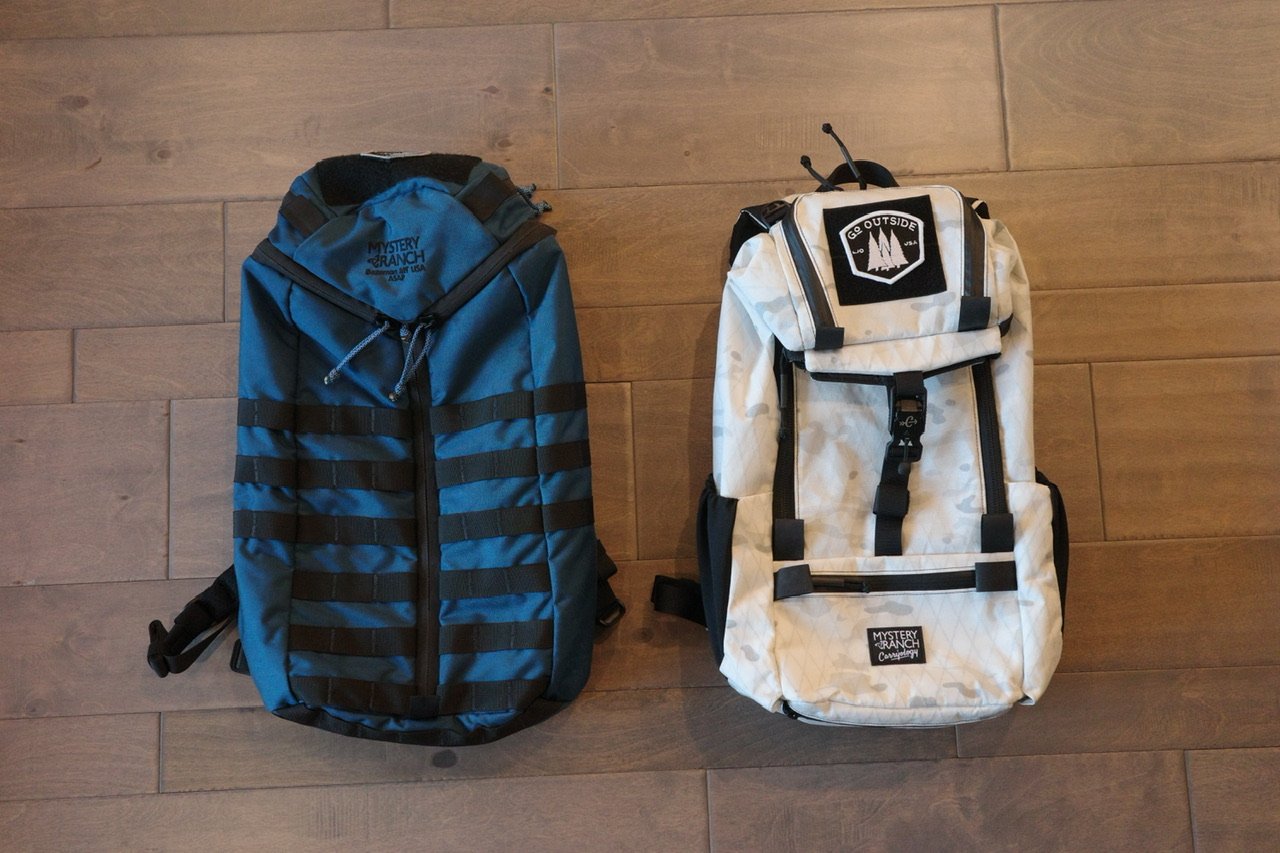 The bag is made from VX50 500D, which I am on the record as saying is not a good backpack material. It’s fine, it looks fine, but there’s no point — 500D is almost always better. 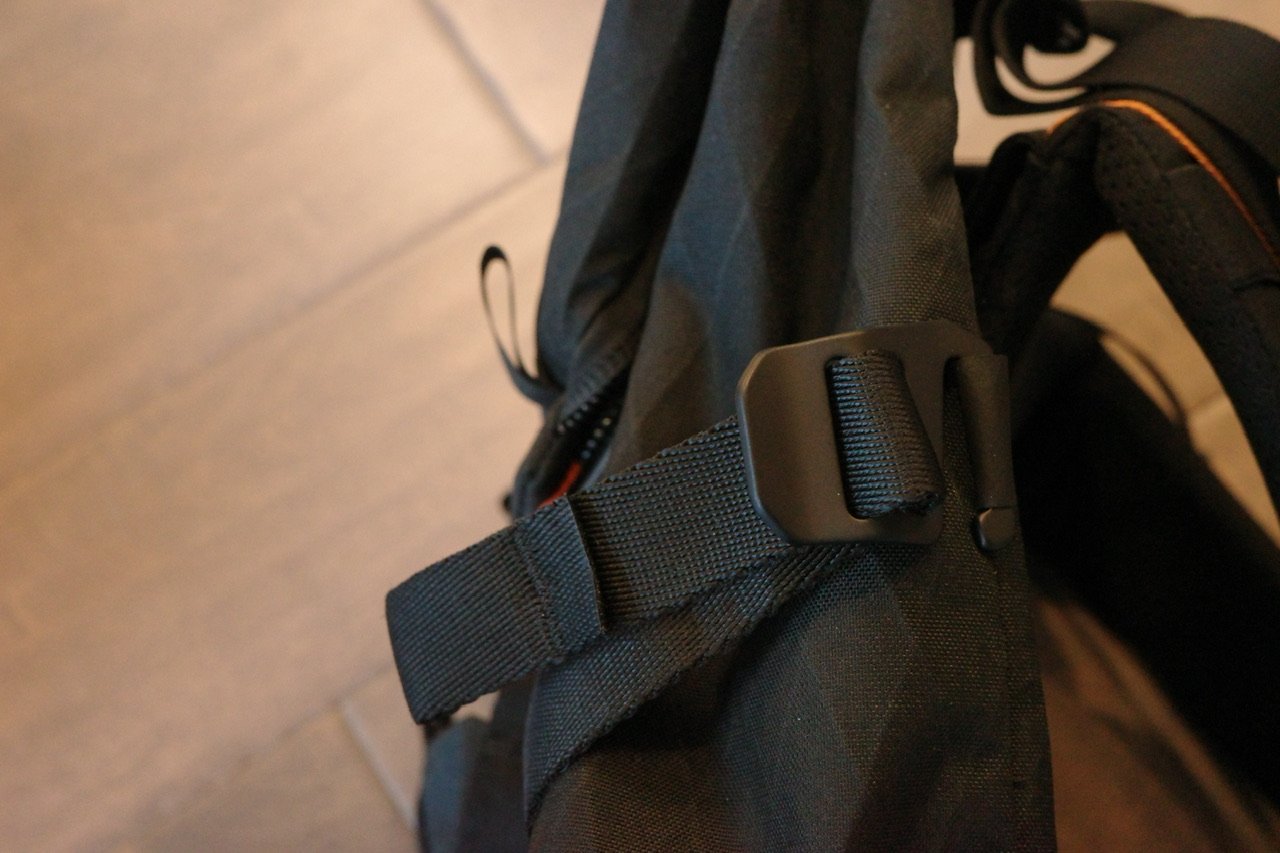 But there’s three material choices I like even less than the XPac: the Fidlock buckles; soft polyester webbing on the beaver tail, and the hypalon loops for the beaver tail g-hooks. I want to explain why:

It’s a wash on the materials for me, could be so much better if it wasn’t used as a platform for overhyped materials. But, those dimensions are spot on — great stuff there. 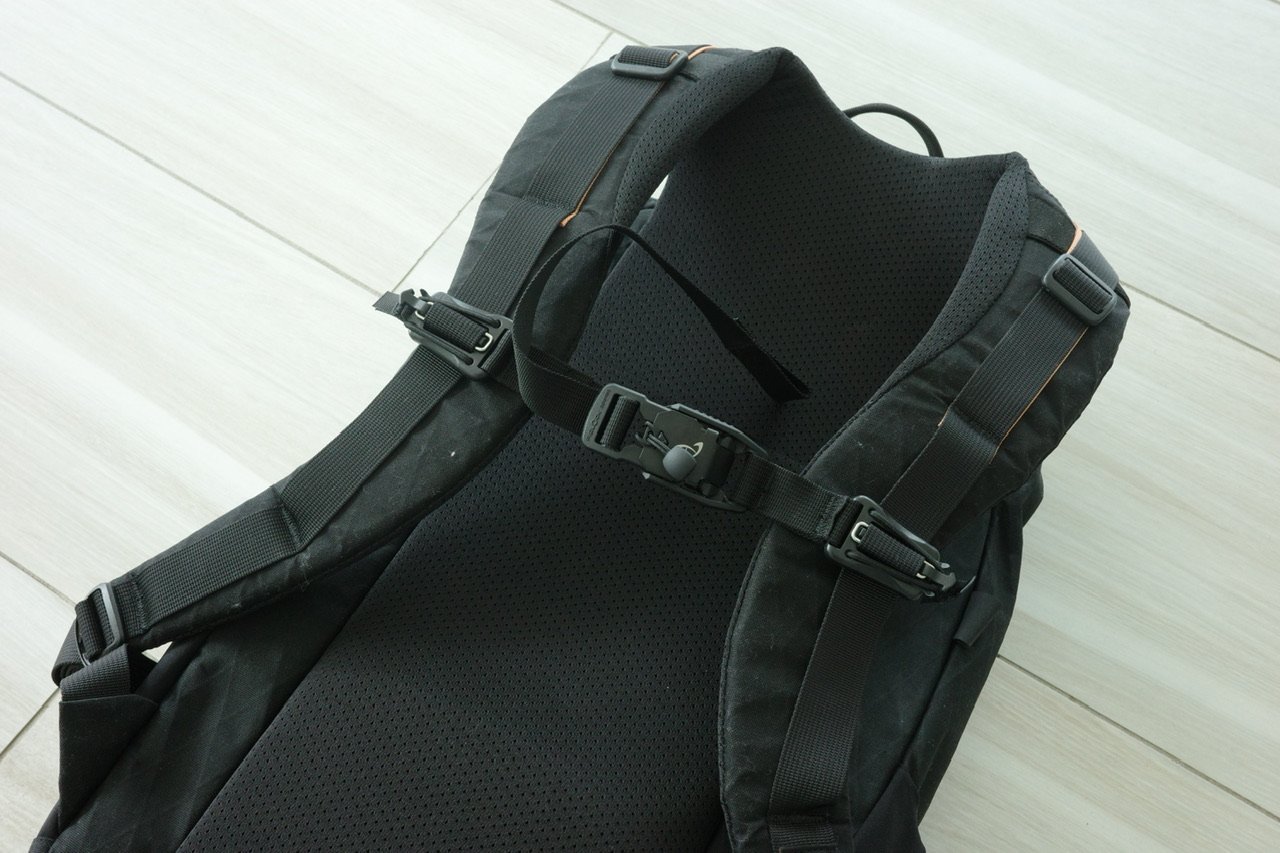 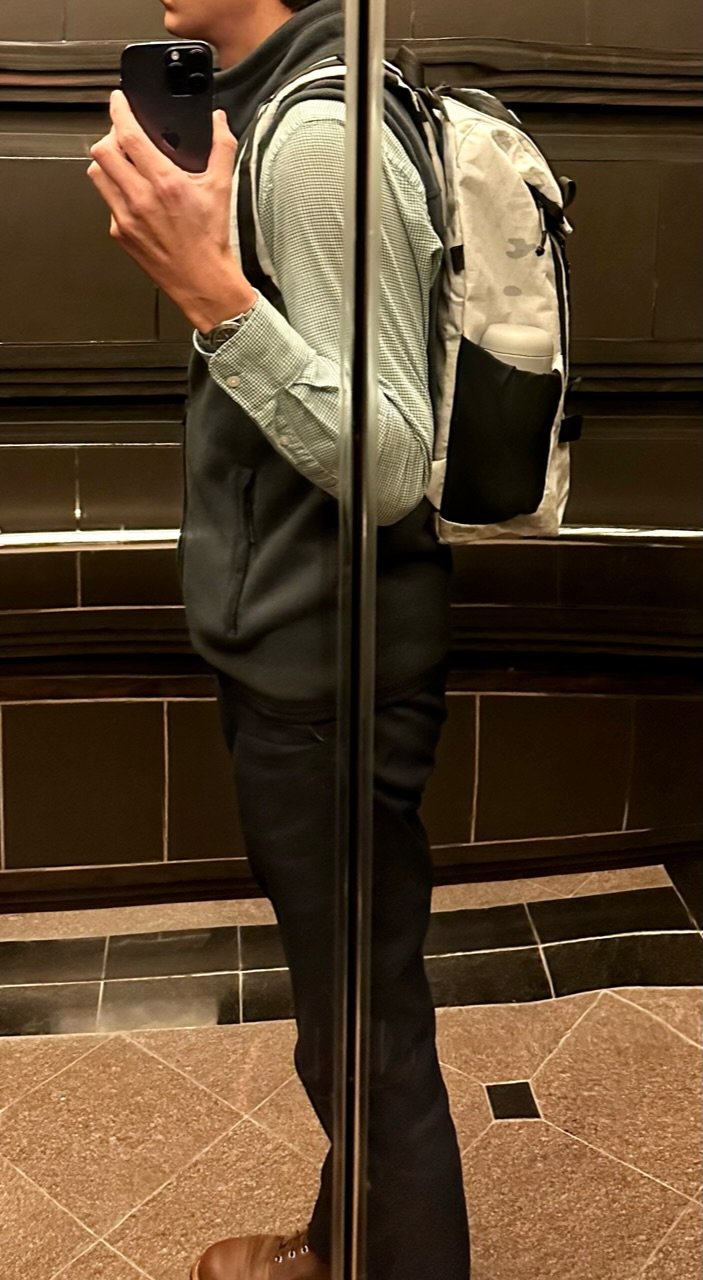 Using this bag is mostly great. It’s going to be very hit and miss for people because it is small, and it is a little quirky. For me, going to and from the office, the size is perfect. 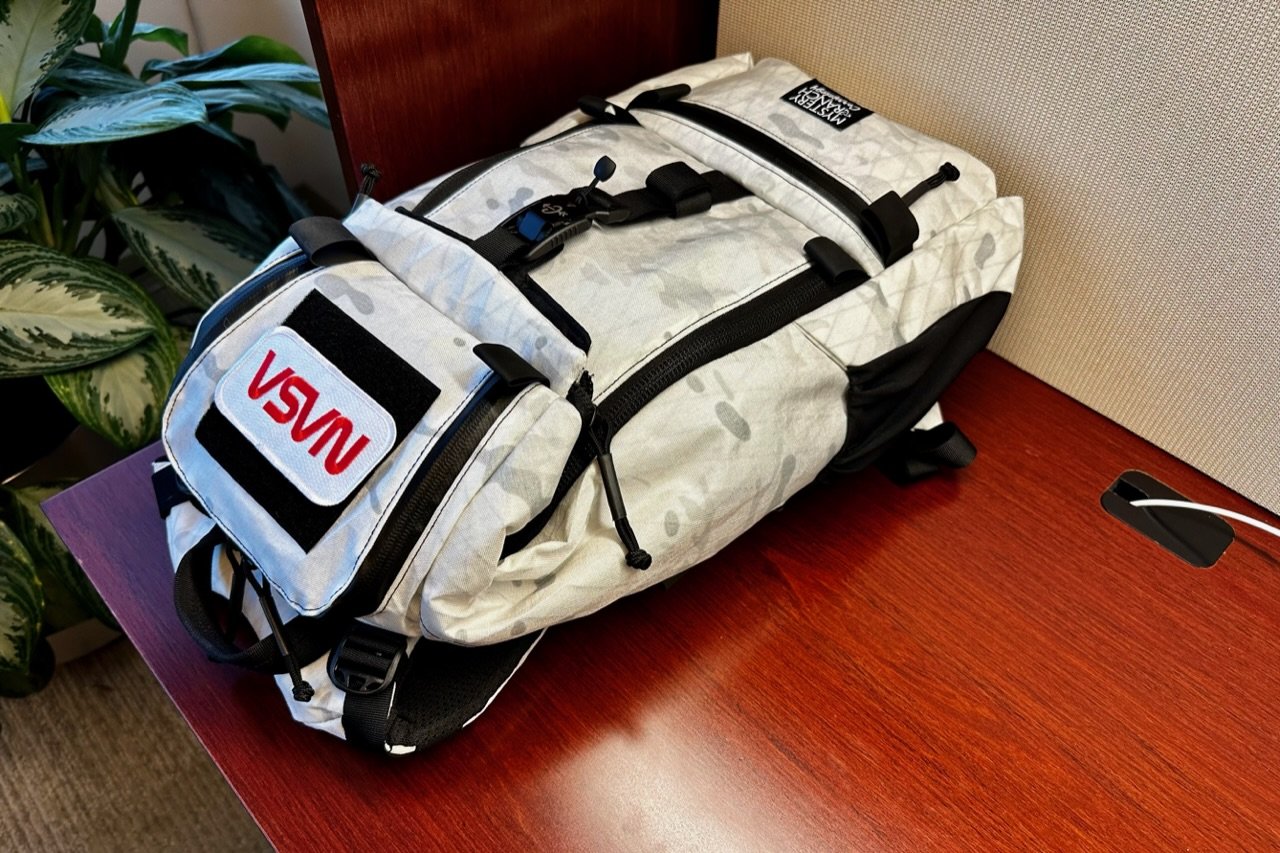 This has Mystery Ranch’s Futura Harness, and in this variant of the straps they are rather thin with a medium density foam. This works pretty well on this bag to keep the bulk down, while staying comfortable. Given the size and use of the bag, I think it’s a fair tradeoff here. 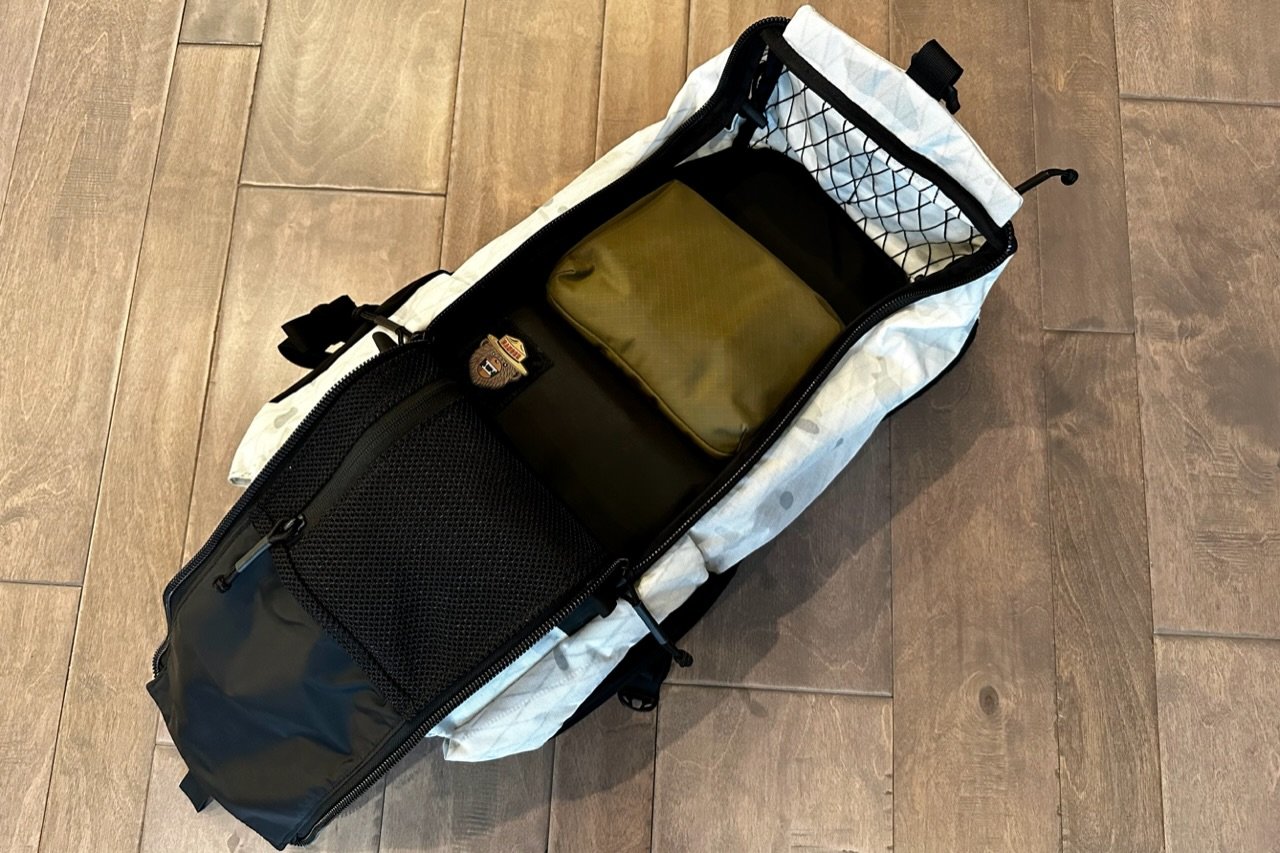 Moving to the front of the bag, the beaver tail is not great. It’s fiddly and annoying to use with the bag and makes it slow to get into the bag. I was ready to cut it off, if I am being honest here. But it folds up so neatly in the bottom pouch of the bag, and that adds some extra padding at the base — I felt it was a nice enough just in case so I left it. I don’t plan to ever want to use it, but should I need it — it’s there. If you plan on using the beaver tail a lot on this bag, you will likely find it annoying. 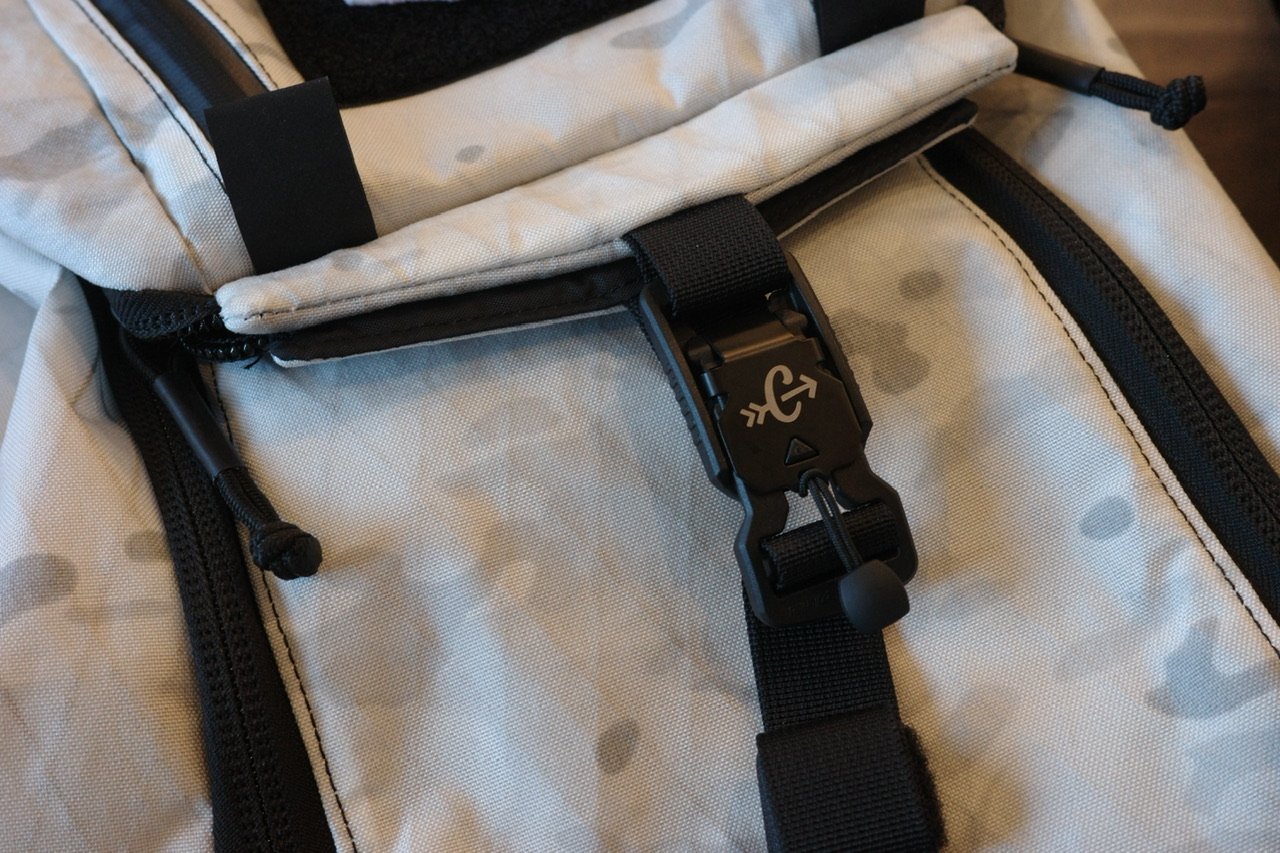 The top org pocket — one of my favorite features of Mystery Ranch bags — is a miss on the bag. It’s in an awkward spot and extremely shallow. It has two nice mesh pockets in it, but the pocket is about a half an inch short on depth from being a good pocket. As it is, my AirPods constantly drop out of the pocket just trying to get to them when I open the pocket. I think this is a tissues only pocket. 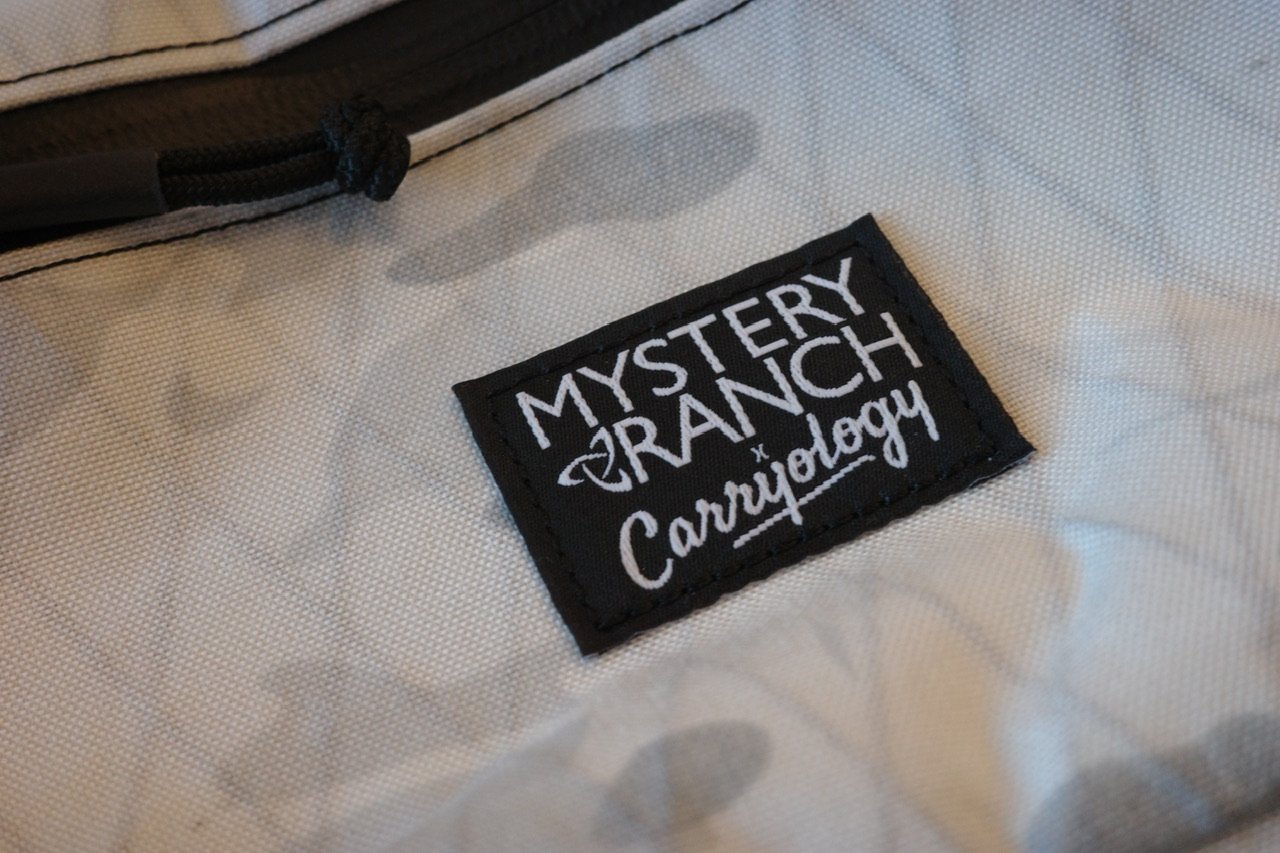 The bottom front pocket is surprisingly large though, love that pocket.

Opening the bag (assuming the beaver tail is out of the way) is pretty great. You undo the Fidlock and grab the two pulls at the top and rip it open. It works really well, and is fast. What I don’t get is why there’s magnets on this flap. The zippers will hold the bag closed fine themselves, and the magnets don’t seem to keep anything aligned here as they are not strong enough to counteract the rigidity of the Xpac. Not sure on this. 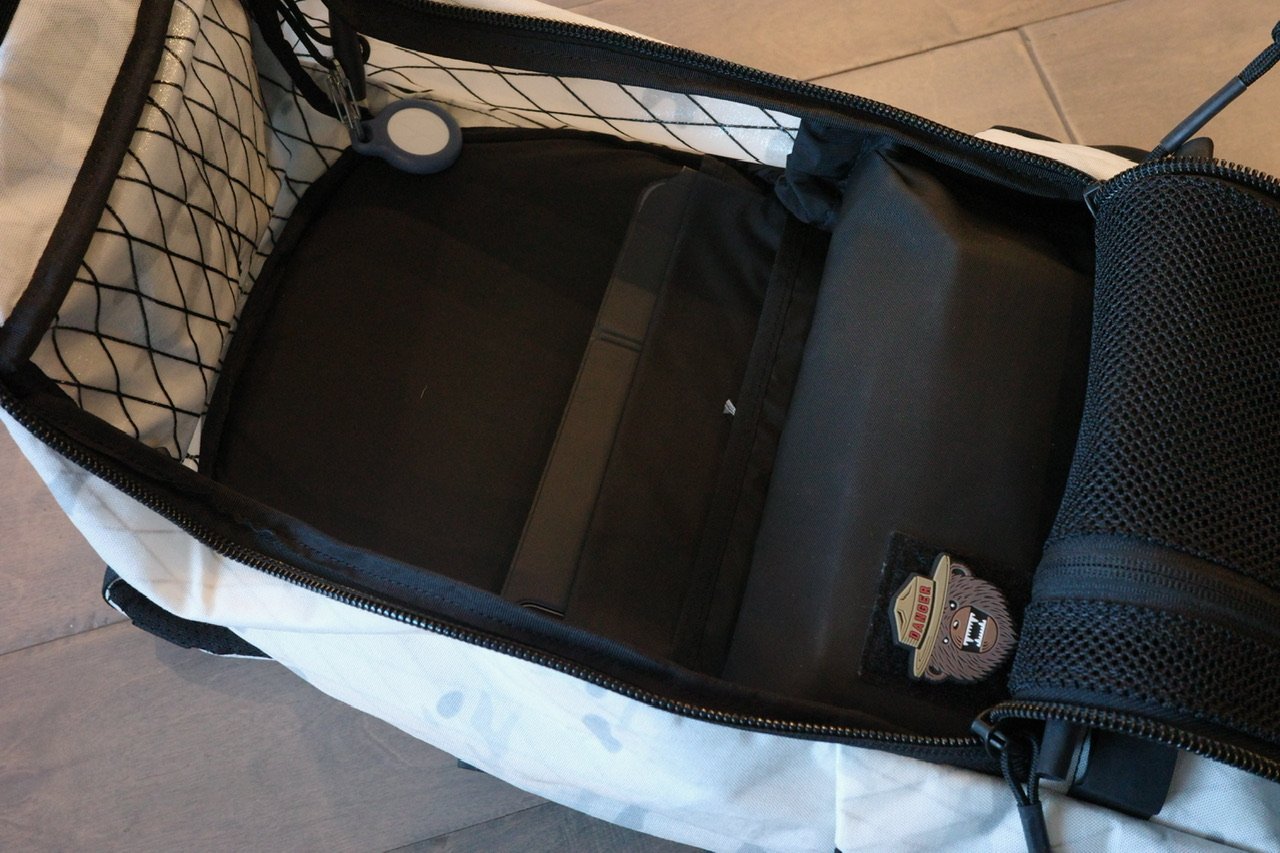 Inside the main compartment is a lot more organization than I expected. The laptop sleeve just holds both my 12.9” iPad Pros in the Magic Keyboard things, with my notebook stashed in the sleeve in front of them. There’s a few mesh pockets, including some internal water bottle pockets. Nothing in the way, and yet, more than I need. No compliants here. 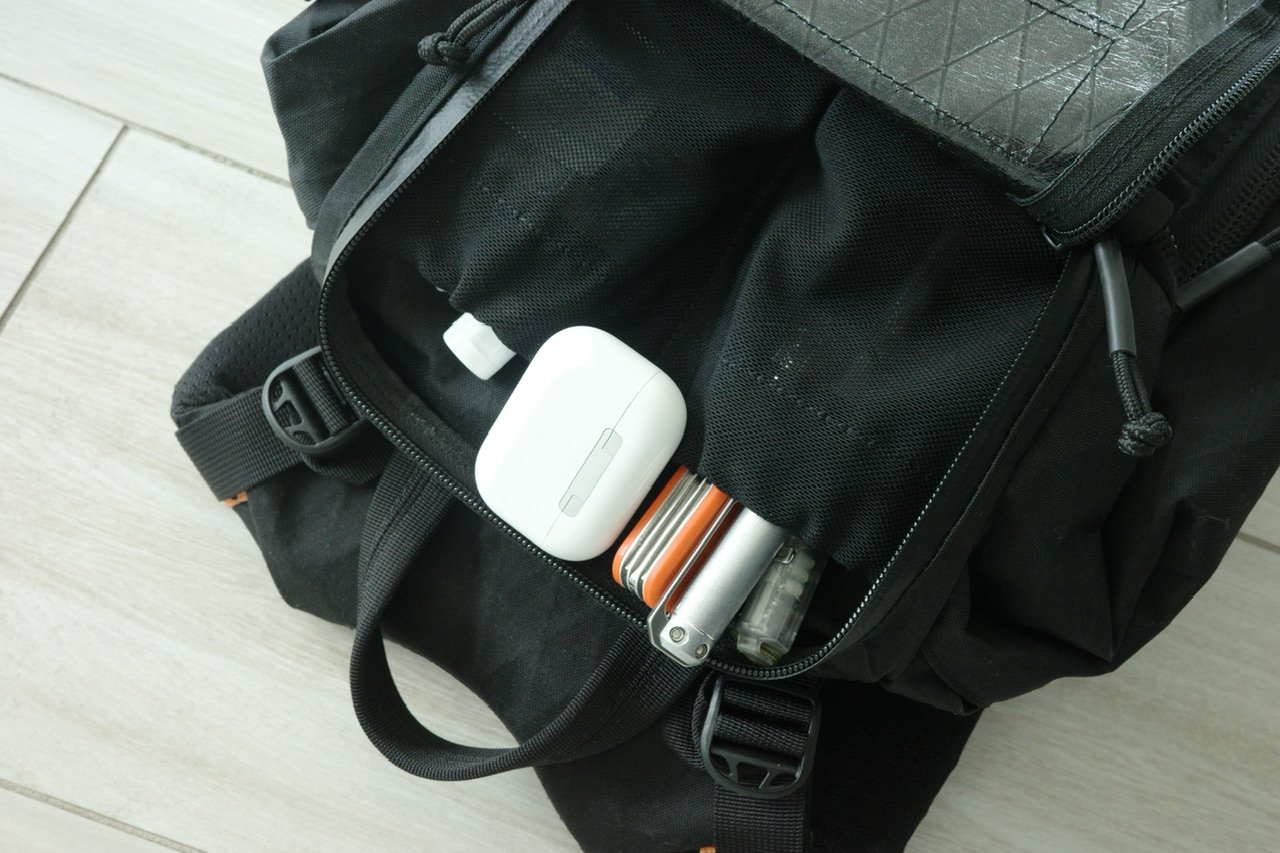 I keep going back to this bag over a lot of other bags. The laptop compartment could be a little larger, and is finicky at times but I’ve seen/used/had worse so I find it hard to complain about. If your laptop is large, it won’t be fun though. But the overall package is really well done for how I work and what I carry to the office. 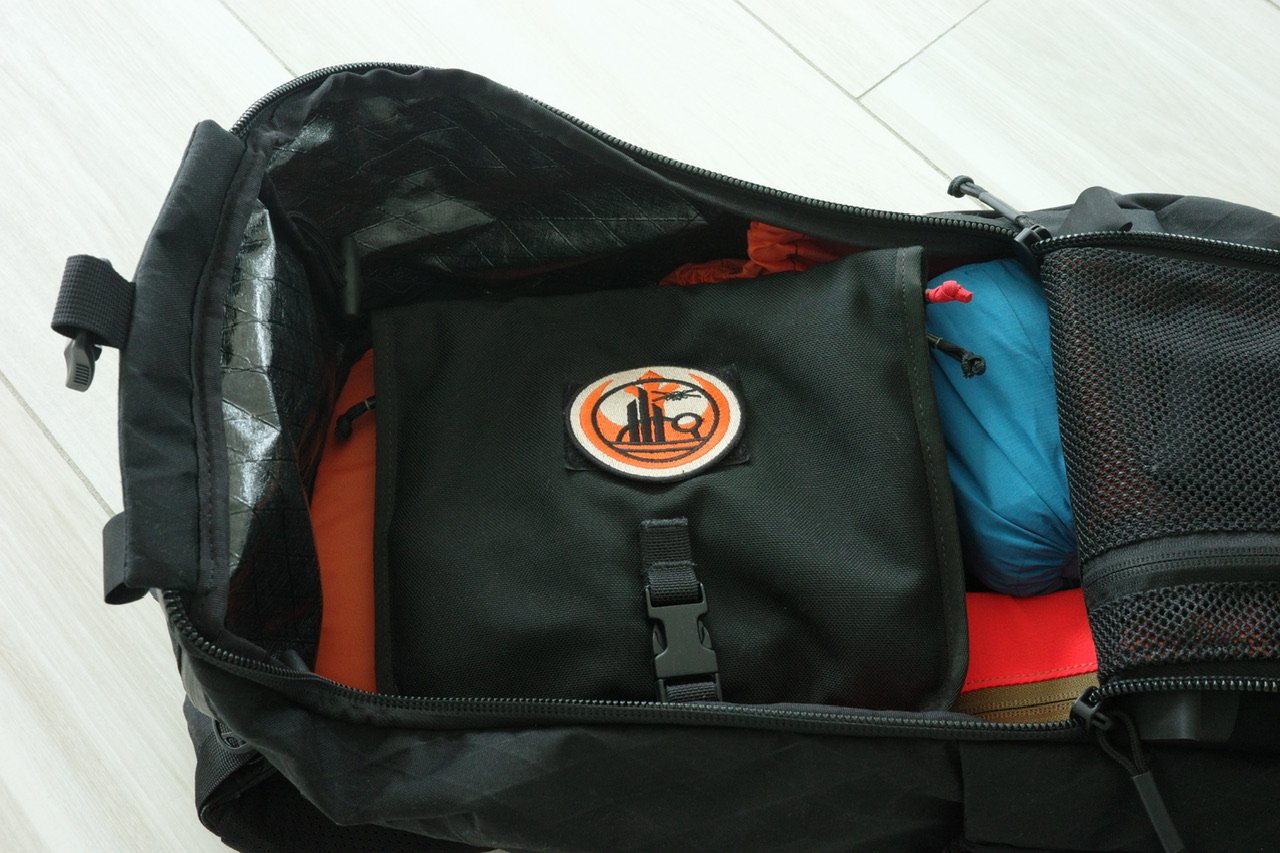 I bought this bag on a whim because I was surprised that a collab from Carryology was still available when it was my turn in the line. Then I looked forward to trashing the bag when I saw all the drama around it. Then I got it and now it’s my current favorite EDC bag for the office, and my new dad bag when I want a backpack (which is why I have two). 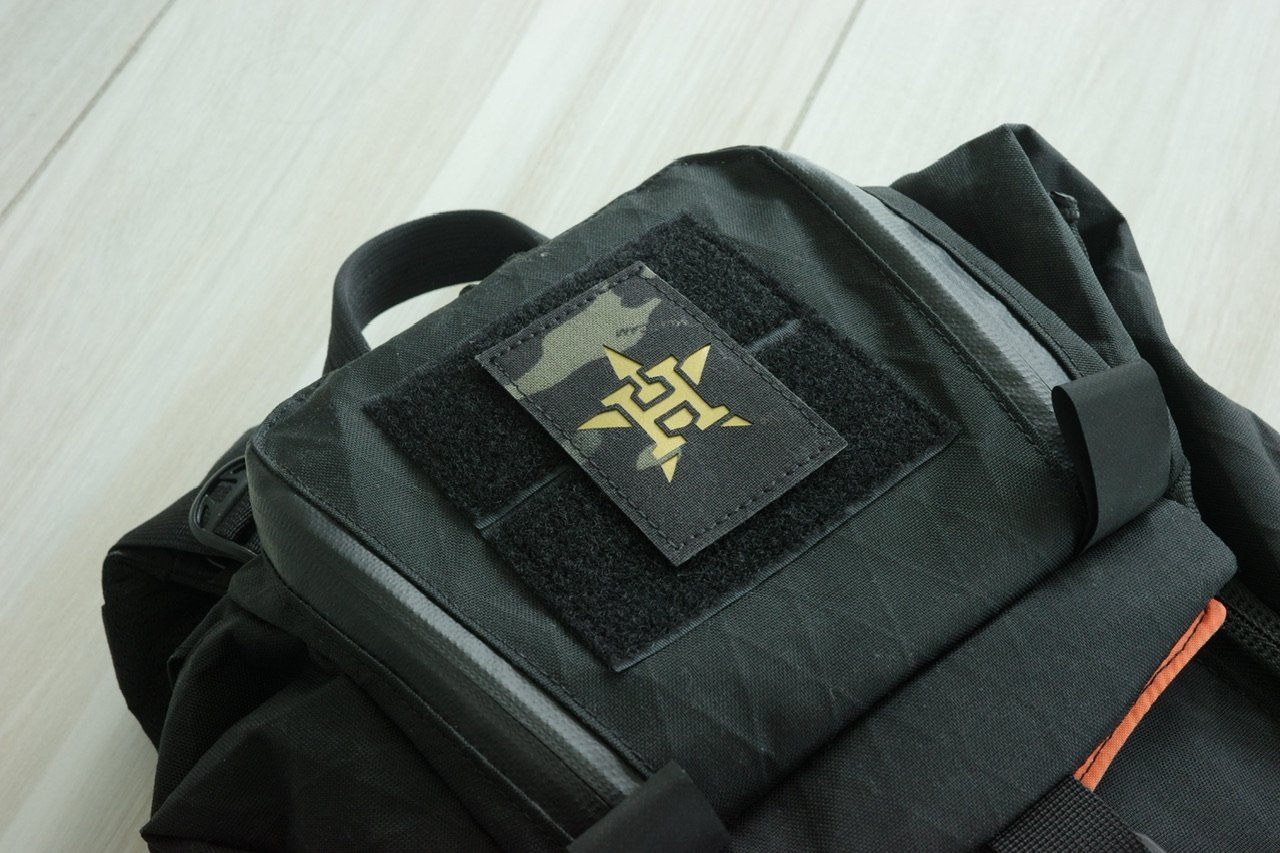 I have two dammit. Anyways, I think this is a pretty damned sweet bag and it would only be better if it was made from standard 500D, less Fidlock, and ditch the hydration ports. 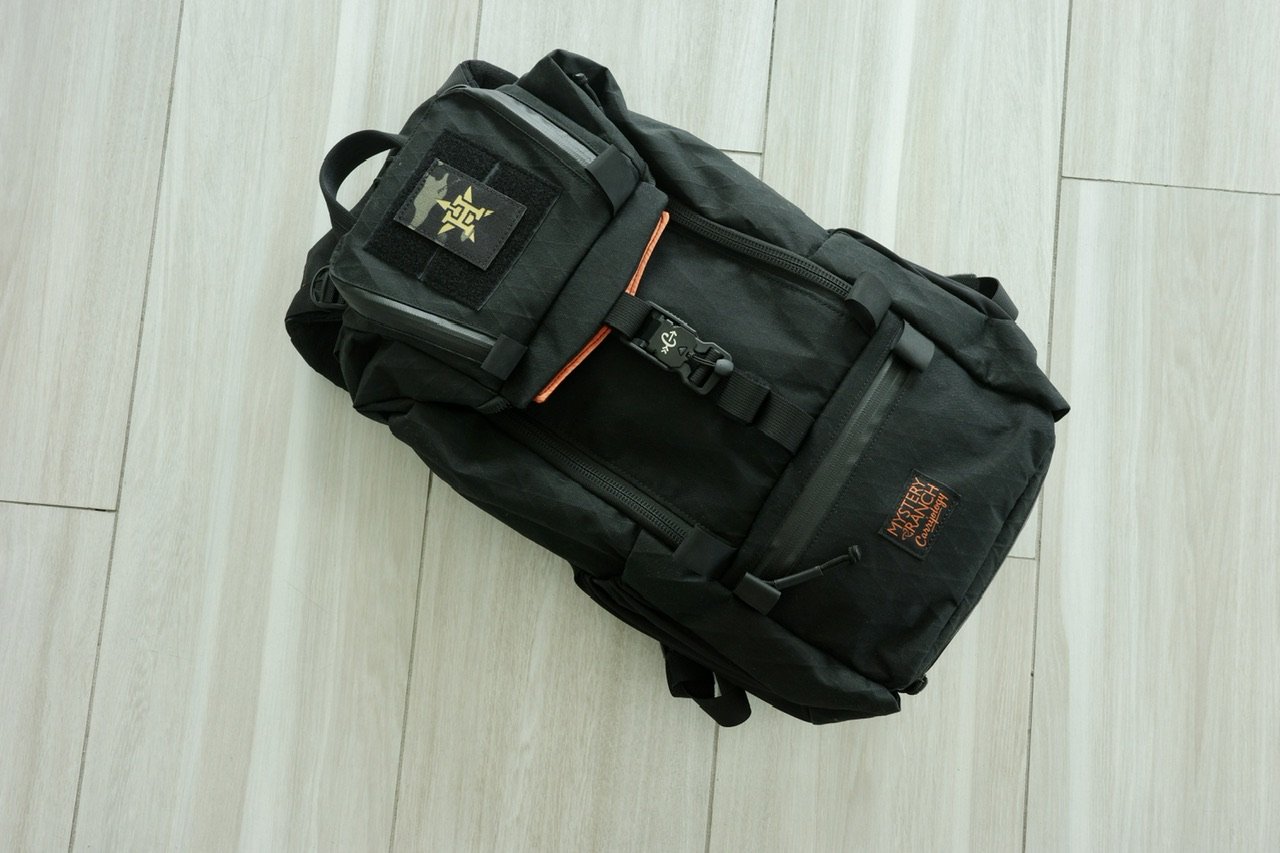 You can see it here, but it’s sold out.