Most of the year I spend reacting to things going on at work, news on the web, and opportunities as they present themselves. So while I used to be a big GTD nerd, of late I tend to just be a reactionary fool. About once a year I stop working, dump everything rattling in my […] 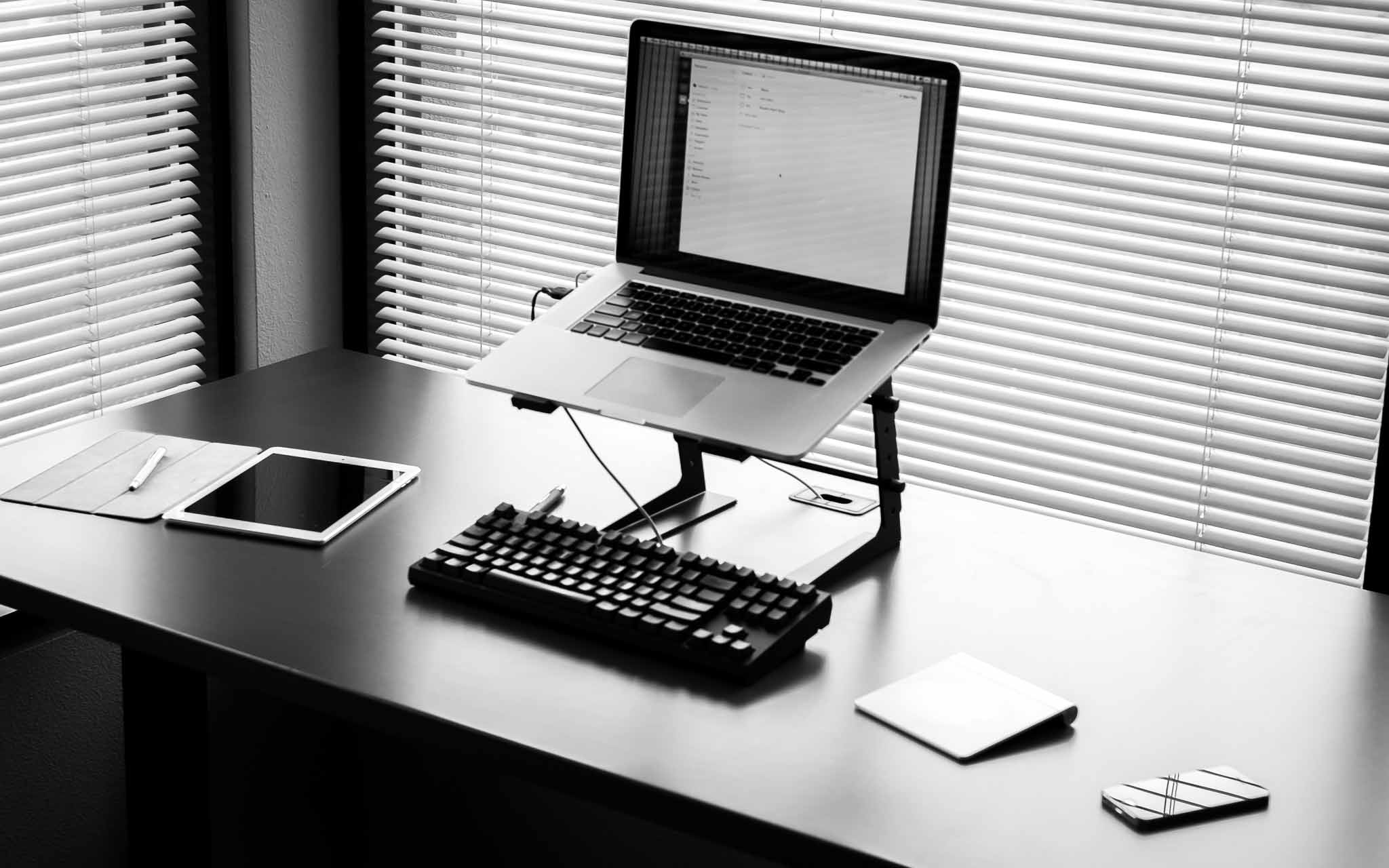 Most of the year I spend reacting to things going on at work, news on the web, and opportunities as they present themselves. So while I used to be a big GTD nerd, of late I tend to just be a reactionary fool. About once a year I stop working, dump everything rattling in my brain on something, and then reevaluate it all.

My goal is instead of forcing myself to work in a rigid way which may actually not work for me, I try to set habits once a year and let those habits slowly change throughout the year as I need. Then at some point I stop and reevaluate it all.

It just so happens that this once a year period is right now for me.

The first up for my changes in habits are in how I work at my desk, and on my desktop. As you can see in the picture I keep my desk very tidy, so here’s a quick rundown of what’s going on.

On the left side of my desk I keep my camera, my iPad, my stylus, and a pen. I’m left handed so it only feels natural to keep those items on my left.

When I get to work I layout my iPad and Bamboo Stylus as you see in the picture. I also open up the Notability app, with a “scratch” document open and ready (but the iPad off). I’ve long tried different ways of entering quick notes into my Mac (notes you might take while on a phone call), but in practice it doesn’t work to use a keyboard. Typing with one hand just is annoying.

Pen and paper are fastest, but I can’t stand a pen and paper. Instead I use Notability as the paper, and the stylus as my pen.

I keep one running file of notes in Notability, which archive once a month. This allows me to scribble phone numbers much easier than typing with one hand while on a phone call, like I would on paper, but with the added flexibility that a digital system offers.

So far this works well.

An additional note: I keep the smart cover as you see in the picture. This allows my left hand/wrist to anchor the iPad in position while I write — and keeps the iPad feeling much thinner (hand is held higher because of the cover and iPad is lower than if the cover was folded behind it) than if I were to fold the cover back behind the iPad. So while it looks a bit silly, it works much better this way and feels more comfortable.

As for the stylus: a necessary evil. I like the Cosmonaut, but the rubber makes my hand smell funny so I don’t ever use it. The Bamboo stylus is small, looks nice, and writes well.

So there you are, I guess I am an iPad stylus guy after all.

I’m currently using 1.0mm Uniball Jetstream pens with blue ink. Original documents are best signed in blue ink and that’s pretty much the only reason I have the pen: signing contracts and checks. I don’t care to hear about other pen choices, I literally just use it to sign things.

While my camera isn’t always on my desk, it usually is 60% of the time which is why I included it in the picture. There’s no reason for the camera to be on my desk, other than to serve as a reminder of what I would rather be doing.

Central to my desk is my retina MacBook Pro, CODE Keyboard, trackpad, and DJ stand for my Mac. The stand is to get the computer high enough, the Mac always has Flow open and ready to go. That CODE keyboard, she’s a thing of beauty. (Also trackpad, because I don’t like the scratching sounds of a mouse sliding on my desk.)

Off to the right I keep my iPhone. This reason is two fold: I tend to answer my phone with my right hand, and it is easiest to move when someone wants to come set papers down for me to review. That and the left side is really crowded as is.

On the face of it this is all rather boring to talk about, but the biggest revelation for me was using Notability. I’ve long used the app in meetings, but making a place for my iPad & stylus on my desk has really helped me keep working without trying to type one handed, remember things, or search for paper.

For me adding in the iPad in this way wasn’t obvious, but felt natural once I did it. It takes a lot of space on the desk, but just works brilliantly. I’ve tried many other apps, but I like the way Notability works, and so it stuck.

Most people like to keep a scratch piece of paper handy, and I truly do too, but I don’t like dealing with that paper afterwards. Using my iPad I get 85% of the way to that paper, with the added benefit of not having to deal with the paper after I am done with it.

I also find leaving the cover open, feels like it is an open notepad awaiting my scribbles. And yes, sometimes I just use it to doodle while on the phone — but I typically switch to Paper for that.