Finally a good and small bag to carry with me.

I stand by the fact that the best all around backpack is the GORUCK GR1, but I also think it looks a little bit silly carrying a tiny little MacBook in the larger GR1. Not to mention, quite often, it is overkill for what I need to carry for the day.

When I tried out the 15L Shoulder Bag from GORUCK, I mentioned how it wasn’t actually much smaller than the GR1, so that was out too. I wanted a smaller bag — I’ve wanted one for a while — so that I could use the bag for small trips. I also wanted a smaller bag to carry around at conferences, or on vacation with the family.

I turned to the (of all things) Pinterest board that I keep of bags I come across — each time I thought I found a good match, I looked at the size and realized it wasn’t much smaller than the GR1. This was the biggest problem I kept running into: finding a bag that was functional and yet still smaller.

The Hardgraft Flatpack kept bubbling up to the top, but I had one of those and didn’t love it over time — not to mention it is useless for carrying non-computer things. Great bag, just not versatile at all. The Filson original Briefcase is a long sought after bag for me, but it’s a shoulder bag and I am just not sure about it. 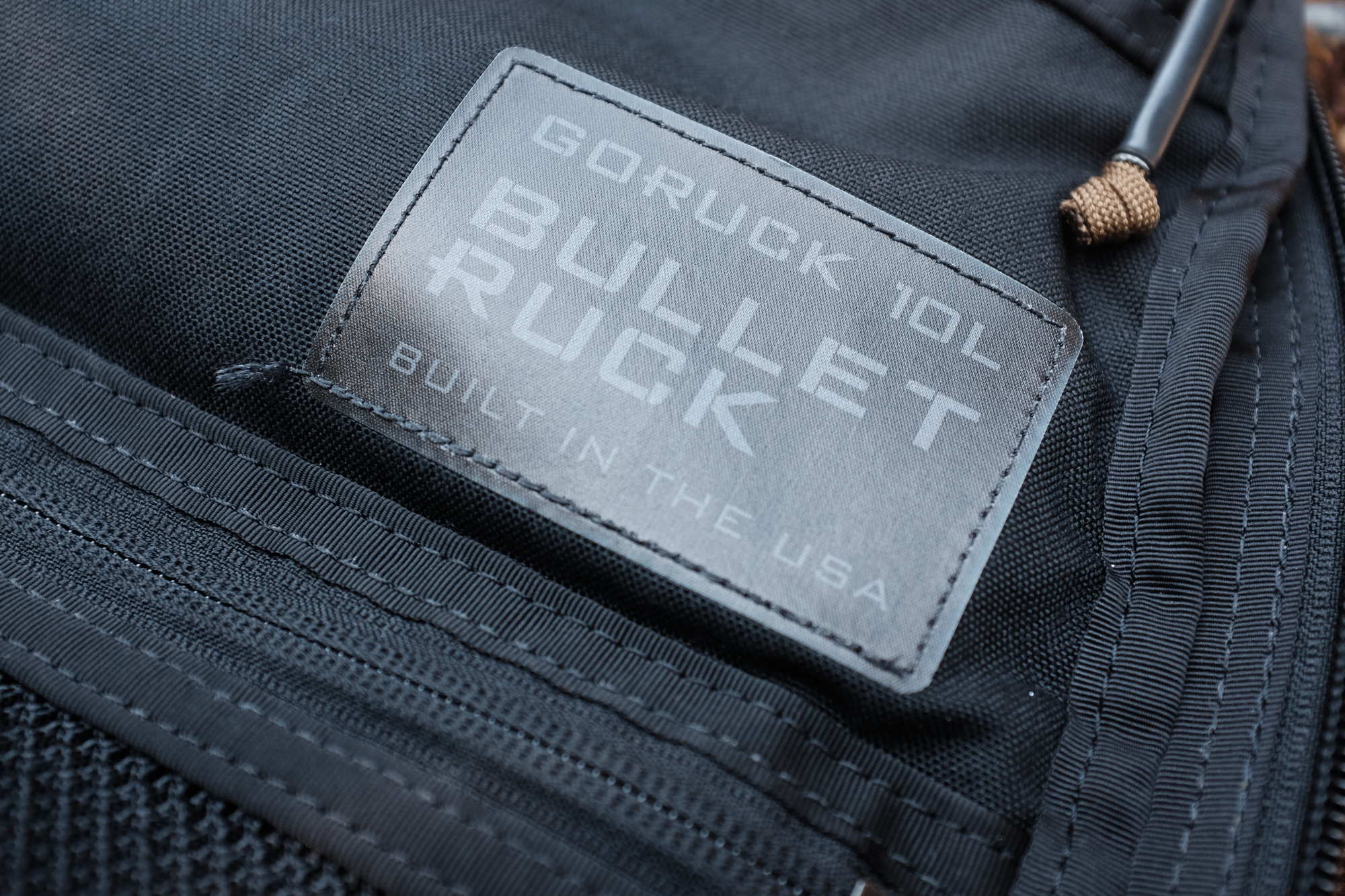 As I was looking around I came across the Bullet Rucks from GORUCK. I was about to buy the 15L, but decided to go as small as I could while still fitting the MacBook. That led me to the 10L Bullet Ruck — and I’ve had it for a while now.

What is particularly great is that it is so small, but still tall enough that it doesn’t look silly on my 6’-3” back. It’s about as small of a backpack as I can carry without looking ridiculous.

It is a really cool bag too.

Though, it has no padding anywhere, so I added a Tom Bihn Cache for my MacBook — which fits perfectly in the hydration slot. And when I stripped the bag of computer gear at DisneyWorld the bag was even more amazing. 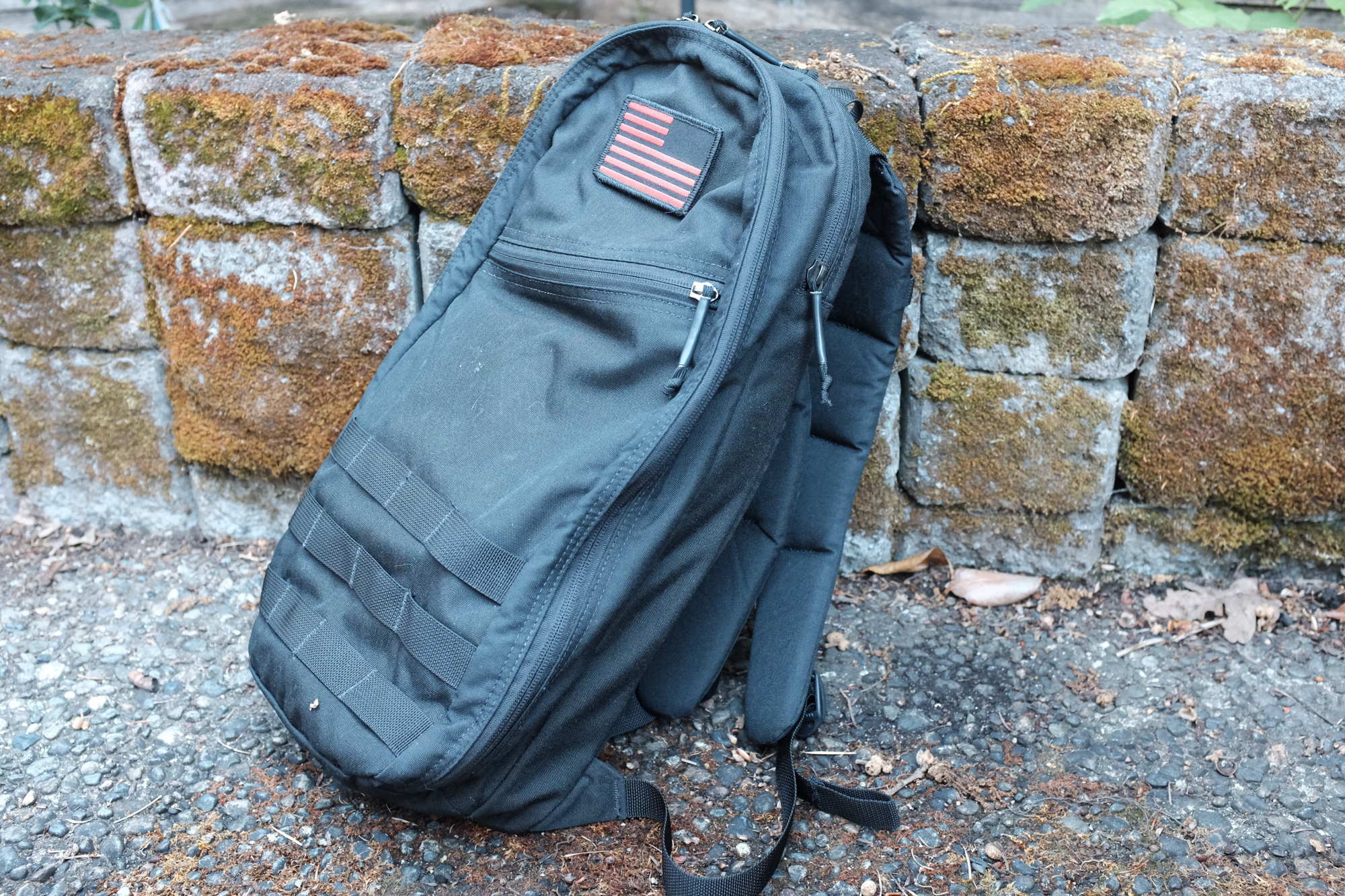 My wife even remarked: “This is the perfect bag for this trip”. Yep, it really was. And each time I use the bag it is near perfect. 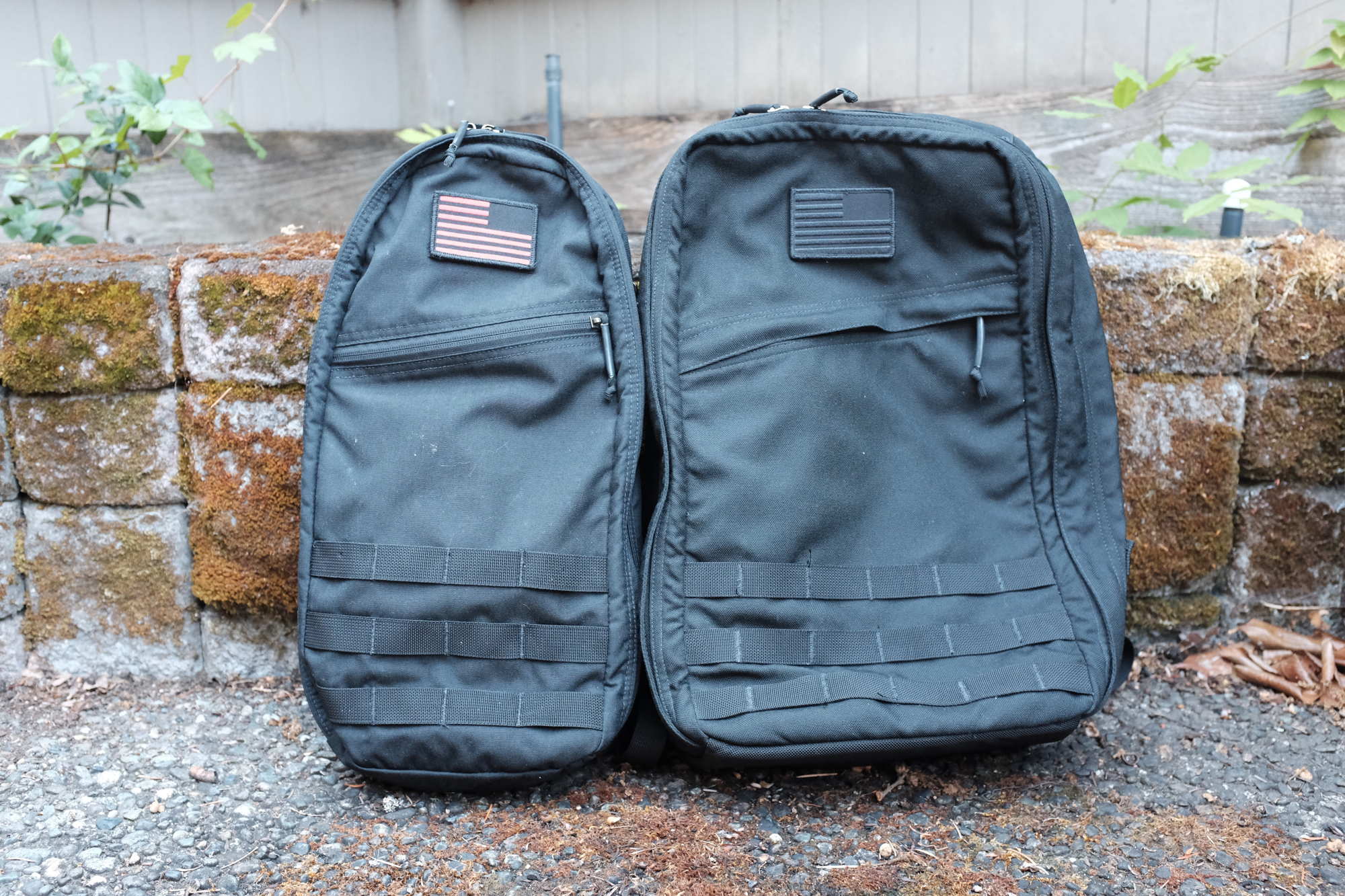 But it’s not a GR1. If had to pick one bag it would be the GR1, but since I don’t have to limit myself to just one, I get the pleasure of using this smaller bag whenever I need a smaller kit.

The primary use case for this bag is to carry my MacBook ((I truly mean the new MacBook. This is not a laptop bag at all, so make sure your laptop will fit.)) and a few odds and ends when I head out to a coffee shop, or library. My ‘kit’ these days is very small (it seems to grow and shrink based on computer size). 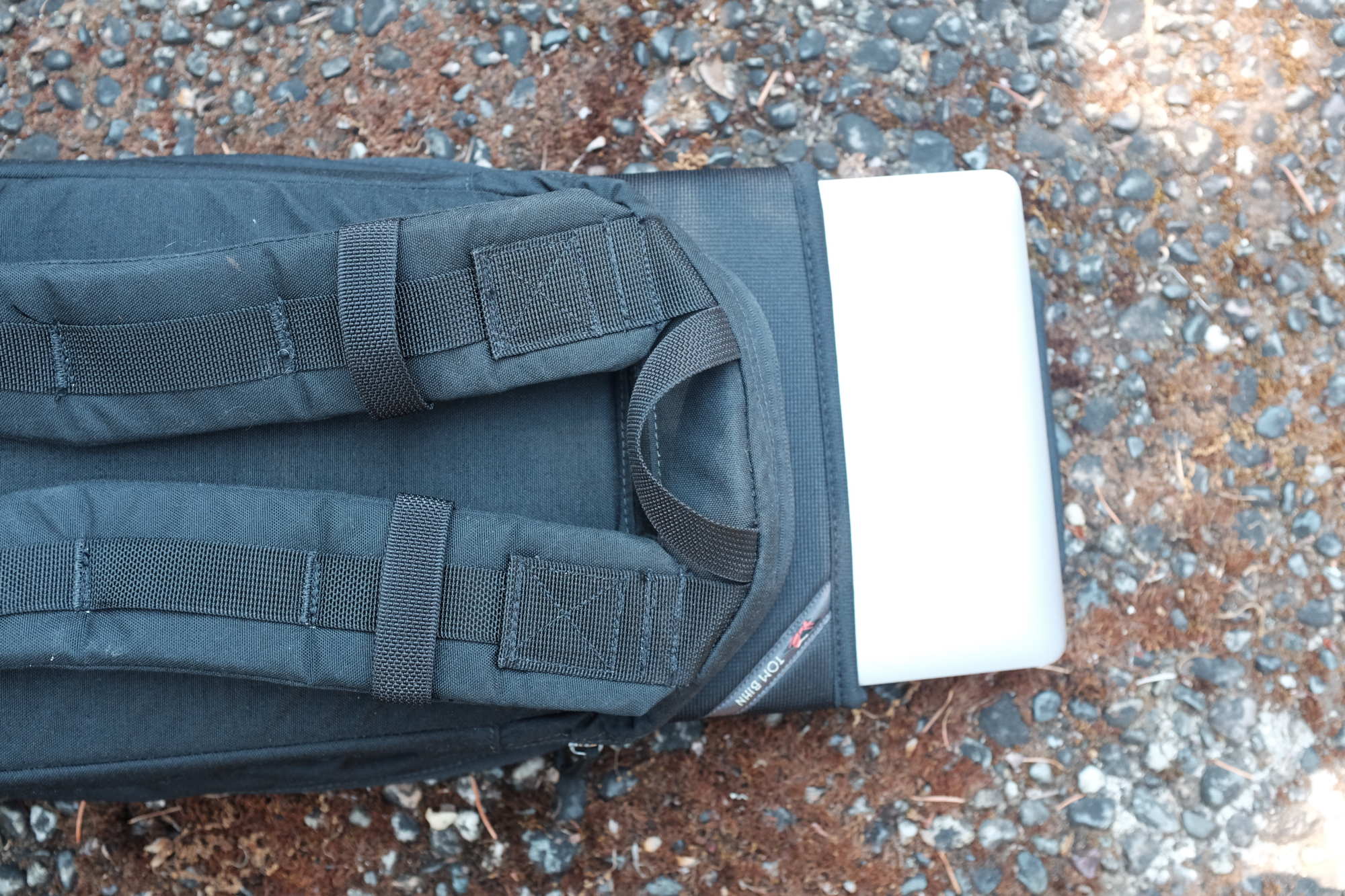 In the hydration area of the bag I slide in a Tom Bihn vertical Cache — this is super padded and sized for my MacBook. It fits into the hydration section very snug, and allows you to pull out just the MacBook without having to hold down the protective sleeve. This works great for moving from place to place. 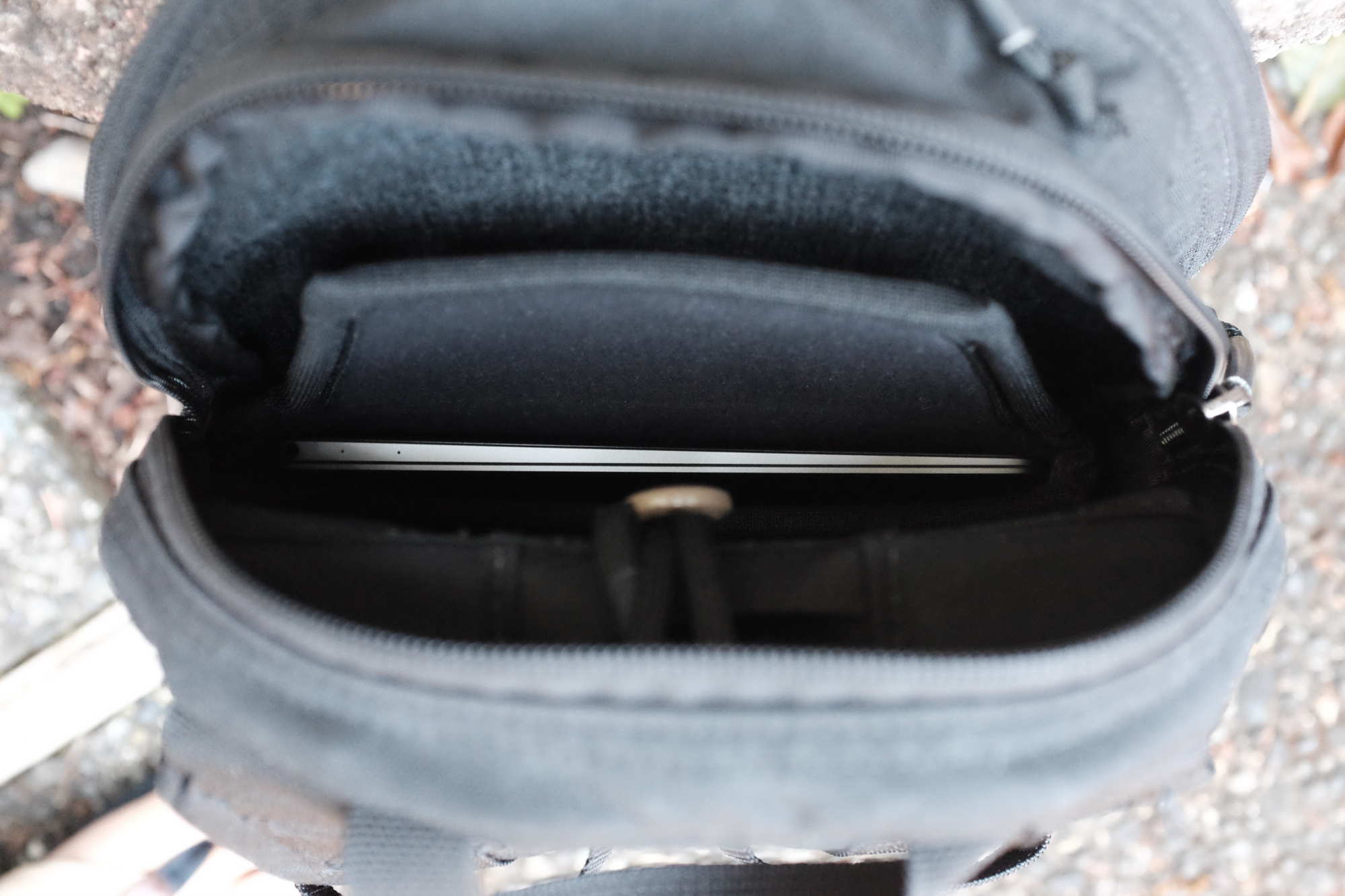 Inside the bag I setup very similarly to the GR1, with two exceptions. First I use a mini Wire Dopp from GORUCK to just carry a few of the things I need, instead of the full sized Wire Dopp. Additionally, I added a bit of foam padding to the bottom of the bag in the main compartment so that I can place my iPad in there and not worry about setting the bag down too hard.

As far as a pure computer bag goes, this Bullet Ruck is every bit as good as the GR1, in a much smaller package.

One of the reasons that I waited so long to post this review is because I wanted to take the Bullet Ruck on a couple of different trips to test it out. The first trip was my short jaunt to WWDC, where I carried the bag almost everywhere with me. The second was a week long venture across the country to Disney World, where I again carried the bag with my everywhere. 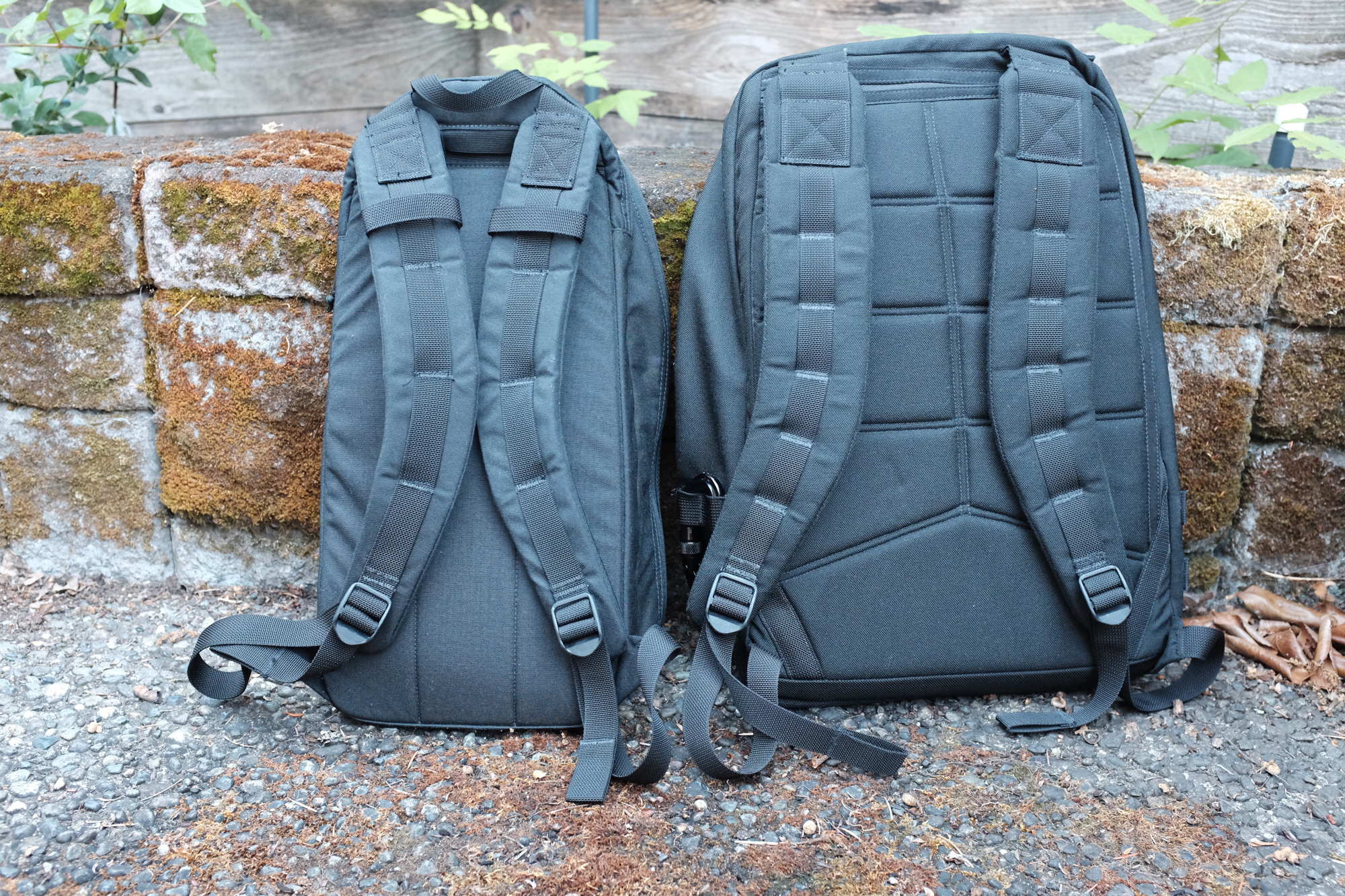 That’s a lot of different situations and, well, weather conditions for it. What I can say is that the bag performed way better than I expected.

(It’s surprisingly hard to get a good shot of an airplane foot well.) 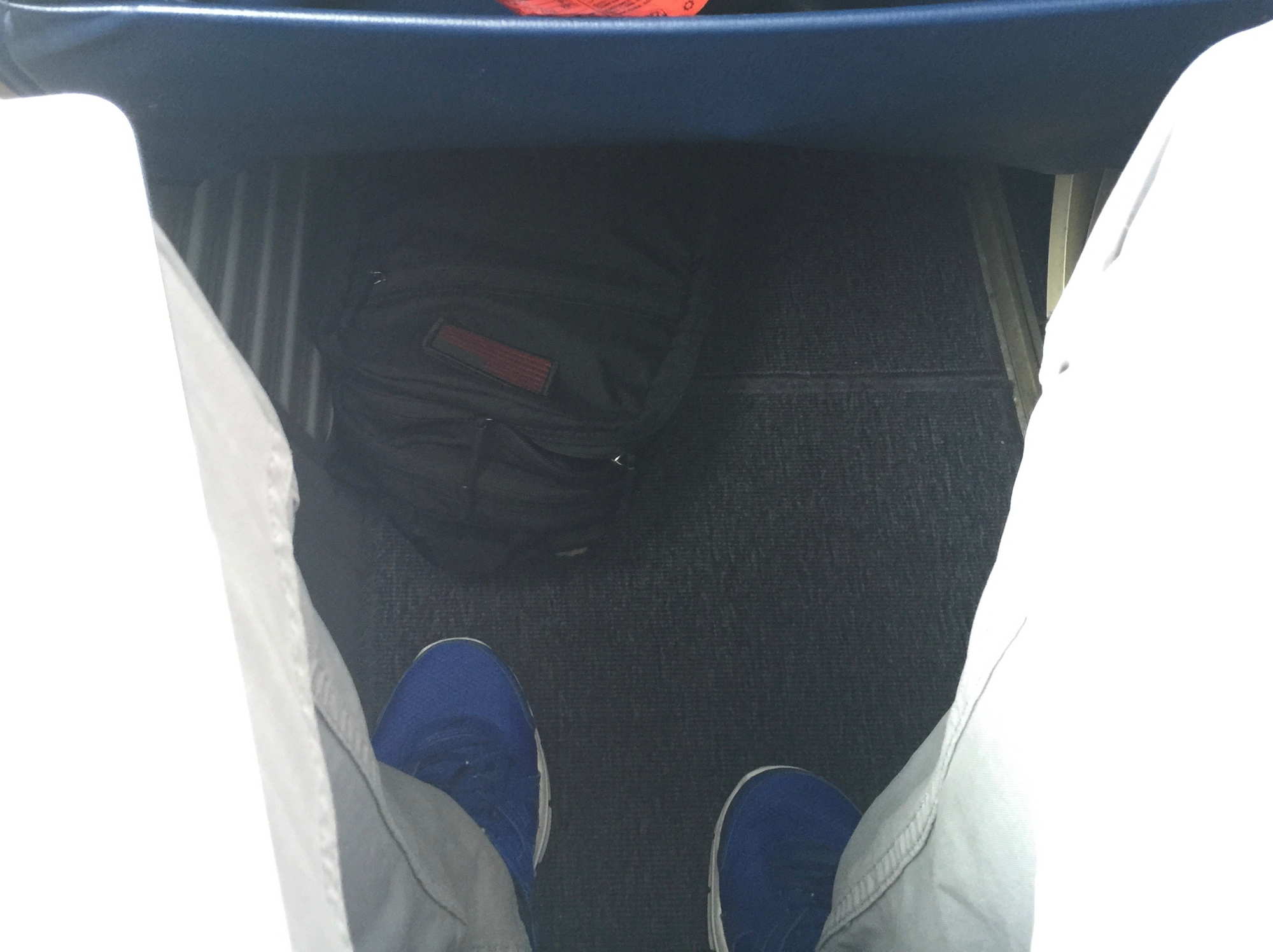 Additionally, it holds way more than one would assume just by looking at it. I can fit all my gadgets, chargers, my X100T, some snacks, and water.

It is small enough that you never seem to bump into things with it, and can’t really overload it with too much weight. Yet it is still GORUCK at it’s heart, so you know you could drag it all the way across the airport to the international terminal and not worry about a thing — handy when you are traveling with kids.

It’s easily my favorite carry on bag (of the personal carry on variety).

It is unassuming as a computer bag. It weighs very little. It holds a ton. It is excellent. 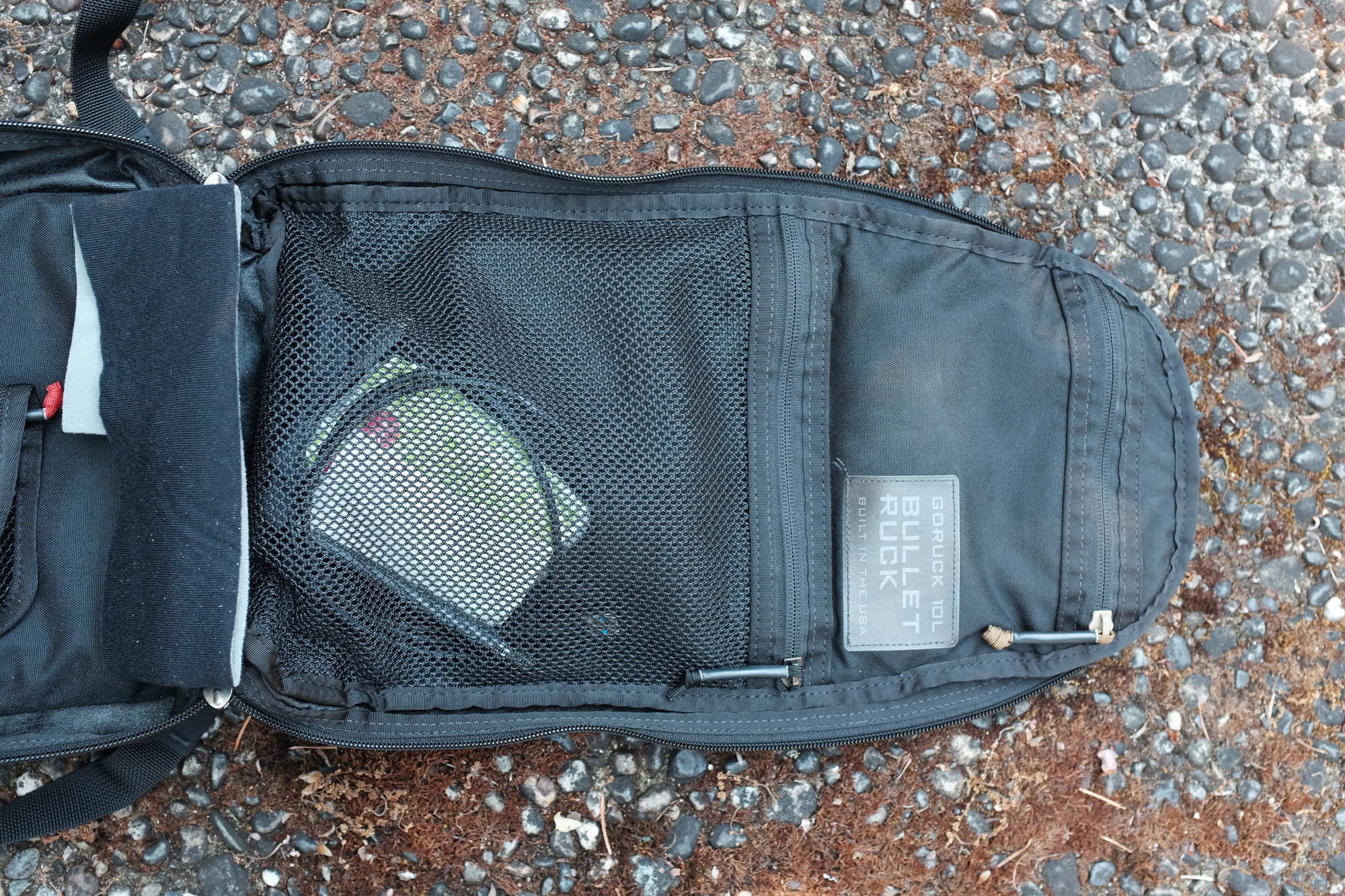 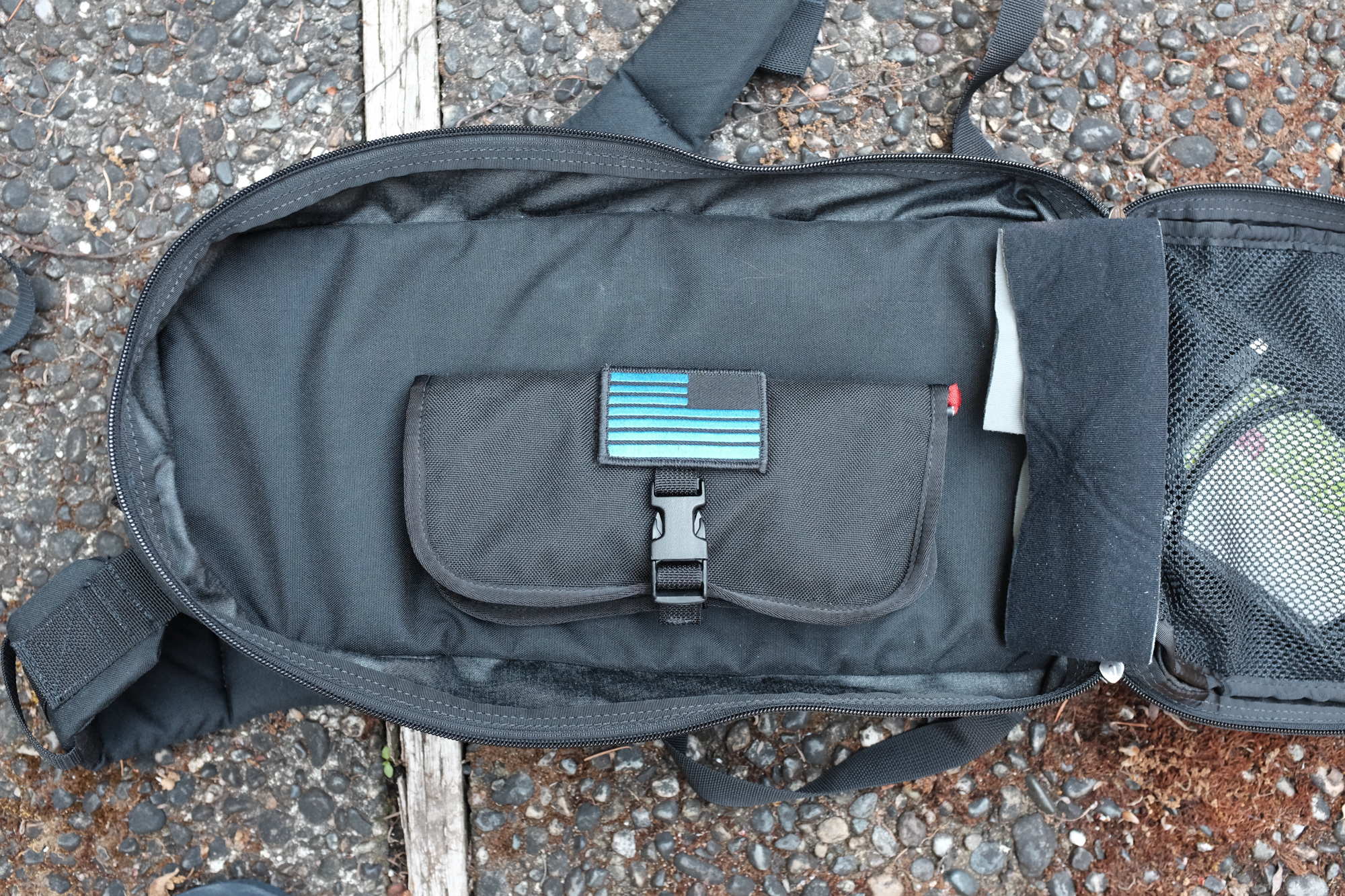 Through and through this is one of my favorite bags I have ever owned. And if all of the above wasn’t enough, this bag retails for $110. Which is just insane value.

It can’t replace things like the GR1, or the Tom Bihn Aeronaut, but I finally found a small bag, which isn’t a messenger bag, and doesn’t look like a third graders backpack on me.

Buy it with this link, and I get a kickback.