Yes I have two iPad Pro’s, but I am also iOS only now

When the 9.7″ iPad Pro was announced there were a lot of people asking me if I was going to get it. My answer stayed annoyingly consistent: I’m waiting for an iPad mini Pro — one that works with the Apple Pencil. My thinking being simple: I’d like to have another iPad which could lie flat on my desk and replace paper notebooks with the use of apps and the Apple Pencil.

Further, I would like a smaller iPad for plane flights and hanging out around the house. I know that seems silly to some, but the 12.9″ iPad Pro is very large and unwieldy for some handheld use cases. Yet I wouldn’t trade it for any other device out there. If I had to pick just one device, it would be the 12.9″ iPad Pro — I use it more than my iPhone at this point, though, I thankfully don’t have to make that choice.

I was holding out hope WWDC might bring my mythical iPad mini, but I have had no such luck thus far. This lead me to start seriously considering the 9.7″ iPad Pro. I really wanted it, but I had two problems I had to reconcile:

I couldn’t even mentally deal with the second issue until I broke through the mental hurdle. It took Myke Hurley (of course) to help me with this. Where he enlightened me that this is an expense to get better tools to do my job — and on that he is right.

It all clicked in that short conversation, so I now had to figure out the financial reasonableness of such a purchase.

And that’s when I looked at the MacBook in the corner of my office. And I recalled my Saturday morning. Right as I was trying to get out of the house to run errands, all the websites on my server went down. No rhyme or reason, and VNC access was choppy at best.

I can manage everything from my iPad, but sometimes it’s just faster with my MacBook, so I grabbed that after a few minutes troubleshooting on my iPad Pro. But I failed to type my password twice, Terminal then crashed out on me. Then Safari froze. Then I had to just give up on the Mac and restart it. It could be macOS Sierra which is on the Mac, or it could be that I never use my Mac and so the system was in a state of “oh shit, anyone remember how do this stuff?”

Either way, I had solved the problem on my iPad Pro before my Mac was even back up and running.

But then I sat there and cleared dozens of notifications on macOS, closed applications which start up with the system for seemingly no reason. Updated apps. And a bunch of other shit.

I lost 30 minutes to just managing my Mac that morning.

Yet my iPad was just there, did its job and stayed the hell out of my way, and never once demanded I do housekeeping on it. The apps update in the background. The devices backs up each night automatically. It’s just always ready to go. That’s simply not the case with my Mac.

That’s when the second problem was solved. Because the truth of the matter is not only do I not need a Mac, but I am actively less productive, and fall into bigger wastes of time, every time I touch my Mac. (My need for a Mac is lessened in part because I have a macminicolo.net server to use.) 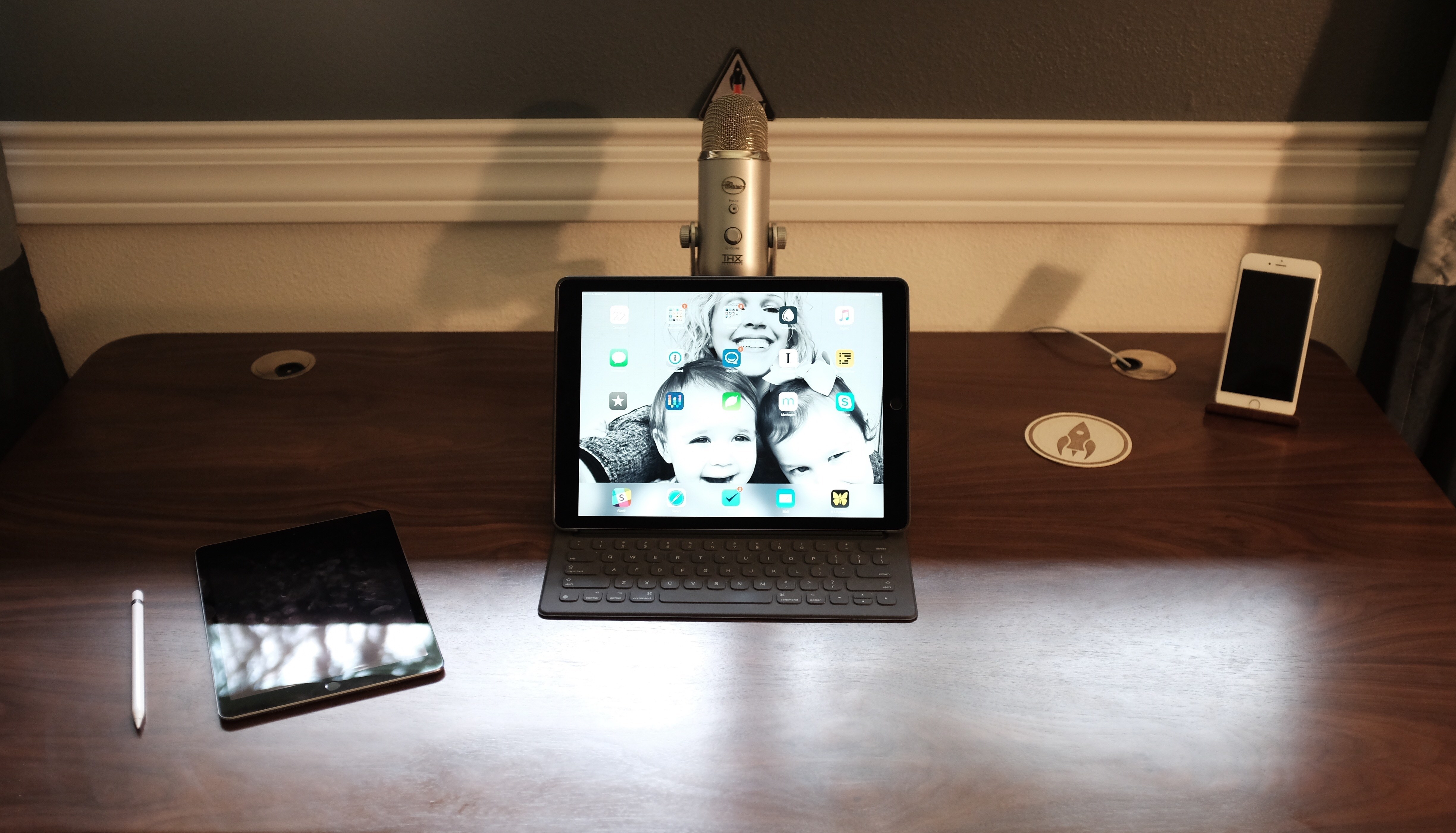 So I am selling my MacBook (email if interested, I will have a sale page up soon for it) and I have two iPad Pros. I feel no guilt over this, and I actually feel like I finally can get more shit done than ever before.

So, in short, thanks Myke.