Common argument: Tim Cook should be replaced as CEO, because something something negative about innovation at Apple, or not understanding products. If you ask them who should be CEO, there’s never an answer.

When I called for Steve Ballmer to be ousted from Microsoft, I did so by showing a series of charts reflecting the stock value of the company — the metric by which CEOs are judged (rightly or wrongly). With Ballmer it was basically maintaining a steady and boring course.

I can argue with Tim Cook deniers all day long, but this chart says it all: 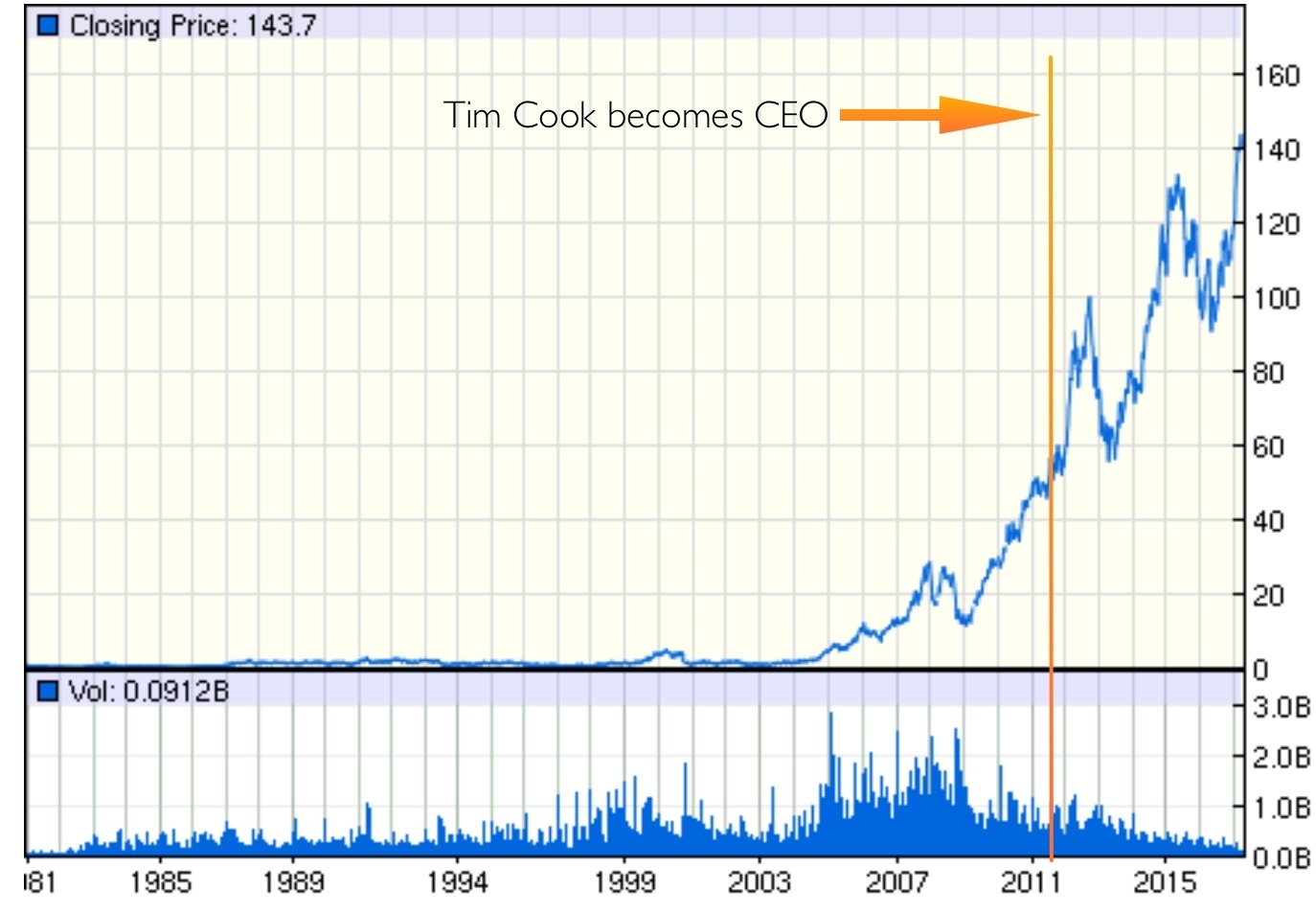 There’s two ways to look at that chart:

Except I prefer a third take: he’s kept an insane trajectory going. Oh, and also, if you note: he has weathered two significant falls in stock price and regained all value lost and then some. So he knows how to keep growing the company, and knows how to right the ship rather quickly.

Even in the palest of lights, he’s managed to continue to grow one of the world’s largest companies. But sure, keep saying he is ill suited to run Apple.