I finally found an EDC organizer worth carrying.

I had almost given up on trying to find a small pouch to house my extended EDC kit in. The Maxpedition was too large, and cumbersome. The Skinth wasn’t quite right, despite being quite nice. Before giving up I decided to try something entirely different, the SERE Pouch, from Triple Aught Design.

I initially avoided this pouch because it looked more like a tool roll, and my experience with those keeps me far away from them — they are just not optimal. The SERE pouch is different, you don’t roll, but fold. And even at capacity it all folds away perfectly. 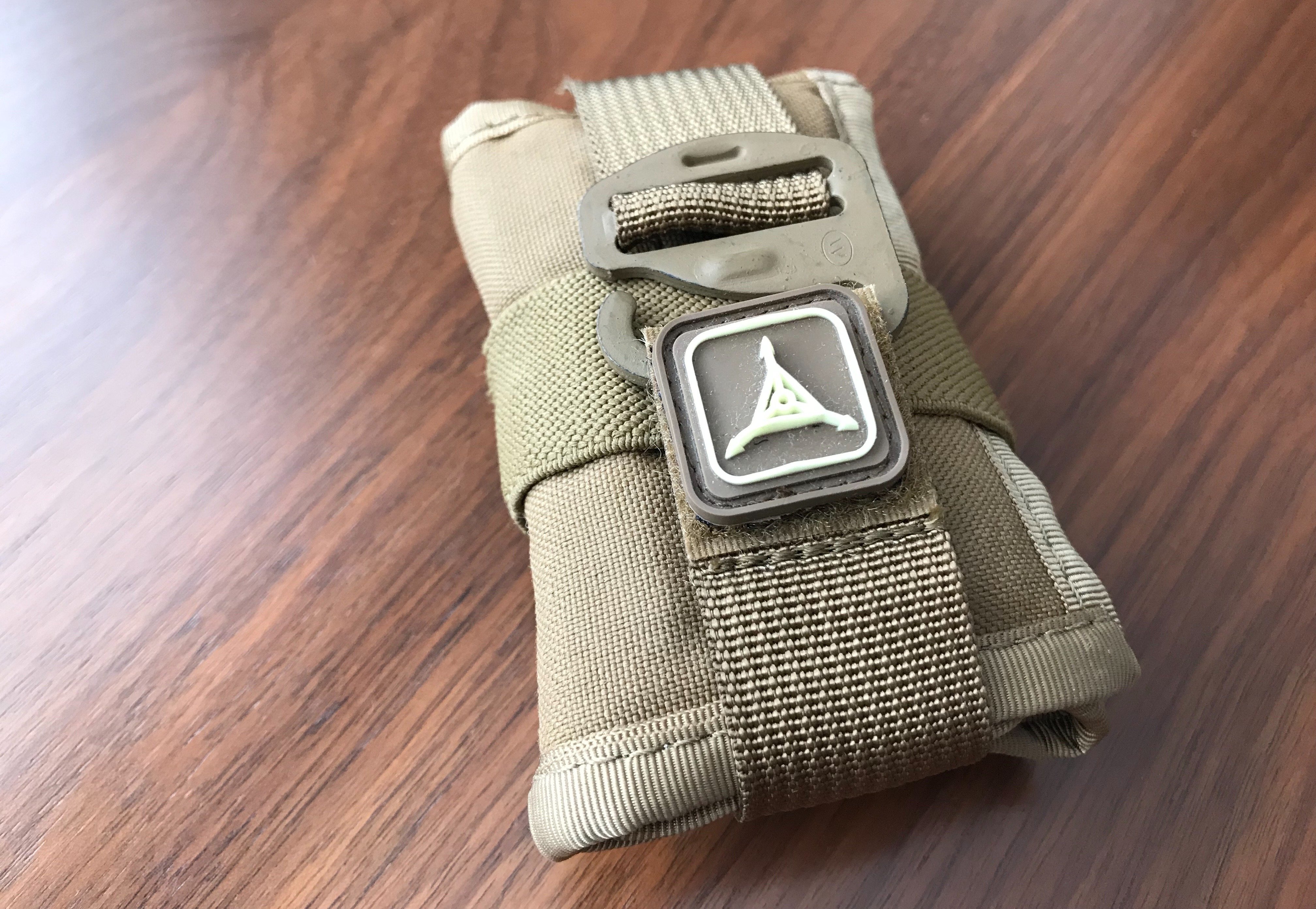 Figuring out useful things to put in all these pouches is a lot of thought, and half the fun. The pouch has five slots, with four equally sized and the fifth double the size. There’s an elastic pocket at the bottom and an elastic strap at the top. 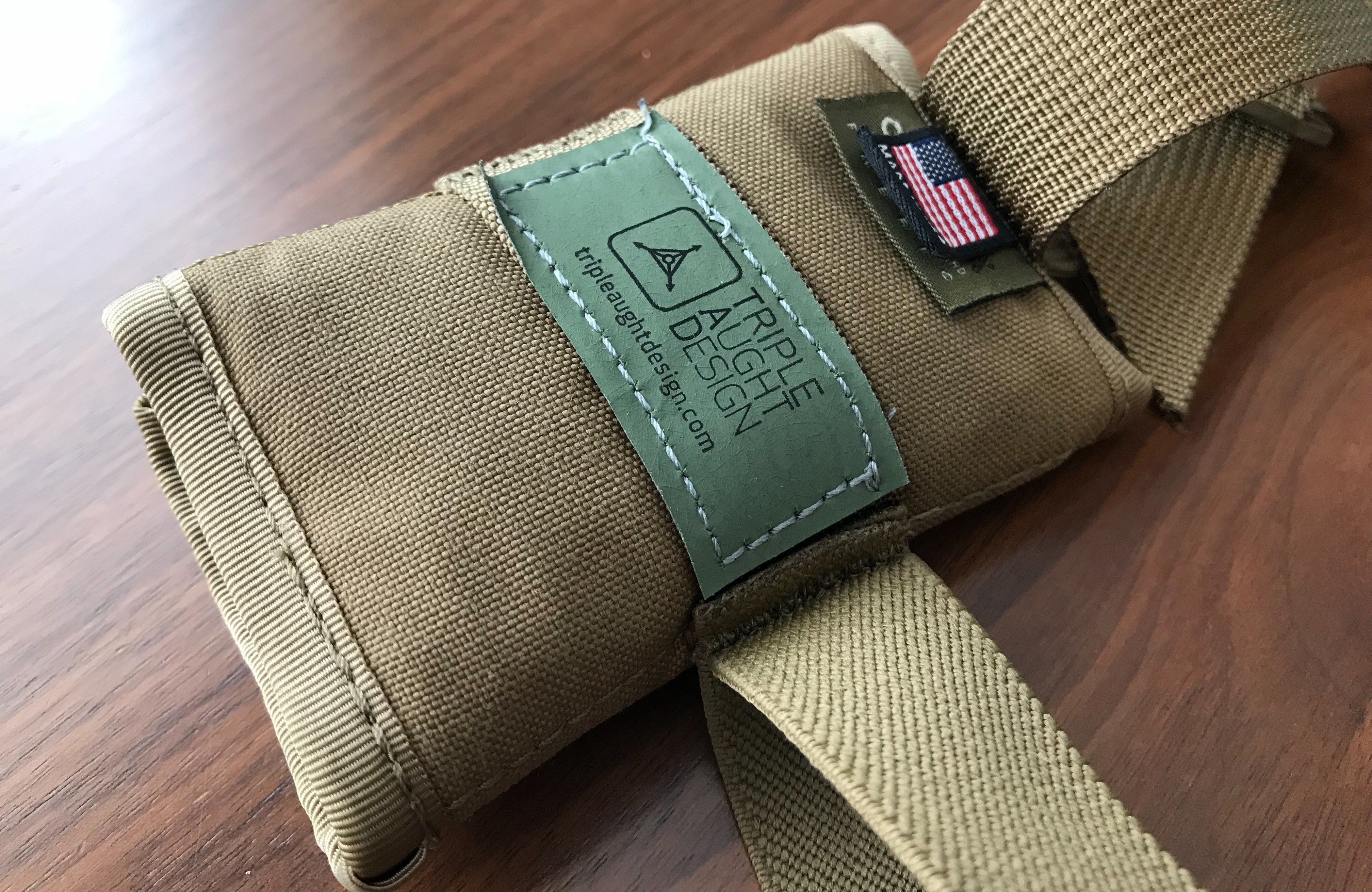 There’s also small heavy duty nylon pouch with an elastic shock cord that comes with it — this is to hold a razor blade. This SERE pouch has been designed for people to use as an escape kit, so a razor blade makes sense. Luckily, it holds an Xacto knife blade quite nicely. Here’s how I initially had mine outfitted:

I was surprised the Cadet fit, but it’s the perfect size and I can’t think of anything better to have in the pouch. I think I’ll buy another Cadet just for this pouch. The only thing I could not initially figure out how to fit, is cord of some kind. I had to order some new type of cordage to keep in the pouch.

All in all, it holds a heck of a lot, holds it securely, and holds it silently. But it didn’t feel like a good kit just yet.

I mentioned how I don’t typically like tool rolls and part of that reason is because they never roll back up well, and when they do, they don’t tend to stay rolled up. There’s none of that nonsense here with the SERE Pouch.

To open, you first need to unhook the cinch strap. While this can be done without loosening it too much, it’s much easier if you loosen the strap all the way. The hook is made in such a way that I can’t imagine it would ever come undone on accident. From there, you need to undo the elastic strap which sits perpendicular to the hooked strap. This is the main bit of security, with the nylon strap serving to keep the pressure off the elastic strap.

Next, unfold the two flaps, and lift open the nylon cover. The entire kit will lay flat. Closing it up is also dead simple, and done quickly. There’s basically no way to mess this up, and there’s no way it’s coming undone. It negates all issues I have with other tool rolls. This is an impressively secure setup for something with no zippers, Velcro, or snaps.

The funniest part about this pouch, is that it is the size of a lot of wallets. I’ve certainly carried some wallets this large before. It has no described way to carry it — it isn’t made for any one thing. Yet you could easily drop it in your pocket — though you might want to remove the logo patch to slim it down — and while you would know it is there, it wouldn’t restrict you if you had this in your pocket — I’ve done it many times.

Likewise, you could clip, drop, or strap it on to bags or belts. There’s a surprising amount of options with this pouch, and that’s one of it’s best features — if a bit hidden.

Now that I had something I actually liked I tore everything I initially put in it out. I then pulled out all my little EDC stuff, the things which would likely fit, and I tore apart my dad bag looking for the items I knew I had recently used.

I immediately knew I would want a knife, flashlight, and some cordage. The Massdrop Brass AAA flashlight is a perfect fit, as is the aforementioned Swiss Army Cadet knife. I also knew I had to figure out how to carry a meaningful amount of cord, so I went and bought dyneema slick line from Z-Packs. With that in hand, I was able to get about six feet of cordage, which is not a ton, but it’s a workable amount. Given that it is dyneema, it’s also very strong. ((If you are trying to find something the right width for wrapping the cord, I found my iPhone 7 Plus was a perfect width.))

This left me with at least two more items I could stow. I knew I wanted my lock picks, but that they would be the least used, so I put them in the pile. Every other time I have put together one of these kits, they are more survival in nature, than they are real life. So I reached for what I knew I would use the most: band aids. I grabbed a few band aids, some triple anti-biotic ointment, and an alcohol prep wipe. Then I grabbed my small tweezers.

With that all that laid out I tried several iterations of placement, ultimately coming up with a great storage system. 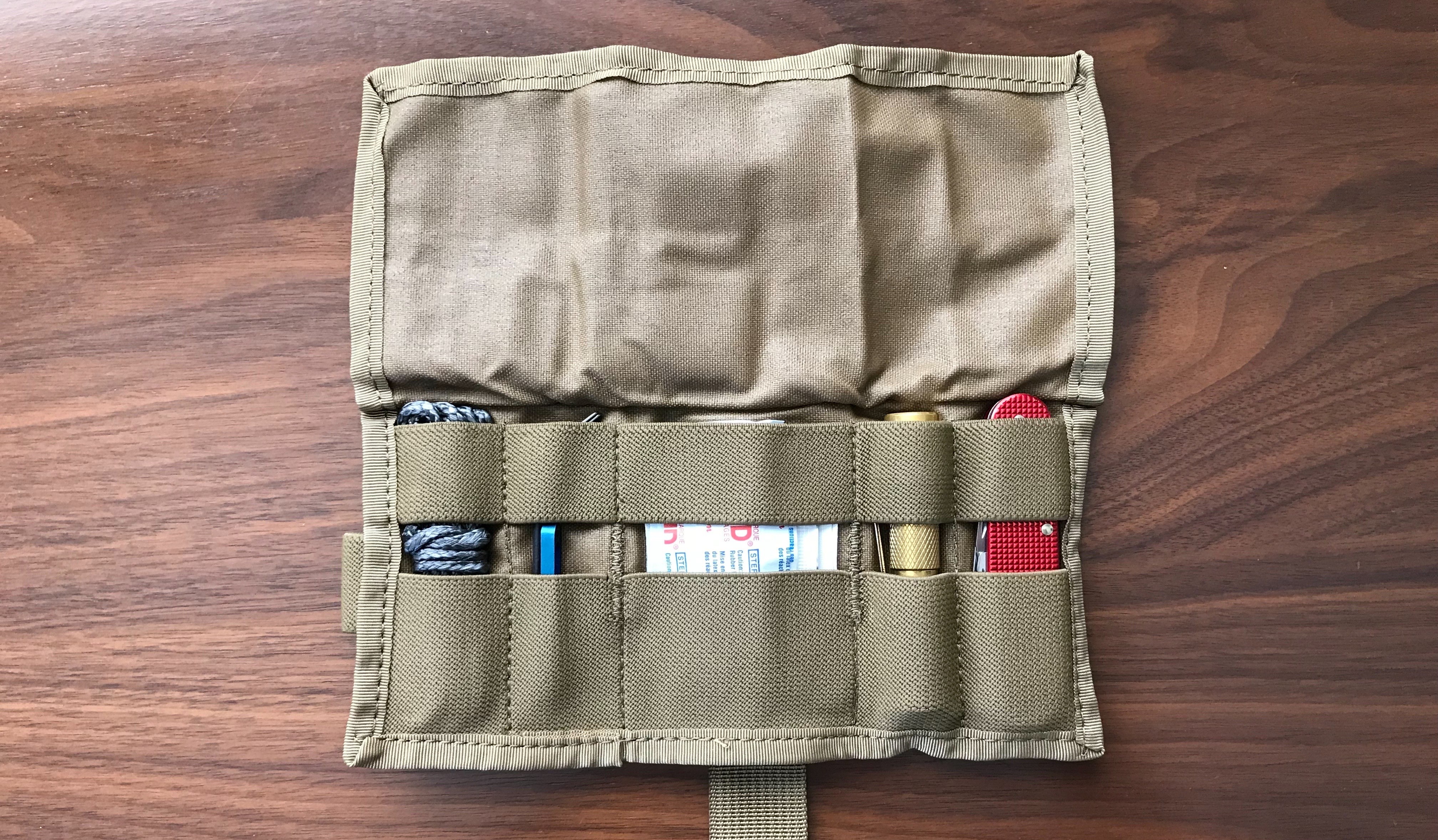 I place the bandaids in the large compartment (I had to fold them in half) with the ointment and prep wipe. This would form the back of the pouch, and make sure nothing that is bulky was showing. I then put my cord, lock pick and tweezers on one flap, and the flashlight and knife on the other. When I fold it, I fold the heavy flap with the flashlight and knife in first, making it the middle layer. This allows the outer layers to be “softer” and telegraph what is inside a lot less (meaning you don’t know there is a. knife in there). This all closes in just fine and makes for a great EDC kit. 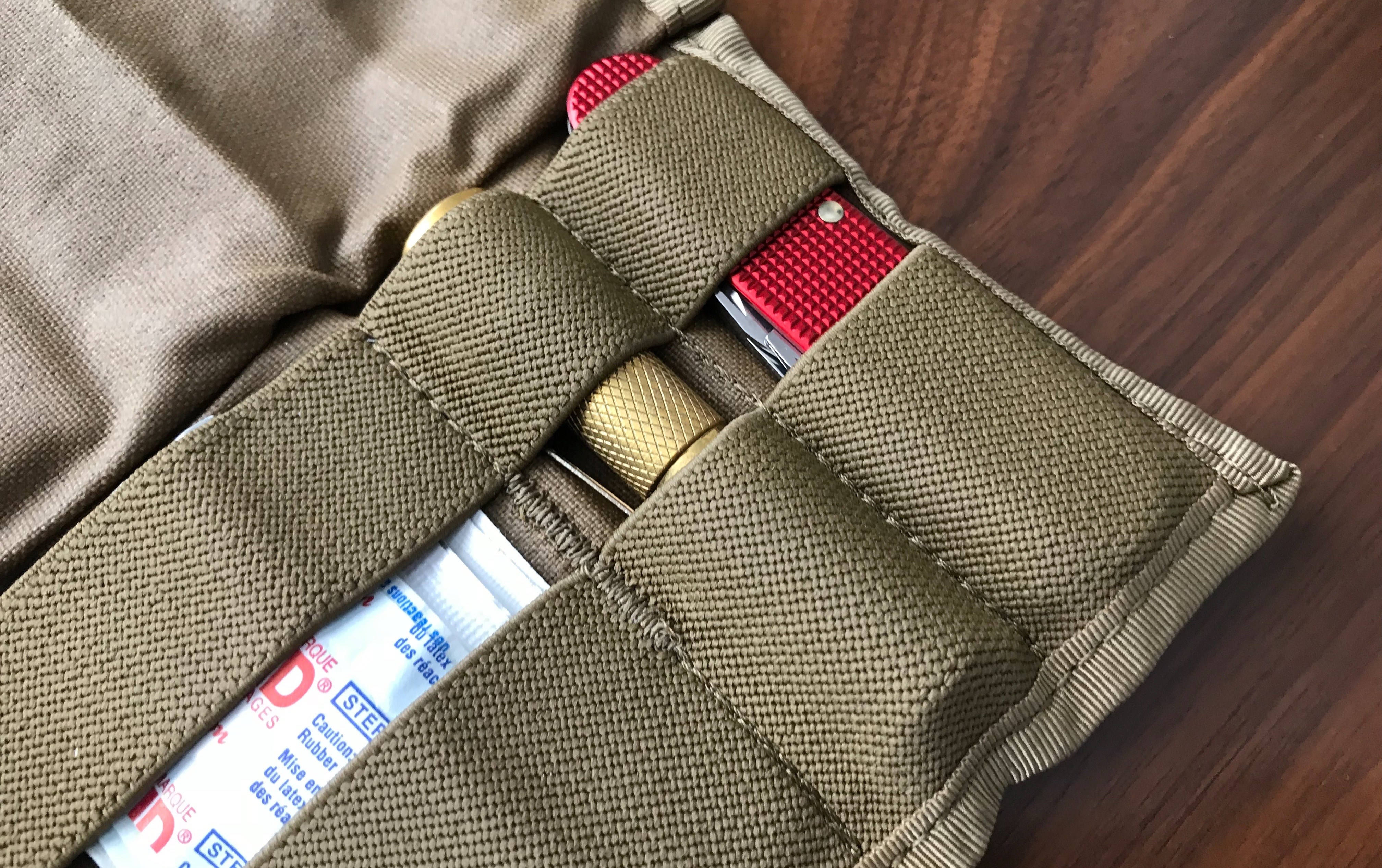 This pouch is usually never too far from me. I keep it with me when I leave the house, and in my nightstand as well. I’ve come to find it exceedingly handy.

This is what I’ve been looking for. It’s secure, it holds only what I need, and holds it securely. I can drop it in my pocket, hide it on my belt, or in any bag. What’s most surprising to me, is how affordable this pouch is. It’s a really great little pouch, highly recommended.