A whole new bag category for the blog, totes!

There was a recent change in local laws, this change means that grocery stores can no longer give patrons plastic bags, and they must charge $0.05 for each paper bag. The goal is to push people to use reusable bags, and for most, the 5 cent charge per paper bag is inconsequential but a little annoying.

But it pissed me off, naturally.

Not because of the charge, but because I had no clue it was coming and thus was ill prepared to have the right bag. Dammit, I hate not having the right bag.

Now, I assume like many, I have a growing collection of reusable shopping bags which seems to grow in numbers every time I have people over for dinner. You can snag these for $0.99 a pop at most stores, some nicer ones costing a bit more.

My first stop to a better grocery tote was the GORUCK Simple Tote. At $39 and built by a company I love, it seemed like a great option. It’s everything you would expect from a GORUCK product: indestructible.

The issue with it is that it’s very small. Too small for it to be useful for any shopping I do. If it were about twice the size, then we’d have something to talk about. If all you do is get a loaf of French bread and some milk — you’re solid. For me, no thanks. 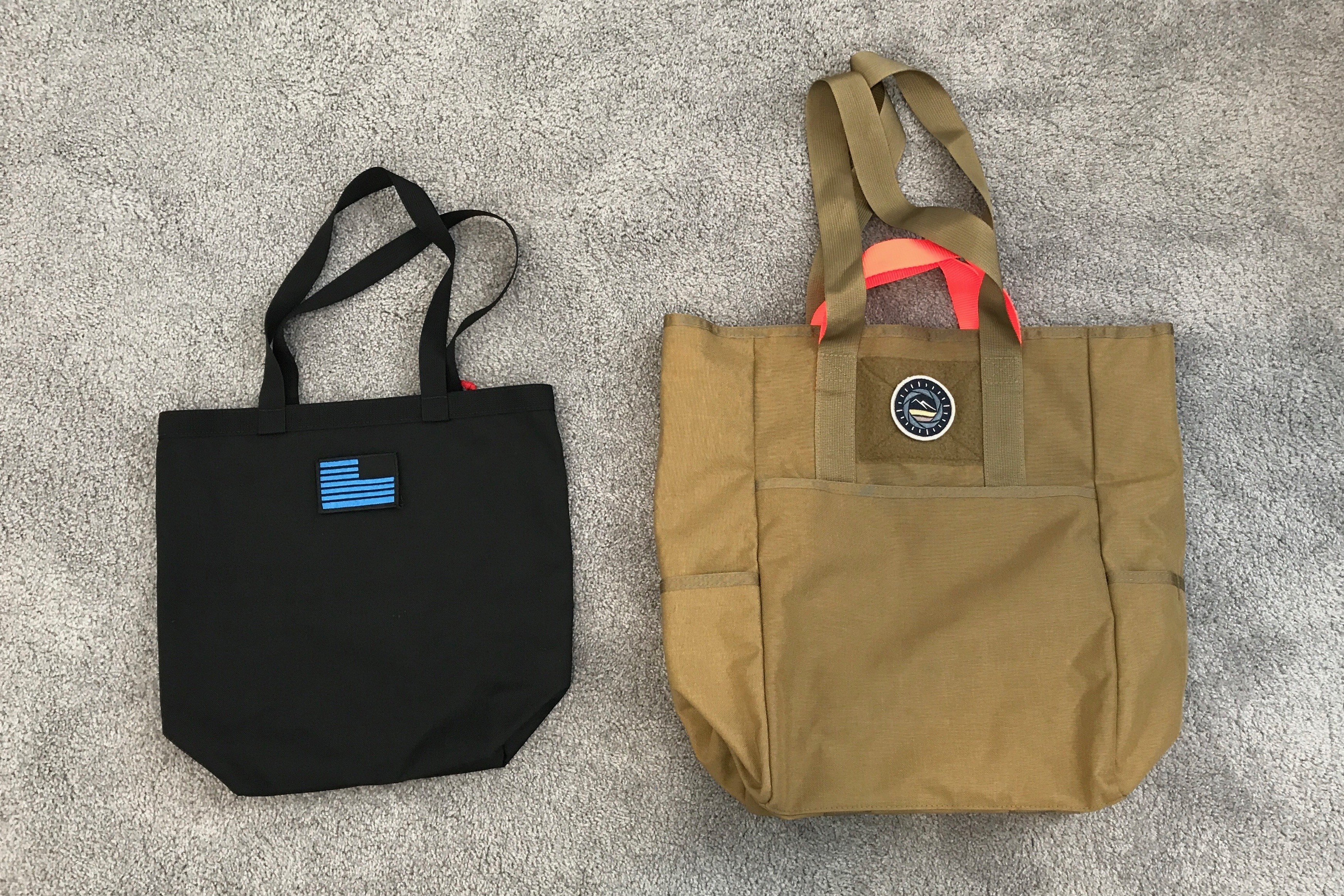 GORUCK on the left, PDW on the right.

Next I moved on to the PDW tote bag, and it’s basically the GORUCK tote on steroids and then some. Almost the moment I pulled it out of the shipping packaging, I knew this bag was going to be great. Which is fun, because now I’ve replaced 5 cent paper bags with a $50 tote — and that math will never work out.

This tote is just as capable of holding groceries, as it is to take the family out for a picnic. It holds an amazing amount of stuff, and feels like it will never break — without the material feeling like it’s rough and rugged.

I first thought the size of this bag was too big, but after using it, I think it’s a great size. More than being a great size, the proportions of the bag is fantastic and makes it easy to carry a lot of stuff. The bag also features some exterior pockets to better organize smaller items.

However, the best feature of this bag is the dual strap system. There are two main handles on the bag which are both rather long — easily allowing the bag to be slipped over a shoulder. Additionally, there’s two smaller (bright orange for some reason) handles on the bag in the same spot — these allow the bag to be more comfortably carried with your armed extend straight down. 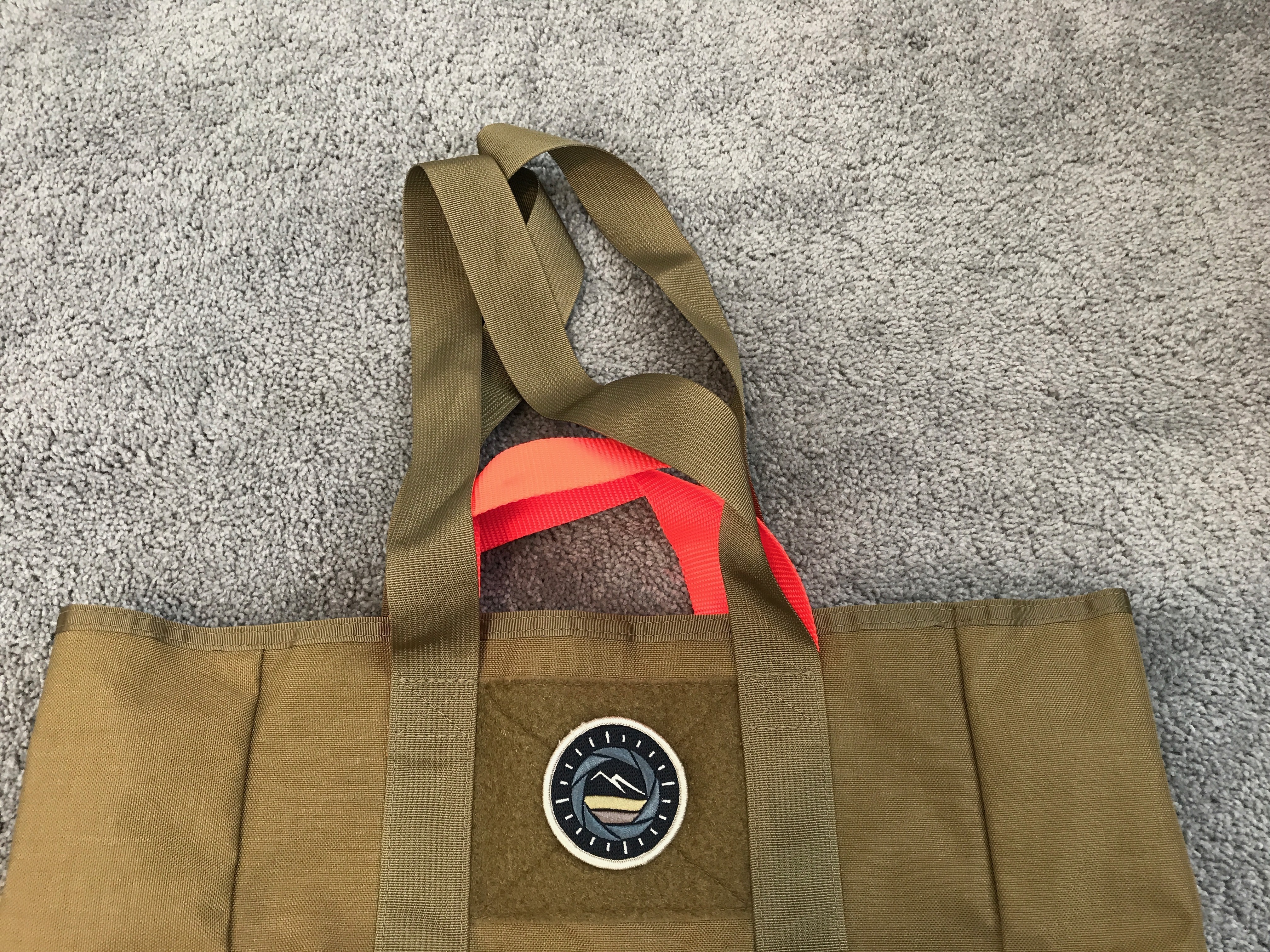 This dual strap system solves one of the biggest issues I had with most of the other bags we had — which was that they were never comfortable to carry. The CaB-II with these dual straps is fantastic.

Here’s another great review on this tote.

I highly recommend this tote, I might buy a couple more — these are damned useful.

Outlier has made some totes in the past, and Tom Bihn also has a rather nice selection of them — I’ve tried neither. Both look like solid options.

For me the PDW CaB-II is an awesome tote — not only for hauling groceries from the store, but also for family outings as well.