Why are packable briefcases not a thing companies make?

For years now I have struggled with the same problem, which is admittedly a problem for very few people. The problem is that I travel with just one bag, a small 20-26 liter bag, typically a GORUCK GR1 and I only store it at my feet on the plane. But when I get to where I am going, especially for business travel, I want a smaller bag which I can use to carry my iPad and a few essentials. All of which makes the GR1 overkill for most of those types of tasks.

I’ve never solved this issue, and I have tried numerous bags and setups. Some are hard to pack in my larger bag, taking up too much room, others are too large on their own while packing down nice. And a great many simply look terrible, such that I wouldn’t want to taken them anywhere but a hiking trail.

What I Am Looking For

Ideally here are the list of items I am looking for in this bag:

What I Had Made

To solve this issue I commissioned to have two bags made based on a rough drawing and dimensions (based on Tom Bihn’s Daylight Briefcase) I laid out. I’ve had these bags for a few years now, and while OK, they are still not ideal. Still, for what I paid and the fact that I only passed someone one image, they turned out great. 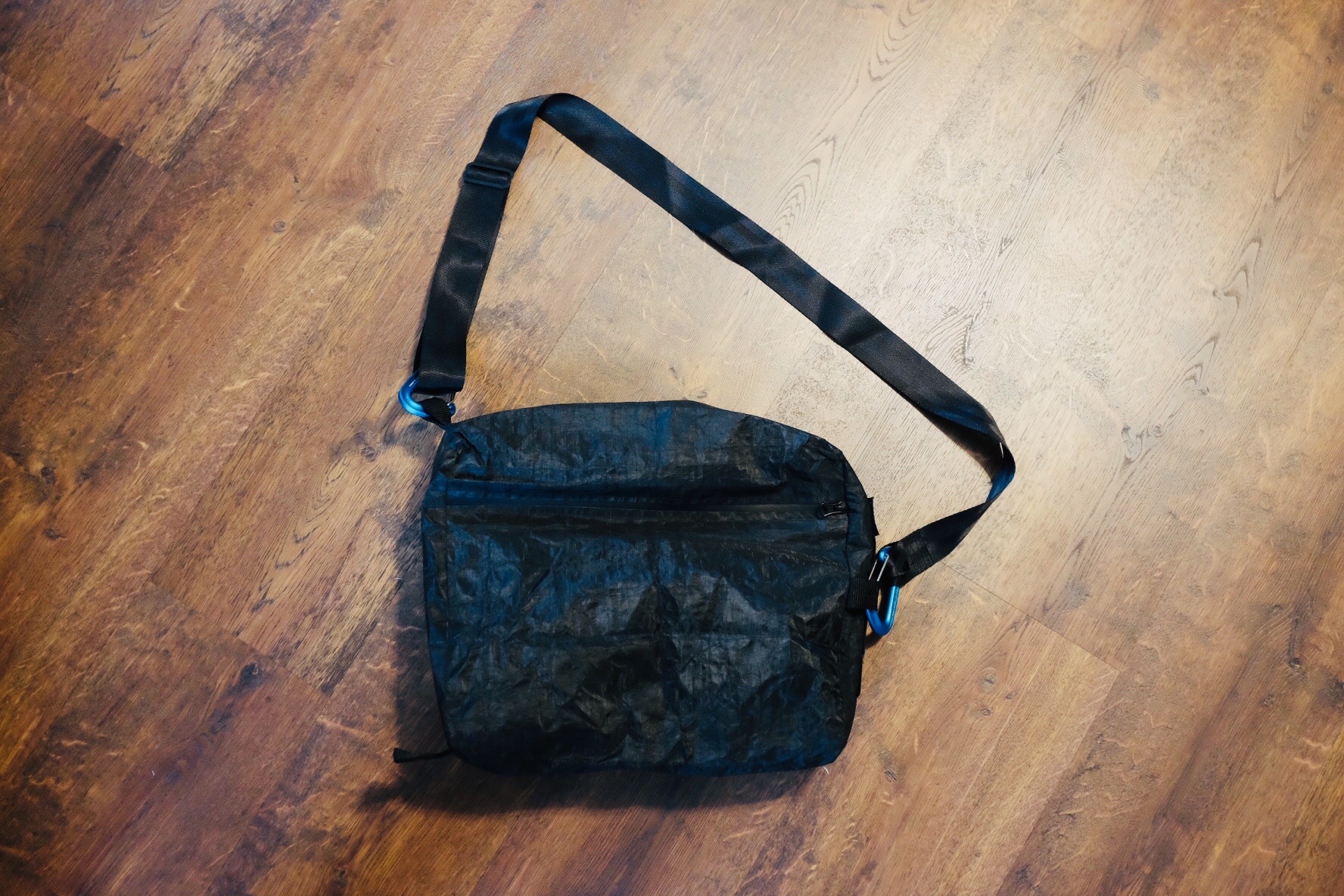 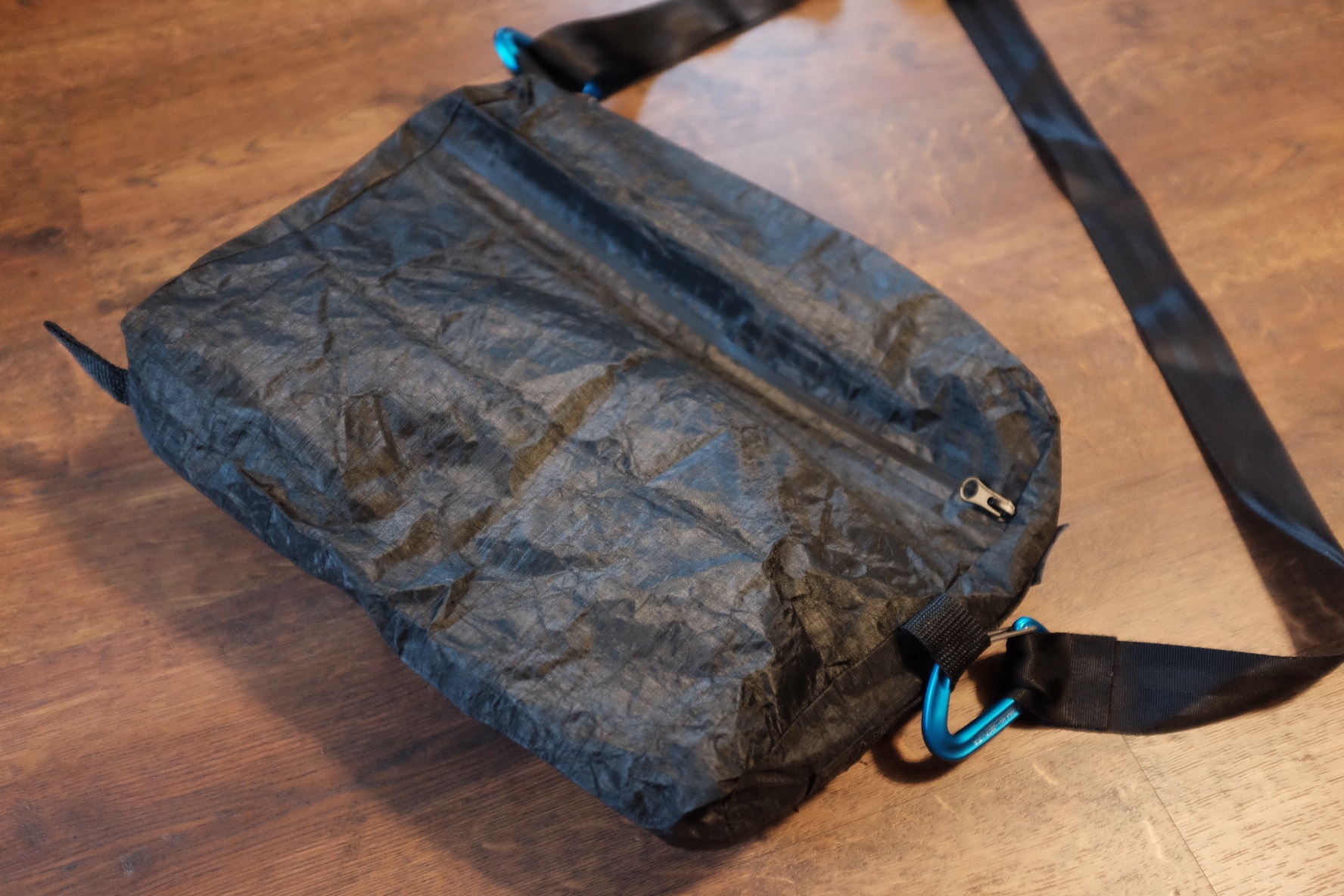 I based my design off of Tom Bihn’s Daylight Briefcase for the dimensions and general shape. I took cues from SDR Traveller’s D3 duffel for how I wanted the straps to look and function. What I ended up with required further strap tweaking from me, but essentially it is a very light weight shoulder bag. It looks nondescript which is ideal for this use and it packs down to nothing. 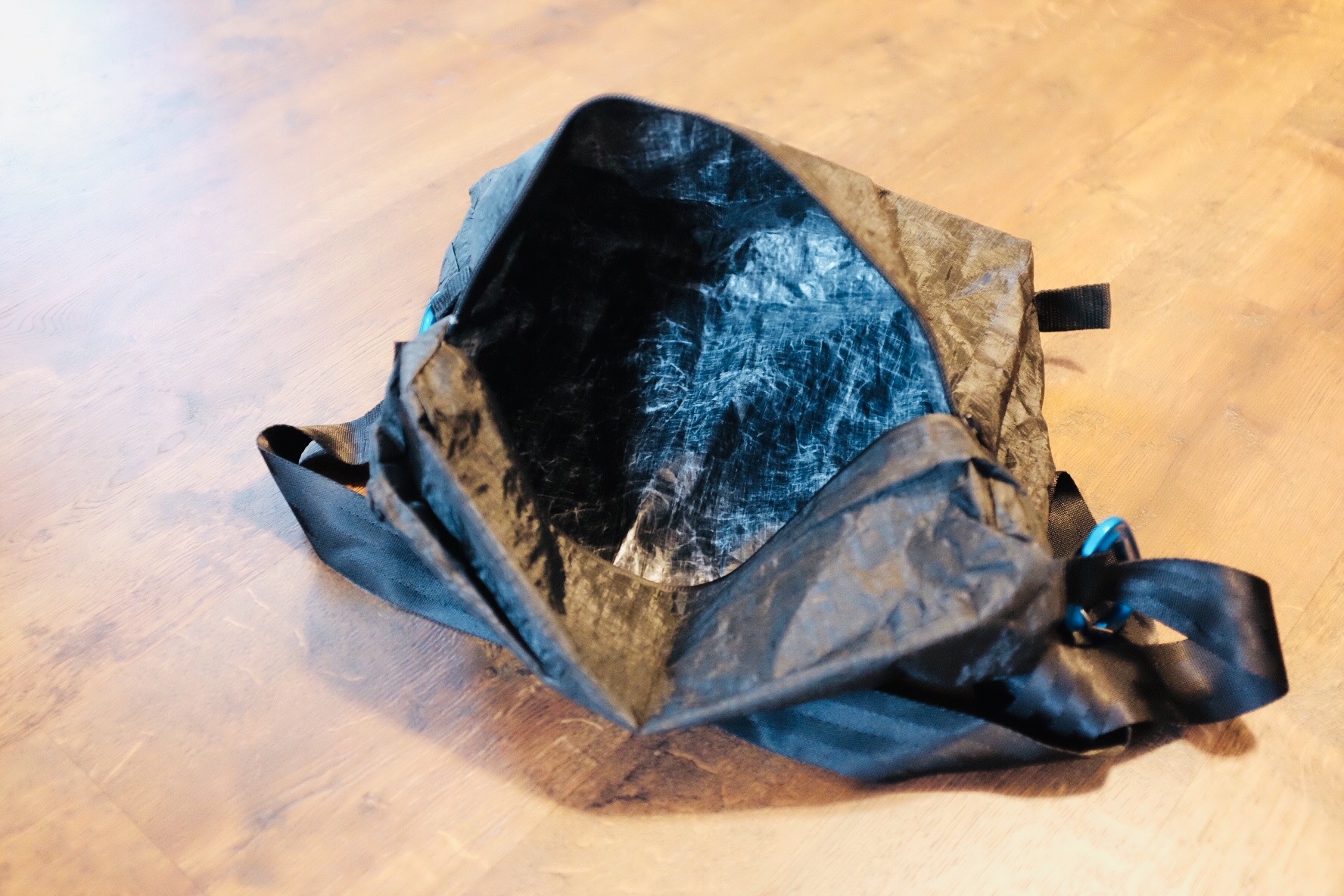 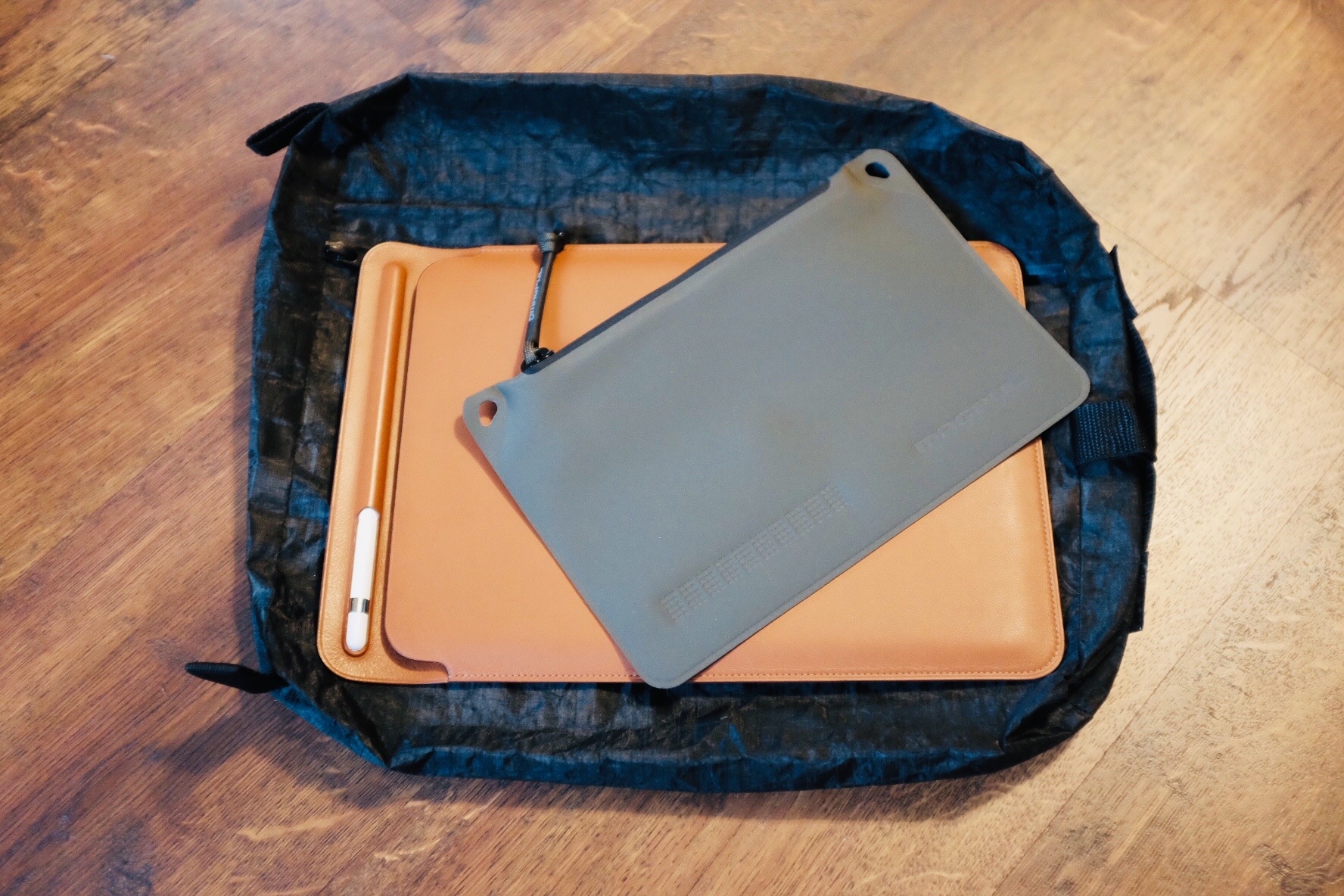 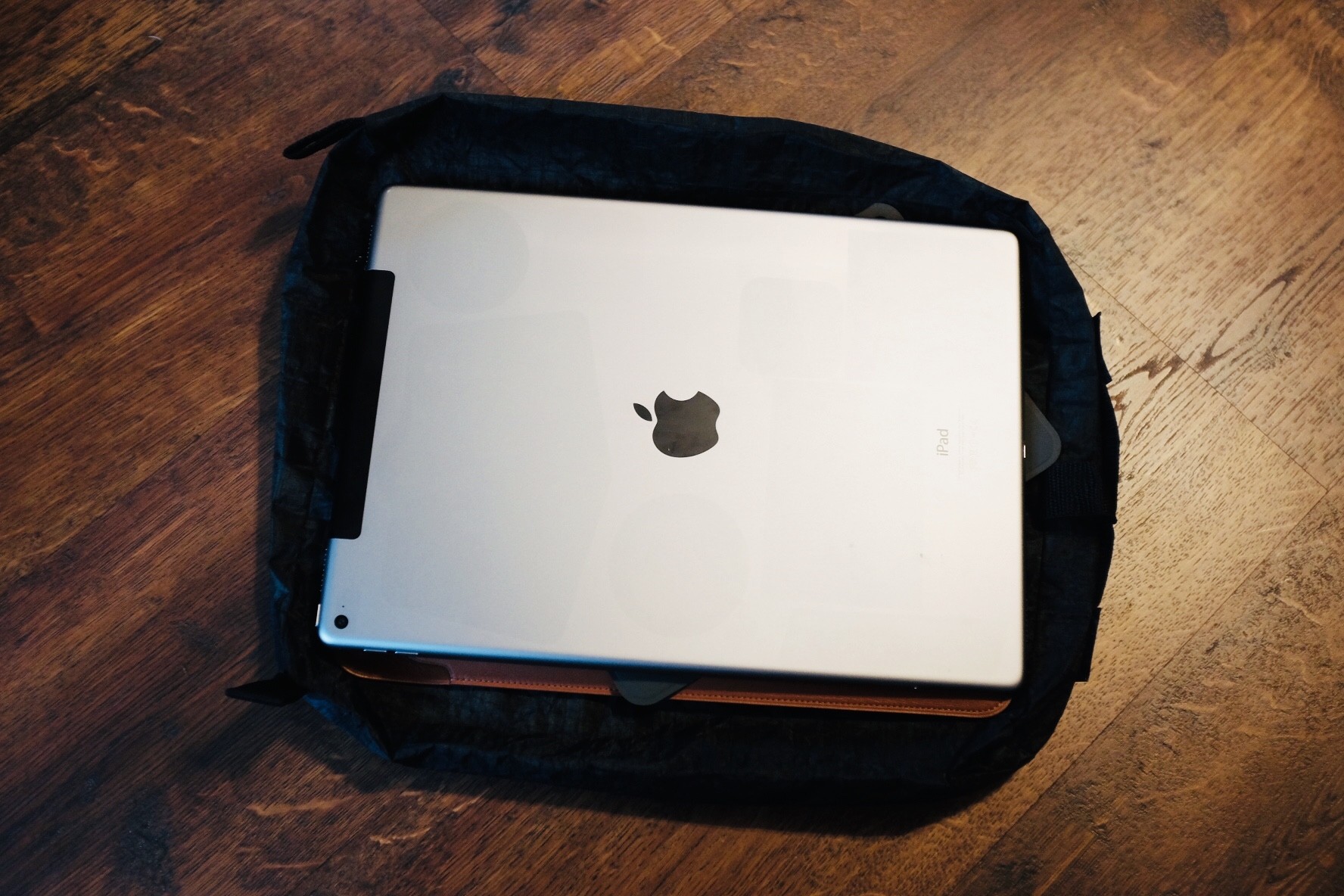 It is sized to hold a 12.9” iPad Pro, and is actually still a bit too large. Of course it has no padding in it, the thinking being that I would protect the iPad in another way. So far I’ve done that with the Silicone case on the iPad, and Smart Keyboard Cover, or by using the Apple Leather Sleeve to protect it. I know that doesn’t sound like much, but I’ve yet to run into a problem with this. 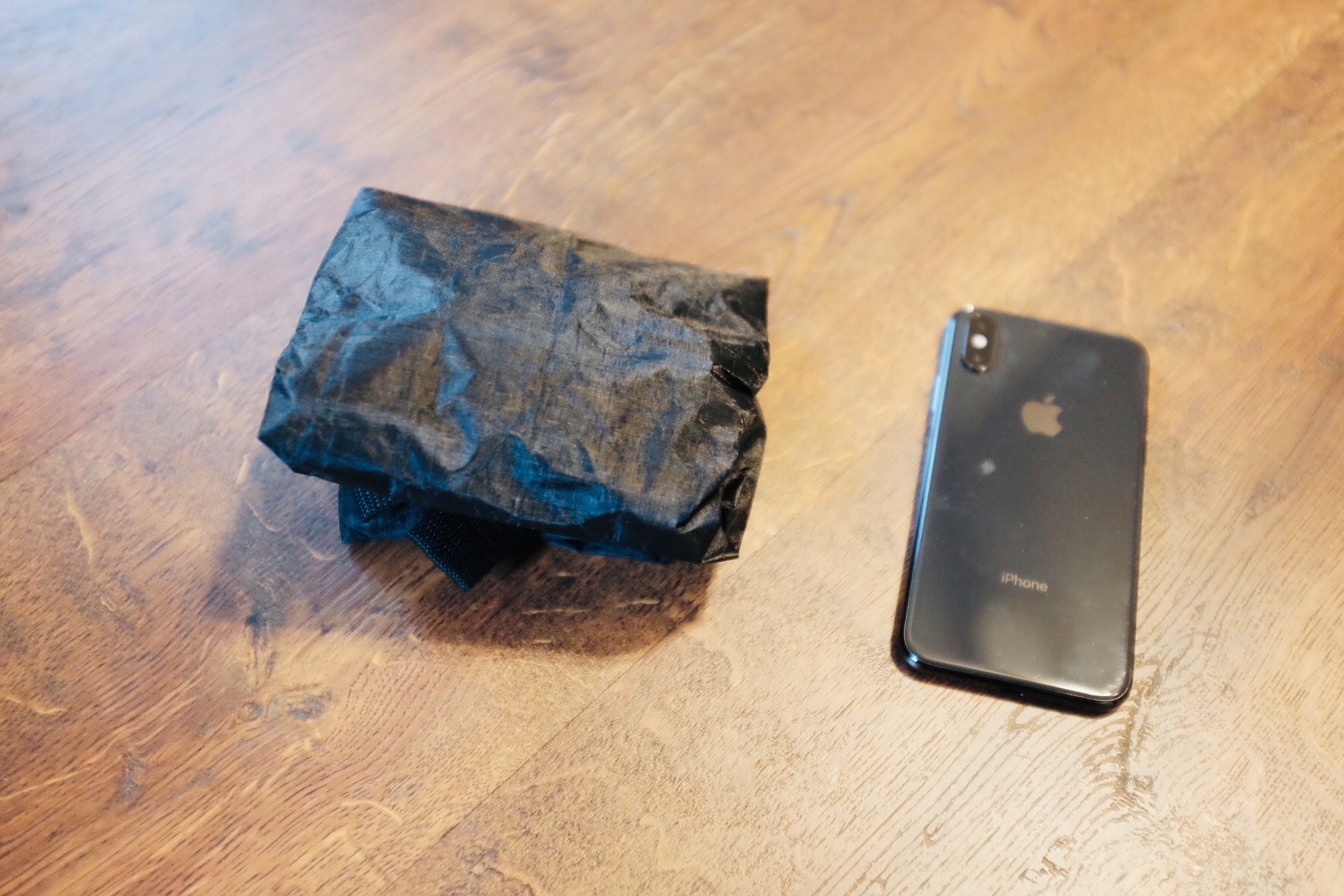 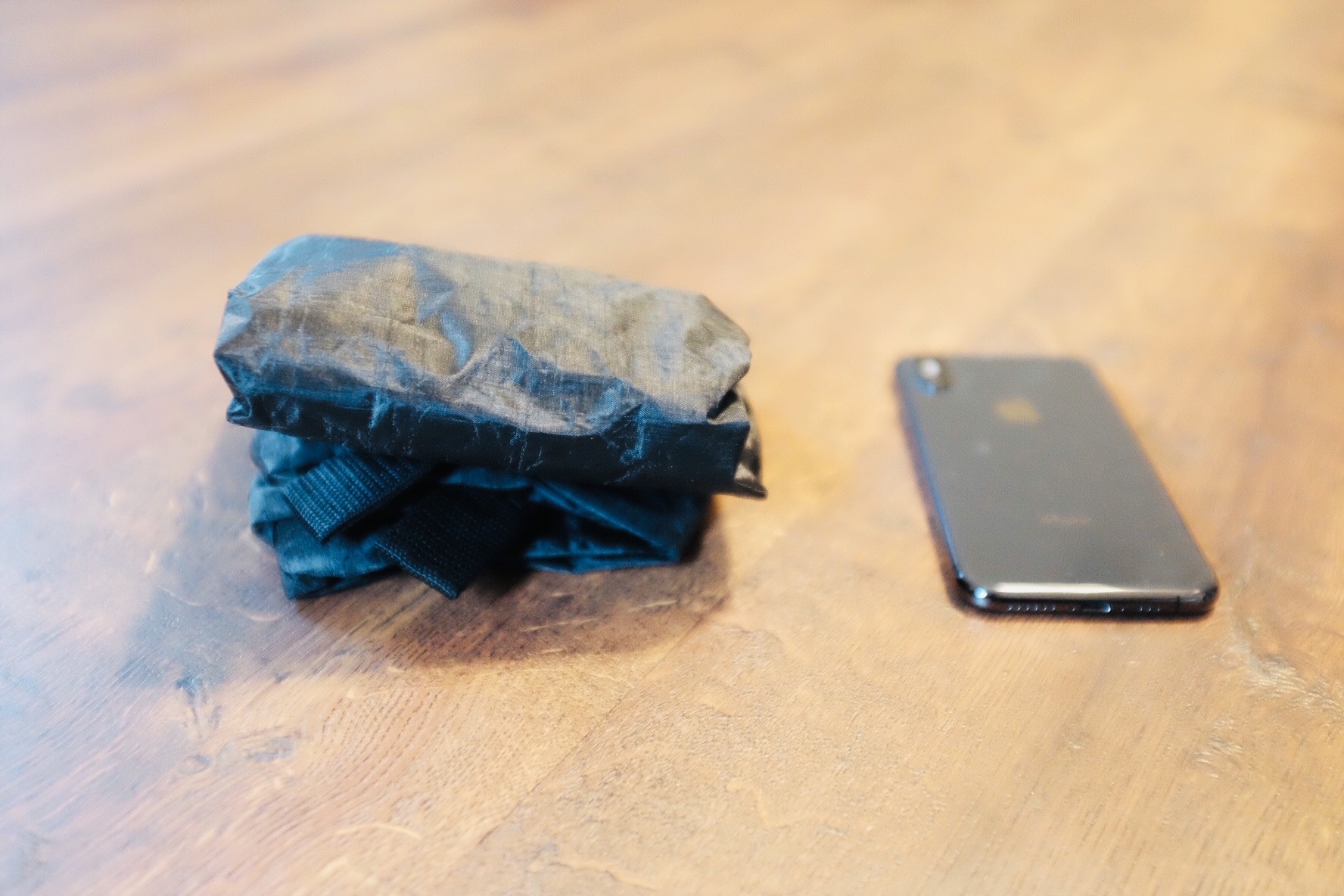 Overall this bag works well, and accomplished what I wanted. Had the person making the bag been local, I think there would be several more iterations of this bag, and an ideal variant having been realized by now. Alas, that was not the case.

Since the bag is not perfect, I set about this last month searching for what else might be out there as a viable option. Here’s what I have found, in no particular order:

What I am Going With For Now

I am sticking with what I had made for me for now. I had stopped using it, but circled back as it really is the closest to meeting all my requirements and is far cheaper than buying something from SDR. I still think I could make something better, and still might put my sewing skills to the test. Until then I remade the strap for my custom bag and am going to see where and how well it works.

For those who are not me, I think your best option is the Tom Bihn daylight briefcase, followed by the price-gouging-SDR Field Satchel.