I am a news junkie, and a completionist. That combination means the day I discovered RSS and, specifically at the time Google Reader, was the peak of my news obsession. It’s been downhill since then.

While I still use RSS, most sites now abuse RSS in egregious ways. They randomly republish their entire feeds every month, or they don’t offer feeds for the ‘latest’ content instead forcing you to go find categories to subscribe to. Some flat out ignore RSS, instead telling you how great their miserable newsletter is.

And then Apple came out with Apple News and it was to be great. It was a visual RSS reader with Flipboard like aspects. But the reality was far worse, and though they tried, Apple News seemed destined for failure. However, over the past year Apple News, now just ‘News’ has become secretly really great.

Allow me to explain…

Gets a Bad Wrap

Like .Mac, MobileMe, and iCloud before it, News started off like a pile of shit with good intentions, and then quietly became so good that everyone needed it pointed out that ‘actually its really good now’. When News came out, it was device specfic. Which meant that not only what you saw on one device would be different on another, but that if they were the same, the scroll position wasn’t there. News had no idea you had other devices. It had no idea what you might like.

Now it has a much better idea, and it’s pretty great. Everyday my morning reading routine goes like this:

So it is fascinating to me that the highlight of my morning is always Apple News. Flipboard is more visual, but less useful. Most of the topics are utter shit. Only “trending” seems worth the time anymore — and that’s only to stay up on pop culture, and less on interesting shit. Flipboard is mostly a wasteland.

Economist Espresso is extremely good, but short and fast to go through. My inbox is a shit show. RSS is hit and miss, and honestly a bit boring most days. But Apple News is where I find the majority of the stuff I read. They do an excellent job with human curation of major news. Siri does great and surfacing stories I should like, from sources I otherwise might not see. It is, like iCloud these days, rock solid. 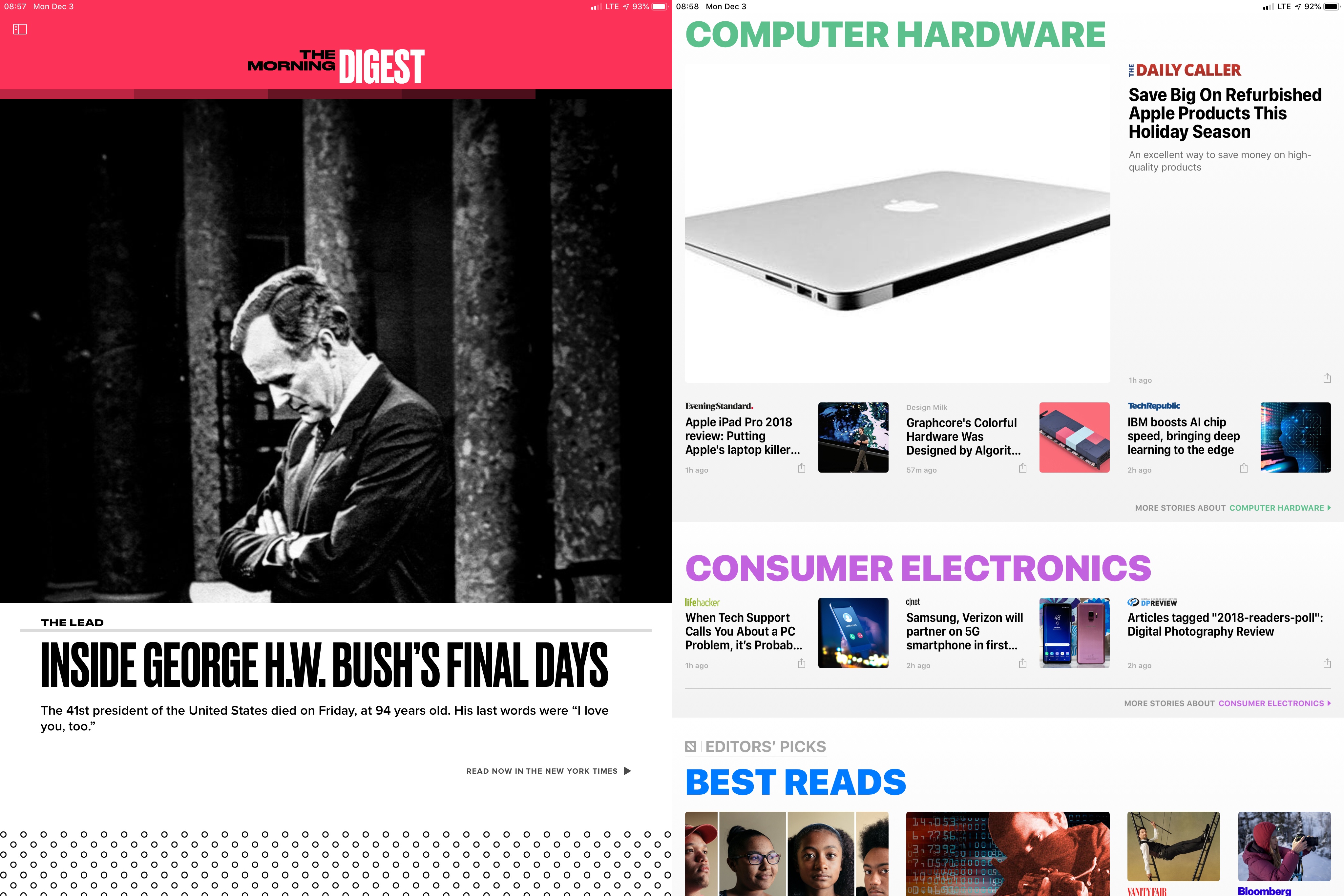 How to Use It

What I have come to realize is that you can only check Apple News once per day. I know that seems counterintuitive, so allow me to explain why.

Syncing Was a Big Help

One of the biggest helps was the syncing. While it doesn’t sync position, it does show the same content across devices at the same times during the day. So if I started reading on my iPad, and had to pick up on my iPhone, I’m not immediately lost.

The biggest tip: use those hearts to tell News what you like and don’t like. Don’t be shy, be aggressive with it. The content will get better. Also subscribe to a bunch of interesting publications. It will look crappy for the first few days, then Apple News will do a better job at surfacing relevant content.

Give it a week.

Save to Read Elsewhere

Don’t read in Apple News, use it to find good stuff. Save the rest to Pocket. Pocket is the best. Tap, hold, Pocket.

Speaking of saving to Pocket, some articles seem to only be able to be read in Apple News. Be prepared for this extreme annoyance. It happens to me about 2-3 times a week.

It’s free, so really there’s nothing holding you back from using it. Read it in portrait on your iPad for the best experience — which also applies to most things in life.