Yeah they are ugly, but they are stupidly good too.

When I wrote my first impressions of the MACV-1s it was a mix of underwhelmed, and pleasantly surprised. But that was many miles ago, and I still wear these boots almost everyday. So it’s about time to answer the big question: are they any good?

I think for like monetary reasons, you are supposed to not reveal things until the end of the post, but yes they are quite good and worth the money. There’s some caveats to that, of course, but suffice to say I am thinking/wanting to pick up a pair in Coyote as well. I really like them, so let’s dive into the nitty gritty then.

If you want to stop now and buy a pair, here you go. 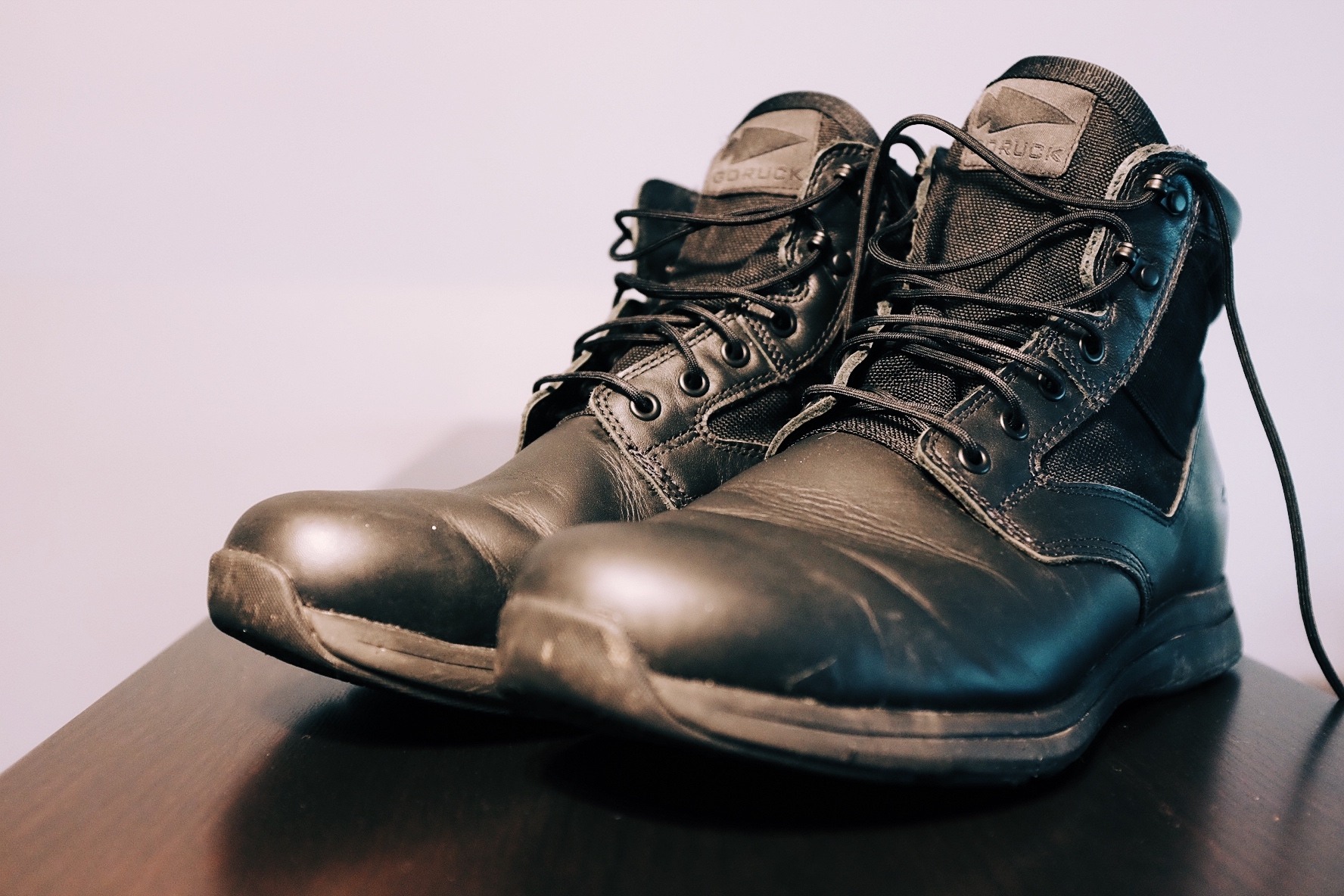 My primary complaint in my first impressions was that they were not nearly as comfortable as I had been lead to believe they would be. However, that simply required break in and now they are easily the most comfortable shoes I own.

For starters the boot is softer than you would expect. That includes the Cordura uppers, the leather toe box, and the sole of the shoe. They are soft and supple. Because of this I think the notion of “zero break-in” is misleading.

It’s true that you could go out and ruck in these without the normal boot break in period of time and come back from that ruck without a single issue. That’s what I did to test them.

However it’s also true that during that first ruck — or even the first three rucks — you will be thinking “these are like magic cloud pillows on my feet”. Rather: they don’t suck, but I thought they would be better. Luckily, they get much better after a few rucks when they are properly broken in.

For the fit side, I had to size down half a size from what I normally wear, so a size 11 instead of an 11.5 — this is in line with what I wear in dress shoes. I find GORUCK’s sizing information to be misleading here as well, as I got a size 11.5 based on that and they didn’t work. My advice: order two pairs and return the ones that don’t feel great.

That’s annoying, but it’s the current best plan I have for you, because based on everything I read I would never have bought a size 11 over an 11.5.

They fucking rock for rucking.

My first tip is to wear thicker hiking wool socks — these makes the boots far better when rucking and is something I am not accustomed to doing. Typically I ruck in cross training shoes, and when it is nasty out I wear Danner or like styled hiking boots. These kick both of those shoes asses.

There’s no slip with my heel or any part of my foot. They don’t slow me down like hiking boots do when I am on a sidewalk — while at the same time giving my foot great support. With cross training shoes the bottom of my feet were tired after a ruck, with these boots my feet feel perfect after my normal ruck. And yet, I don’t feel the weight of a hiking boot — it’s the perfect balance.

They are fast and comfortable, but with that there are a few caveats.

From a performance stand point, I’ve not rucked in a better pair of shoes. Not even close.

I said it when they came out, I said it in my first impressions, and I will keep saying it now: these boots are ugly. They ain’t got no alibi. That said, they make up for that in performance. I think the Coyote (from the pictures only) look way better, but then you have to deal with that color. Whatever, they are ugly boots that kick ass for rucking. Such is life.

Durability is a far greater concern for me. The first marker is how well the sole is holding up, and suffice to say I am impressed. The best I can gauge I have over 55 miles on these shoes, and there is only the slightest sign of wear on the soles near the heels. I would see far greater wear on just about any pair of shoe. It’s weird because the rubber doesn’t feel overly hard, but it holds up really well. I suspect part of this is that there is a large contact area for the sole, thus dispersing the wear better than the average shoe. But that’s a complete guess on my part. 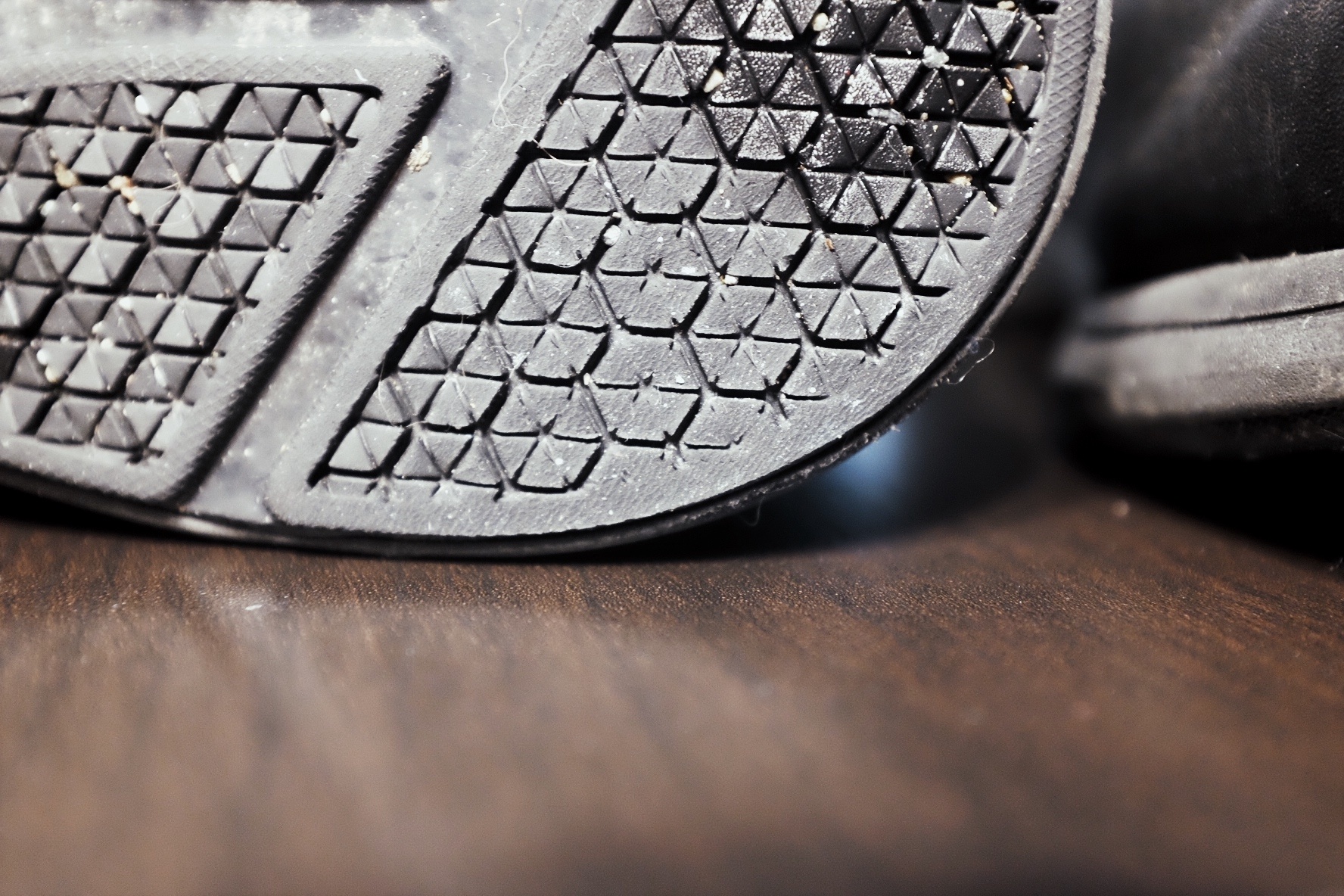 I can only detect the slightest wear on the heel.

The second durability issue is the leather. It’s really soft. Not just to the touch, but I’ve gouged it in several places. Two were so bad that I had to glue a flap of the leather back into place so that the ugly boots didn’t look even worse. I know, right? 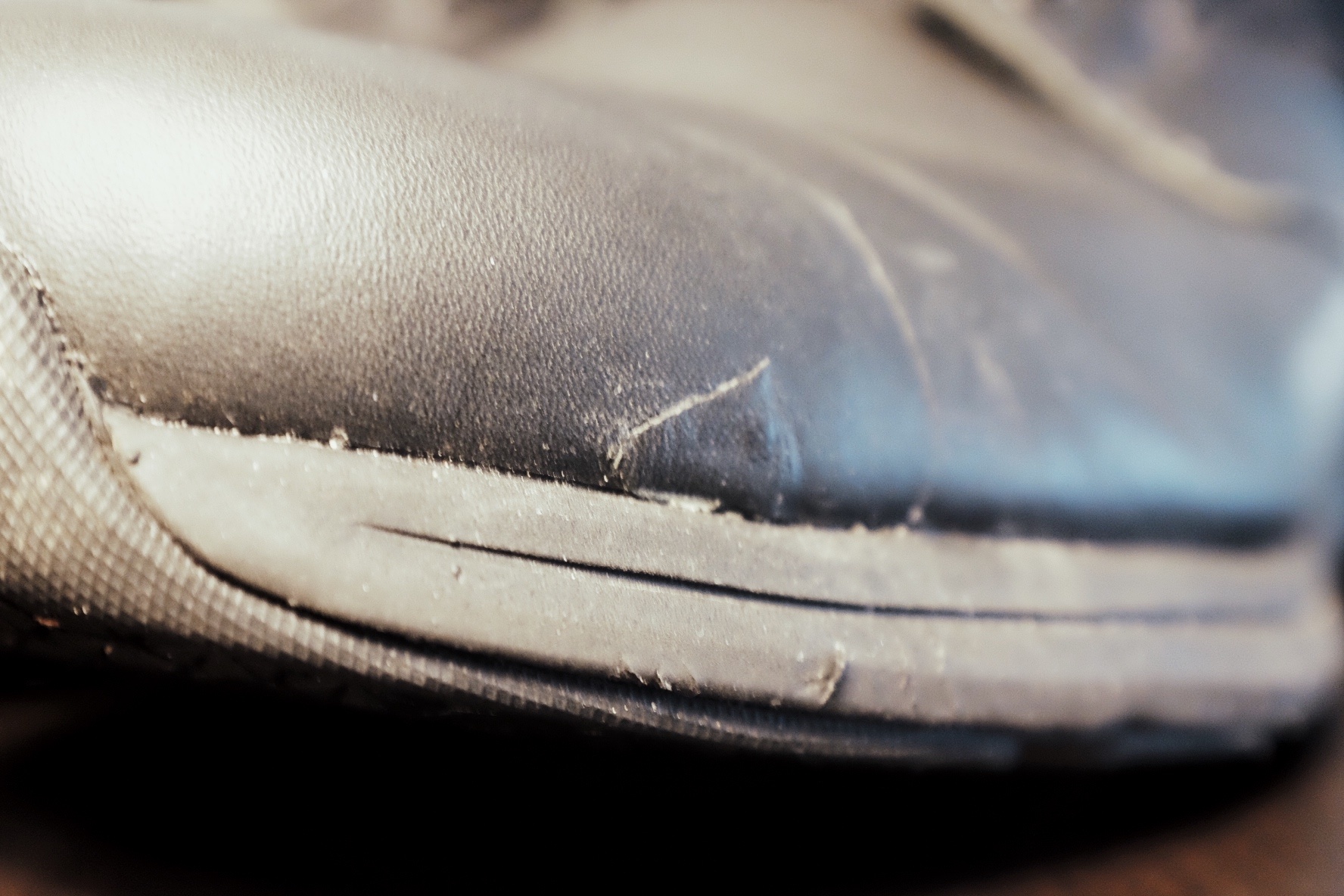 The worst gouge in the leather.

Same shoe, other side, nasty gouge.

It weird, since I have not done anything in the boots I can think of that would cause this type of damage. Certainly no other shoes I own have had this issue. It doesn’t effect anything but the appearance, and since getting those two over 6 weeks ago I have not seen any further. Not really sure what to make of this, or if the suede finish on the coyote would perform better. But it’s odd.

I’ve seen some pictures of these boots which are scuffed to all hell. Again they are for rucking so this isn’t that big of a deal, but a bit unexpected still. 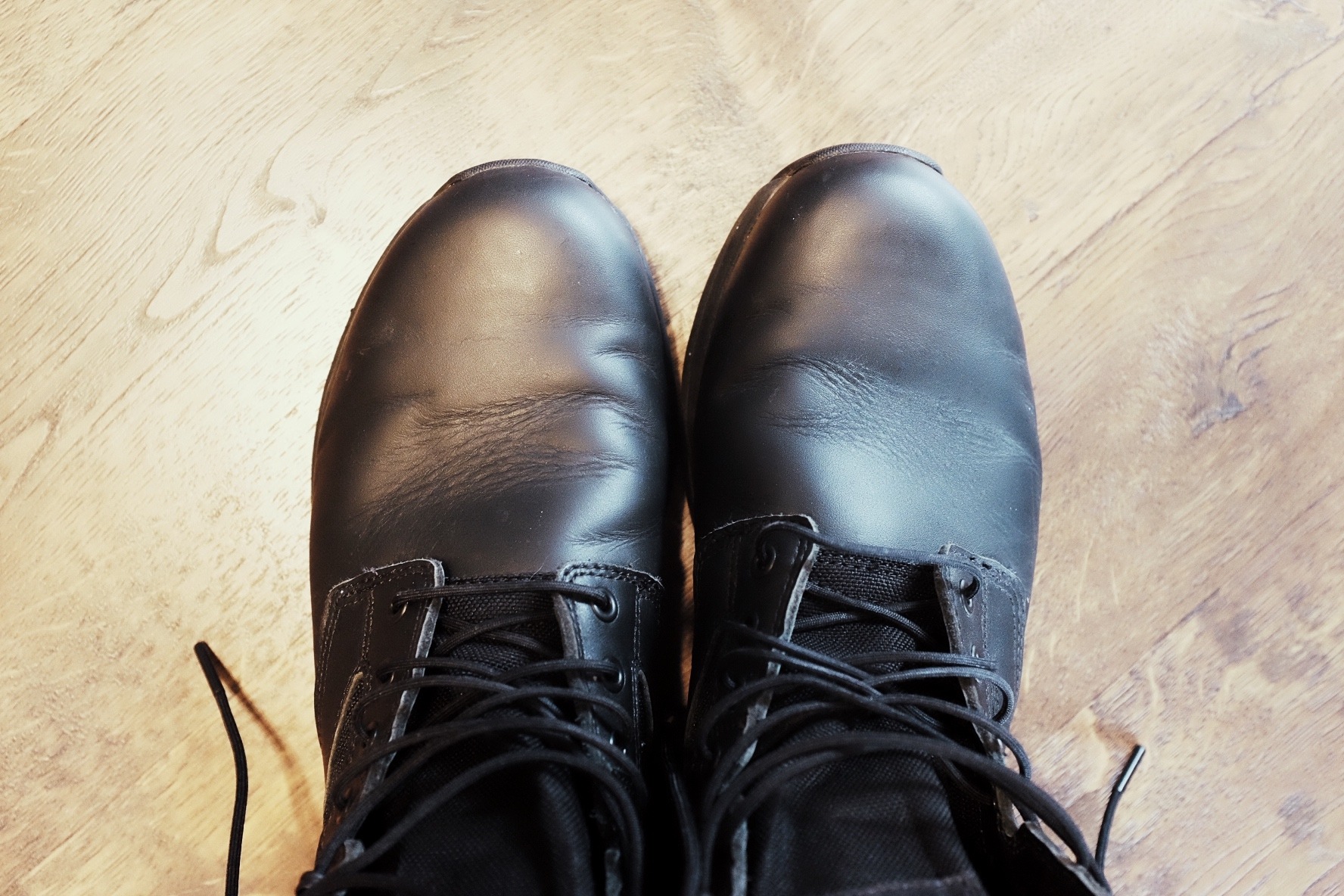 They are my go to shoes for everything except those occasions where I want to not wear ugly shoes. Hell, they are better looking that Allbirds, so that’s a plus.

Are they worth $195? Well, I think I am going to get a pair in coyote as well — does that answer that question?

If you ruck, buy them.