Perhaps the best knife option if you oddly only want to own one knife.

I’ve been needing to review this knife for a while. This is especially bad since I love Benchmade knifes and think they are one of the best knife companies out there — eat your hearts out Spyderco fans, Benchmade is superior. I’ll give you a simple reason: most Benchmade knives are ambidextrous, most Spyderco knives are made for right handed people.

Anyways, the ‘mini-grip’ as it is known is often heralded as one of the better, if not best, everyday carry knife options out there. It’s versatile, inexpensive (relatively), and well made. Let’s see how it stacks up…

If a knife cannot be easily carried, then what’s the point? You might as well get a fixed blade knife and strap it to your belt. Carry is important, and what I mean by this is that it needs to feel good in any of your pockets. For the most part the mini-Grip carries well — offers a fairly sleek set of lines with nothing too sharply protruding which would cause it to unnecessarily wear your pants pockets.

Benchmade offers a range of pocket clips you can get, but the standard one is solid and no thrills. I personally don’t use pocket clips though so I won’t comment any further.

With the pocket clip on, this is a bulky knife to keep in your pocket. The clip does give you a nice bit of extra grip when opening the blade, but I removed the pocket clip because this makes it much easier to pocket. If you don’t like clipping knives to the edge of your pocket, then remove the clip on this one, and enjoy the svelte nature of the knife.

I’ve been using this knife now for a little over two months and have really enjoyed it in a weird way. You might notice that I bought the version with D2 steel, which is basically the lowest grade steel you can get for this knife. I did so because I found a new one cheap, and I already have a lot of pocket knives here. I wasn’t convinced this would be worth putting any more money into than needed, and D2 is interesting in it’s own right.

Anyways, that was a mistake because I really like this knife.

I am a big fan of the full sized Benchmade Griptillian — it’s my go to outdoors and hard use knife. I customized it, and I love it, it is all I need out of a bigger knife. And this min-grip is a perfect smaller version of that knife. It’s everything the Griptillian is, but in a smaller package.

It’s not quite the slicer I hoped for, but that’s my only complaint with the blade, and most slicer blades are thinner and thus a little less durable — a trade off I am happy to make here. 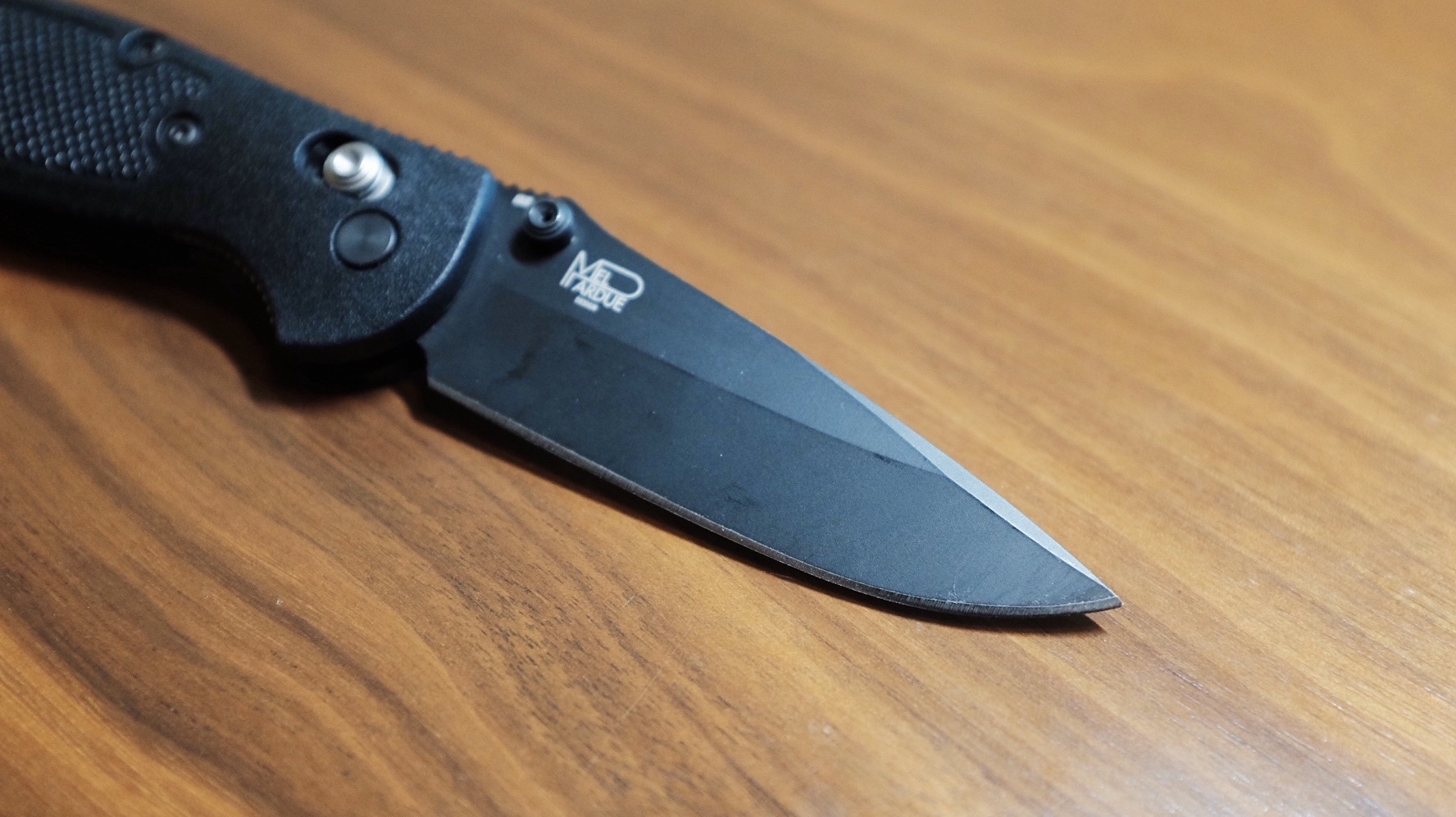 I do prefer micarta handles, and I think the basic handles on this blade detract from it, perhaps customs scales are in my future, but then again, these are light and usable. They are however likely to give you a blister if you work all day with the knife.

Benchmade’s AXIS lock remains my favorite. It’s easy to operate with any hand at any time. It works and functions well, while also not adding bulk to the blade. It’s the best out there.

When it comes to using this knife, I love it. There’s no real downside for my usage. The handle size is ideal for my hand, while still being small enough to slip into your pocket. There’s no one thing the mini-grip excels at when it comes to using it, but there’s also not really anything it falls flat on either. It gets very high marks in pretty much all situations, this is really surprising to me.

I’ll likely buy a more expensive variant for my rotation with 20v/M4 steel or something because I absolutely love this knife. I’ll replace my Gent with this, as that’s an easy trade off. It likely won’t see pocket time during the week, but weekends will be all about this knife. 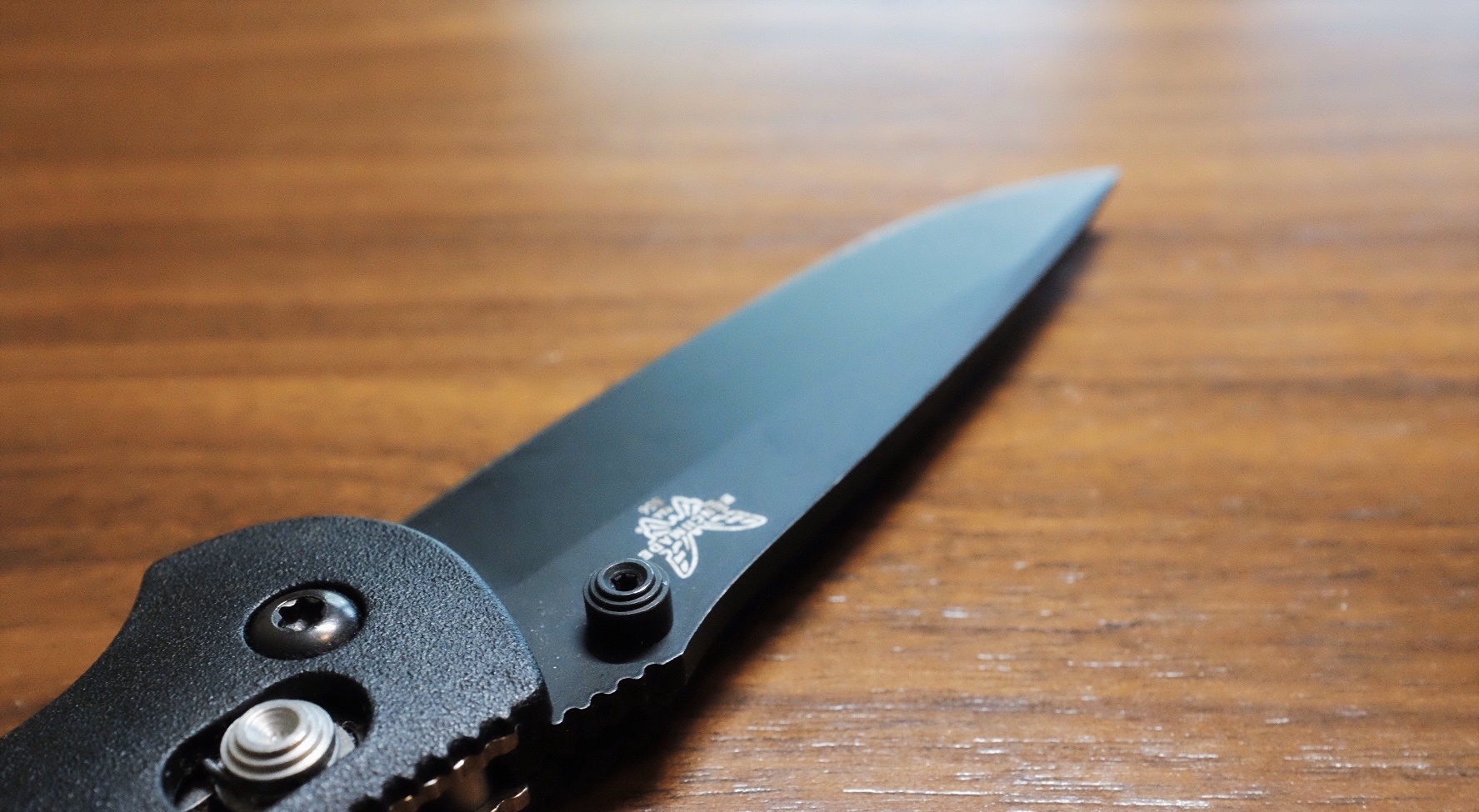 I’ll also go out on another limb, and tell you that if someone said I could only have one knife — this would be my choice (but not in D2 steel). I could easily see it being as capable in the woods, as it is everywhere else. And since you likely are wondering, for that ‘only knife’ scenario it would be M4 steel. I like a tougher steel, and I’ll trade off corrosion resistance any day. You can care for a knife and keep it corrosion free, but you can’t make a weak knife tougher.

Unless you work around salt water, then you want that 20v. That is all.

Go get one here.