The how and why of switching to iPad full time.

How do ‘we’ best integrate computers into our daily lives? Computers are complex and often overkill for most of what we do, and yet feel absolutely essential for modern life whether work or personal. So if you want to simplify, you have single purpose computing devices, like a calculator, good at a smaller subset of the tasks, but good at only those tasks. So where do you go if you find that level of simplifying to be absurd?

iPad Pro sits in what feels like no-mans land. It is not as good as a laptop in many ways, nor is it as good as a single purpose device at one specific task. But then there is the fact that (in 2015) I, along with many other people over the last few years, decided to walk away from traditional computers and embraced iPad Pro as a primary computer. I wasn’t sure how successful this would be, but I have never looked back. (Think of it like how you could go away for a weekend with just one pair of pants, but could you actually take that leap of faith and only pack one pair?)

The iPad Pro has not only been a success with replacing a laptop, but it’s proven a better tool than a laptop.

And you too, should be switching to iPad Pro as your main computing platform.

Why do people care about battery life? Who needs to carry a charger? These are the basic questions I find myself thinking about now that I have been on an iPad Pro for four years. I remember the days of carrying a MacBook, and needing to make sure it was fully charged or I had a charger nearby, worrying about getting ‘good’ spots next to outlets. That’s not an issue with iPad Pro — the battery is fantastic almost without fail. And there’s more, iPad Pro isn’t just that it is super small and easy to carry around, it’s that the overall package and accessories are also small and easy to carry around. You don’t need to carry a charger, or any cables. You just need (at most) the device, keyboard, and Pencil. And even then, really you just need the device. And that’ll last you an entire day. 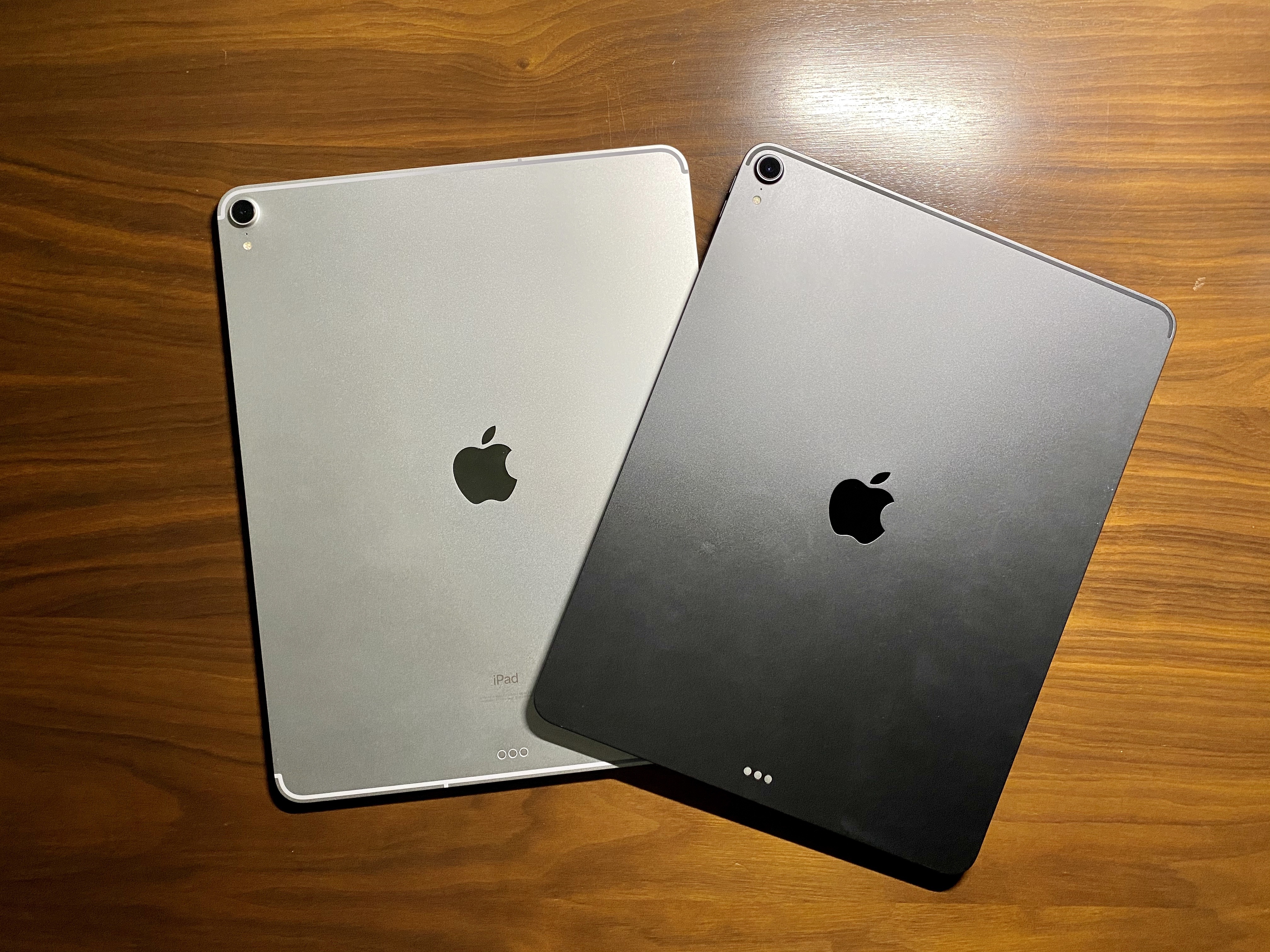 Think about that for a moment — how much did you tote with you the last time you took your laptop somewhere? Think, about choosing the best spot to sit and work, not the one closest to power outlets.

iPads are almost unfathomably small and sleek and that’s before you notice the speed and battery life.

Sleek, not in the way, iPad Pro.

Drawing to Excel — you name it. There used to be limitations with what you could do on an iPad — but those limitations are melting away, the last vestige being iOS developers looking longingly at a better computing future. These are the people you hear from most, because they are the most likely to write a blog about it, while the rest of the world just switches to an iPad without making a thing out of it (burn).

To be clear, you can do this stuff on a laptop, however you can do all of it better and easier on iPad Pro. Let’s use a client pitch meeting as an example. Imagine you are in charge of securing a sale of some software something, so you need to go meet with the client. You need to show software, show examples of other things — you need a computer. But you also know that you can’t type notes on a laptop screen, as that generally makes other meeting attendees feel ignored, so you need a notebook to take notes as well.

Or you just need an iPad Pro.

Scribble notes with the Pencil, share documentation and proposals. Show off software, designs, or sketches. Your device will never look cluttered because if the client does see your screen it’ll be locked to just one app or a clean home screen. This also translates to: interviews, school, Starbucks work sessions, or airplanes.

It’s not that you need a stylus, a keyboard, or whatever to do these things. You need a tool that is a flat slab of glass. That’s what the iPad has going for it, and what allows it to be a flexible tool. For those looking for the one thing a laptop can’t do that an iPad Pro can: using it in portrait orientation to better read and edit long documents.

On a MacBook I fly between screens, windows, and apps with ease, getting exactly what I want with minimal time — all a few keystrokes away. It was routine that during a moment for though, to flip to something else for, check it out, then go back to the task at hand.

“I wonder if I have email, CMD-Tab, check, CMD-Tab back.”

I found I only did this when I hit a roadblock, something which required a little more thought than what I was already engaged in. Instead of thinking I took a moment to distract myself, and never really got to thinking. It’s productivity by doing all the things which are trivial instead of doing the things which really need your brain power to do.

This doesn’t happen on iPadOS though. It’s too clunky to try for that speed and grace of moving without thought. Too much still requires a finger tap on the screen. Thus, leaving an app to do something else isn’t measured in milliseconds, but in actual seconds. It’s like calling someone instead of texting. Calls are higher fidelity, but required more time from everyone.

We suck at focusing not because we can’t do it, but because we like dopamine, and most apps are designed for micro-doses of dopamine (hi Facebook, Instagram, Twitter). iPadOS was designed at a time when we realized a balance was needed in the compulsion for distraction in our devices, and getting work done. iPadOS offers the tools to get work done, without distraction.

I look at a MacBook as Slack — sure I can have tons of different stuff open all at once, but I lack context and depth. Things are seen, but not done.

Whereas iPadOS is more like a FaceTime Audio call — clarity, depth, intention, and meaning — there is friction to engage at this level — it isn’t perfect, but it is better.

iPadOS is all about the focus of a singular call, instead of the shotgun of gifs, dopamine, and distraction, of MacBooks.

The argument for iPad Pro is not only about the device, it’s about you — how you spend your time.

Something really fascinating happens when people open a laptop: they get to work. They check email, they have a million tabs, tons of apps showing progress on many tasks/projects, they have tabs for social networks, half in progress projects abound. People do stuff. They are sucked in — unlikely to step away anytime soon. However, when I see people use an iPad they use it for one thing — the thing they grabbed it to do — and then they go back to life.

I used to think this was a pitfall of the iPad — it couldn’t do what people actually needed, so people used it less. Until I realized this the point of an iPad Pro.

Deciding to use iPad Pro as your main computer is to decide that you want to use a computer less.

Not forgo computers, but to decide you want to use a computer only when you need to. In otherwords, people find it quite easy to kill an entire day on a Mac without knowing how, and more difficult to do the same on an iPad. And that’s a plus for the iPad.

Or maybe iPads are simply the right tool for the job.

The thing is, it is not so much “work-work” we need to alleviate ourselves from, but instead ‘personal work’ the stuff we think or feel we need to do when we are on our personal time. Things like photographing everything regardless of Instagram fame-level and editing those to reflect magazine lifestyle perfection, checking in to see who pinged us on what network, crafts, style, shopping, videos, TED talks, everything. All of that is personal work. (This concept is captured well here.)

To that end: pick up your iPad Pro and do what you need, then put it back down and get back to life. That’s how you use an iPad.

Welcome to iPad only, the water is superb.

Want more of my thoughts on iPad work life? Become a member below.