Small, powerful, and well built. Heck of a light.

Now this is a light. Dang. I actually forgot to review this, because I thought I already had. Alas I was wrong — I’ve been carrying the Mini mk III in my bag to the office for a long time and after testing the Prime C1, I pulled this out to play with it and see how it compared.

I’m glad I did, because it made me realize just how good this light is. 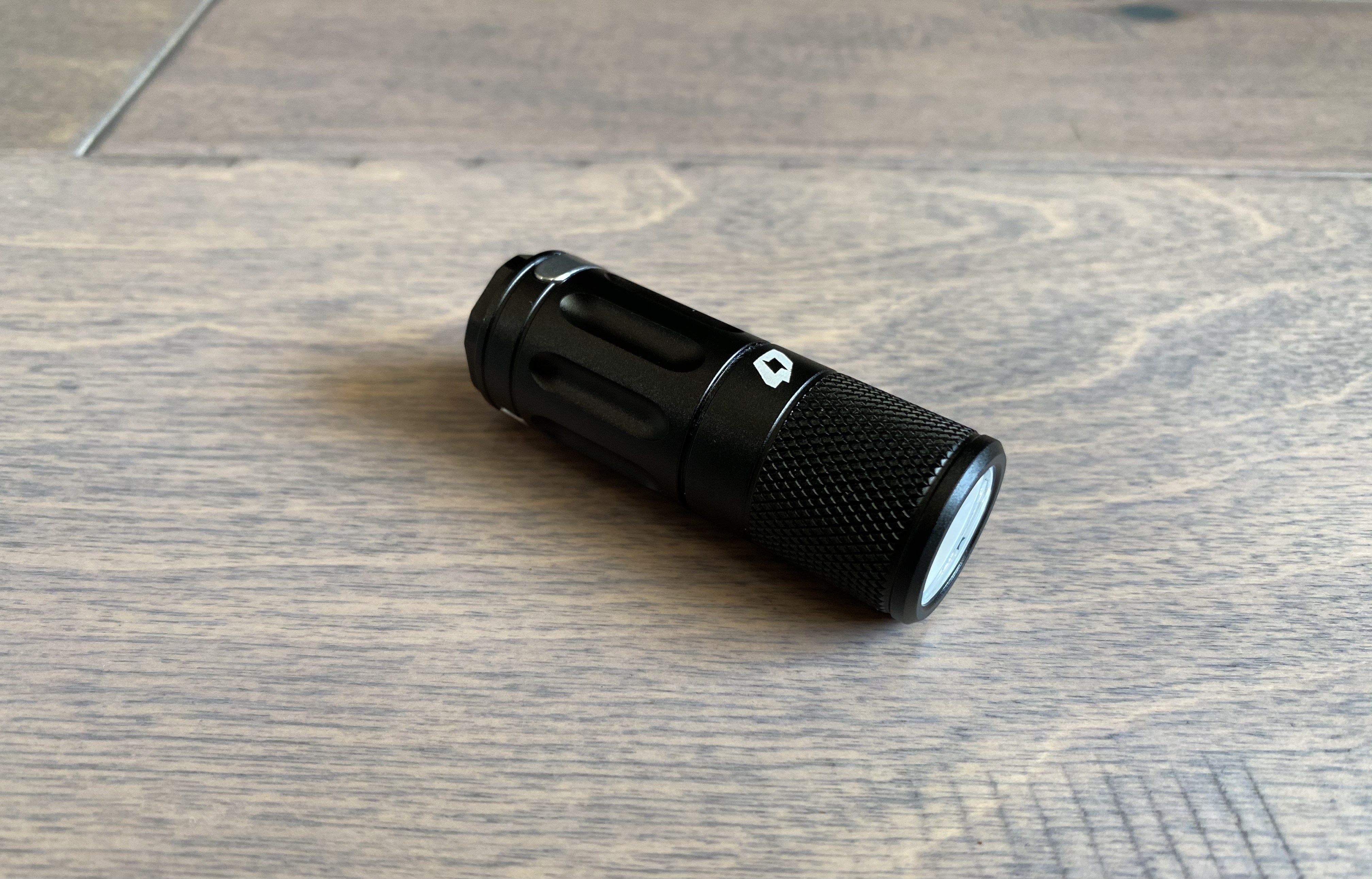 The Mini mkIII comes in two variants: standard (reviewed here), and turbo which trades output for throw. I mention that because it is easy to assume the wording of turbo means it is a higher end model, but it’s not — all turbo means on these lights is that it is useful in different applications. For most, the standard will be a more useable light, especially considering it has a slimmer overall profile. 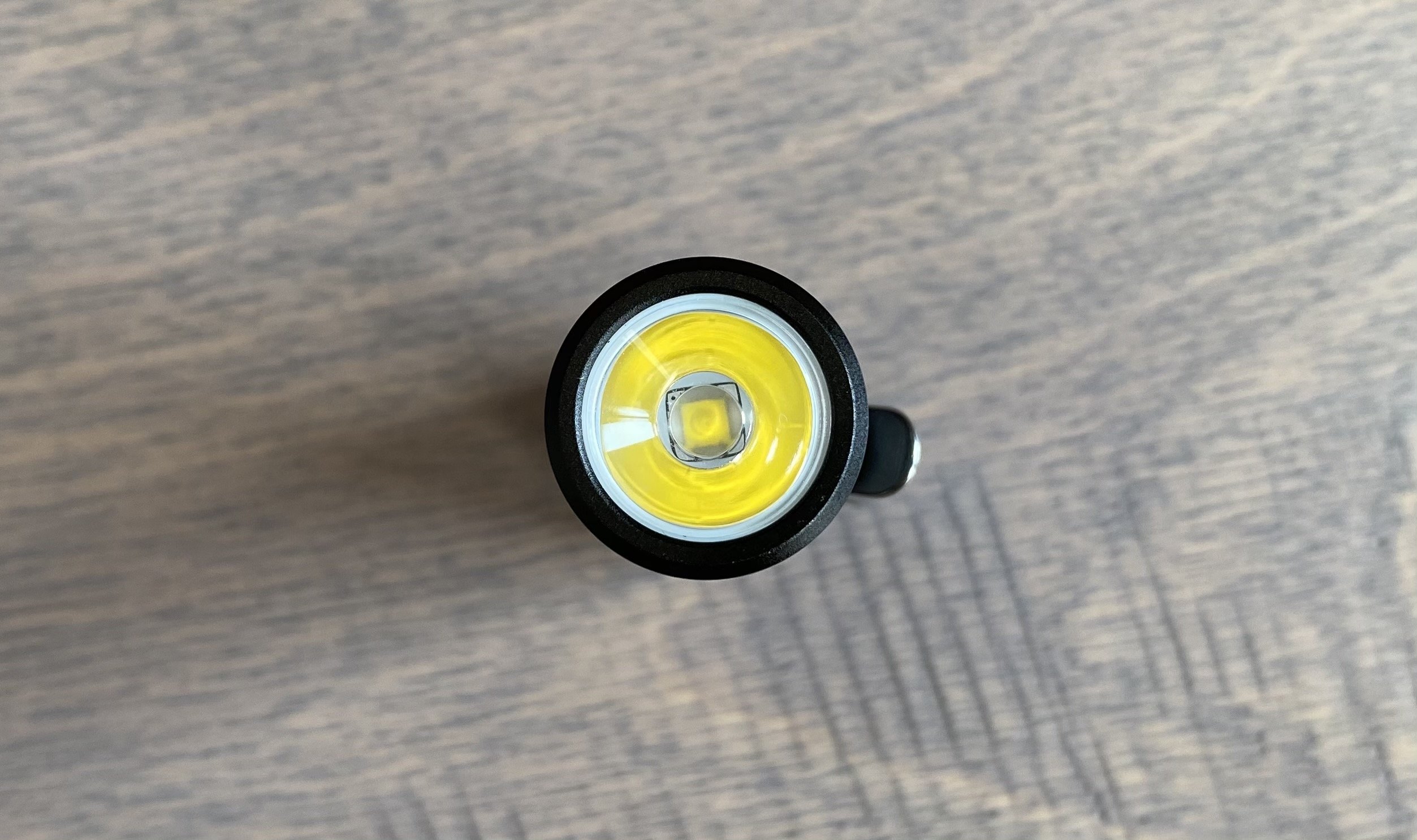 The power output on this light comes from an included RCR123A (optionally can be powered from a standard CR123A though it is seemingly discouraged generally). The output comes in at a whopping 900lumens in burst mode (30 seconds before dropping down). That’s impressive from a light about the size/volume of an AirPods Pro case. Actually, it’s kind of absurd. 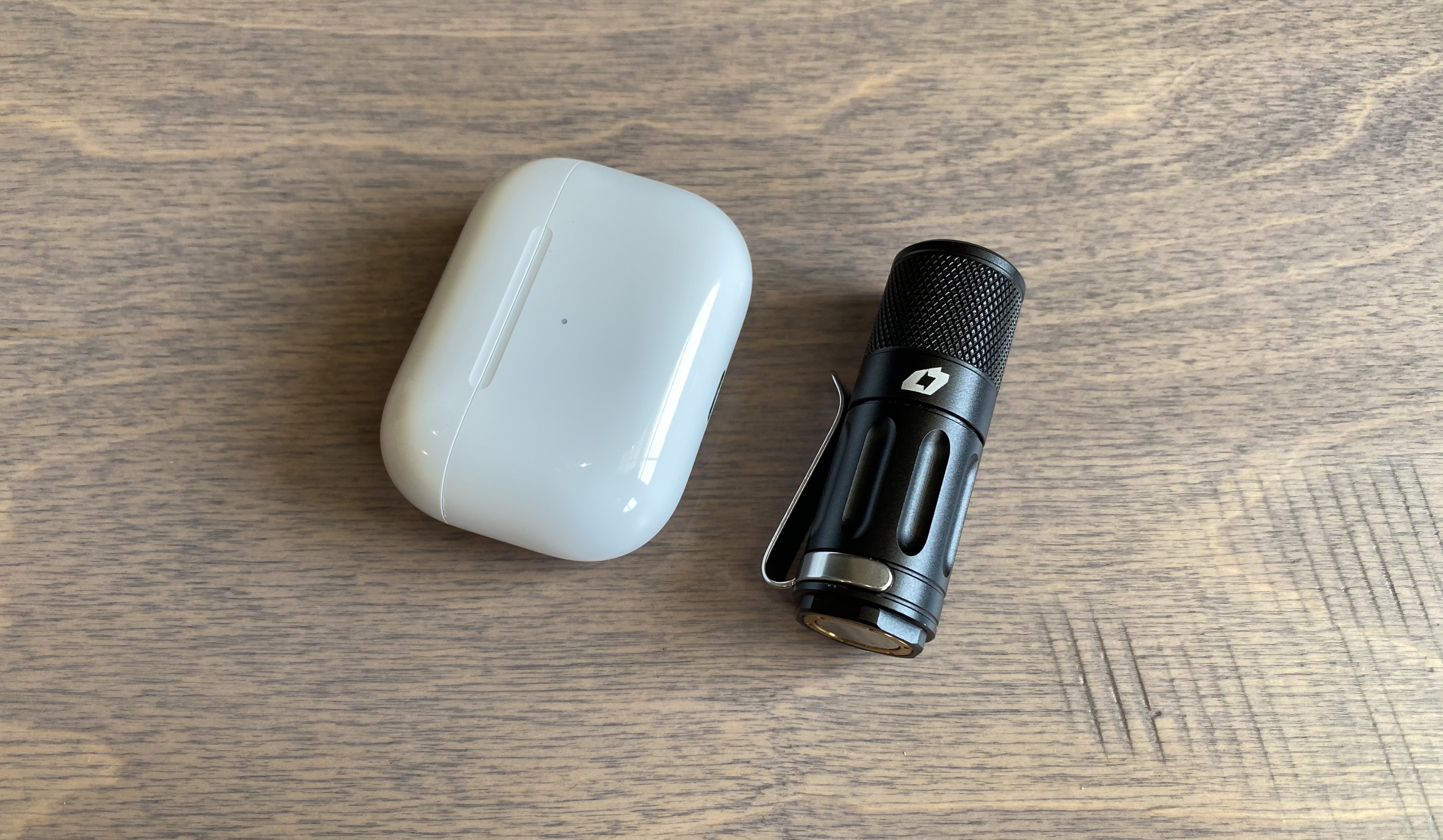 This works because of the specialized battery the light comes with, and impresses anyone using the light. On the lowest output the light shines a very usable 1.5 lumen beam that is pleasing, dim while still being bright enough. This mode allows the light to run for an impressive 90 hours.

This light challenges your assumptions about flashlights a bit, but that’s basically what Prometheus Lights (now the owner of the FourSevens brand) does with all their lights. It shouldn’t be effective for as small as it is, and yet it is effective. It shouldn’t last like it does, with the output profiles it has, and yet it has some run time on it.

Using this light is fantastic, because even though it is a twisty light (twist the head to turn on and off) the controls on it are stellar. Twist on and off twice really fast, and you get turbo. The light turns back on to last used mode, assuming you stayed on that mode last for at least half a second. You can also change up the order of operations with 6 configurations available — I set my light to config 4 which allows me a lot of options, but no strobes as I don’t typically use those. 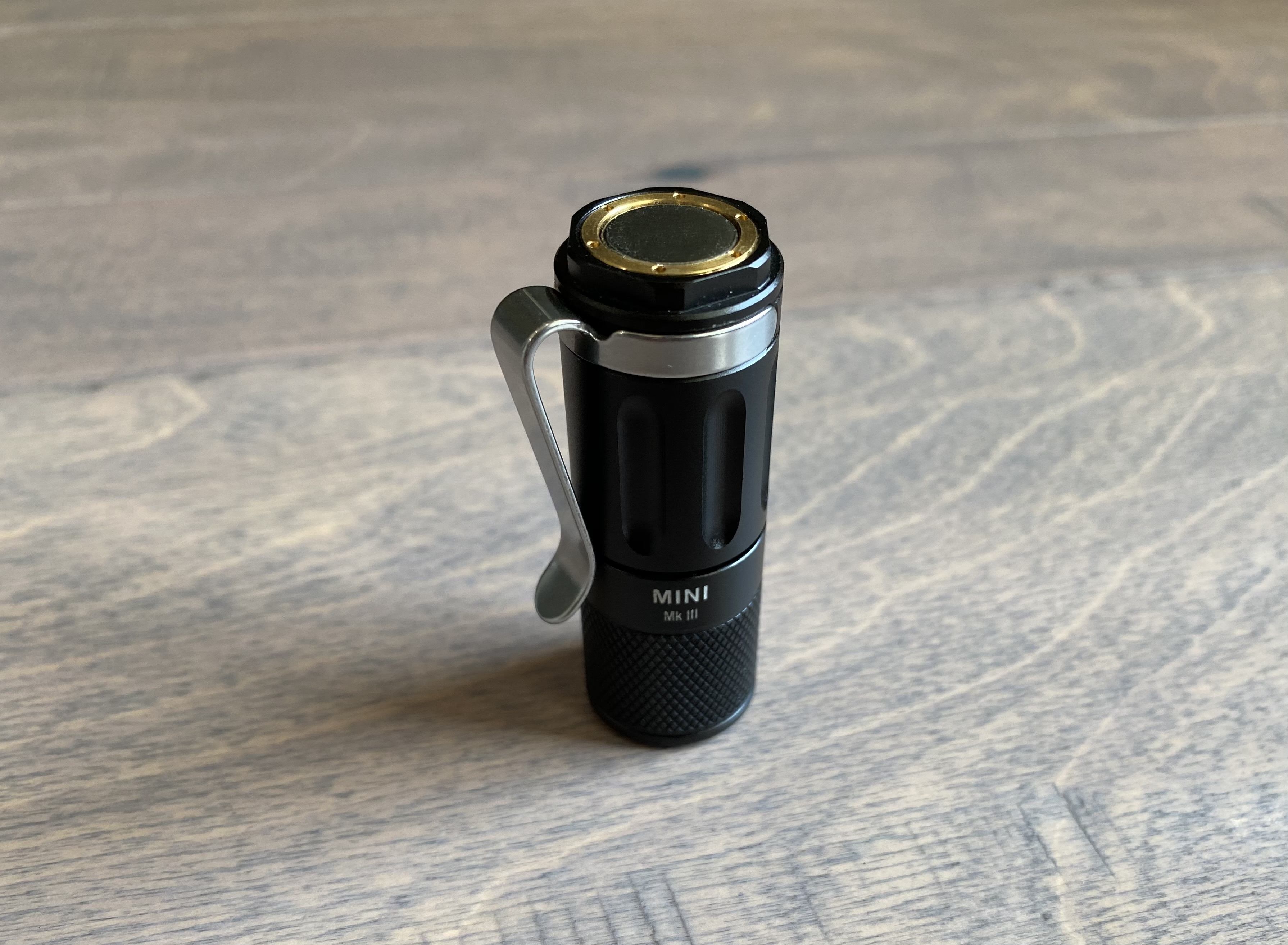 The issue with the light is the girth, even though the light is very short and small, it still is quite bulky to carry clipped on to your pocket. So much so, I don’t find it very useable for that configuration.

That doesn’t mean it isn’t easily carried, as it works well to be carried in a bag, or loose in a pocket. Except, I do need to note: there is a very powerful magnet on the back of the light. Which means it will cling to ferrous metals and generally be very annoying to carry around loose in a pocket.

This magnet, though, can prove handy as seen below. 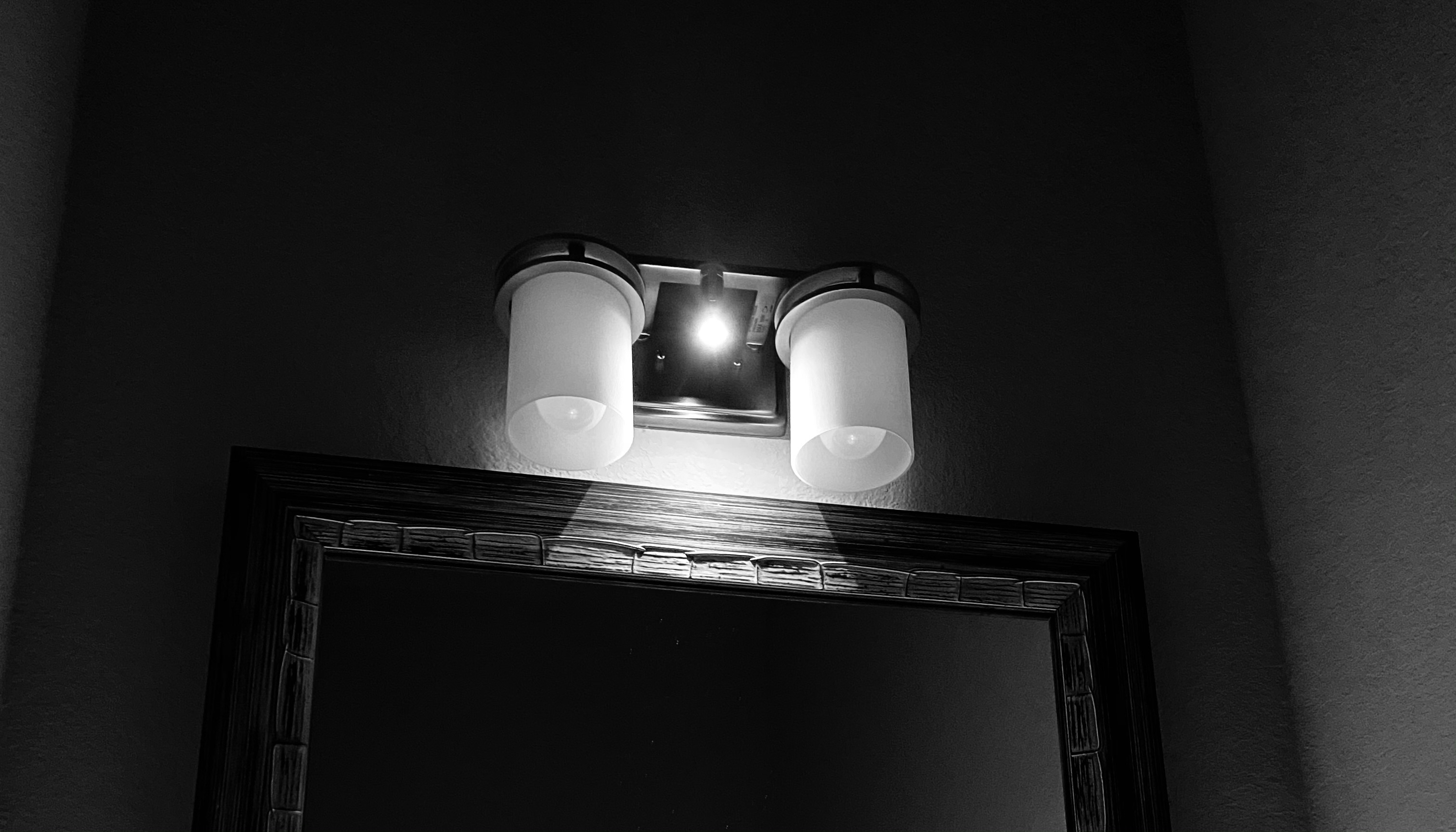 During a recent power outage I found myself needing to use the bathroom, with the Mini being the only light on my person. To illuminate the bathroom, I just stuck it to the light fixture using the magnet. It worked.

The light is very refined, and you’ll notice it every time you use the light. It doesn’t really matter what you are using it for, it works well enough for that use. Operating one handed, yep. Brightening a room, yep. Stepping on Lego prevention when checking on sleeping kids while not waking them with too much light, yep. Seeing if your cat is being stupid, or if it is being attacked, yep.

Small, powerful, absurdly useful. That’s how I would describe this light. At $60 it’s not the cheapest out there, but you get a whole lot of bang for your dollar.

Where the SureFire Backup is huge and over built, the ArmyTek Prime C1 is ugly and a bit unrefined — the FourSevens Mini MKIII screams refinement and power. It gets warm. It’s a bit small to hold for long periods of time. But it gets the job done every time. It fits right in the middle of the two, a nice upgrade from the Prime C1, while not being completely overboard like the SureFire will be for most. 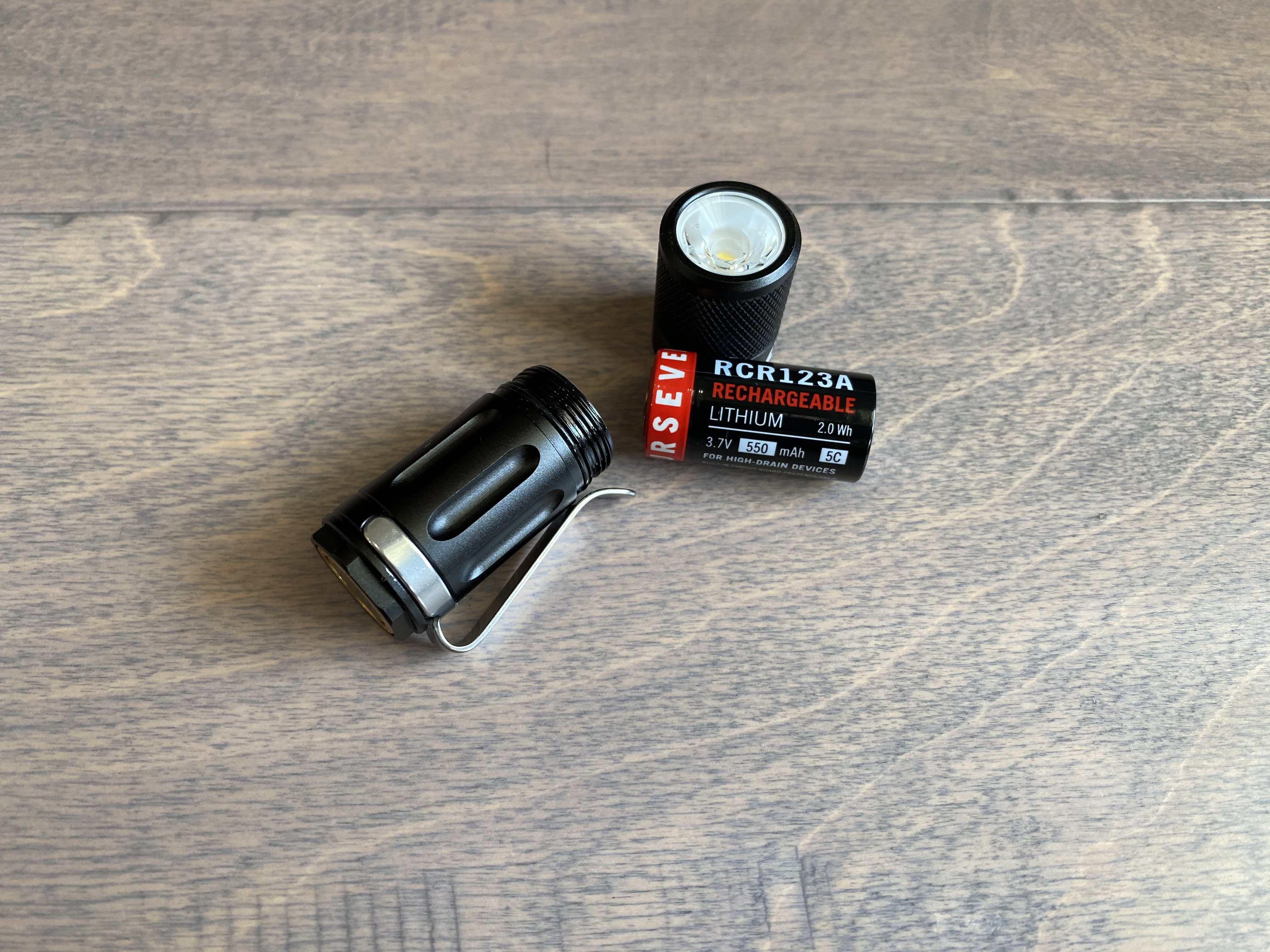 I wouldn’t say this is the only light someone could own, but for how most people need and use flashlights, this is a really strong contender. The only downside is the battery being non-standard and needing a charger for the battery. Other than that one downside, I highly recommend it.