I need to confess to something upfront: when I ordered this knife I thought I was getting something comparable in size to the Mini Bugout I recently reviewed — a Spyderco challenger to that epic knife. But I really didn’t read the specifications there, did I? Turns out this knife is tiny. Like really small. How small, well: 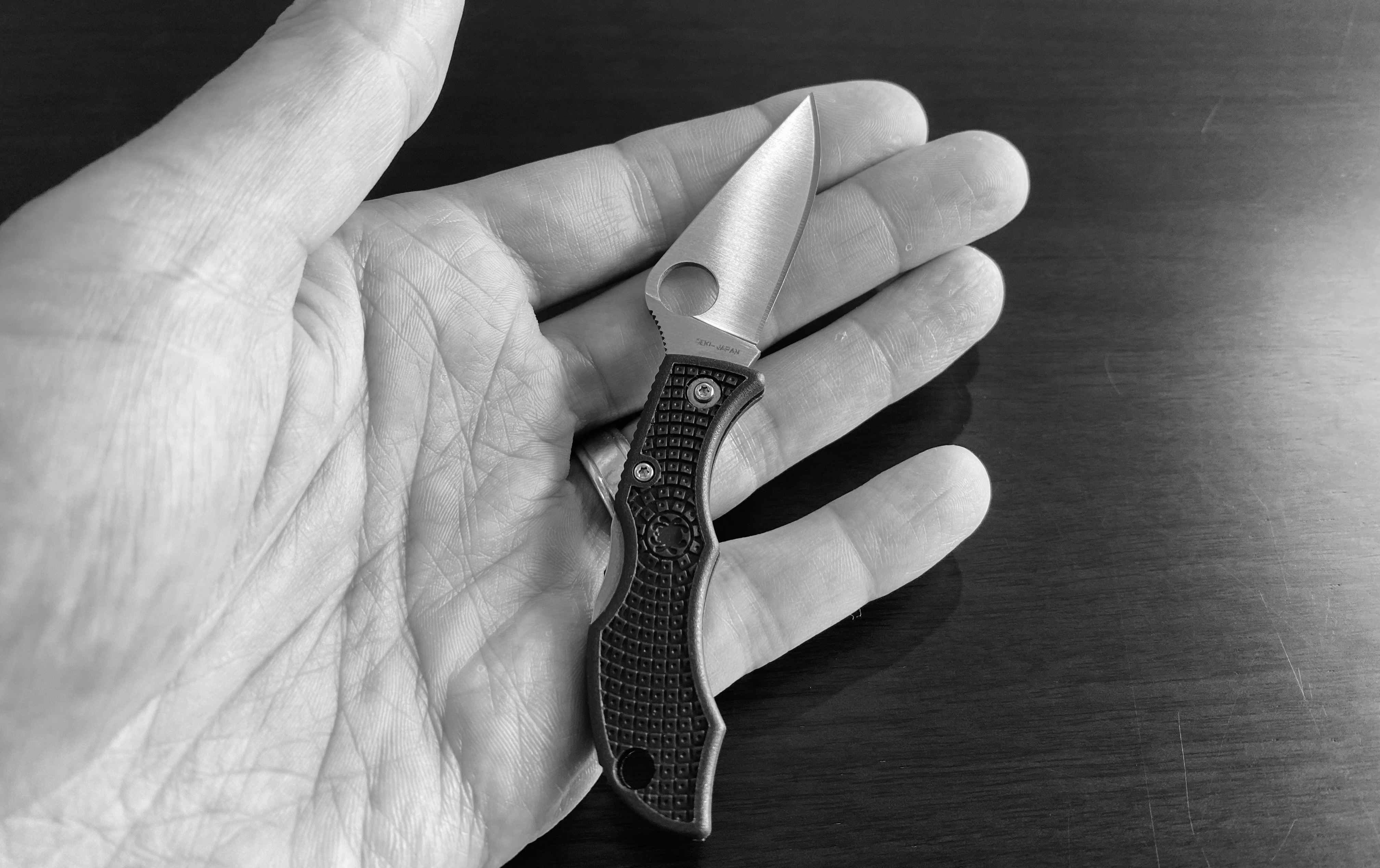 Turns out, the Spyderco Ladybug is still a pretty great and really interesting knife. I ordered the model with ZDP-189 steel, which I had never used before, but now love. So let’s dive in.

Twitter summary: a knife for people who need a true knife, but don’t want a knife.

Roughly a 2” blade, with a handle that some how manages to allow three fingers. As with most Spyderco knifes, it has the trade mark hole for the thumb to open it — and given the size you can somewhat open this one handed, though it is fiddly and tricky to do. 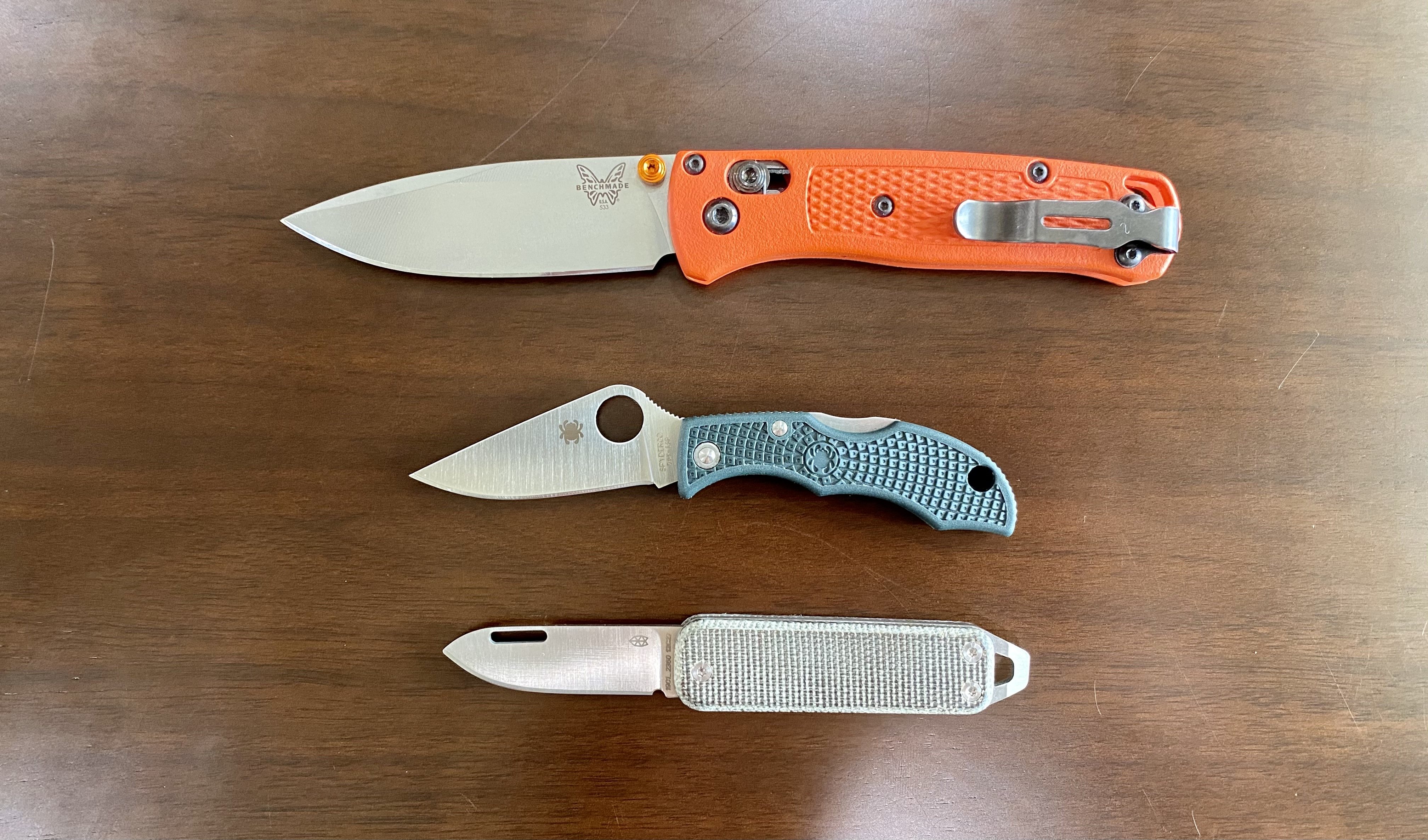 Weirdly, this size works well. It disappears in your pocket — being both small and thin, there is no weight to it. And that means that even those pockets where stuff tends to fall out, this tends to stay in as the handle is grippy enough and the weight low enough that it just stays in place. Which is good, since there’s no pocket clip at all.

I don’t like using this knife to do anything more than cutting open the tape on boxes. It’s a bit like using an Xacto knife instead of a box knife. Precision instead of usability. I have cut down loads of boxes in my garage to fit them in the recycle bin with this knife, and it preformed fine. Not great, just fine. 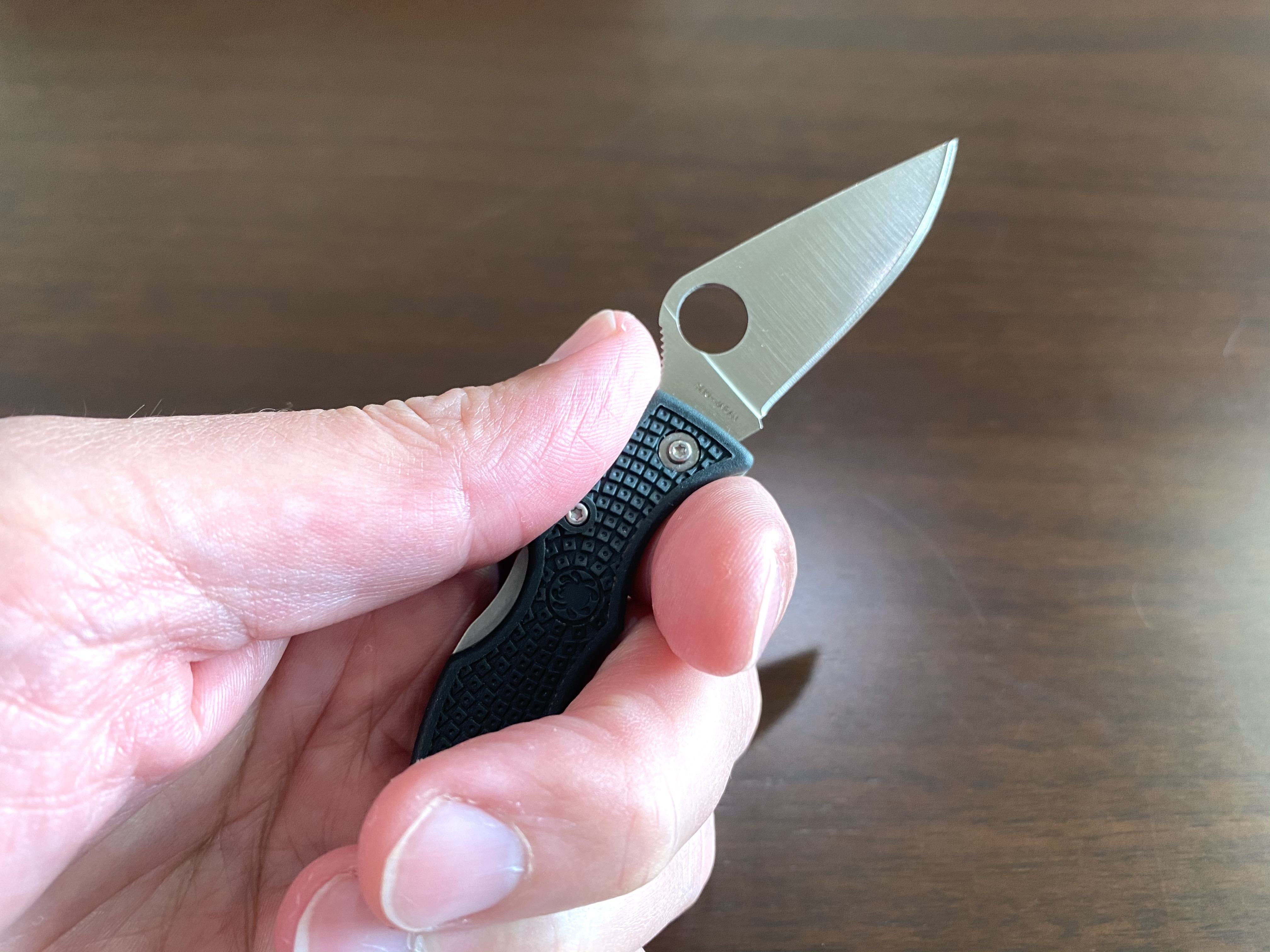 It’s simply too small to get a good grip on, too fiddly to open, and the lock back requires two hands to close. It does mitigate my biggest issue with most Spyderco knives: which is that the thumb hole adds girth to the knife when closed, but this Ladybug is so small that the added girth is actually welcomed rather than the typical annoyance. 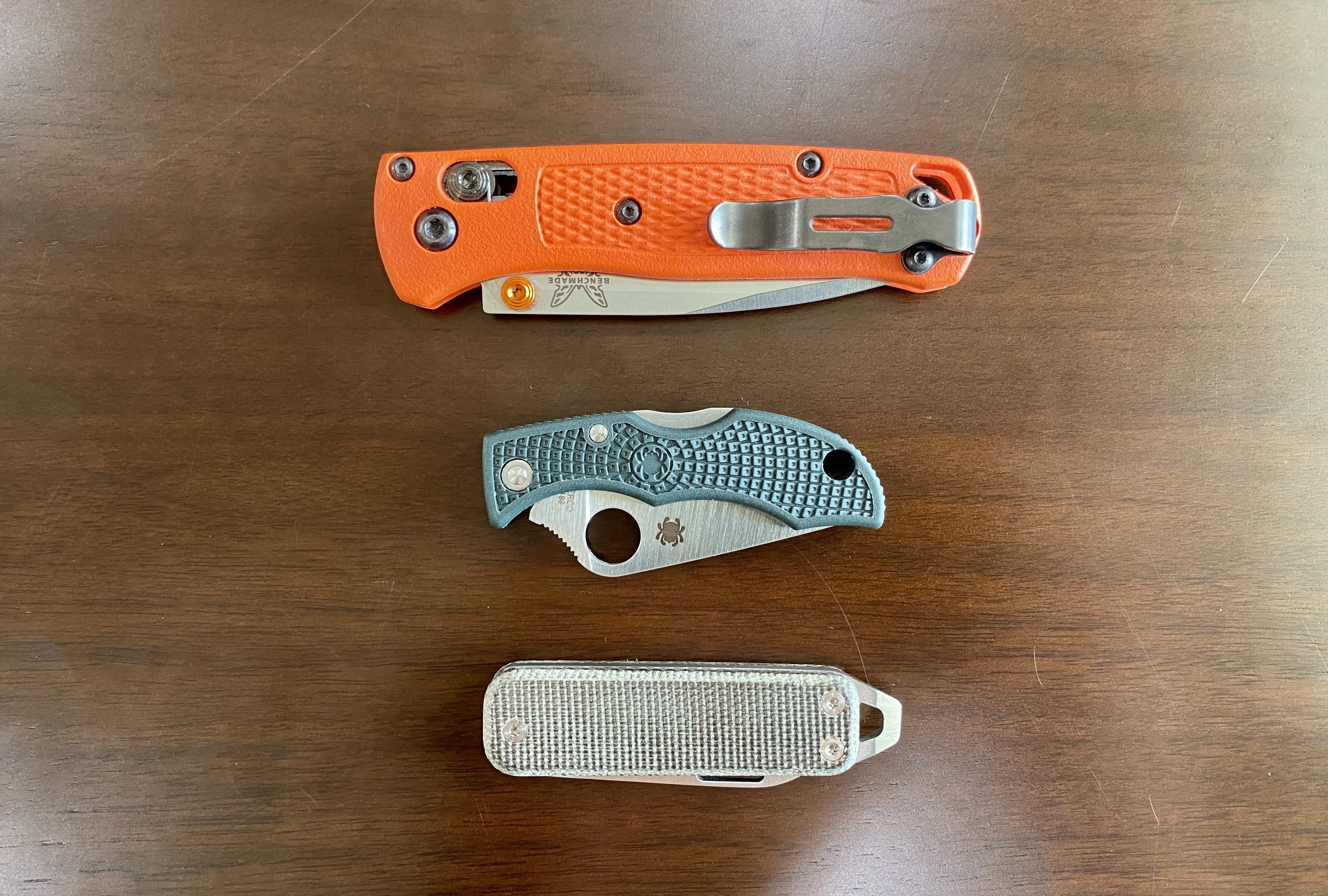 If your primary use case is opening and flattening boxes, sold. This is a precision weapon for such a task. It laughs at boxes which warn not to open with a knife. But, if your task is anything more knife than that, then you’ll want something larger. It will strain your fingers if you need to push or pull the knife through a tough cut. It will generally not handle extensive tough tasks well.

Precision tool all around.

Yes, this is right at the top as my favorite steel. I love M390 for it’s edge retention, and I love Benchmade’s CPM-30V steel — but ZDP-189 is better than what Benchmade offers from CPM-30V and is on par with CPM-20V/M390 in my book. The edge retention here is wicked. 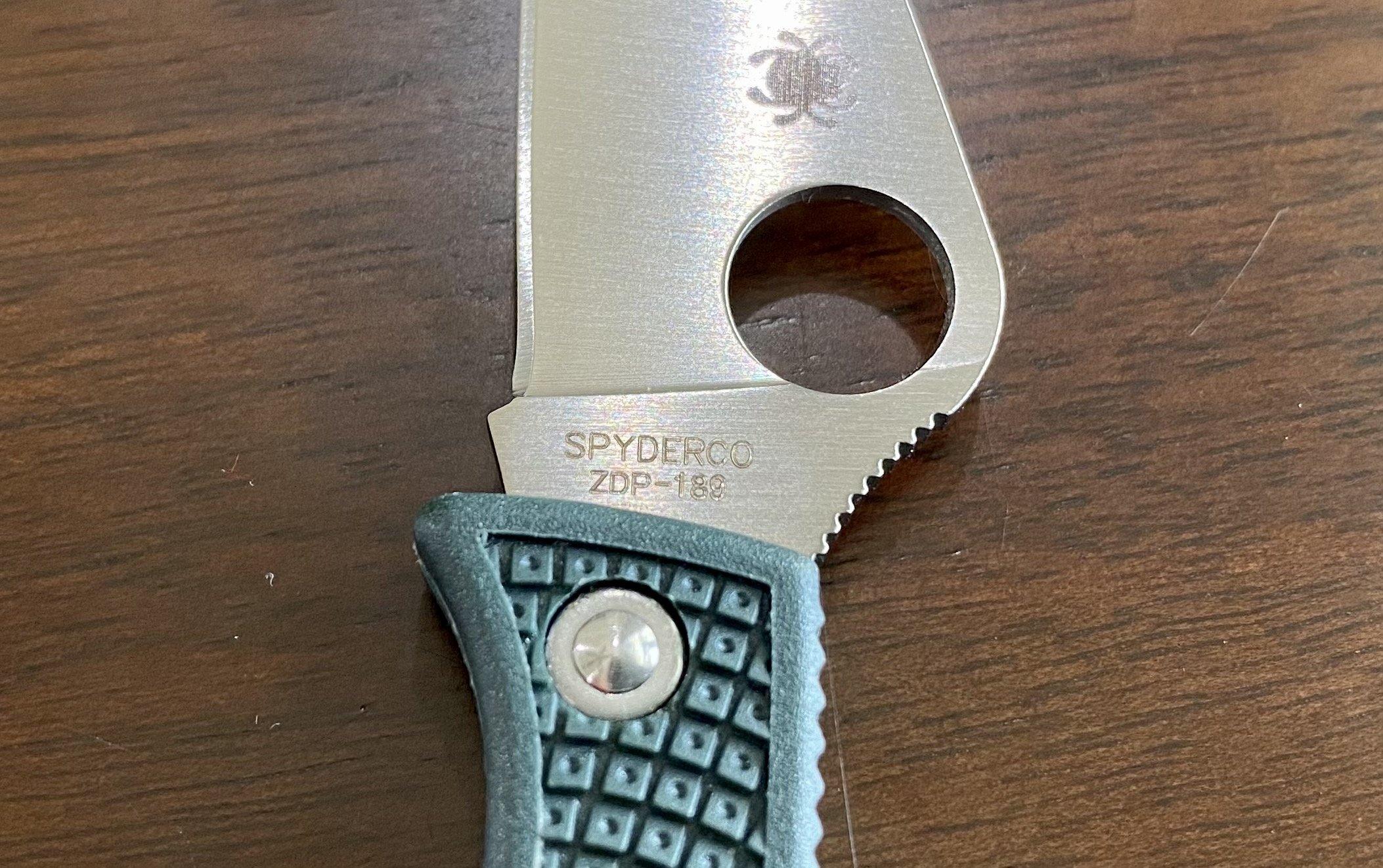 I have not had to sharpen this yet, and I’ve been devouring boxes with the blade. It’s not perfectly sharp still, but not dull enough to warrant a new edge. Which is even more impressive given how small the blade is, as the wear is not being spread over a larger blade. I’ve only touched it up on a leather strop. Most knives would have needed more than that given the tasks I have put to this.

ZPD-189 seems to be mostly a Spyderco steel, and is the best reason I know of to buy a Spyderco. (Look, I’m a Benchmade guy and that’s all there is to it.)

Is this the best small knife? I have no clue, I’ve only tried two: this and the James Brand Elko. So compared to the Elko the Ladybug is a better knife, but not a better tool. The Elko is a better tool. Both cut open Amazon packages like an insult from your child — deep and quickly.

The Ladybug has a larger blade with better steel that locks in place, which means you can do more knife things with it. The blade shape is also ideal. The Elko has a silly blade shape, but makes up for it with a little Prybar/flat screwdriver thing on the back and vastly better looks. If I am selecting a small knife to have a knife, Ladybug. If I want something on a keychain, Elko.

Neither is better nor in the league of, a Mini Bugout. These are not the knife. But the Ladybug is still quite impressive for what it is, and is greatly aided by the steel choice on this model.

Recommended, but know what you are getting.

Side Note: there’s also a ‘Manbug’ which has a slightly shorter blade, with bulkier overall dimensions. I reject this knife on the name alone. Ladybugs are a thing in the world, and perhaps the only bug that most people are a totally fine with having land on them (butterflies are great an all, but up close I am not a fan of their freaky looks). Which fits this knife well: I’d be shocked if any person was truly bothered by someone holding this knife.

To my knowledge there is no such thing as a manbug. And I am deeply disappointed in Spyderco for naming a knife as such.