This is the most comfortable way to carry a 45lbs plate of metal. And a great bag.

At the end of 2020, GORUCK released the all new version 3.0 of the Rucker. This model had a lot of hype around it from GORUCK as they consistently stated that it was the most comfortable Ruck they have ever used. That’s a statement for sure. But GORUCK only initially released the smaller 21L model, which is a touch too short for my longer torso. So I impatiently waited for January to come around and GORUCK to release the 25L variant.

After putting over a hundred miles on this pack, with a lot of weight in it (both 30lbs and 45lbs plates), I can confidently recommend this without any caveats. And I agree with GORUCK’s stance on comfort — this ruck is a distillation of everything GORUCK has learned over the years into one bag in the best way possible.

It is quite something to use. 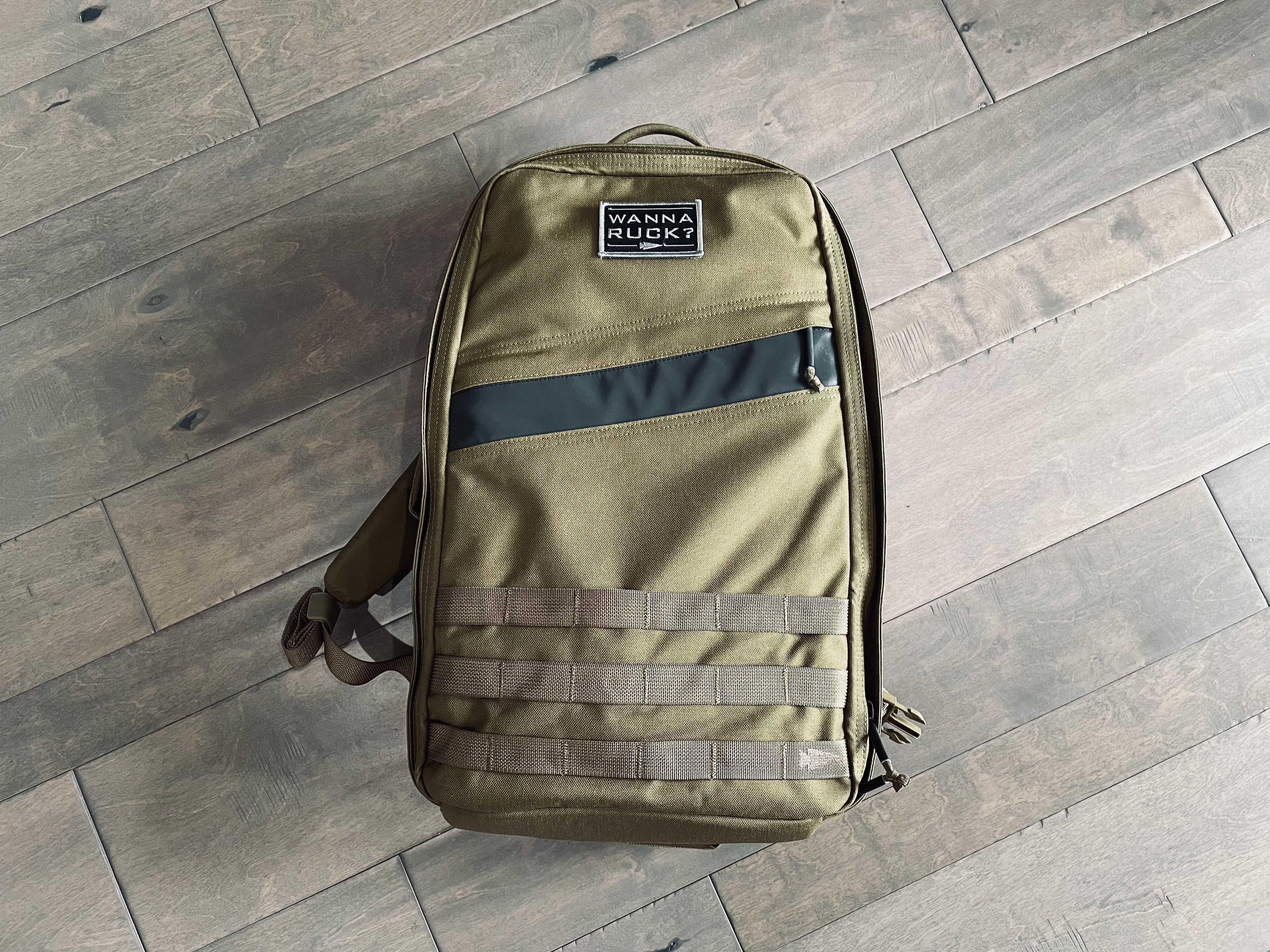 First things first, let’s talk about what is new with the bag — I am specifically focusing on the 25L model, but will try to note what is 25L specific and isn’t. Here’s the new stuff: 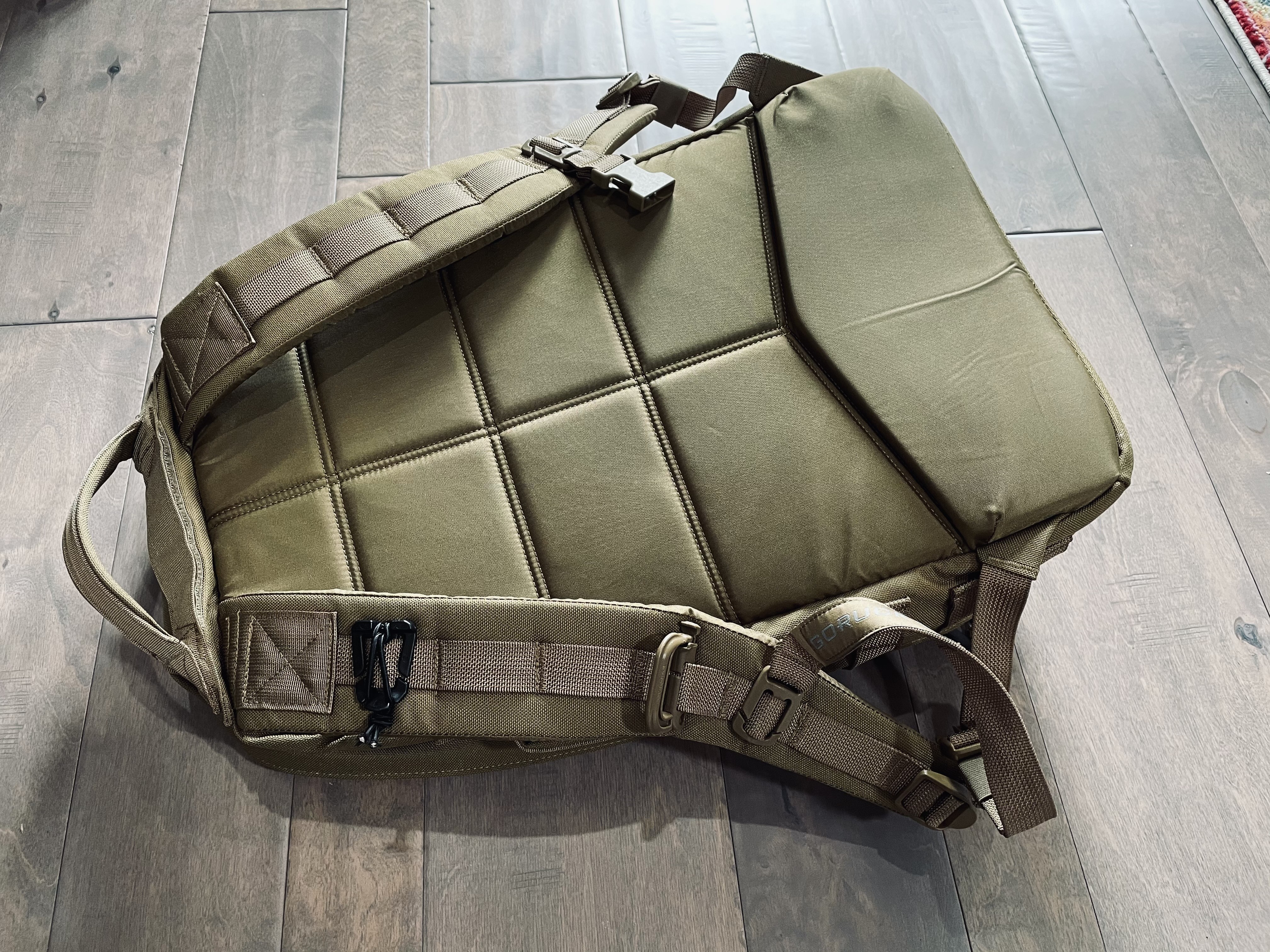 Overall these changes are robust and make this an entirely different bag. Take that frame sheet for starters. In the older Ruckers if you had weight in the bag and tried to lean it agains the wall, the frame sheet would bend. In this Rucker 3.0, it does not bend at all. That’s quite something. 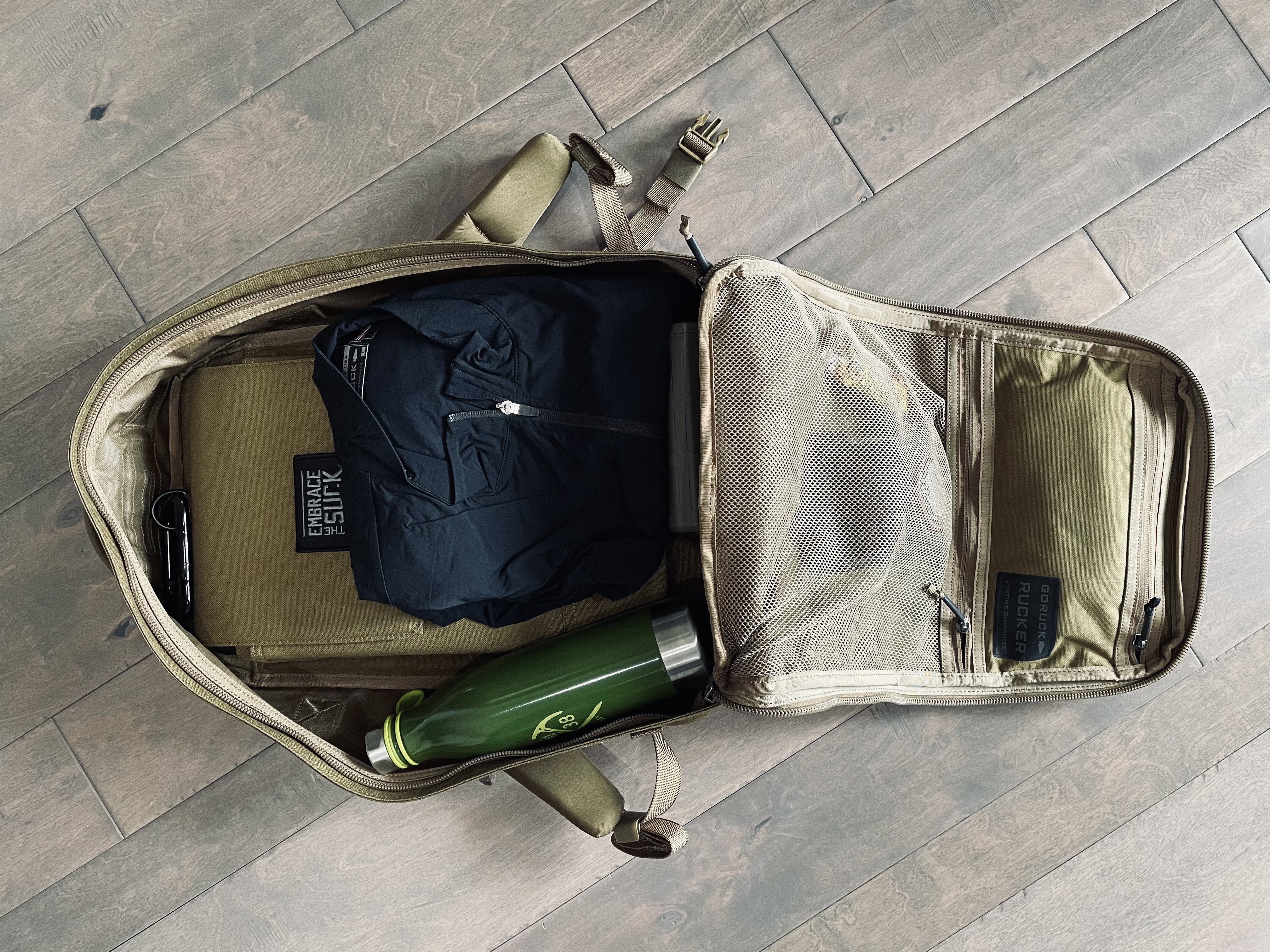 The thing about this Rucker is that it is less about each change individually and more about the culmination of all the changes. I ruck almost every day. In January I rucked all but three days, ditto February. Typically, I ruck an average of 3.2 miles per day. So I use the crap out of these bags.

Here are the pros as I see them:

Don’t let the short list of pros fool you, these are massive changes to the bag. In use the bag is more comfortable than any other GORUCK option (I’ve used the 1.0, 2.0, GR1, GR2, and Bullet Ruck for rucking) and it’s not even close and gets closer to the comfort of something like the Mystery Ranch bags with just 20lbs in them. The 25L offers the best weight versatility of any Rucker as well.

I love this bag, butlove is an understatement.

There are a couple things worth mentioning on the con side though, but each of these are relatively minor as compared to the pros:

The only true issue worth worrying about is the second one. That sternum strap is no good. GORUCK still sells the classic one, or you can easily find others online. Either way, replace it — I have an older GORUCK one I will be replacing mine with. 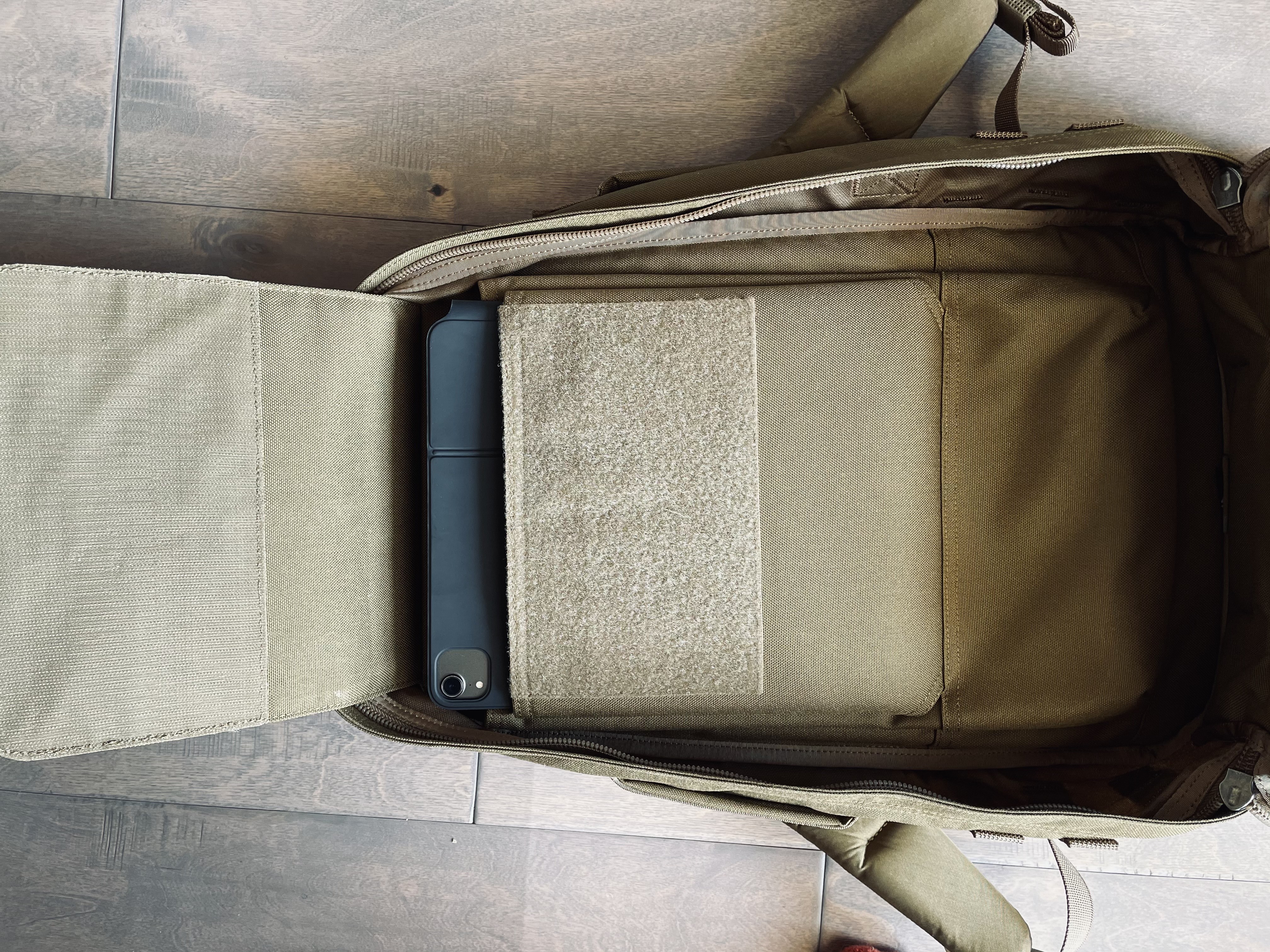 While the Rucker is cheaper than the GR1, the trade off between the two has always been things like the laptop compartment or frame sheet. So for the 3.0 I have a few thoughts on selecting this bag as not only your rucking bag, but as an EDC bag as well: 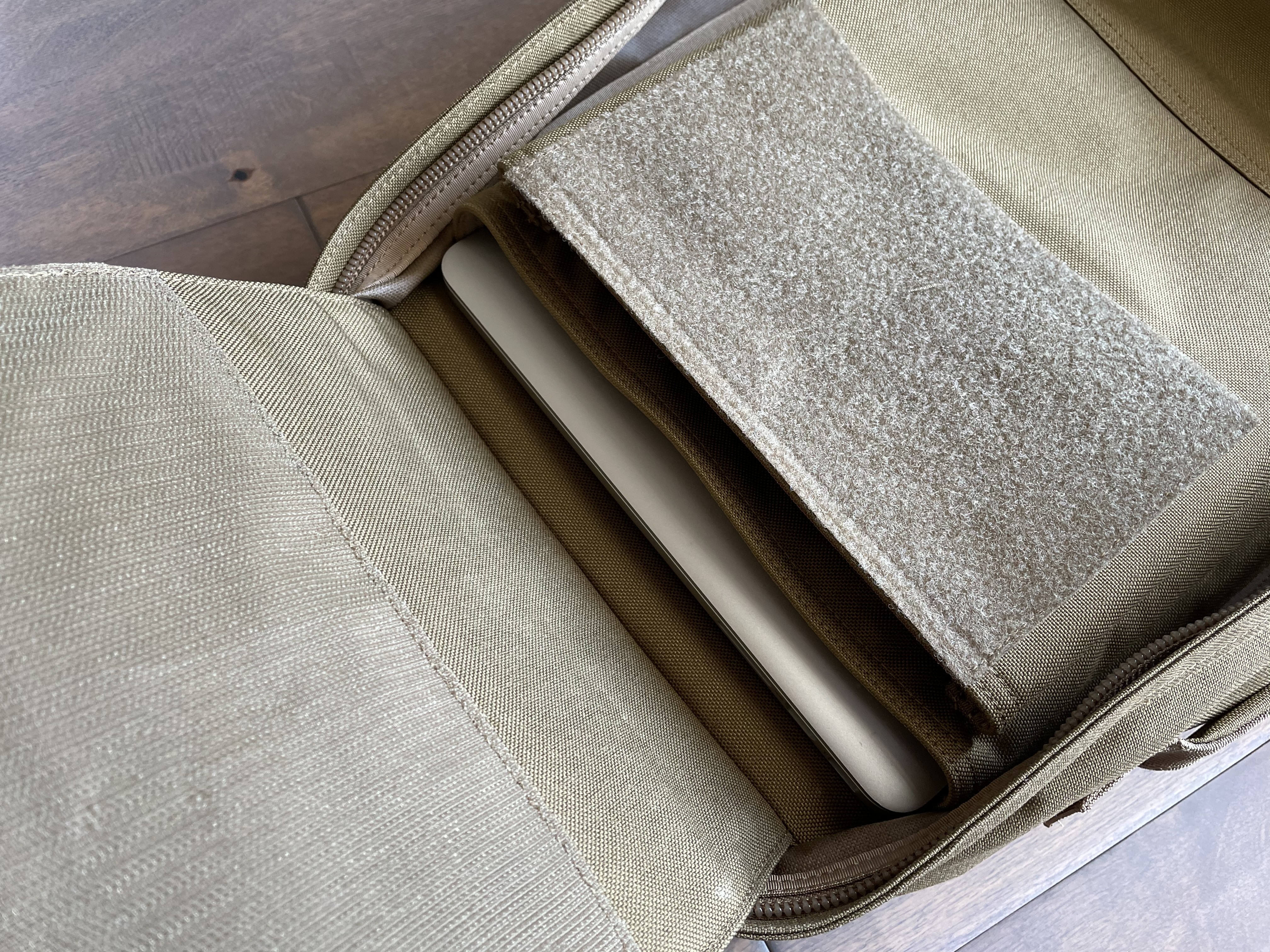 If you can only afford one bag, and want to be able to work out with it and EDC it, this is a better option than the GR1, barely. If you ruck in the morning then head to the office, I think you need two bags. I personally wouldn’t EDC this bag, but that’s only because of the amount of handles. 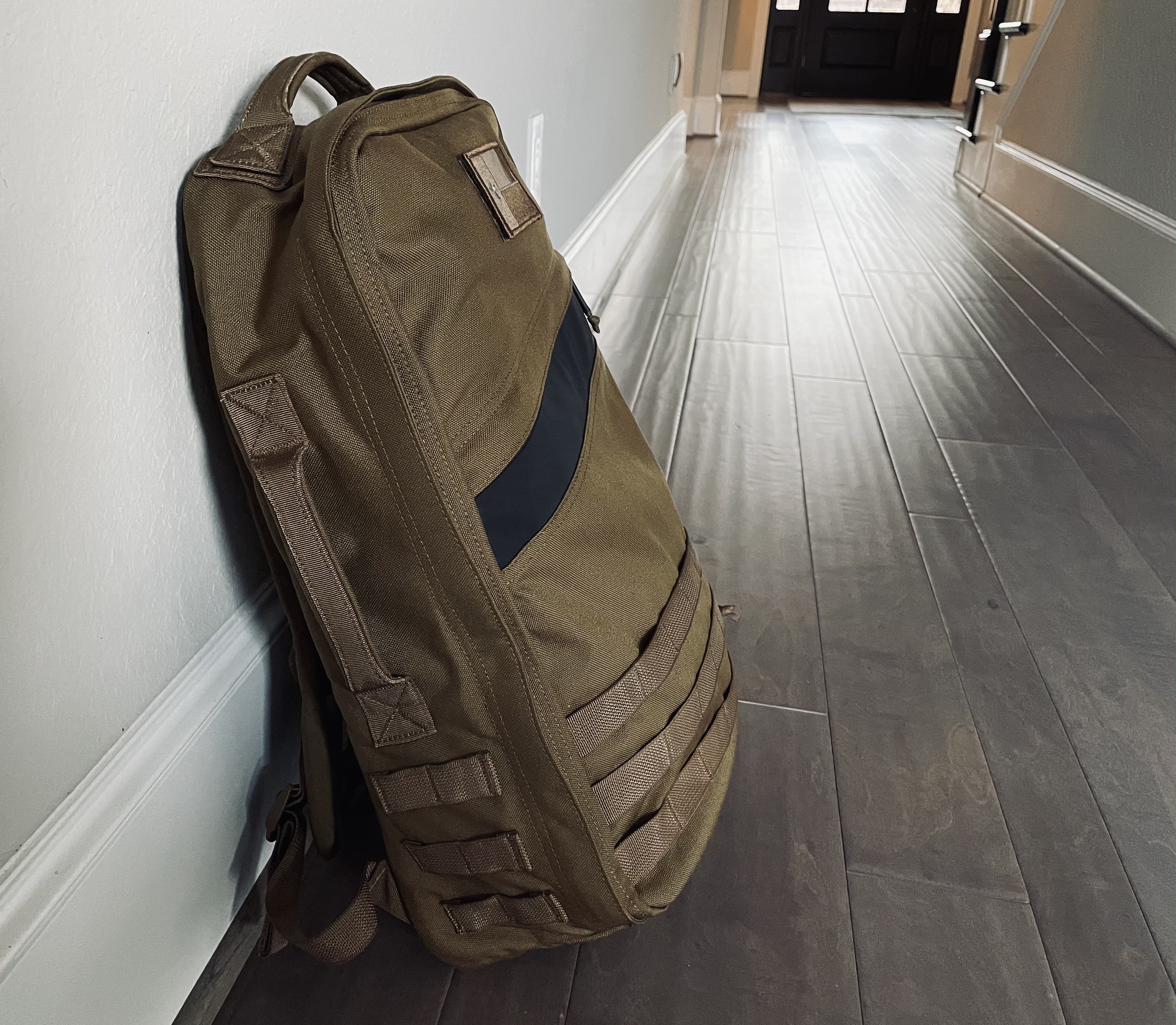 If you ruck, you would be silly not to buy this bag if you can afford to do so. It really is the best rucking bag I have ever used and it makes 45lbs seem like no big deal. I could see a lot of people loving it for travel and occasional EDC as well.

It’s an amazing bag, and I highly recommend it. Get one.