This is an absurd little light but completely excellent.

I have been dreading this day. The day I get a flashlight so complicated and which uses some whacky batteries that I both need to keep a cheat sheet for operating it on my phone, and all the while run a mild risk of melting/burning/igniting stuff around the light. All of which means this light can both melt stuff (including parts of itself?) and has a lightning mode to use the LEDs to simulate a lightning storm in your bedroom, in case that’s something you are longing for. 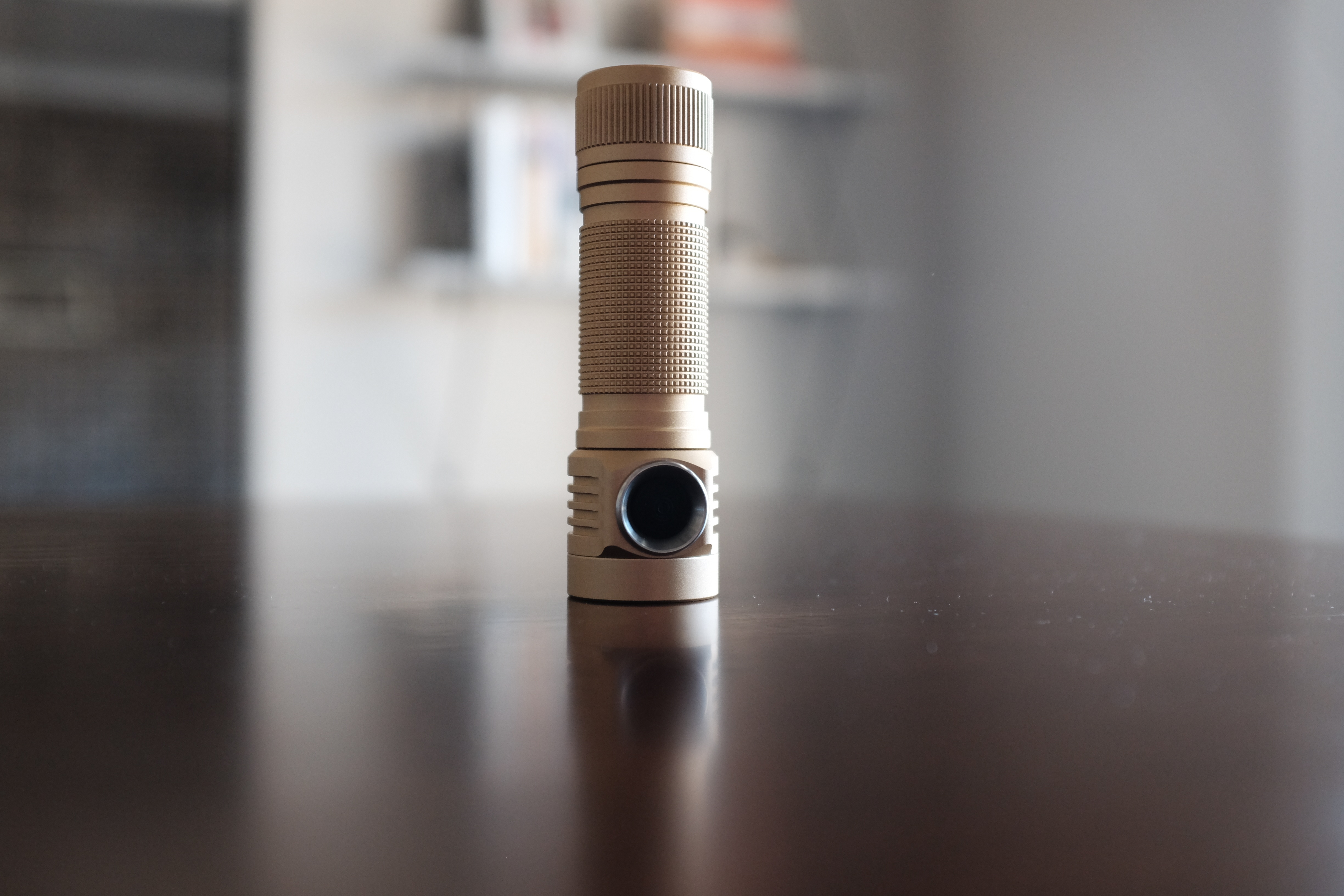 I love it though, as it’s completely stupid, unnecessary, and yet perfectly satisfying. Oh so very satisfying.

As I made reference to above, this light requires a slightly non-standard, not ideal, power source. Specifically unprotected 18650 batteries with a flat top. You likely don’t know what those are — good news is they are stupidly cheap. Bad news is, well, they can overheat (among other things). And I know you might be prone to thinking “it’s a flashlight, it can’t get that hot”. 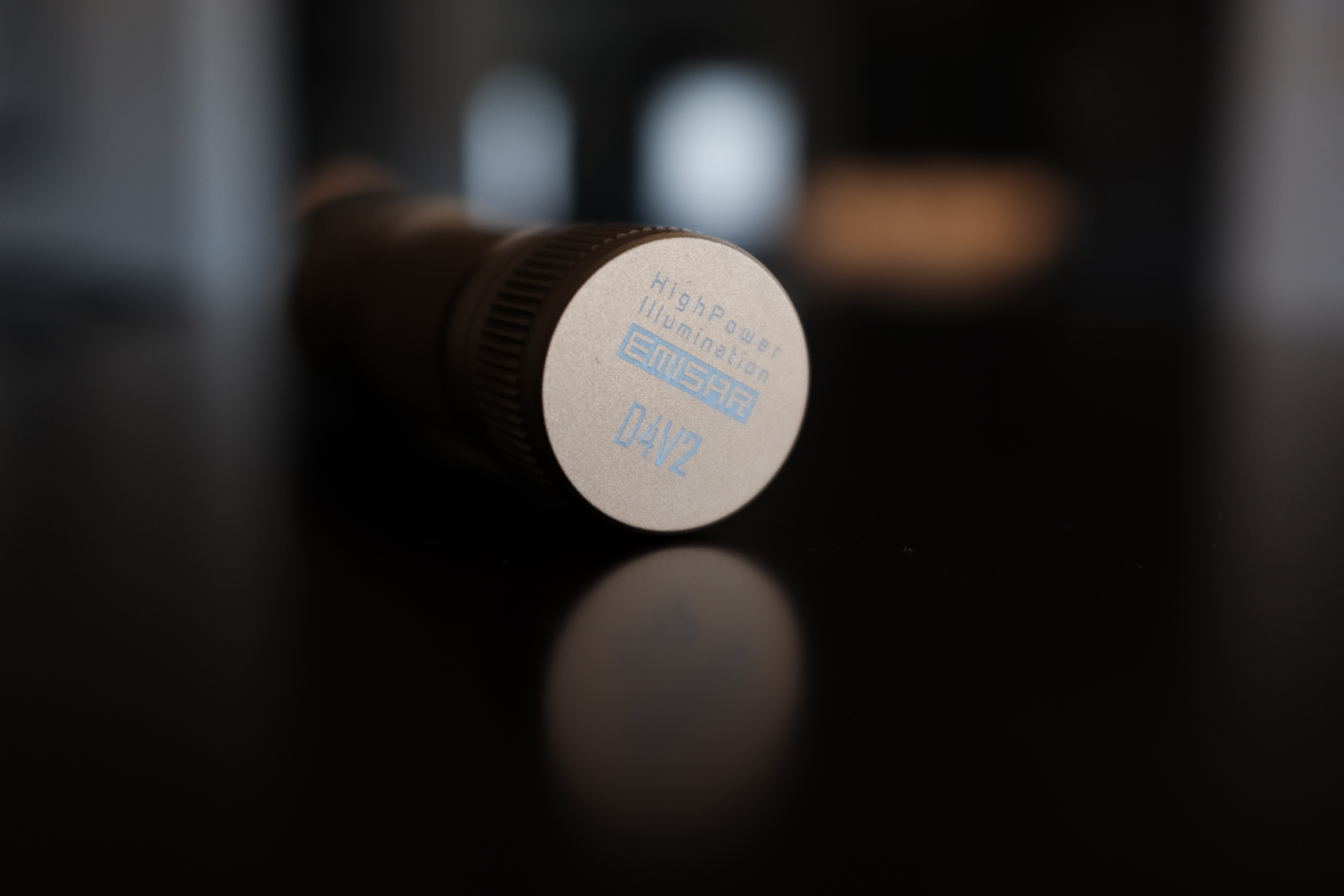 But you would be wrong.

The reason for this battery is to basically push more power to the light (sort of, deal with it). In other words: the protected cells would be less fun when doing the stupid stuff you bought the light to do. Yeah? Yeah. 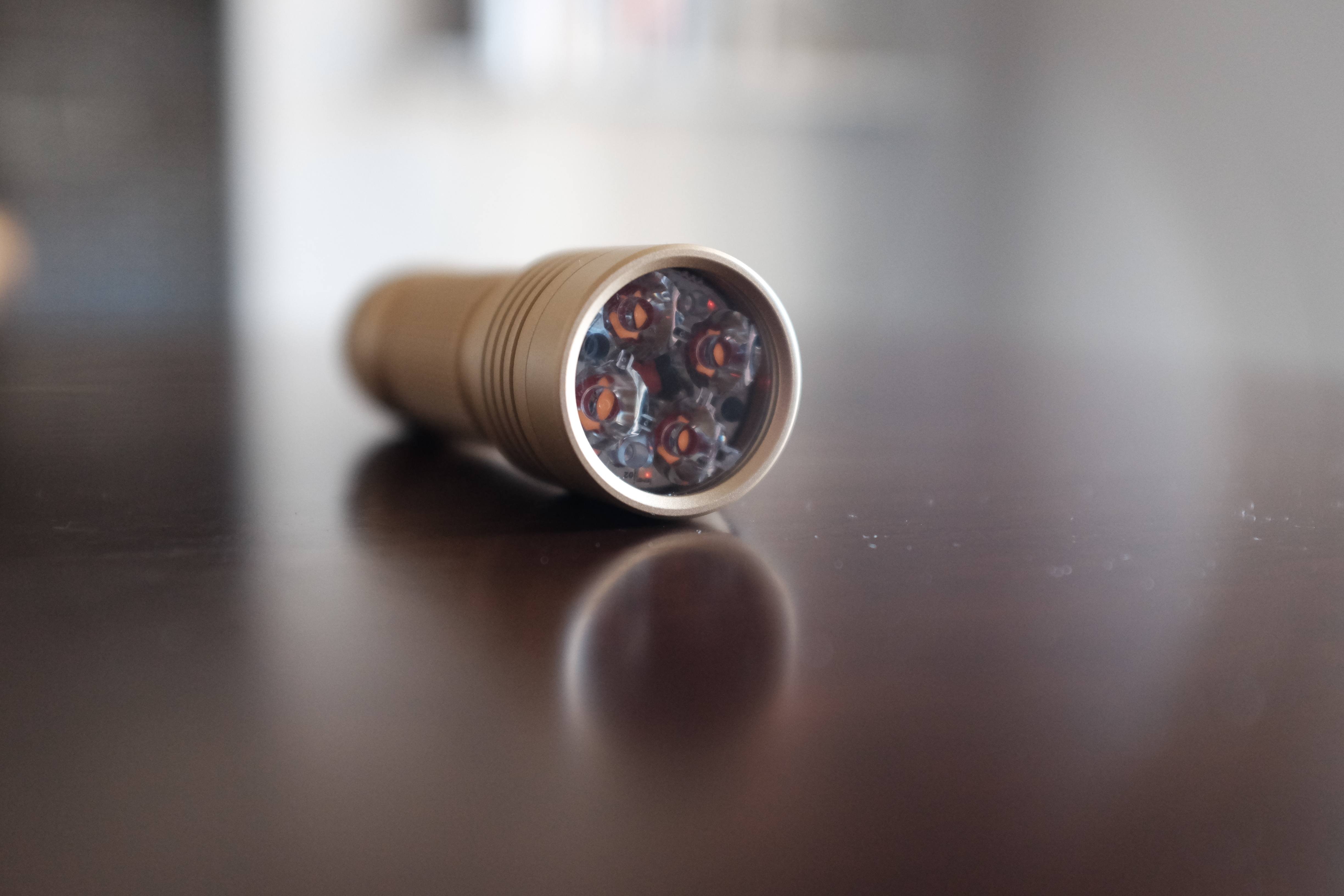 Just a quick note, that these lights tend to be released in different colors. The one I have is ‘sand’ and looks killer and Reddit seems to like all the options. More importantly is the plethora of LED options. I’ll note just two for you: 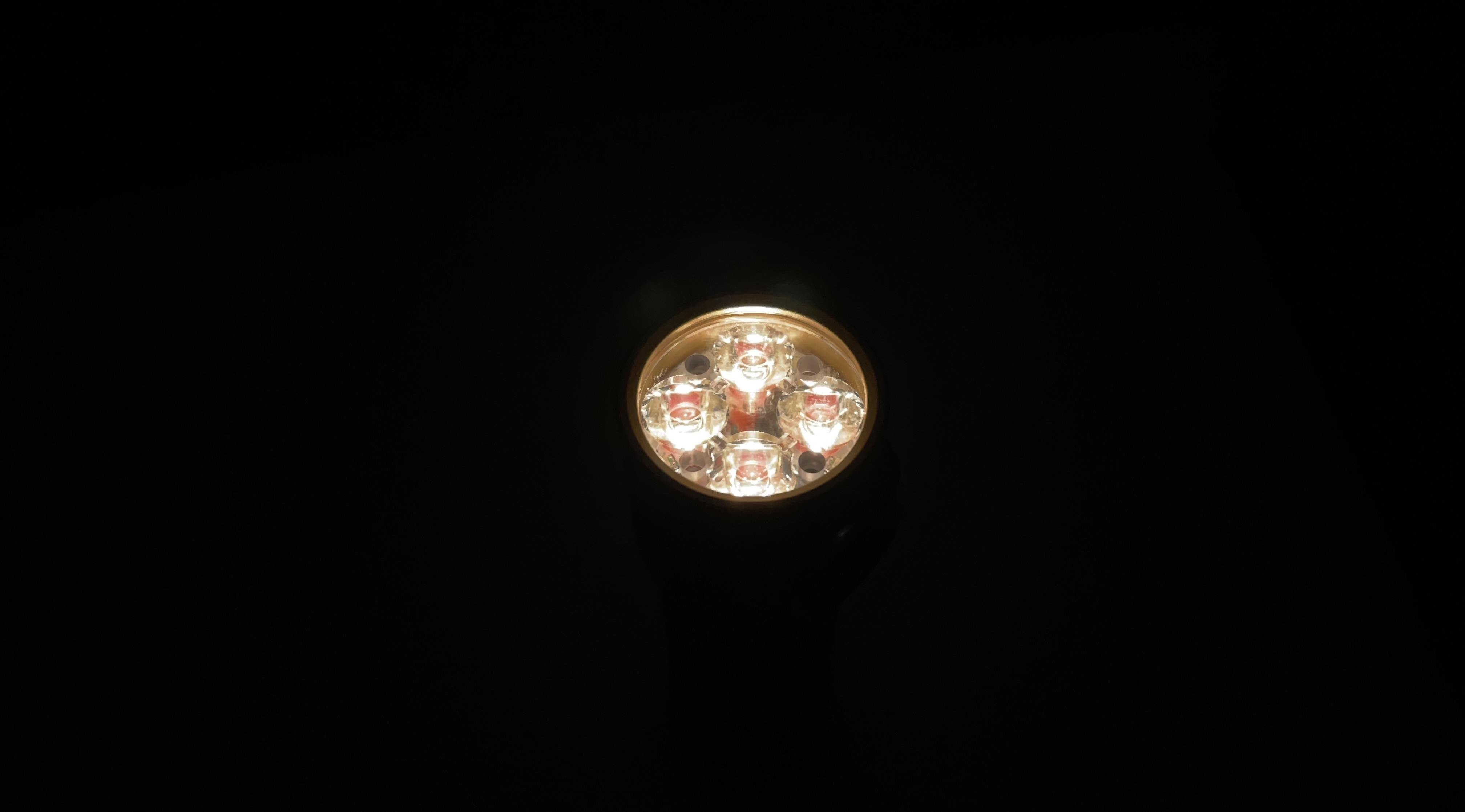 I don’t think there is a bad choice between those two options.

But that’s not the end of the story with LEDs on this light. Because there’s a series of small auxiliary LEDs around the edge of the light in the lens. These tiny 8 lights can be setup to display something like 6 different colors, or an alternating pattern of those colors. 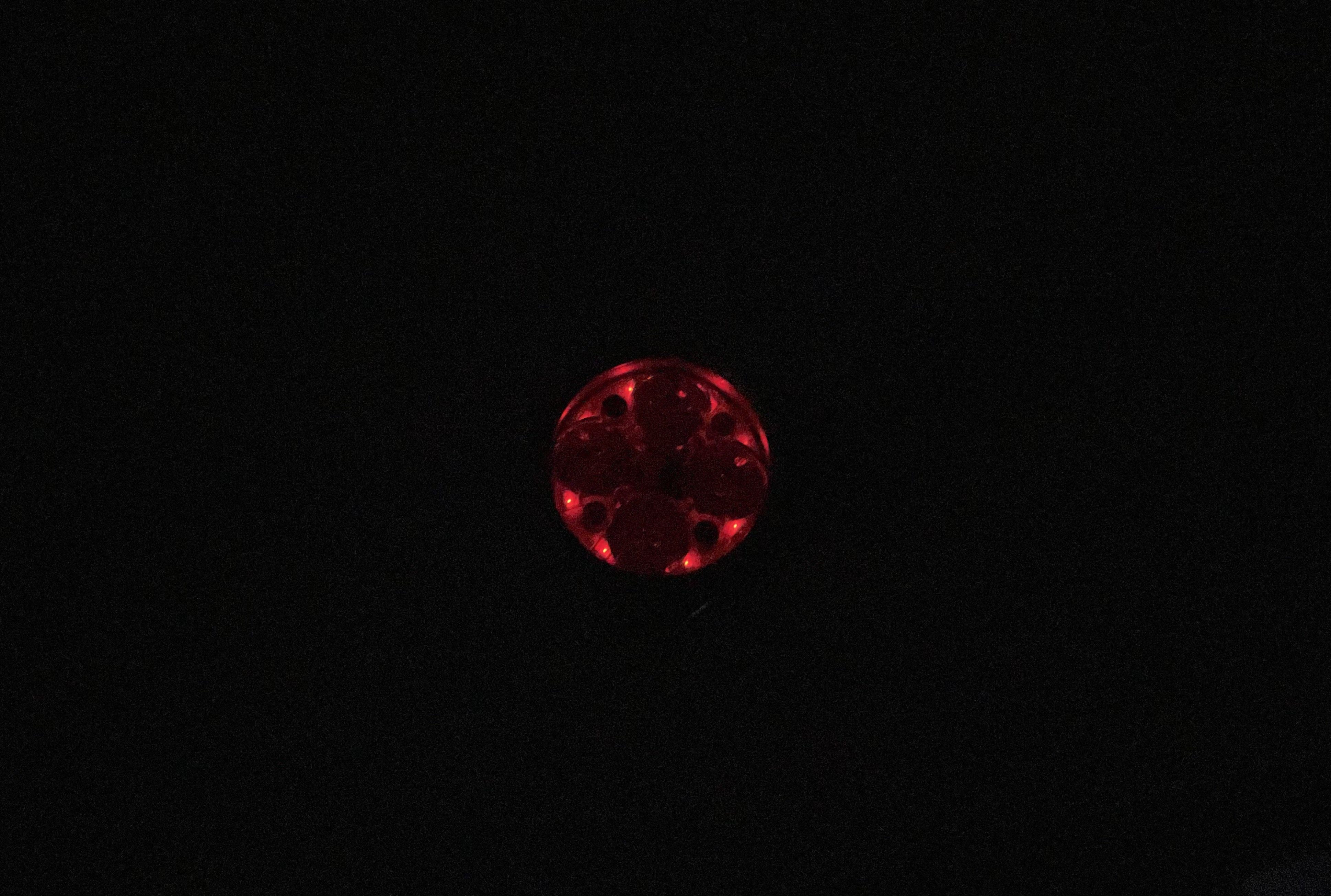 Umm, why not? You have four options with these aux LEDs. They can be on at a very low level, on at a high level, blinking at high level, or off. I found that the higher level looks really neat but is just a touch too bright to be on all night and yet slightly too low to be useful as a late night navigation tool.

The low level is amazing. It’s so dim that it doesn’t bother me any more than a light with tritium tubes glowing on it. It is bright enough to aid finding the light in the pitch black, and yet not bright enough to keep you awake. The little LEDs on EVERY CHARGER EVER are much brighter than these 8 LEDs glowing on low. This is very well done. Good luck getting the lights on and to low — man this UI on the light.

I have no idea why you would want the blinking modes for these lights, including the one that goes through all the colors. I keep it on low and red, but the blue is also pretty neat. And you might be worried about battery drain, but don’t be. It’s not an issue on high or low. At least not that I have experienced so far.

UI or ‘How the Button Works’

Ok, well, it sucks. I mean it works just fine, but it is complicated, stupid, annoying, and hard to memorize. Yes I can turn the light on and off and adjust the brightness — the core stuff is easy to commit to memory. But ask me to do anything else with this light and I will need to consult the cheat sheet for it.

It can do a lot. The aforementioned lightning mode, a candle flicker mode. Strobing. So bright it burns shit. It can do a whole lot. There’s even a ‘muggle mode’ which puts the light in a state where most people should be able to use the light without also setting something on fire or melting it. Which kind of says all that needs to be said about the UI on this light to begin with, right? If there’s a simple mode, then the other mode is likely too complex.

That’s the case here. But that’s what you get with this particular brand of UI control for flashlights. So instead I want to focus on how I typically have been using the light which is: on/off, ramping to get to brightness I want. 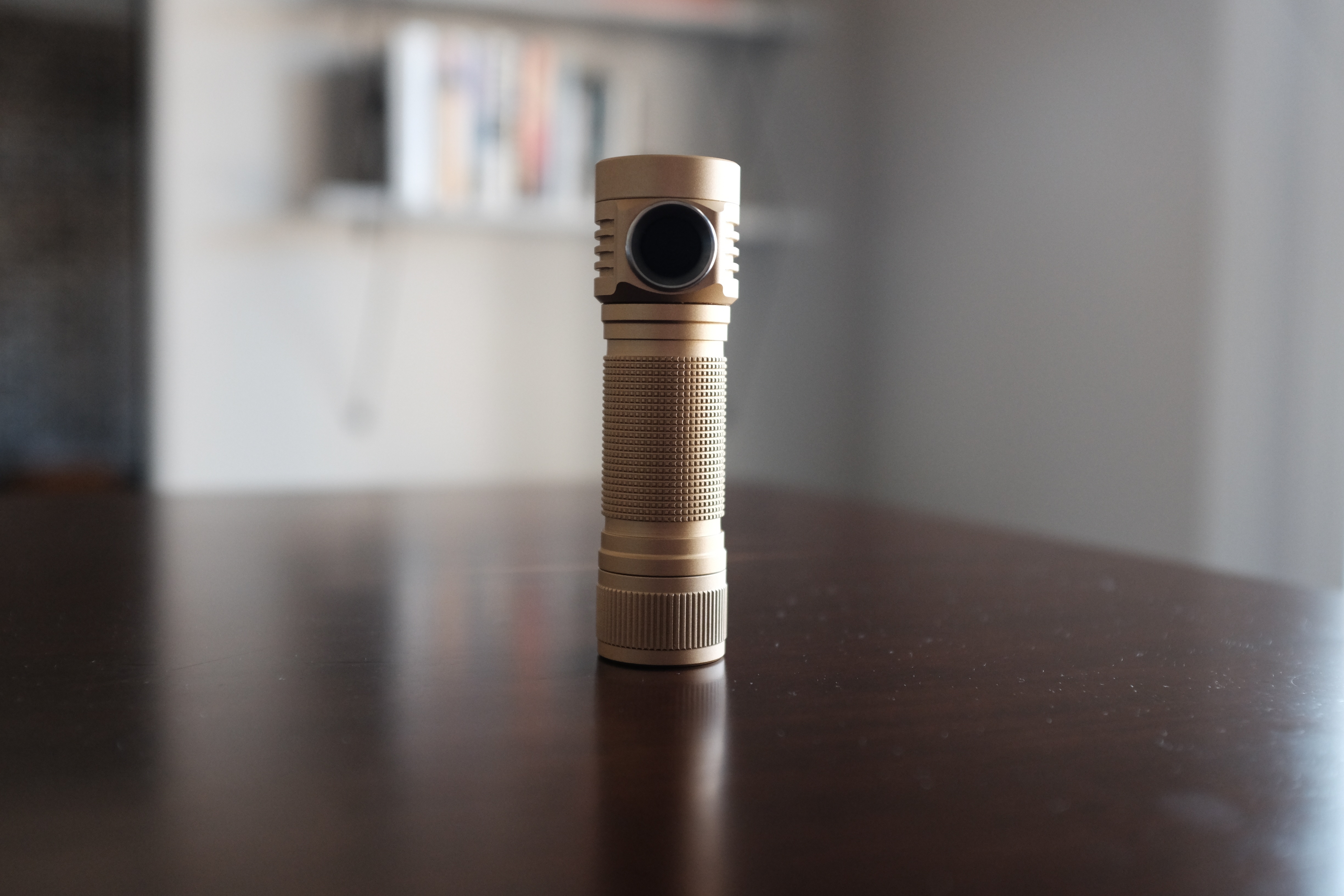 The simplest way to use the light is to click once to turn it on. It will turn on to the last used brightness level, which I make a habit of always being the lowest brightness. From there a click+hold will smoothly ramp the brightness to max — and the light slightly blinks when you hit max. Releasing the button at any point will keep the light at that brightness. Once you hit the top, repeating the process drops it back down smoothly in power.

The key here is the smooth ramping which is very unnecessary and absolutely lovely to use. Again, no need. But much want. The light gradually increases the output instead of it jumping from one level to the next. The only other mode I use is a double click to get to as bright as I can right away — which doesn’t impact the memory setting and is handy if you just need a lot of light really fast.

All in all, it’s useable, but incredibly fiddly. That’s kind of the story with this light. 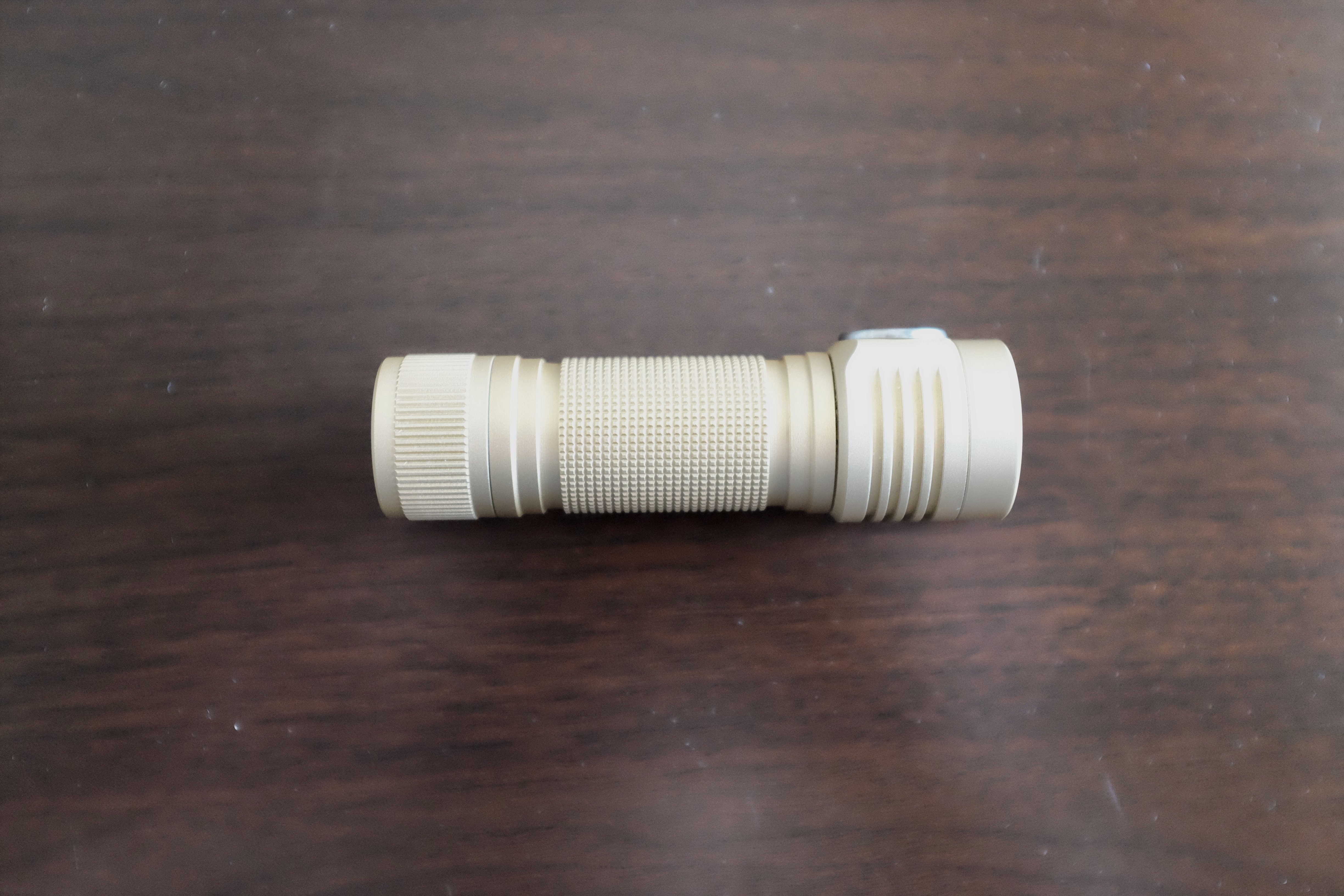 I am told flashlights are for lighting up the dark, and not playing with and constantly blinding yourself right before video meetings. So I did test this in the dark, and there’s three things I worry about:

Get this light and you will not regret it. E21A in 2700K is my pick. It’s a lovely output, in a really fun and nerdy light. I wouldn’t want to rely on this light in a situation where I need fool proof light. But it’s the only light I have been grabbing since I got it, because you can do silly and awesome stuff with it. And did I mention how lovely the light quality of the E21A is? Because it is lovely.

Highly recommended, one of the most fun things I have bought this year. I may have ordered another one with only red LEDs in it.