This is the slip joint you should spend your money on, it is fantastic.

I’ve been very happy with the Benchmade Proper — a knife I have found to be an excellent for the office. However, this Lion Steel came about after finding a new subreddit r/slipjoints which is dedicated to this type of pocket knife. It’s one of those subs you should not visit if you like having your money in cash form, instead of knife form which is slightly less liquid.

Anyways, in trying to decide which model of the CK lineup to pickup I ended up with the CK01 which has a lot of great materials for a reasonable price at about $127 (changes a little by variant).

And this knife kicks ass. You need one for sure.

The star of this knife is the blade itself — note that there are three knife shapes you can select — mine is a classic Barlow shape. Which looks almost rounded/spear like, and yet very non-aggressive. But it’s not just the shape I love — this is after all a classic shape. 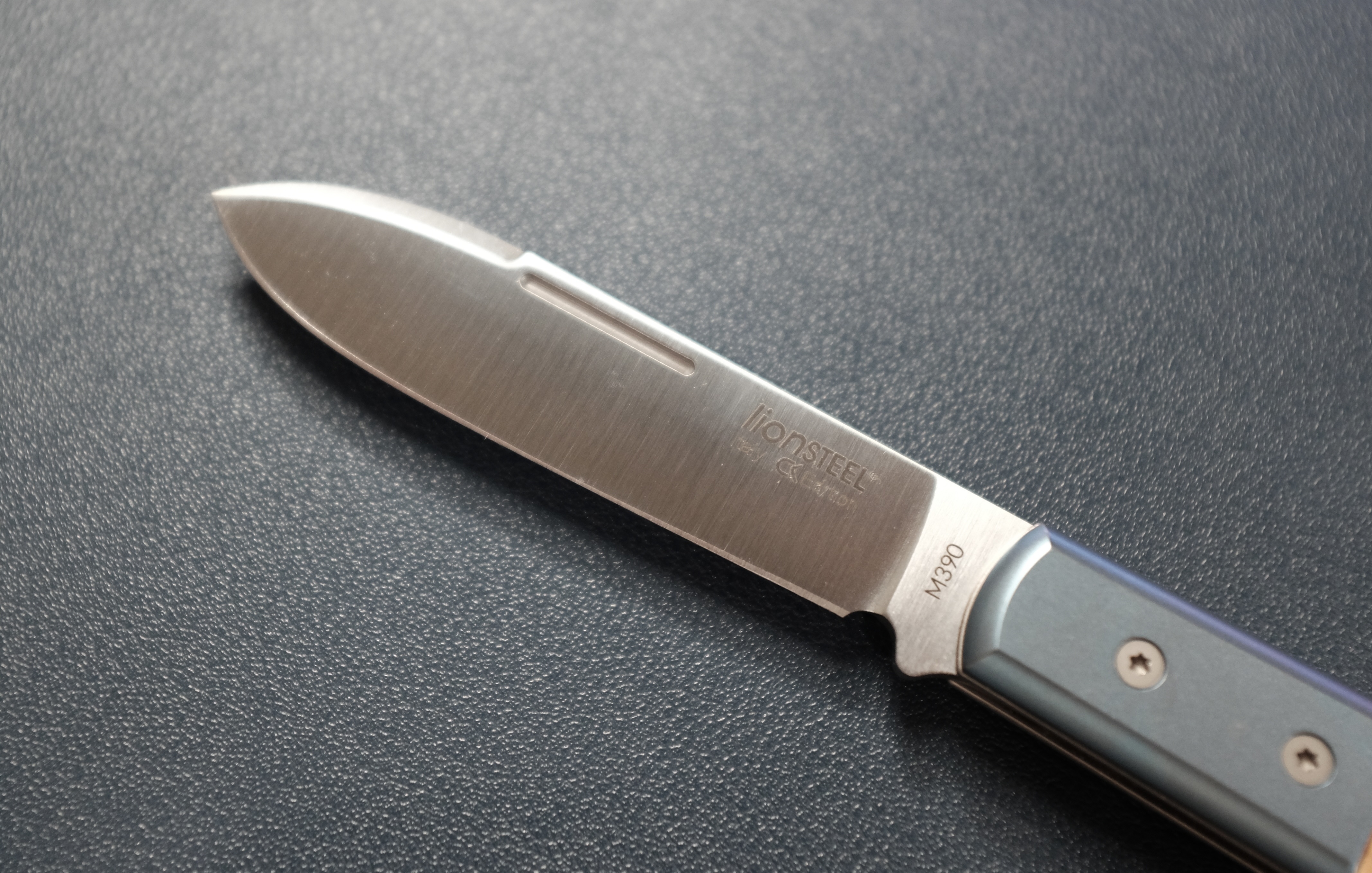 For $127 you get a knife blade made from M390, which for this knife is perfect. This isn’t a hard use knife, so you really want something that holds a great edge for a long time and never rusts. Welcome to M390, perhaps my favorite blade steel out there. Low maintenance, useable, and durable. It’s a great steel for a knife that is less outdoors, and more office bound. 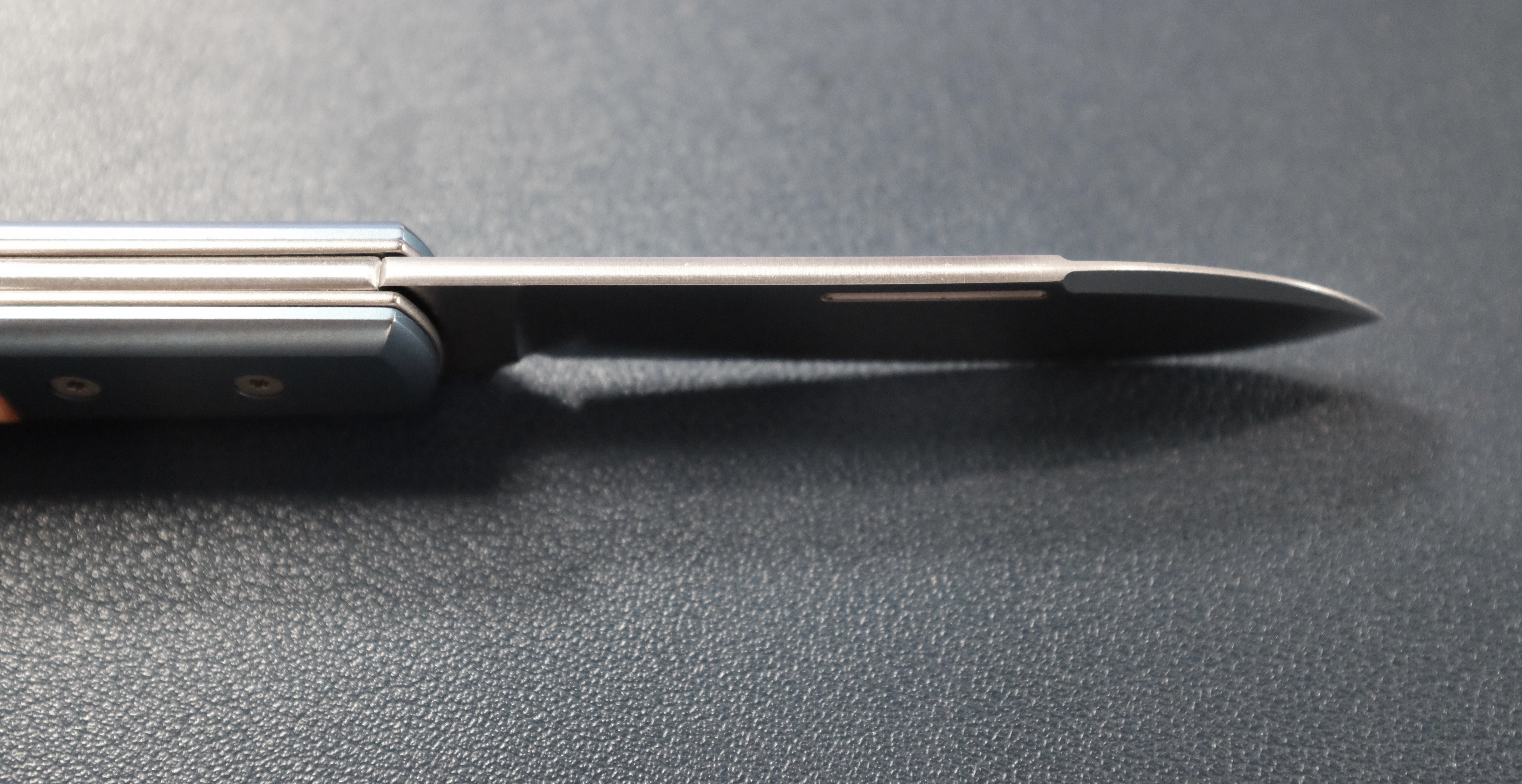 On top of the good materials and classic designs offered, I’ve found the finish to be well above what I would expect at this price point. All too often a good edge, and a well finished spine seem neglected on knives below $150, but that’s not the case on the CK01. Where the spine has a gently rounded area for about 3/4s of the blade, and an eased edge as it transitions to the blade itself. The entire finishing is subtle, but it is there and something I was not expecting at all. It’s finished far better than I would expect — much closer to something you would see on a Chris Reeves than a Benchmade.

The blade is stellar, is what I am saying.

The handle on this knife (there are many options) is a blued titanium bolster, paired with a wood handle to finish it off. Both classic and modern. I would much prefer the bolster not blued, it’s not a big thing, but aesthetically I find the blue a bit out of place. 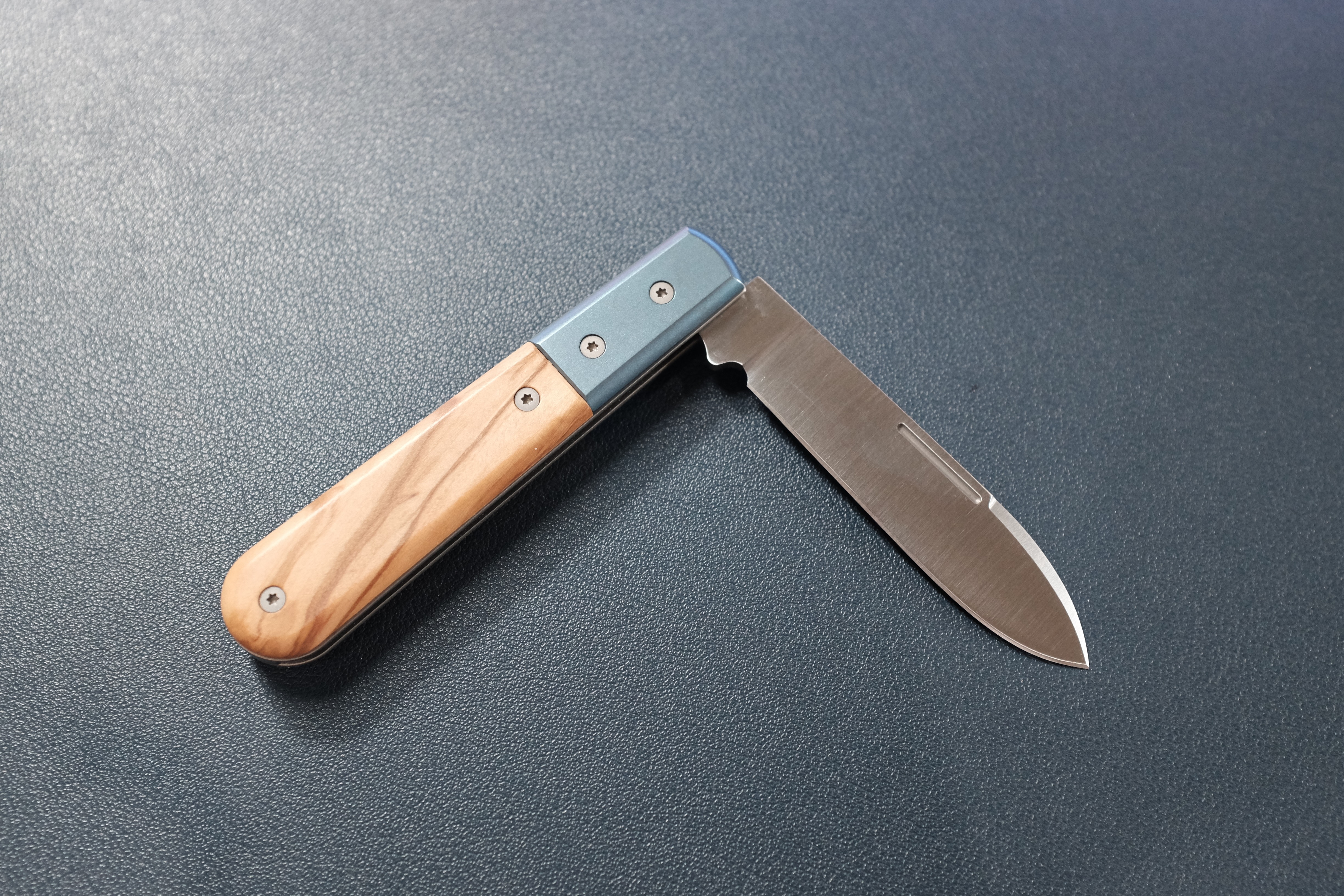 The handle itself is lovely in hand. It’s slim, but not sharp. Everything is eased and rounded such that no single point digs into your hand when using or holding the knife. So while it’s not ergonomic in shape, or an overly large handle, for what you will use the knife for it is very comfortable to hold and use.

The primary use for this knife (and really all my knifes) is to destroy Amazon…boxes. And for that, this knife does well. I’ve not sharpened it once since getting it, only touching it up on a strop — something which rarely happens. 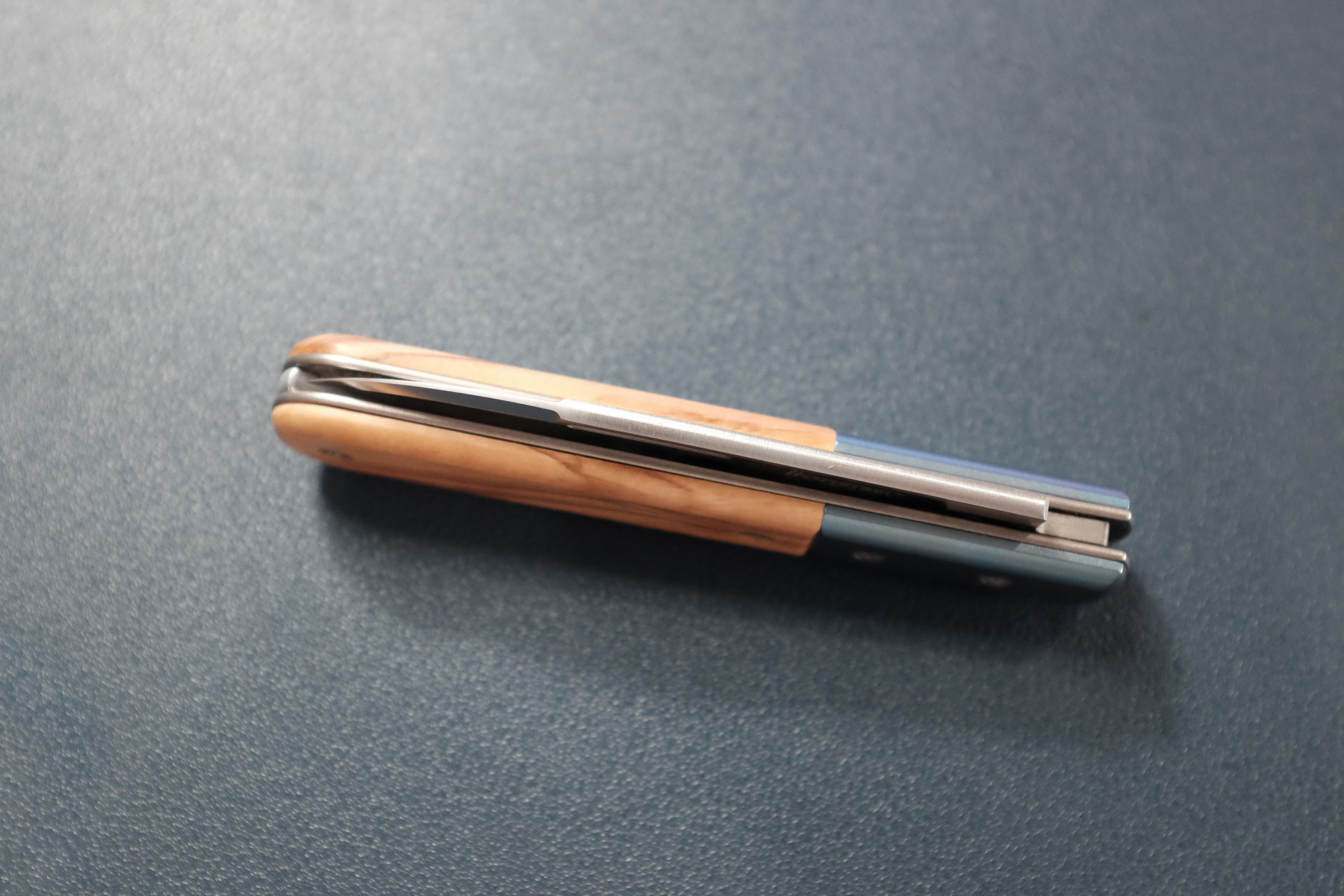 The point is pronounced enough to dive into cardboard when needed. The retention from the slip joint is more than enough to keep a minor mistake from being a highly regrettable mistake. And the profile of the blade makes is a very good box opener.

A+’s all around, my Amazon boxes tremble in fear.

At 2.08oz this is a very easy knife to carry, especially given that it’s 3.75” when closed in your pocket. It easily drops into your pocket without worry. If the thickness of the knife is a bit much for you, note that there is a slim version on offer which brings down the width more — though I think it loses a little appeal visually. 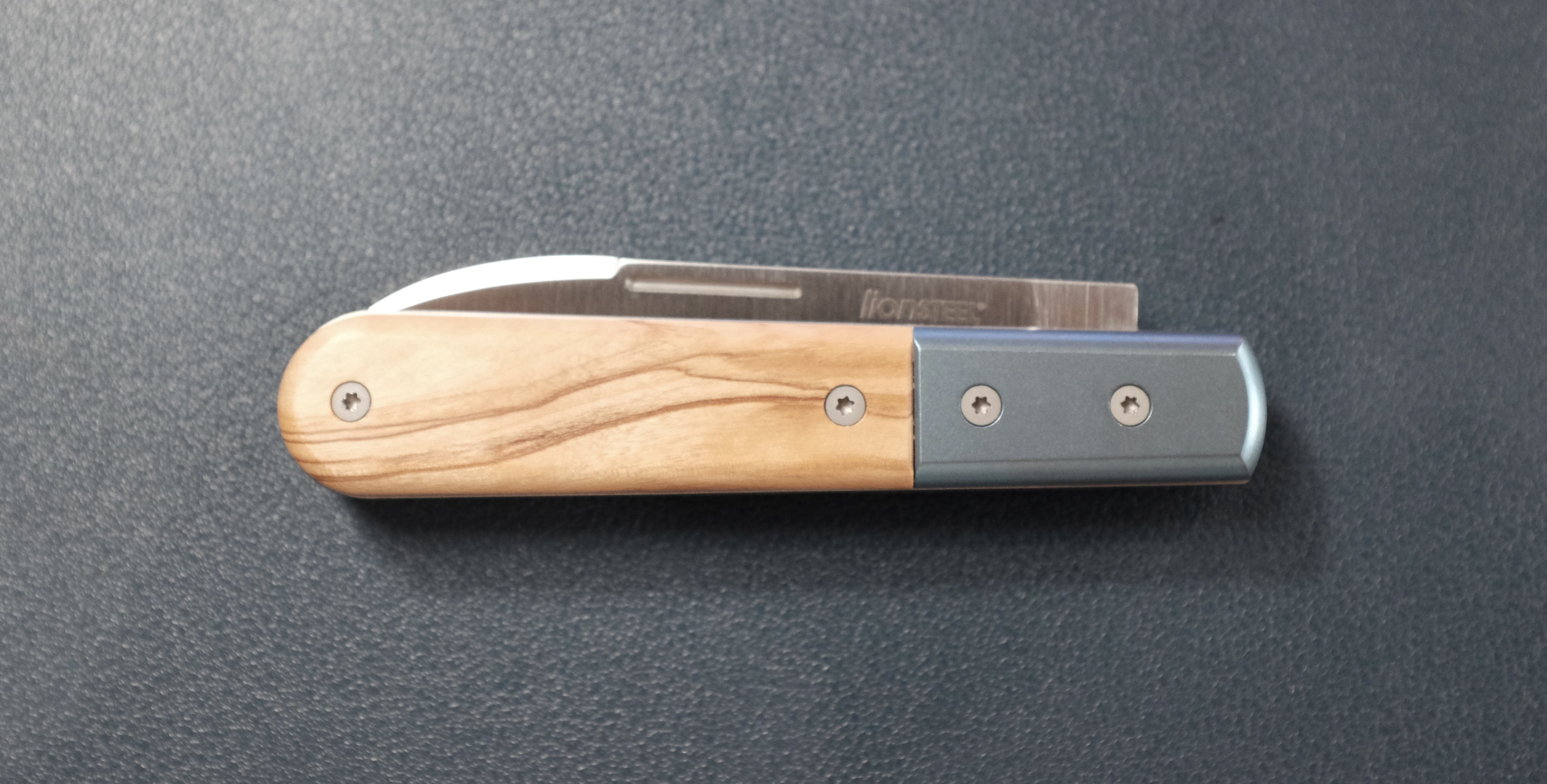 The only complaint I have is that the front bolsters have rather strong points on each side at the front, and thus those can dig occasionally when in pocket. Given how eased/rounded/beveled the entire knife is, I would have preferred those to be far more rounded also. 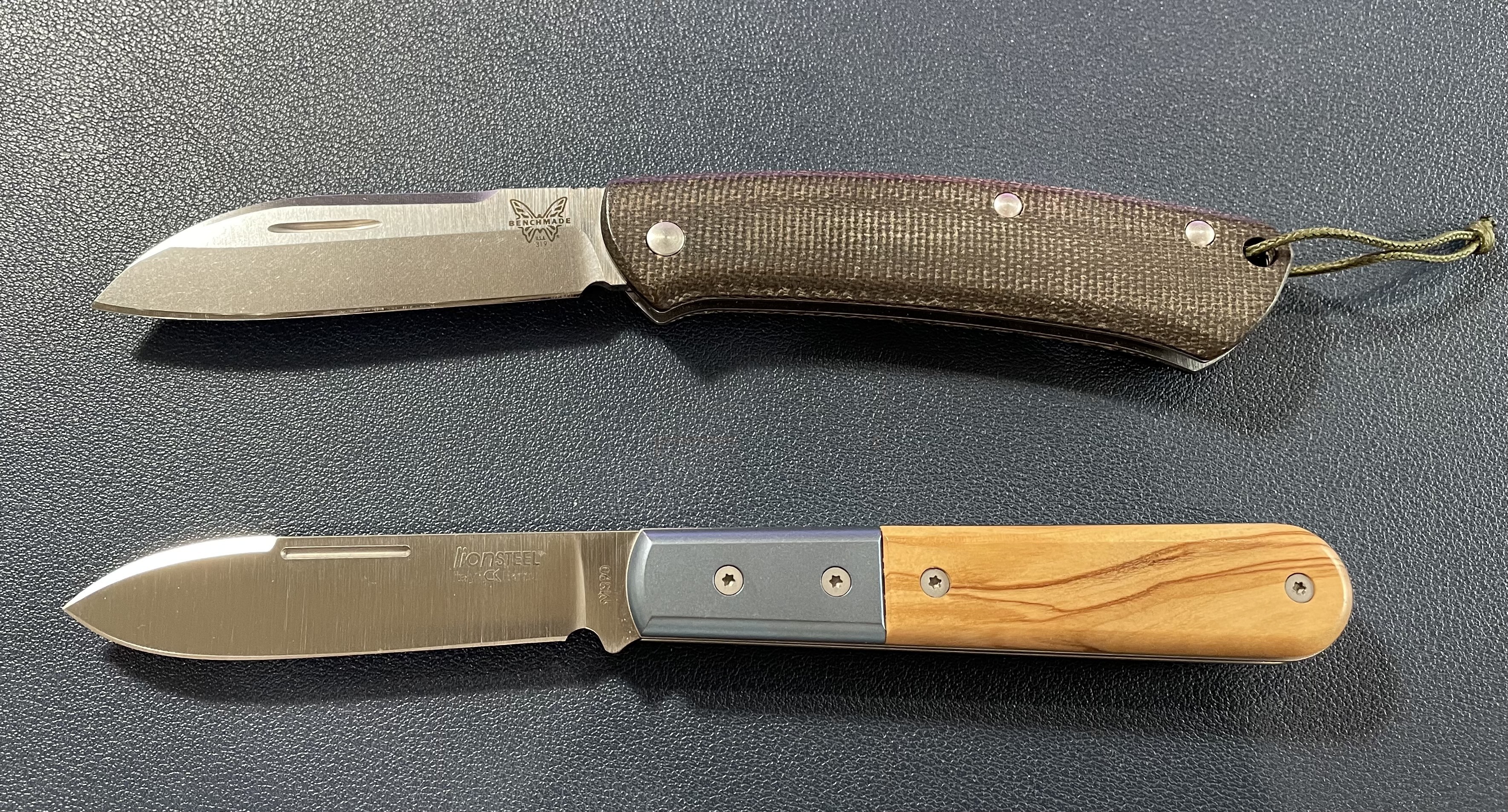 That said, when comparing to a Proper, this is a featherweight knife in both perceived weight, as well as how small it feels in your pocket. The CK01 is not that much smaller and lighter, but in practice it is a world of difference and feels smaller.

I much prefer carrying the CK01. 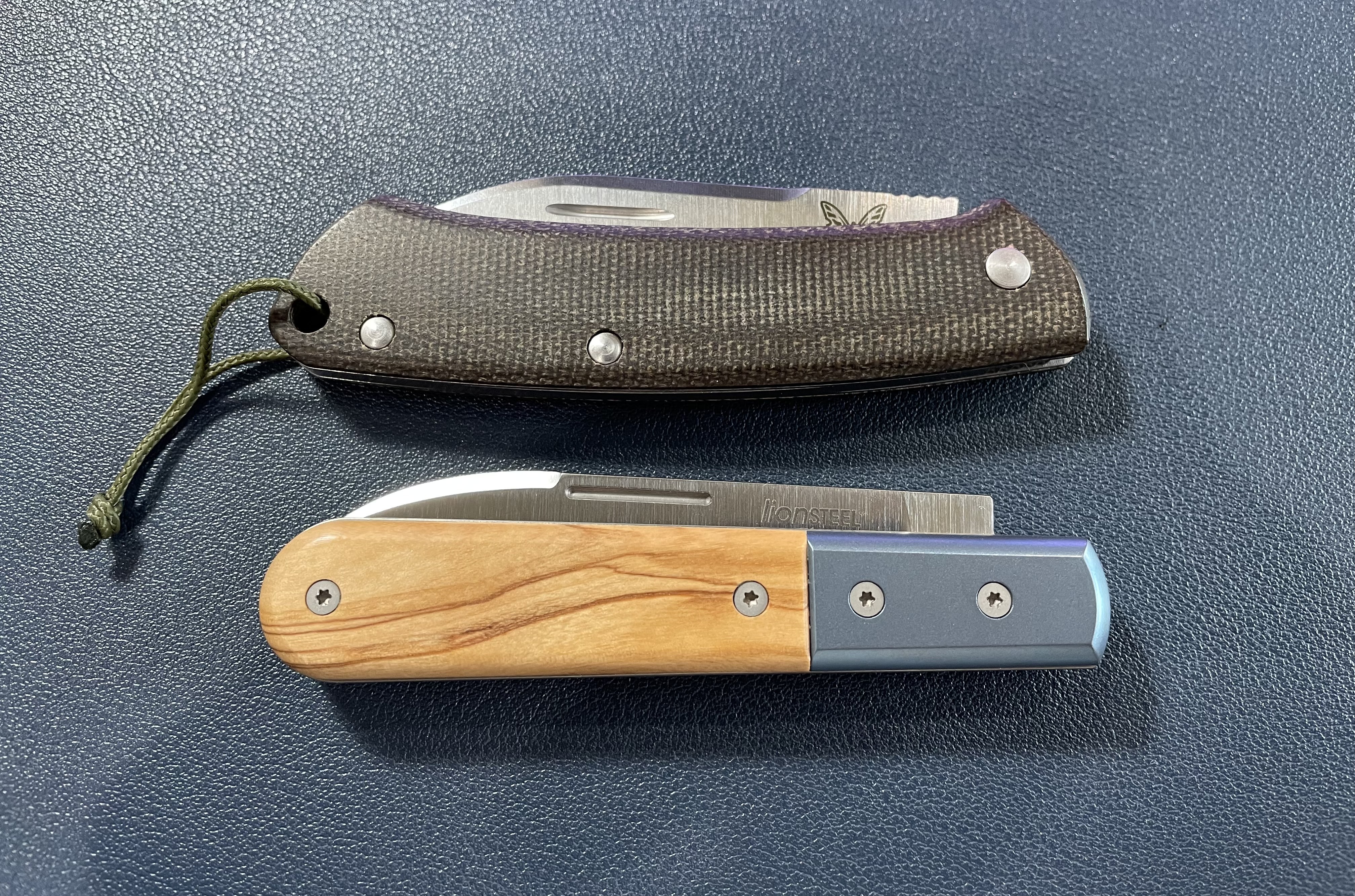 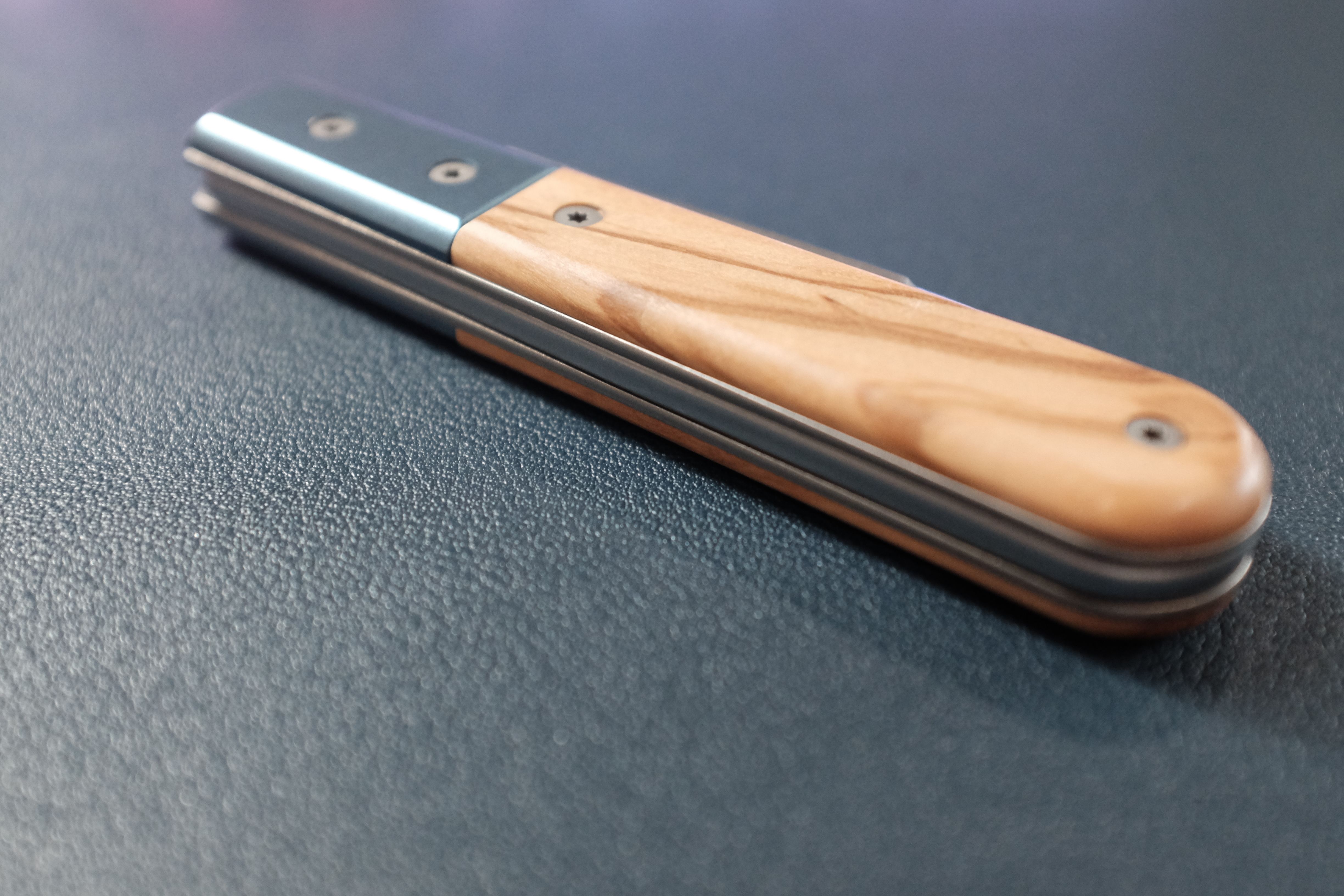 For me, I only use a slipjoint when I go into the office, not because of any rules, but because I prefer a smaller and more non-threatening knife. And the thing is, this is the best slipjoint I own — I really like it, and think you should get one.

I bought mine here.