This is one really good light for a really great price too.

I’ve talked about JetBeam here before with the JetBeam Jet-1 MK Professional — I was impressed with the size and raw output of that light. It was a finicky light though, which I ultimately sold off because it didn’t do it for me. And a while back a member here posted on the member Discord that they modified the JetBeam RRT01 Raptor with a warmer (better) LED and offered a couple up for sale.

Umm, what’s that now, of course I snagged one.

The RRT01 is an interesting light from JetBeam, as it is listed as “tactical”, but really feels more like an EDC light to me. The big thing about this light: it has a rotary control knob to adjust the output of the light just by twisting the rotary dial. 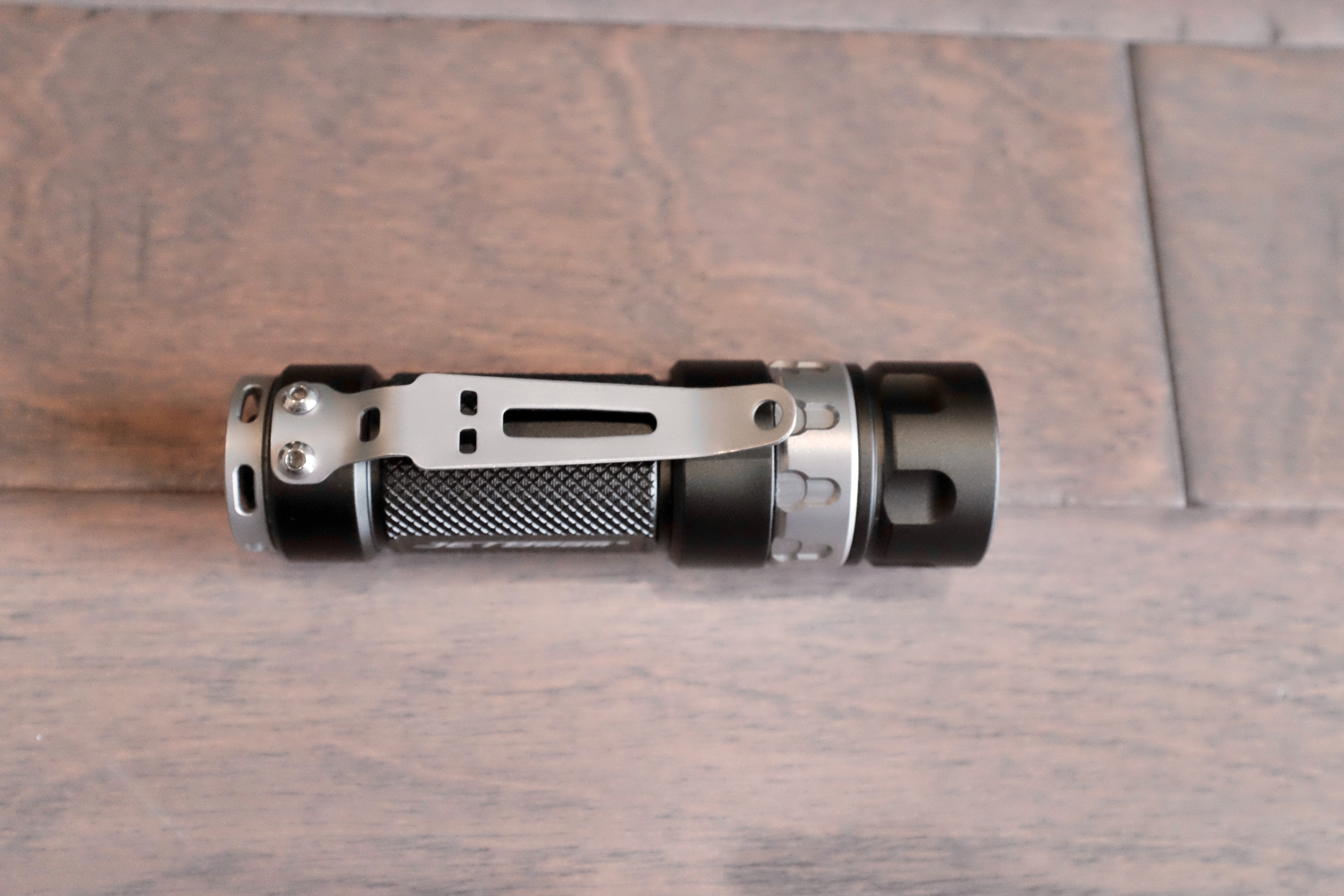 tl;dr: Yeah, this is a cool light.

I have a thing for low output in flashlights. I think bright flashlights are great and super fun, but they are of limited utility. (According to meme’s this is in line with my progression down the flashlight rabbit hole.) But a super dim flashlight is amazing when it’s very dark and your eyes are adjusted for that dark. But it’s also very hard to find a flashlight that outputs that low as most people are not in the market for this, which means you’re looking at expensive flashlights for the most part. This is how the RRT01 came to be in my hands: I was told that it might be the lowest output light I could readily get and I would love it. Pretty much accurate. 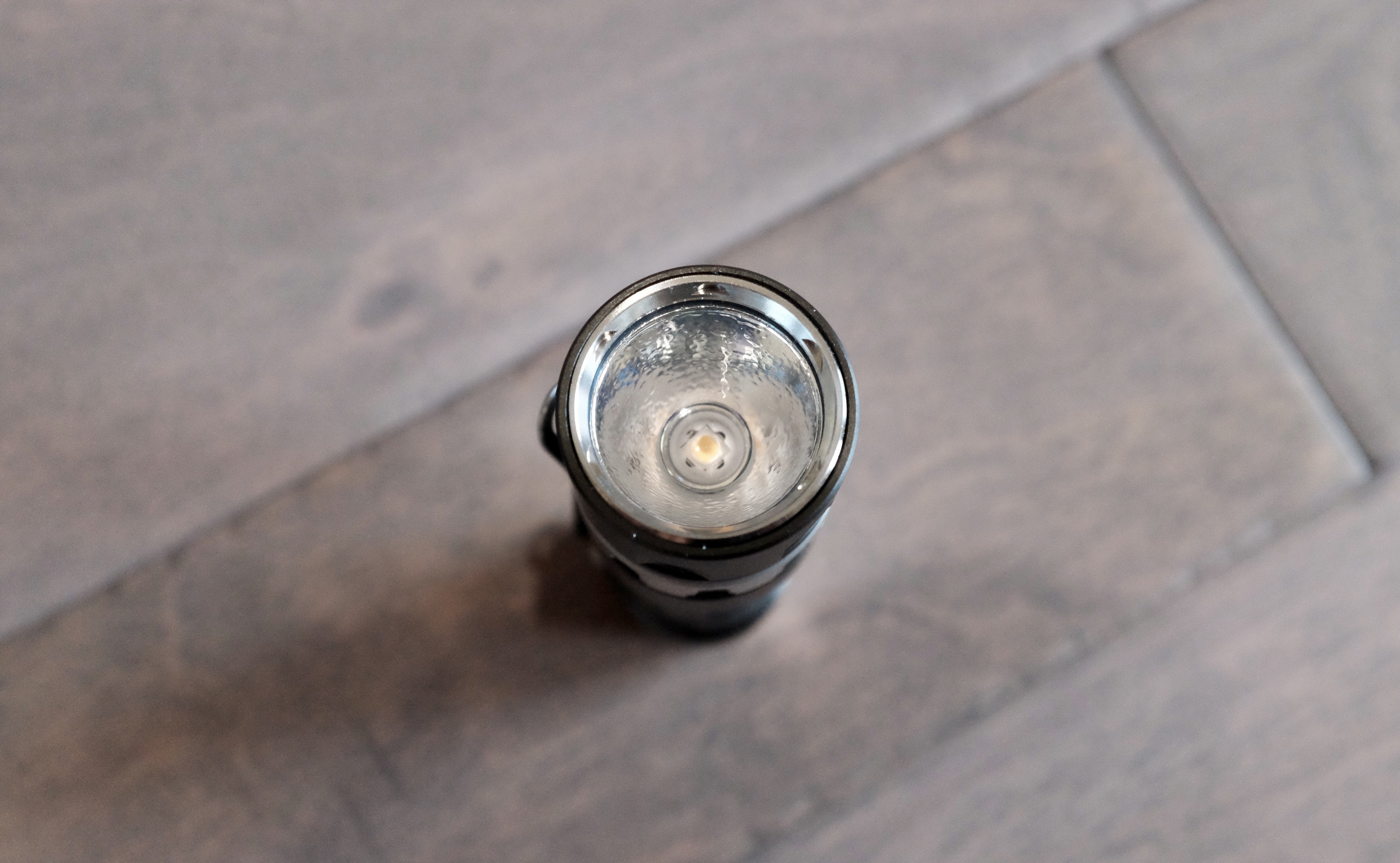 By default the RRT01 Raptor comes in one of two configurations: CREE XP-L cool white, or Nichia 219C slightly less cool white at about 4000k. I have neither of these, as my LED has been swapped out, but if you are buying, get the Nichia 219C which isn’t bad by any means, but I prefer a warmer light especially when we are talking dim light. 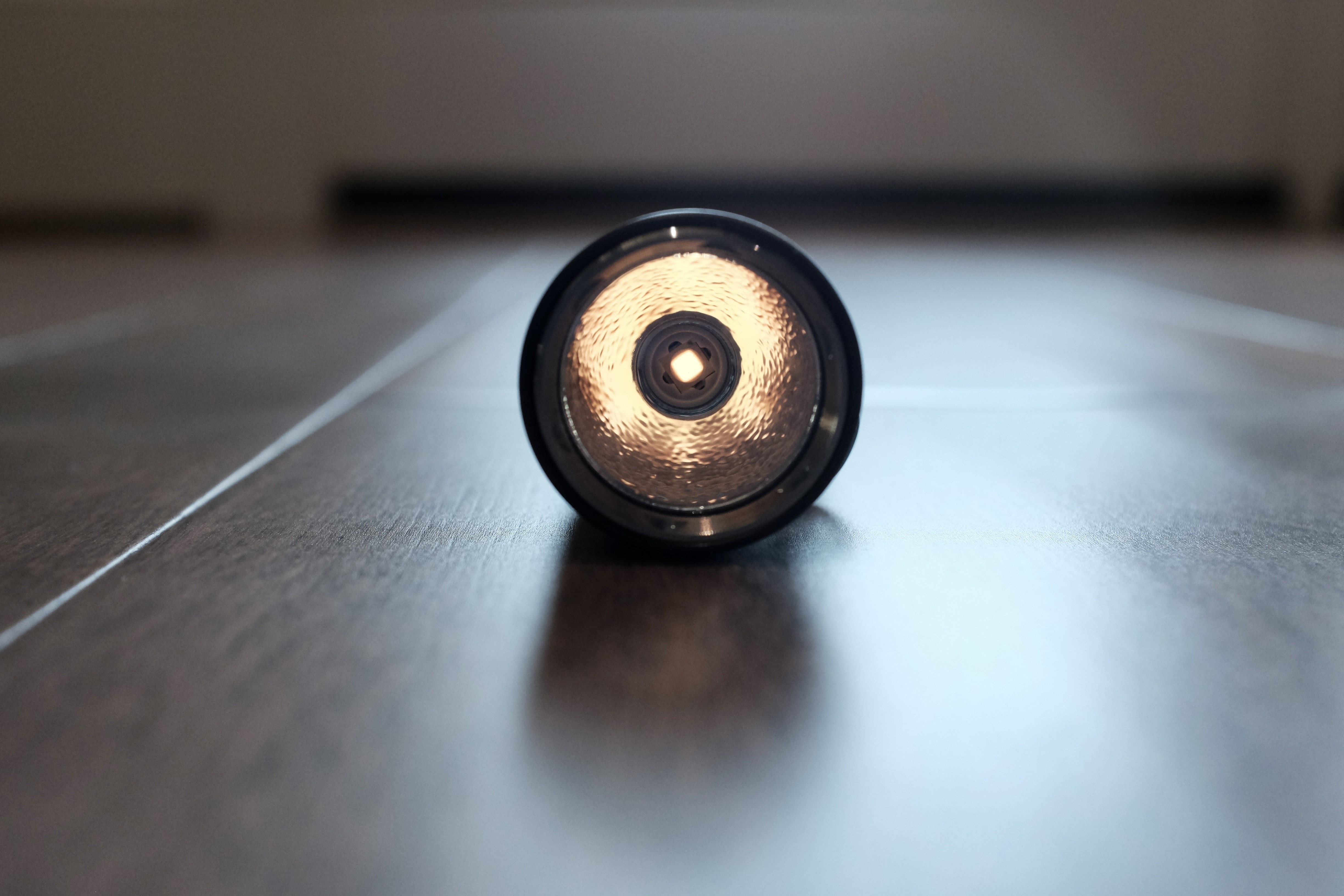 Mine has the Nichia 219b, which is an SW30 color temp: meaning it’s very warm. This makes the light excellent for CRI and for nighttime use overall with the earth shattering blinding side being the trade off — it’s still more than bright. Real talk: anything over 300 lumens is far brighter than you likely need in most situations. More lumens is fun, obviously, but I rarely need anything over 140 lumens day to day so really worry less about max output. 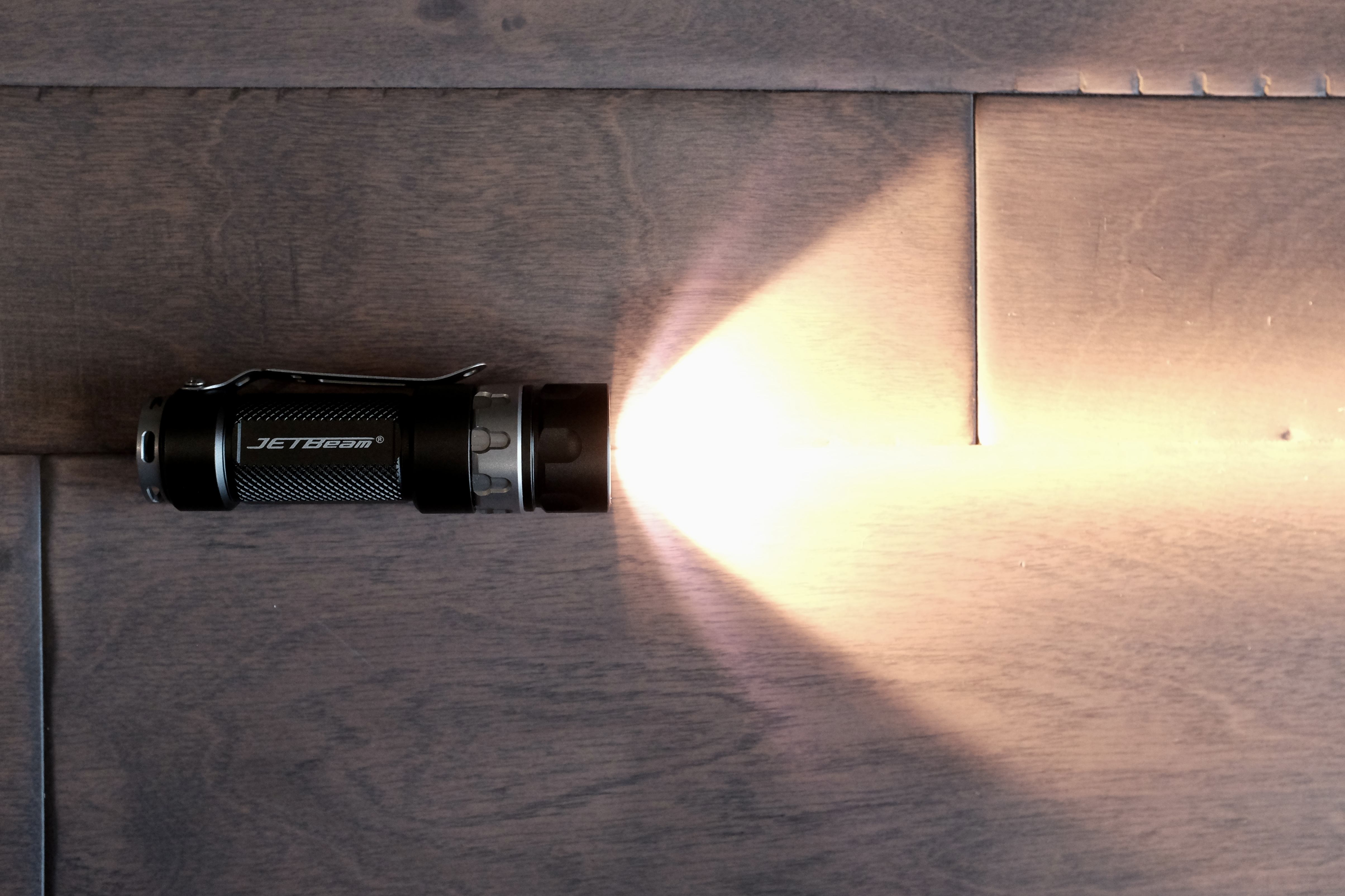 This entire setup is powered by an 18350 battery by default, which is essentially a chopped down 18650 battery (18 being the diameter, and the last three numbers being the length of the battery). But the light can do more than that, as it comes with two extension tubes which can extend the light so you can put in an 18500 or 18650 battery. The only gain you get from doing that is longer run times, while sacrificing the looks a lot. We shall ignore those extension tubes, because ugly is not why you come to this website. 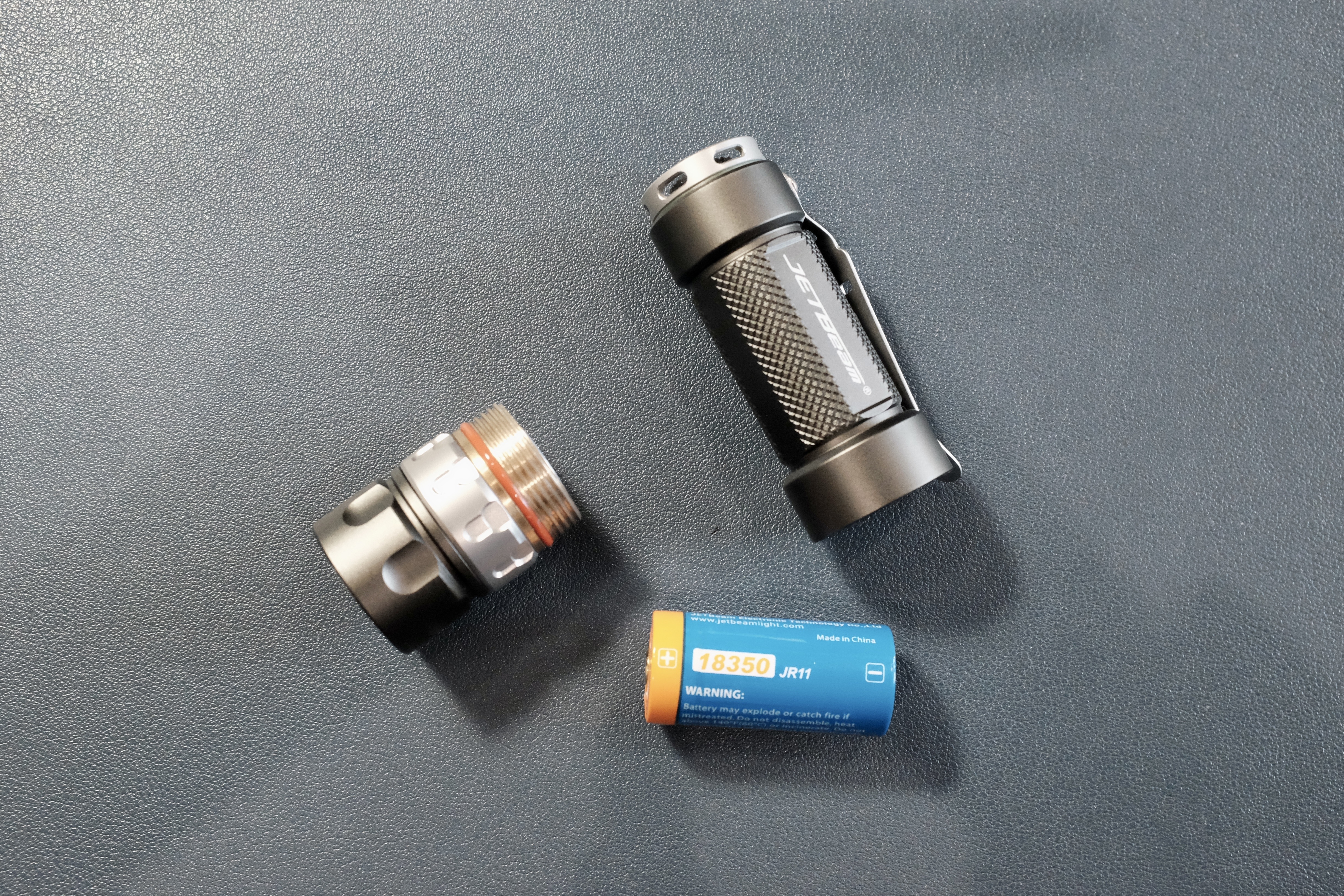 I am a big fan of the 18350 battery size though, it’s almost the same size as a CR123, but with a solid amount more battery life to it. That’s a nice trade off.

The light itself is a tail switch to turn it on and off. Once on, all the adjustments are made using the silver collar which rotates around the head of the light. It has a large ‘dead’ spot on my light before it starts to activate the LED, but it slowly increases the power in a very linear method.

At the lowest the light outputs an impressively low level amount of light and from there you can twist the collar up to full power. There’s a few extra features for strobe and SOS which are activated with an odd series of twists to the light and are super annoying to do. Best to think of this as an on/off with a power dial. 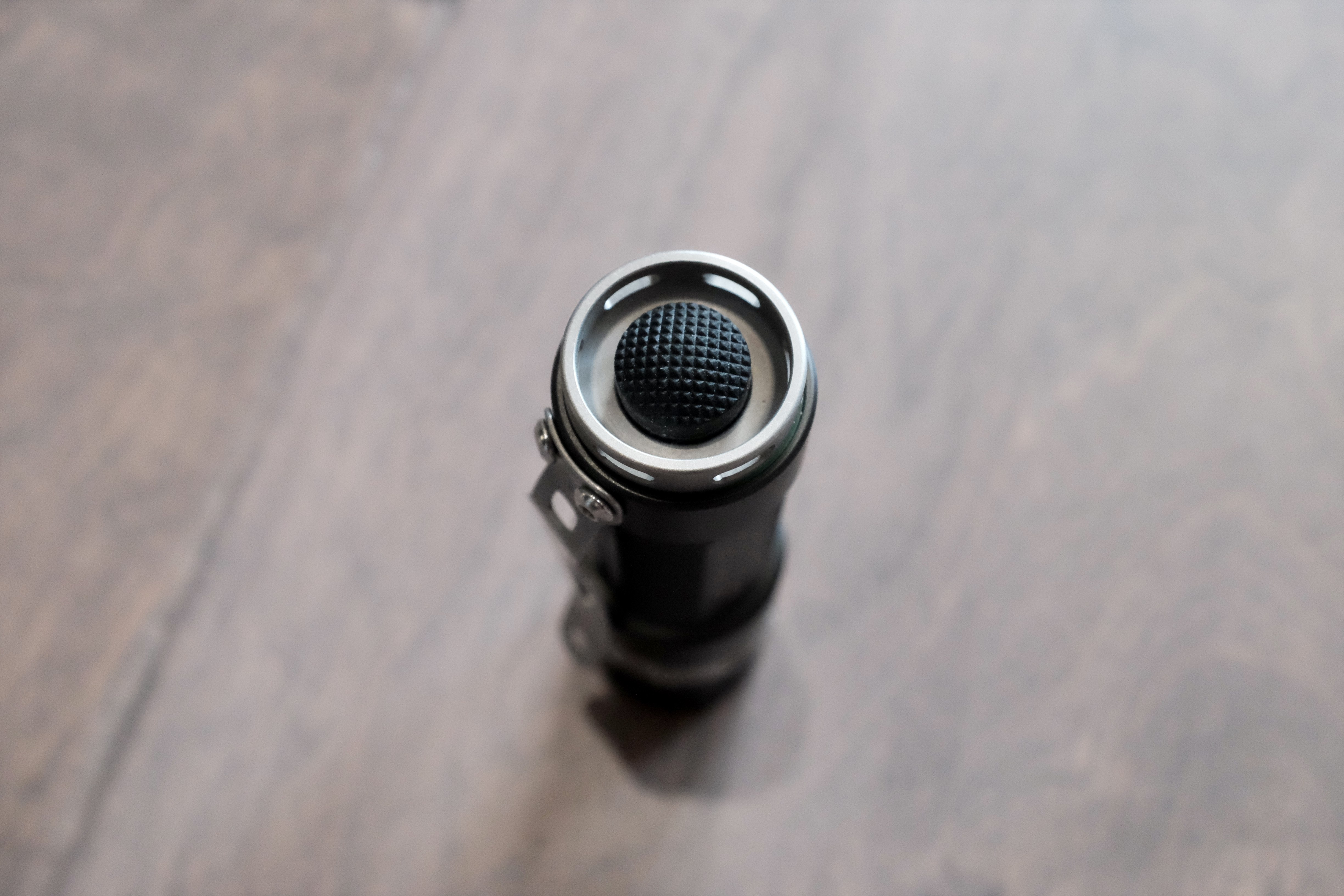 And for that it’s really good. There are only two downsides to the UI on this:

One way to get around that last issue is to active the switch as you pull the light out, but leave the dial always in the off position, then you can simple activate it as you go by twist only. That only takes a few minutes to get down, and I find that’s what I do most of the time with this light.

This rotary control isn’t perfect by any means, but for the price and ease of use, it’s really damn good. I’m a big fan, and it is most certainly my dimmest light yet.

Prior to this light the largest light I ever pocket carried on a regular basis is the SureFire E1B MV, side by side, they are almost the same size. The RRT01 is a little thicker throughout, whereas the SureFire has a much larger head and is slightly longer. 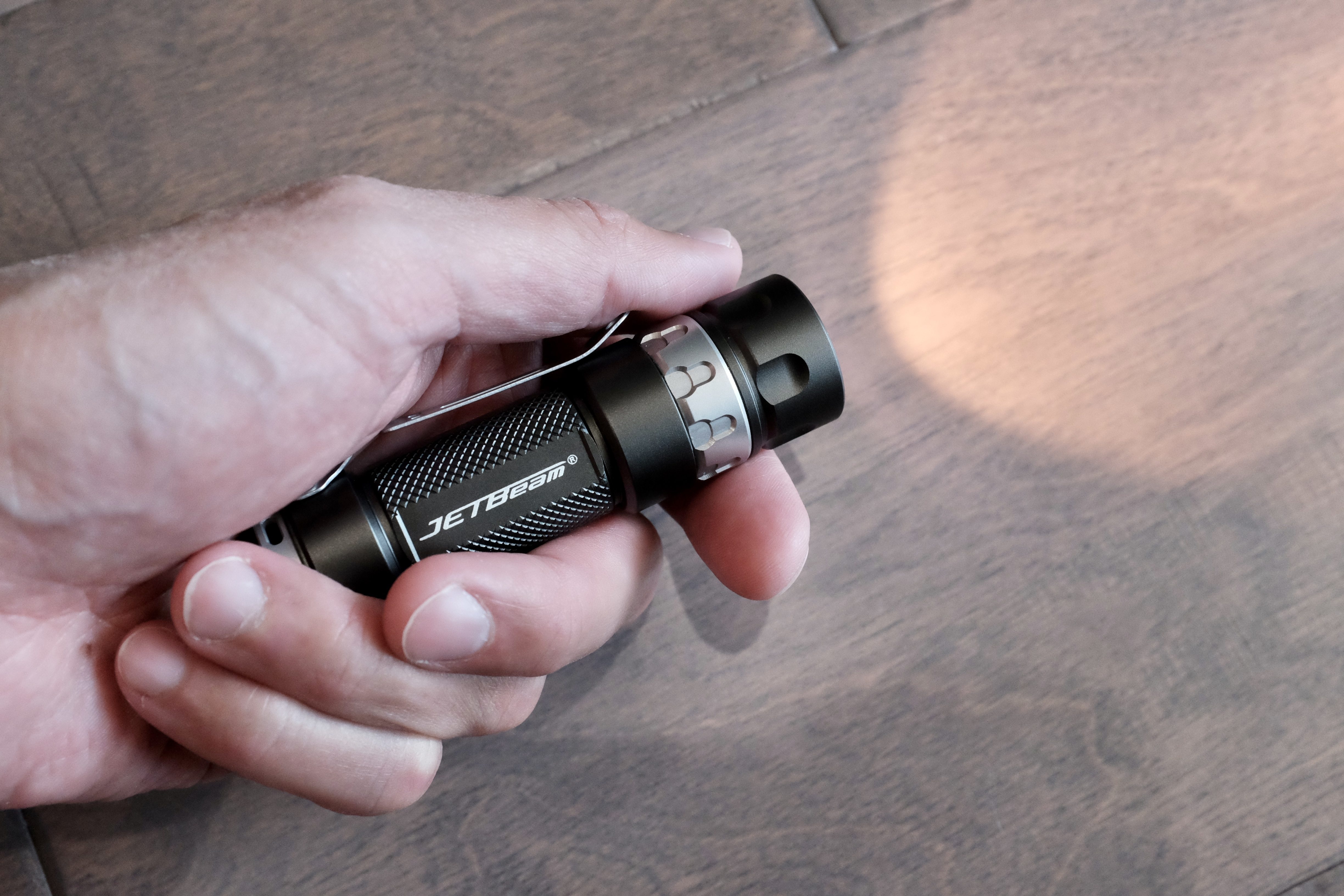 Which is to say, I quickly became accustomed to carrying the Raptor without issue. It’s very pocketable and the clip is also really solid. Often in the evenings I’ll wear basketball style shorts around the house, which are prone to having lights drop out of the pockets when I sit or lay down. But the Raptor clip offers good retention while easily clipping onto a pocket that doesn’t have much structure. 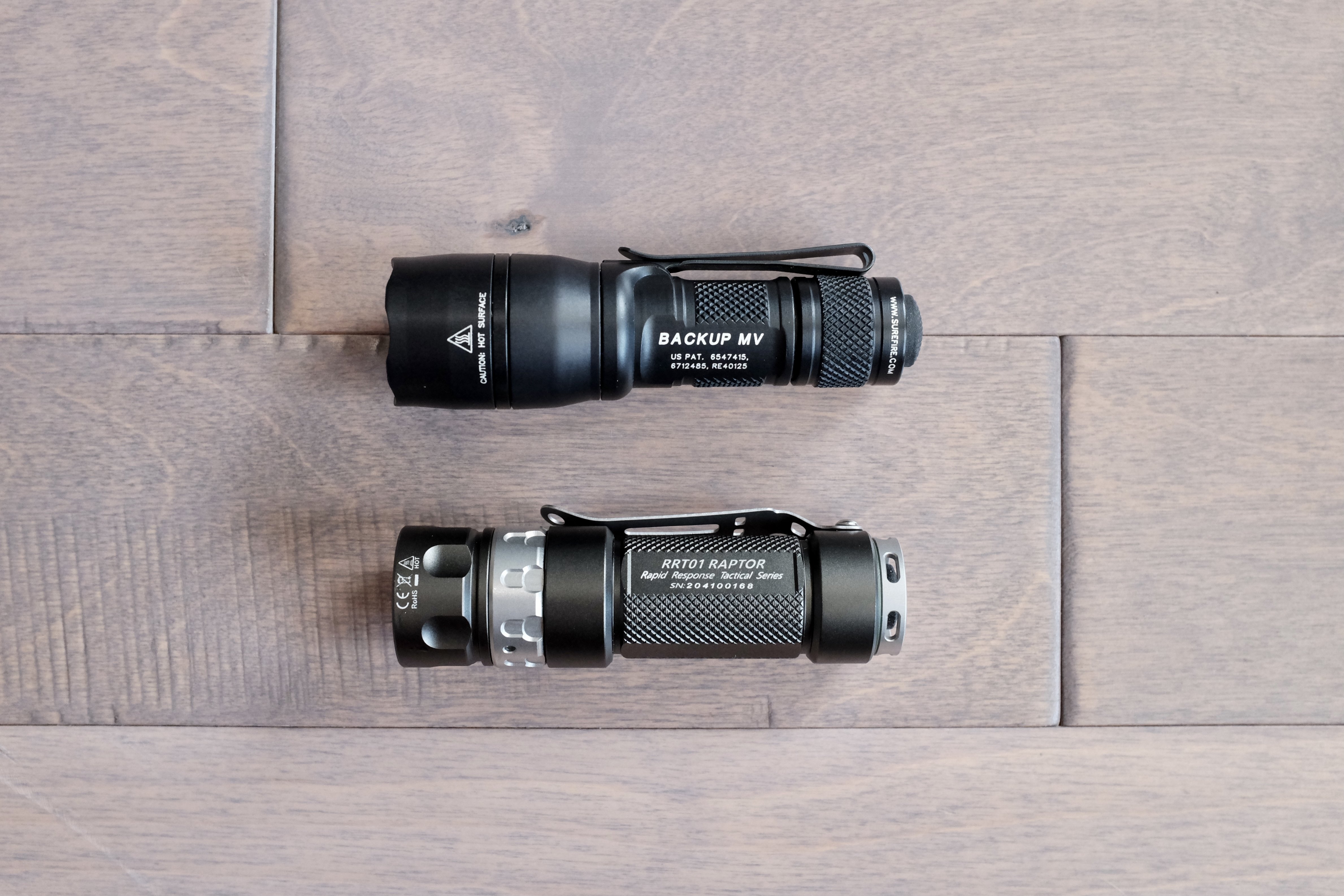 The difficult part of carrying this light is the weight, as it is a little hefty. It’s not terrible, but you are certainly going to notice it in the bottom of your pocket. Best to clip it to something, or put it in a pocket organizer of some sort.

The size and weight make the RRT01 Raptor a light that I don’t love carrying, but the UI and LED in it make it a light that I still carry quite often. I carry it despite it being a little bulky and heavy because I find that I love using it that much. And I carry it over a lot of other lights that might carry easier because I know I can nail a super low output with the light without fail, every time.

It’s also made me a huge fan of the 18350 battery sizey. Overall this is a very good light, and in a lot of ways has replaced my SureFire E1B MV as I find that I rarely carry that light now. 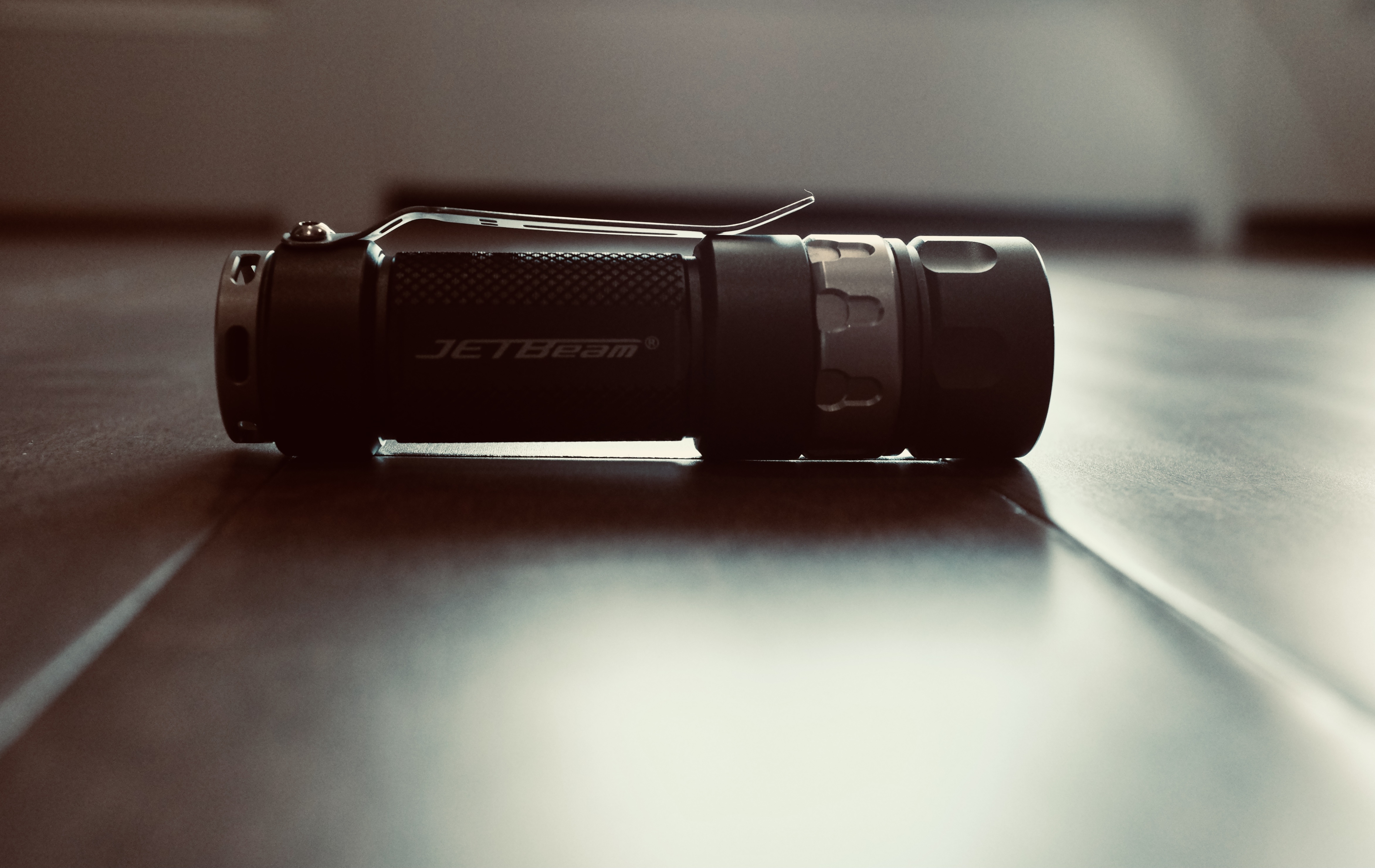 This is a light worth your money, and if you are a member you can head over to the Discord and you’ll quickly figure out who there you might be able to convince to swap the LED for you.