This is one of the best value lights out there, with three really good LED choices and built in charging.

There’s nothing about this light, on the surface of it, that is compelling. It’s big and kind of ugly looking. But, then you take a closer look and realize that for about $40 you get a light, with a battery and a built in charger.

Oh, and actually it’s three lights in one.

It’s still kind of silly, but the value proposition is getting better and better. The WK30 is a UV/Deep Red/White light all in one package, and it’s actually not that tricky to use it. For the price, this is one hell of a gateway into the flashlight world for a lot of people. 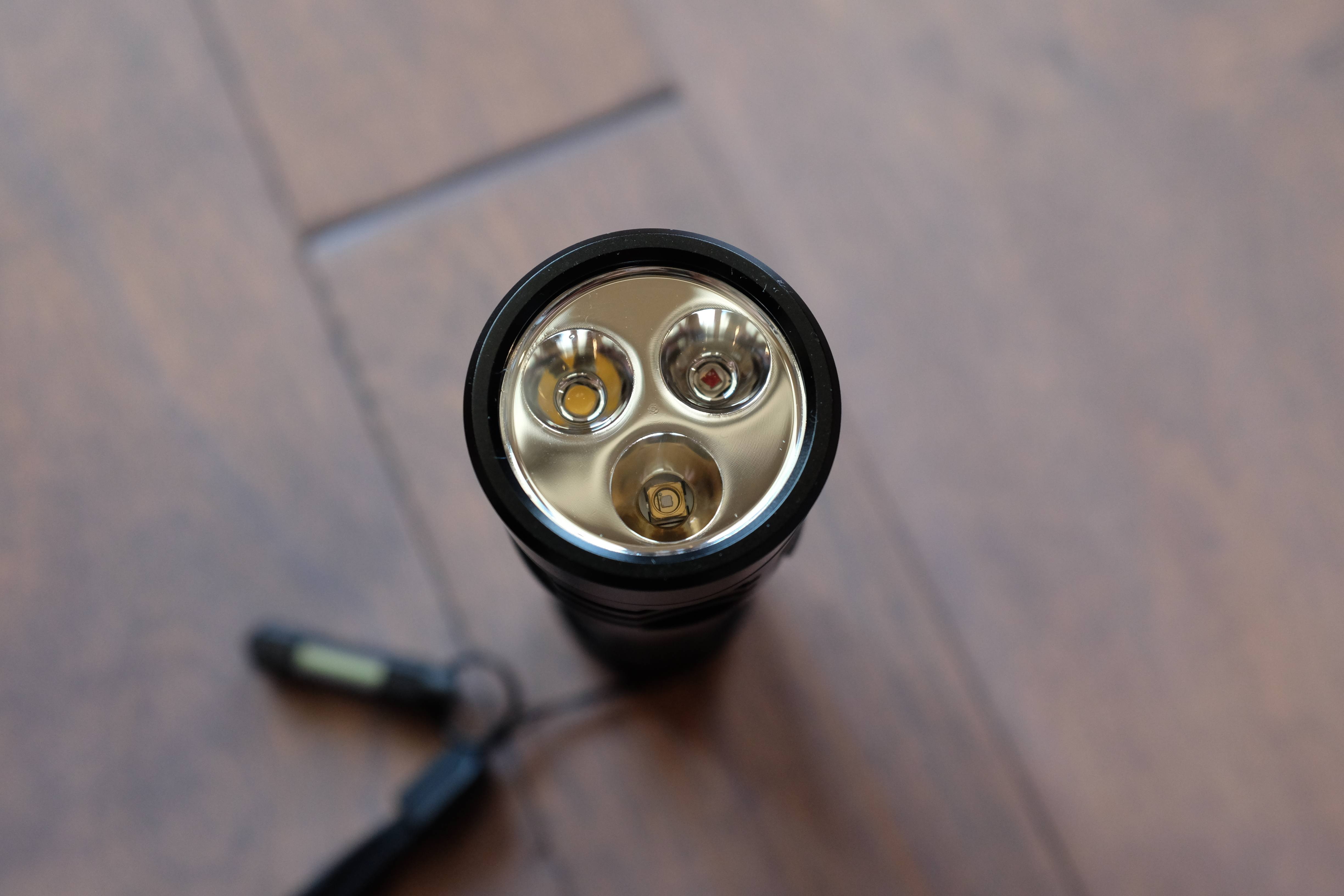 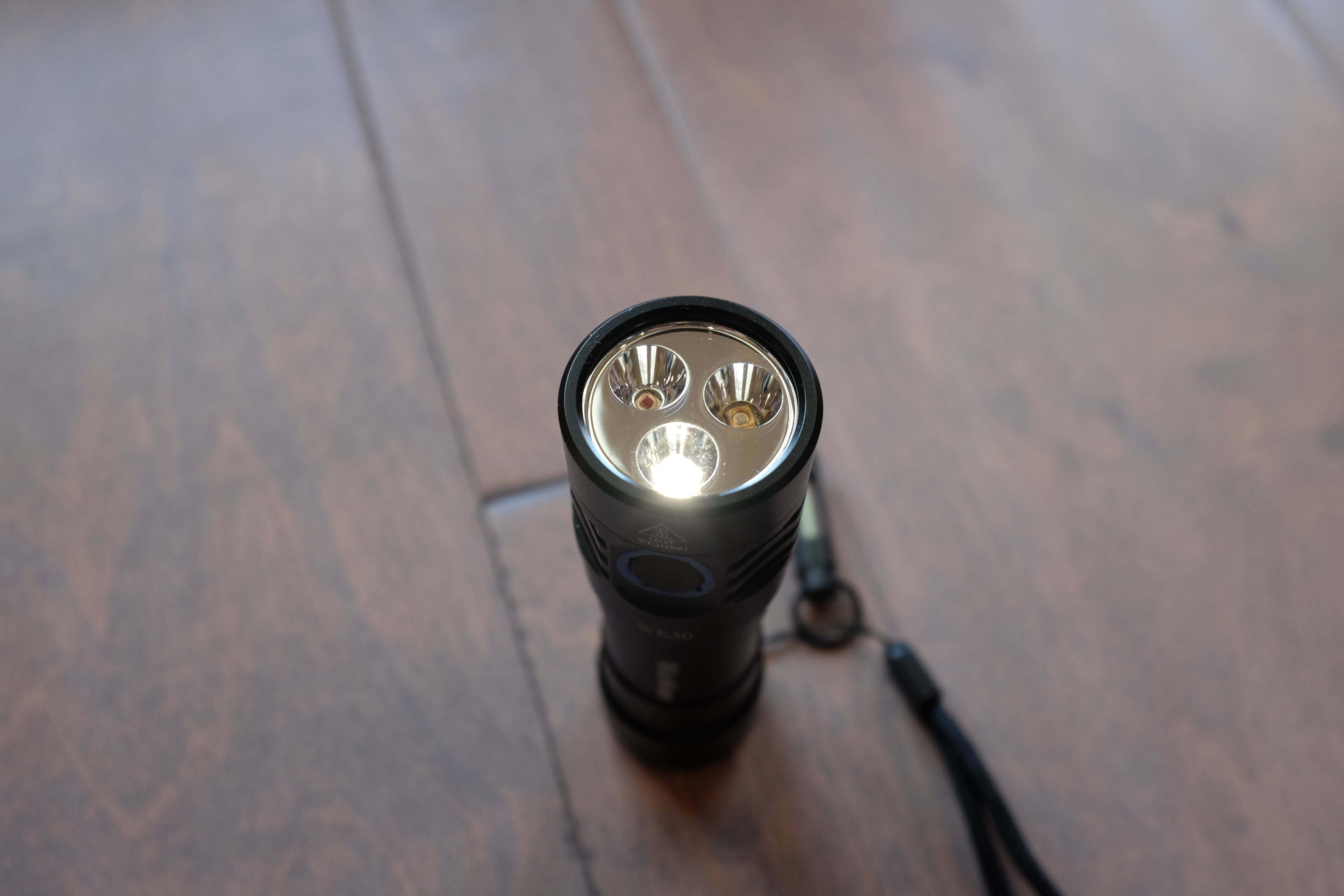 You only get one of each, but the outputs are really great from each of them. The red LED is great, but a bit bright for my tastes. And the white tops out at a claimed 1200 lumens — so it will blind. 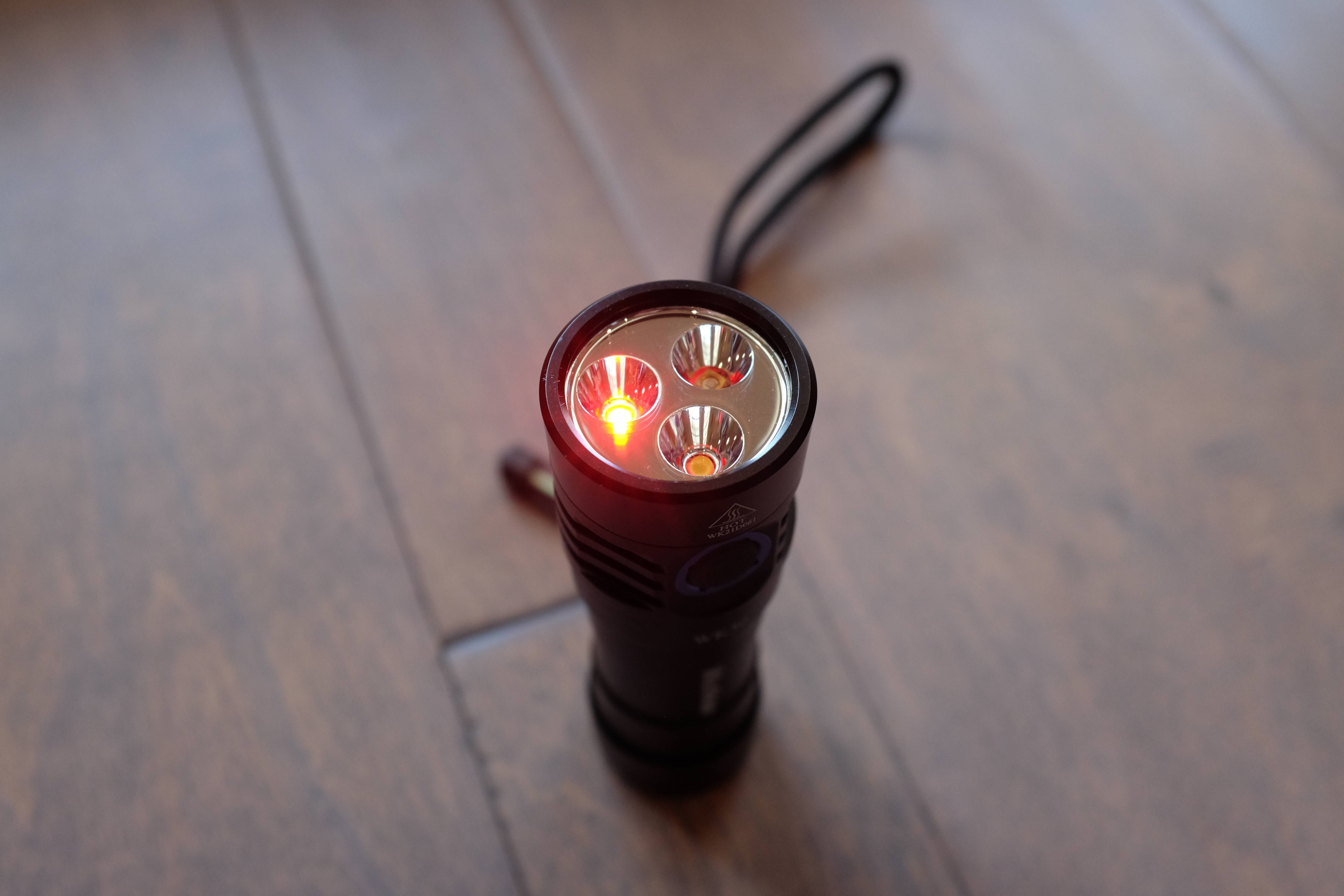 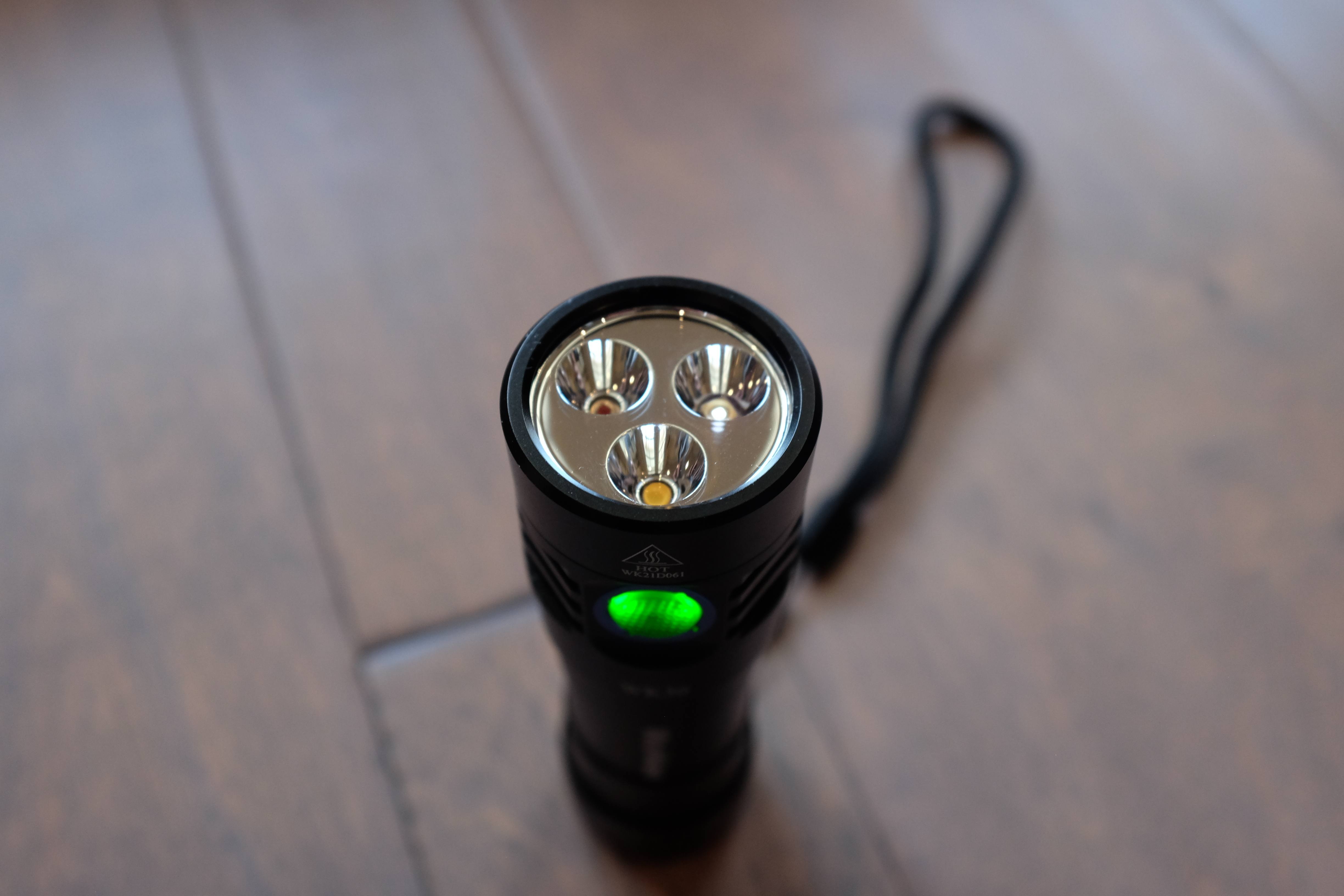 It’s basically setup to be an around the house, go to light, which can handle anything — it’s rated IPX8 on top of it all.

It’s really weird but somehow it all works together well. 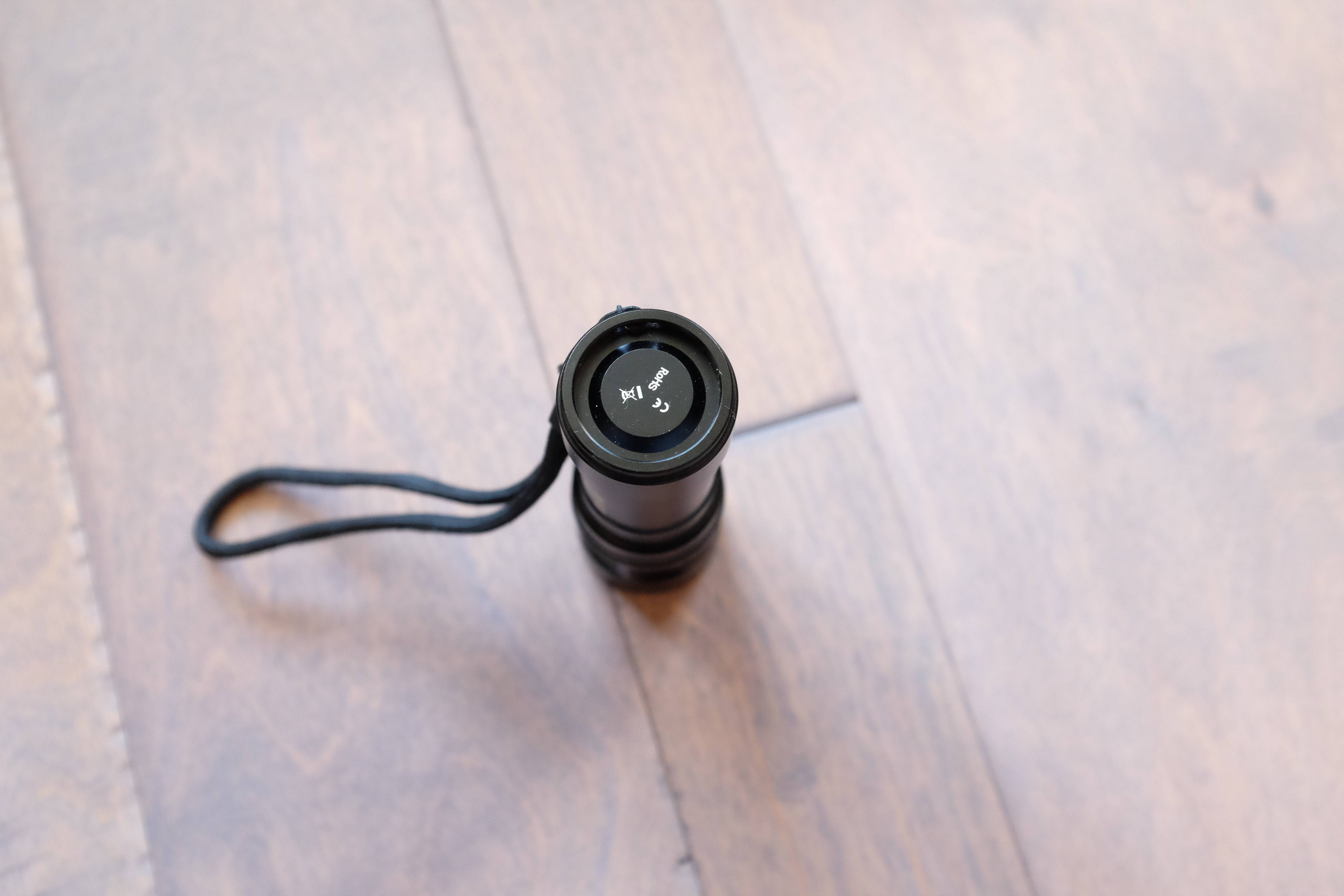 It’s massive, you cannot carry it in your pants pocket. It’s a cargo pants pocket light. I literally made a section just to say that. I do not like the size of it for anything other than leaving it on a flat surface somewhere to grab when I need it. And I am terrified I’ll drop it on my toes, so I keep a wrist strap on it too. 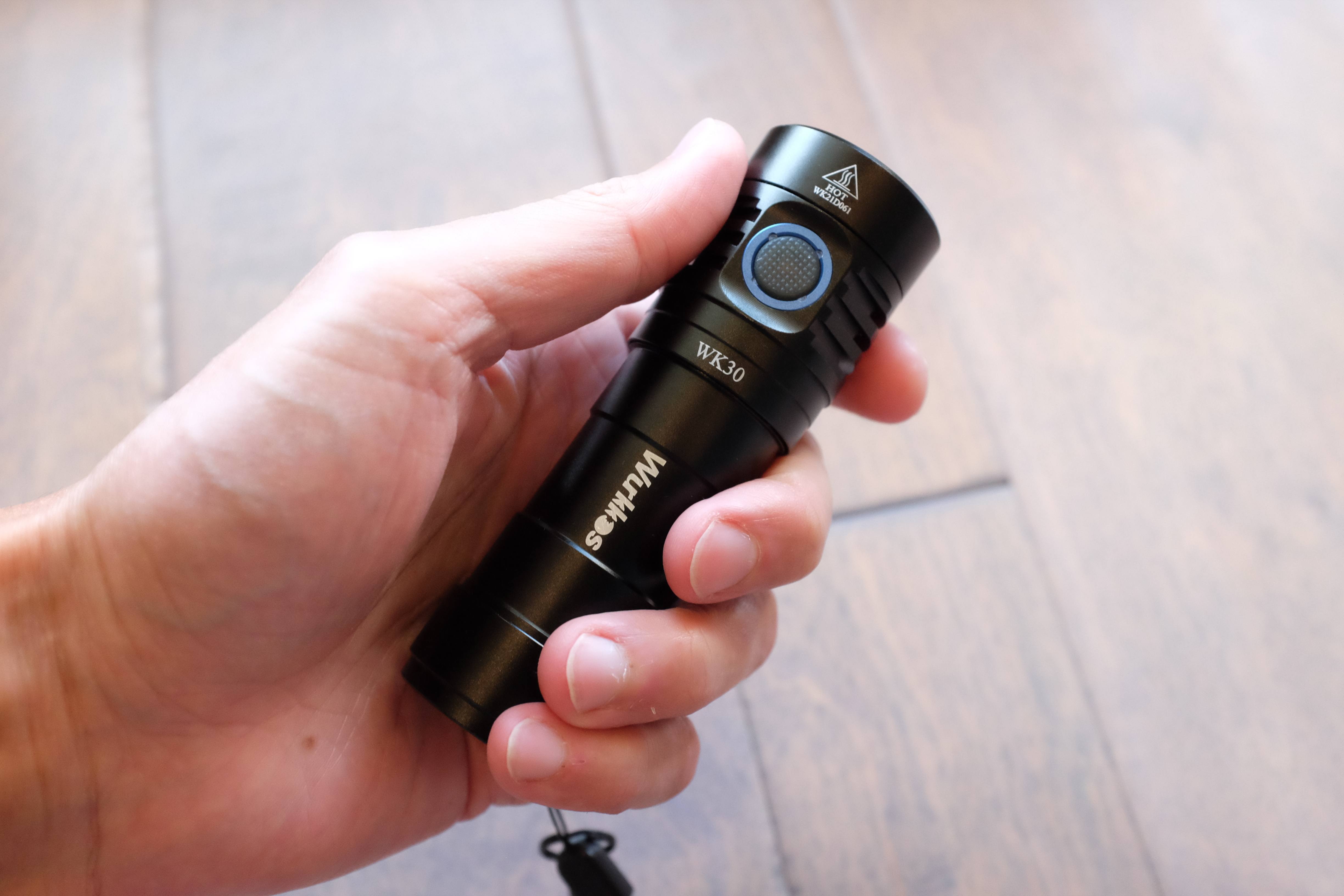 Ok, here’s how all of this works in practice:

It is dead simple, and yet it has one of the worst flashlight UI designs: hold to turn off.

No, you should hold to adjust and click to turn off which is not how this light works — to be clear. This is almost a deal breaker, but the utility is massive, so I forgive this light. But let me be clear: tap to turn off, not hold to turn off is the ideal. Because hold to turn of is a pain in the ass and completely breaks the user expectation of how something works. 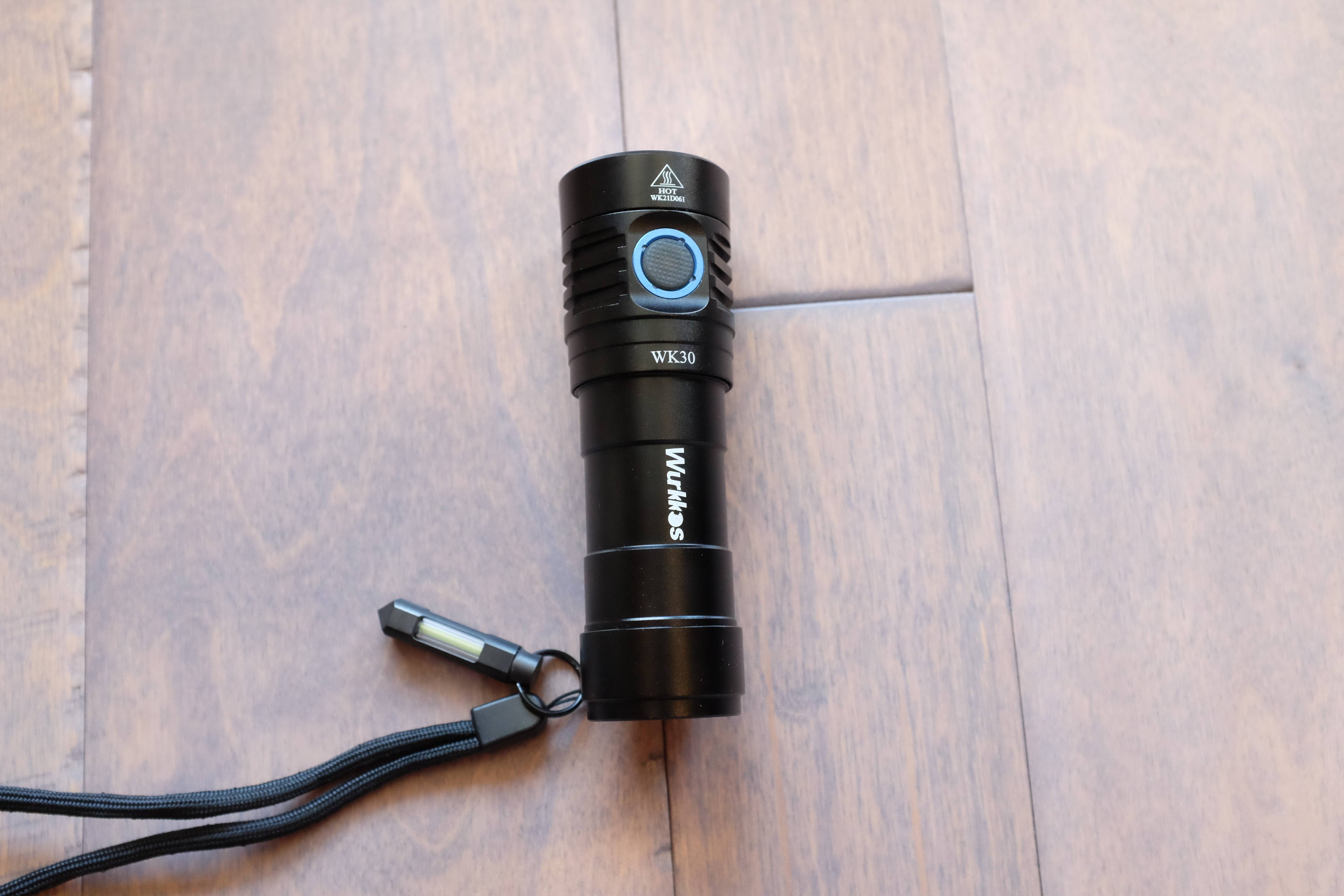 The biggest benefit I’ve had with this is the throw on the UV light, which is impressive — if you’ve been wanting a good UV light then this is the best I have right now. It’s great. That it also has a really good white LED and a solid red LED is just bonuses. I’ve only used it for small things here and there, but it is the light I keep next to the front door — great versatility. 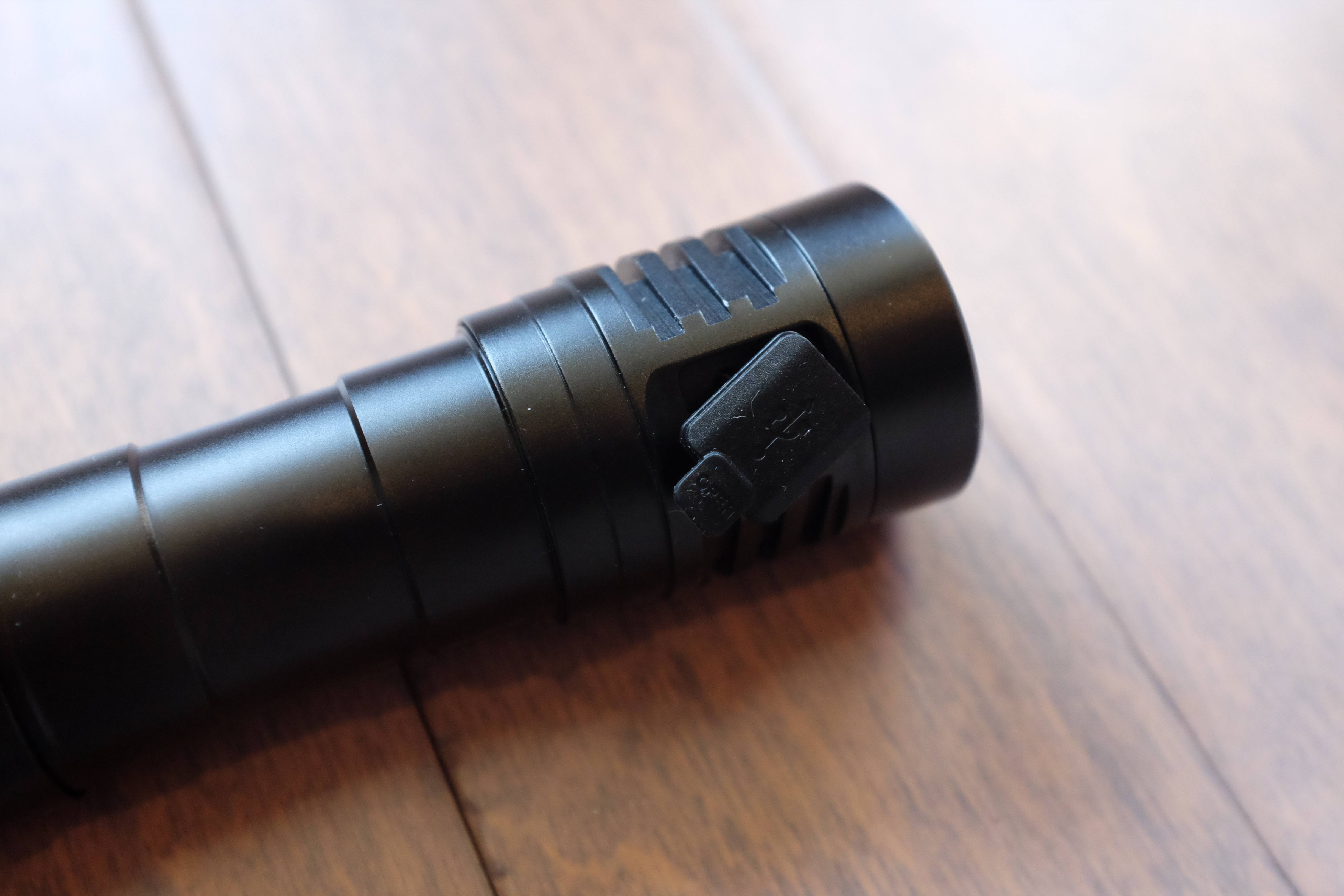 For about $40 you get a light ready to go out of the box. There’s’ nothing else you need, and it’s all three lights which are useful. It’s a great deal, but it’s a light that stays at home in one spot. It should have USB-C charging and fix the way you turn off the light — but those are minor complaints given the low cost overall and the stellar white LED choice.