This light is my pick for a great budget light that is well made and can do a lot without needing you to go out and buy batteries and chargers.

My first go with Wurrkos in the FC11 went well — it was a good enough light that I felt I couldn’t just toss it aside in an emergency bag as I had intended to do. Because of this, I’ve been keeping my eye on what Wurkkos is doing: they make budget lights, but they are well made and use nice LEDs in many of them. The TS21 might be the epitome of all of this: it is a fantastic, even before you consider the low price. 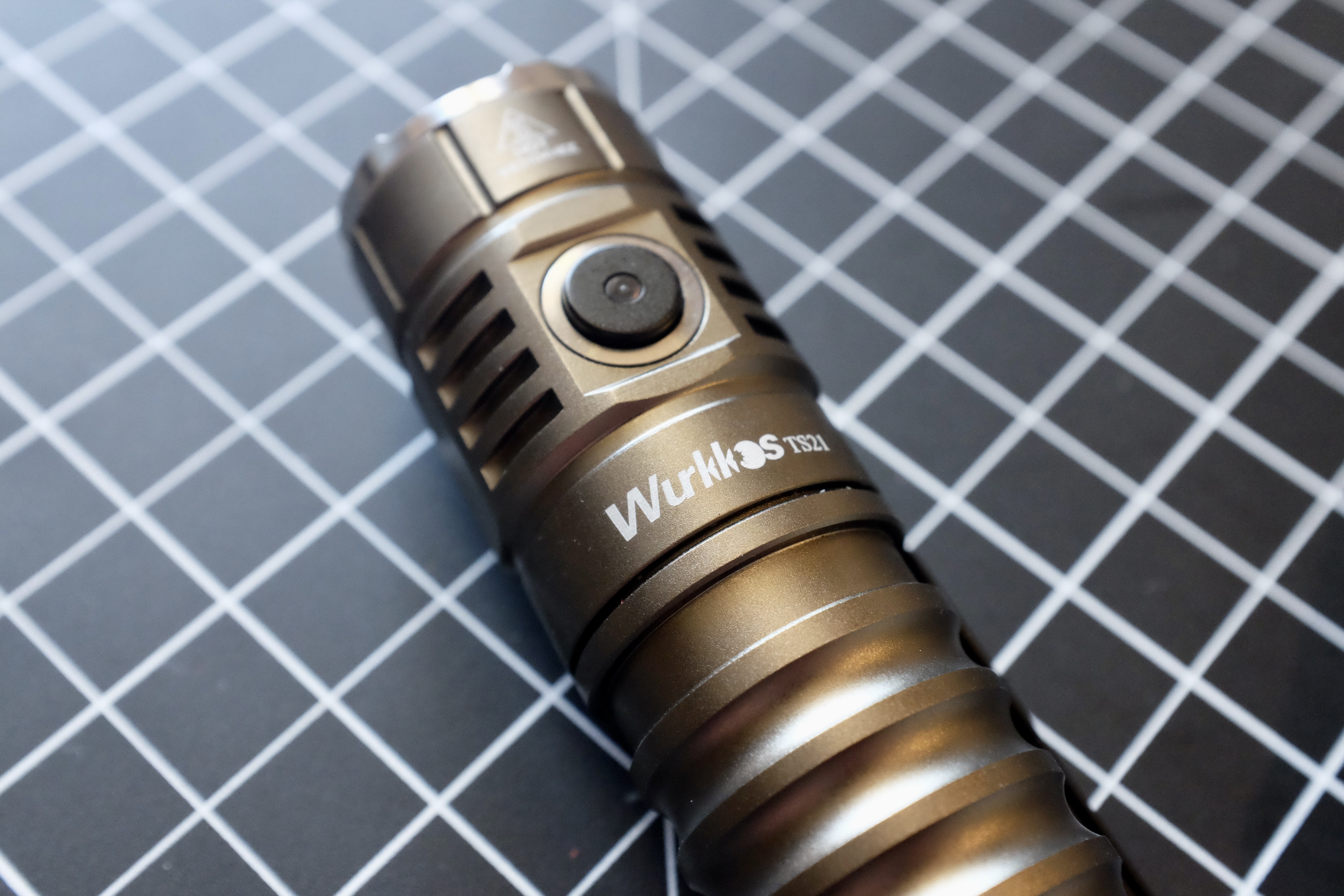 Ok, so the TS12 is a 21700 light, which is generally the type of light that comes out comically large, and almost too big to carry anywhere. However this 21700 isn’t bad at all, if you buy the battery from Wurkkos you should be getting a 5000mAh 21700 battery — tons of runtime in this. 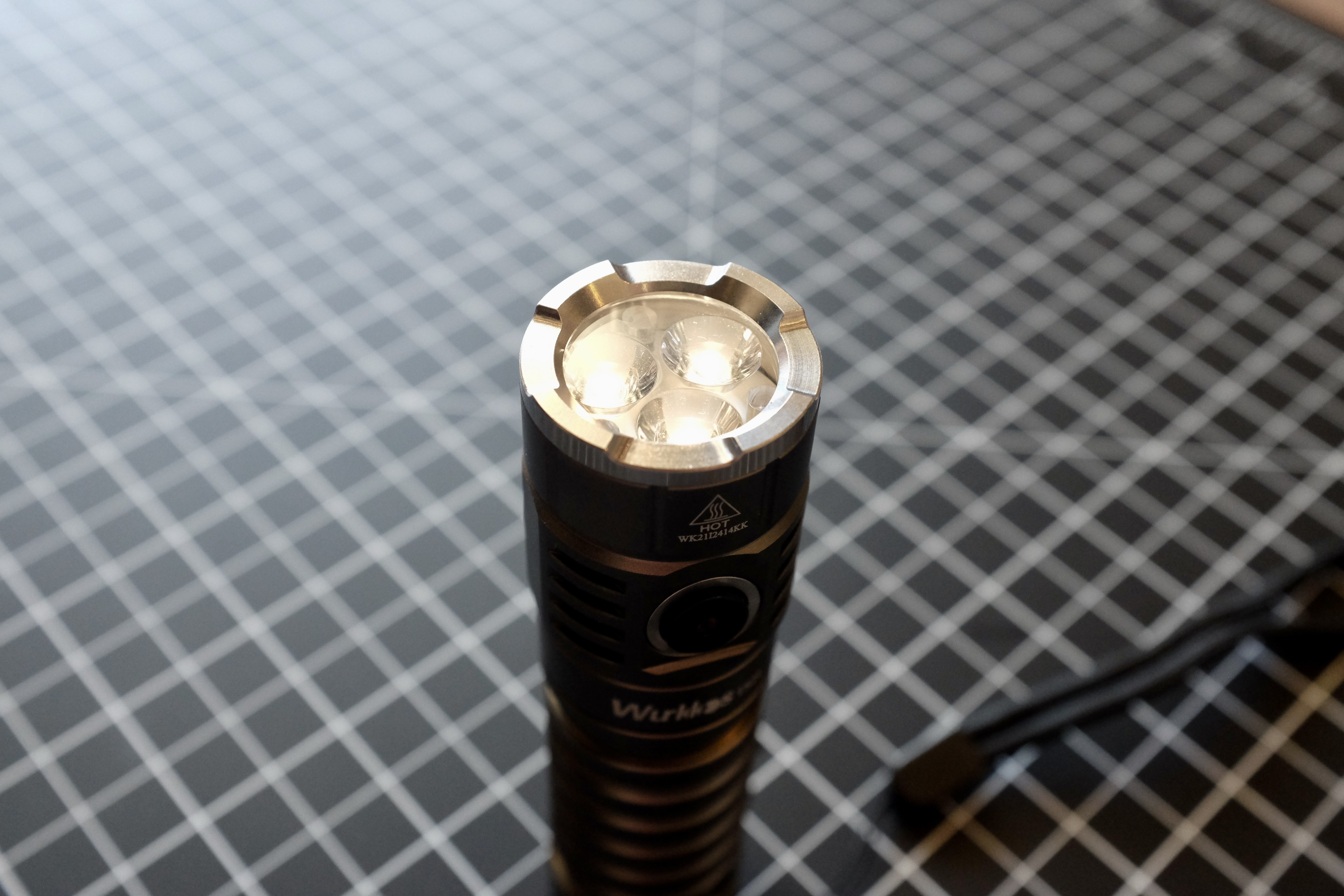 There are three SST-20 LED options, but we should focus on the best one: 4000k, which I believe (but is unstated) is the 95CRI variety as testing it against others I have shows zero difference. Which means you have one of my favorite LEDs in a really inexpensive package. 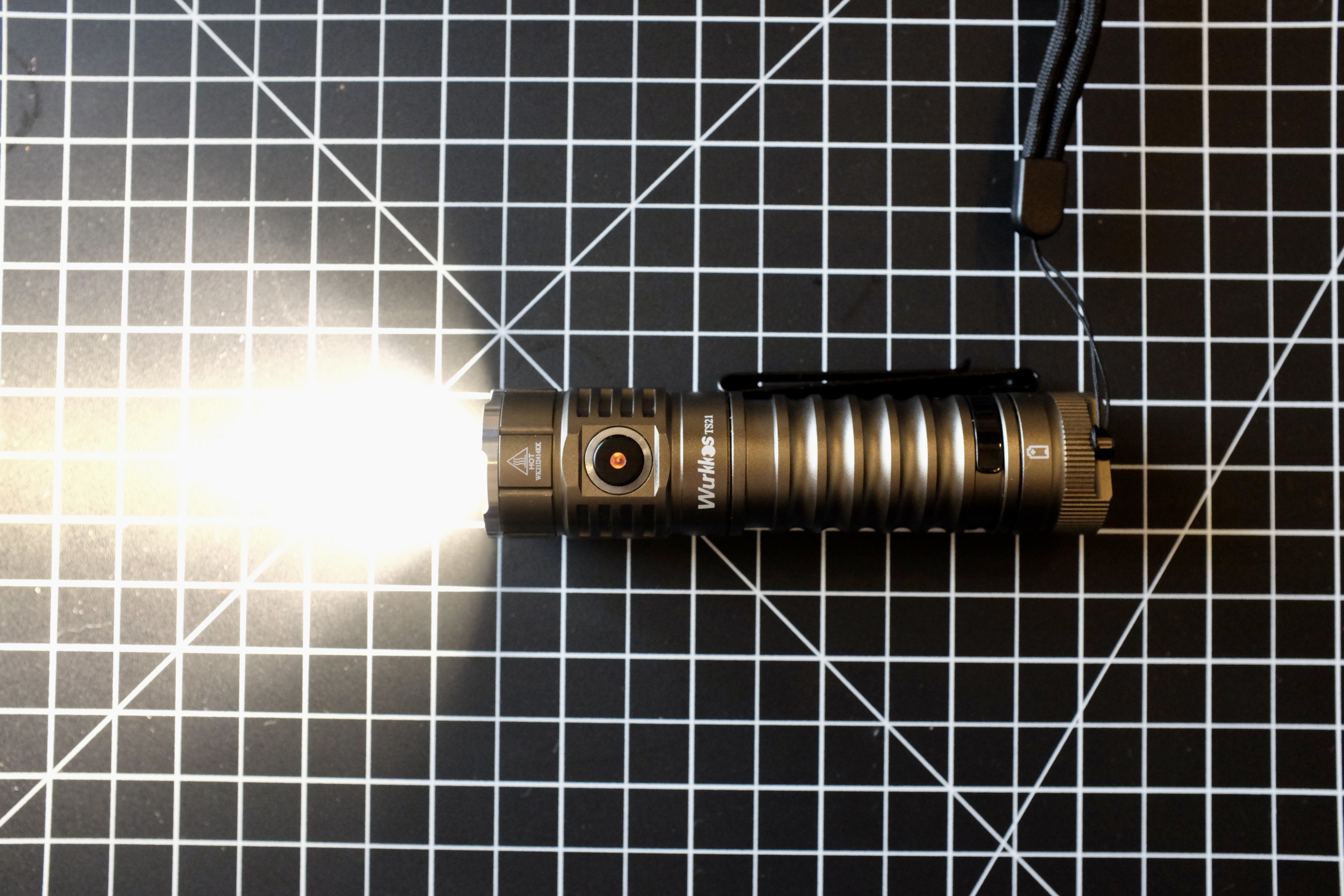 The light is setup to run these in a narrow spot style clear optic. If you are familiar with the SST-20 at 4000k then you know what you get here, if not it’s an under appreciated LED with a very high CRI. I won’t say it is my favorite, but it’s a very good LED and is increasingly found in the lower cost lights which is a win for everyone.

As I mentioned, this is a 21700 light which means it’s heavy. It’s not too heavy, but it is heavy and at it feels dense because the light is really packed into a small package overall. Even given that, it gets an IPX-8 rating with a 1 meter drop rating which is pretty good generally. 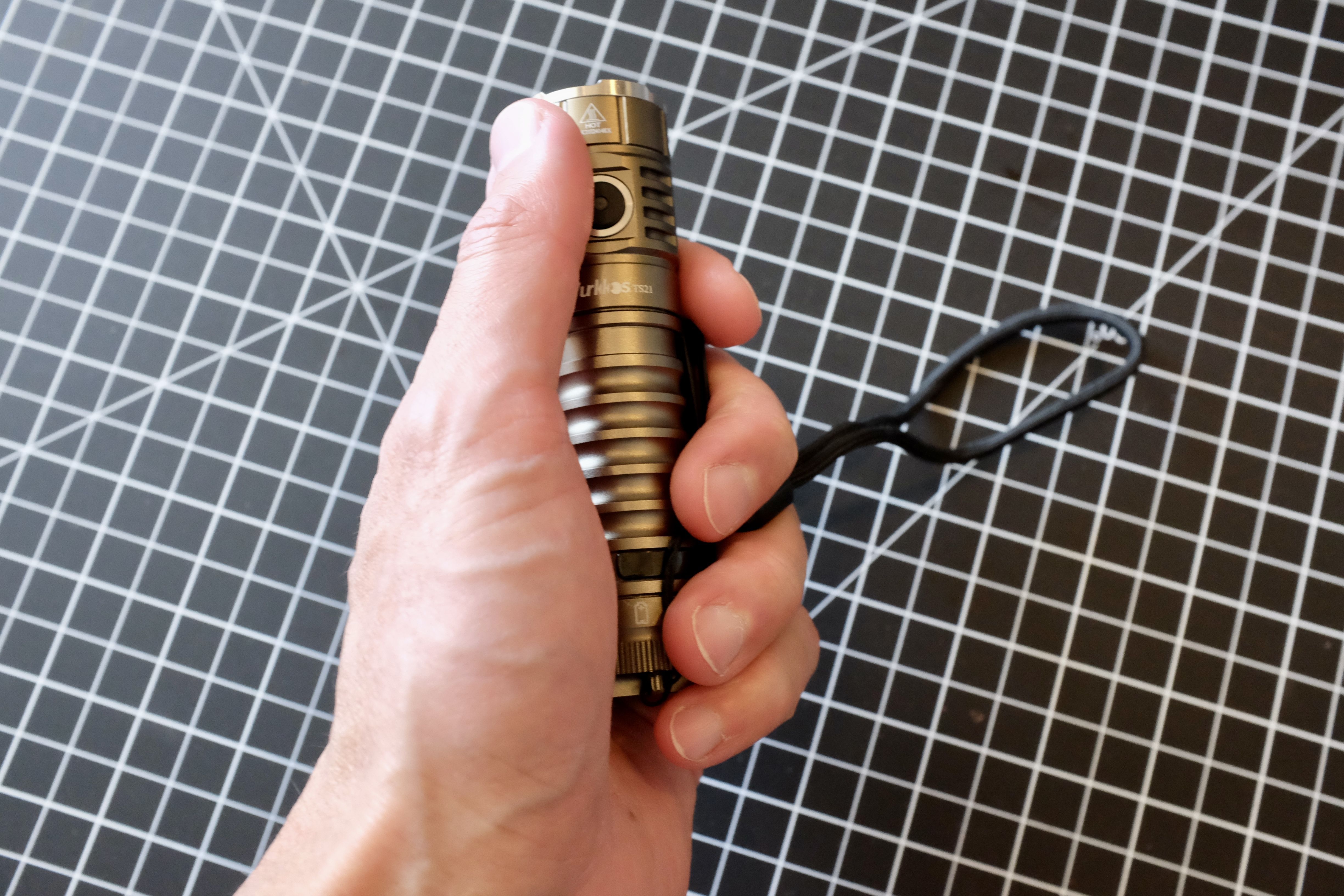 There’s a couple of headline features with this light: Anduril 2 and USB-C charging with powerbank functionality. Anduril is one of the only name brand (if you will) flashlight control systems you are going to come across. With just one button you get control of a mountain of custom options, and so far, it is an easier system to customize than any other I have come across. Two stand out features which really work well for this light:

The other big headliner for this light is the USB-C charging stuff. So many enthusiast lights I talk about require to you BYOB (Bring Your Own Battery) but Wurkkos will sell this with the battery and you won’t even need a charger as the light has built in USB-C charging. And to top that off, you can use it as a powerbank for your phone if needed. One of Anker’s most popular power banks is 5000mAh itself, which is the same capacity you have here. Awesome. 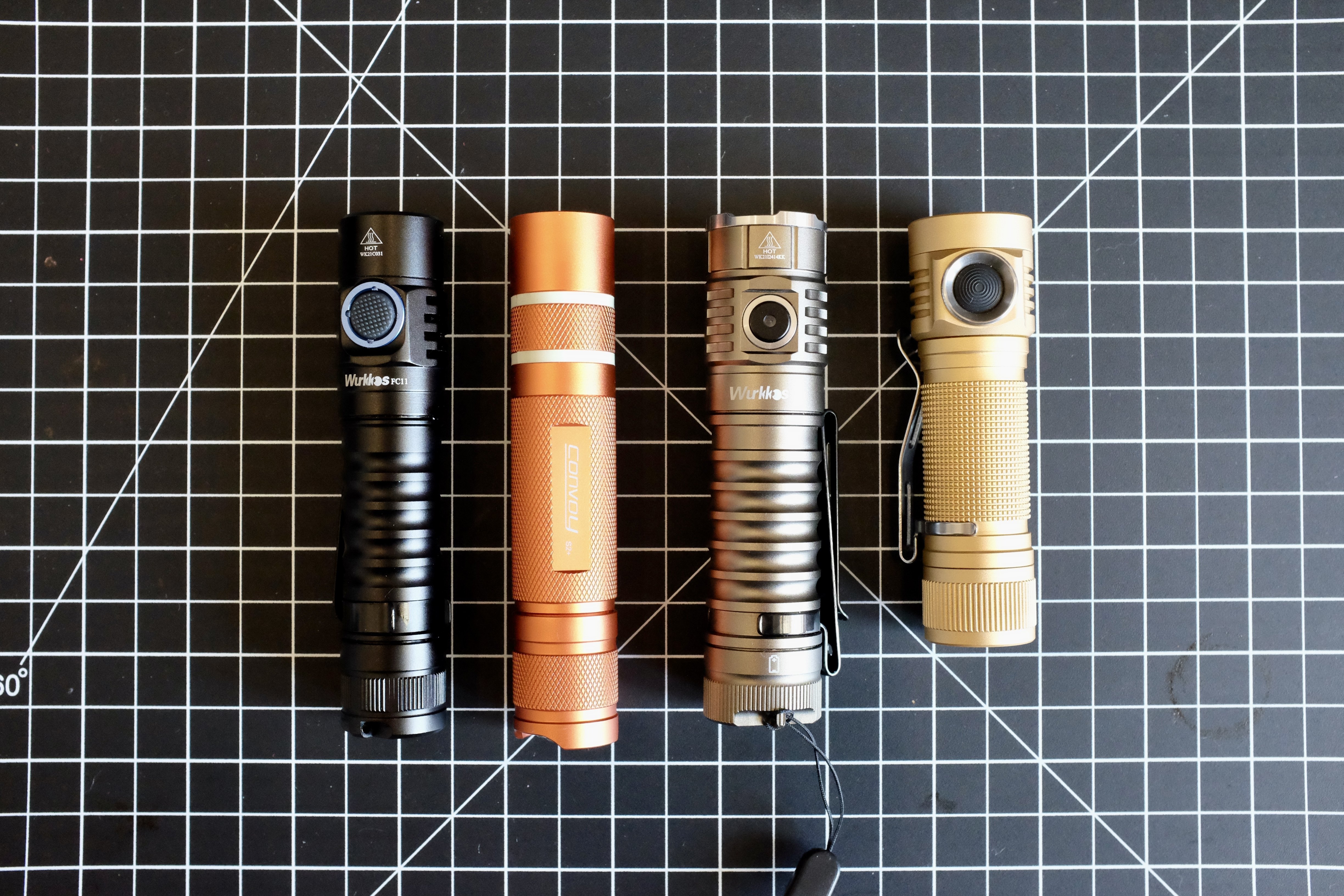 Neither of those are the winning features of this light for me. There are two that I think are left unspoken which are the sleeper hits on this light:

Using the light is akin to almost every other Anduril light, so it’s fairly easy to use after you are using to it, and there’s not a lot to complain about. It has a good balanced beam shape, and is very comfortable in hand. It’s bulky and heavy to carry in a pocket, so keep that in mind as this is more of a shelf light, than a carry light. 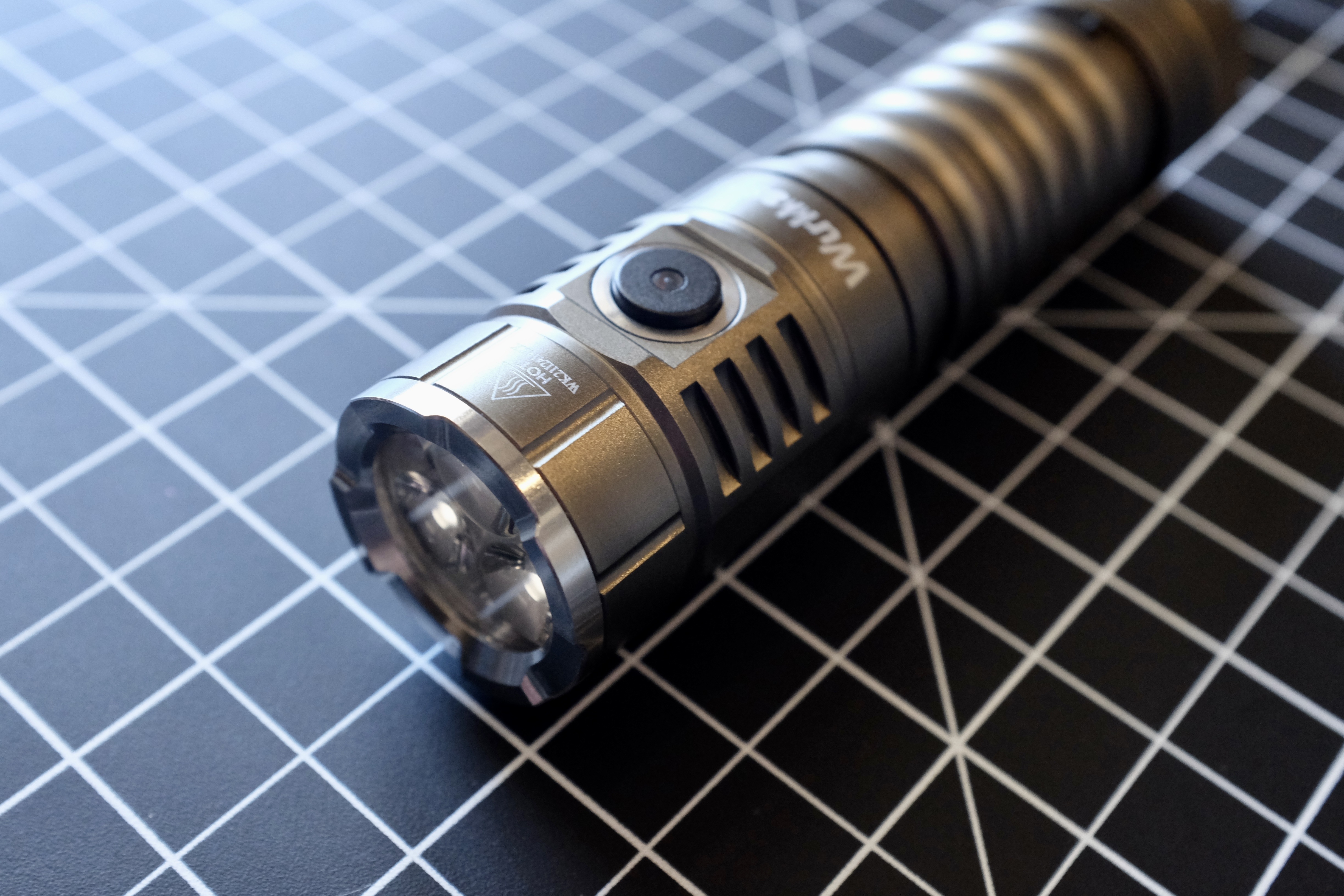 The other thing that pushes it to not be a carry in the pocket light, is the exposed switch, which I’ve found to be easily activated (use that lockout). It’s easy to use with gloves on, but that ease means that I’ve found the light on quite a few times when I wasn’t intending it to be on. Add to that a a pocket clip that looks poorly finished and, well carry it in your hand when you need it, set it down somewhere else when you aren’t using it. 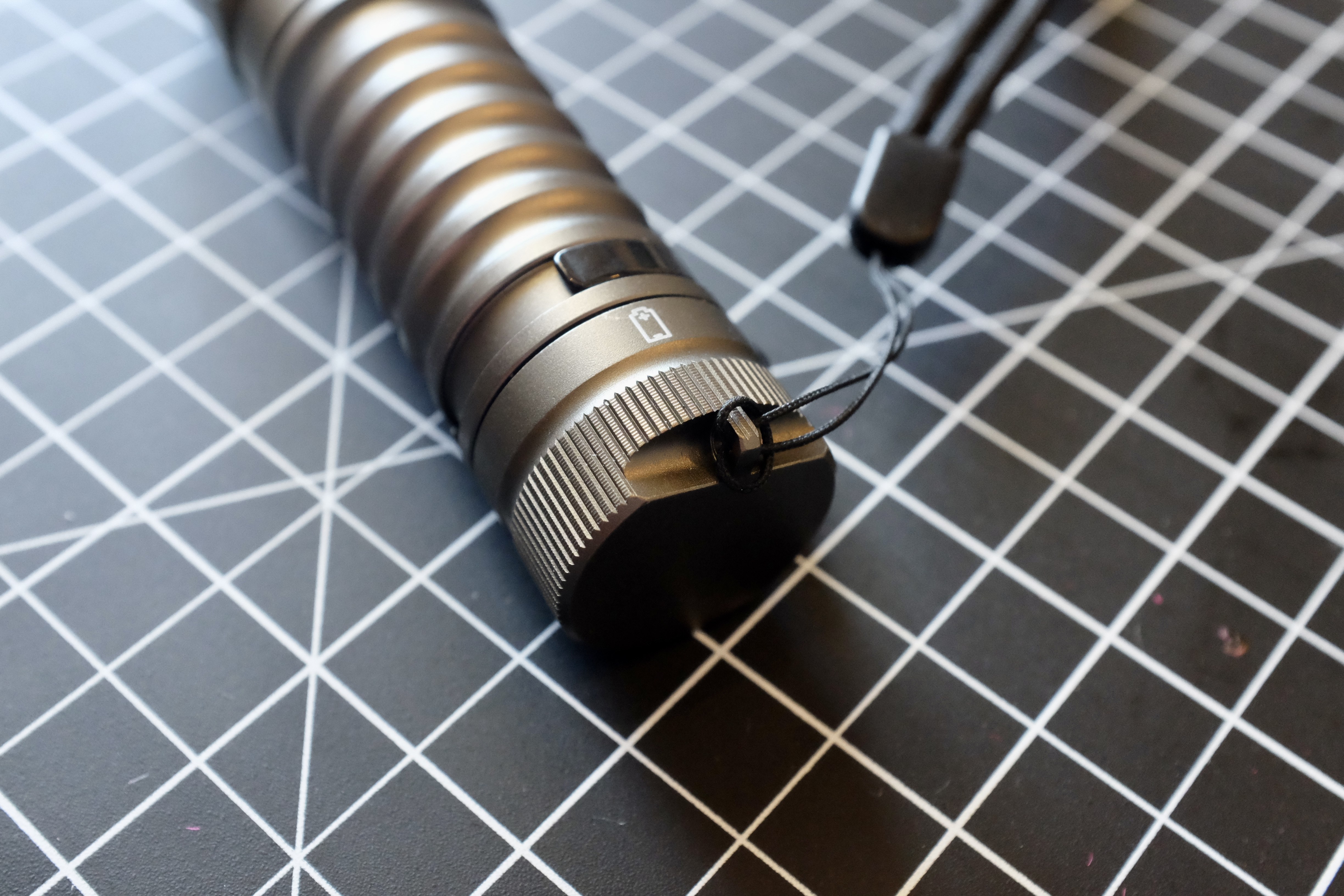 (Side note: I would expect to lose that USB-C cover at some point, it doesn’t sit very flush at all. Also the tailcap is magnetic if you care about that sort of thing.)

At $50-ish dollars with a battery, sometimes on sale for nearly half that, the value on this is strong. It’s a great LED, a long running battery and no charger needed. This light actually stays in the top drawer of my nightstand, as a light I know I can easily find in the light or dark, and which will be all around useable for anything that comes up.

I really like this as a great light to expose yourself to Anduril and some nice LEDs to boot. Recommended. 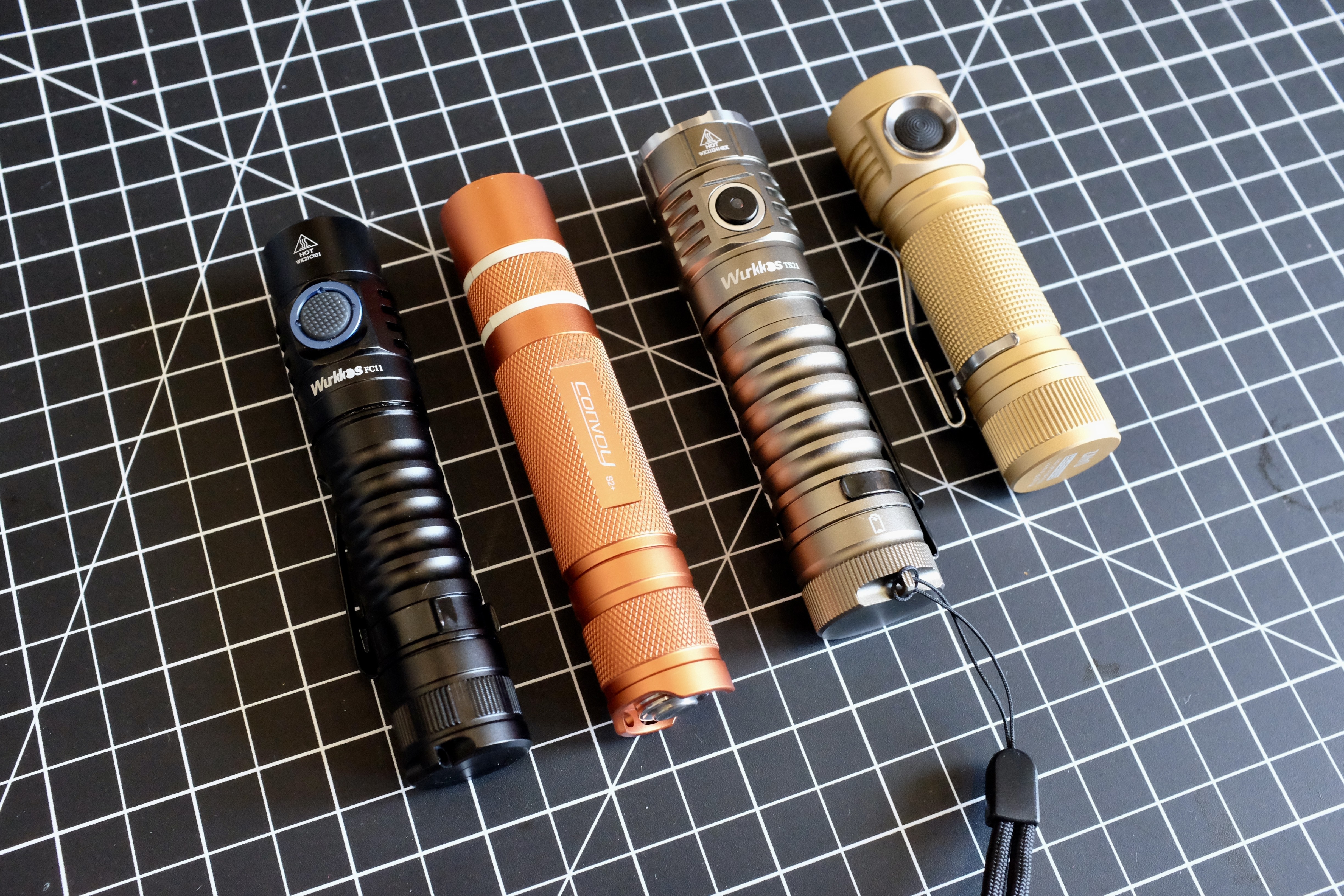