A few people might notice in some pictures of my flashlights that there’s spots of a green-white-yellow colored thing in different spots. This is the Glow Tape — which is a roll of glow in the dark tape. It’s really great stuff, and has an unreal amount of glow from just a little bit of light and a little bit of the tape itself.

You need this, but in case you need more convincing for $8, here’s how I use it. 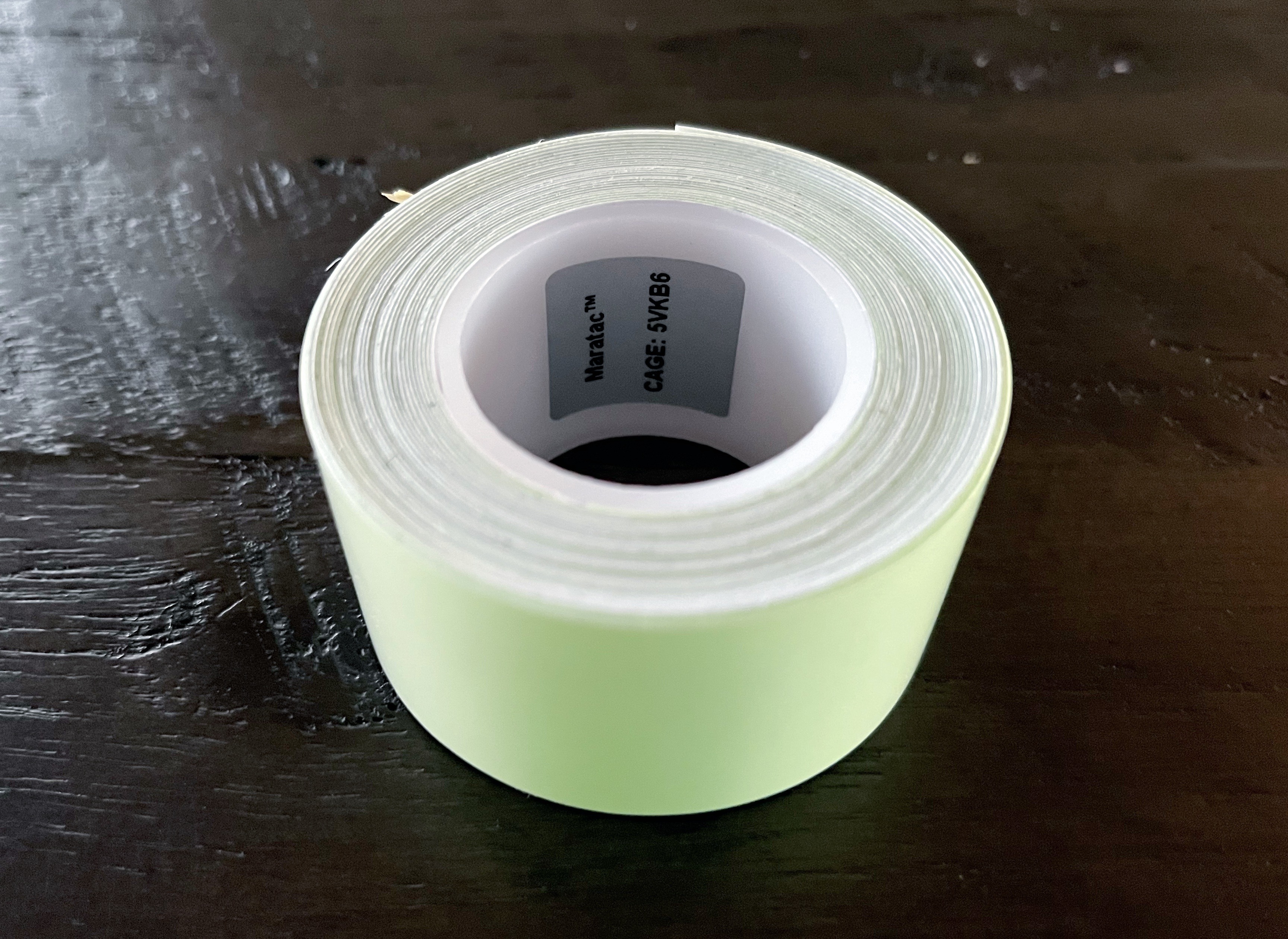 I initially bought this to solve a singular issue: I wanted to use my HDS lights next to the bed, tritium is generally too bright, but the lights were impossible for me to find at 5am when it’s pitch black in the room. To resolve this, I wanted to add some subtle glow properties to the light.

What I found in this tape is that it really glows. I keep a 3mm strip of this run as a ring around the inside of the bezel on my HDS Rotary. 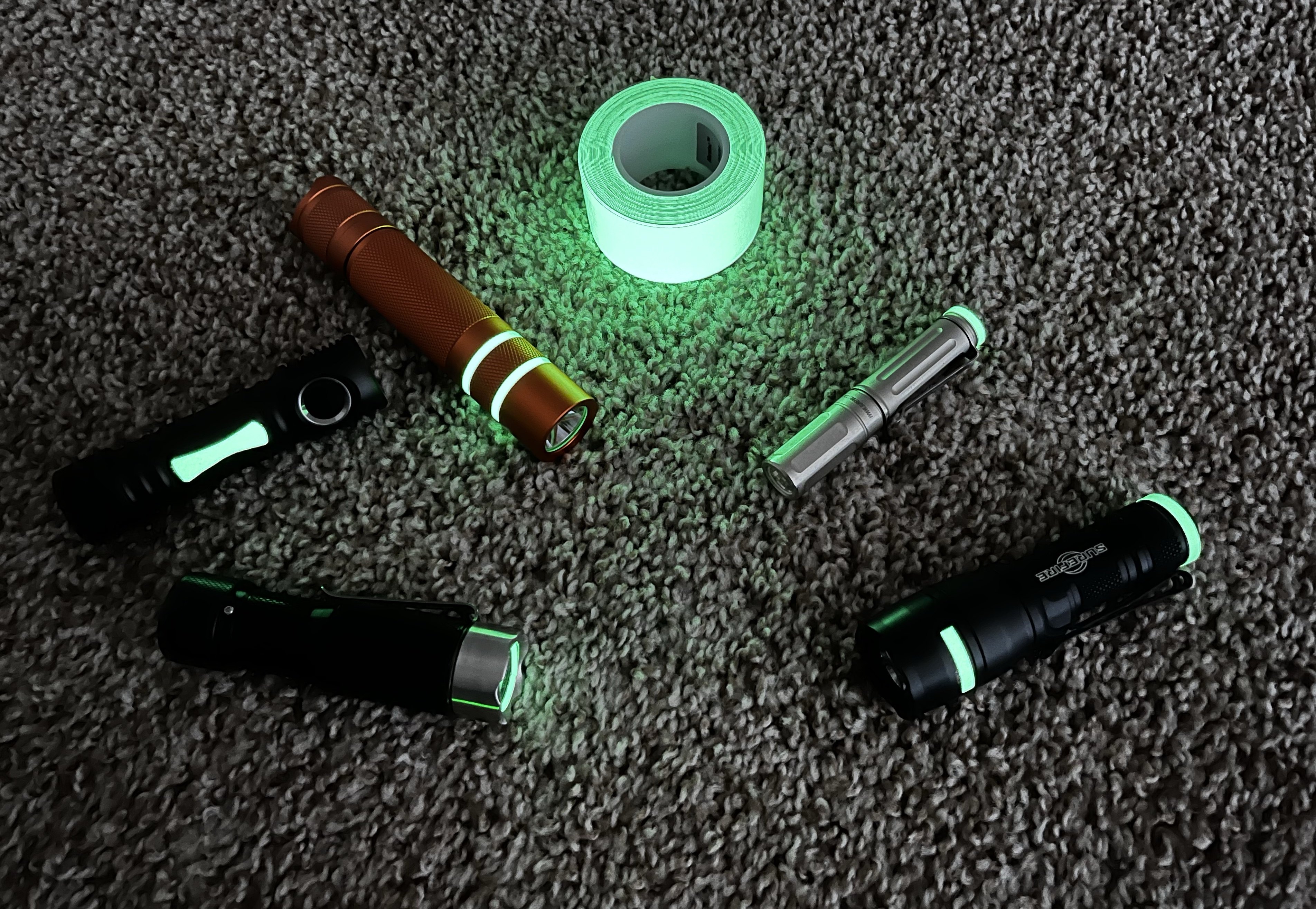 If I run the light on high for 20 seconds, it has enough charge that I can still see/locate the light at 5am (charging at 10pm). That’s all I need, but it’s also quite impressive — in fact on some lights I have had to remove the tape and put on less, as the glow was simply too bright for me.

I’ve since started to use this tape in more areas:

There are downsides to the tape. Not only can it be quite bright if you use too much, but it’s a little tricky to cut curves cleanly on it. And more than that: you have to charge it. So if you take the battery case by way of example, that stays in a dark closet. It’s not likely to be glowing when I need it, but shining a flashlight on high anywhere near the tape, will kick off the glow. That’s the benefit here: locating it without constantly needing to have a light going. 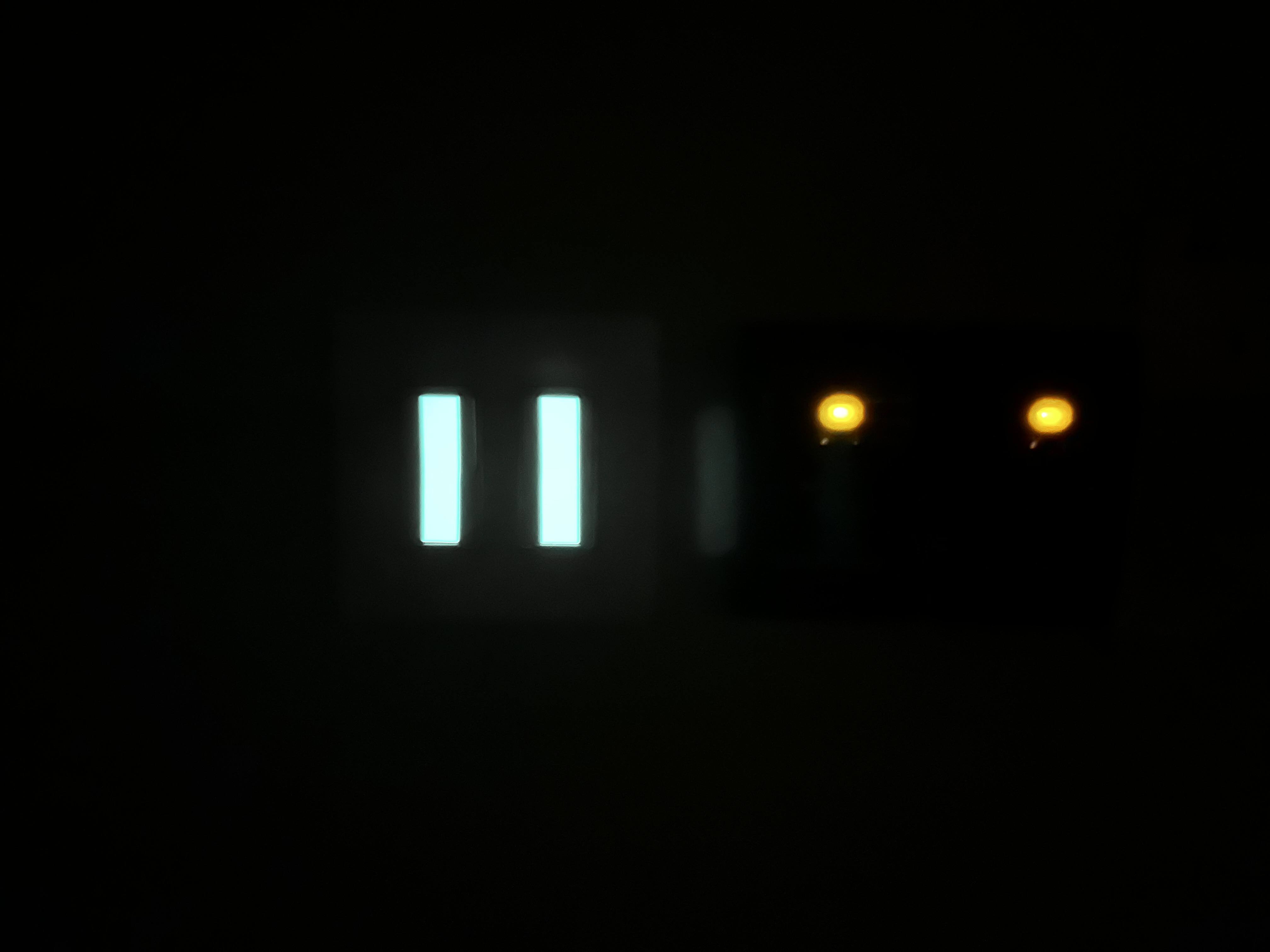 For other things like the light switches, they tend to get enough light that they have reasonable glow for me whenever I have gone to use them. The adhesion is not a downside: I’ve been happy with it in all instances, even in spots where I was sure it wouldn’t last long. The stuff really stays put, which is quite impressive when you consider how thin some of the strips above are.

I am a huge fan of this tape. It’s fantastic and the one roll is still going for me. I’ll always have some on hand, I recommend it.