This is an amazing looking and feeling light, but the clever UI leaves a lot to be desired if you want to use the light for light.

Once I got more into the flashlights, it was a near certainty I would end up with a BOSS 35 from Oveready — it was more a matter of when. This light is sexy, expensive, and neat. There’s a lot about this light, and most of it is nuanced to love, but I am convinced this light is all show, very little ‘go’ if you will.

So read on to find out why… 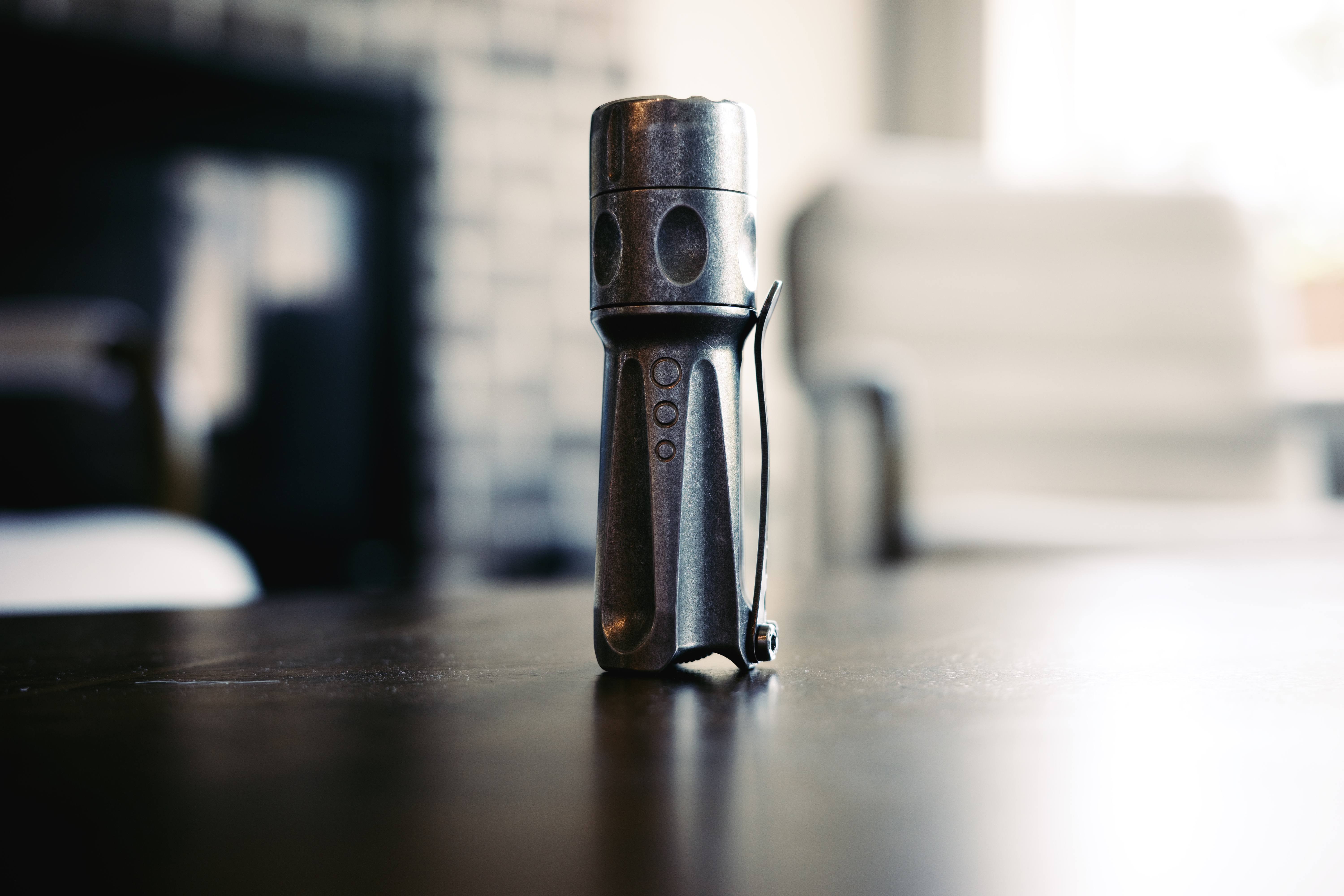 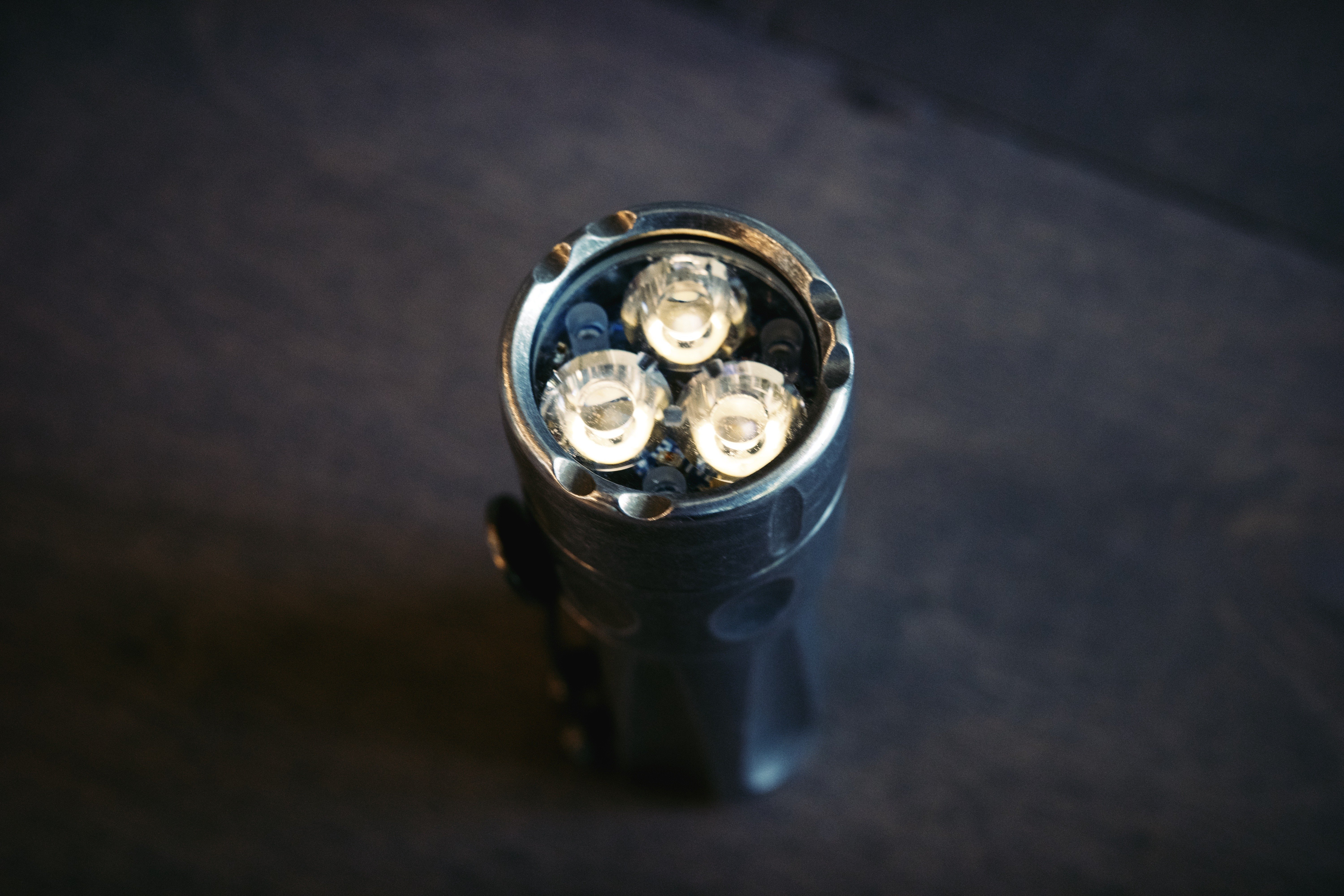 In addition, the BOSS offers an auxiliary light color, and here this light has been configured with a red auxiliary light. Generally speaking, the way to look at this light output is that it is pretty damned bright. Whether using the AUX or the main emitters, it’s a very bright light. 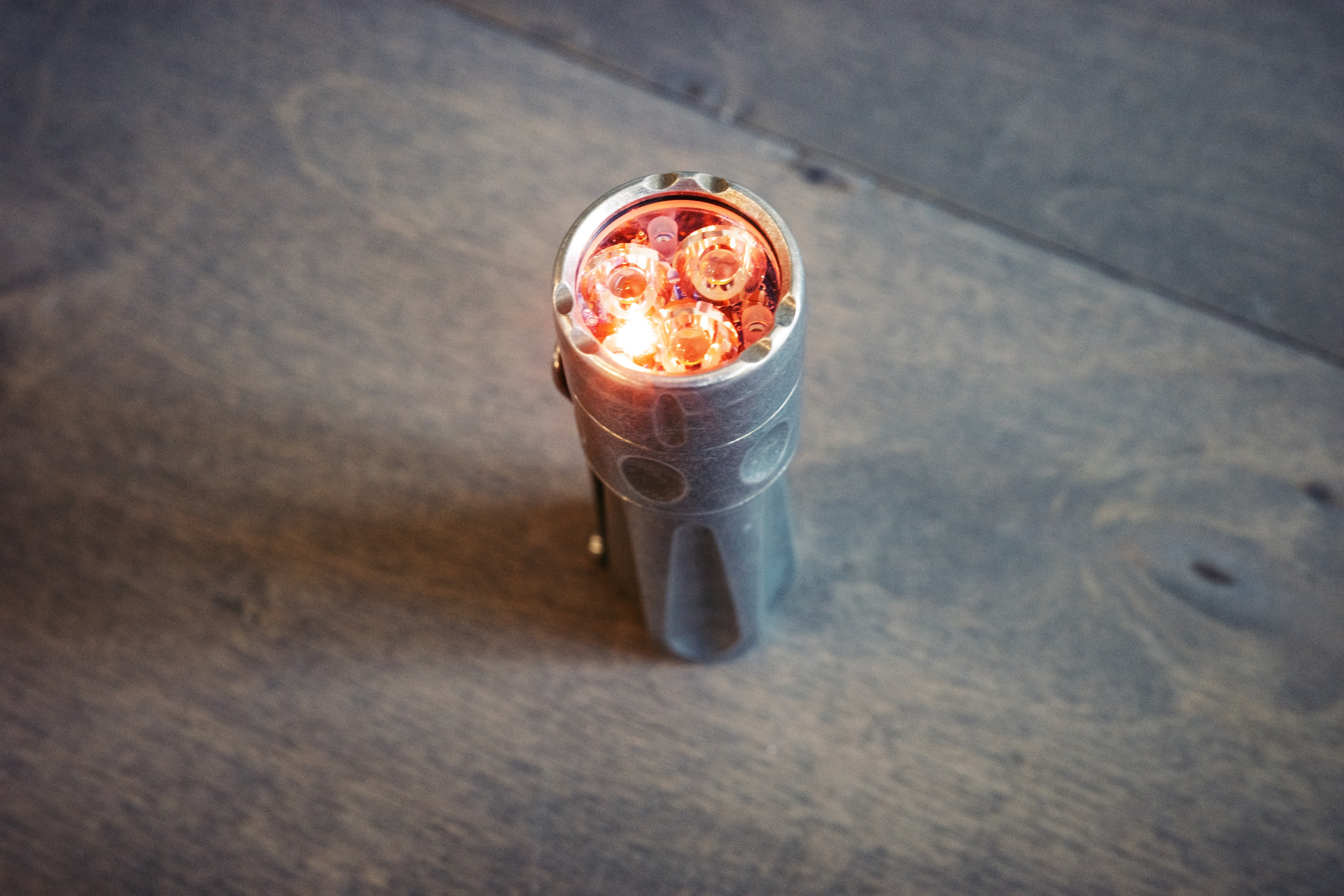 I honestly thought I would hate the XPL 4000k choice, but I find it to be perfectly fine. It’s not what I would choose given all the other options out there, but I find them mostly inoffensive, and unless you are comparing them directly to a high-CRI light, they are fine. Yeah, fine is the right word. 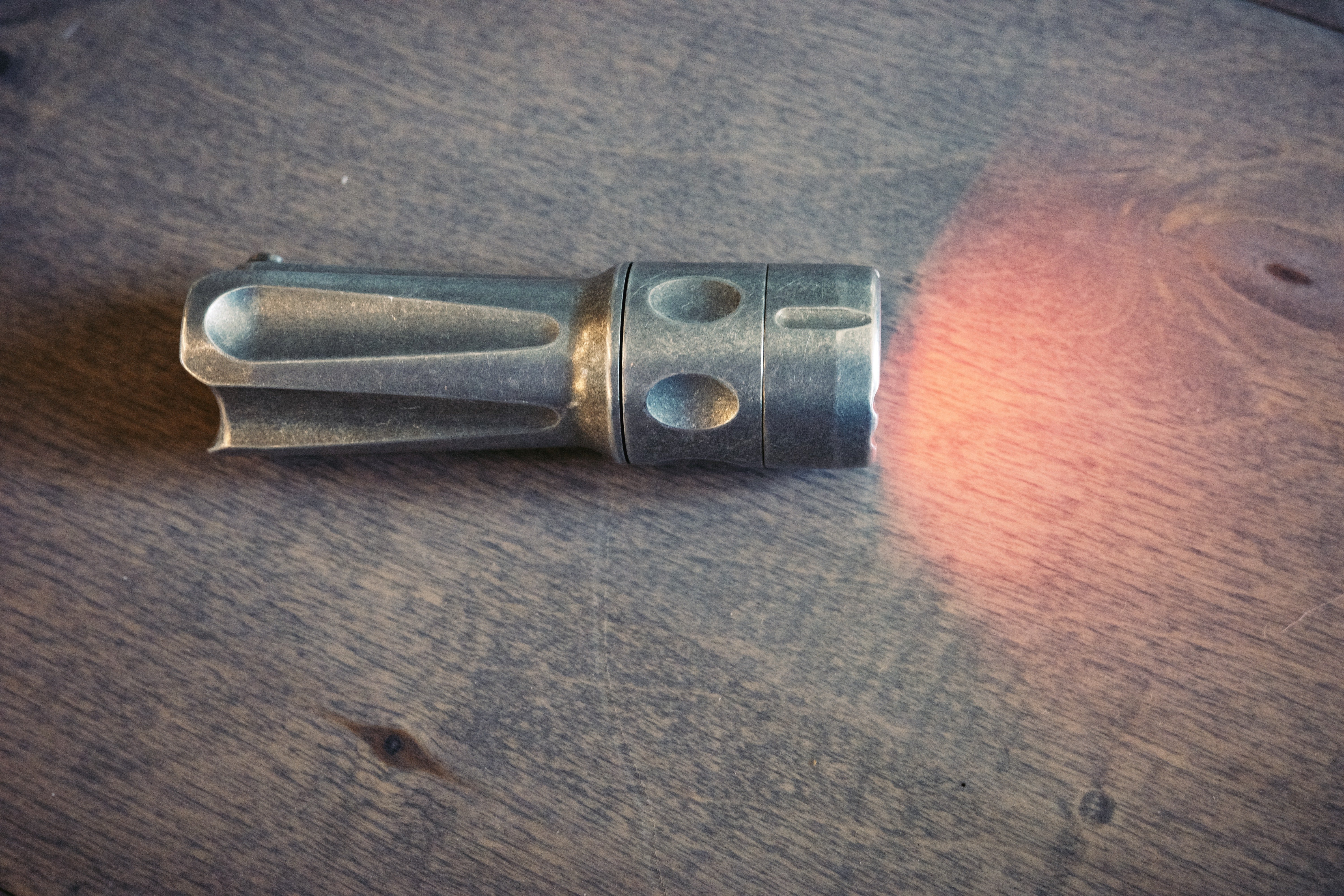 Ok, so first you should know a couple things about this light: 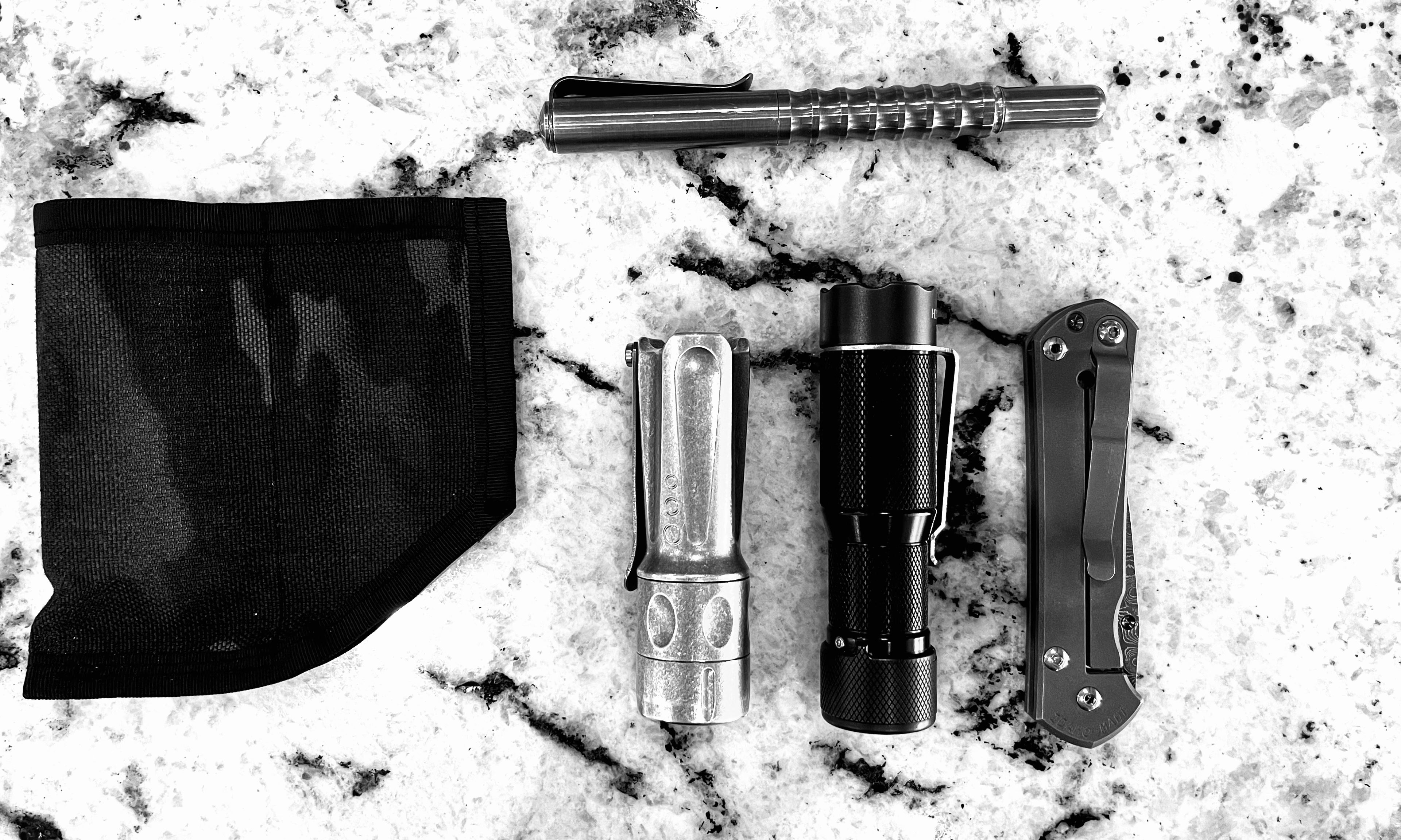 Ok, so having said that, I want to focus specifically on the UI and how it felt to use this light. And the summary of that is that I don’t like the UI of this light, and I think it kind of sucks to use the BOSS as a flashlight generally. I highly suspect I am in the minority of this opinion, based on all the positive commentary I have seen about this light, so here’s my reasoning: 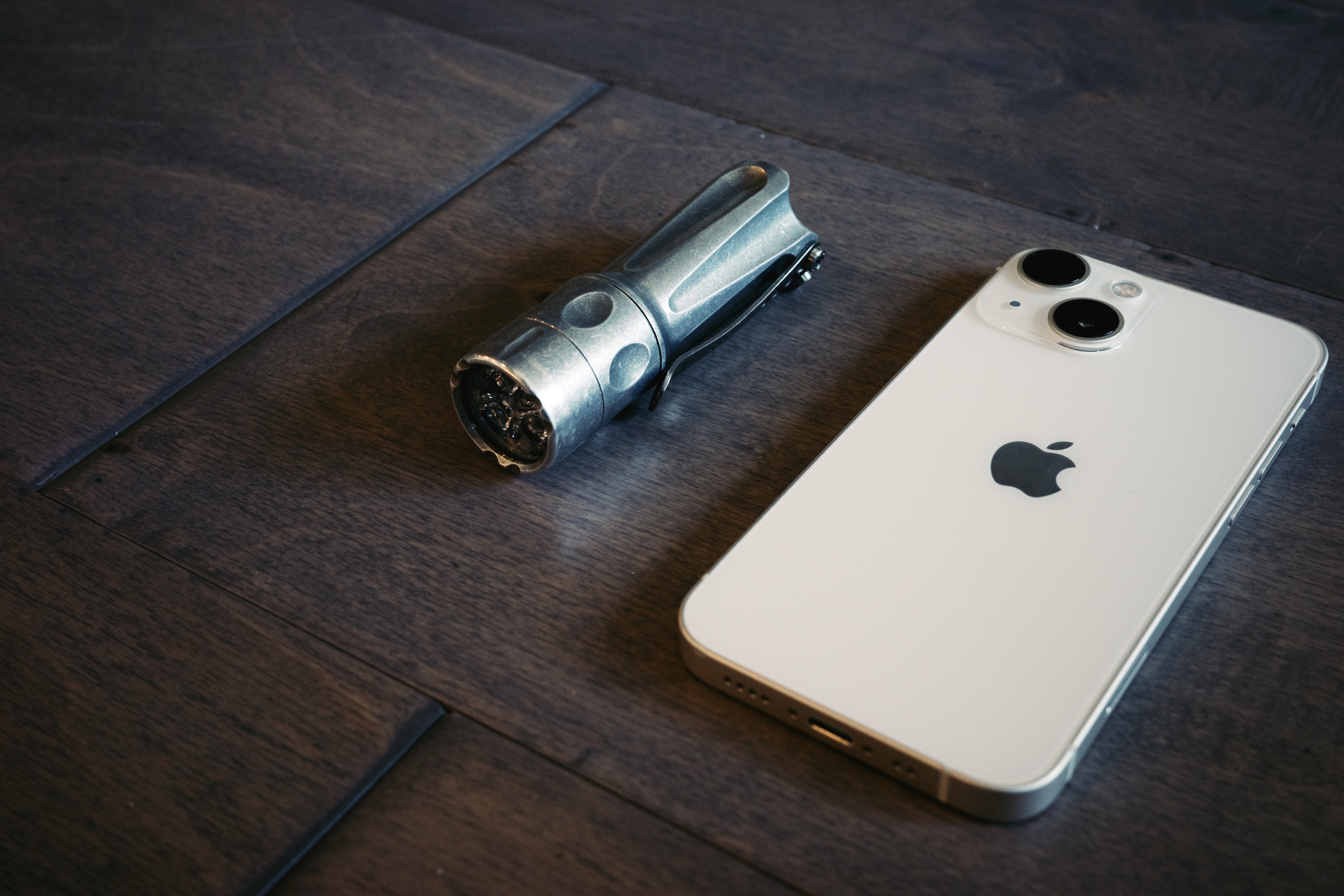 That’s my issue with this light: for such a wiz-bang programming setup, it’s oddly devoid of the truly custom options that I want. All of the output options are effectively too bright for being able to use the light to not stub my toe while letting my wife sleep in the same room. The AUX has one mode, and it’s insanely bright, not even that useful generally. I turned it off in most of my modes, and I typically love a good red light output. 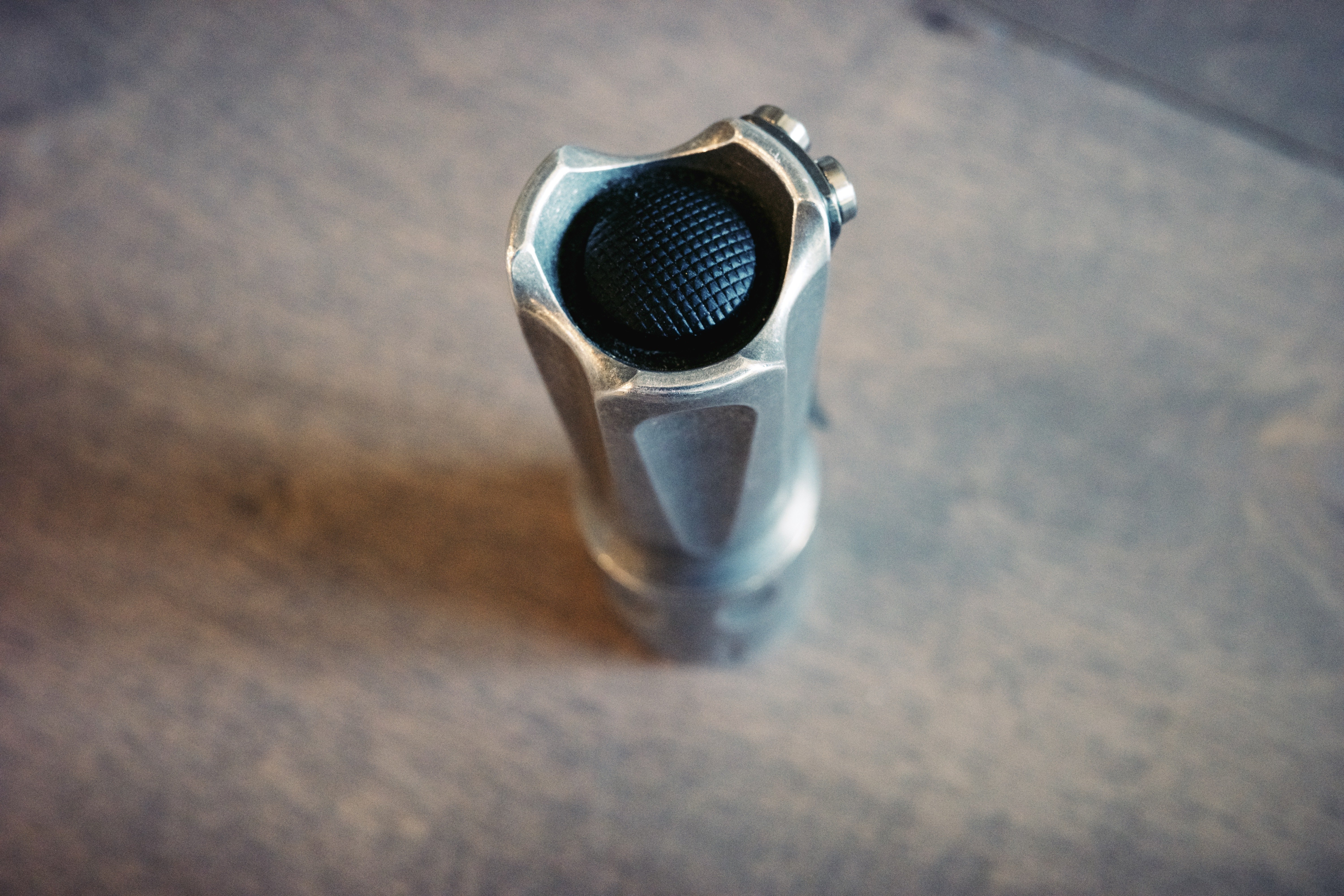 Ok, yes, the output on high is really good. But flawed. Flawed because when you want to use the light at a useable (mid-high) output in the daytime, the light heats up so fasts that it becomes something you don’t want to be holding, or to put back in your pocket, quite quickly. At about 70% output mode in the configurator, I get about 45 seconds of use before I find the light becoming too hot and I need/want to stop using it, but can’t put it in my pocket yet. 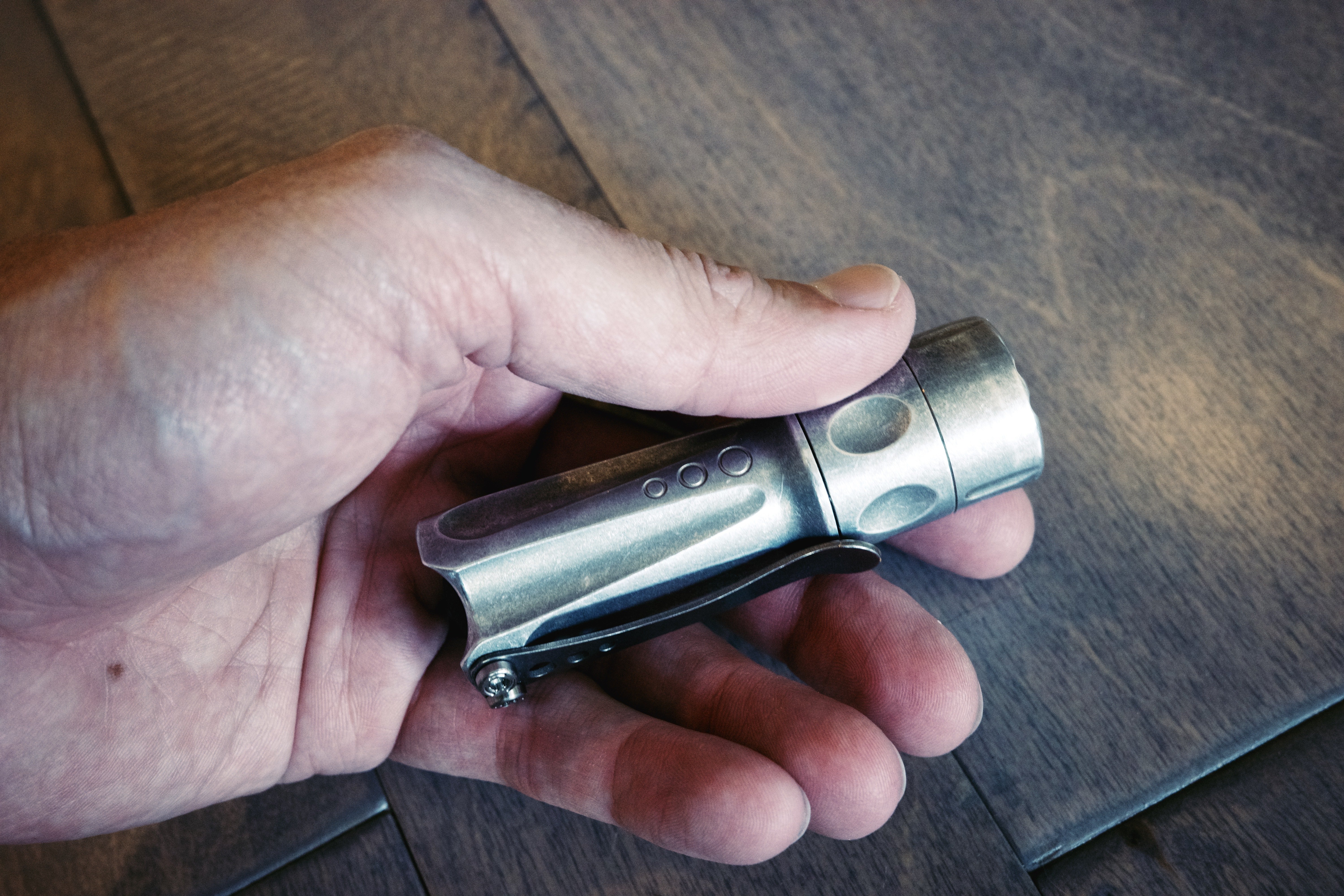 In fact, this is the only light I have tested where it consistently got too hot for me to want to keep using it, when I pulled out the light to use it. And that’s not even running it super high, and also not doing something extreme with the light. Just searching around on dad-spider-hunting duties, or looking for a screw I dropped in the carpet — all of that lead me to put away the light and grab something which handles heat better. A D4V2 certainly gets hot, but it feels like a cool running light compared to this. 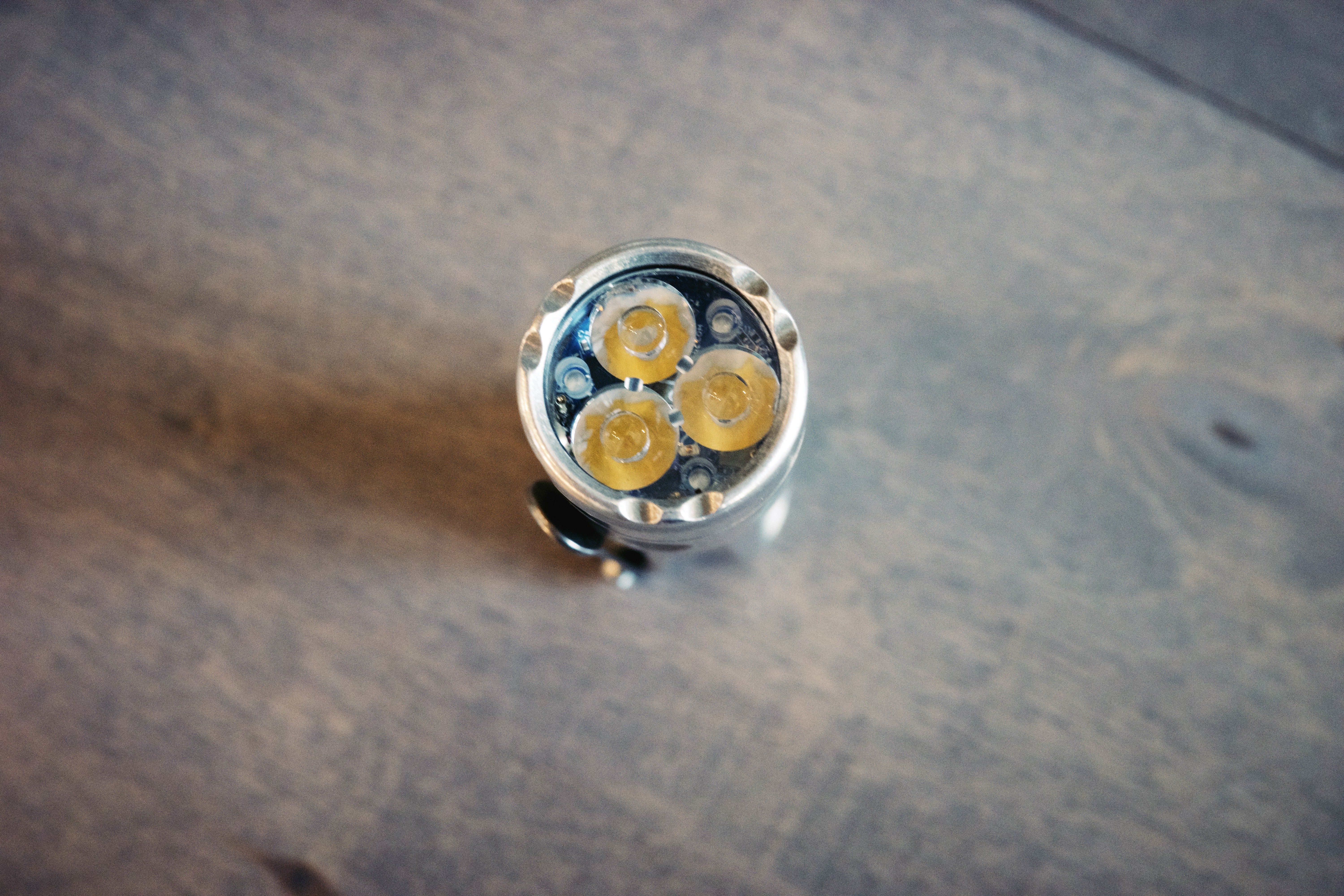 In short: I love how this UI is programmed, but the programming options are limited for people who like low outputs, and the light heats up fast for those who like high outputs. Leaving you in a weird middle ground which I find to be not overly useful.

Ok, BUT, this light looks fucking amazing. Carries even better. And feels even better in your hand than either of those. I cannot downplay any of those categories. 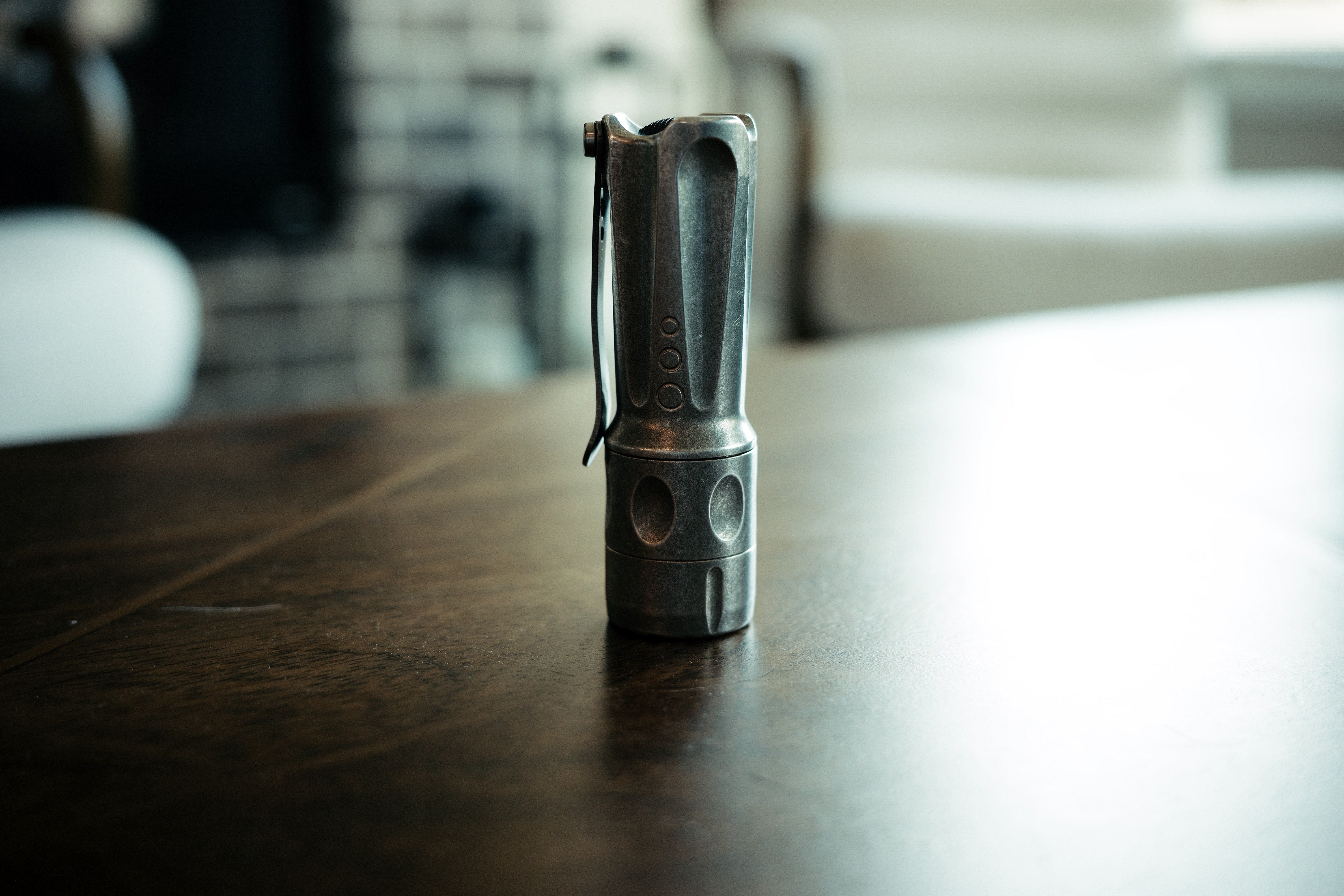 This light is the best looking light I have owned — it’s not even close.

In my pocket, this light is my favorite to carry. It packs a huge punch, and great runtimes from my 18350s, in what has to be one of the lightest packages for an 18350 light. It weighs nothing. And, the clip is fantastic — top notch — one of the best. This light clips securely, but slides in and out of your pocket like a dream. 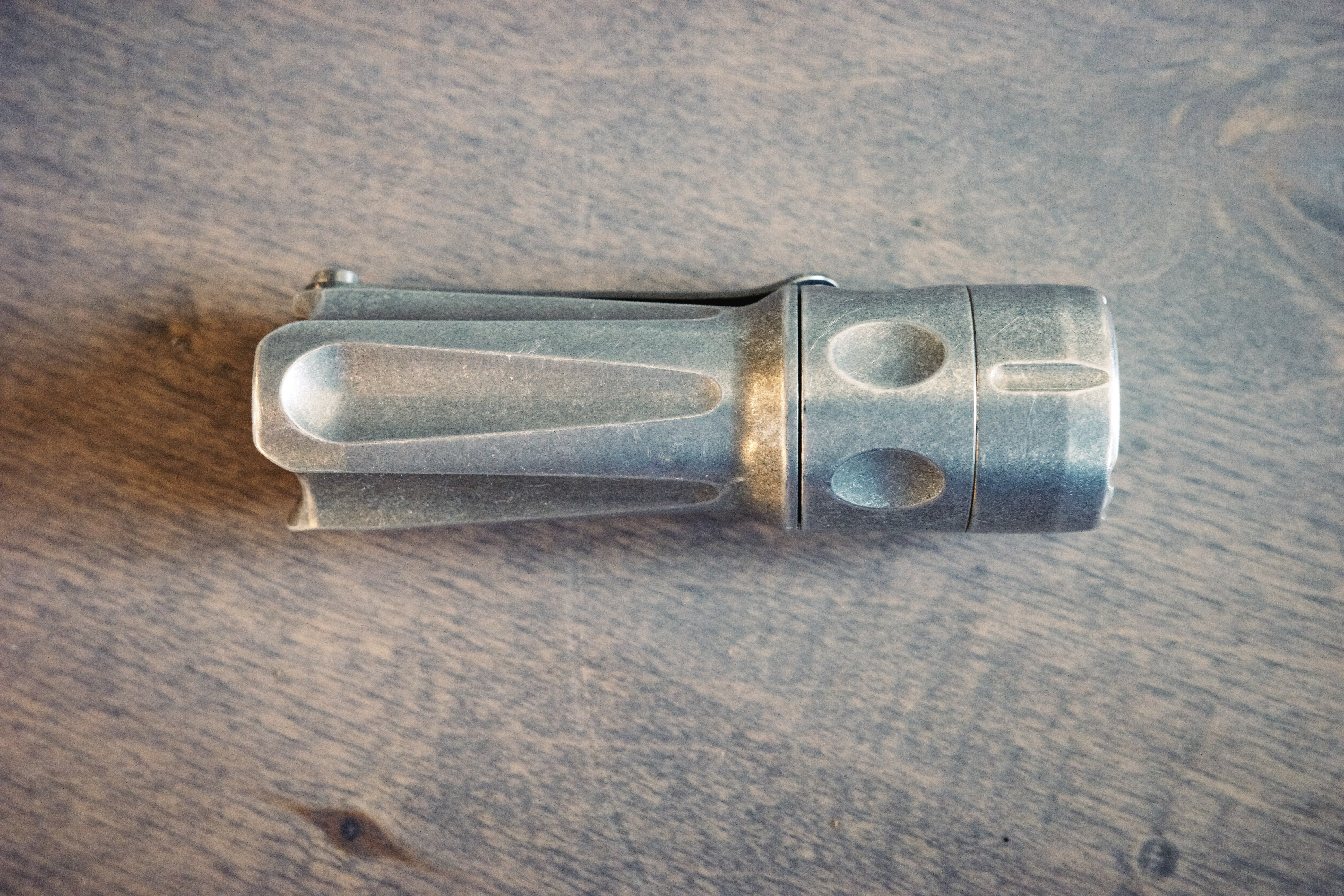 Then you put it in your hand. The finishing is so good, so smooth. It feels almost soft in your hand. There is not another light I enjoy holding in my hand as much as this one. I feel entirely silly writing that, but I know of no better way to put it: I love holding this light.

Give me this host with a better output set, we might need to ditch everything else. It’s that good looking/feeling/carrying.

I am not going to keep this (might be gone by the time you read this). For as great as this light is to hold, to carry, and to look at — I still use my lights all the time. And I really don’t like using this light. For this much money, the UI leaves a lot wanting, and for $100 the RRT01 Raptor has a leaps and bounds better UI and doesn’t heat up nearly as fast. 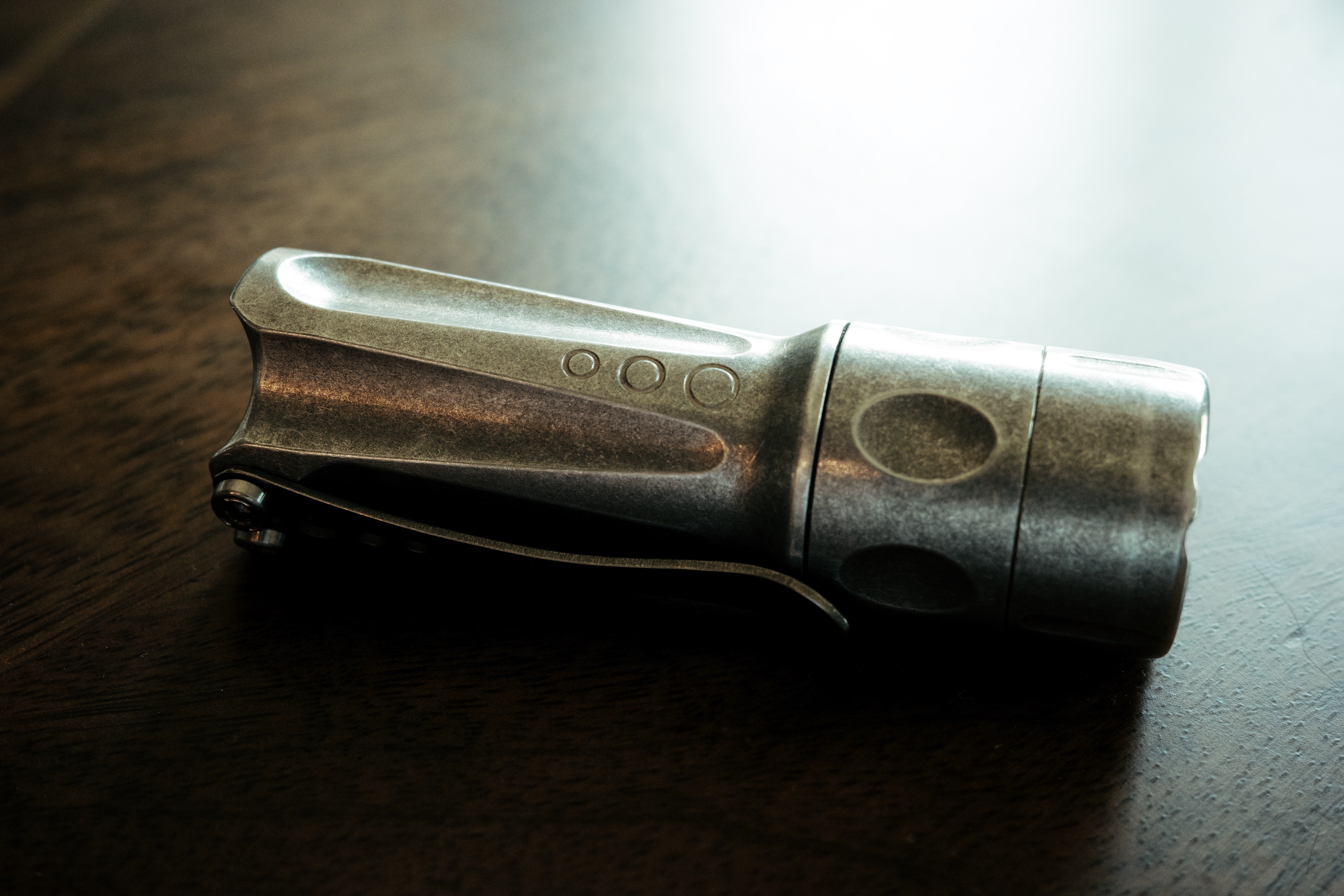 If you don’t use/need to turn on your lights that often, but you want something which nails everything else — BOSS 35. If you care more about your light being great to use (me) then this one doesn’t make the cut.

But you’ll want this light to make the cut, because the body of this thing is that good.