If we are being honest, this is probably the smartest watch buy on the market today.

I’m a huge fan of the GA2100 series of GSHOCKS — I am not alone as many people love these. At roughly $99 they offer tremendous value and stellar looks — they are perhaps the most wearable of the GSHOCK models too. So when I found out that Casio was coming out with a GAB2100, which adds a couple extras, I was pumped. At $150 this is still a stellar value, and attainable by many — it’s everything the GA2100 is, but better.

Just get one, or allow me to tell you more reasons to get one… 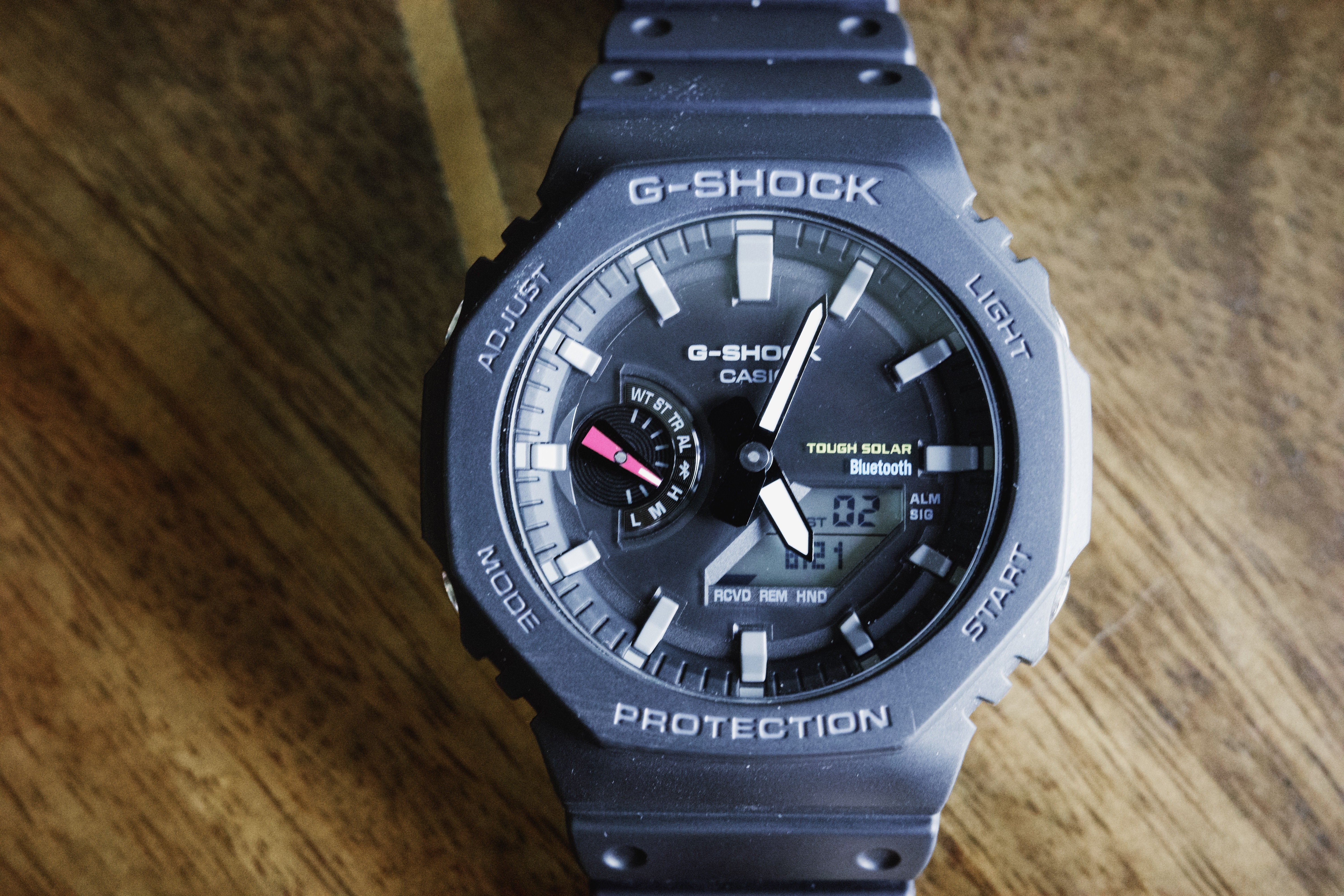 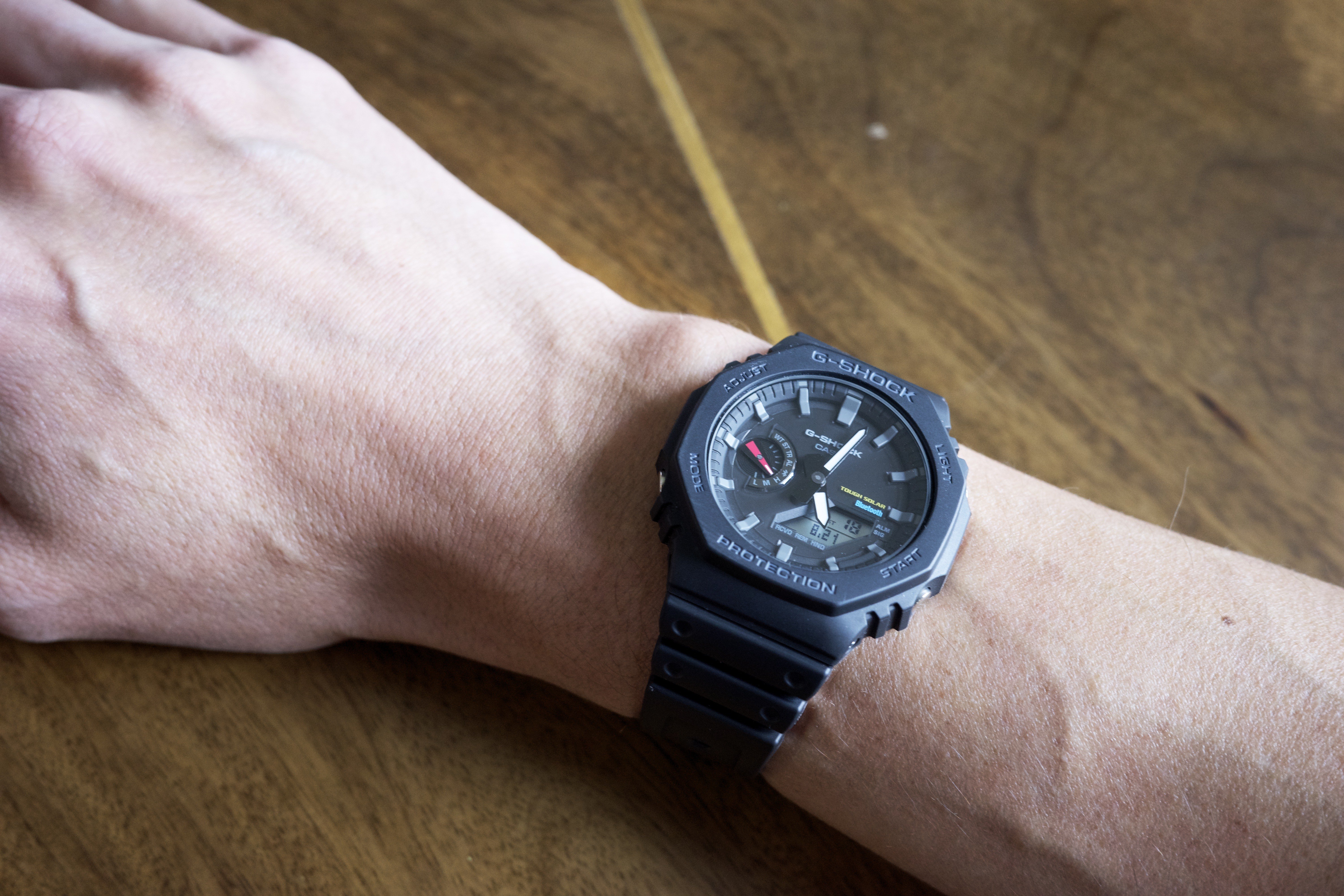 There’s some other odds and ends about the changes, but those are the two major ones, and the only ones which I really care about. The watch comes in far fewer color options currently, but the base black model has nicely lumed hands, and a nice red accent sub-dial. 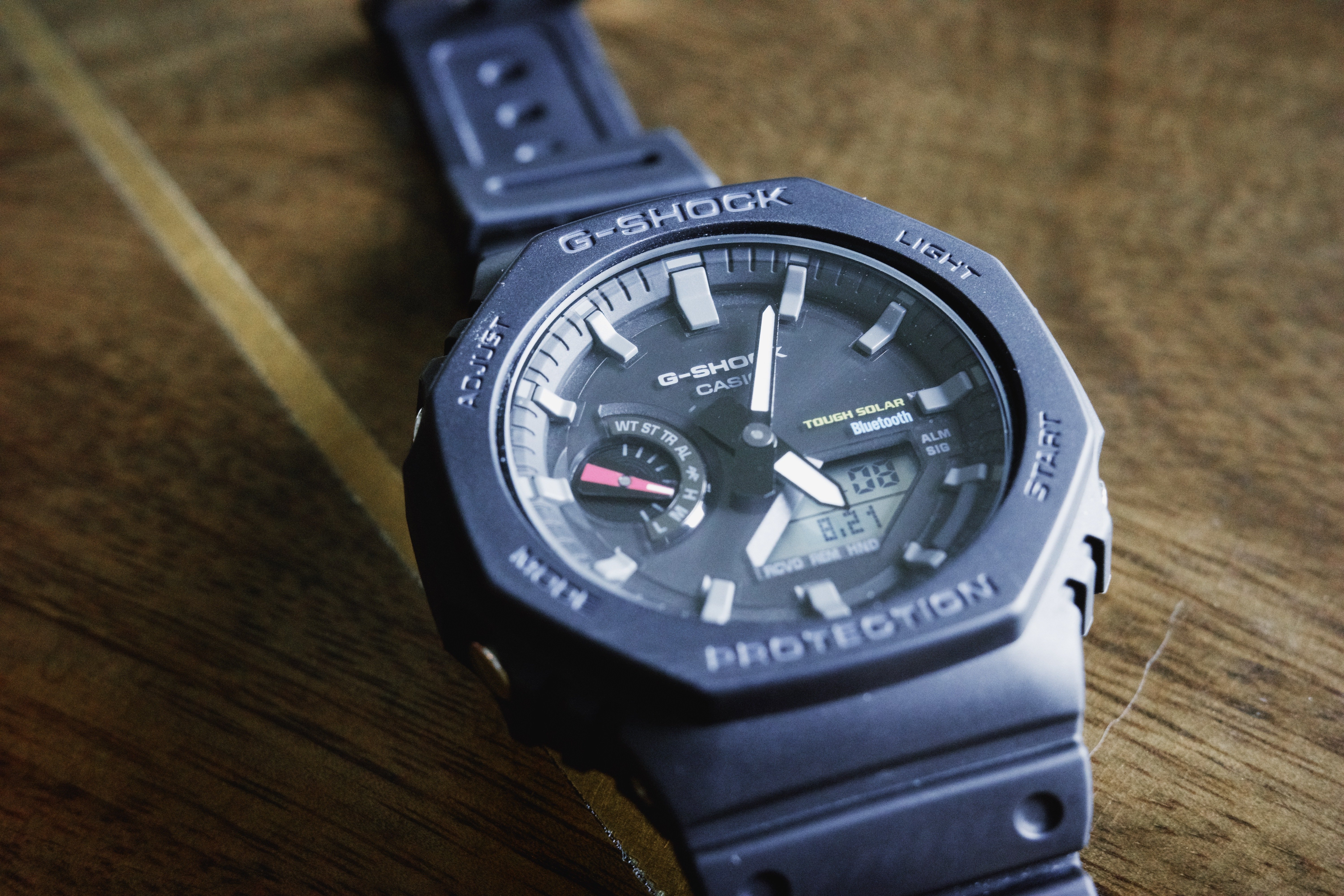 Speaking of sub-dials, there is one thing you lose with this watch: day of the week on the analog sub-dial. On the GA2100 the sub-dial points to the day of the week, on the GAB2100 it shows battery level, as well as indicates some of the other modes. You can show the day on the digital sub-dial, but doing so loses the date — kind of a bummer. In practice, I forgot about losing that complication and was fine with it. (Tapping the Adjust button will quickly toggle should you need a reminder.)

The first thing to do is to figure which of the hundreds of Casio apps this watch uses, it’s not the same as my GBD-200. Instead it uses this app, and from there you can see a ton of options on the watch. I’ve noticed that I don’t have to do anything on the watch for the time to stay in sync, and the time zone movement/change to happen automatically.

If you do need to connect manually to your phone, you initiate that by pressing and holding the Mode button, when done correctly a little animation plays on the digital screen and the phone will connect to the watch. It works everytime for me, which is more than I can say about the GBD-200, which is more flaky to connect to when you need/want it. 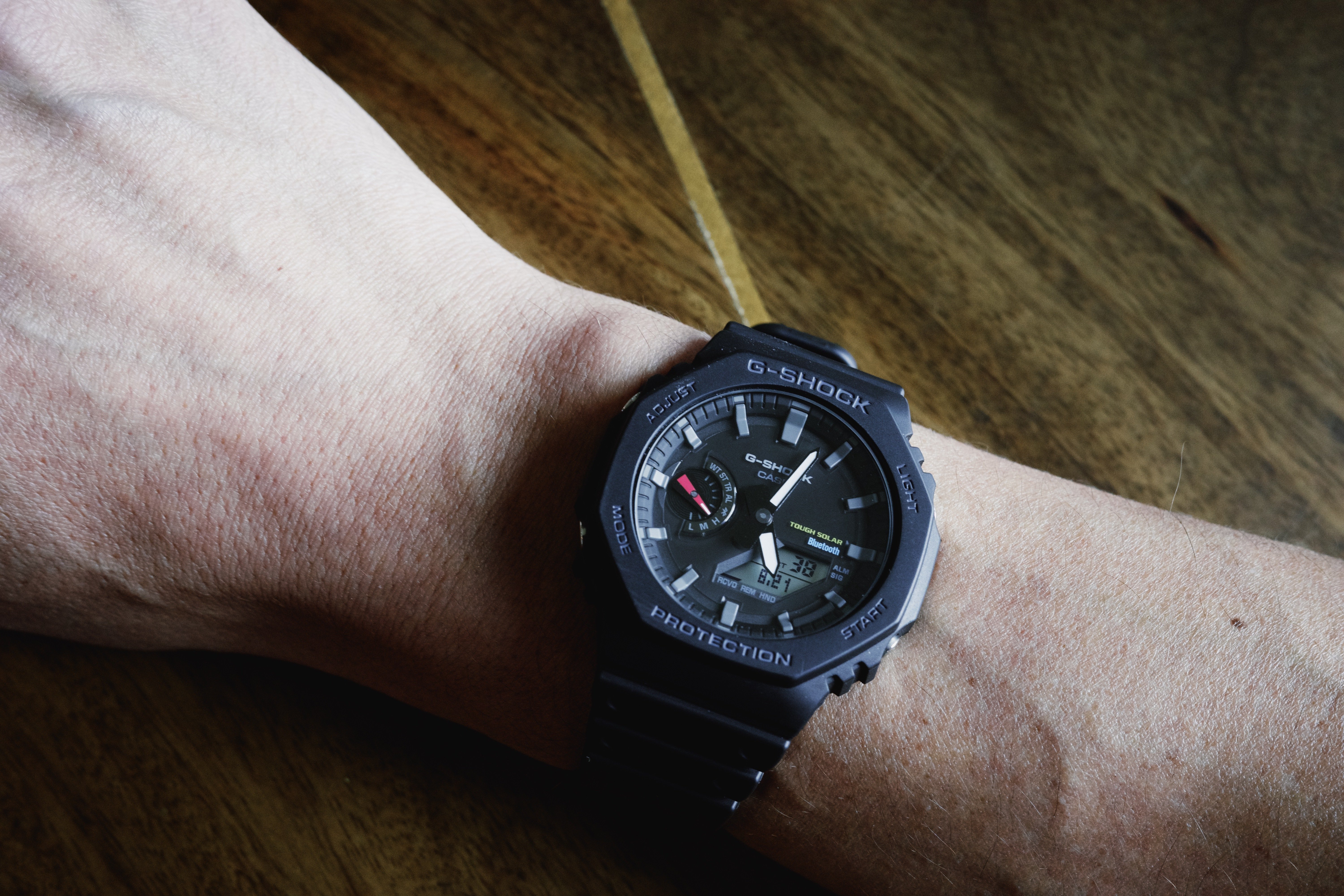 While the original GA2100 is an easy watch to wear, it will keep ticking for a long time, and be reasonably accurate. The GAB2100, takes that to the next level. It will almost always be accurate, it will likely always have power, while not becoming fragile in anyway. There’s something to be said about that, because this is truly a watch you don’t need to think about — at all.

And if you need to change something, all you need to recall is how to connect it to the app, and you can do everything there, which is a lot easier than attempting to changes those things directly on the watch. The only thing missing from this watch is a vibration alarm instead of the beep — that would make this a perfect watch. 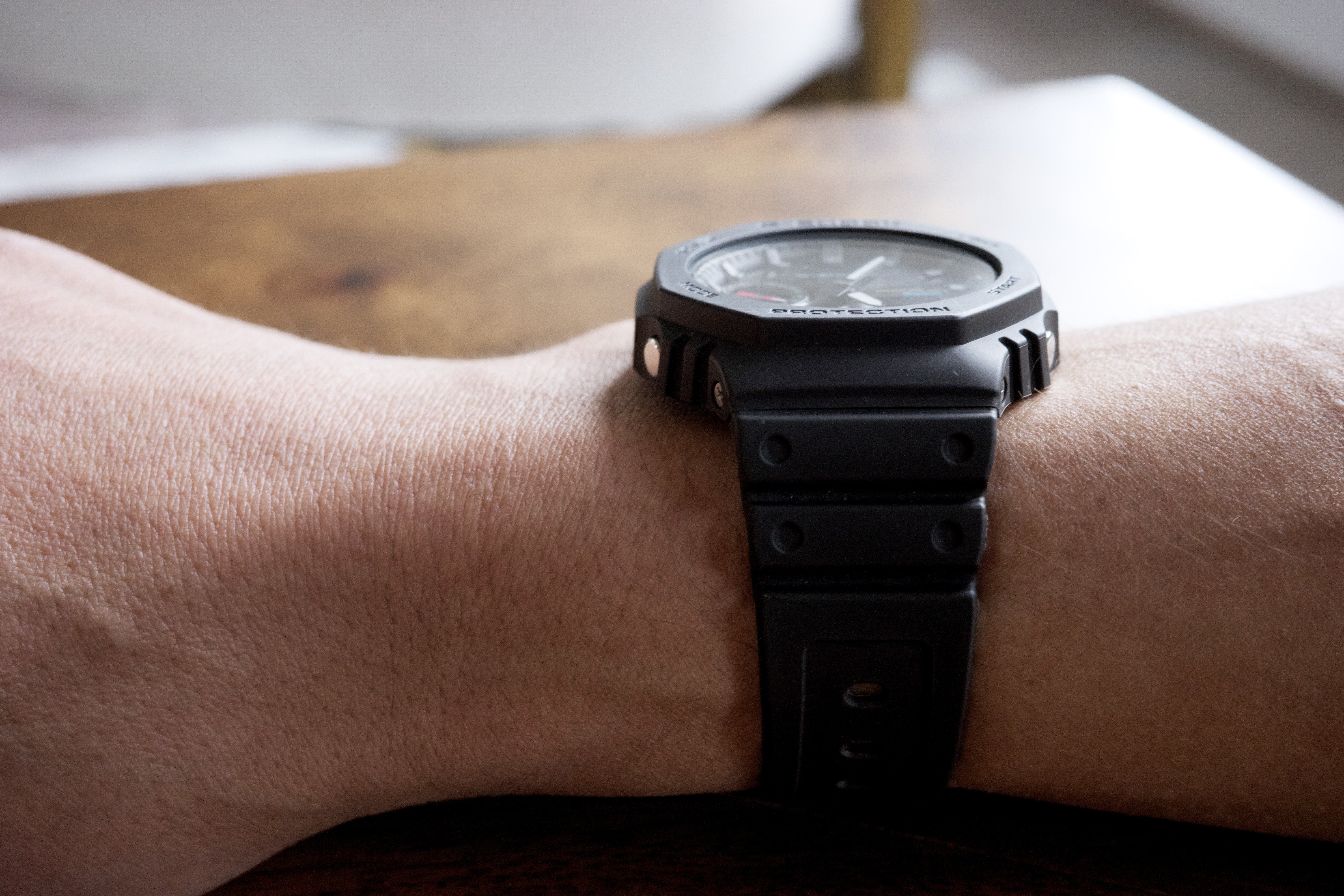 It wears, as does the GA2100, easily. It works everywhere, don’t be shy. It’s comfortable, durable, and good looking — all while being far more accurate than just about any other watch I wear.

As I said, it’s only missing a vibration alarm — if it had that it would be a perfect watch. As it is, this watch is more perfect than anything else I own. 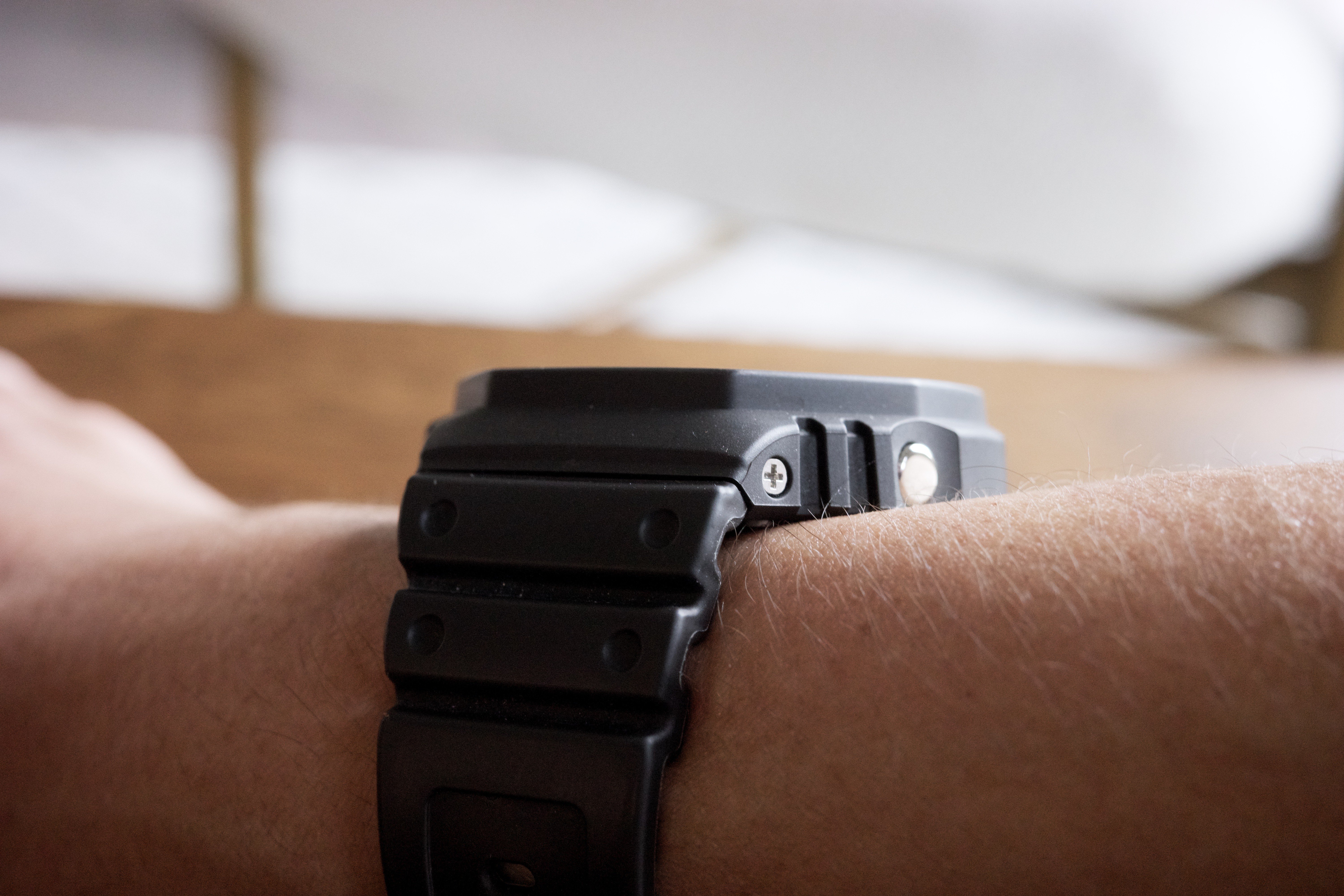 It’s all I wear on the weekends, and all I wear when I need to do any task which might cause my wrists to bang into stuff. I love it, and when they release some snazzier colors, I’ll buy more too.