Let’s talk about how this tiny slipjoint knife is a beast of a knife and perhaps the best knife all around.

Fun fact, I have in my possession one of these knives, but I own two — and I never sold or given away any. How? Well my Bexar Ultem was lost by UPS in their Drop Box so I am fully out on that, thanks a lot UPS. Even though I had that model Bexar for only a few days, I was so impressed with it, that I went right back and got the Titanium model — which we will talk about today.

But spoiler: this is possibly the best knife on the market today — without caveat. I know, I know, let’s talk about how that’s even possible. 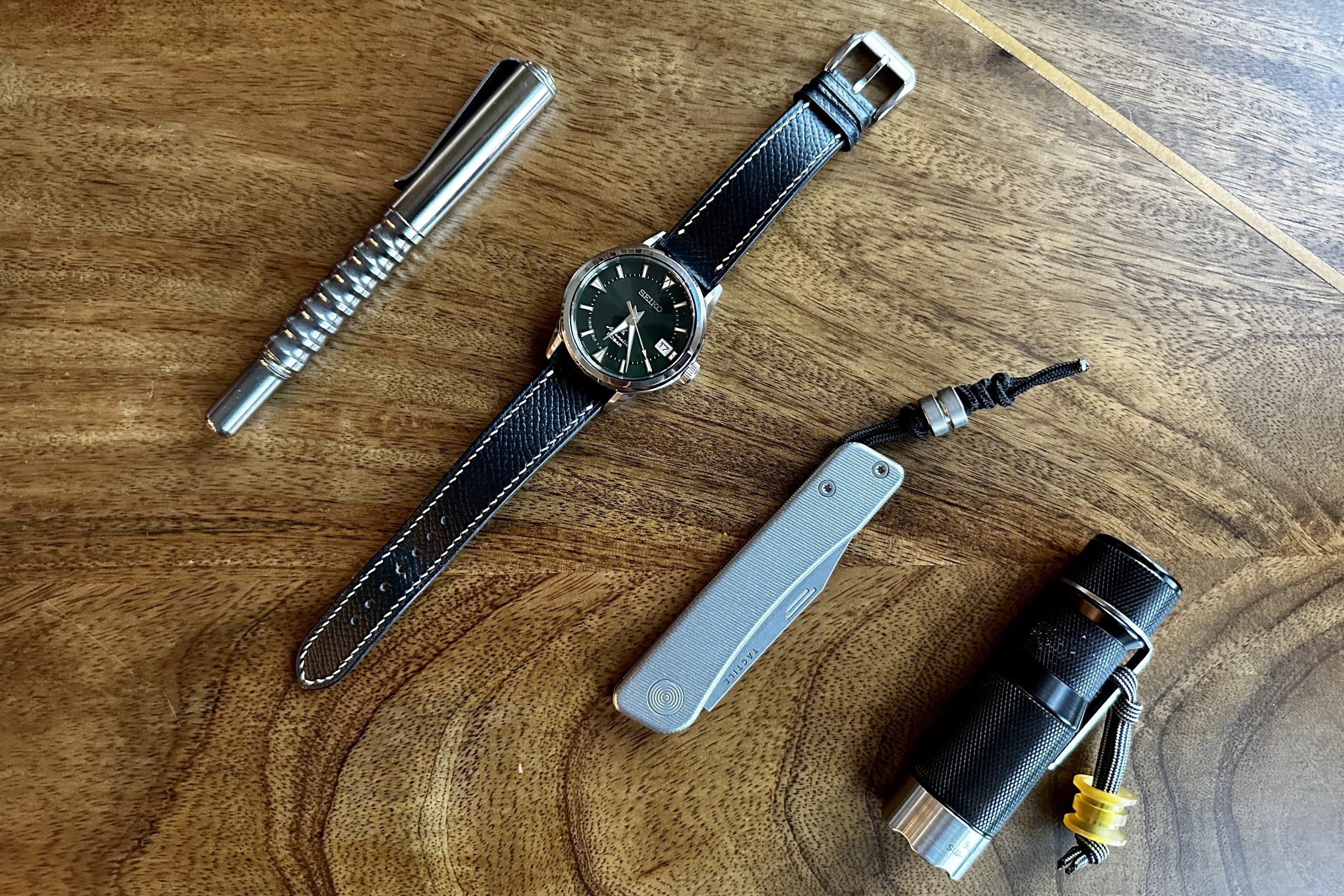 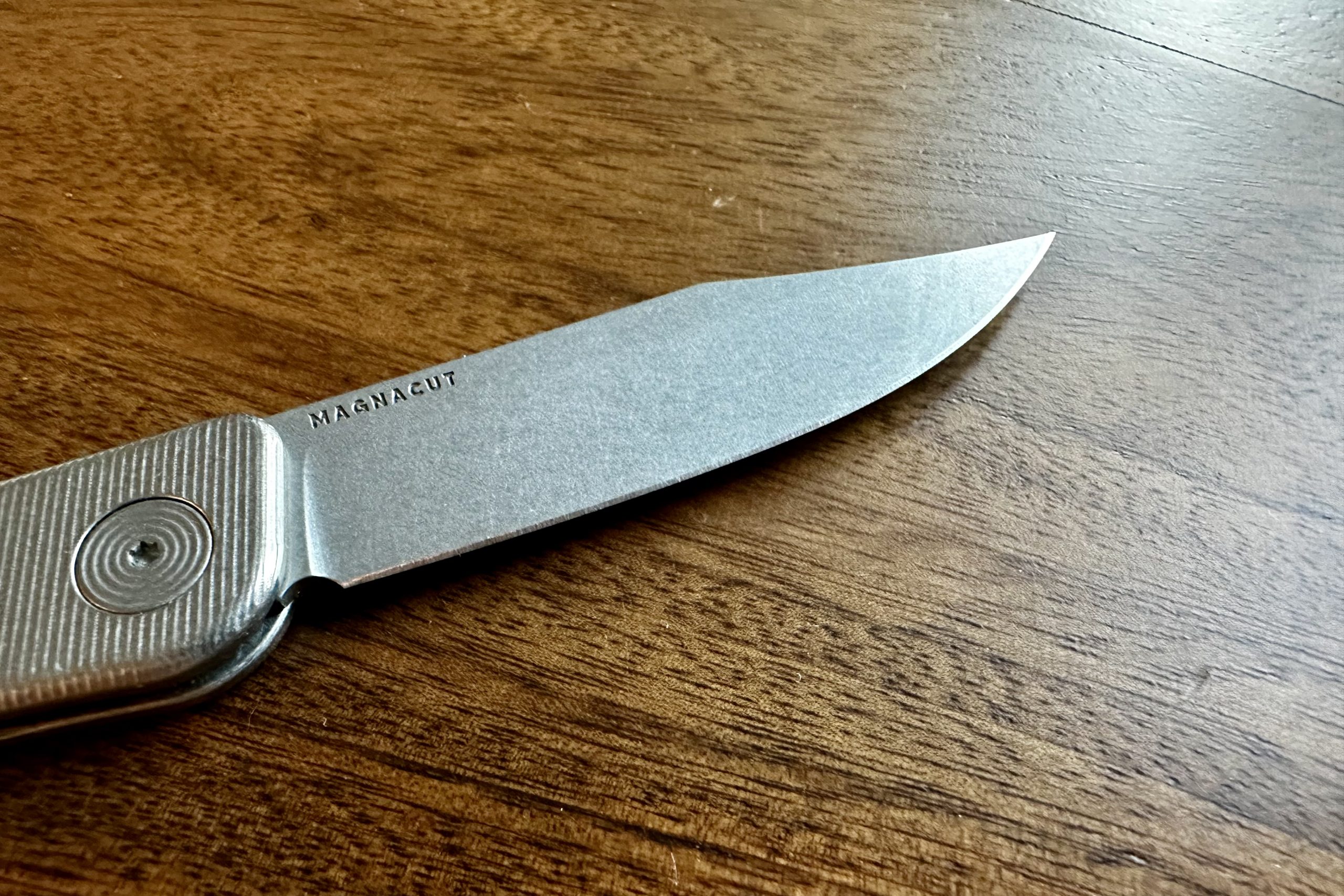 It’s bonkers. You know those comics where someone looks normal, then they turn to the side and they disappear? That’s this knife. 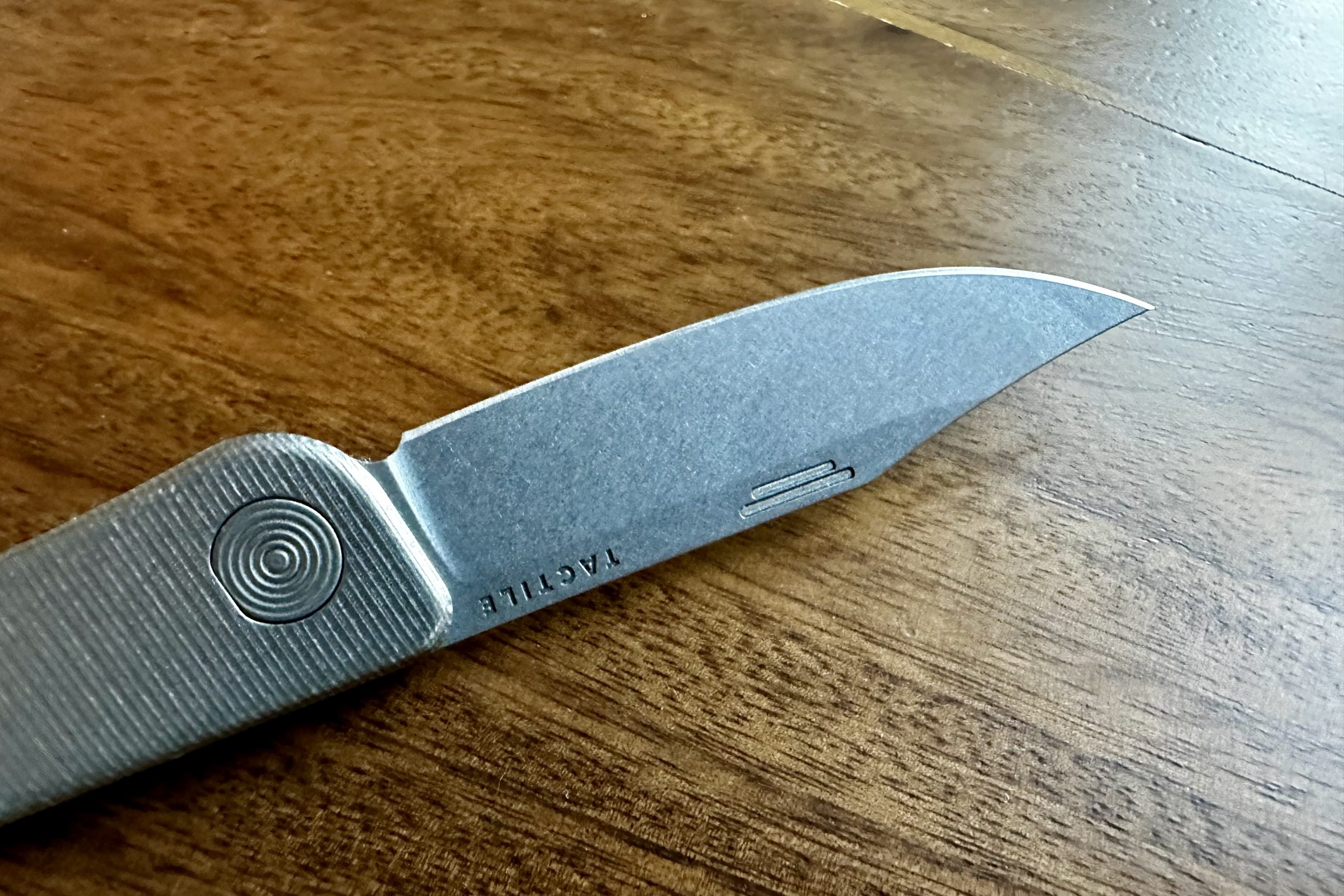 It doesn’t stop there, it’s MagnaCut, the ideal steel for EDC. And it has a nice lanyard, which you need because this can be hard to get a quick grip on without it. The nail nick is two little bars of high-fashion relief cut into the blade. 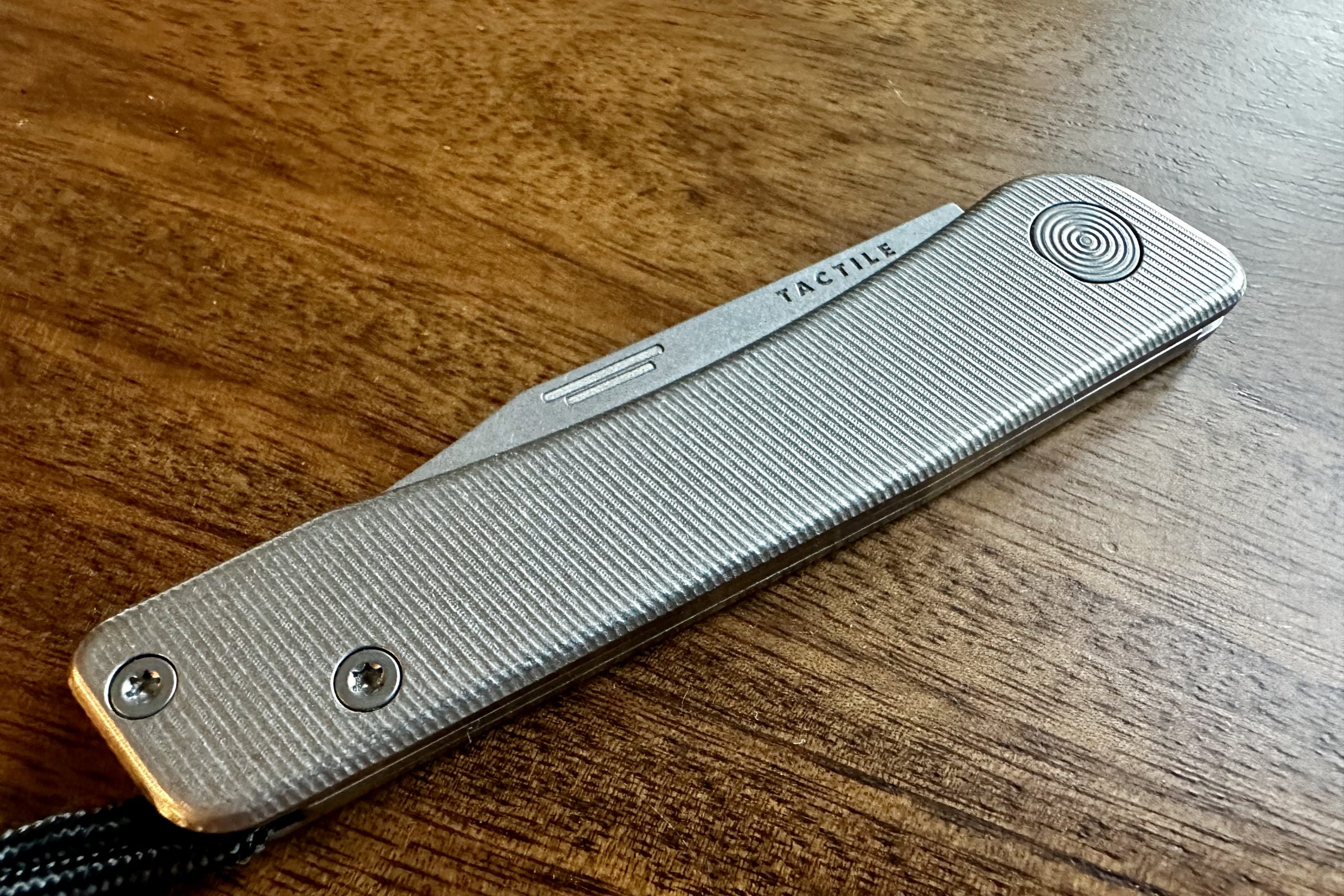 This knife seems impossible. You get it in your hand and you feel like it’s a joke. It’s so thin, and while it has some weight, spread out over that size it feels like nothing. But it feels stout. The machining is top notch, and the scales are near perfect blend of grip and fidget. Then you open it, and suddenly it’s like a full sized knife which also does full sized knife things. 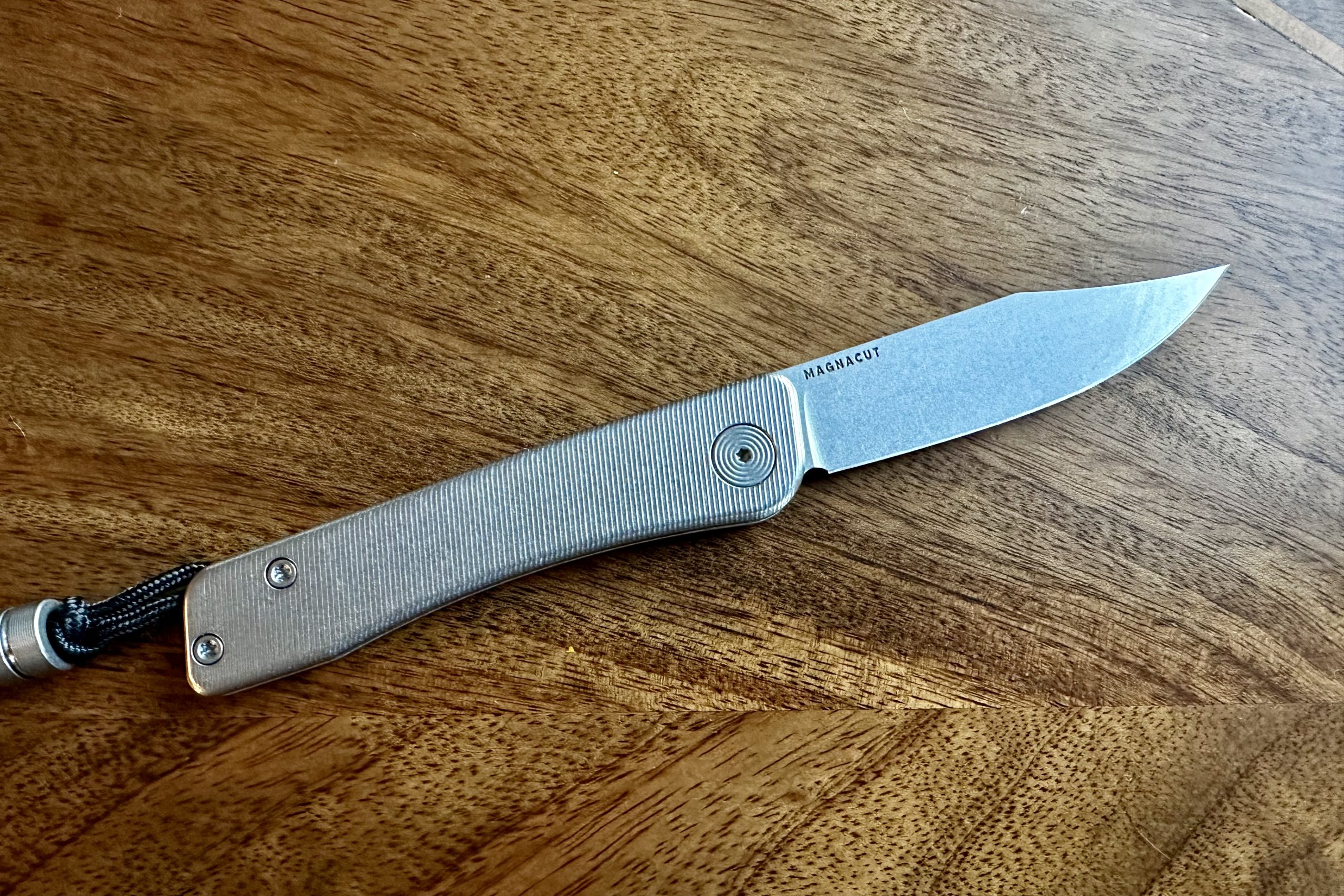 Then you close it and drop it in your pocket — and it’s gone. Black magic, that’s what this shit is. I don’t get it. 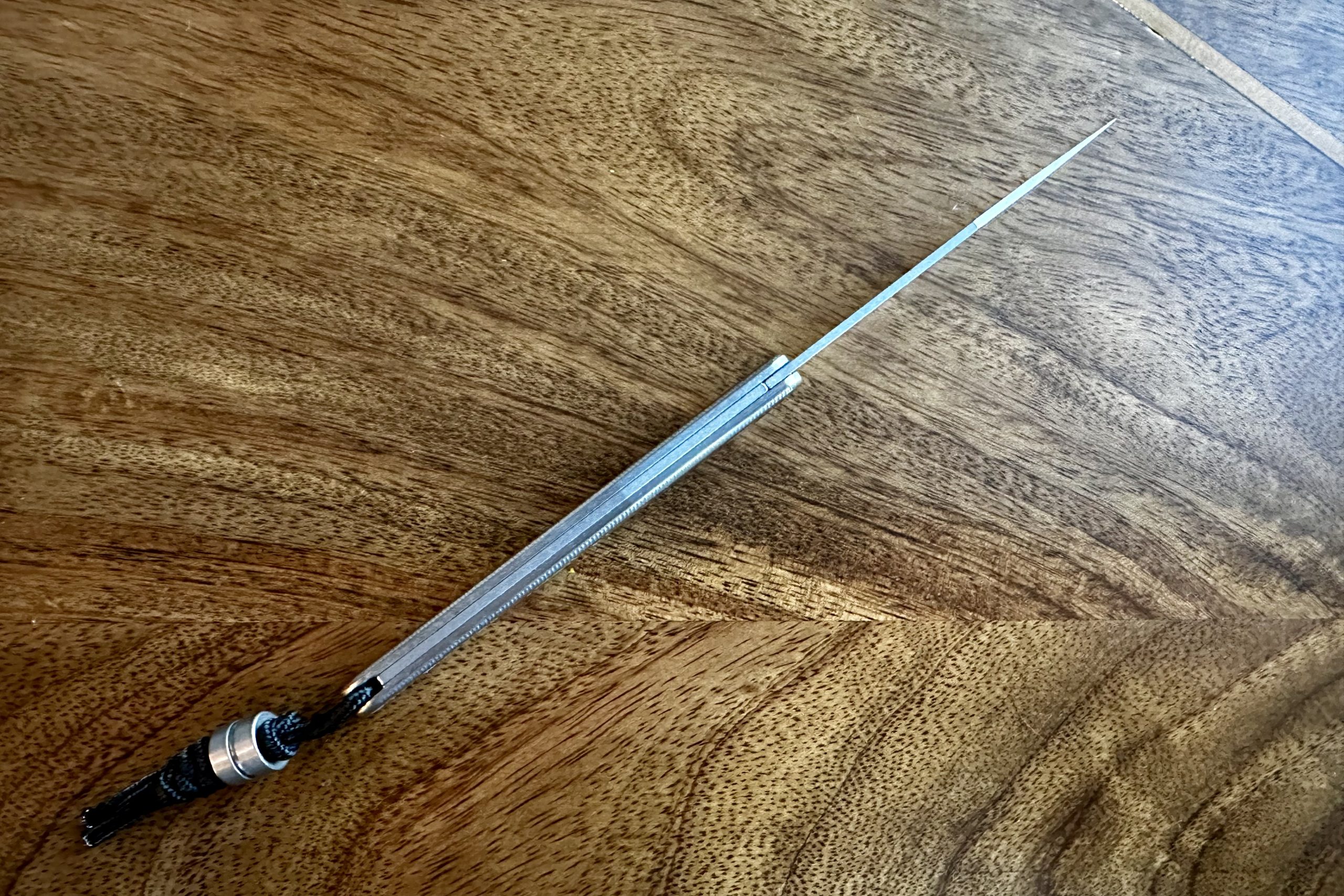 Anyways, the thing with this knife is that while it is very easy to carry, and light weight — it’s also not lacking in being a knife either. All too often knives that try to pull off this feat feel weak, or subpar, but the Bexar feels stout while still feeling nimble. 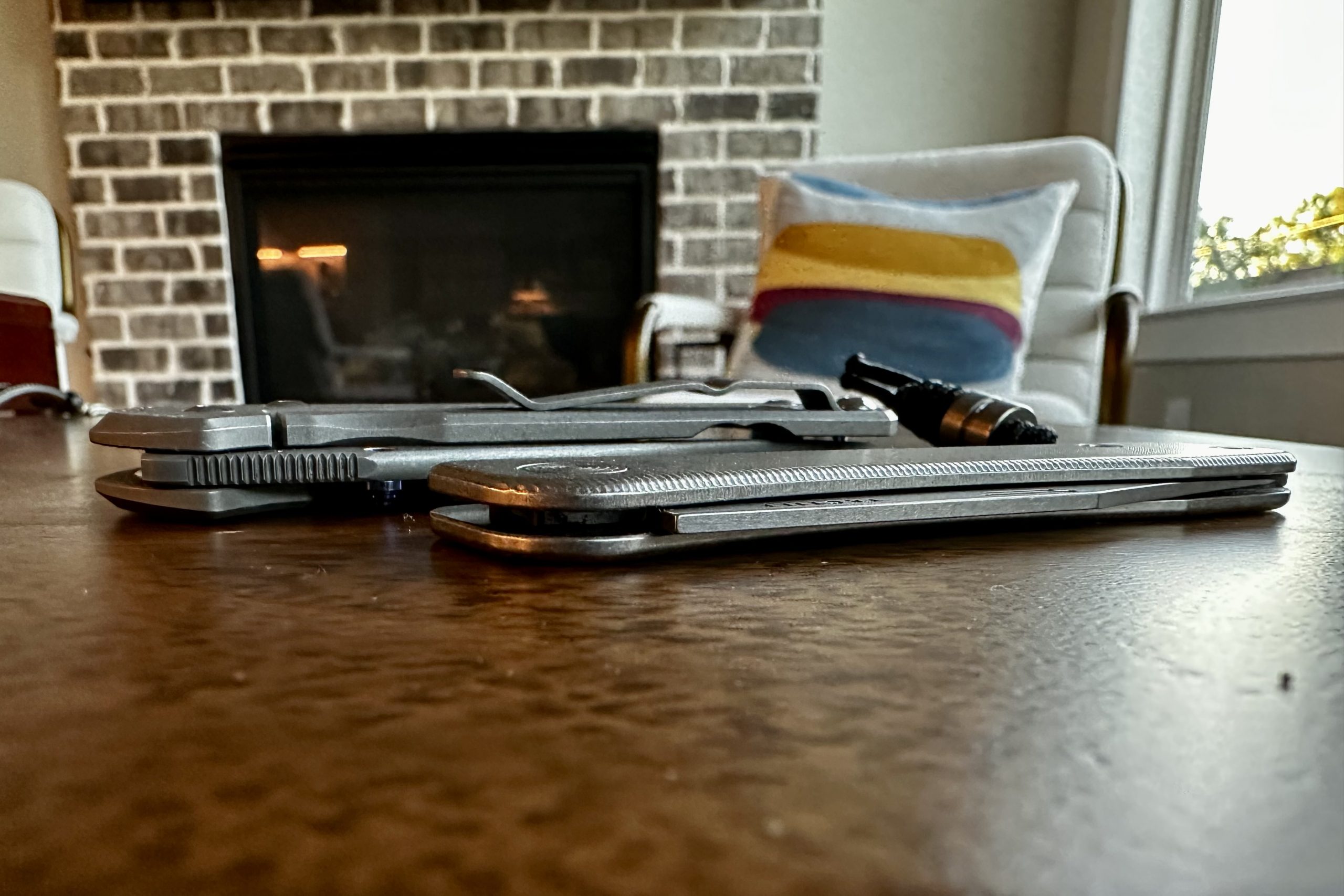 The blade is insanely slicey and the profile is stellar. Even with all the work I have put this knife to, I have barely needed to hit the strop with it — that’s a testament to the steel for sure but also the geometry on the edge. 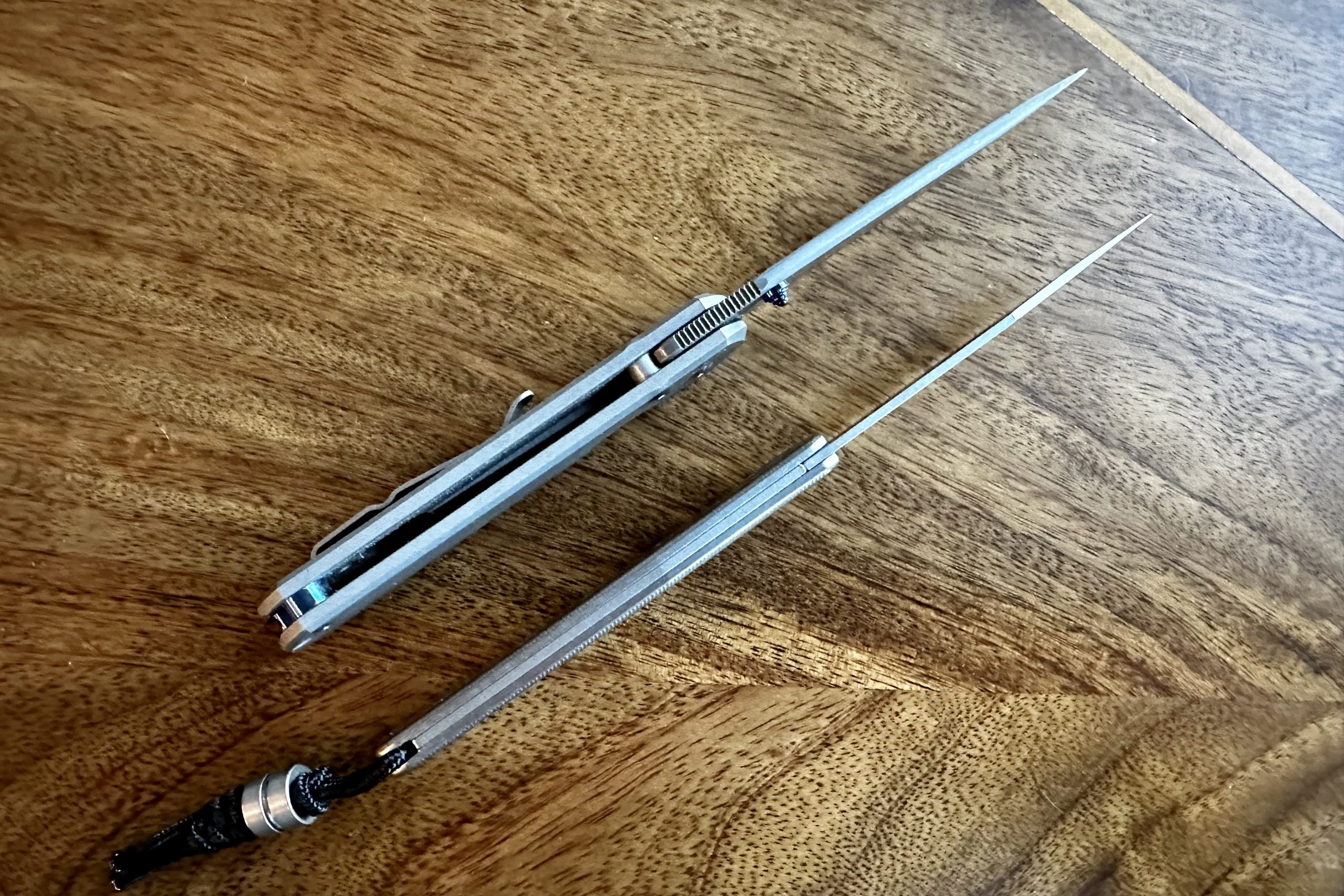 The knife does need the lanyard, and while I am not the biggest fan of lanyards generally, here it plays a crucial role in helping you retrieve the knife, and having a secure spot to keep from dropping the knife when you are deploying the blade. 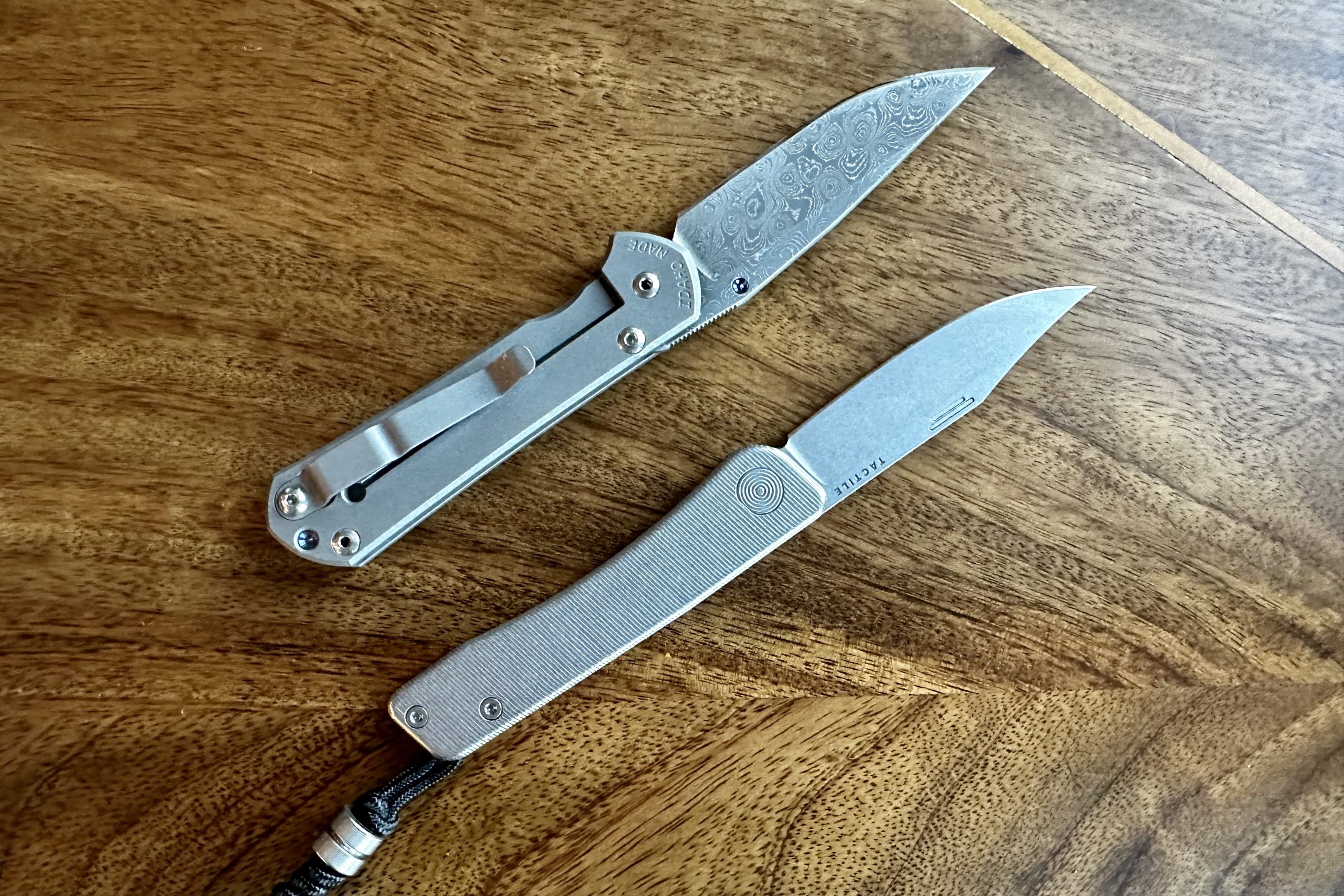 While this is a slipjoint in design, the overall dimensions of this knife make it feel far more solid than most slipjoints. It locks up firmly, and has a half stop. And it stays put — I’ve not once experienced this knife trying to close on me.

I had the Ultem for a couple of days before it was lost by UPS (there was a flaw in the knife, and Tactile was going to repair or replace the knife) and I can say that the Ultem is even lighter. The tradeoff is that the handle is less stout and does have some twist available in it. Not enough to be bad, but it’s there. While the titanium variant I now have has no twist or play in the knife, it does weigh more. Which you should go with really depends on what you want out of this.

If what you want is something that can punch at the same level of a equal sized blade locking knife, then get the Titanium. It’ll still be smaller and lighter, but won’t feel compromised. However, if what you want is a knife you never notice carrying and are ok with trading off a little rigidity in the handle, get the Ultem.

The company is aptly named, ‘Tactile Knife Co.’ as the scales on this have an impressively pleasing tactile response to them. And the machining is what I would expect out of a higher price point knife than this — it really gives a side eye to what Benchmade is doing on their knives. 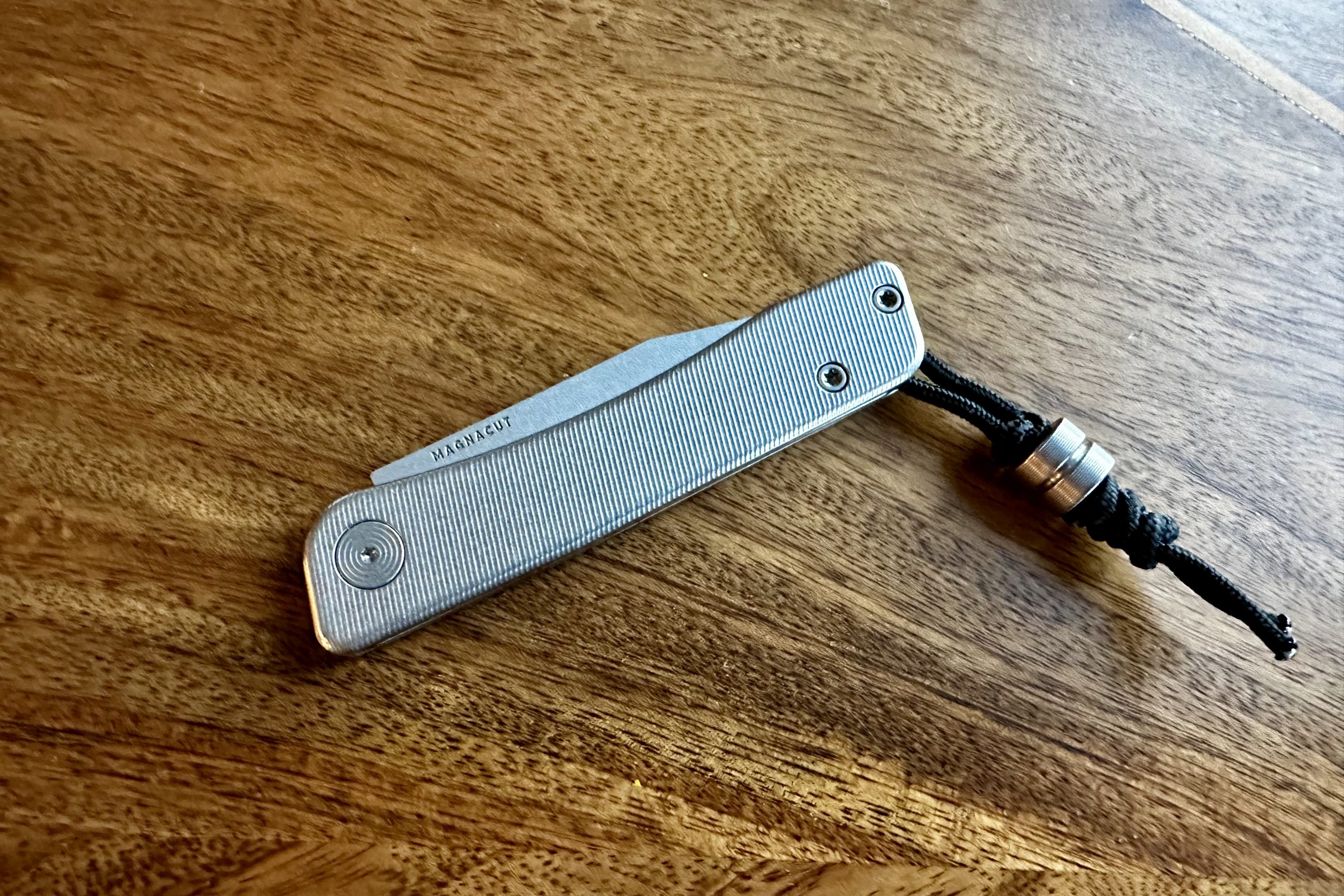 This knife is really good. How good? I am not prepared to say it is the best pocket knife just yet, but I am willing to say it’s giving my Sebenza’s a run for their money. It’s not the do-everything-knife that a Sebenza is, but for most urban dwellers, it is all the knife you will need and then some. Add to that the price at $199, and ready availability in the top steel out there — the value proposition is insane here.

So that should say all you need to know…

But, lest you be confused what I am saying: when I open my knife box in the morning to drop a knife in my pocket, I have to actively think about choosing something other than the Bexar. That used to be where the Sebenza sat, but no more.