I’ve started carrying way too much shit, time to scale it back.

One of the constant struggles that I face is what do I take with me when I want to, say, go to a coffee shop, or the library for a few hours. Realistically I could take everything, I mean my bag has room. I could also take just my laptop, that would likely cover me as well and would be as minimal as I could get.

It’s just a few hours, why is it so hard to decide what to bring?

Part of my struggle is that I don’t like to move things in and out of my bag. I like to get everything setup in the bag and then leave it there — don’t touch it — just keep it in the bag until I need it. Because I don’t like to swap things in and out, I like to have my bag ready for a short trip to a coffee shop or a longer trip while traveling for work or pleasure. My bag should always have the necessities in it for either.

So I took everything out of my bag and spread it out.

That’s quite a bit of stuff, and I’ve stared at that picture for a long time. I wanted to make it more minimal, but still versatile enough that I don’t have to add or subtract from it as I prefer.

The first thing I realized was that I was carrying some really odd shit, here’s the full list of what I have in that picture:

Whew, that’s quite a list, and as I said I needed and wanted to make it smaller.

After staring at that photo for a bit I decided on a two pronged approach: shrink the kit, and replace some of the older gear if needed. 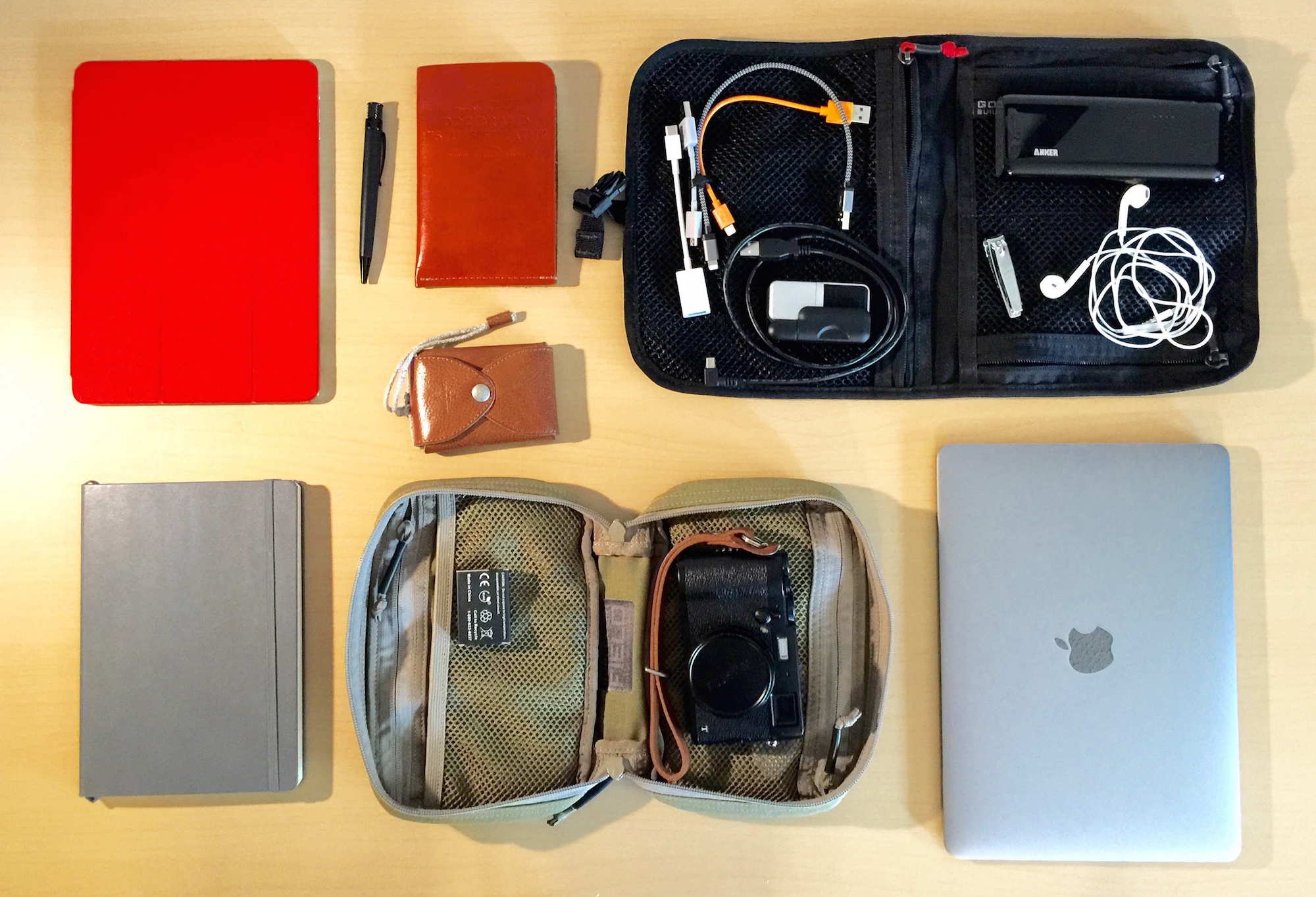 Originally I was carrying 34 items with me everyday and everywhere I went. Now I am down to 21 items, with many of those taking up less space. Only the battery pack got heavier, but it also holds a lot more power so I call that a wash.

I could have stopped there, but as I wrote about in my review of the GORUCK 15L Shoulder Bag:

And I think that’s where my issue is: the size of the 15L is not a compelling enough reason to use it over the GR1, and I was banking on the fact that it would be compellingly smaller.

I also wanted to tackle that problem I am facing with the recent changes of a few notable things in my life:

So I also slimmed down from the GR1’s 26 liter to the GORUCK Bullet Ruck which is 10L. I’ll do a full review of that later, but my thinking is that I want something more mobile like a nice shoulder bag, but that is still a backpack and large enough on my back to not look foolish.

We will see how this gear setup fairs long term, but I am committed to carrying far less crap with me everyday and suspect I will be pruning my list even further as time passes.