This is the best ‘hank light’ I’ve ever had and it is good enough to be your only one, but it shouldn’t be at all.

I wrote about the Emisar D4SV2 recently, and the channel switching setup I have on that light. Shortly after that light came out, the smaller D4V2 had tint ramping / channel switching added to it — I quickly purchased a setup to provide a massive tint range: 2000k to 5000k.

This light is amazing, and one of my favorites. 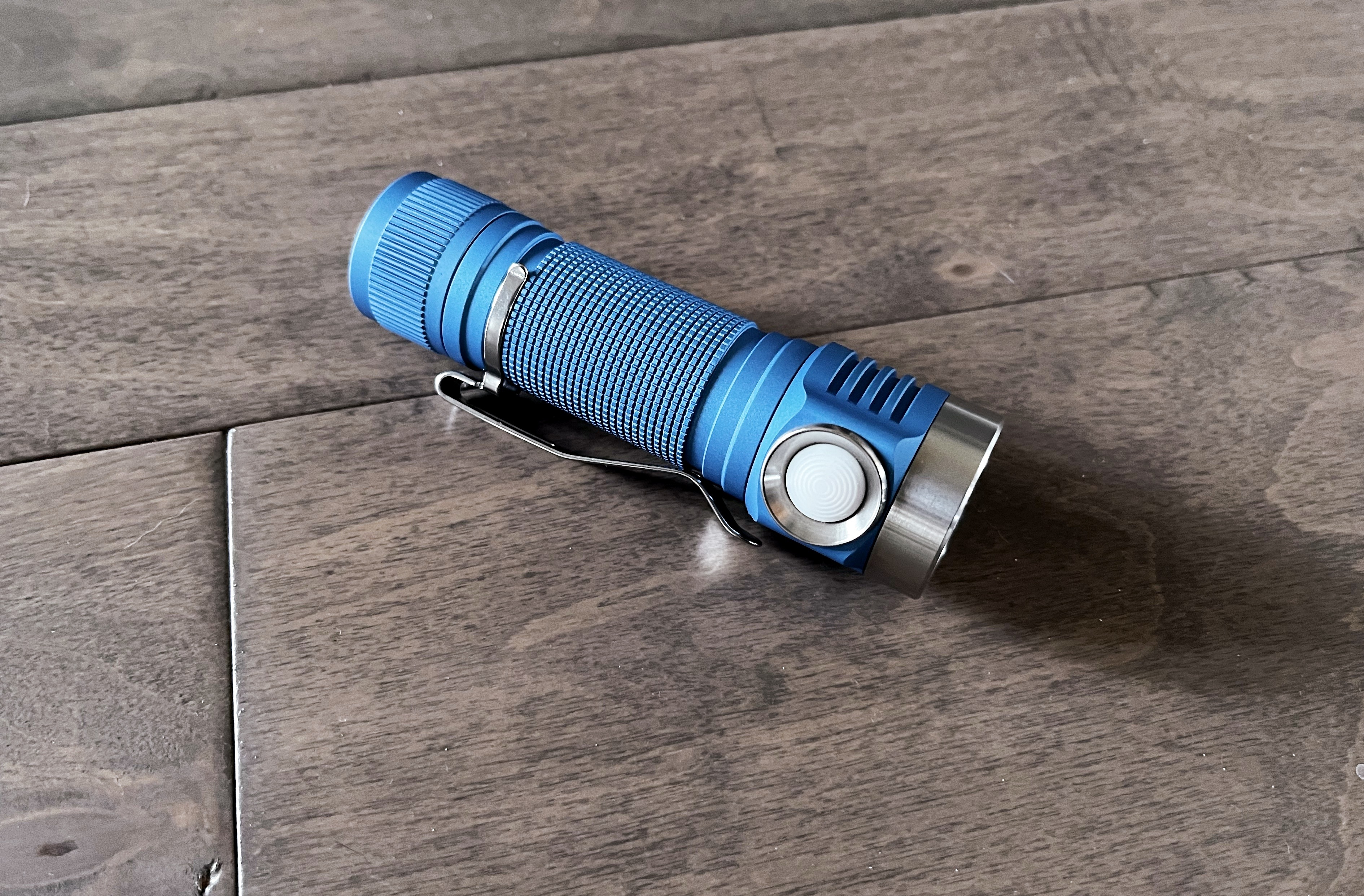 To get this setup I selected the Nichia E21a LEDs, two of which are 2000k and two of which are 5000k. That range takes you from afternoon sun to near candlelight yellow. It’s quite impressive. 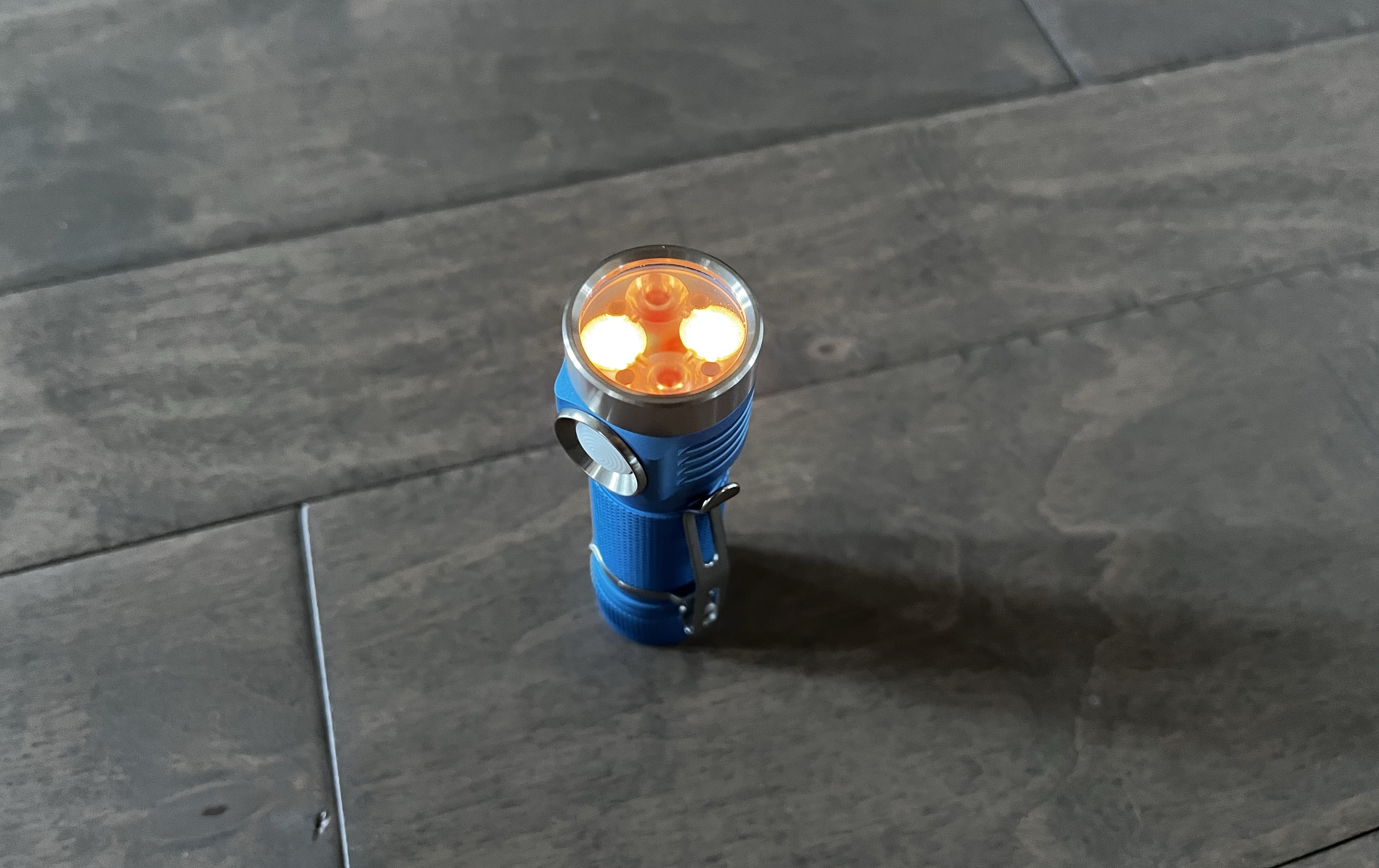 The e21a is a good LED, and high CRI. It’s not as popular of an offering (generally) and for me the reason for not preferring this LED comes down to the fact that the tint is rather boring in character. Meaning that when you put a 3000k e21a next to a 3000k 219b you end up seeing that the light coming from the e21a is a little flat feeling compared to the 219b. It’s a little too perfect feeling a way. There’s no character, no charm. 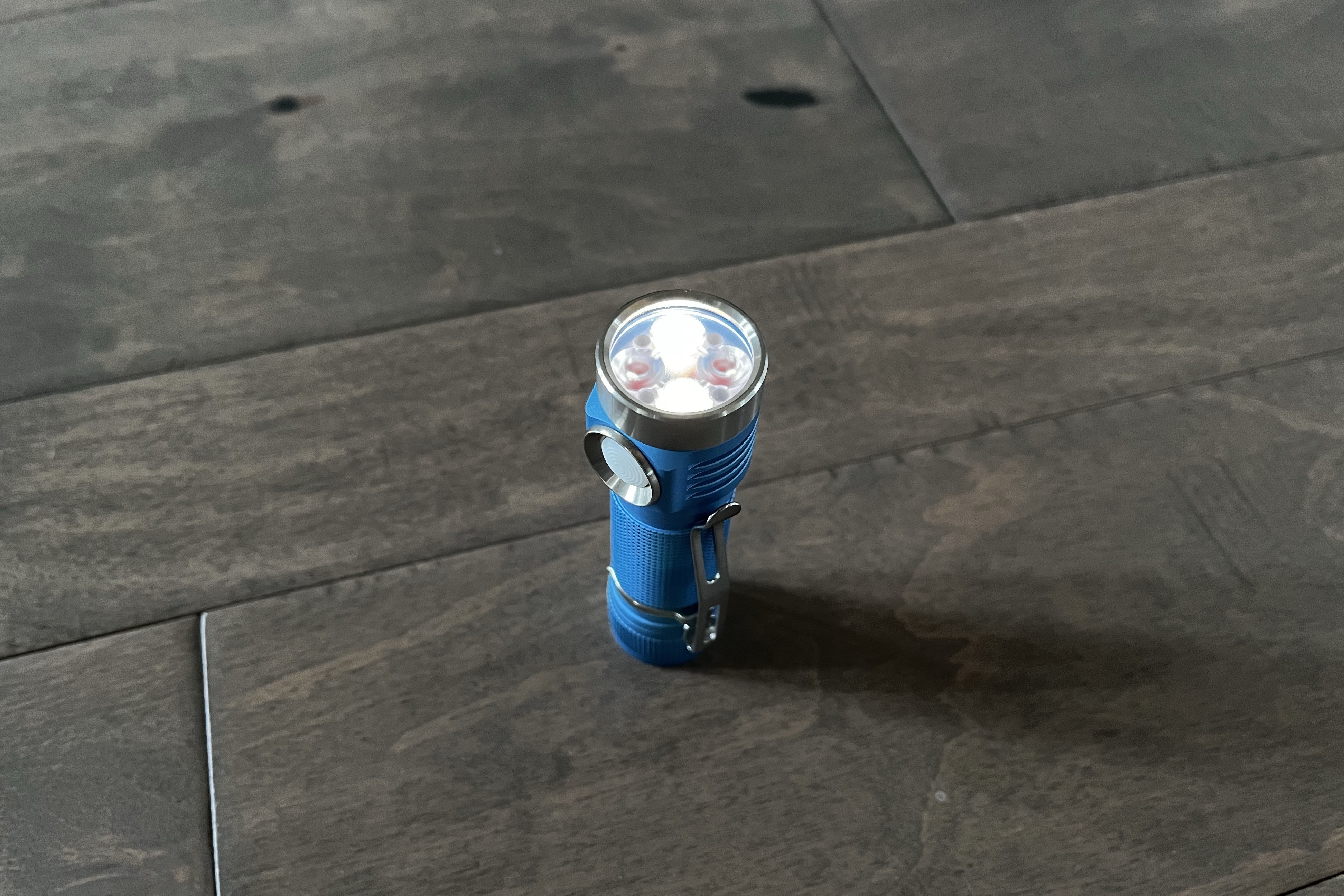 That goes out the window a bit in this setup, which makes the e21a a great setup for a tint ramping light like this. The excitement comes from the mixing. These LEDs are great here.

I won’t dive into the D4V2 itself, other than to say the cyan color way is new to me and it is aces. The star here is the latest version of Anduril2. There’s two modes you can put the light in which I will refer to as locked and automatic. 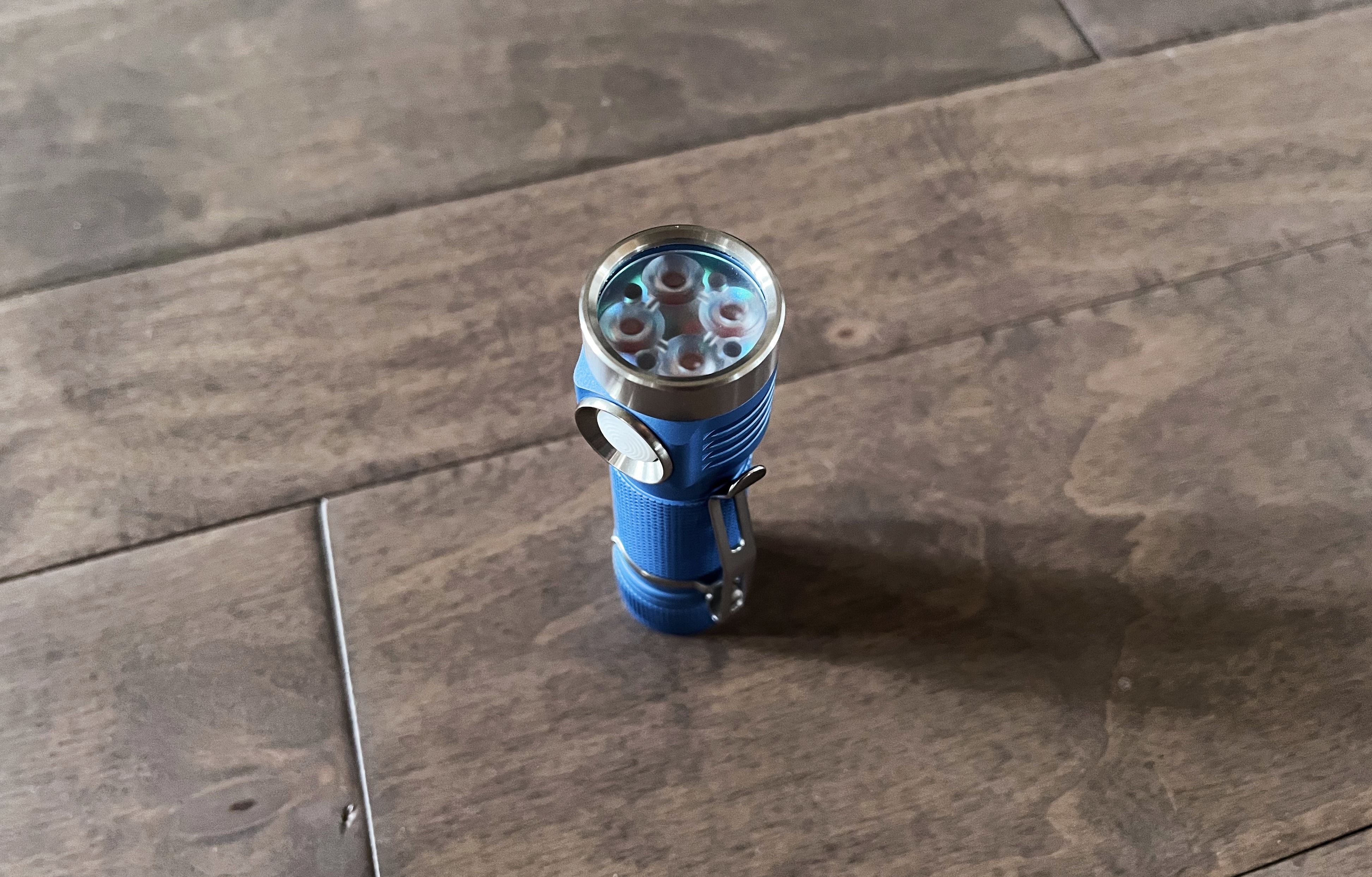 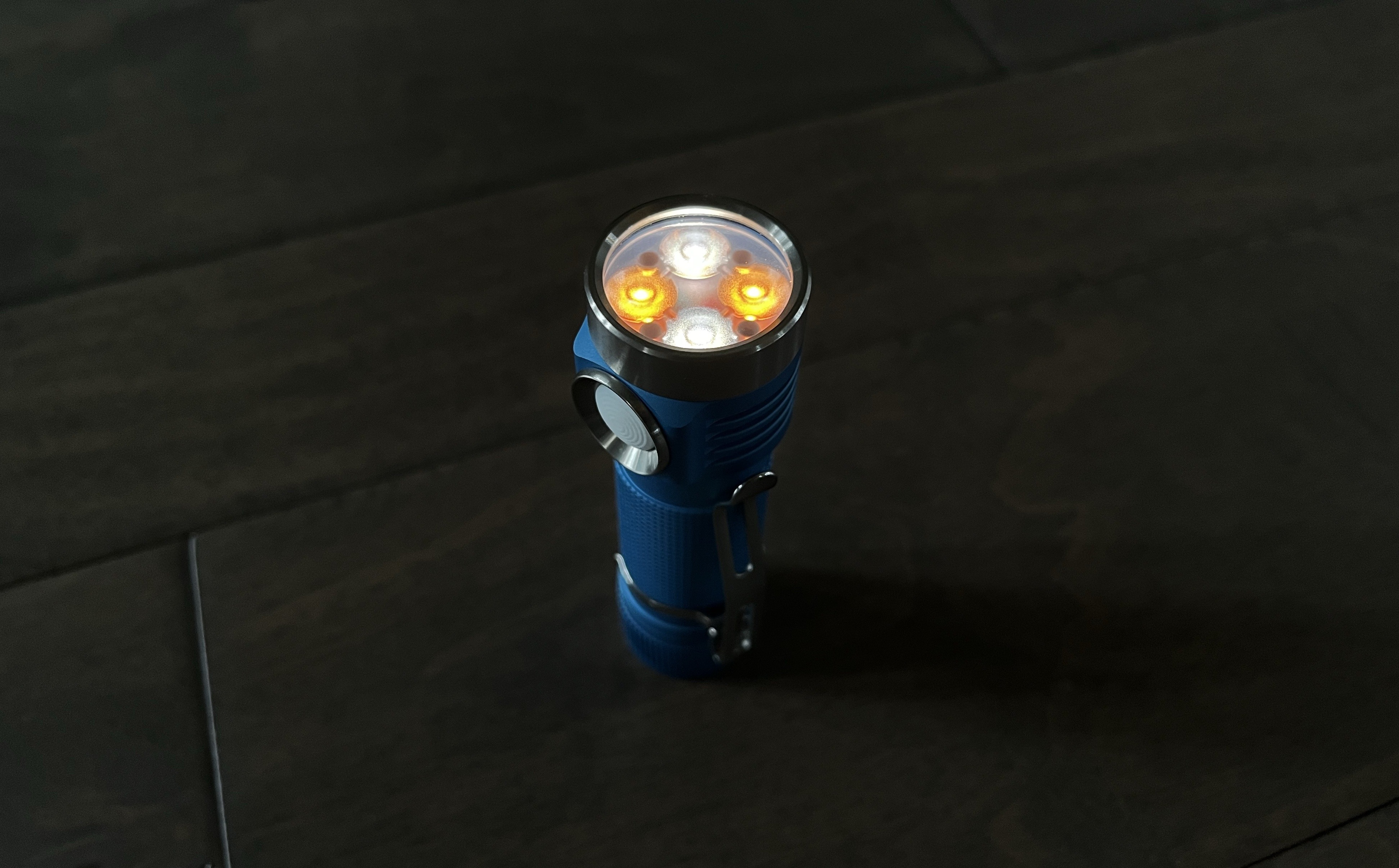 When you hit turbo, the light does both channels at 100% power.

I’ve played with a lot of options here, but having the light ramp based on power between the channels is really the best bet, and most useable for this type of setup. I don’t need 2000k light at a high output, so it’s a very nice thing when it moves along the CCT for me.

There’s a few things which bother me about this software, all of which should be fixable:

Again, small things and this is an evolving landscape right now. But tint ramping is immensely useful, not at all hard to use, and this makes an even better case for the D4V2 — which was already a light hard not to own a bunch of.

Here’s the UI in action: 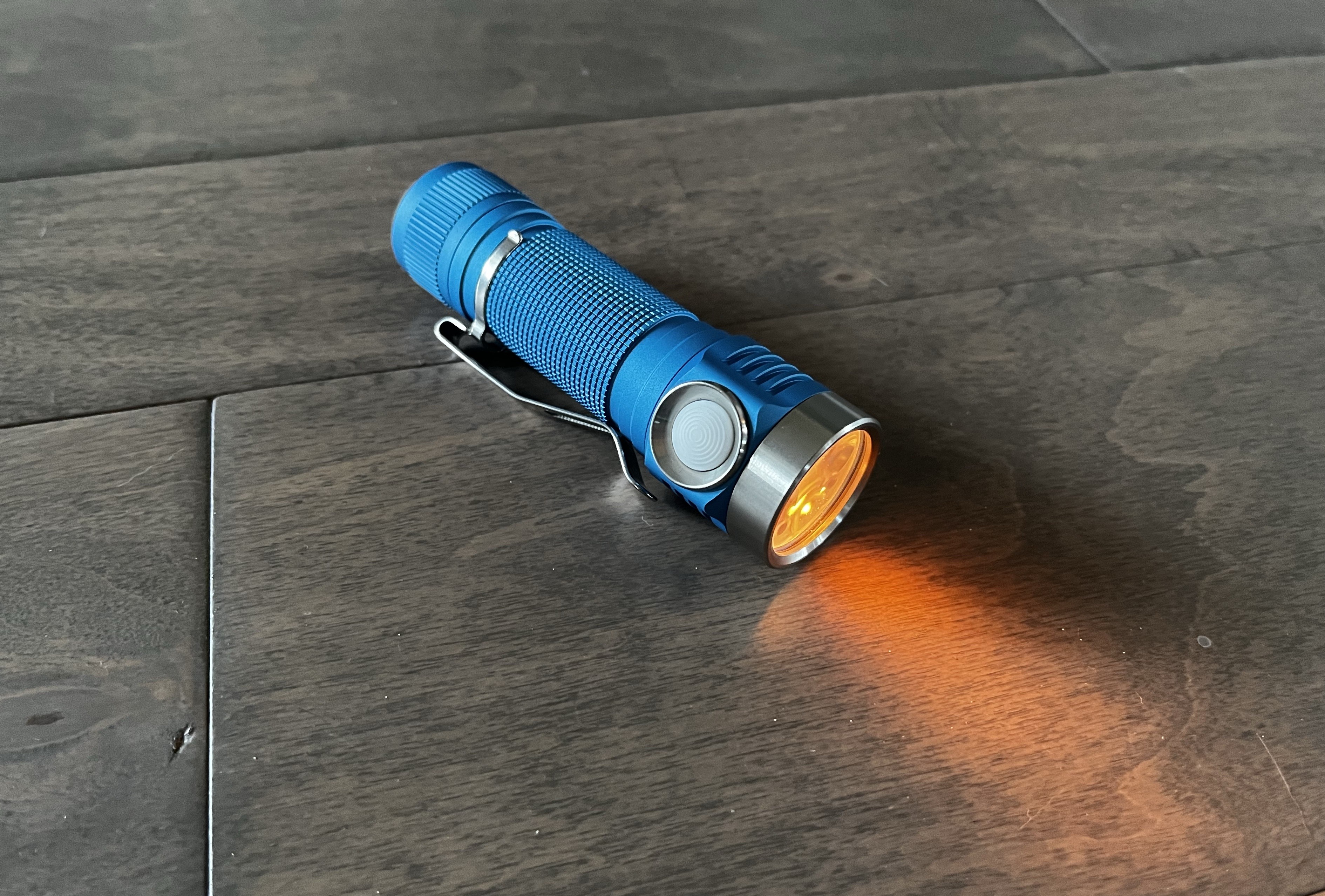 In the past, I rotated through tons of lights in the evening to try a bunch out. Not anymore, I use this light 90% of the time when I head to bed. It’s the perfect evening light. Plenty of power, decently low, and an amazingly warm light. 2000k is amazing.

This is my preferred light for keeping on my nightstand, and more than that, it’s my favorite D4V2 to date. This is stellar, everyone needs one of these. If you don’t have this yet, takes a while for shipping so the best time to order was a month ago.