Lots of good ideas, which don’t really pan out.

A bit ago Triple Aught Design released the Transport Wallet, which is the companies take on a wallet for travel and adventure. I had seen the wallet walked through on Instagram, and at only $35 I decided to buy it right away when they came out. There’s a few stand out features which sold me on the wallet:

The idea of this wallet, or rather the concept of it, is quite interesting. Everything is in a secure spot, but the stuff you need often is readily accessible in an almost one handed manner. However my biggest concern going into this wallet was that I would instantly find it too large.

(Until getting this wallet I had been using the Flowfold wallet, and previously had tried wallets which carry other things with them and hated them.)

I’ve thus far only read one review of this wallet, and was not good. The primary complaint was that the construction did not feel quality, which is not at all what anyone would expect from Triple Aught Design. And after using mine for quite some time I can see what that reviewer was getting at. It’s not that the construction is poor, it’s almost like the materials chosen holds the wallet construction back from feeling like an overbuilt product. Almost as if they fought against the materials to make this into a wallet.

None of that is problematic, and the wallet shows no issues, but the extra thread at the ends of sewing runs gives away the struggle in a manner that detracts from the air of quality.

The far bigger issue is the materials themselves. There’s two materials in use: the first is Hypalon Synthetic Rubber, and the other is reinforced X-Ply Film. That Hypalon is the main issue, because it does feel like rubber. This is a great feeling tactilely in your hands, and it grips the stuff you put in your wallet like no other. However, it also grips everything around it, which means that it’s near impossible to pull out of your wallet without also pulling out anything else it touches in your pocket. I constantly struggle not to pull out my iPhone, or handkerchief, or even the pocket lining itself with this wallet.

At first this seemed acceptable, a bit of added security and peace of mind. However, after extended use, this was far more annoying than anything else. It also works against you when you try to stow cash or receipts in the wallet. Switch to another material, and this wallet would be so much better. 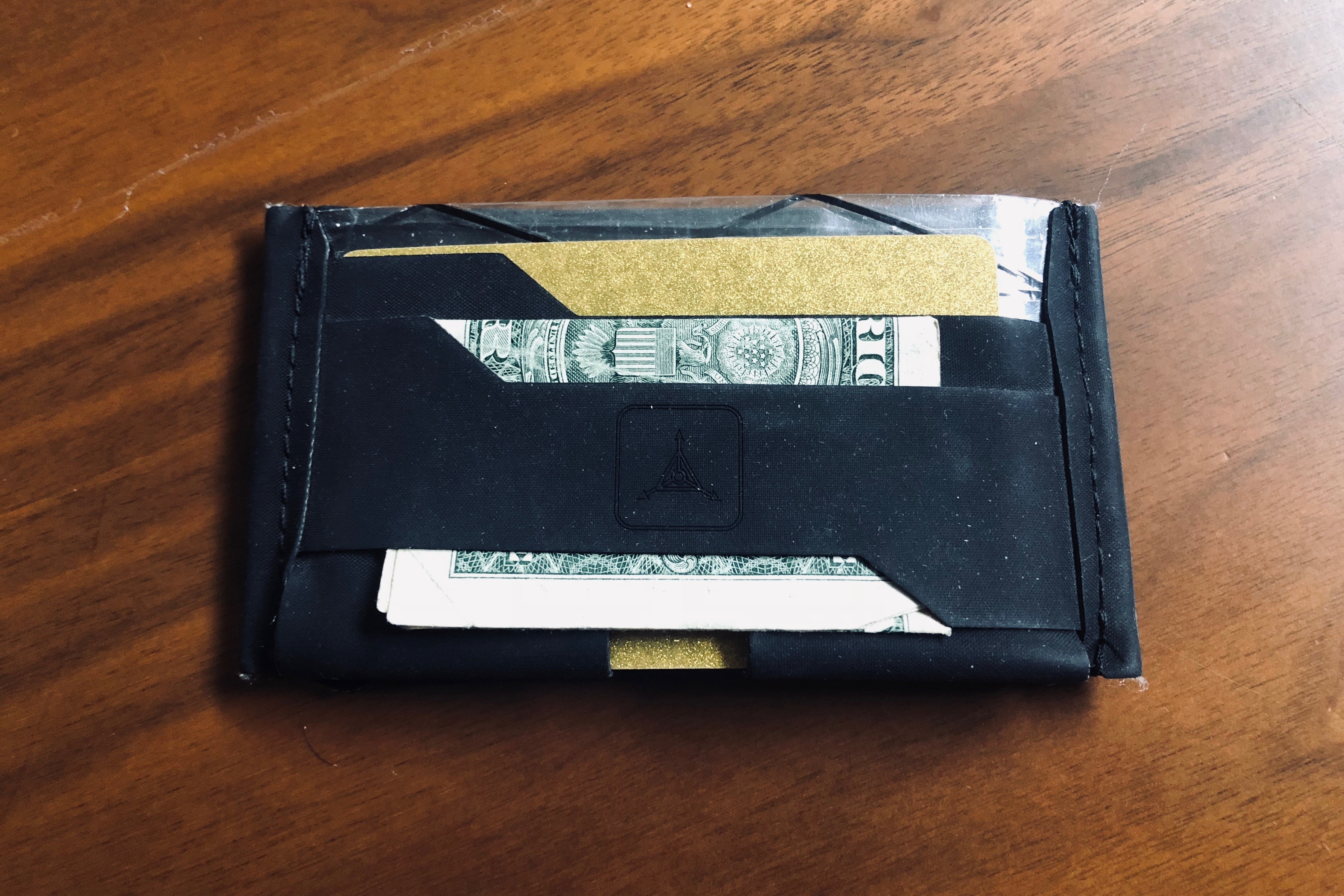 Ok, a wallet is more than the material it is made out of, and this wallet is all about pockets. This wallet can hold a surprising amount of stuff, just as well as it can hold a very few items. There’s three main pockets: and ID window which very securely stows your ID and anything else (I liked to put my insurance card in there too), a larger main pocket for less used cards, and a quick access pocket for the card you use the most.

It can take a bit to get used to using and accessing these compartments, but that turns into habit rather quickly. At first though, be prepared to have to slow down. Only the quick access slot is comfortable when you first start using this wallet. 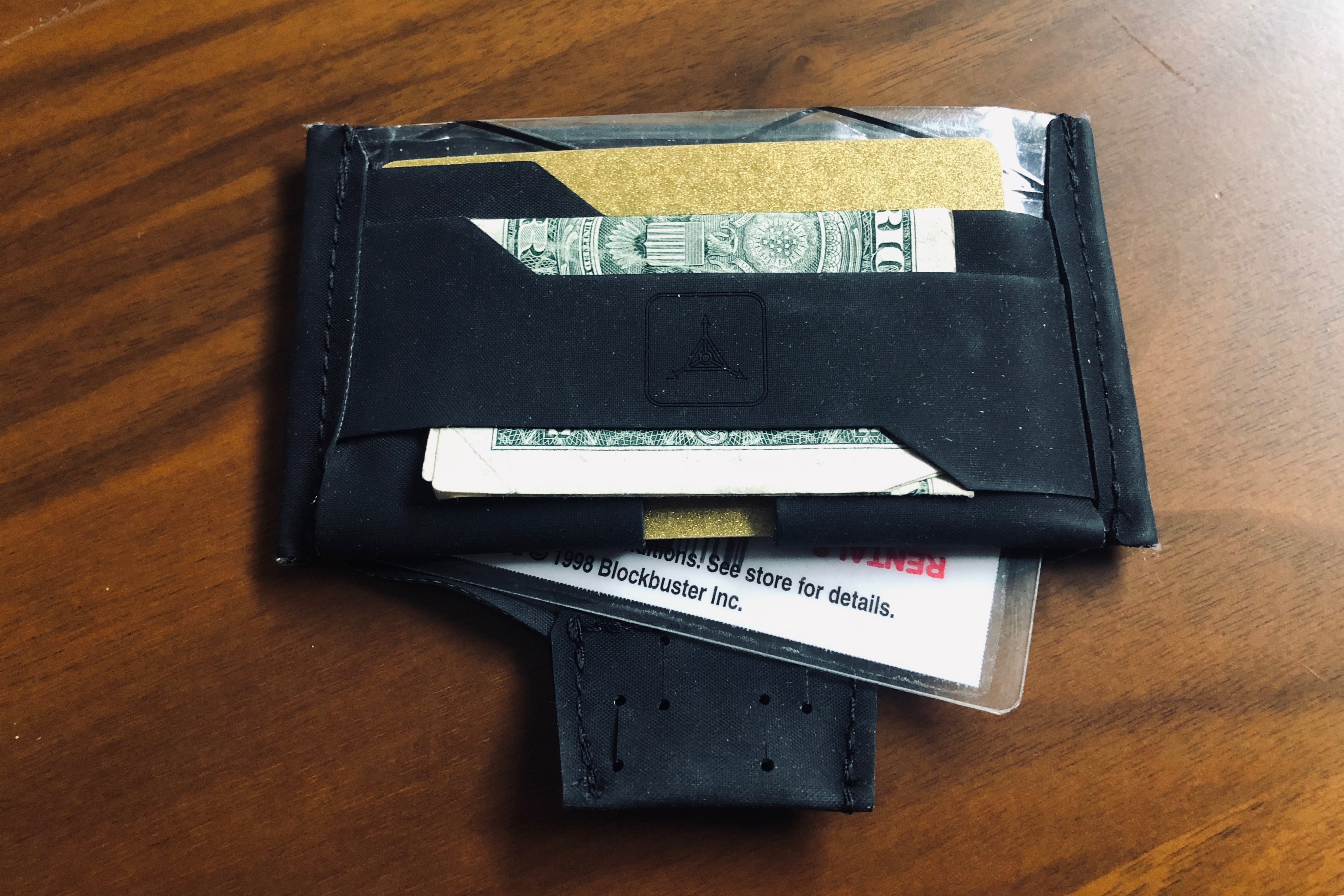 As I mentioned above, one of the big ideas with this wallet is the little hidden pocket. This pocket is found at the end of the flap which secures the ID cards in place. The pocket part is just large enough to hold a microSD card, and has two pass through slots which can be used for SERE tools. Which is ostensibly designed to hold a hand cuff key or lock picks.

I had hoped this might hold my Bogota TI lock picks in place, but it was far too clunky to do so. I think you will need small flat lock picks from Bogota if that is what you want to store here. A microSD card does fit perfectly and completely disappears, but you would also need to have a reason to want to hide one in your wallet.

It’s actually not bad, a bit long, but otherwise no complaints on the size itself. While the wallet is thicker than most of the others I tend to use, it is very narrow and long which aids the wallet in feeling comfortable in your pocket. For people moving from a more traditional wallet, or a leather wallet of any type, you’ll likely find this to be thin. For those already used to thin wallets, this will feel downright thick.

Even though I find it very thick, I surprisingly have no issues with the thickness in use. 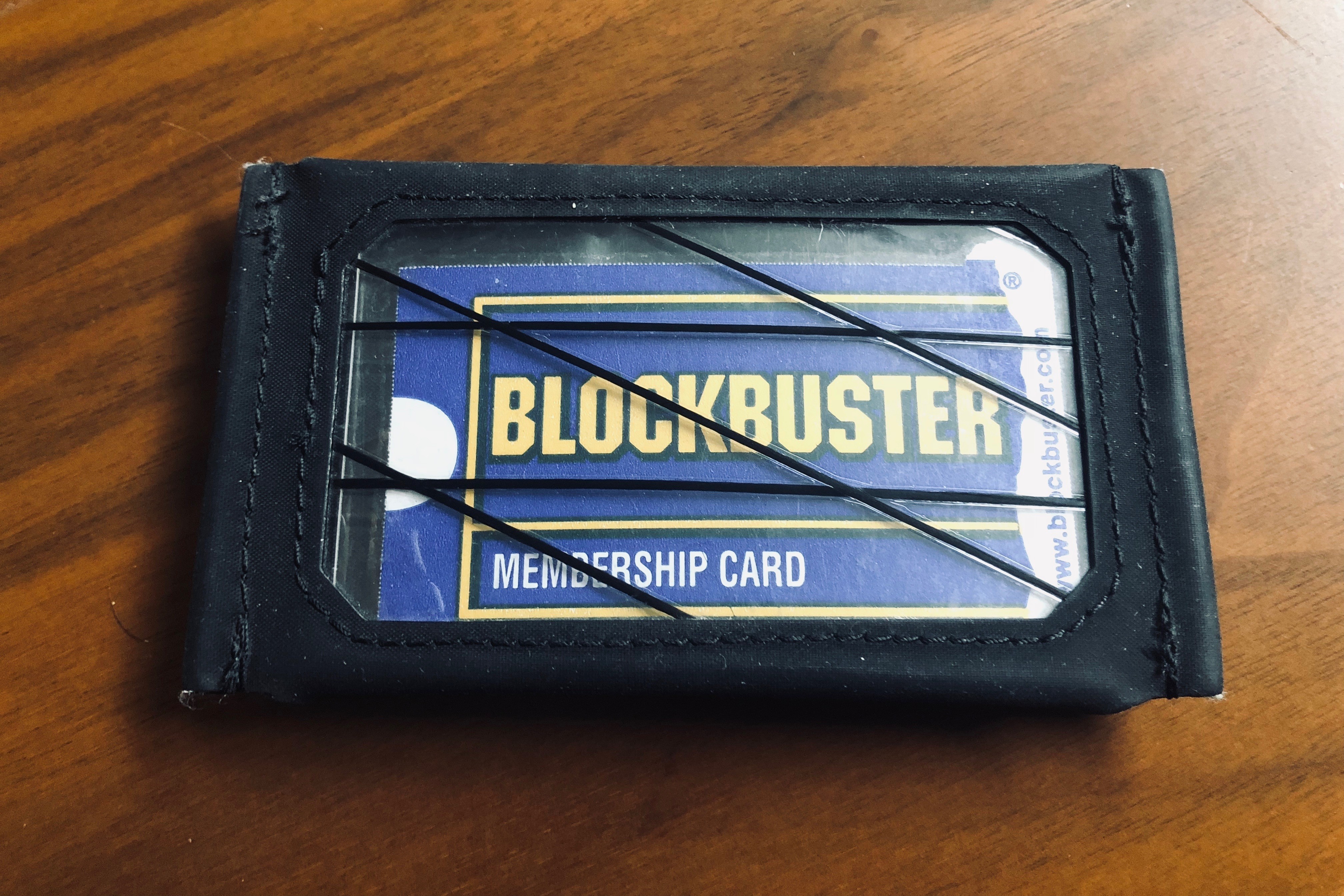 I’ve never been a huge fan of ID windows in wallets, as they take up a lot of space and cause a few issues. A good ID window:

The X-Ply Film has black lines running through it in a diamond pattern which obscures your ID enough that most people asking to see your ID will want it removed. I was very worried about this when buying the wallet, but Triple Aught Design said that they had yet to have issues with this design.

I’ve personally yet to have it not be an issue. Don’t even bother trying to show TSA your ID this way.

This very much feels like it was tested with only one ID layout and it worked for that, but it does not work for my Washington Driver’s License at all. It obscures important data in is overall just stupid. Why would you build an clear ID slot and then put black lines over it?

This is a better idea, than it is a product. As an concept I really loved this wallet and liked watching the wallet be shown on Instagram. It seemed to check a lot of boxes, even though I knew it would come out to be large. In practice, even at $35, I cannot recommend this wallet. It fails on far too many fronts and will be frustrating to use.